Winners of the 2021 Queen’s Award for Enterprise in the Category of International Trade! 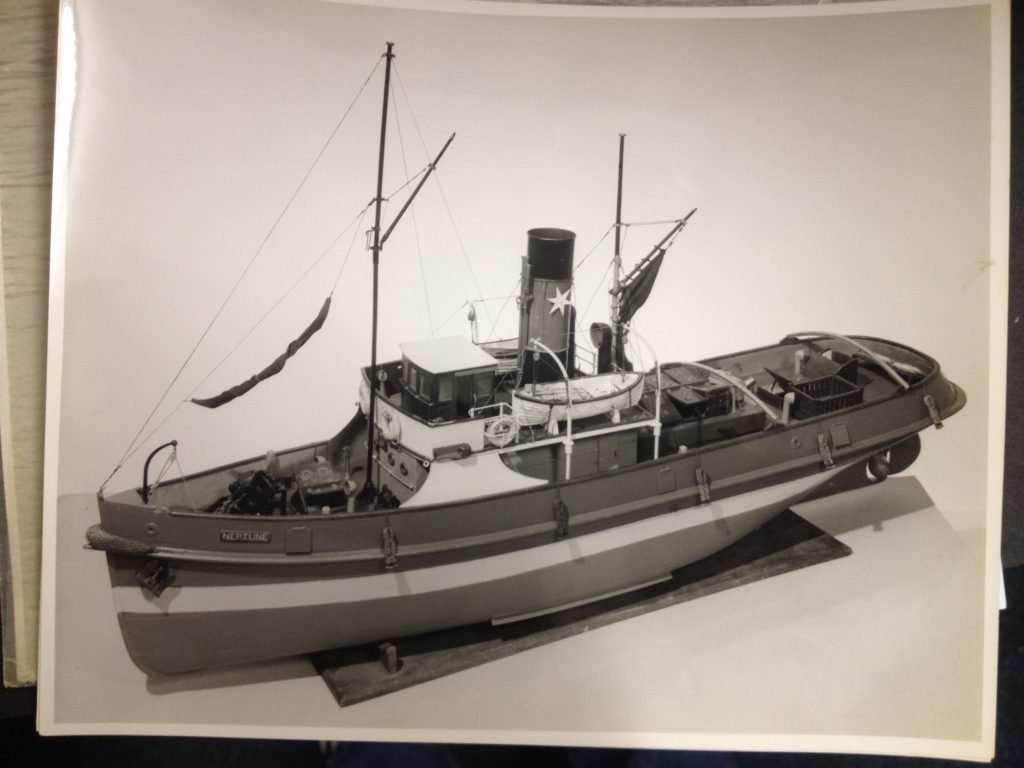 A Sneak Peak into the world of Model Boat Restoration…

We are noticing more and more ship, boat and yacht model owners are bringing in their models for Restoration. Whether the models were bought at an auction, build by a keen enthusiast or passed down generations, there always seems to be a fascinating story behind the models we get coming through the door.

So whether the models have been damaged through wear and tear, attacked by pets, damaged in transit, built up dust, unfinished models, you name it we’ve seen it. Each restoration is different but essentially it’s about maintaining the integrity and keep as much of the original model preserved.

Our lead model Restorer Plamen, (pictured below) has almost 30 years’ experience to his name; a keen enthusiast and perfectionist, Plamen has a real passion for building and restoring models to their glory. 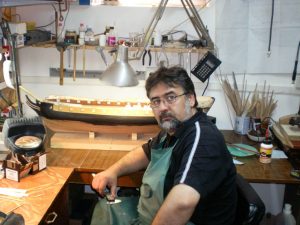 When asking Plamen, he says ‘the most important task in the restoration process was to ensure that any work done on the model would keep the model as close as possible to the original model.’ 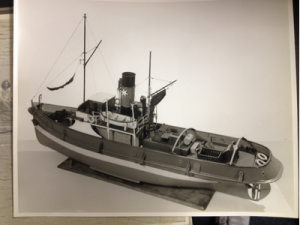 Above we have an example of a Model Boat Restoration carried out in the UK. The photos sent to us by the client capture the model boat in its prime. These photos allowed us to ensure that any work done to the model would not change the general appearance of the model too much from the original.

But at 2 meters in length and filled with heavy machinery it wasn’t an easy task.

From examining the model we noticed that unfortunately the wood was rotten. 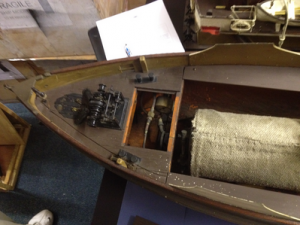 In the above picture the extent of the rot can be seen clearly along the left side of the deck.

The model’s deck also had several removable parts which allowed access to the parts beneath. 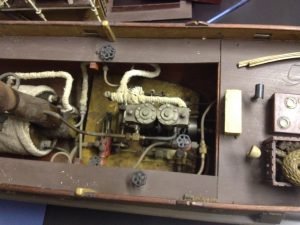 The above picture displays how the deck has been removed to show the parts underneath. During the restoration process several new parts for underneath the deck were produced and replaced the old parts.

The old paint was stripped from the model; as seen in the picture below. 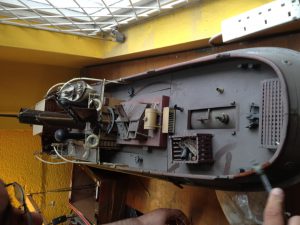 The model was then repainted, giving attention to matching the old model’s colours and giving the model boat an authentic look. 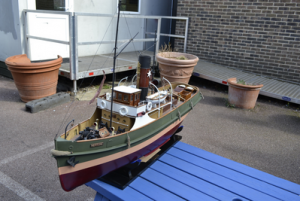 The above picture shows the model after the restoration process had been completed. The photo is a good representation of the quality of the painting that was undertaken.

The structure was treated with conservation solutions, to avoid woodworms affecting the model again.

Displayed below are two photos; one which shows the condition of the model when it was initially received and the second showing the model following the completion of the restoration process. 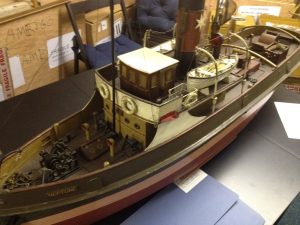 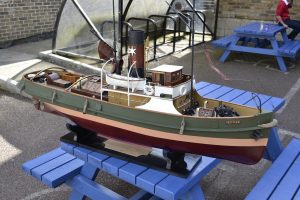 The above two pictures show the extent of the quality and care involved in the restoration process. They also demonstrate how we have closely matched the client’s expectations whilst also improving the overall quality and appearance of the model.