The Battle of Gallipoli

The 25th April is the day in which all Australians and New Zealanders pay respect to those who have served and died in wars and conflicts. Commonly known as Anzac day, it has been celebrated each year since 1915 following extensive campaigning by Anzac forces in The Battle of Gallipoli. With the 100 year anniversary coming up next April, and Remembrance Day in the UK having just passed, we thought it appropriate to pay tribute to this campaign, the men who fought in it, and the ships that sank in their attempt to secure victory.

Purpose of the war

The campaign is usually referred to as The Battle of Gallipoli, which is not correct since it was actually a series of battles spread across the duration of just less than a year. Originally intended to be a short campaign, one which would not be met with much resistance, the campaign proved to be more costly and lengthy than British forces would have hoped.

The first purpose of the campaign was to establish a route between the British and the French and their allies the Russians. The map below shows clearly how obtaining territory in the Gallipoli peninsula would help to achieve this. 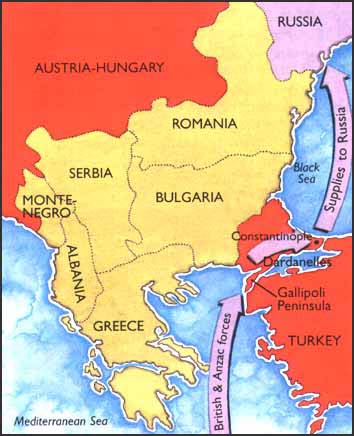 The second purpose of the campaign was to try and knock Turkey out of the war through effectively capturing their capital. The British and French forces hoped that this result would lead to Turkey withdrawing their support for German forces.

The final purpose of the campaign was, through capturing the Gallipoli peninsula, the British and French hoped that this would persuade Balkan states to join the allied forces.

Outcome of the war

After one year of extensive fighting and casualties, even with the use of increasingly aggressive tactics by British and French forces, the campaign was eventually a failure. It was wrongly presumed that the campaign would be relatively quick and ultimately successful. Since the campaign covers the period of a whole year, we have condensed the information down in to the timeline below. The timeline specifically highlights events that relate to ANZAC forces. 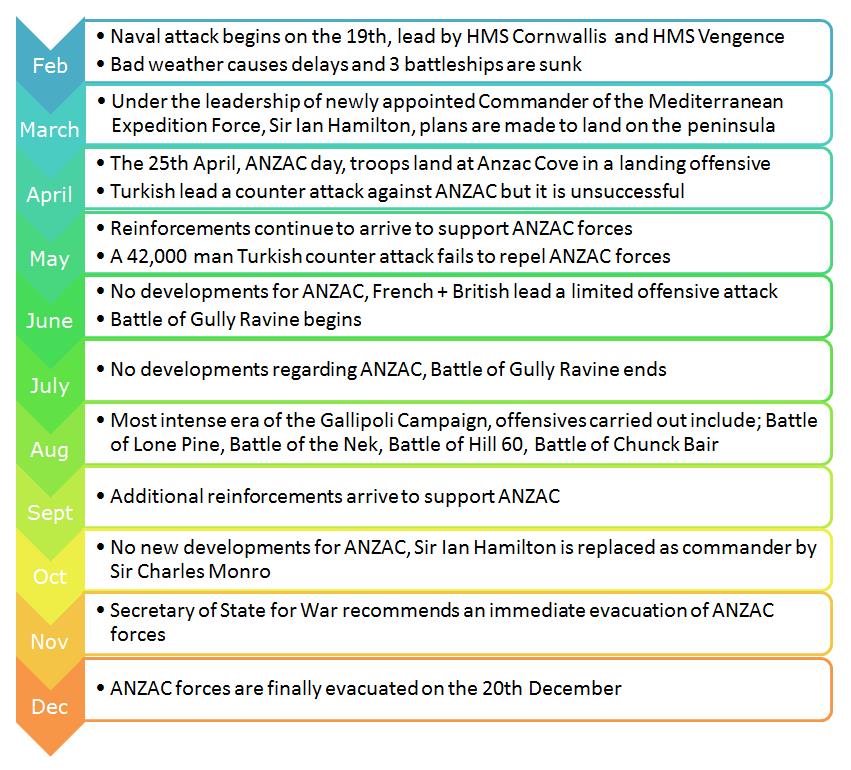 The significance of the day

The part that Australian and New Zealand forces played in the Gallipoli campaign gave rise to some of the first feelings of nationalism and separation from the British Empire. ANZAC forces generated a lot of recognition for their bravery and the length of time in which they held their ground on the Gallipoli peninsula began a legacy that would never be forgotten.

In memory of those who died, and the ships that were sunk; and in recognition of the 100 year anniversary of ANZAC day; below are 100 ships that fought in The Battle of Gallipoli.

If you enjoyed reading this article then please feel free to share it below with your friends.