The lost expedition of John Franklin 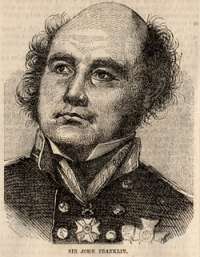 John Franklin was the Christopher Columbus of his time. A time when there were no satellites, no GPS and no real way of keeping in contact with somebody once they had set sail upon the merciless seas.

So when John Franklin went missing during one of his routine trips to the arctic, it took an astonishing two years before people went looking. After a reward was placed on the discovery of Mr Franklin’s ships, many keen and young sailors set out to find the treasure. In fact so many so, that far more people ended up missing in the attempt to find he who was missing in the first place.

Recently, the mystery has been put to rest after one of his ships was discovered near Canada. With the mystery at an end, what begins now is a renewal in the interest surrounding Mr Franklin. This infographic takes you on a journey through his life, the famous expedition, and the recent events involving the discovery of John Franklin’s Lost Expedition: 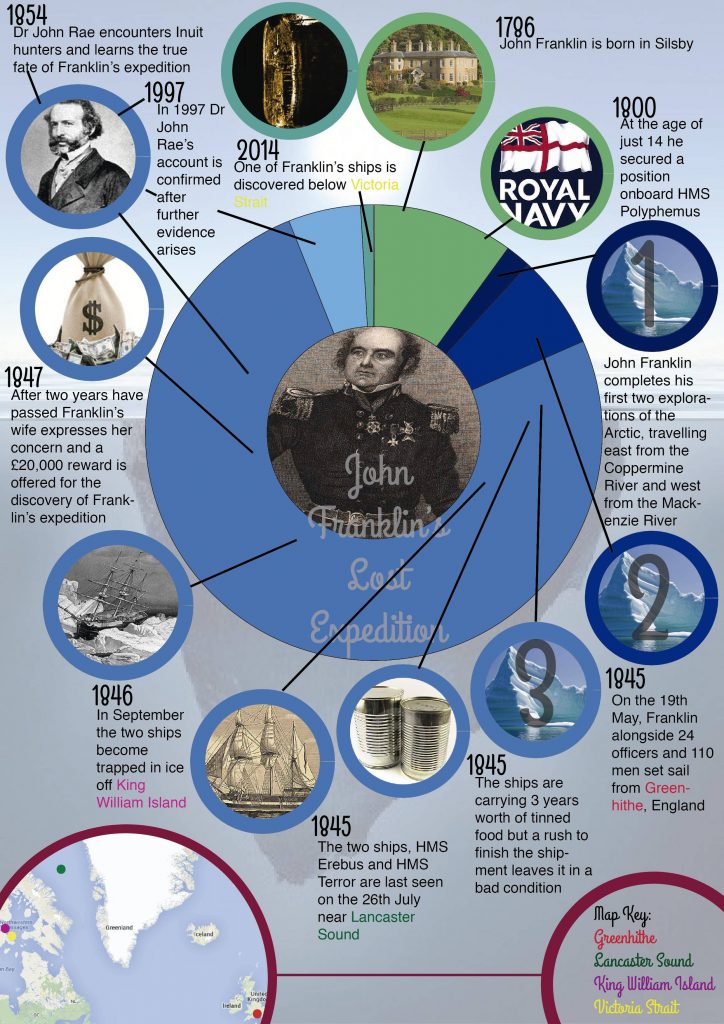 The discovery of this historical ship represents the extent to which our technology and civilization has developed over the past 150 years. What could not be found by multiple groups of people 150 years ago could be found in 2014 by a small group of people with the aid of highly advanced technology.

John Franklin was an ambitious man and his quest to map out the arctic caused him to go missing. 150 years later and we can see the arctic from space, go on our computers and explore the coastline ourselves through Google Maps. In this sense his story is very tragic. However, nobody will ever forget the courageousness and diligence of Mr Franklin, and the discovery of his ship has only helped to remind people of what a great man he is.