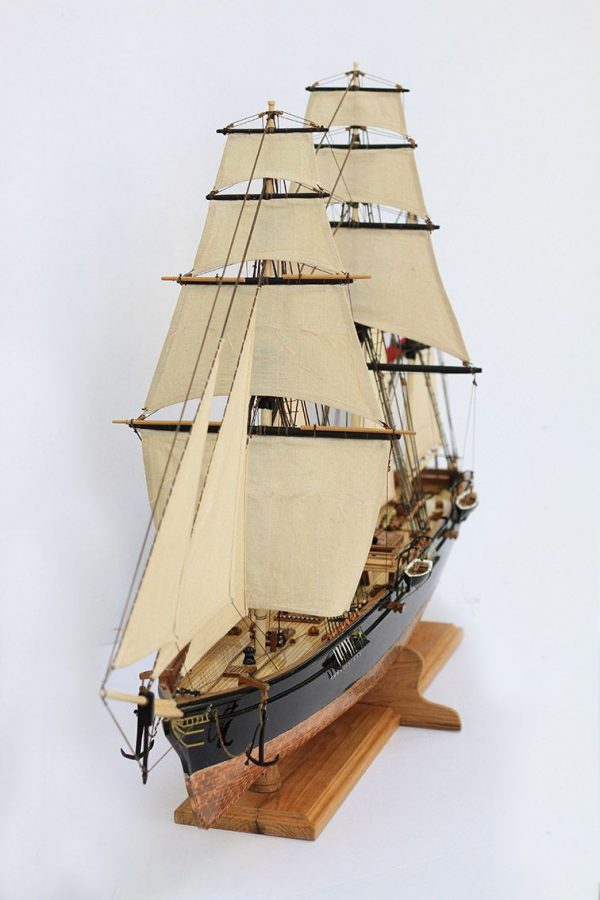 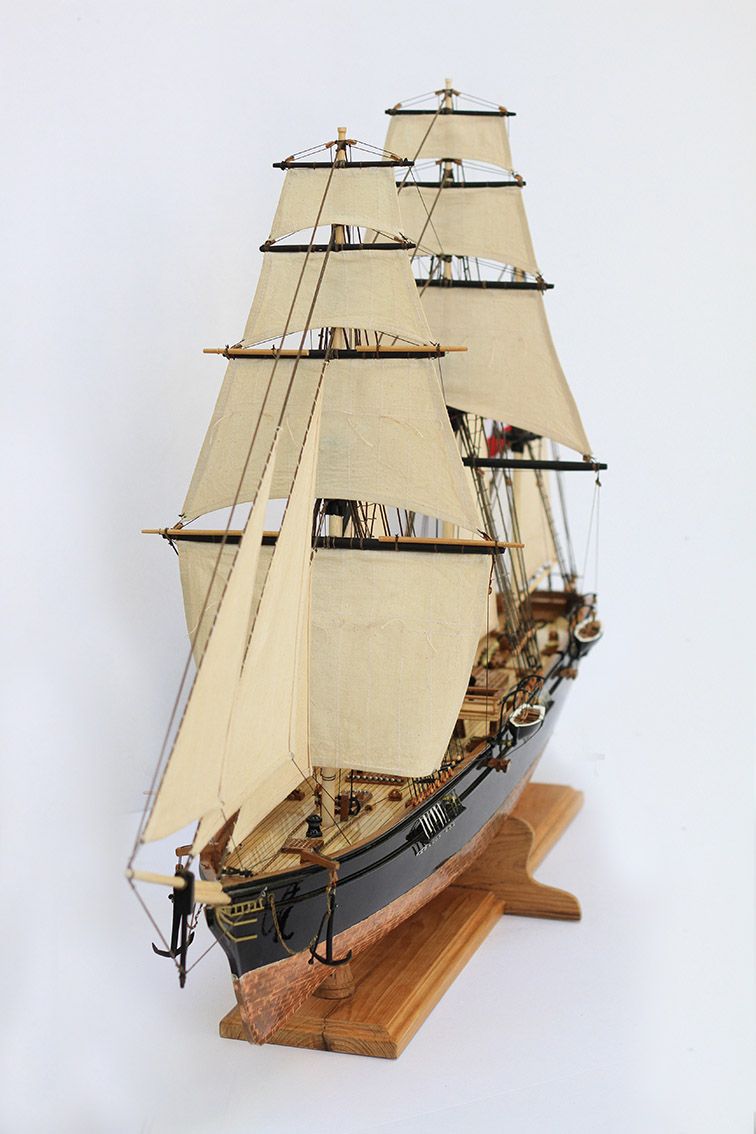 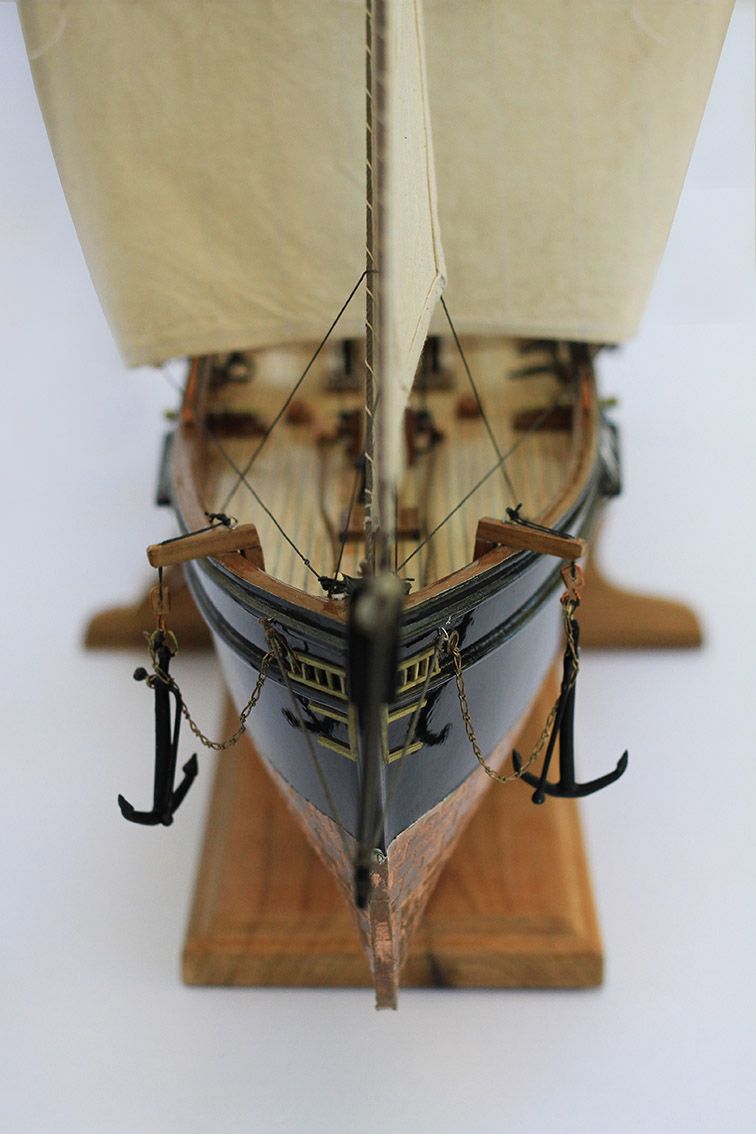 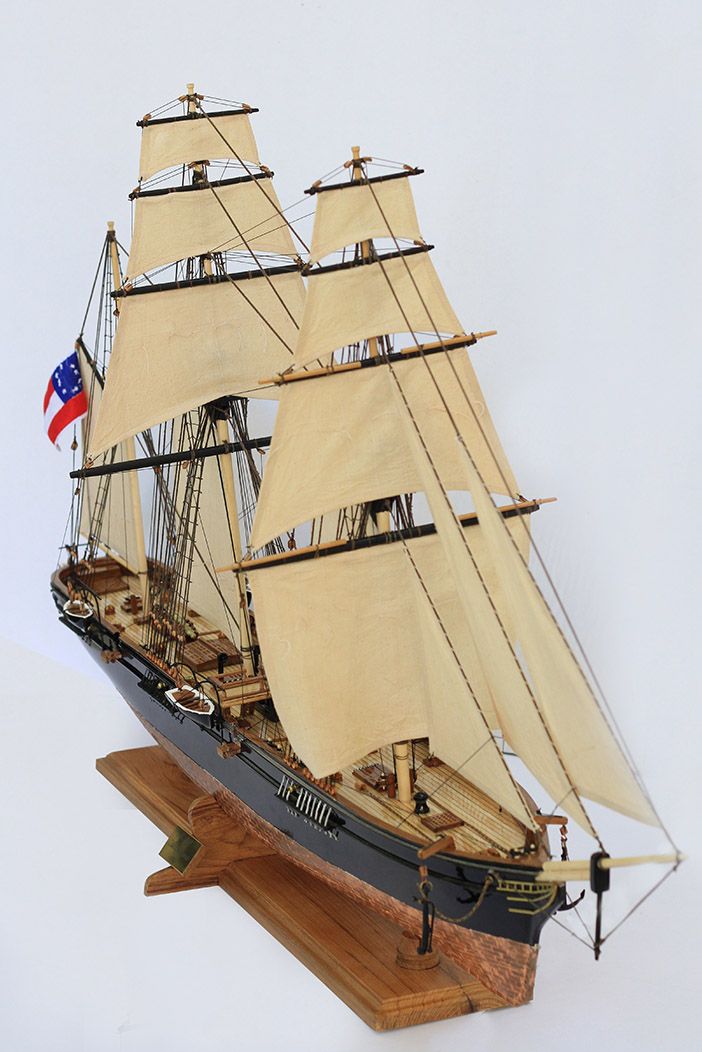 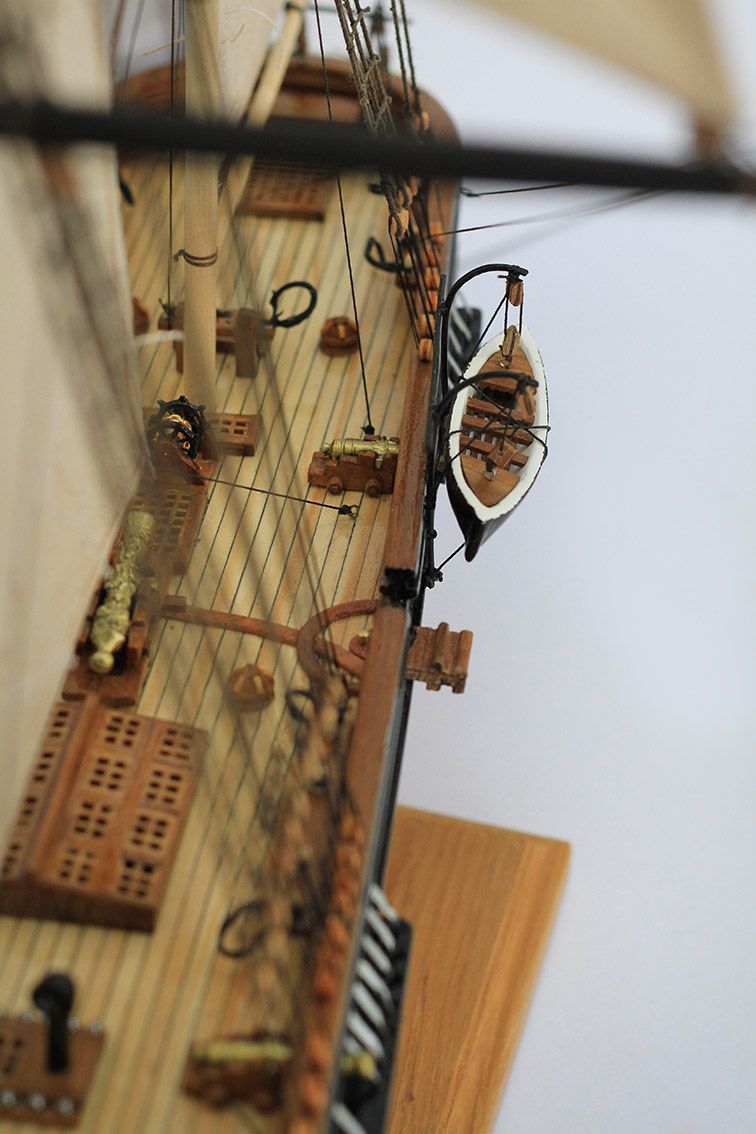 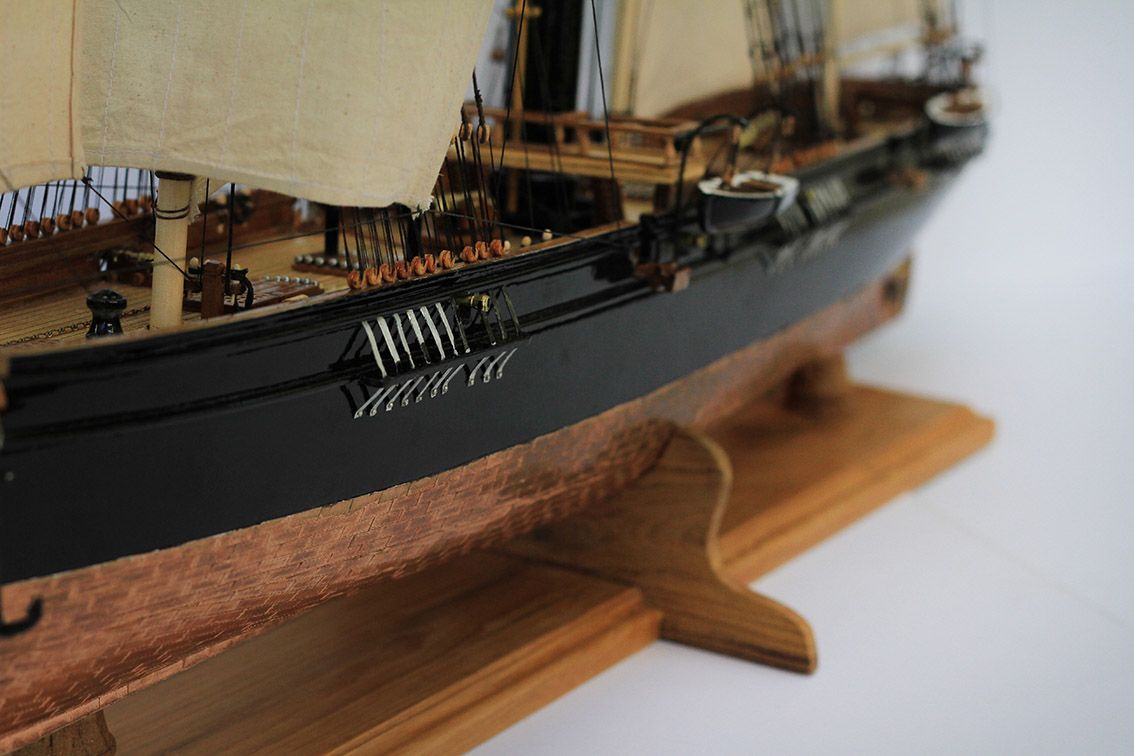 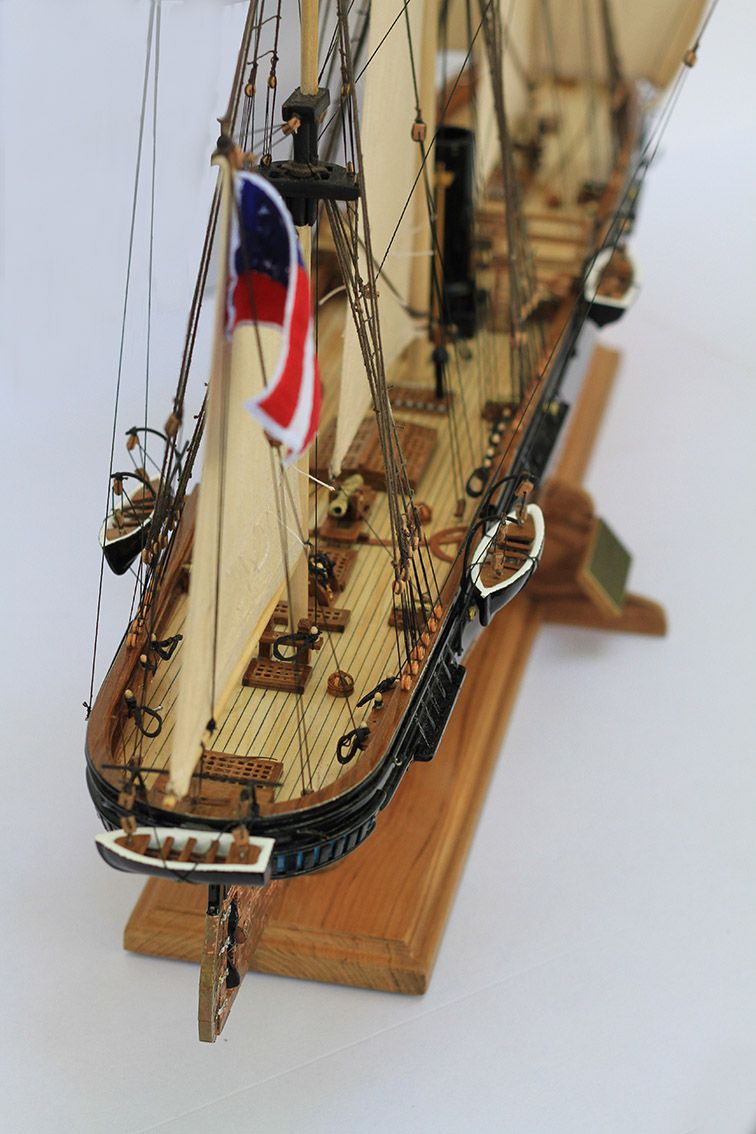 The ship was commissioned by President Jefferson Davis, about a mile off the island of Terceira in 1862. Captain Raphael Semmes was authorised to take command of the new cruiser. Captain Semmes made a speech about the Southern cause to the assembled sailors, asking them to sign up for a voyage of unknown duration and fate. He offered the crew a sum of money for signing up. Most of the sailors refused to sign up and instead returned to their respective ships for their journey back to England. The rest of the volunteers were therefore recruited from the captured crews of the attacked ships, or from friendly ports of call. In the end, Captain Semmes burnt 65 Union ships of various types. In all of the Alabama’s raids, the crew and passengers of captured ships were never harmed.

In order to make our models, extensive research is carried out to gather as much information as possible on the ship. The ship is then outlined and cut to scale. The hull is made of two layers of wood. The bulkheads are cut out of plywood and assembled to make up the first planks of wood and the deck. The deck is laid on a plank, following the same pattern as the actual Alabama ship. The first side of the hull is attached, sanded and smoothed. A second layer of teak, mahogany or wood is placed on top depending on the desired finish.

Our manufacturers are made up of a highly skilled and experienced team of more than 30 craftsmen. They work from precise, original plans and carefully selected materials. The workshop covers all stages of model boat building, hull assembly, rope laying, sail cutting, part carving and wood varnishing. A first prototype is always produced for validation before the final models are produced.

Sorry we have no extra information for this product
This Vessel Type is Bark
Copyright © 2021. UK Premier ship Models. All Rights Reserved.