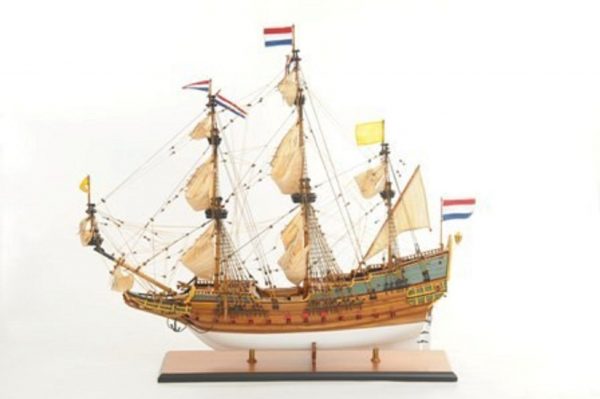 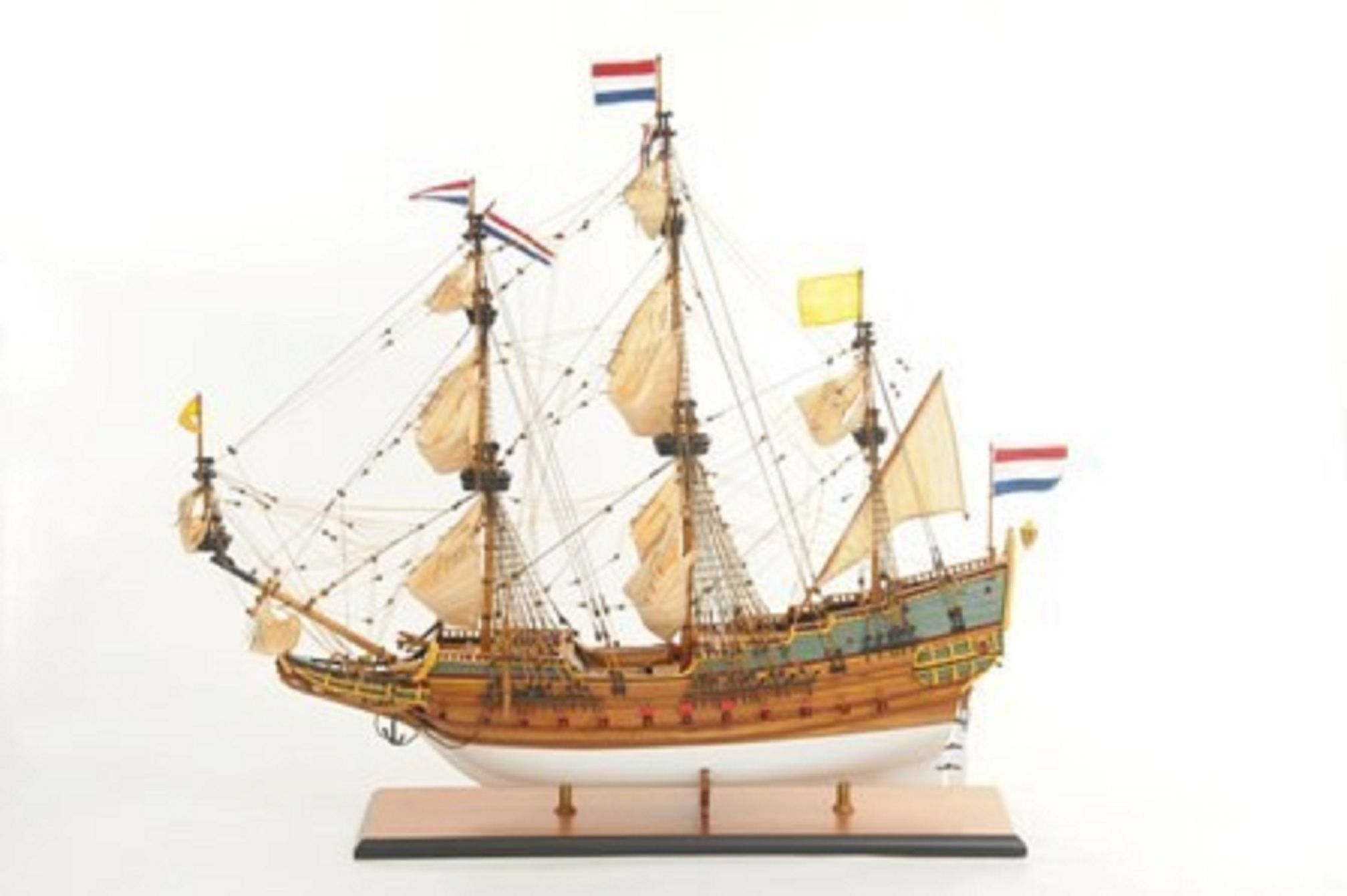 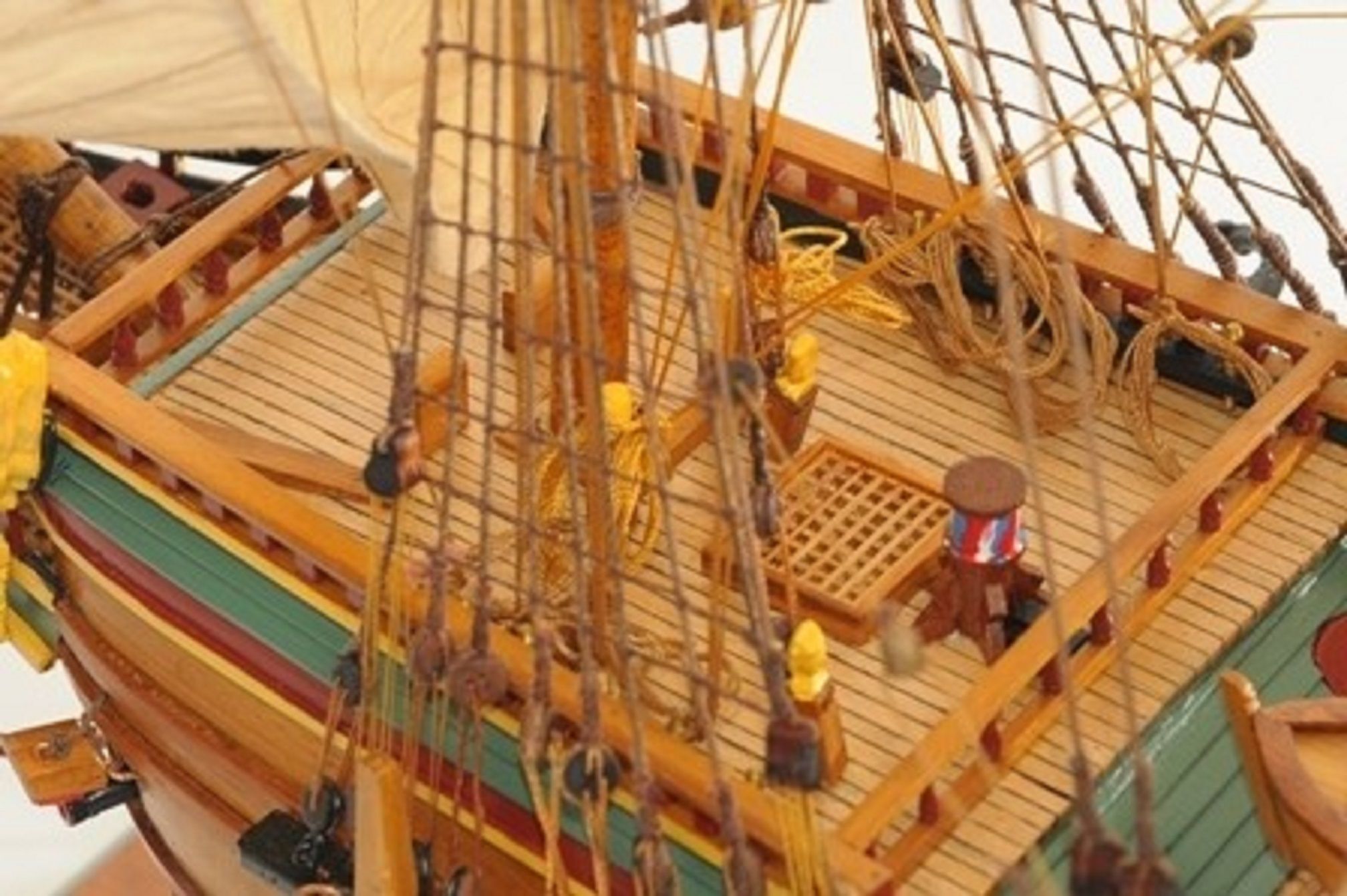 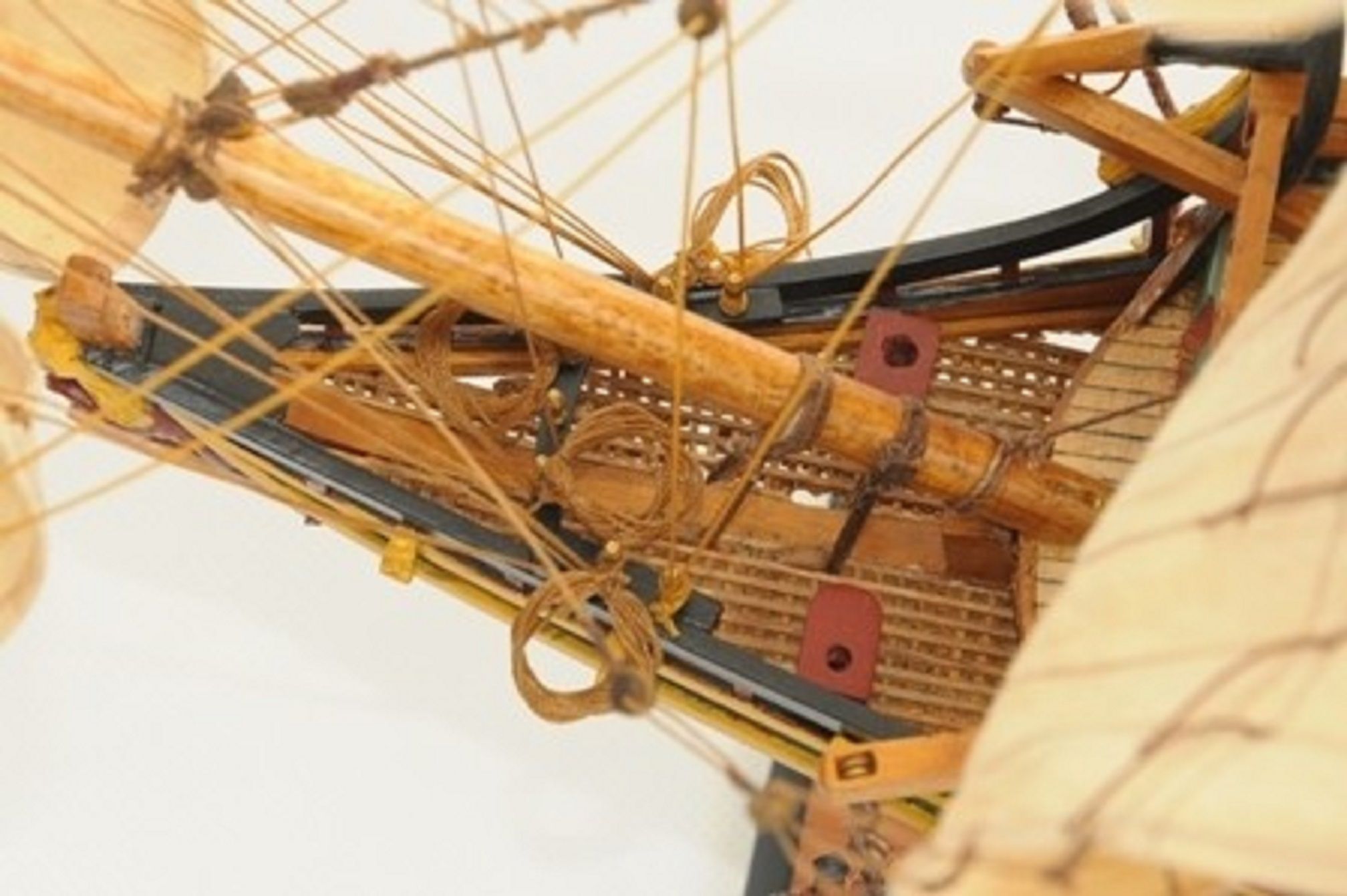 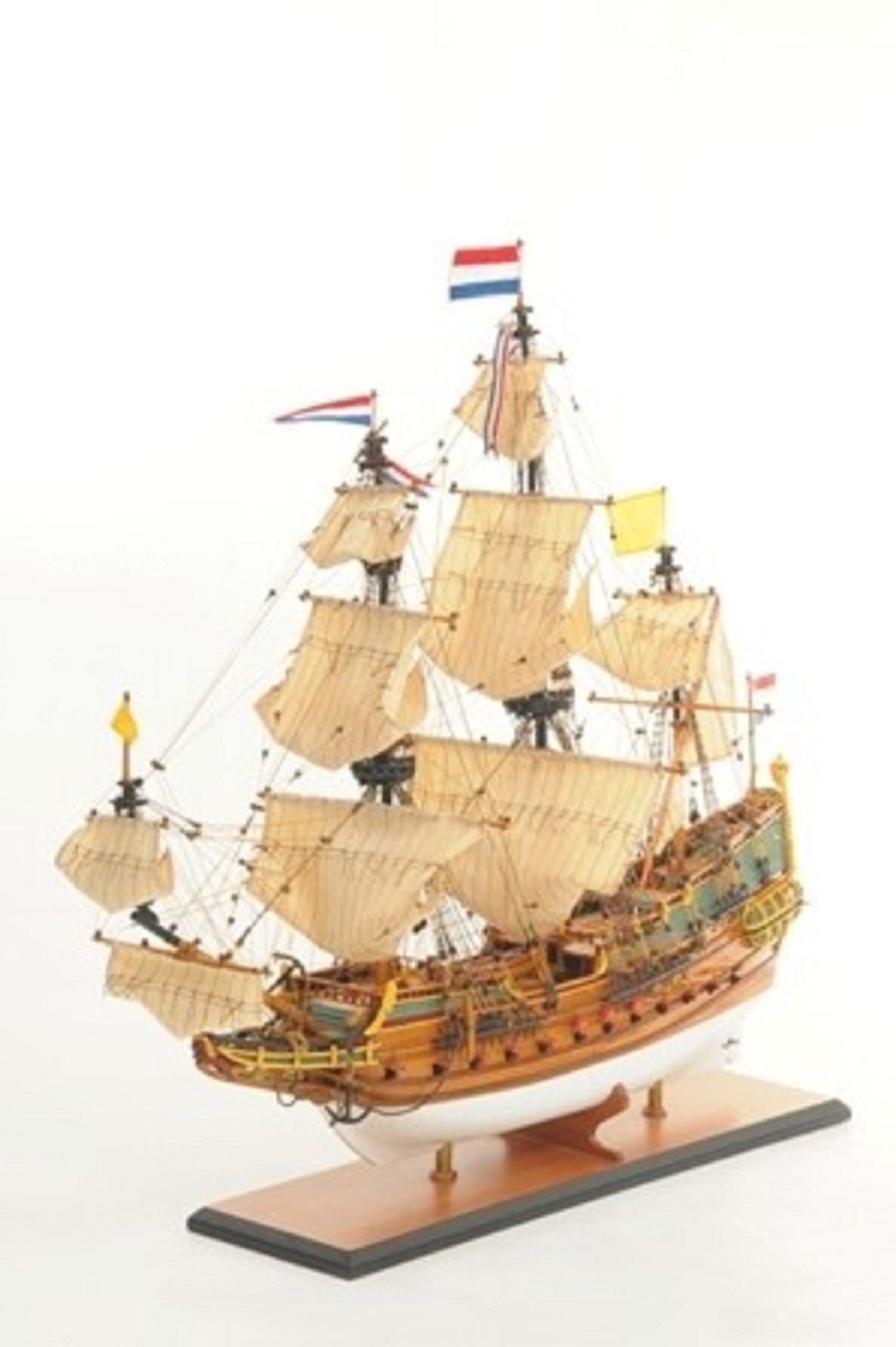 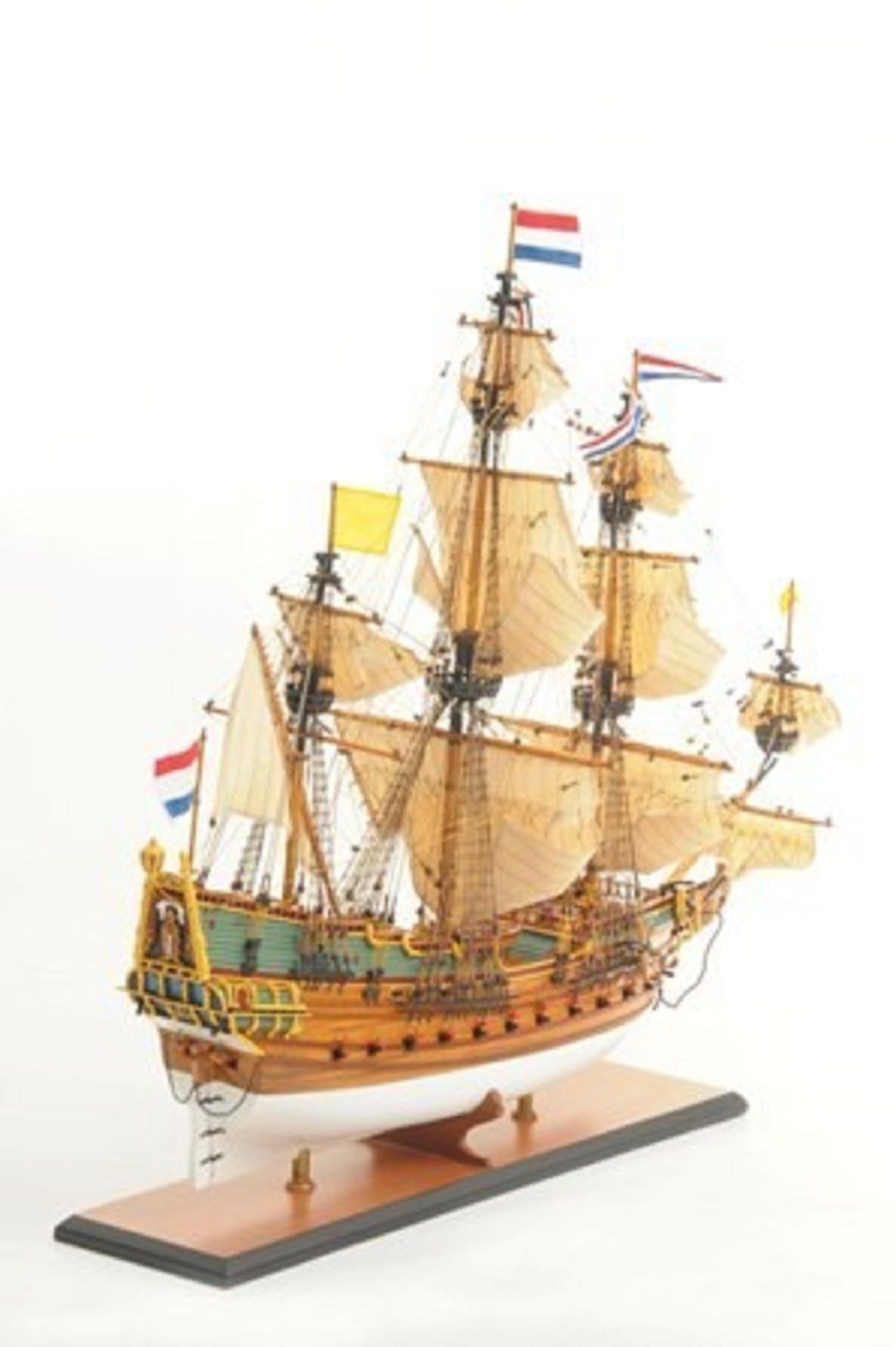 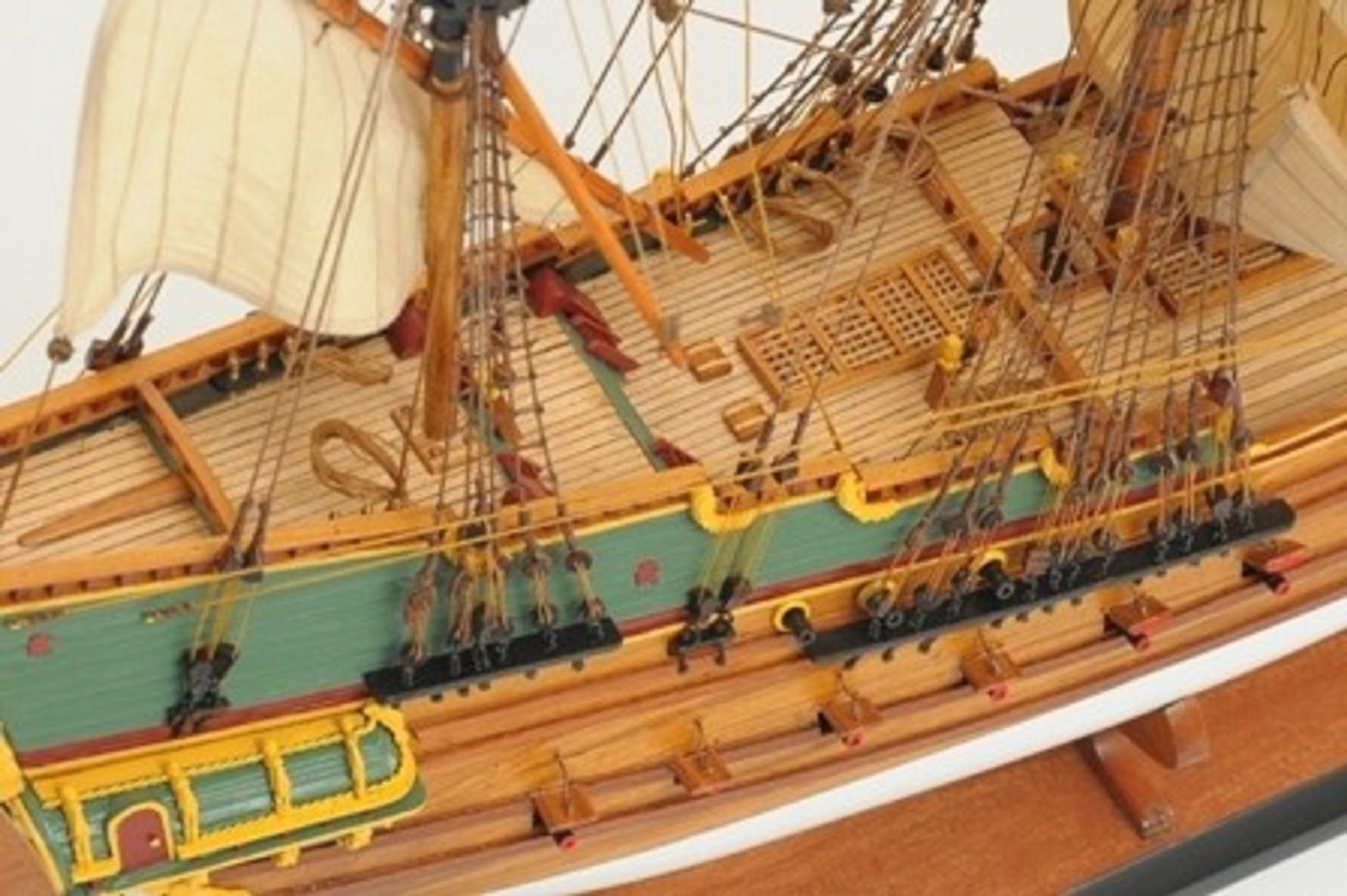 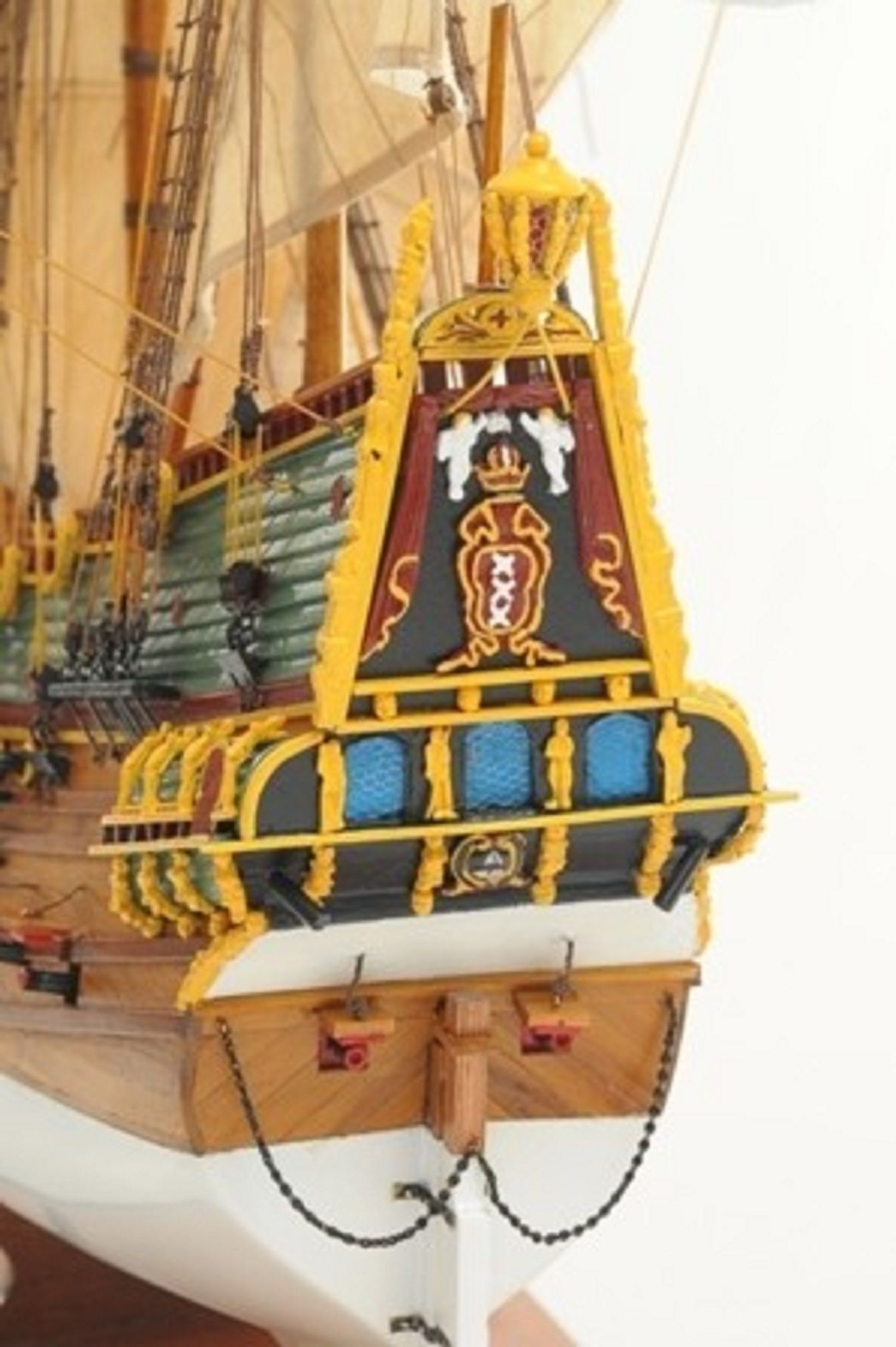 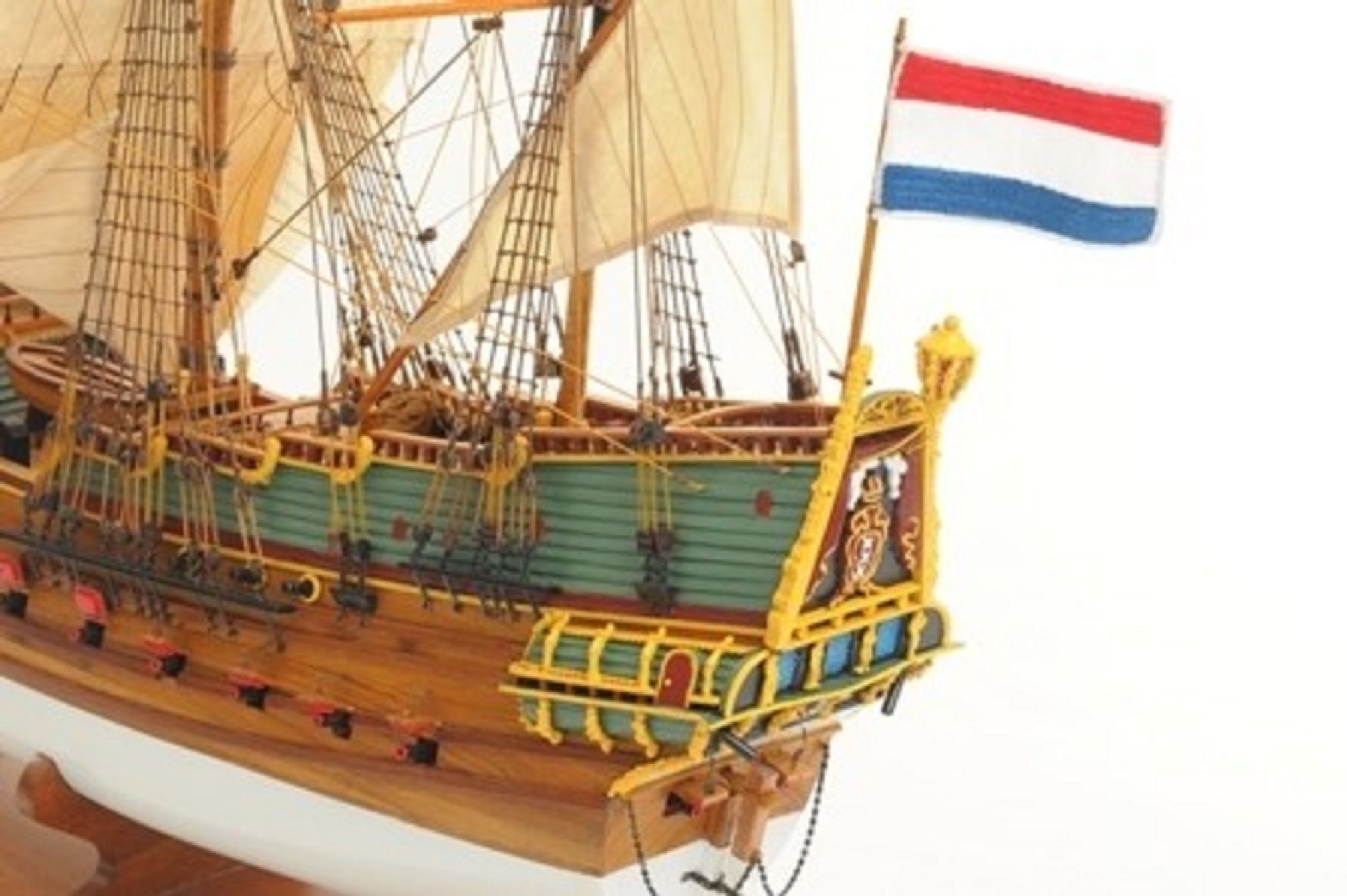 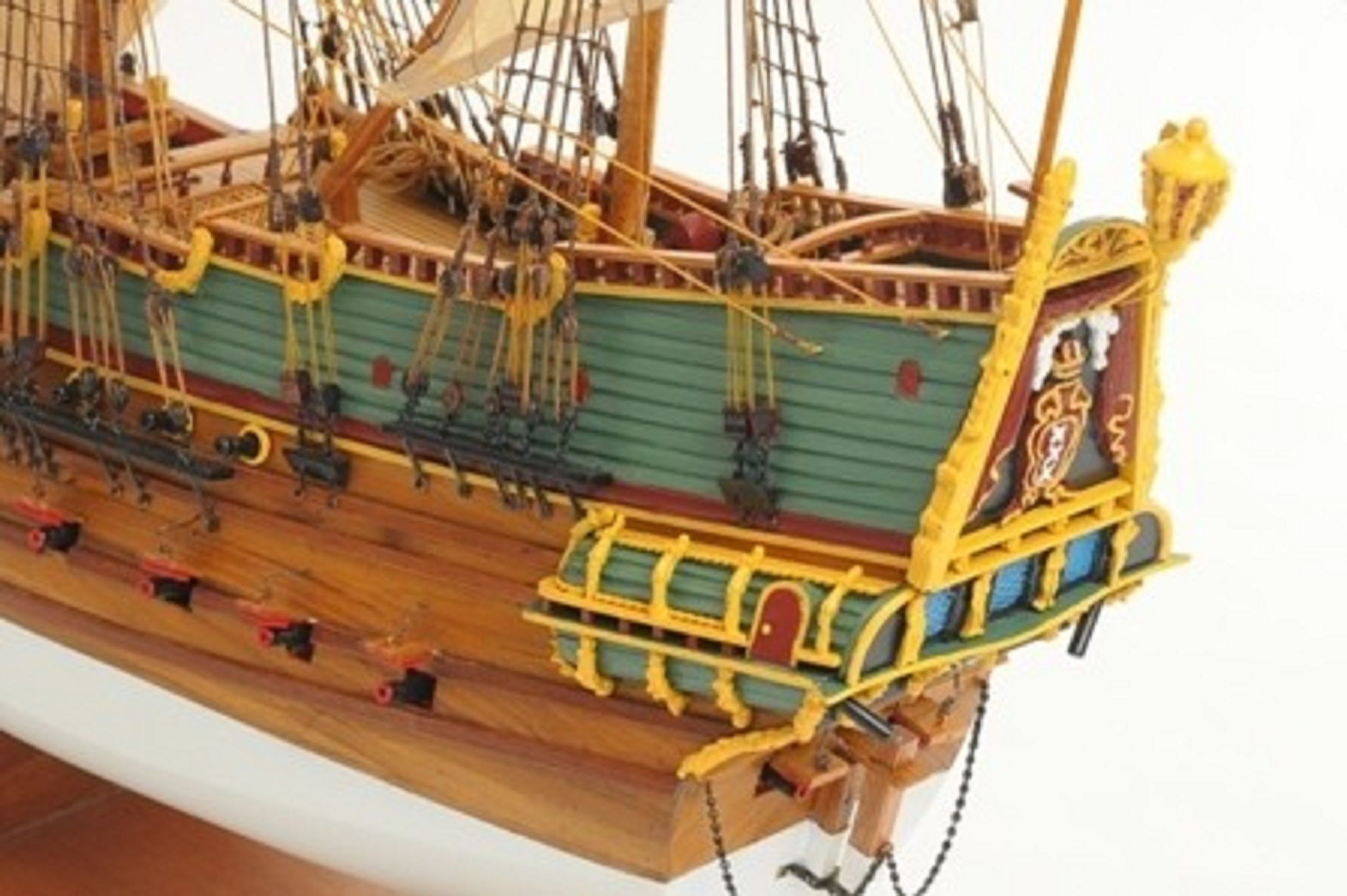 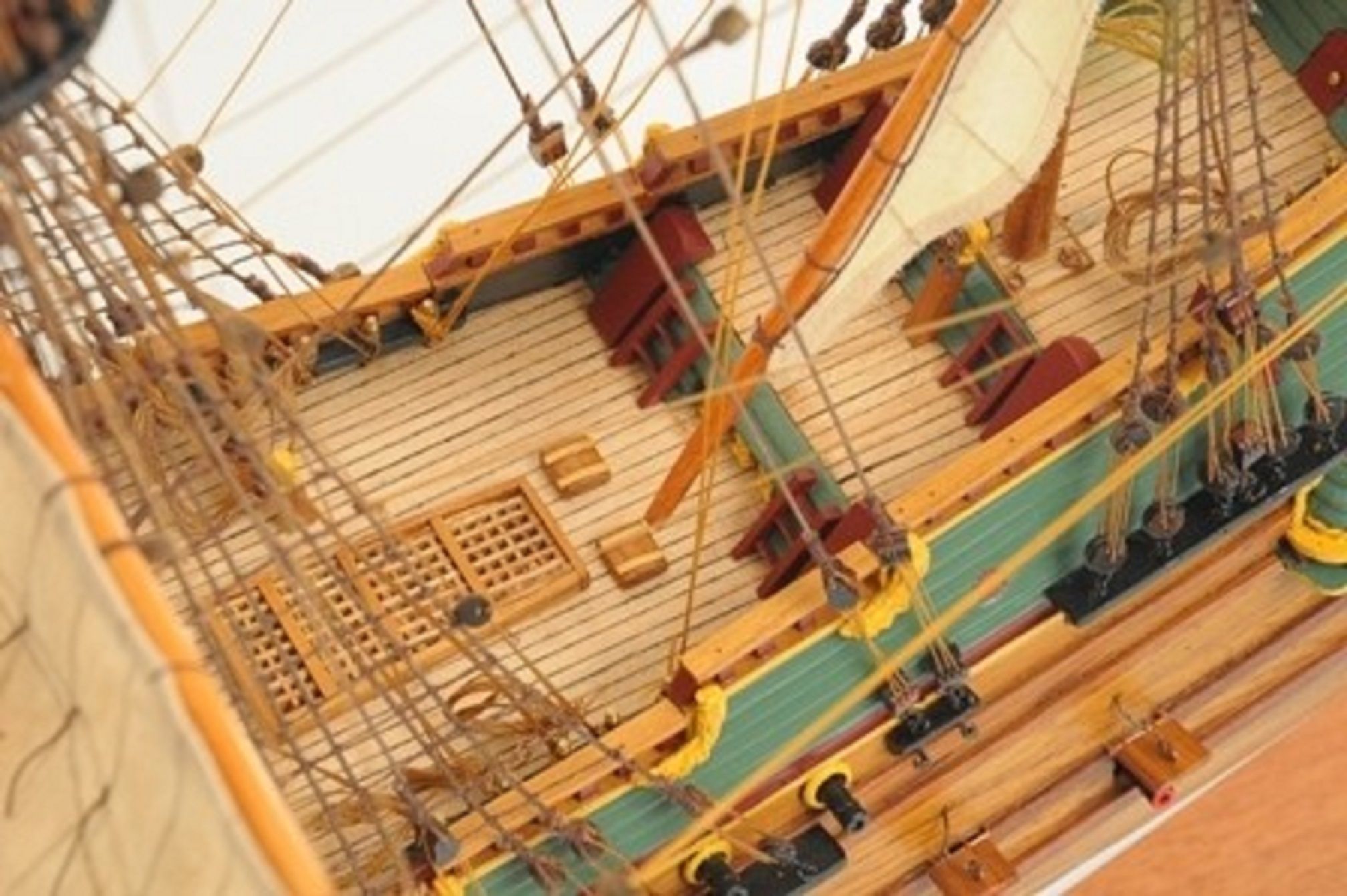 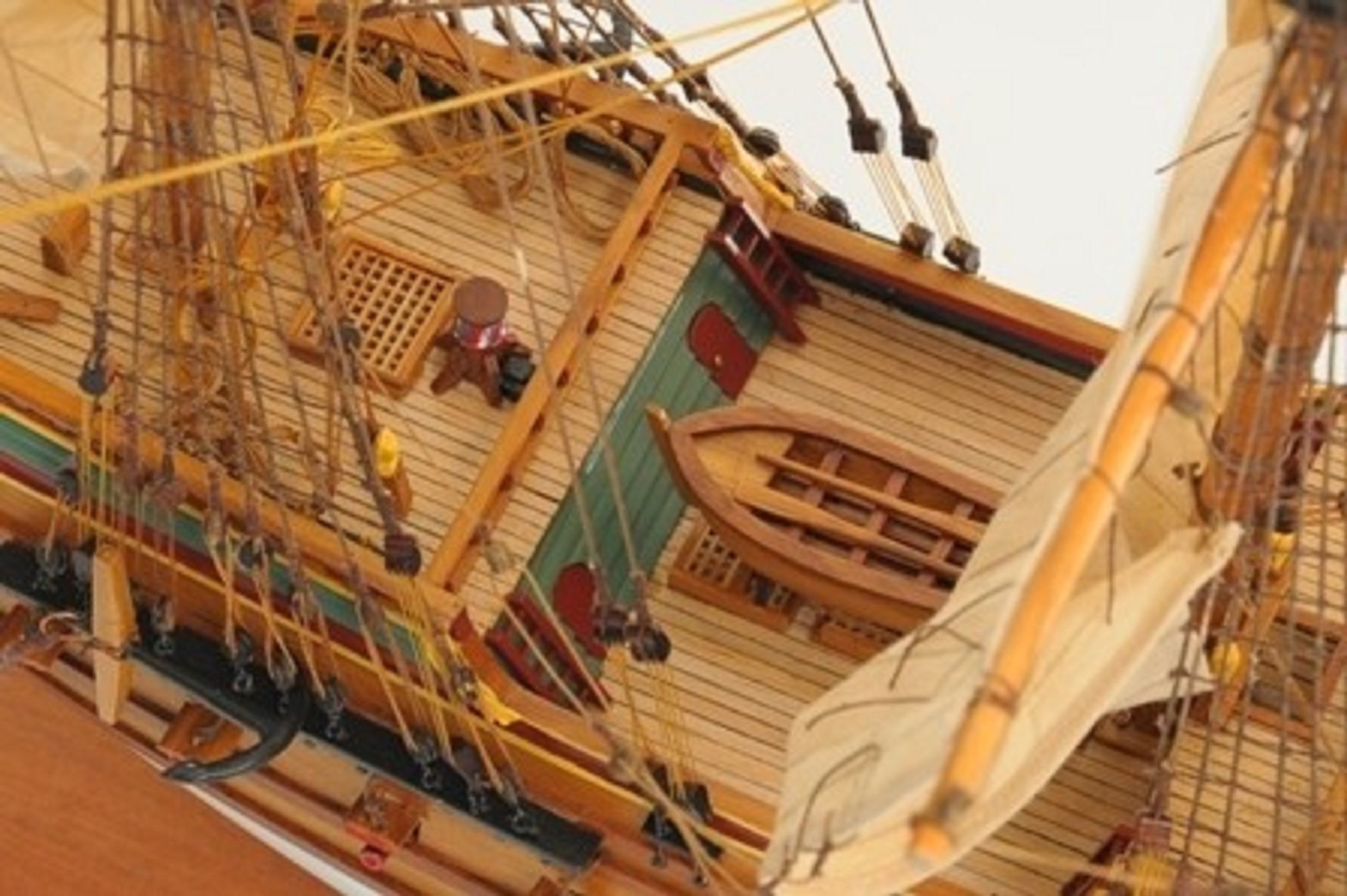 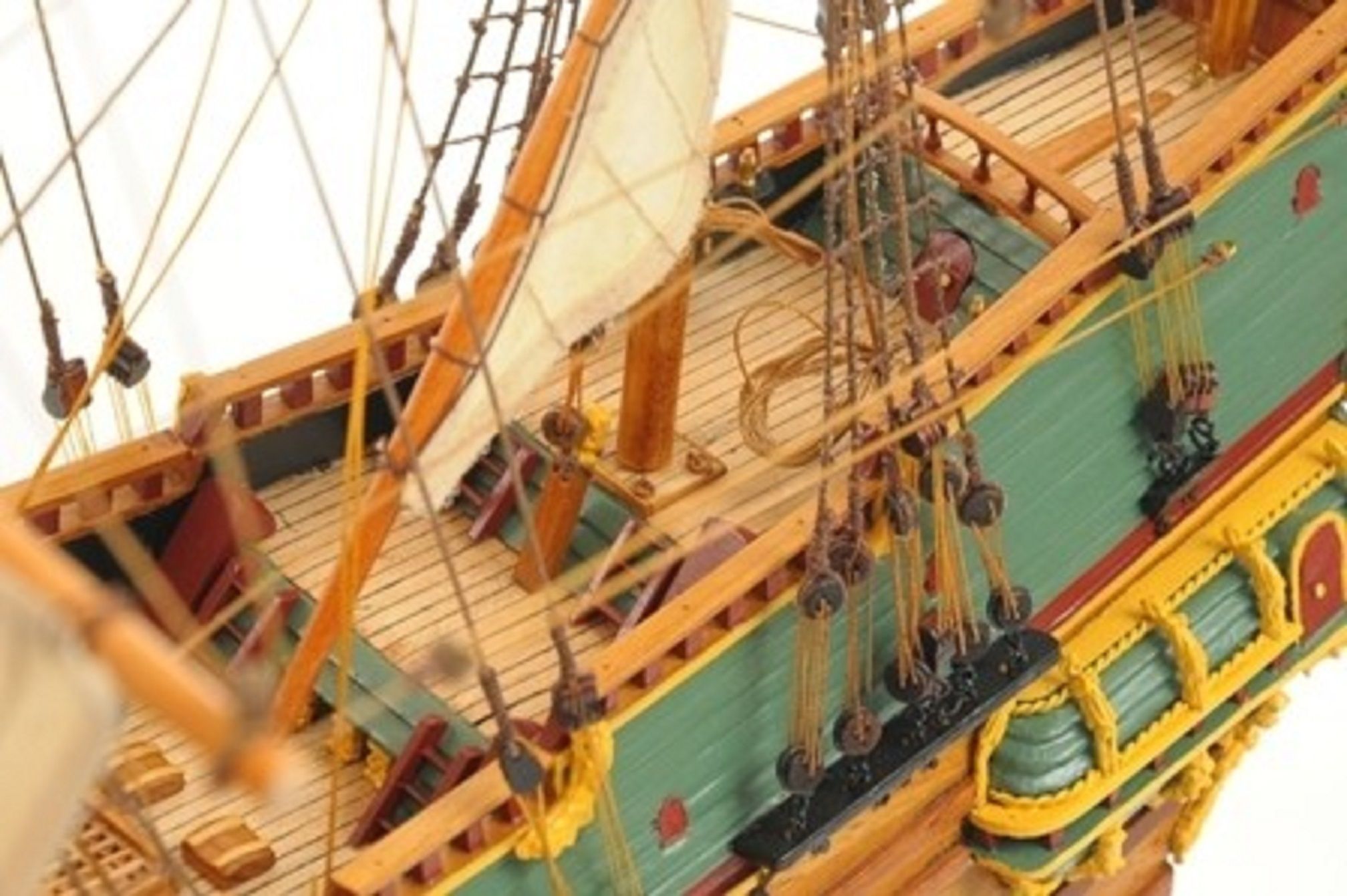 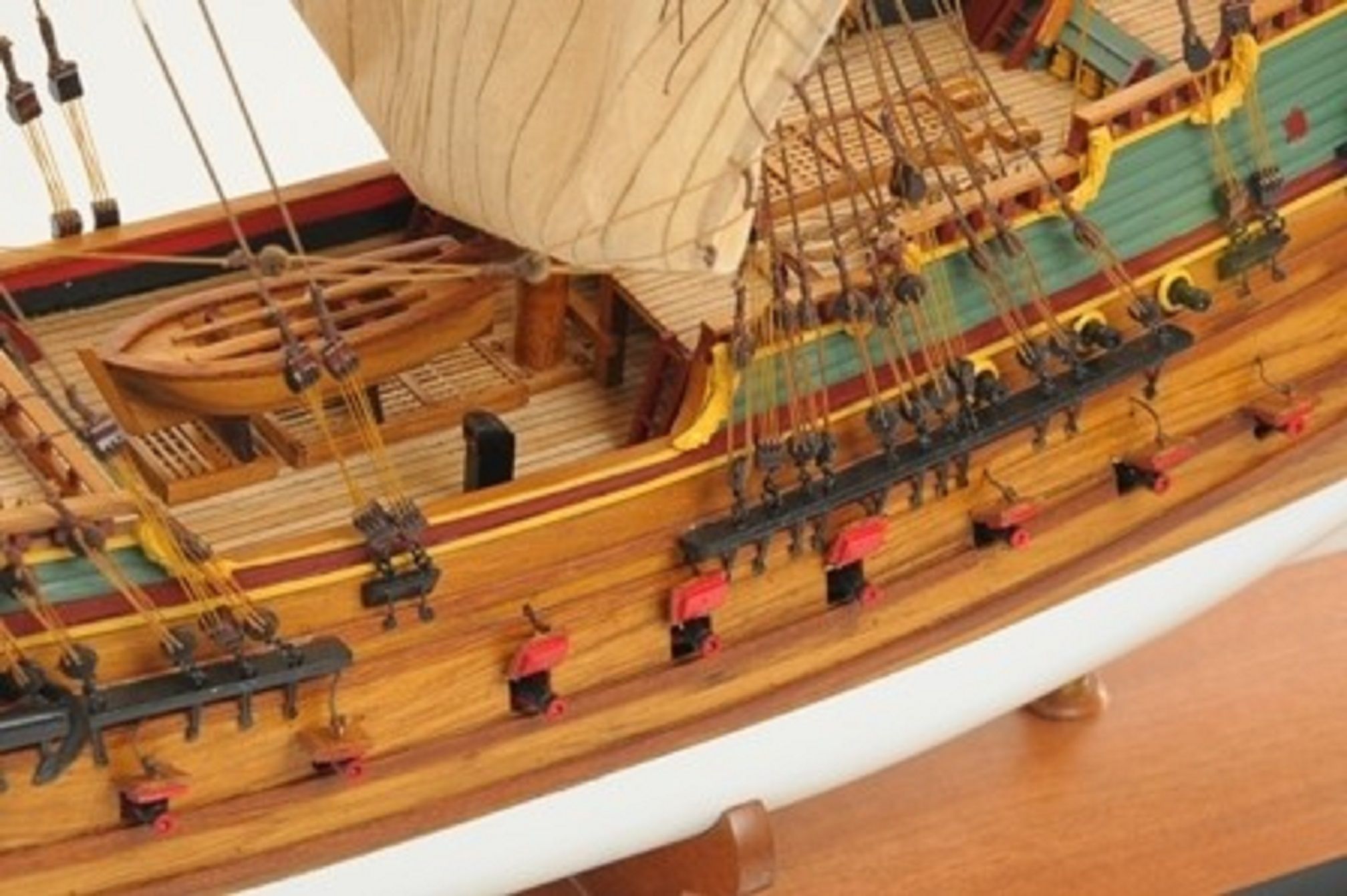 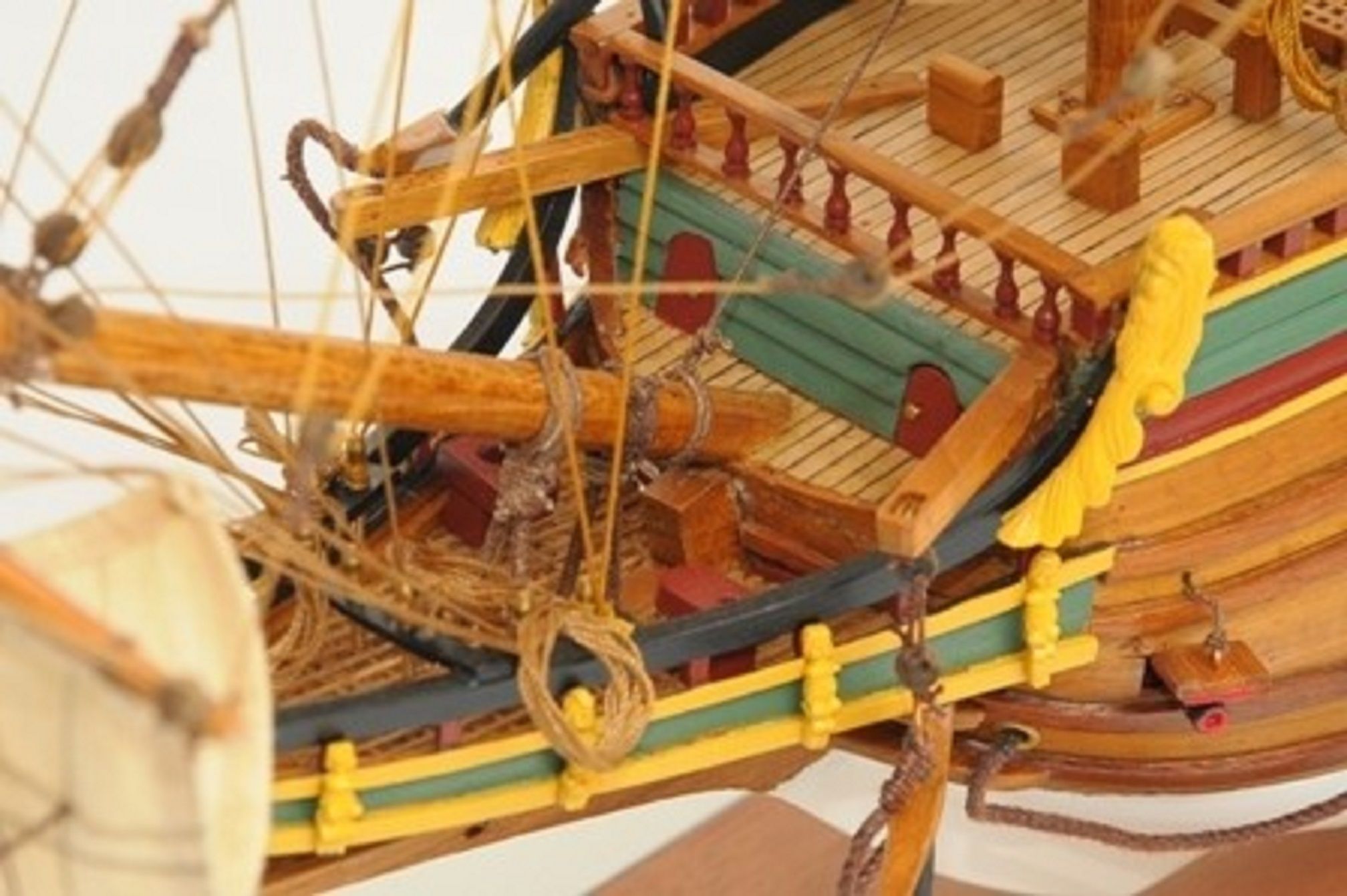 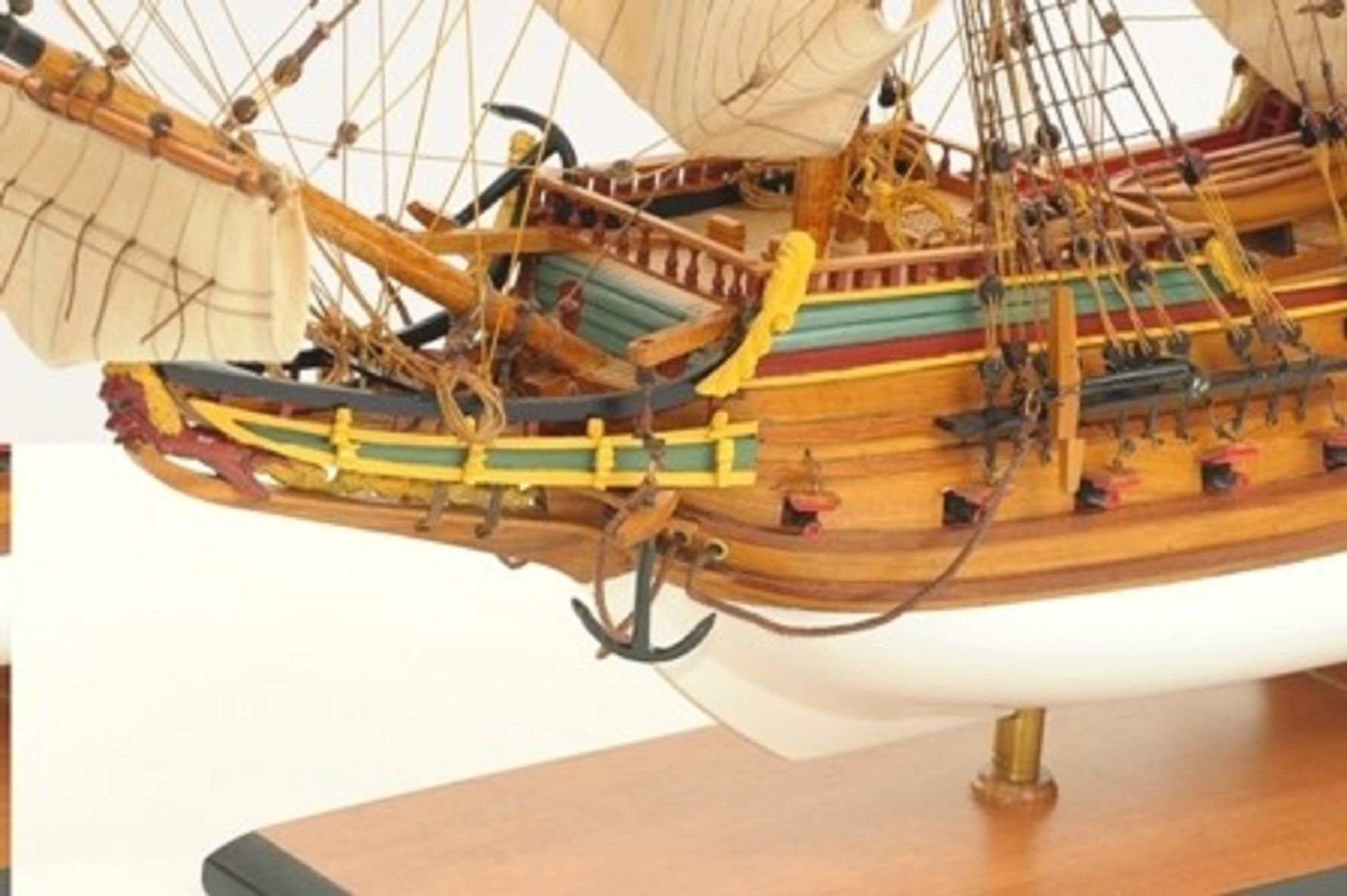 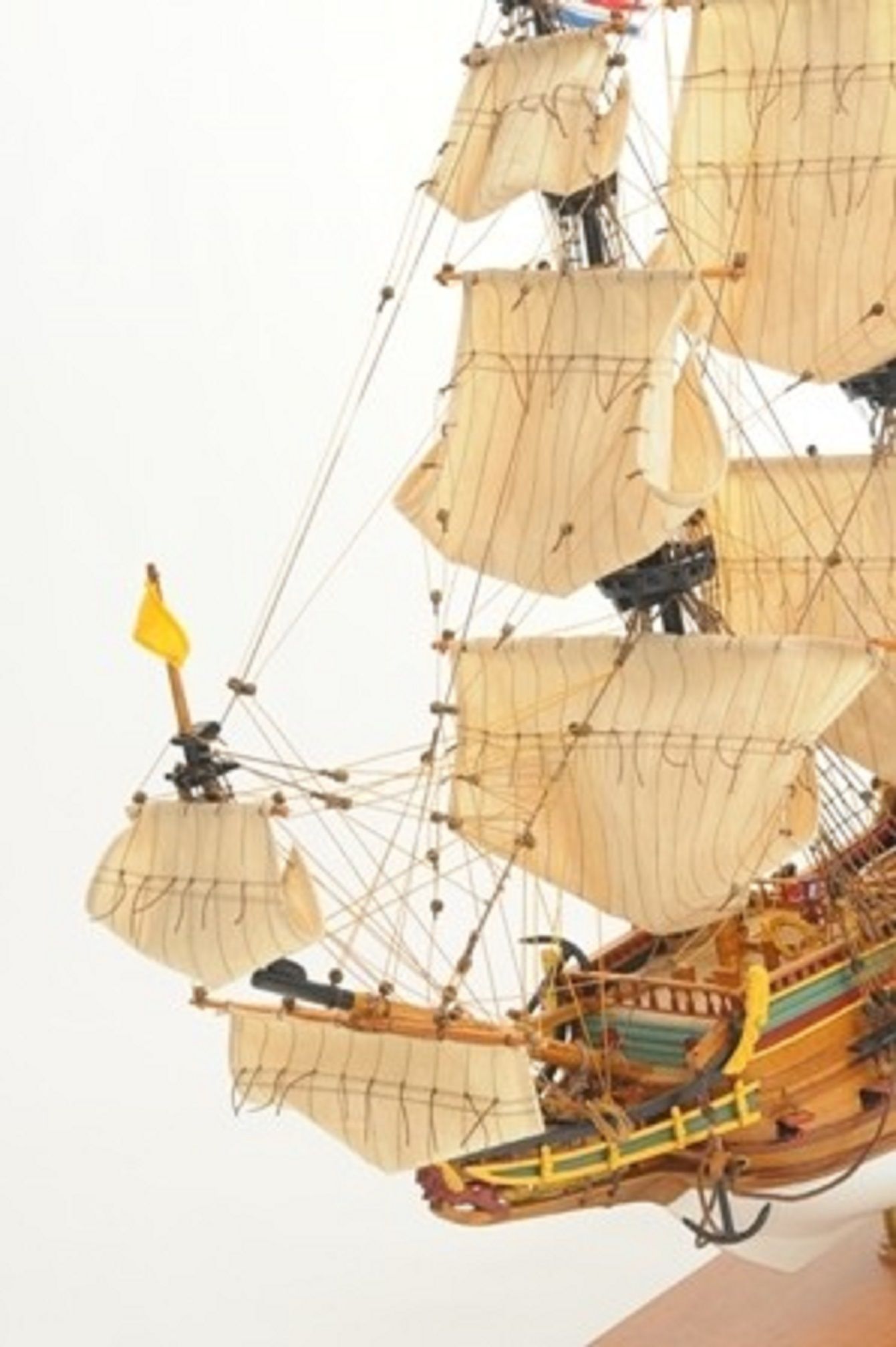 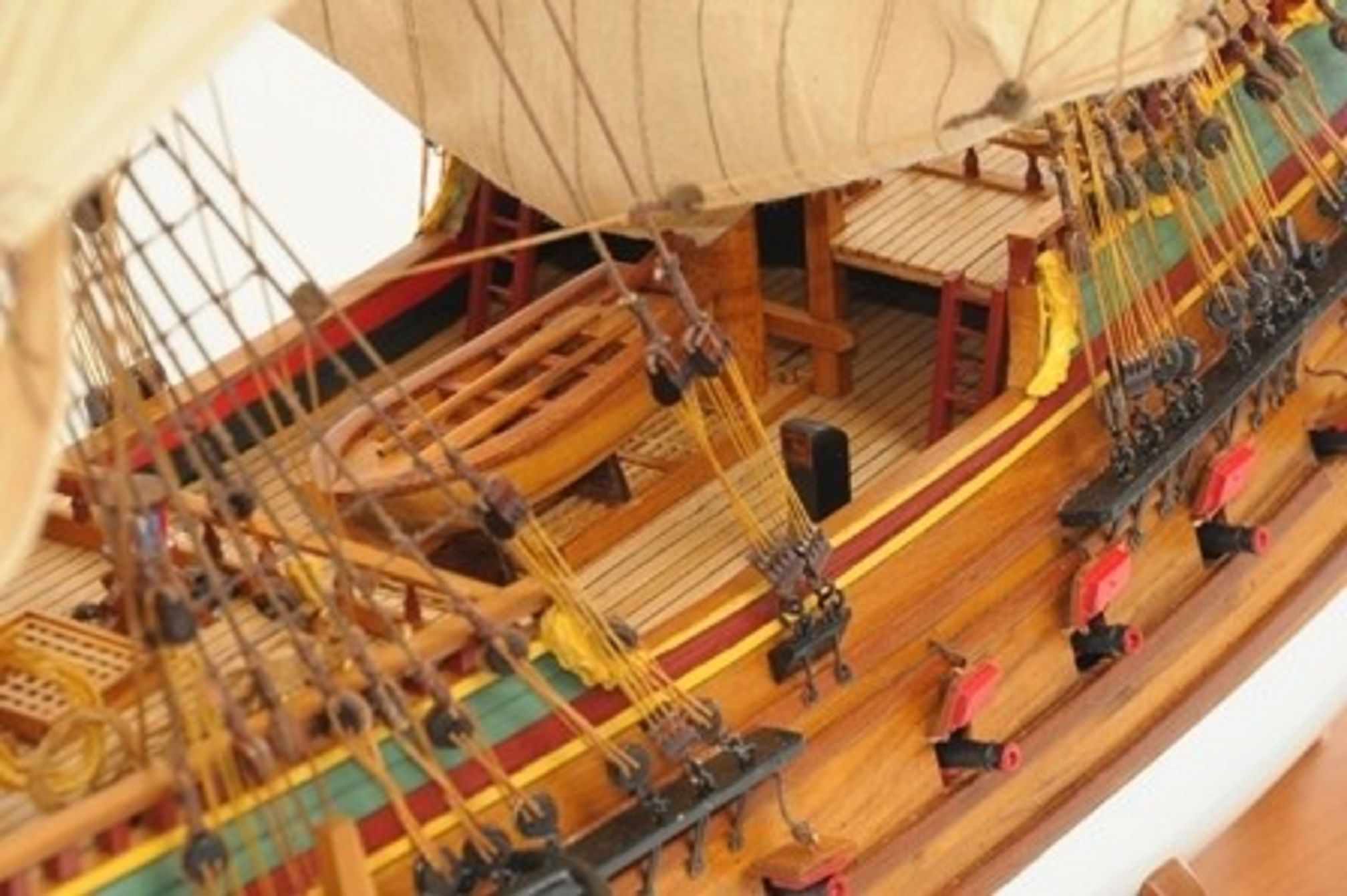 The Batavia scale model is a perfect replica of the Batavia sailing ship built in 1600s and contains all the design features of the original vessel. This classic sailing ship model is one of the many representing the quality and expertise of model making of Premier Ship Models. Made from high quality materials and precise ship modelling craftsmanship, this and other ship models are considered as work of art and of museum quality. The ship model is painted and handcrafted by skilled artisans according to original ship plans and drawings.

Batavia was a ship of the Dutch East India Company built in Amsterdam in 1628 armed with 24 cast-iron cannons and a number of bronze guns. This Amsterdam ship firstly departed on 27th October 1628 from Texel commissioned by the Dutch East India Company to obtain spices. The captain was Adriaen Jacobsz, but the overall commander was Fleet President Francisco Pelsaert.

She was accompanied by seven other ships of various sizes. These included the Buren (a warship), the Dordrecht, Galiasse and s’-Gravenhage (Retour ships), the Assendelft and the Sardaam (storeships) and a small yacht the Kleine David.This ship is known mainly for its wreckage which occurred on 4th of June in 1629 near Beacon Island, close to the Western Australian coast.

Of the 322 aboard, most of the passengers and crew managed to get ashore, although 40 people drowned and the history of Batavia ship is known also for the tragic events happened to survivors when due to insufficient supplies of fresh water and food, the survivors of the Batavia shipwreck began to murder other fellows for the supplies.

A mutiny led by Jeronimus Cornelisz had led to the murder of more than 100 castaways, including 12 women and 7 children. As Sardam approached, a boat put out to warn Pelsaert that Cornelisz intended to seize his ship and sail away without the other survivors. The Batavia shipwreck was found in April of 1840 by Captain Strokes who was responsible for identification of beams of a large vessel.

In the period 1970 through to 1974, under the leadership of maritime archaeologist Jeremy Green of the Western Australian Museum, some of the cannon from the Batavia wreck, an anchor, and many artefacts were salvaged, including timbers from the port side of the ship’s stern.

In order to facilitate the monitoring and any future treatment, the hull timbers were erected on a steel frame designed and erected by Geoff Kimpton, a member of Green’s staff.

A replica of the Batavia ship model was built at the Bataviawerf (Batavia Wharf) in Lelystad in the Netherlands. Please browse our website or contact us to help you find the perfect model ship for your collection.

Sorry we have no extra information for this product
This Vessel Type is Galleon
Copyright © 2021. UK Premier ship Models. All Rights Reserved.