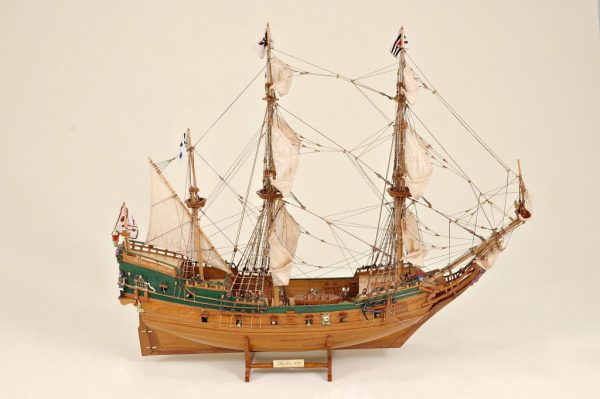 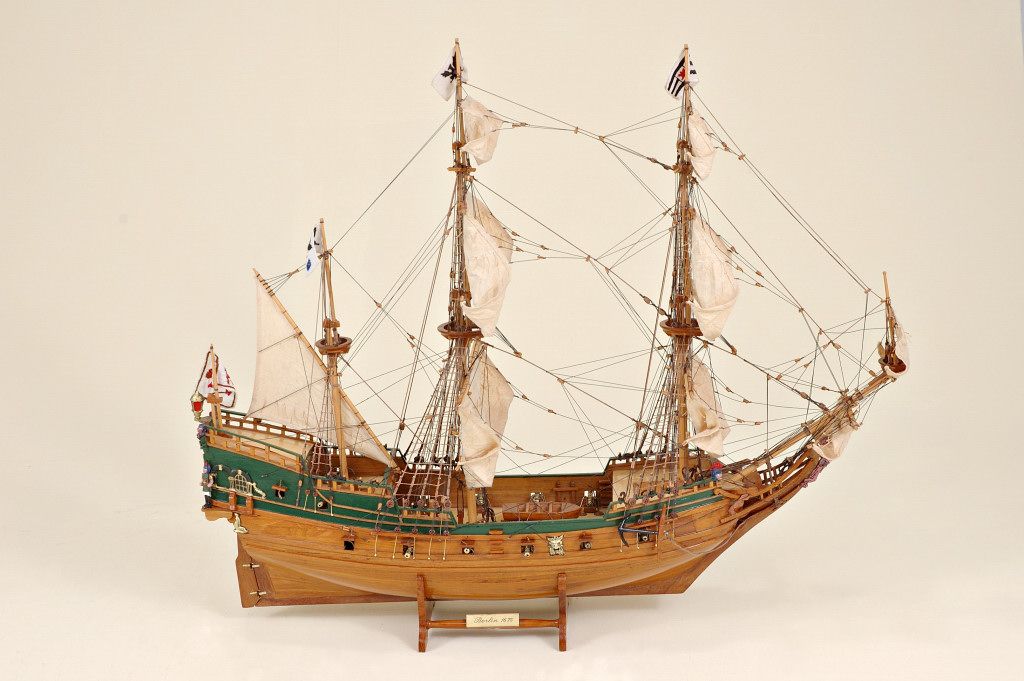 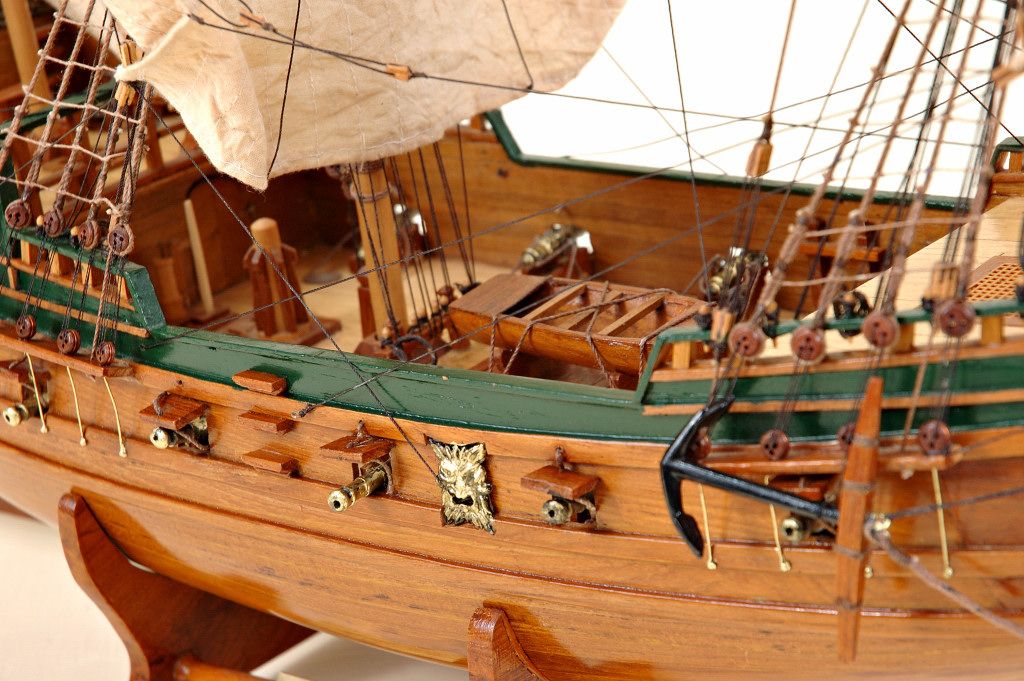 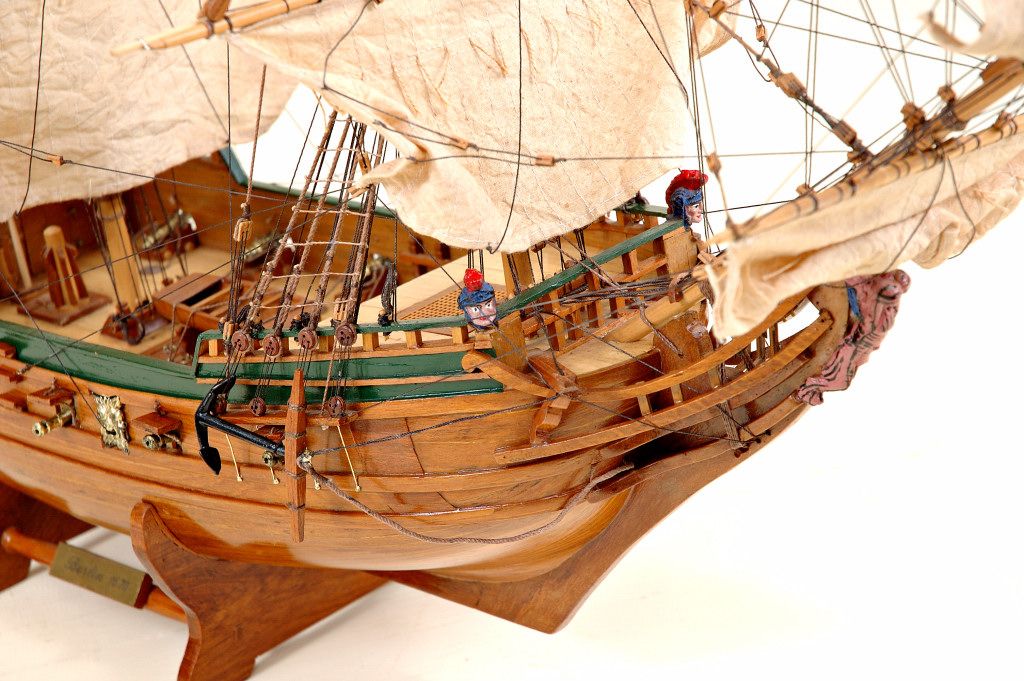 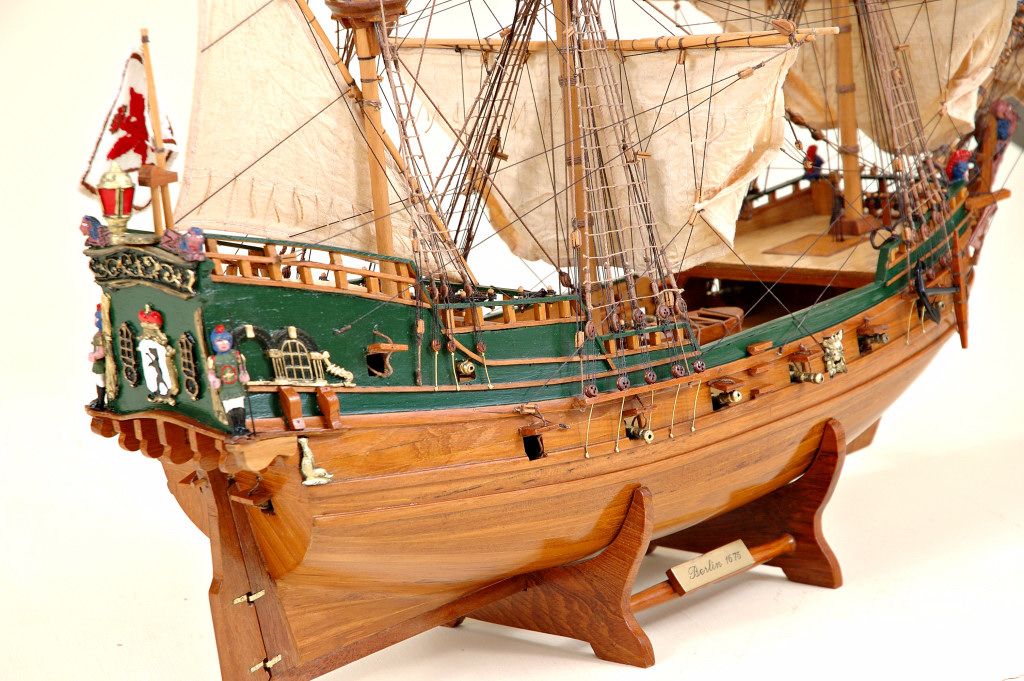 The Berlin was part of the Brandenburg Navy, created to protect the interests of the Brandenburgers in the Baltic, the Caribbean and the African colonies. The Berlin was named after the former German capital. Built in the Netherlands, she resembled a galleon. Records of the naval battles in which the Berlin participated have been retained to this day. In 1676, the Berlin captured the Swedish schooner Maria and defeated the French frigate Royal de Dunkerque. The Berlin is the largest ship in the German Navy. And was created to support the German naval units with fuel, provisions, ammunition and medical services.

In order to make our models, extensive research is carried out to gather as much information as possible on the ship. The ship is then outlined and cut to scale. The hull is made of two layers of wood, which make up the main frame of the boat. The deck is placed on a board and the first edge of the hull is made, sanded and smoothed. A second layer of teak, mahogany or wood is placed on top depending on the desired finish. Our craftsmen work diligently to ensure that the model is recreated as accurately as possible, whether to achieve a natural wood finish or an ages and patinated finish. metals parts and ornaments are hand carved, hand painted and integrated into the model.

Our manufacturers are made up of a highly skilled and experienced team of more than 30 craftsmen. They work from precise, original plans and carefully selected materials. The workshop covers all stages of model boat building, hull assembly, rope laying, sail cutting, part carving and wood varnishing.

Sorry we have no extra information for this product
This Vessel Type is Galleon
Copyright © 2022. UK Premier ship Models. All Rights Reserved.