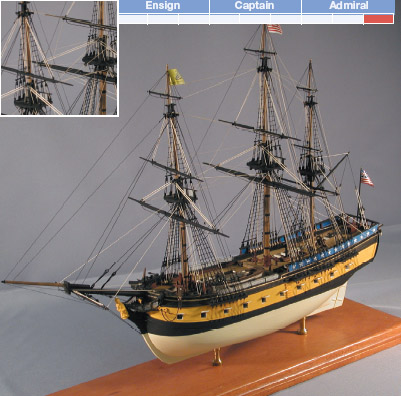 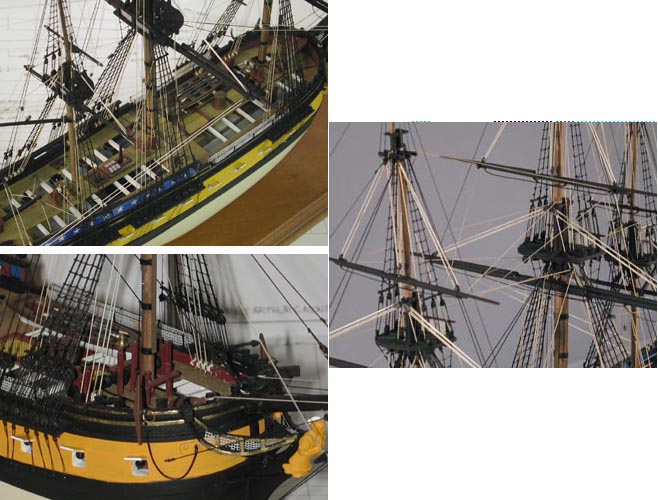 In 1775 the Continental Navy acquired the merchant vessel Black Prince and renamed her Alfred after the 9th Century English monarch Alfred the Great.  She was commissioned as a warship. The Alfred, flying the Grand Union flag, was to become the first flag ship of the new Continental Navy in 1775.  Beginning his brilliant naval career John Paul Jones served as her lieutenant.  She participated in two major battles, the battle of Nassau and the action of April 6, 1776.  In 1778 the Royal Navy captured her and renamed her HMS Alfred.  She was sold in 1782 and became the merchantman Alfred and sailed between London and Jamaica.

For the expert modelers who enjoys a challenge of square rigging, this is the kit.  The instruction book is a textbook on the details of 18th century naval design and outfitting.

This is an expert level model.