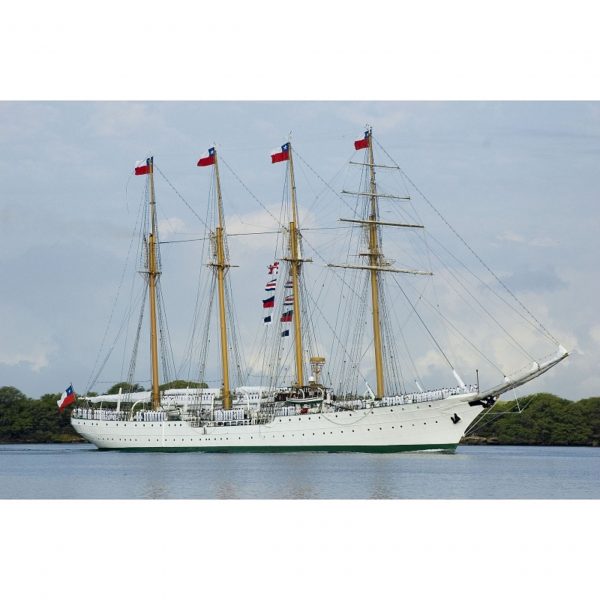 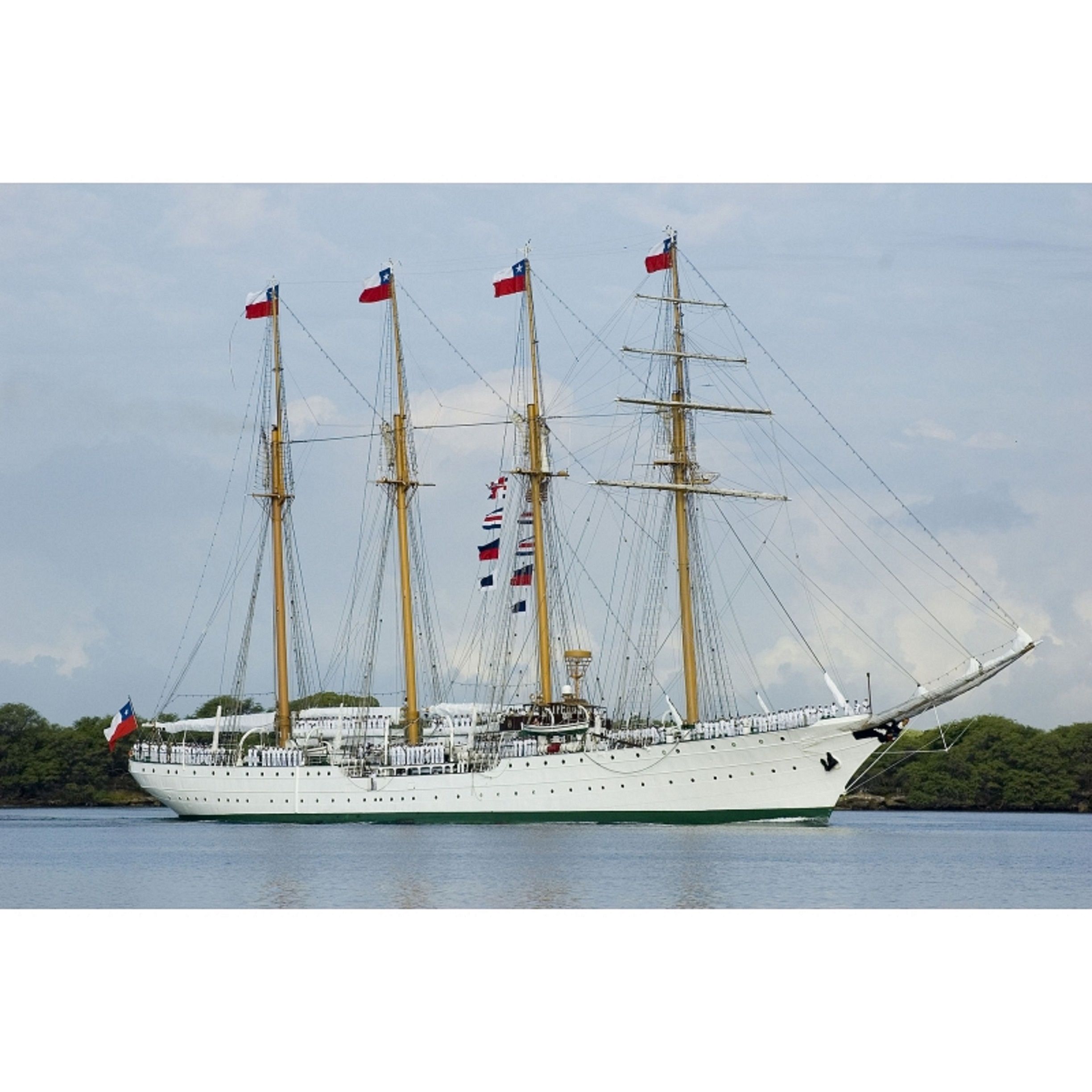 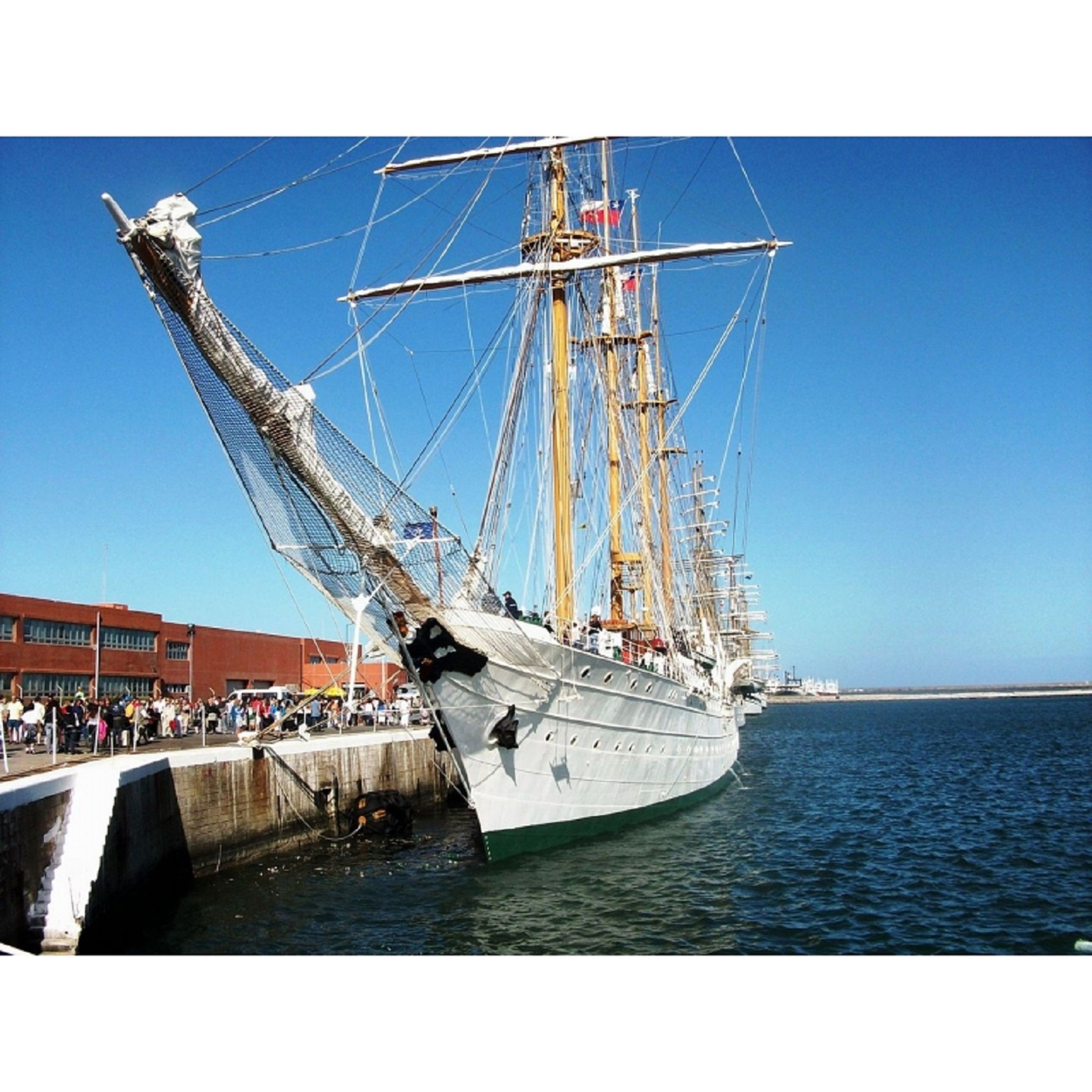 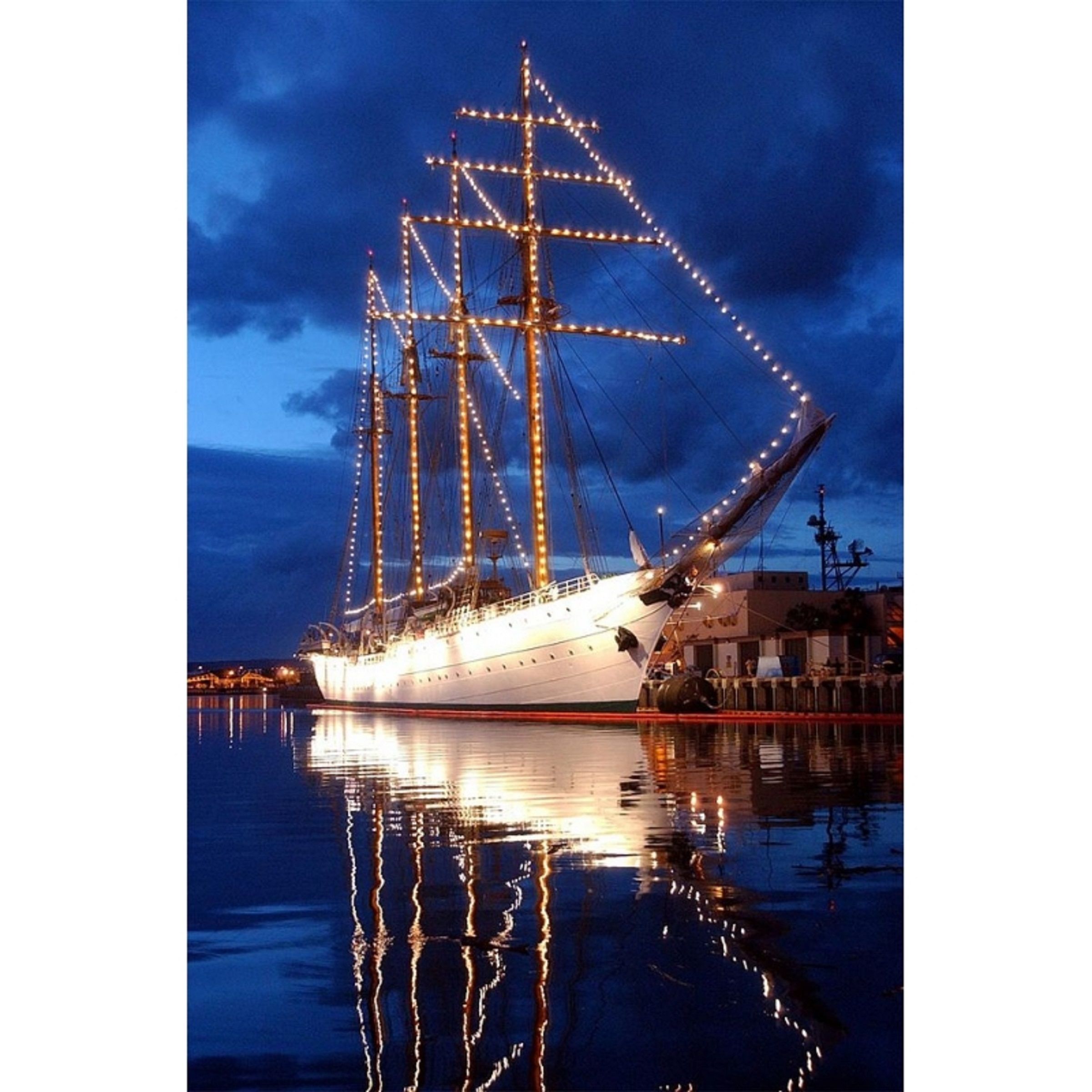 “Esmeralda” is a steel-hulled barquentine of the Chilean Navy, and is the second tallest and longest sailing ship in the world.

The ship was built in Cadiz in Spain, started in 1946. She was originally destined to become Spain’s national training ship.  During the construction yard was where she was built hit by violent explosions, which damaged the ship and placed the yard on the verge of bankruptcy, and construction was temporarily halted.  In 1950 resulted negotiations between Spain and Chile to Spain paid the debt in the Spanish Civil War in the form of goods, including the unfinished “Esmeralda”.  Work on the ship then continued, and she was launched on 12.05.1953, under the name “Mrs. Raquel Vacuna the Orrego”.

Under Chilean ownership of the vessel was in a period during Augusto Pinochet’s regime in 1973-1980 used as a floating prison and torture chamber for political prisoners.  It is claimed that over a hundred people were held as prisoners there, including the British priest Michael Woodward, who later died as a result of torture.

As a result of this controversial story, especially at the time when Pinochet was still in power, but also later, when Chile regained democracy, was the ship’s arrival in various ports have been accompanied by demonstrations by local political groups and Chilean refugees.