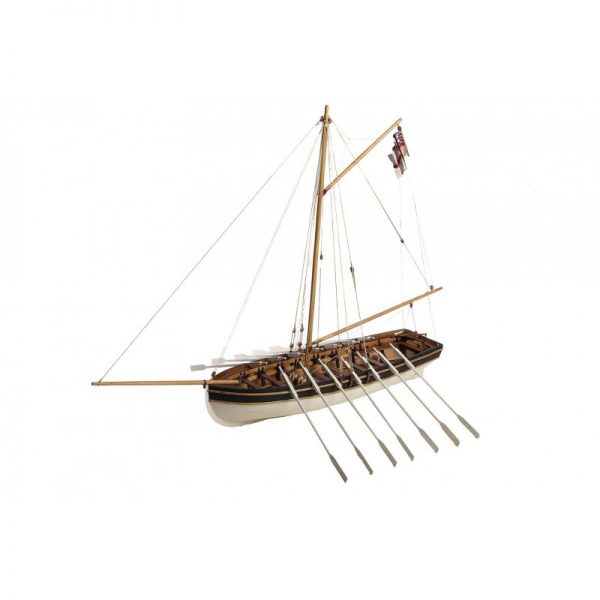 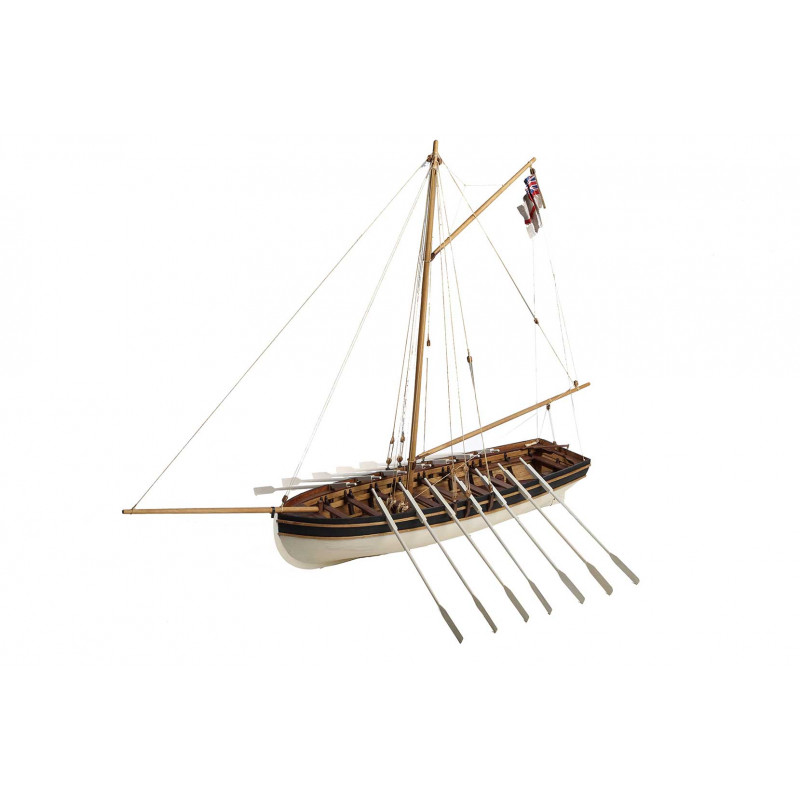 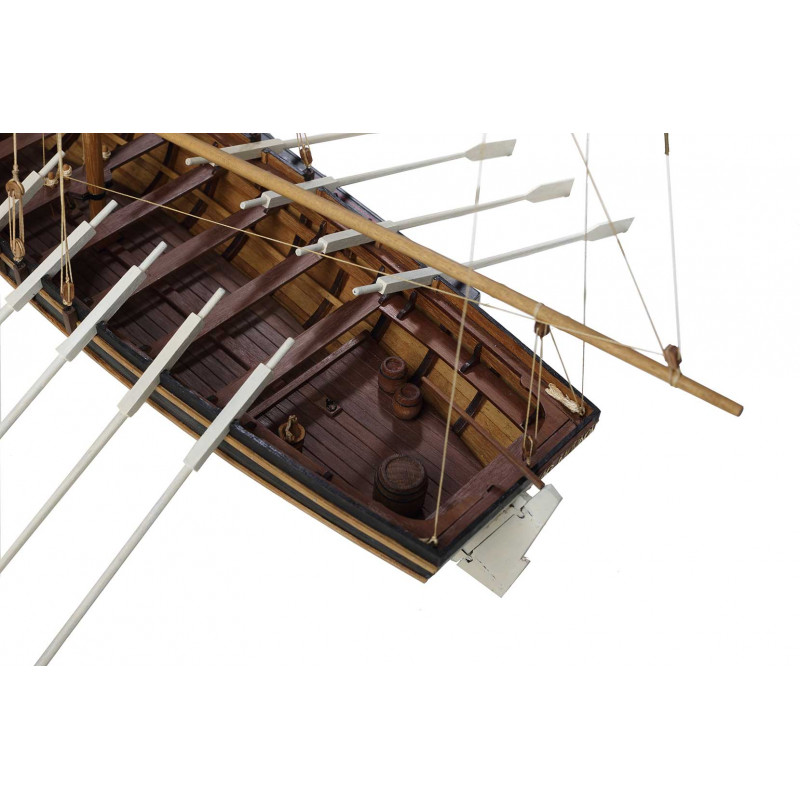 The HMS Agamemnon was named after the mythical ancient Greek king Agamemnon.  Having 64 guns she was a third-rate ship in the British Royal Navy.  She fought in many major naval battles in the American Revolutionary War, French Revolutionary and Napoleonic Wars.

Lord Nelson was her captain from January 1793 to 1796, seeing considerable service in the Mediterranean.  She was involved in the 1797 mutinies at Spithead and Nore, after Nelson’s departure.  The Agamemnon was frequently in need of repair and refitting.  She may have been hulked or scrapped in 1802 if not the war with France recommenced.  In October 1805, the Agamemnon fought at the Battle of Trafalgar where she forced the surrender of the Spanish Santisima Trinidad.  She attempted to seek shelter during a storm on the uncharted shoals in the mouth of the River Plate, but sadly due to being worn-out and in poor condition she was wrecked in 1809.

New to the market Disar Model is a family business working with a team of professionals with more than 20 years of experience in the boat modeling and hobby sector.  Their wooden model kits reflect the maritime history of Spain.  Disar Model bring new and unique models to the market which are faithful replicas, based on plans and documentation verified by professionals. Innovative and high-quality woods and other components are used throughout.