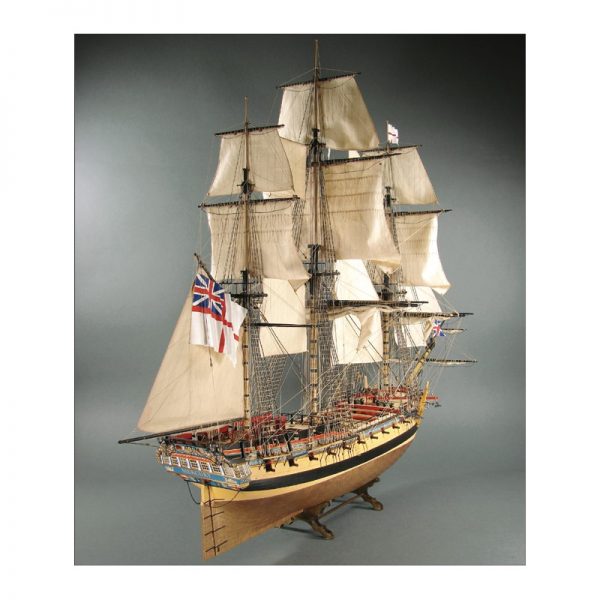 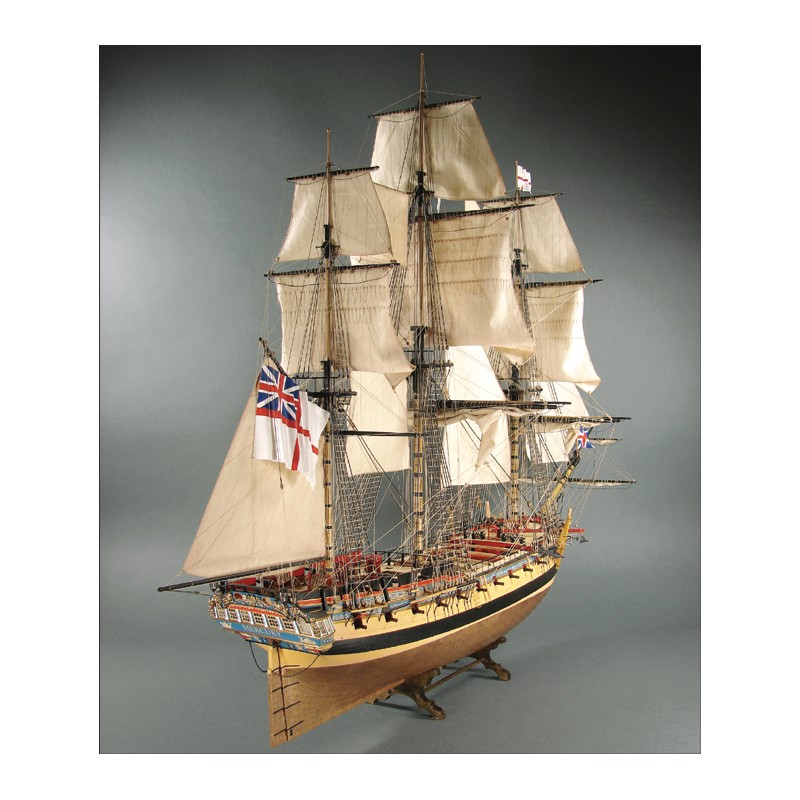 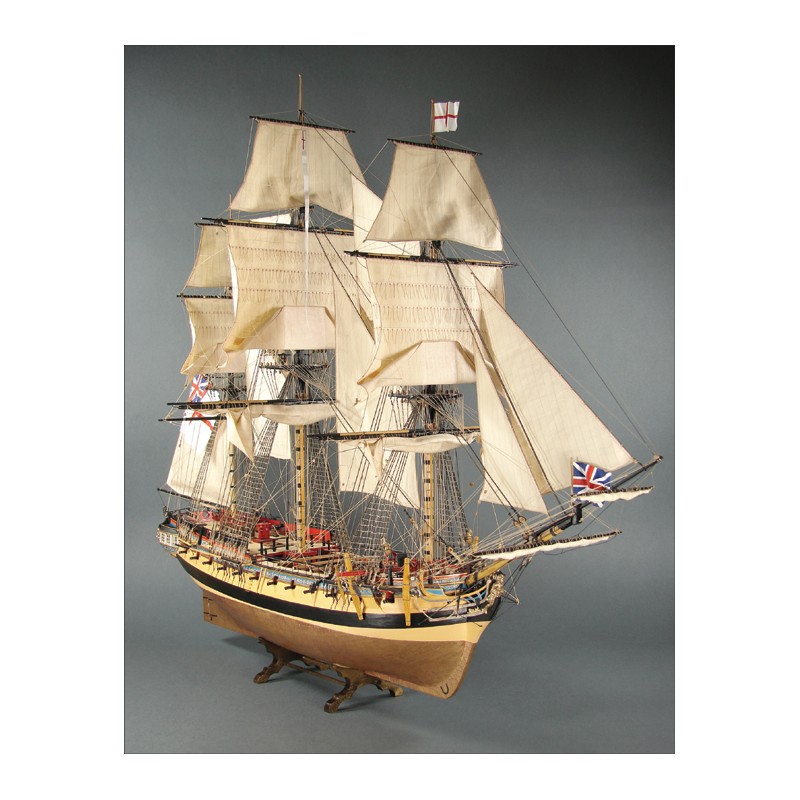 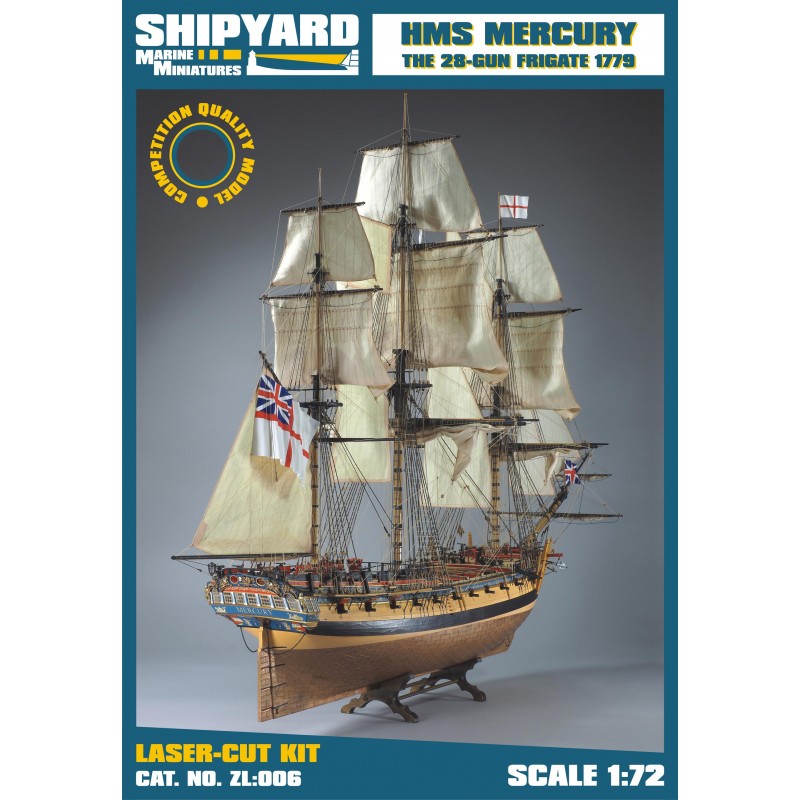 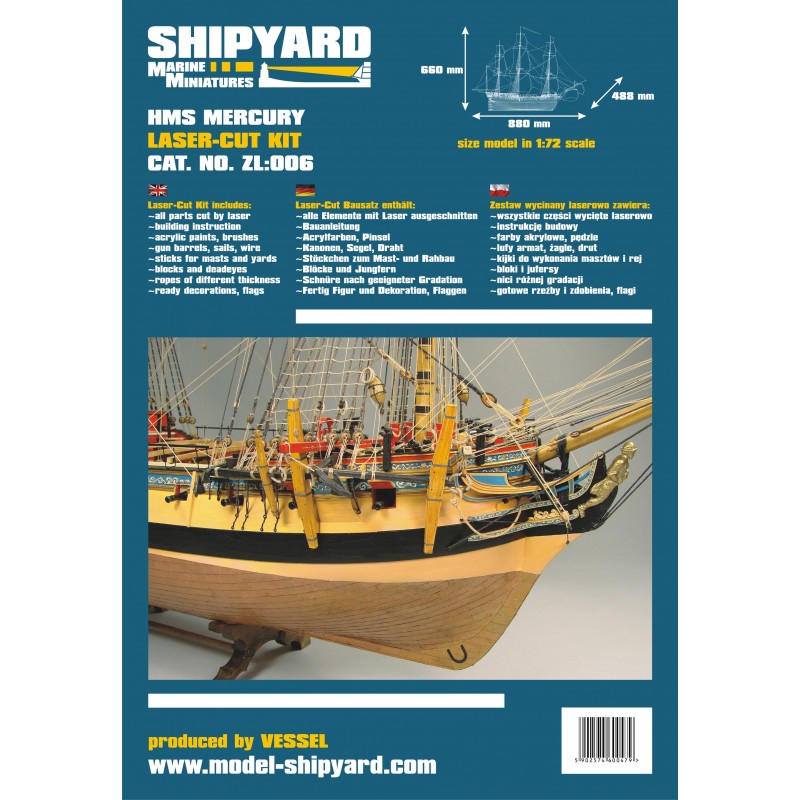 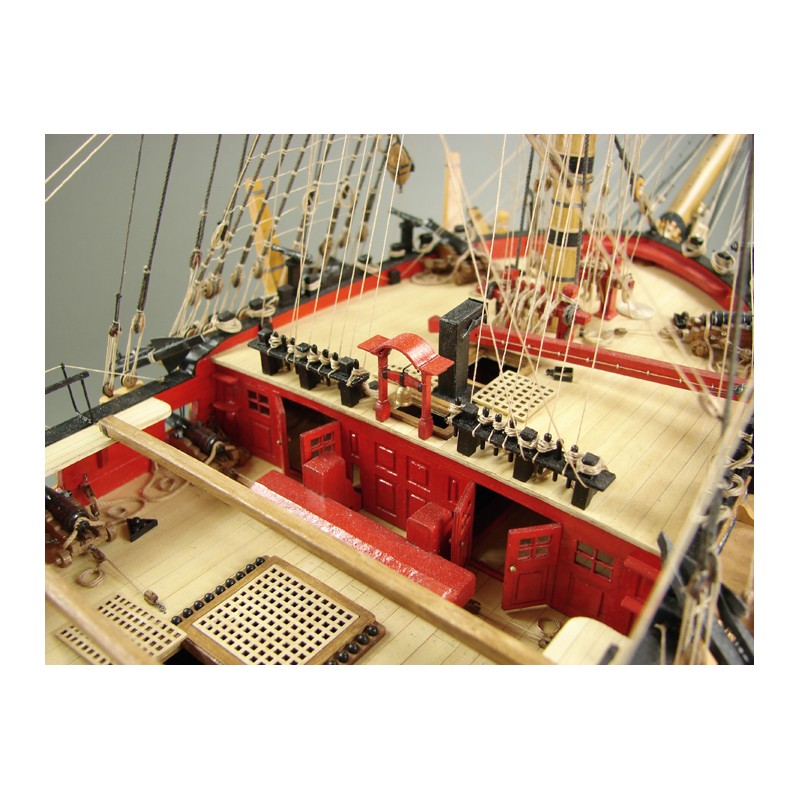 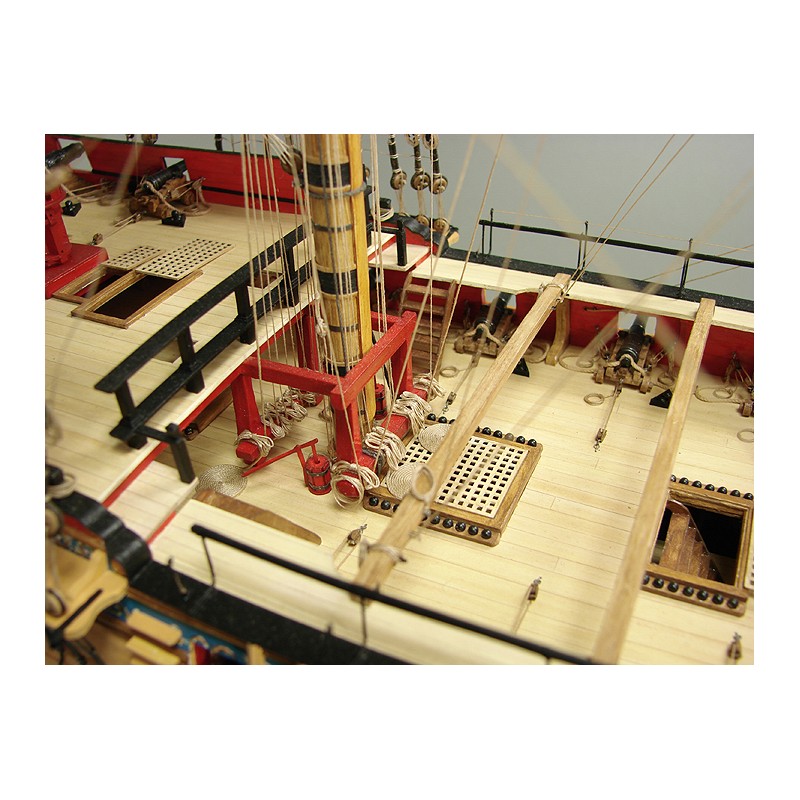 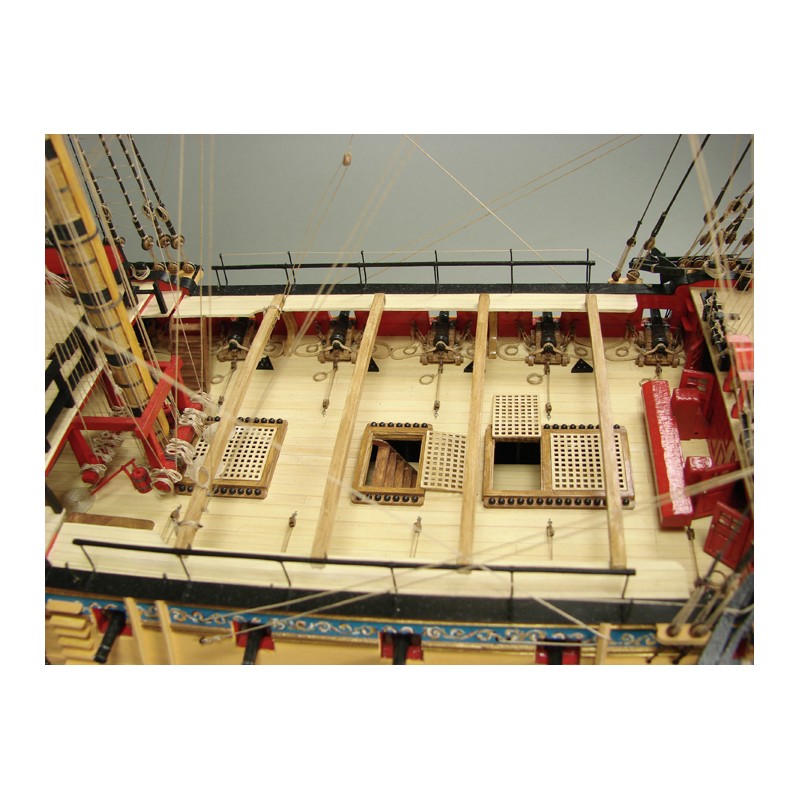 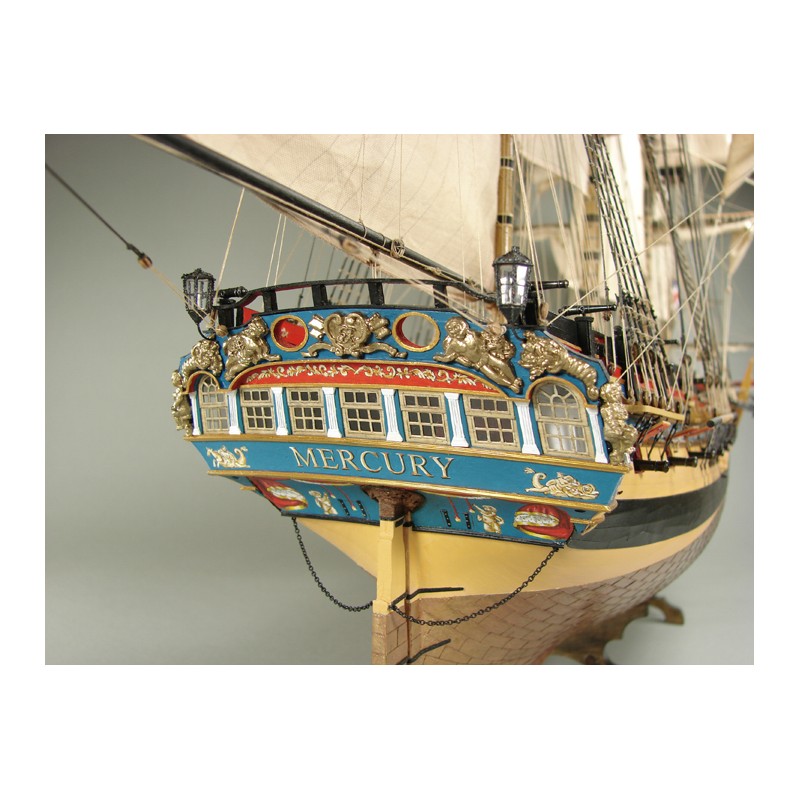 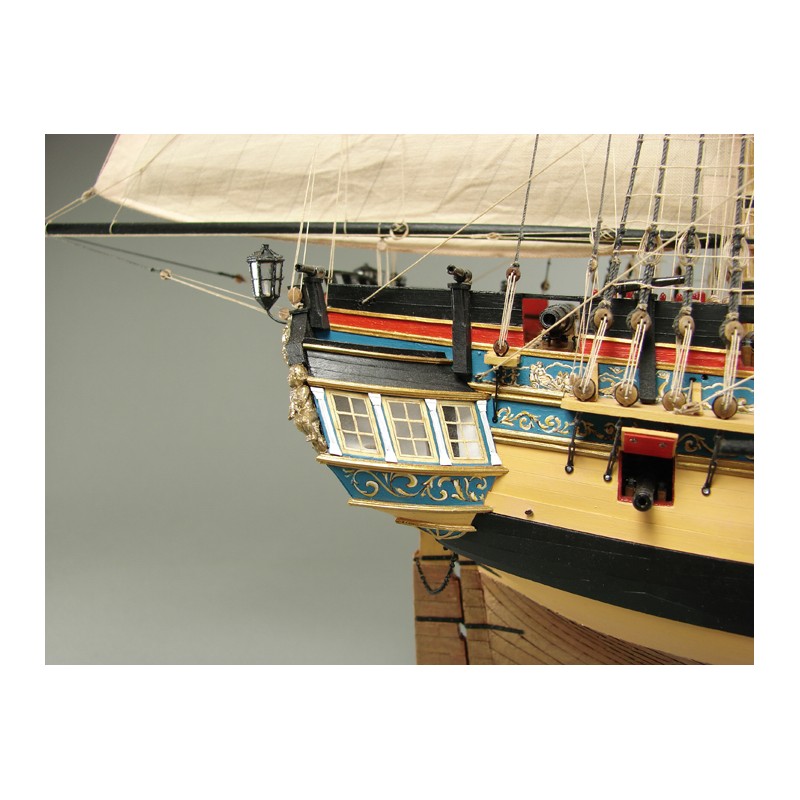 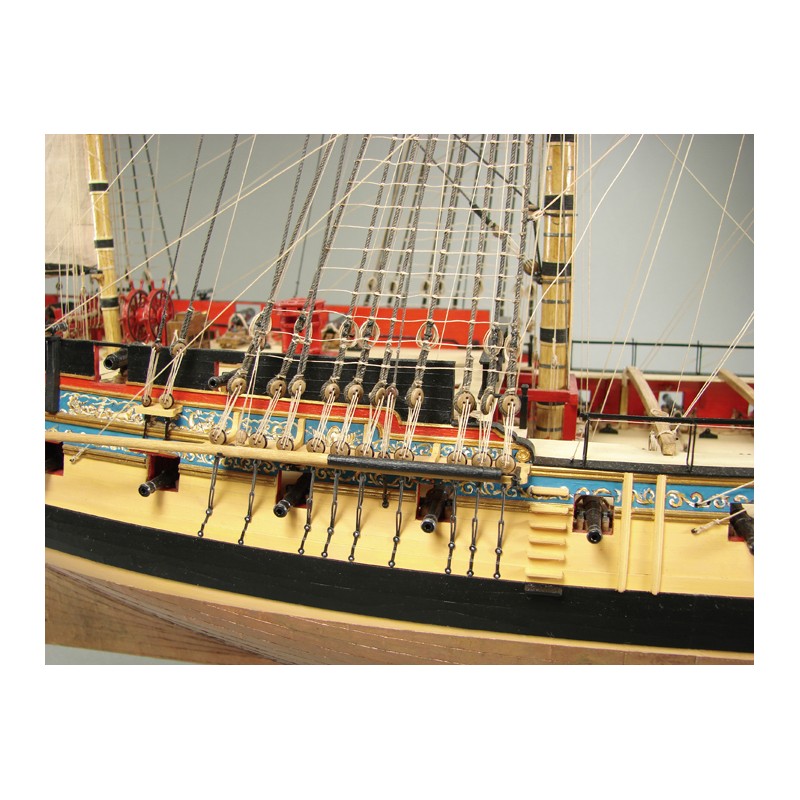 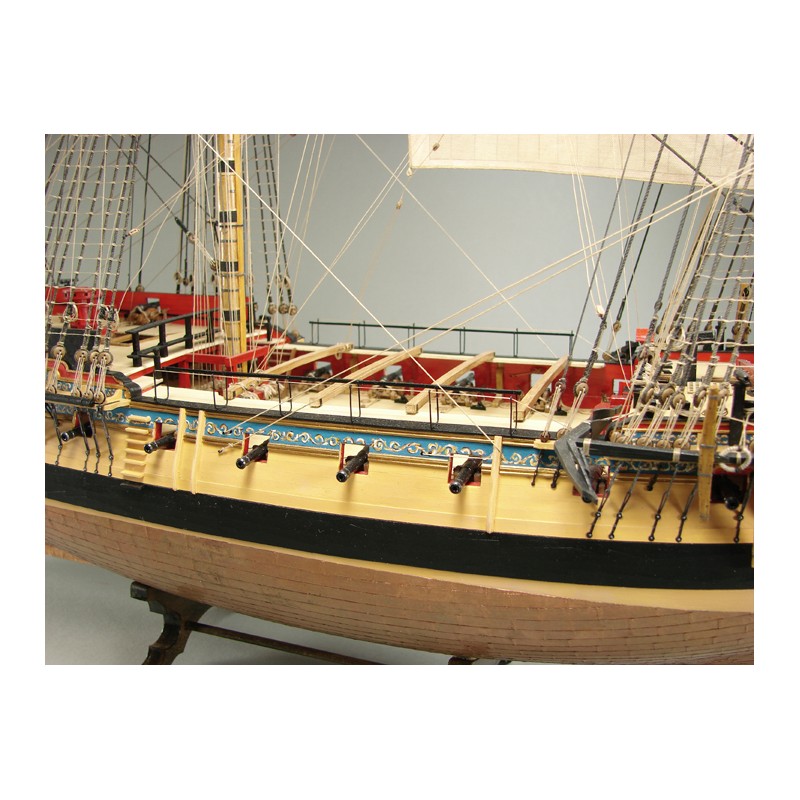 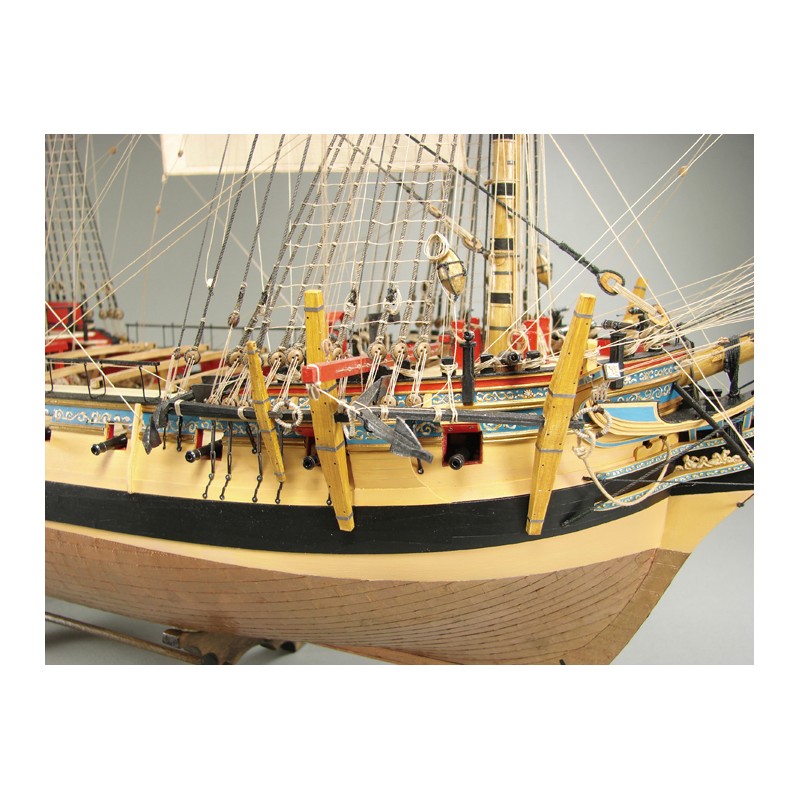 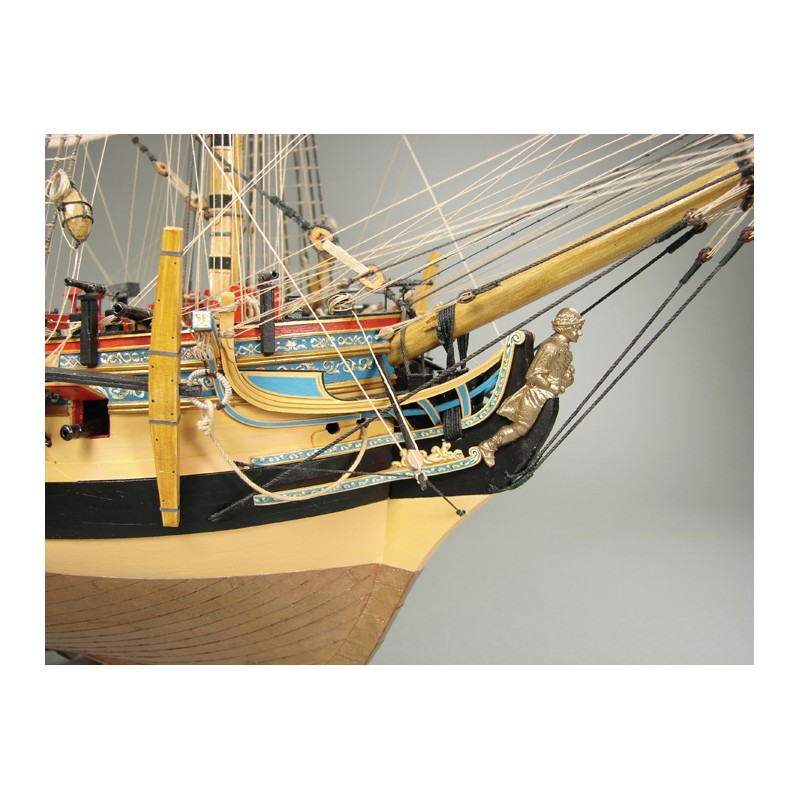 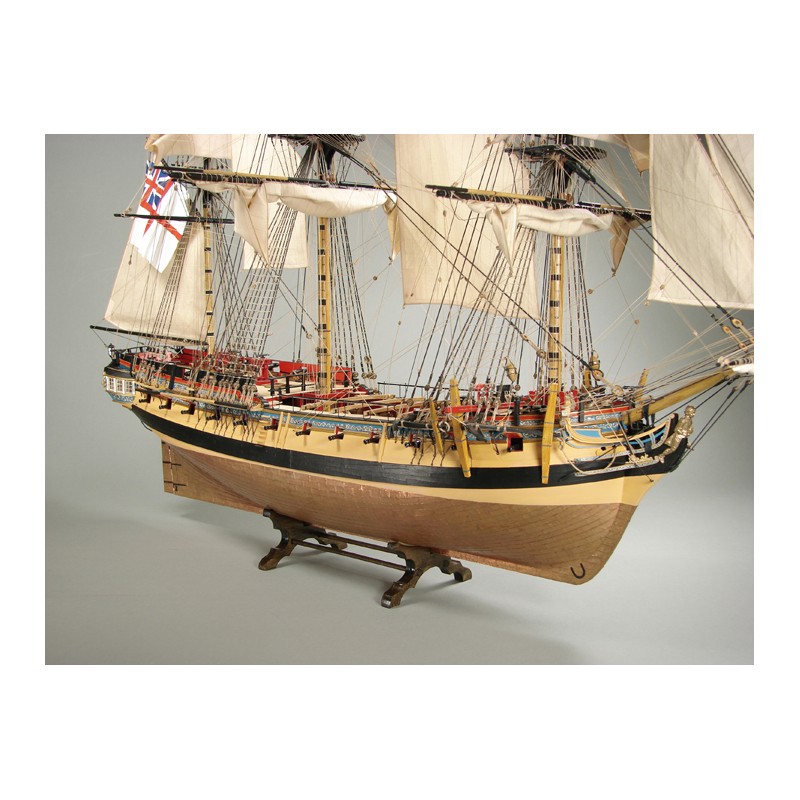 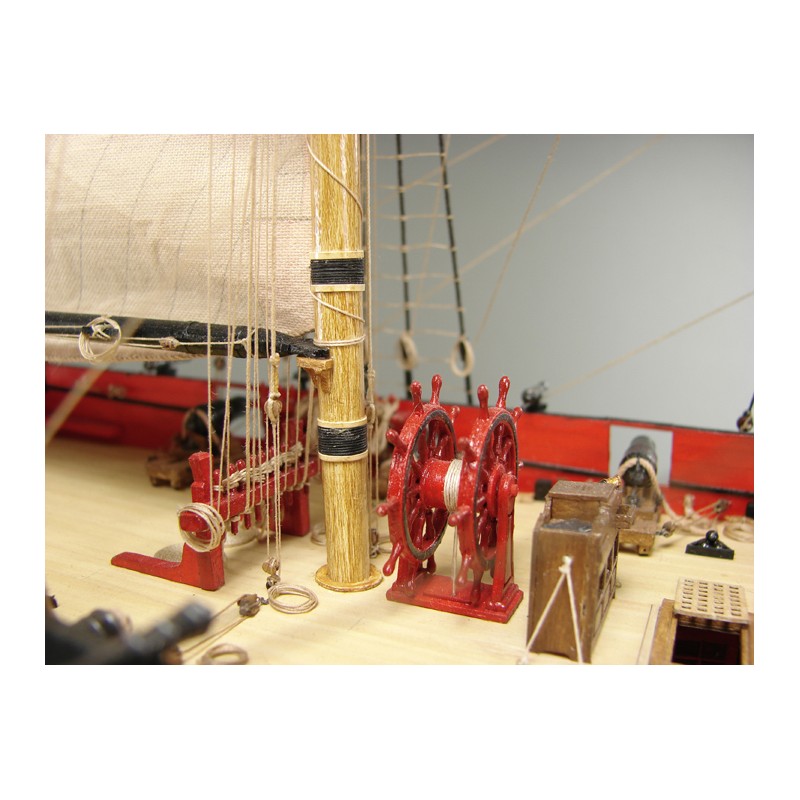 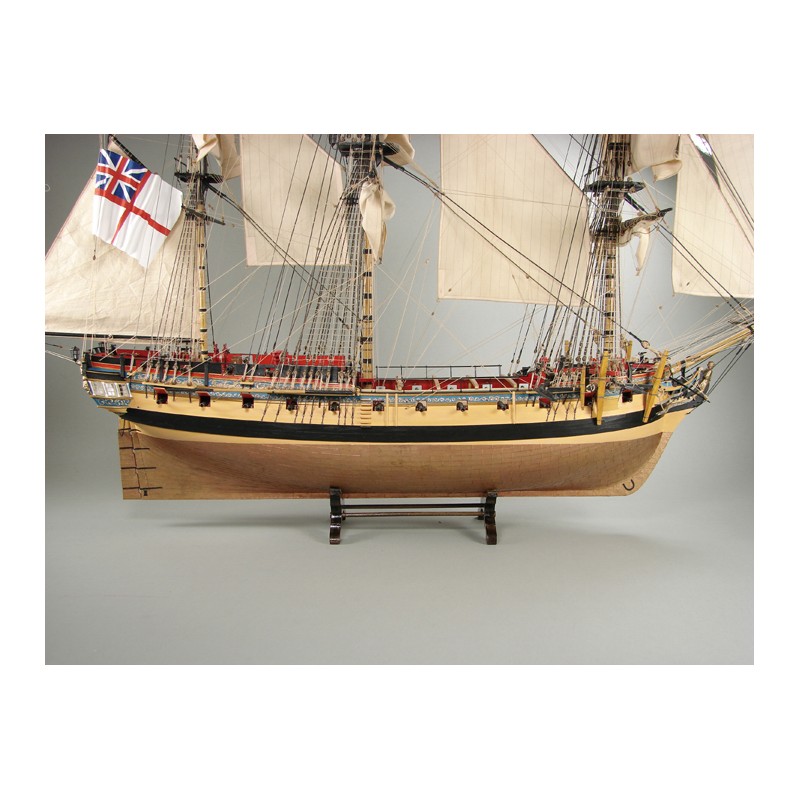 The HMS Mercury 1779 Wooden Model Ship Kit is manufactured by Shipyard Models, who have a range of ready for assembly models built of wood. The kit includes all the parts and pieces to build and included are paints and sails for finishing touches on the model.

The Mercury was an Enterprise Class sixth rate frigate of the Royal Navy commissioned in the American War of Independence. She was built at the King and Queen Shipyard, Rotherhide on the River Thames after being constructed for over a year. On the 9th of December 1779 she was completed but it wasn’t until the 24th of February of 1780 she was deemed completed after being fitted out with copper plating in Deptford Dockyard. Mercury entered service under Captain Isaac Prescott, headed for Newfoundland in April 1780. On the voyage Mercury retook the Elizabeth, a 14 gunned ship with a crew of only 10 after she was taken running salt to Newfoundland by the American privateer Dean.

In 1781 Mercury joined George Johnstone’s Squadron, shortly before Captain William Carlyon took command in May 1781 and sailed to Hudson Bay. On the 17th of May Mercury recaptured the HMS Sprightly and on 30th September of that year, alongside Rattlesnake and Jupiter, Mercury captured the French ship Phillipine. Although the conflict with the Americans subsided a year after, Mercury would continue to protect British interests in the region for the next decade until she was returned to England after a brief spell in the Mediterranean 1790.

Following the outbreak of war with Revolutionary France she did not immediately return to combat. However, after being refitted at Portsmouth she re-entered combat early in 1796 under the command of Captain George Byng. After switching command several times Mercury began to achieve many captures of enemy vessels beginning around 1800 with the capture of the French Privateer Brig Egyptienne. In the year of 1801 she captured 15 of 20 vessels escorting various goods from Cette to Marseilles in January of that year. She continued to fight the various privateers and pirates in the region till she was fitted as a floating batter in 1803 and served in the Atlantic and Mediterranean in the Napeolonic Wars. Mercury continued to adventure and one of her last escapades was in the shared capture of the American ship Fame under command of Captain Job Coffin. Mercury was finally broken up at Woolwich in January of 1814.