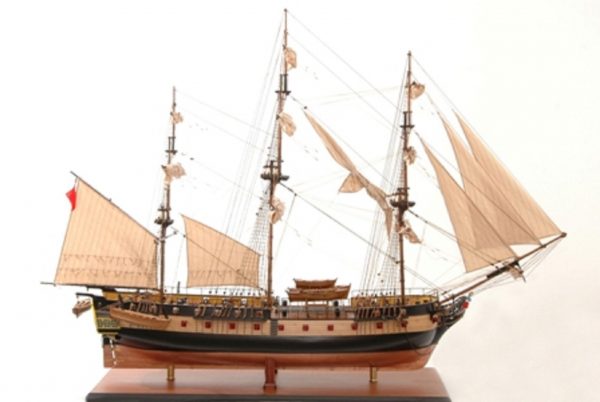 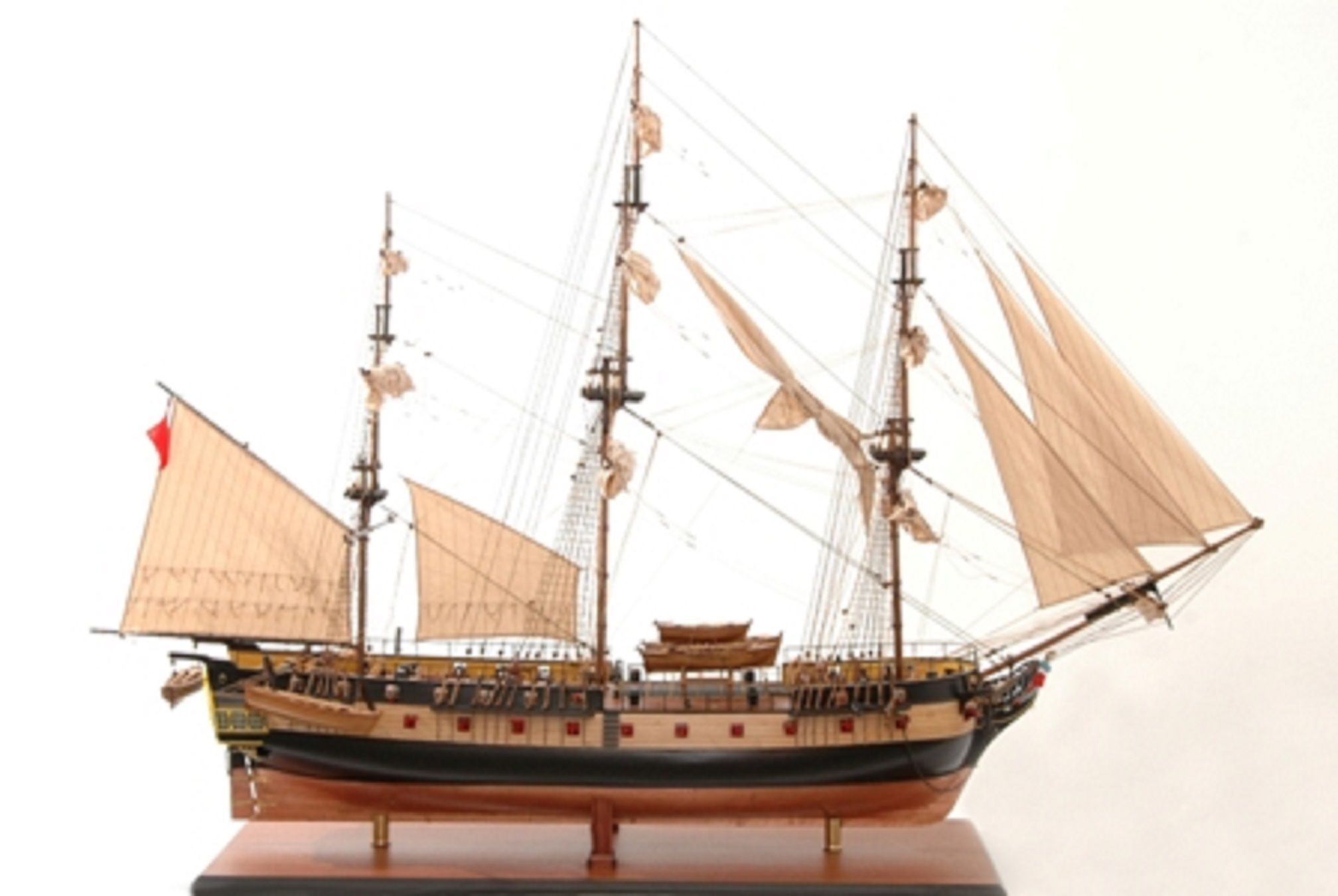 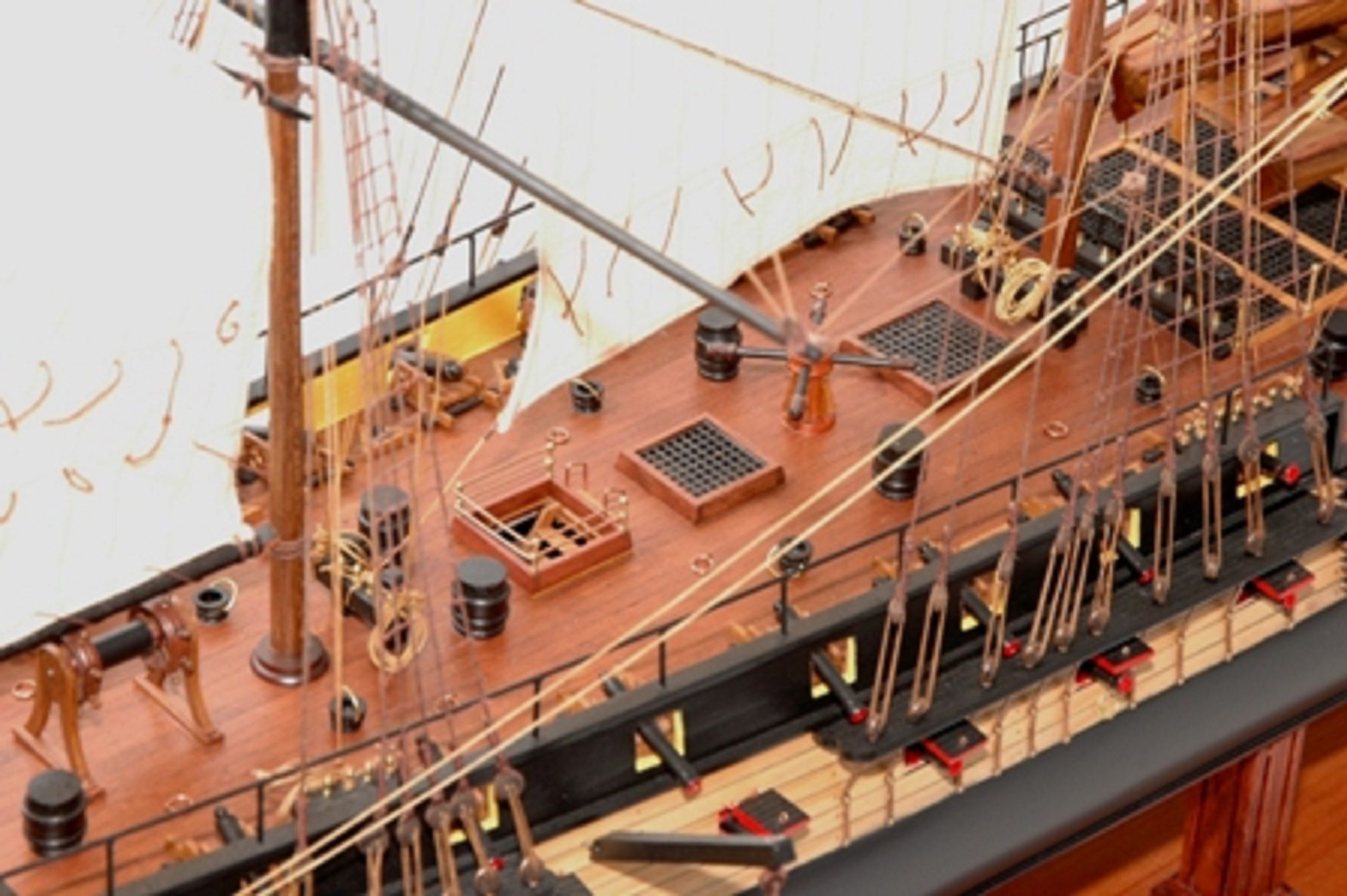 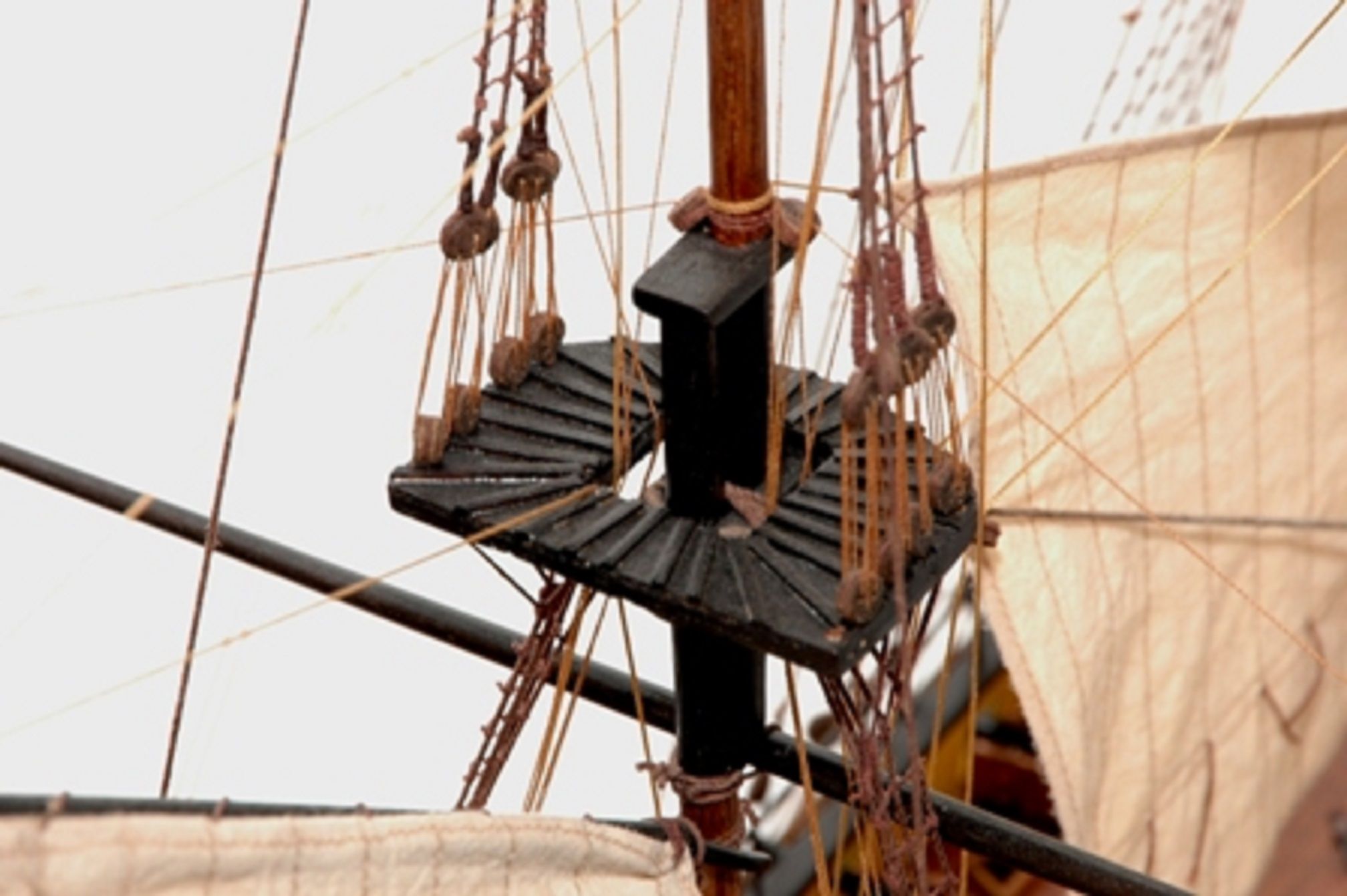 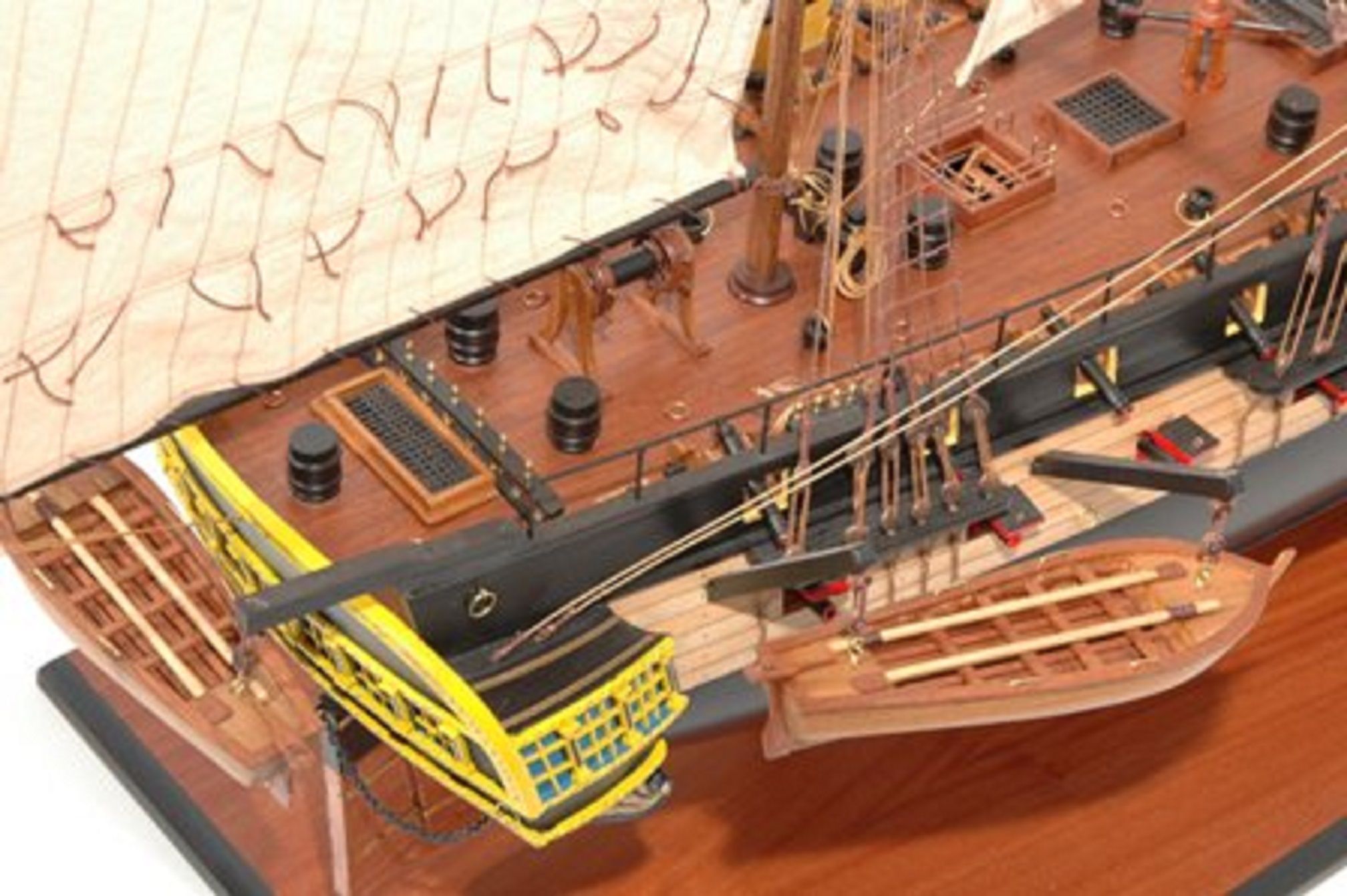 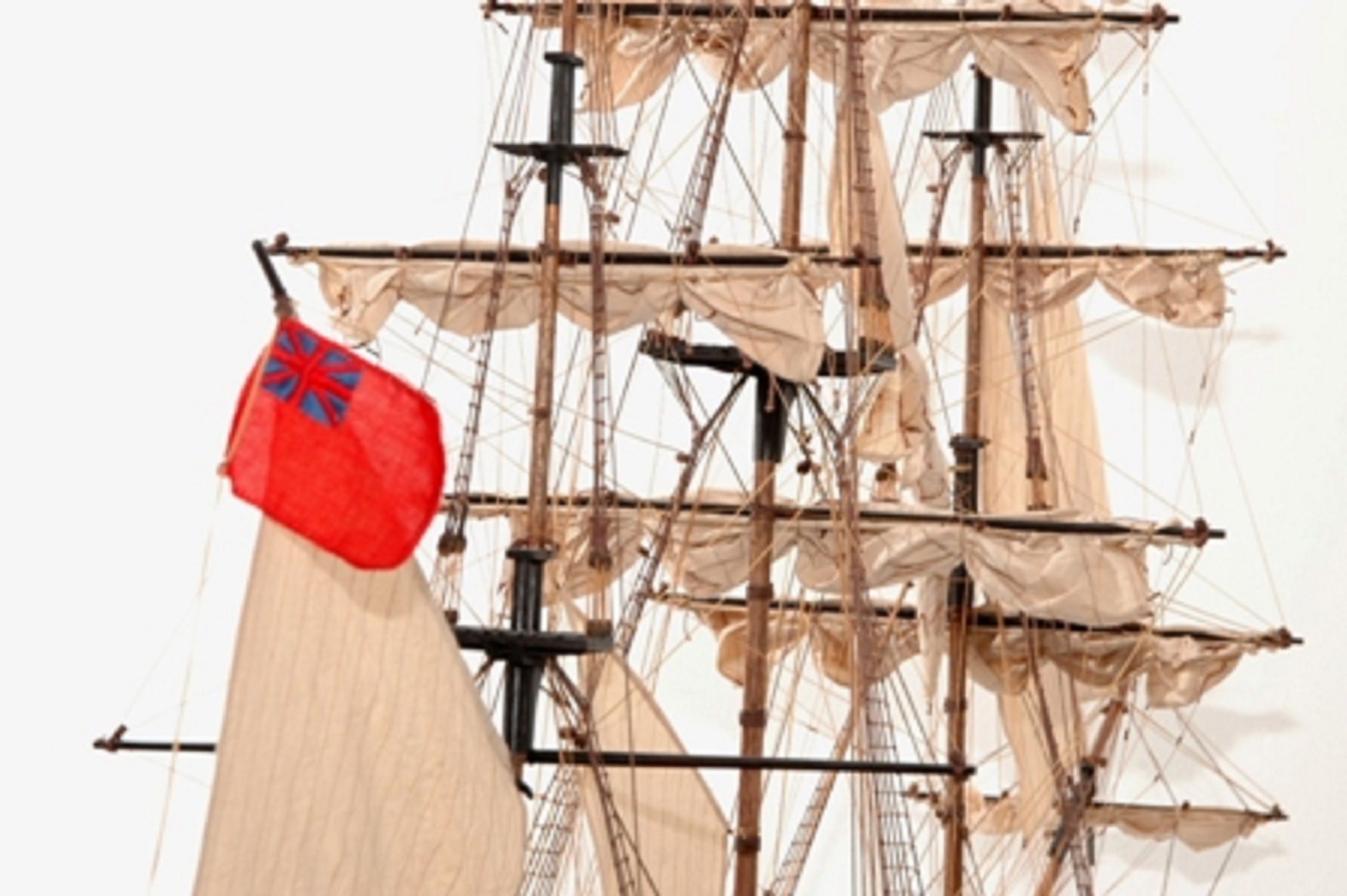 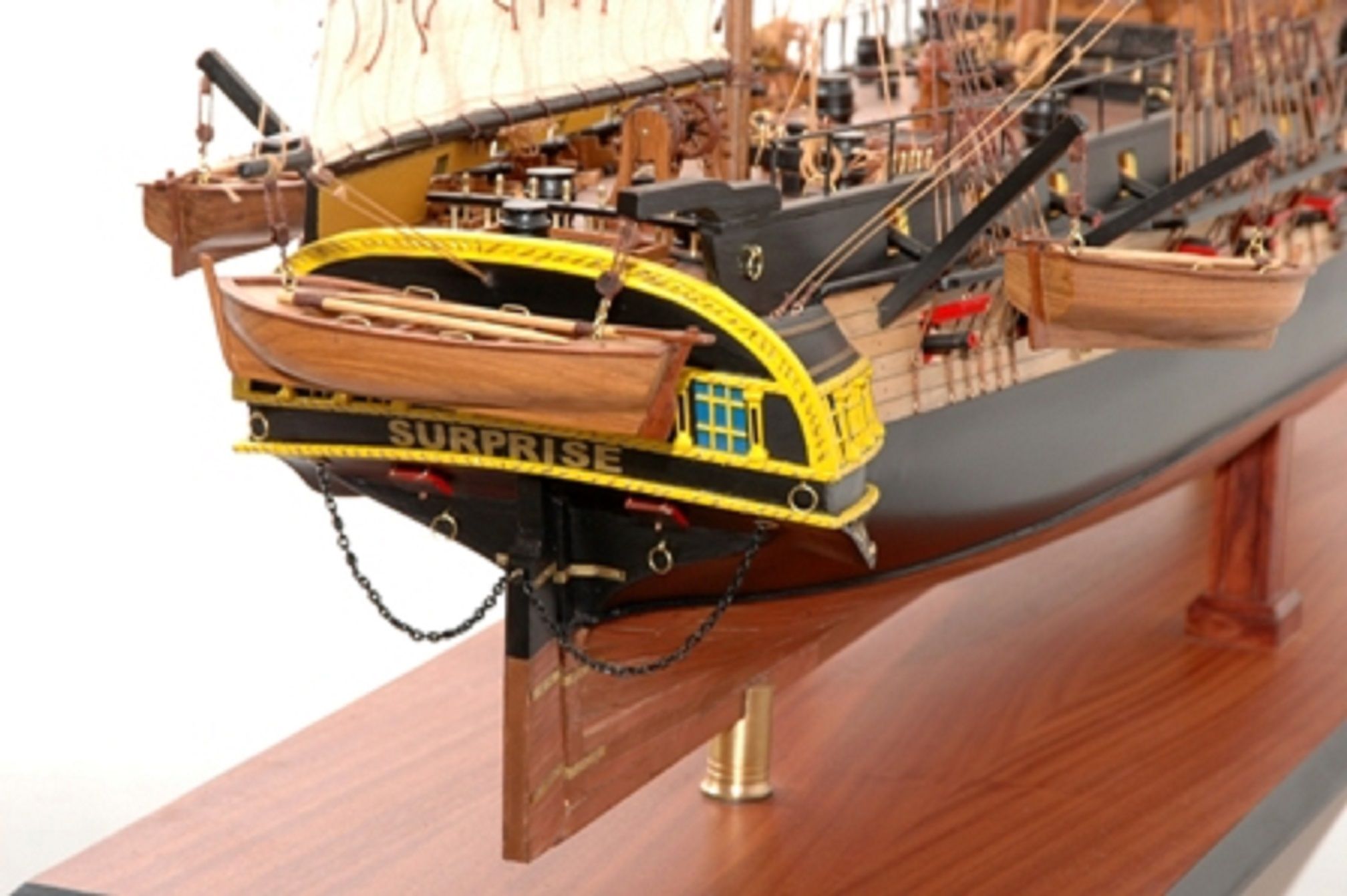 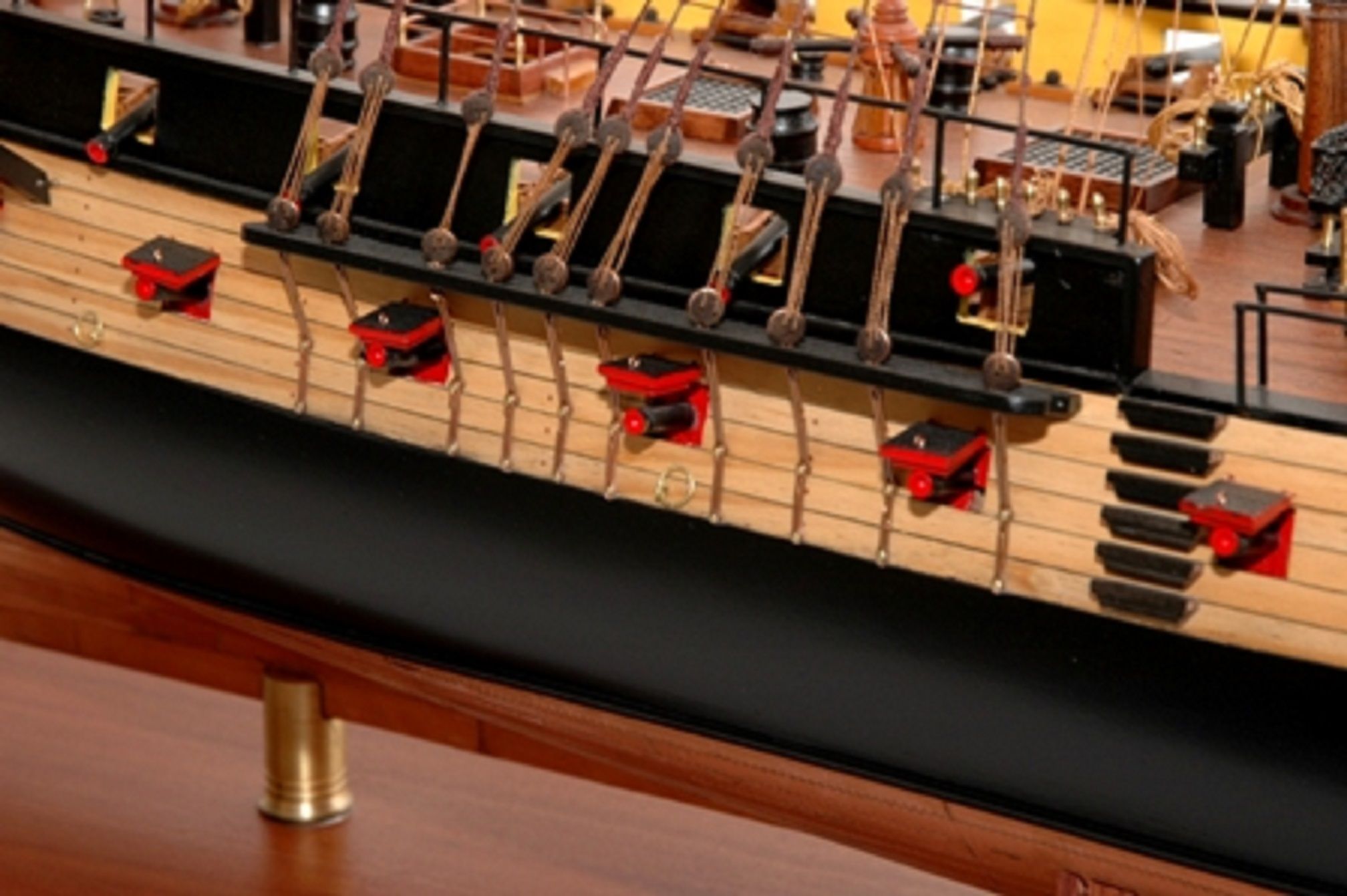 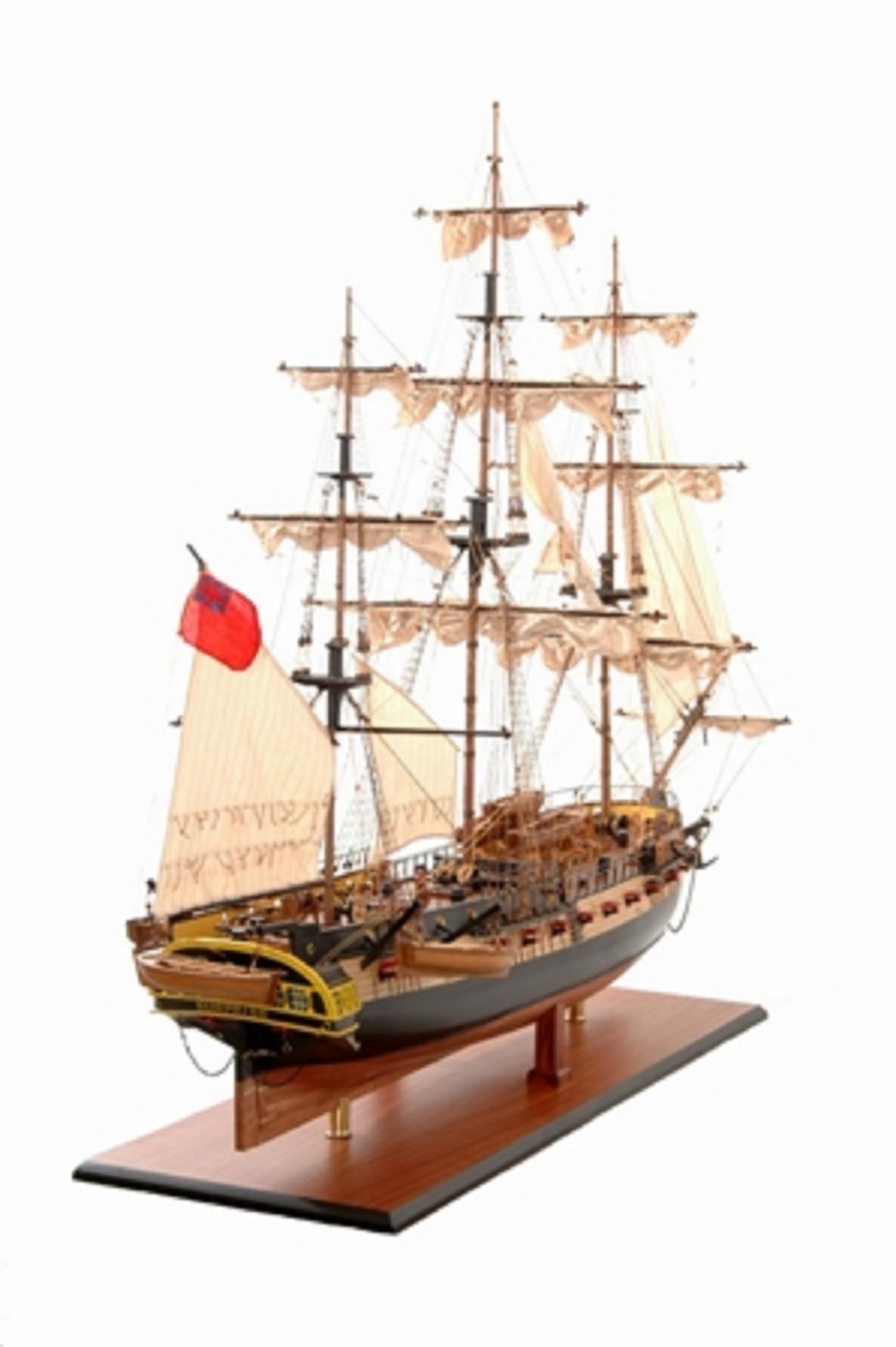 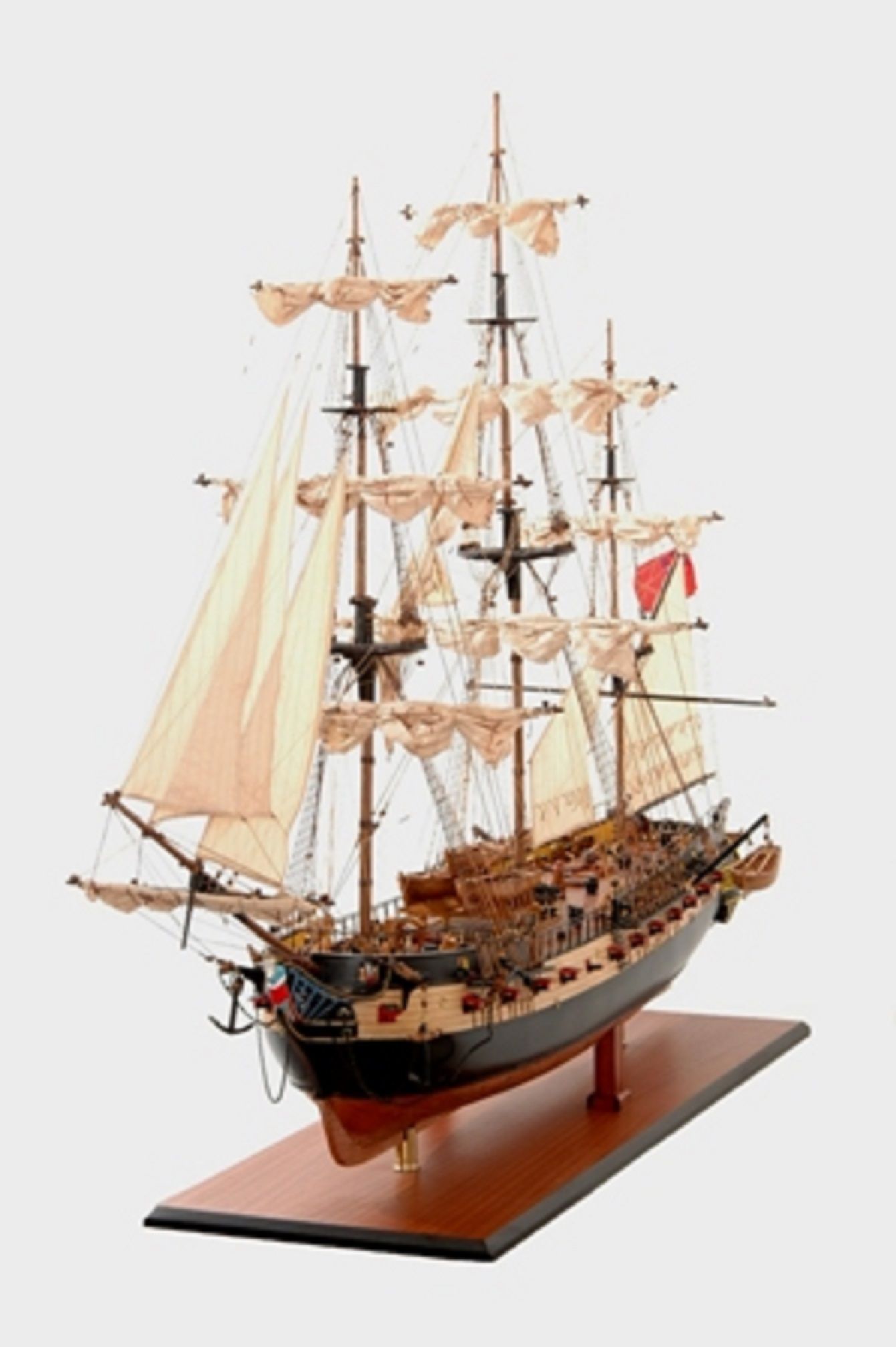 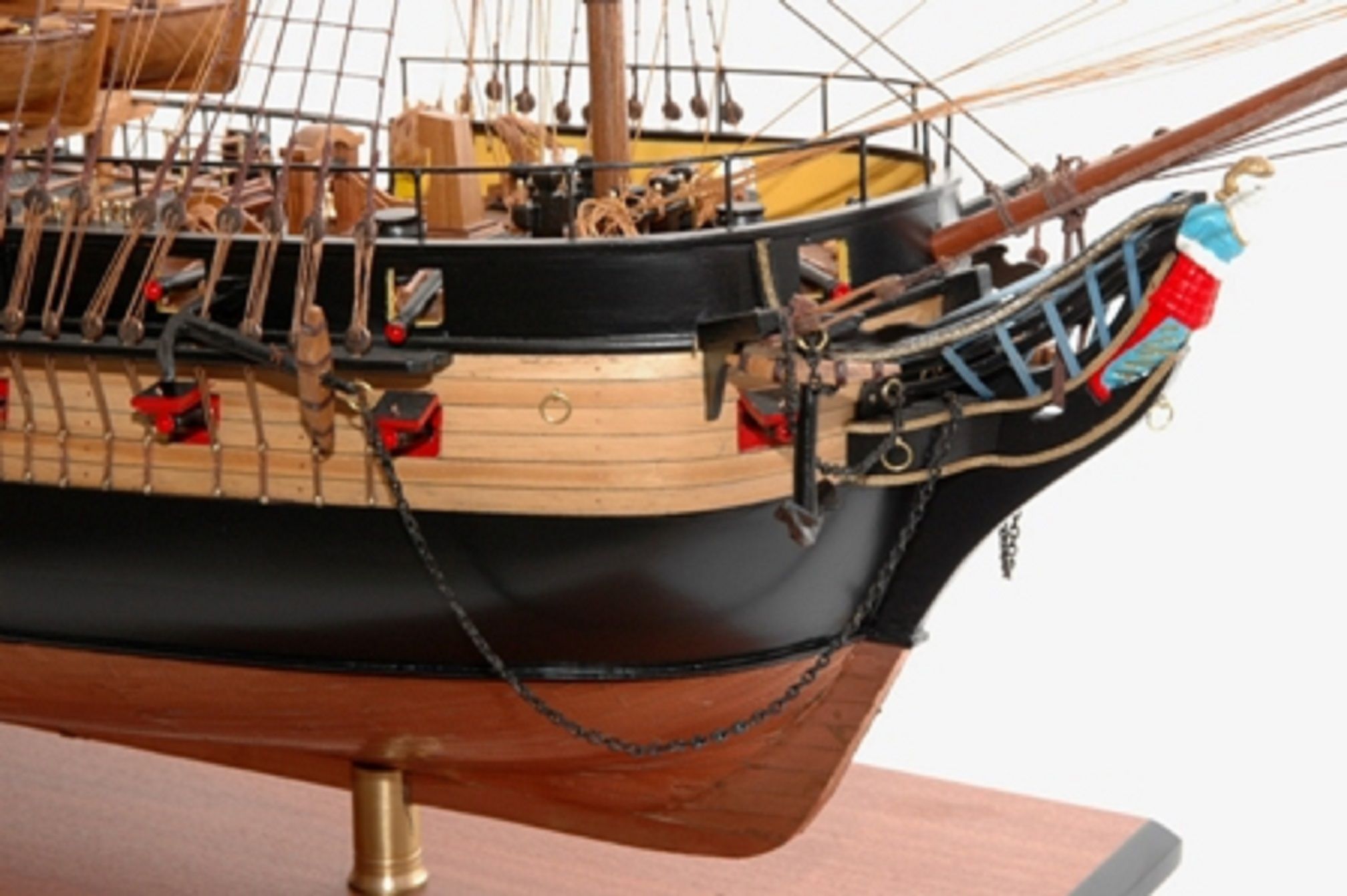 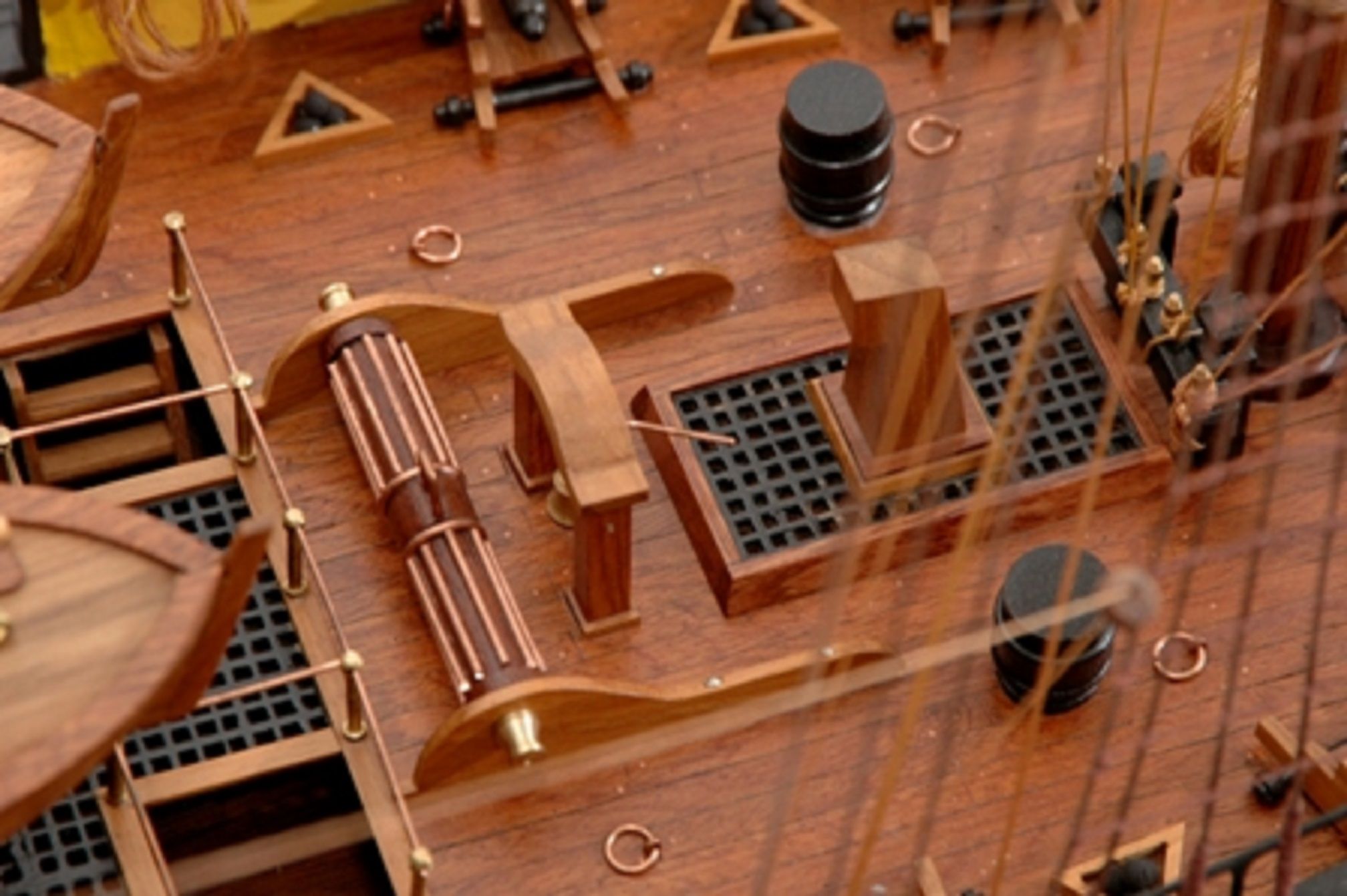 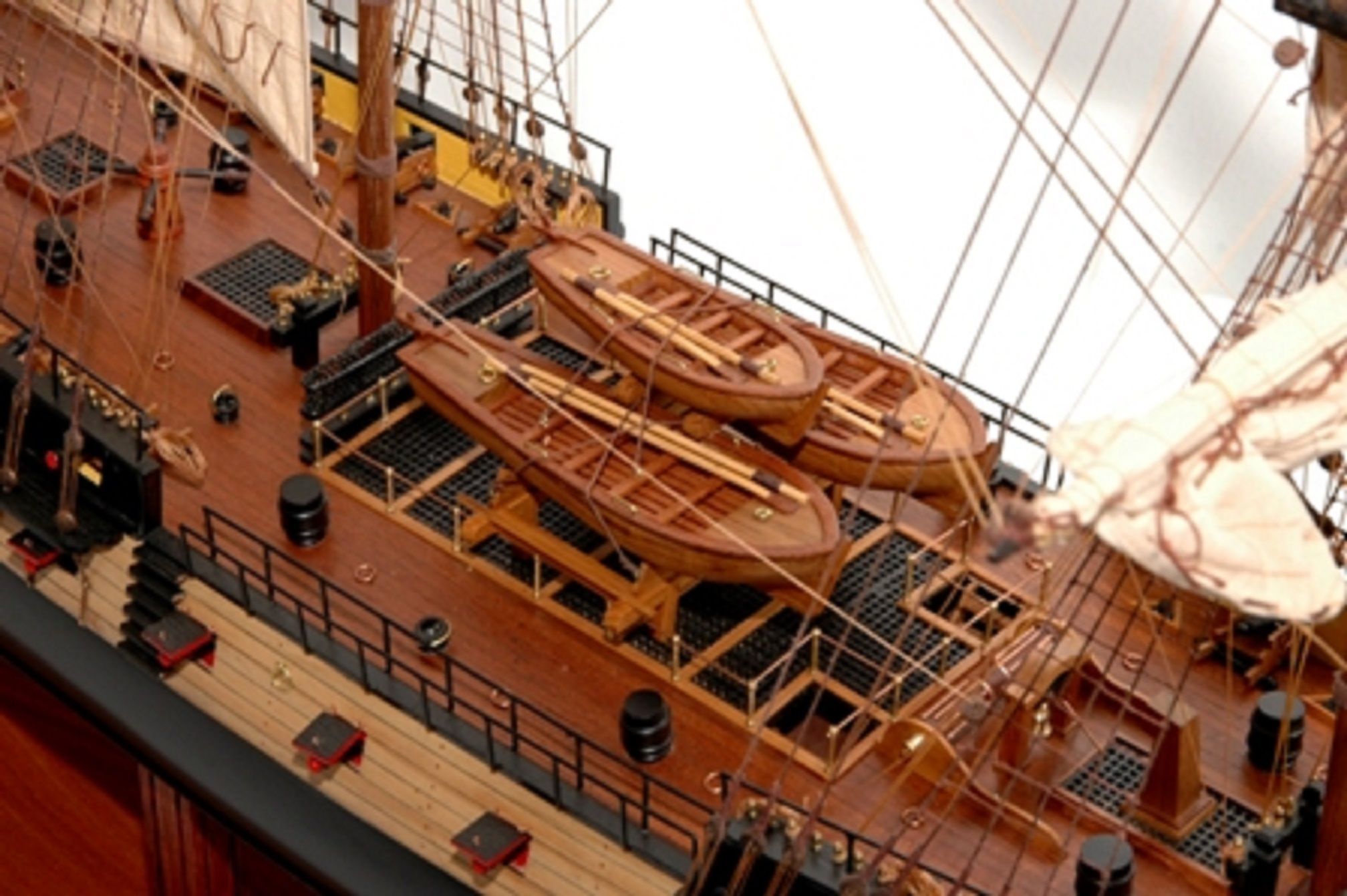 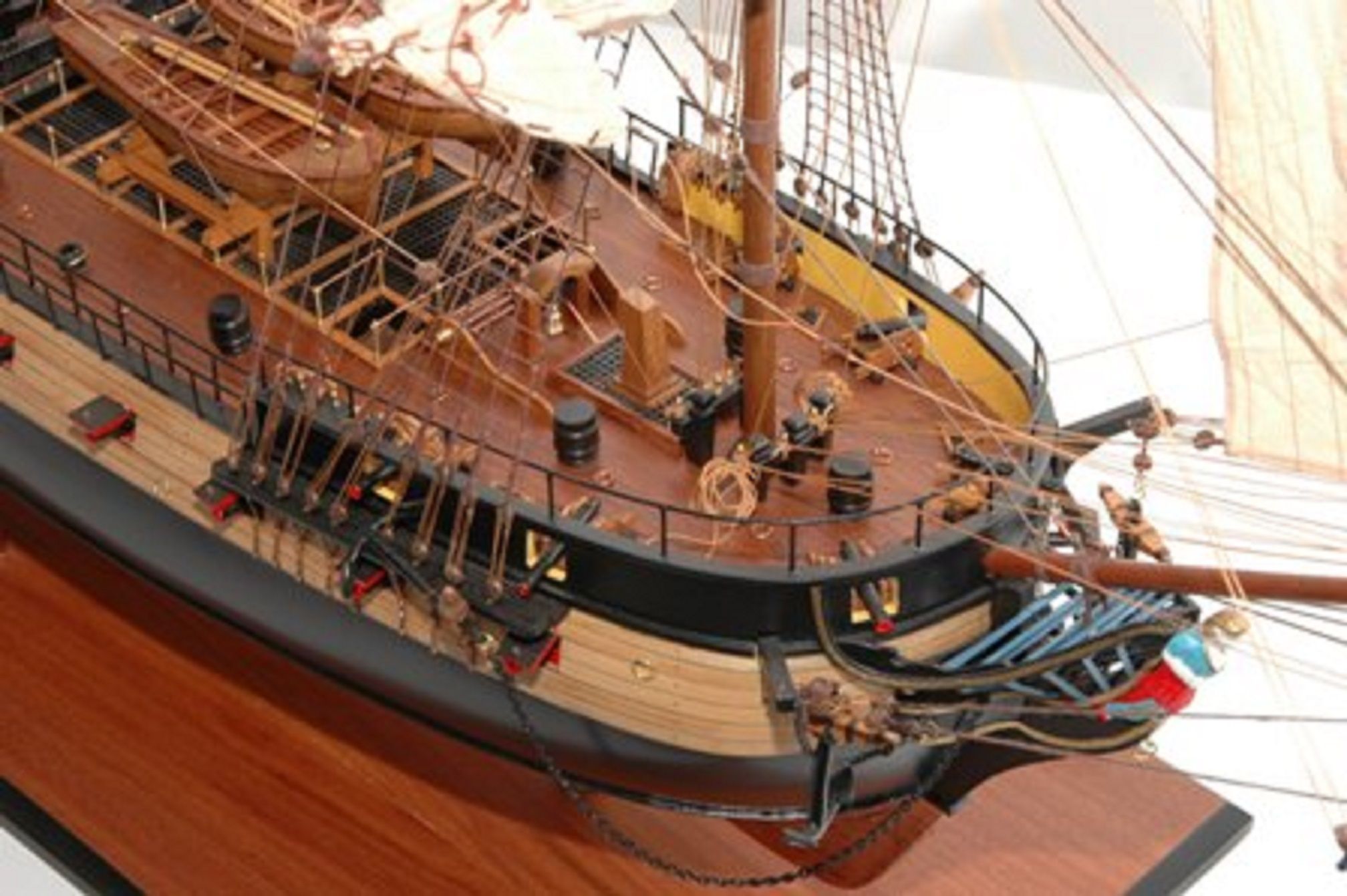 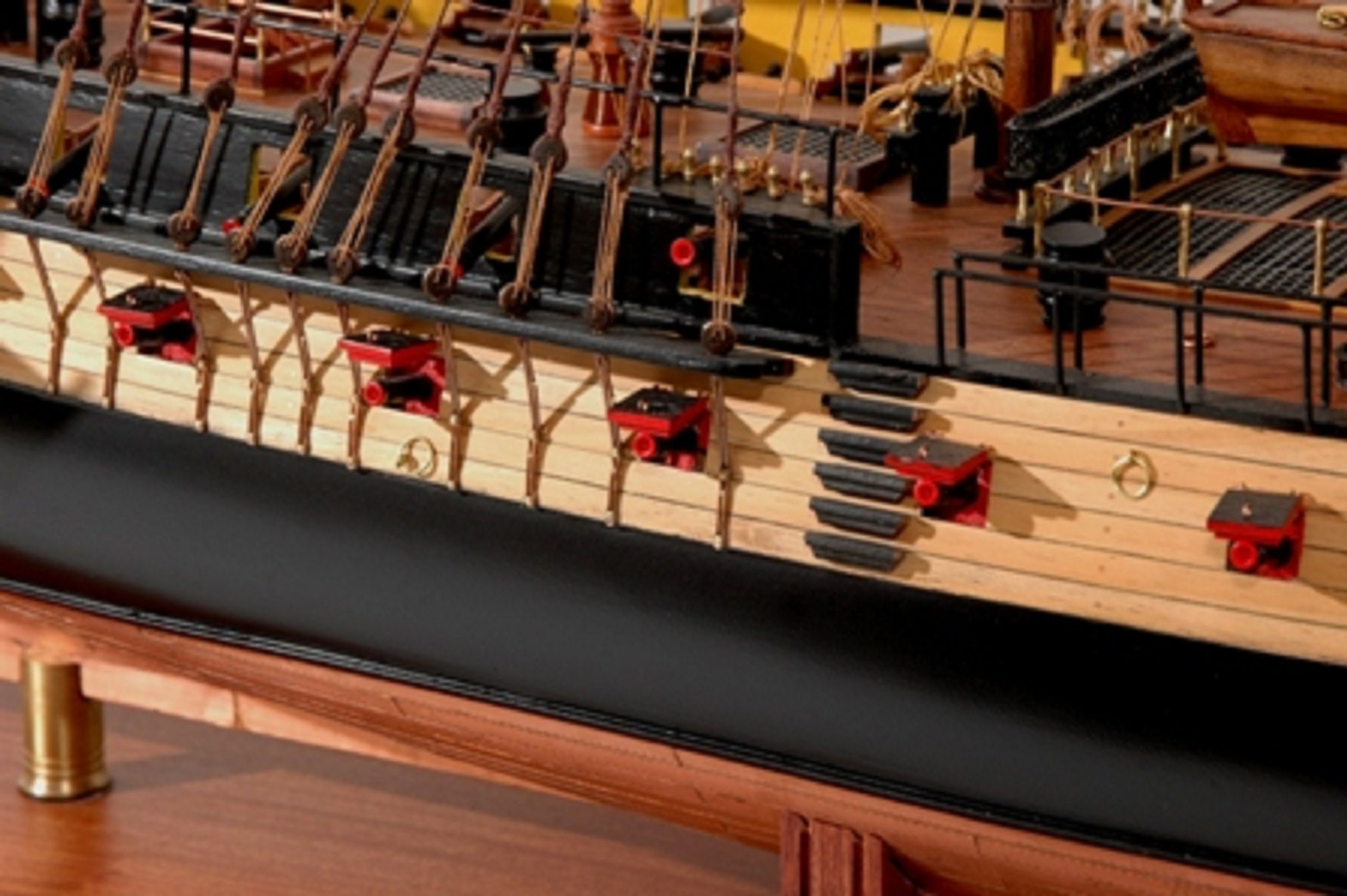 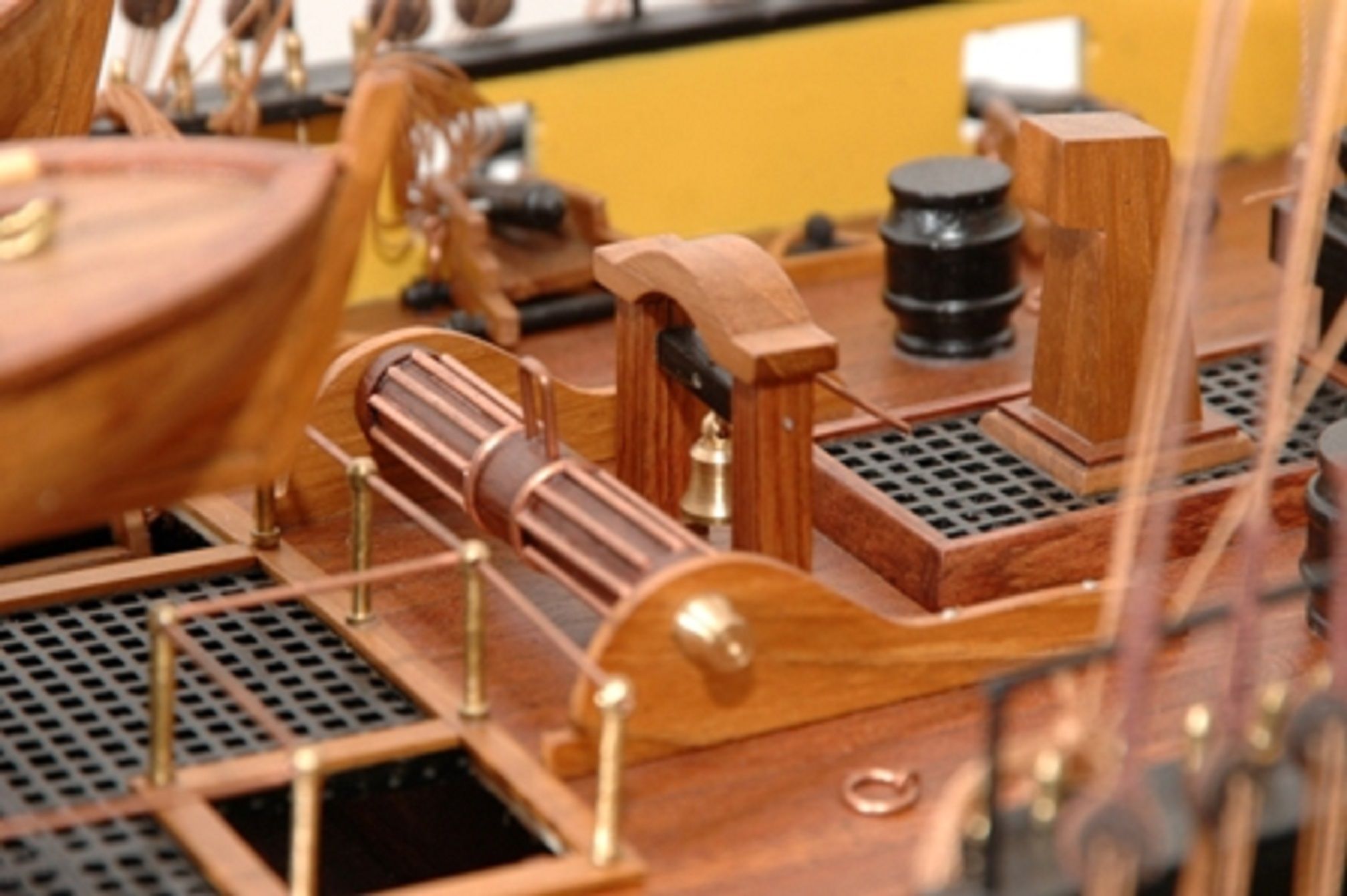 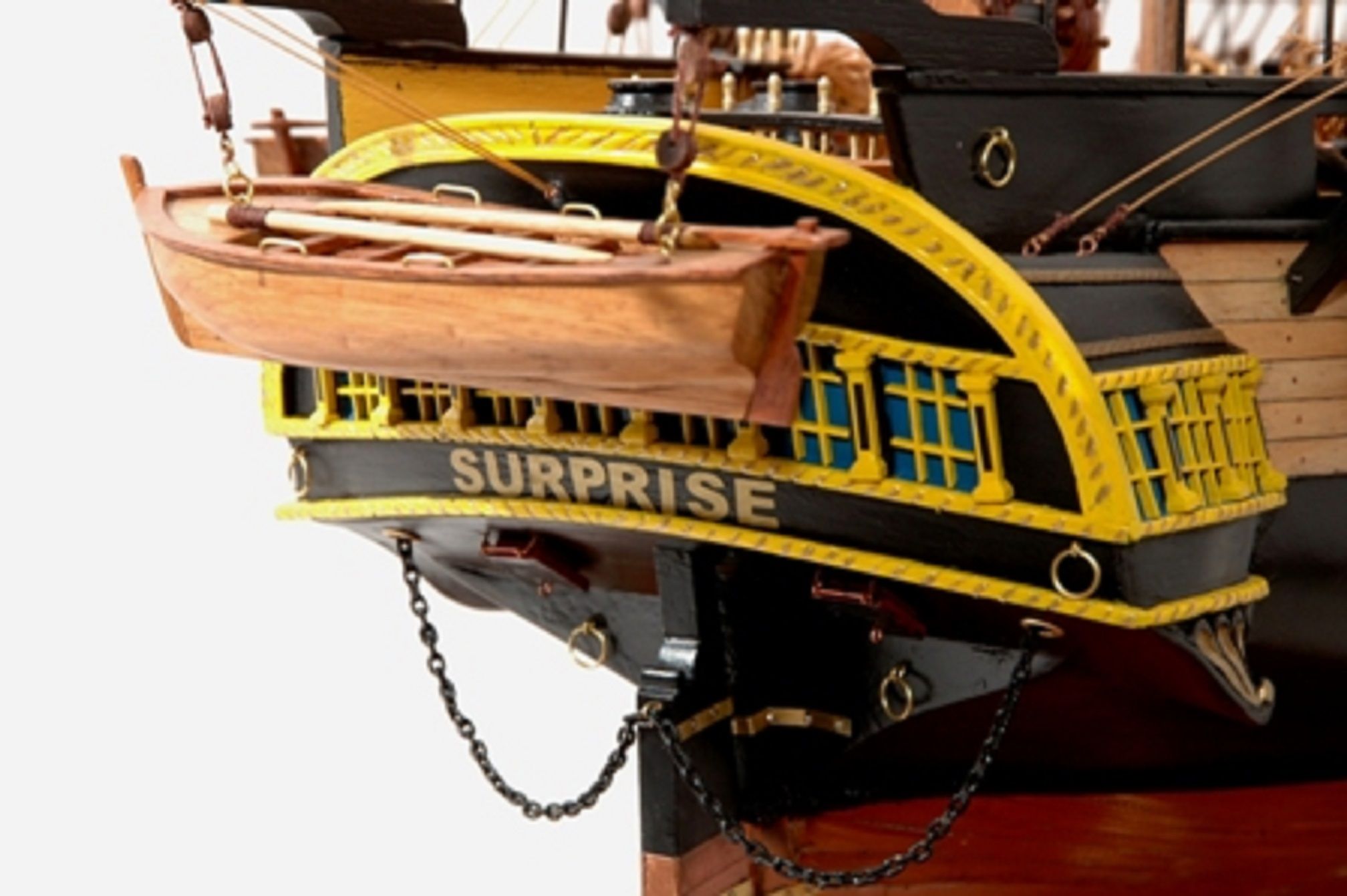 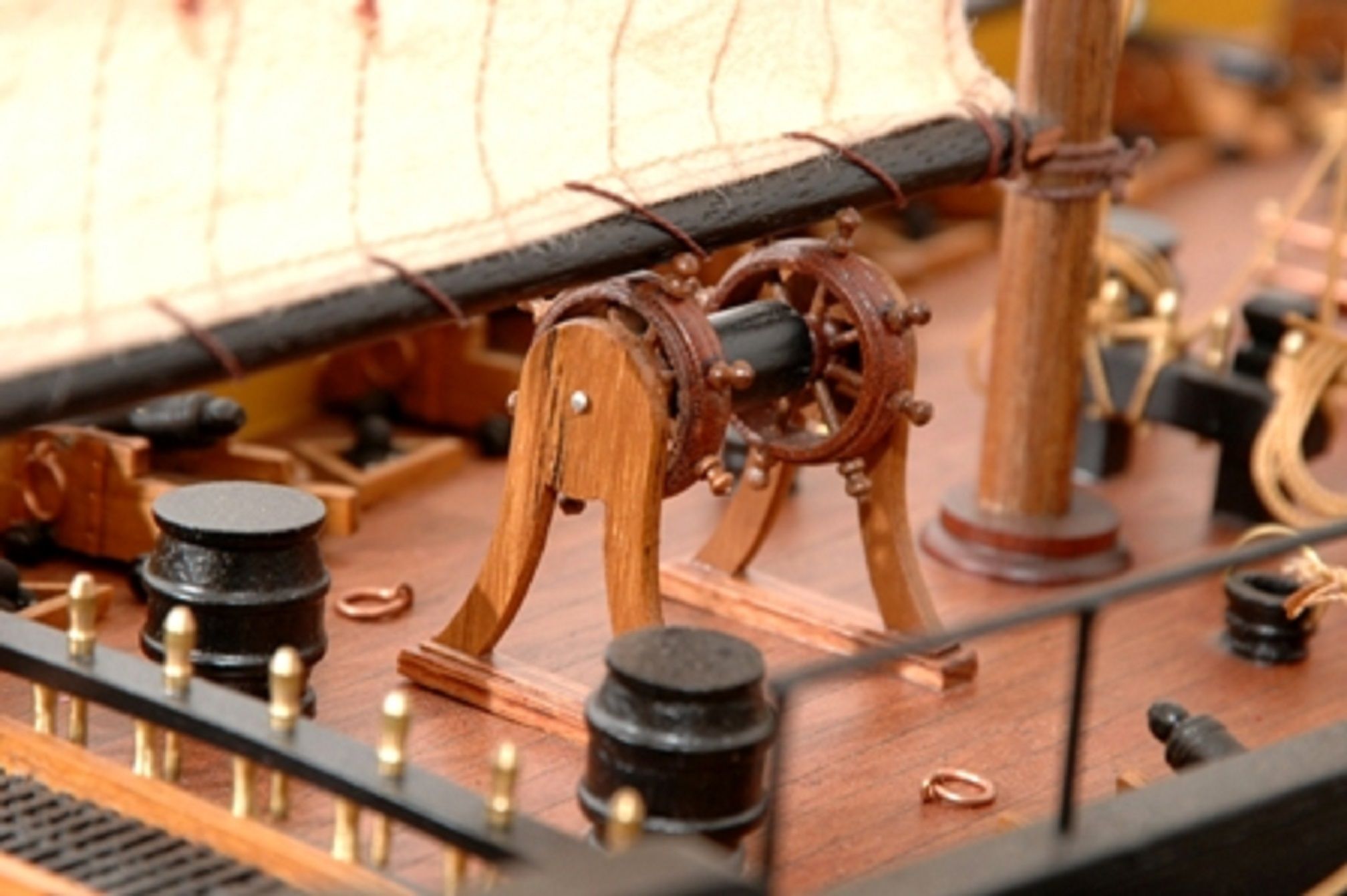 Tax for your country will be calculated on the checkout page
Handcrafted, scratch built and ready made. Absolutely nothing to do, except to remove from their boxes!
Please click here for a ship model of the HMS Surprise in our gold range

The Surprise, was made famous by the writings of Patrick OBrian, in his books on the adventures of Captain Aubrey and the surgeon Maturin, described by the world famous writer as his favourite ship. A short history of the original Surprise is listed below.

The fabulous frigate was constructed in Le Havre as Unite in 1794. It was a 24-gun corvette, armed with 8lb long guns. The British captured her in April 1796 in the Mediterranean, and her name changed to the HMS Surprise. She was re-armed and classed as a 28-gun ship. She actually carried 24 32 lb carronades on her main deck, 8 32 lb carronades on her quarter deck, and 4 6 lb long guns on her foredeck.

French frigates were much sought after by the British, because of their manoeuvrability and speed. The streamlined design of the hull below the waterline meant that these frigates could out run most other ships.

Her big moment came in October 1799 under the command of Captain Edward Hamilton for the daring rescue of the frigate Hermoine. The latters crew had mutinied, killing their commander and officers. The ship was surrendered to the Spanish, and was taken to the harbour at Puerto Cabello in modern day Venezuela.

In trying to rescue the ship, the boats of the HMS Surprise was spotted and fired on by patrolling gunboats. They soldiered on, boarded the Hermoine, cleared the deck and sailed her out. Their losses were 12 wounded, whilst the Spanish suffered a loss of 216 wounded (including many dead). Captain Hamilton who led the rescue was knighted for his conduct, and the Hermoine restored to the British Navy.
Go to Premier Ship Models Sitemap or Home Page
Sorry we have no extra information for this product
This Vessel Type is Merchant ship 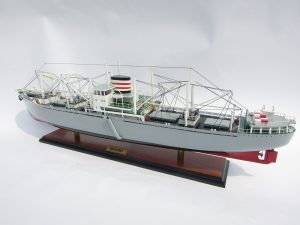 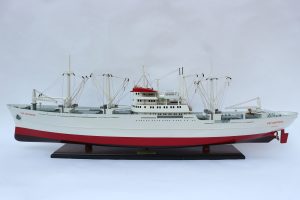 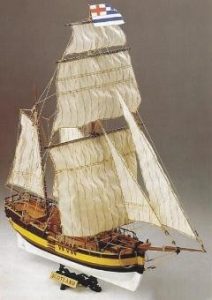 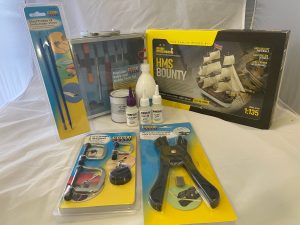 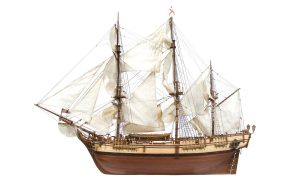