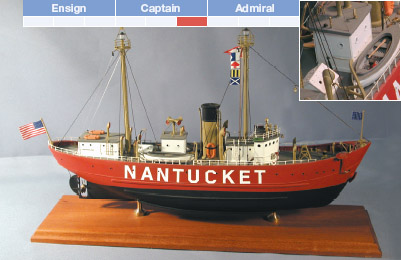 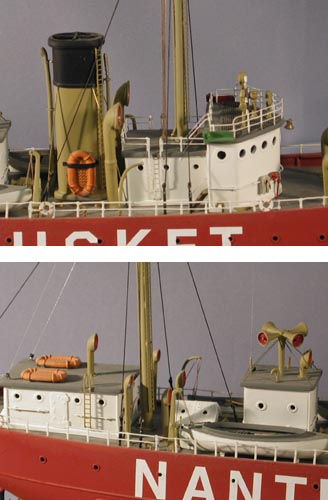 The Nantucket (LV112) was a lightship that played a crucial role as a beacon and waypoint before the era of modern aids to navigation.  She was built in 1936 and stationed sixty miles offshore on the edge of the Nantucket Shoals.  She was stationed at the beginning of the major ship channel into New York Harbor.  This lightship guided transoceanic ships to and from US east coast ports and through some of the most dangerous shipping lanes in the world for 39 years.  She was the first symbol of America seen by thousands of immigrants.

Sorry we have no extra information for this product
This Vessel Type is Tugboat
Copyright © 2022. UK Premier ship Models. All Rights Reserved.