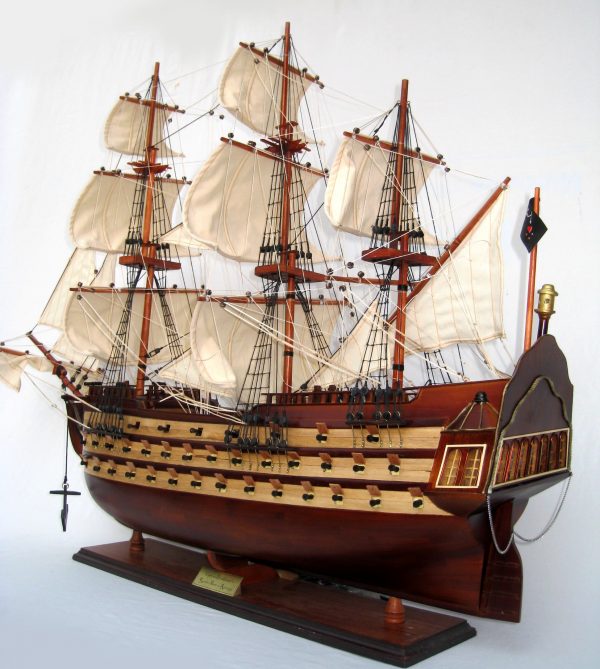 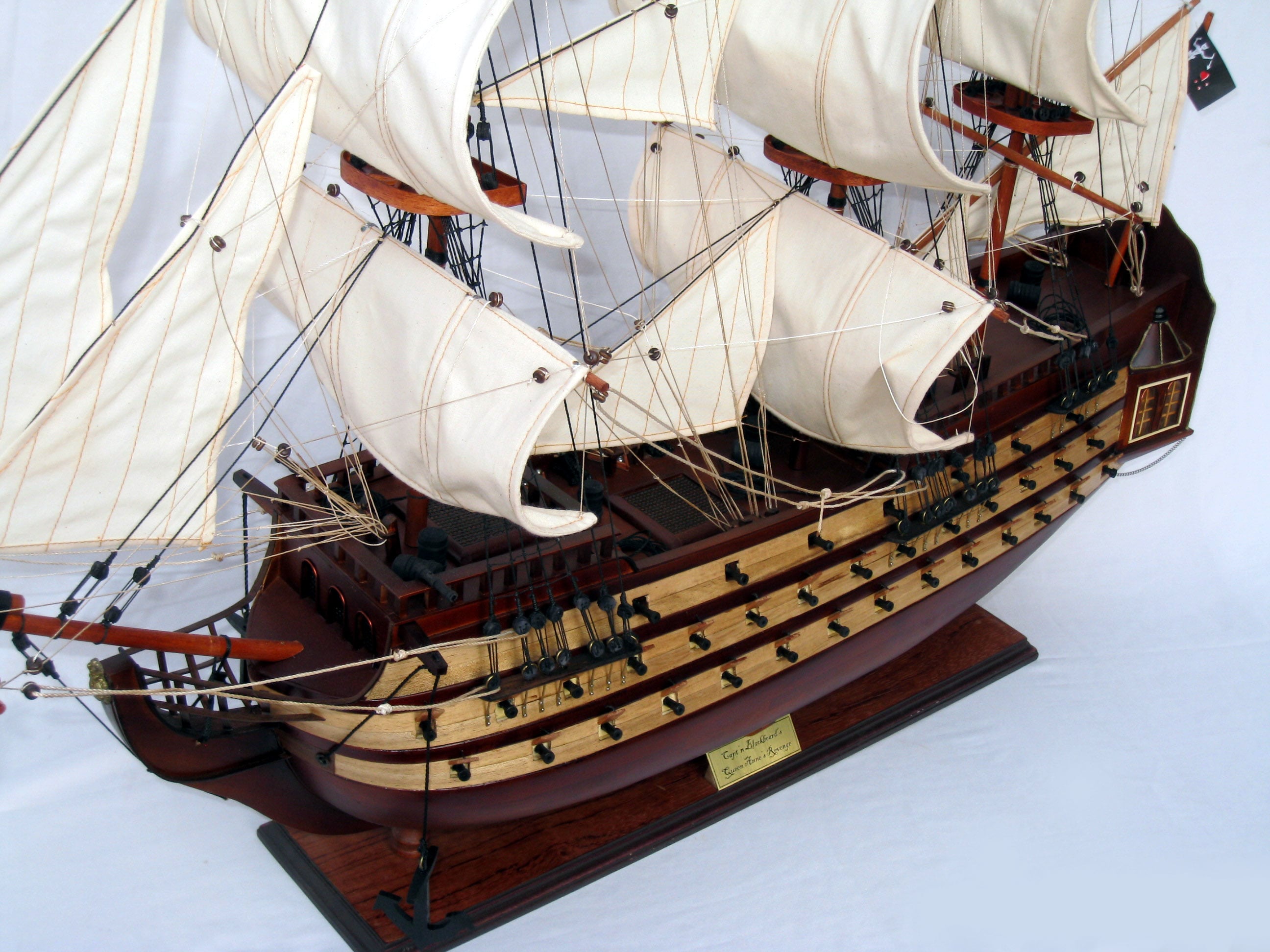 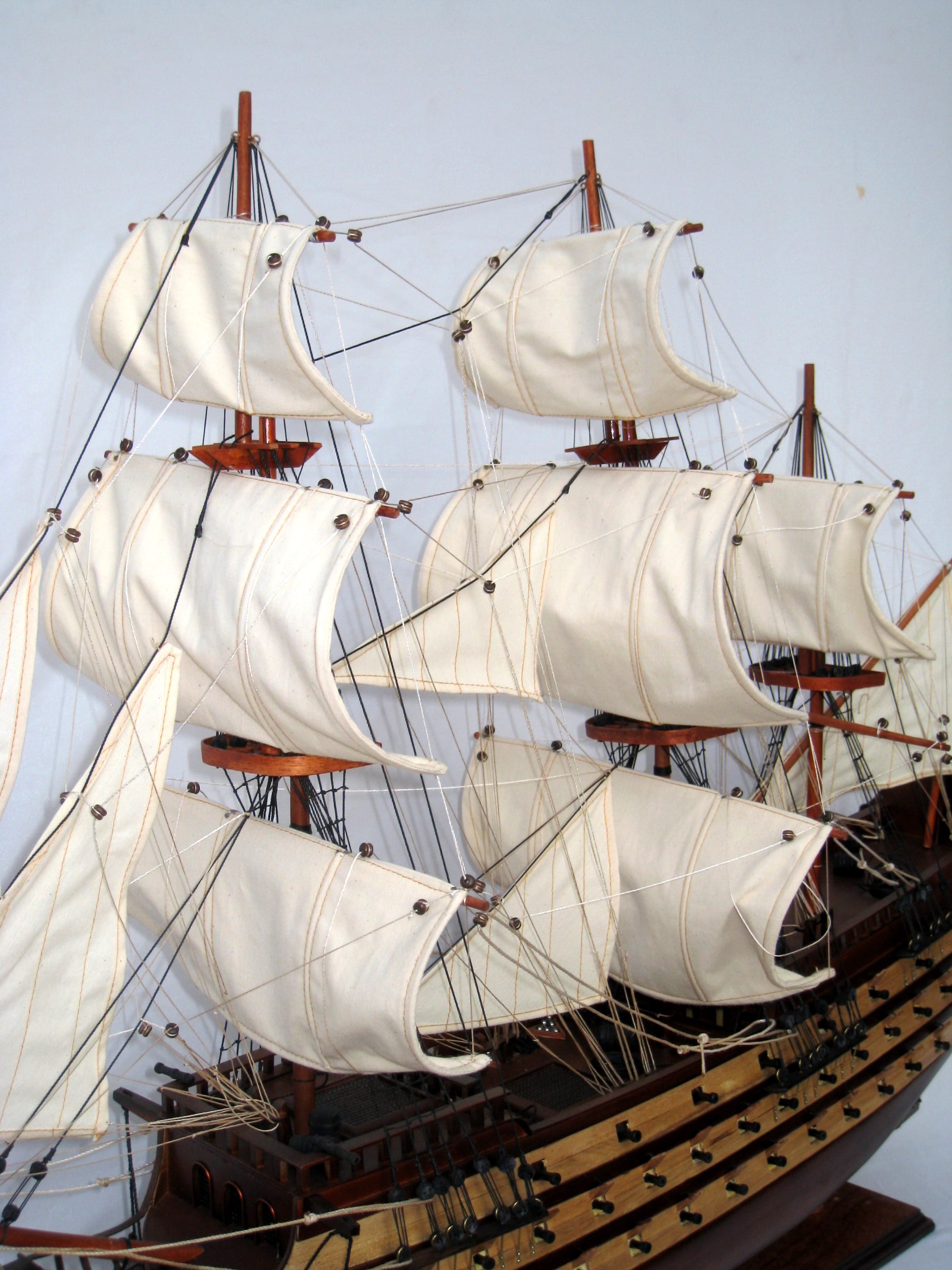 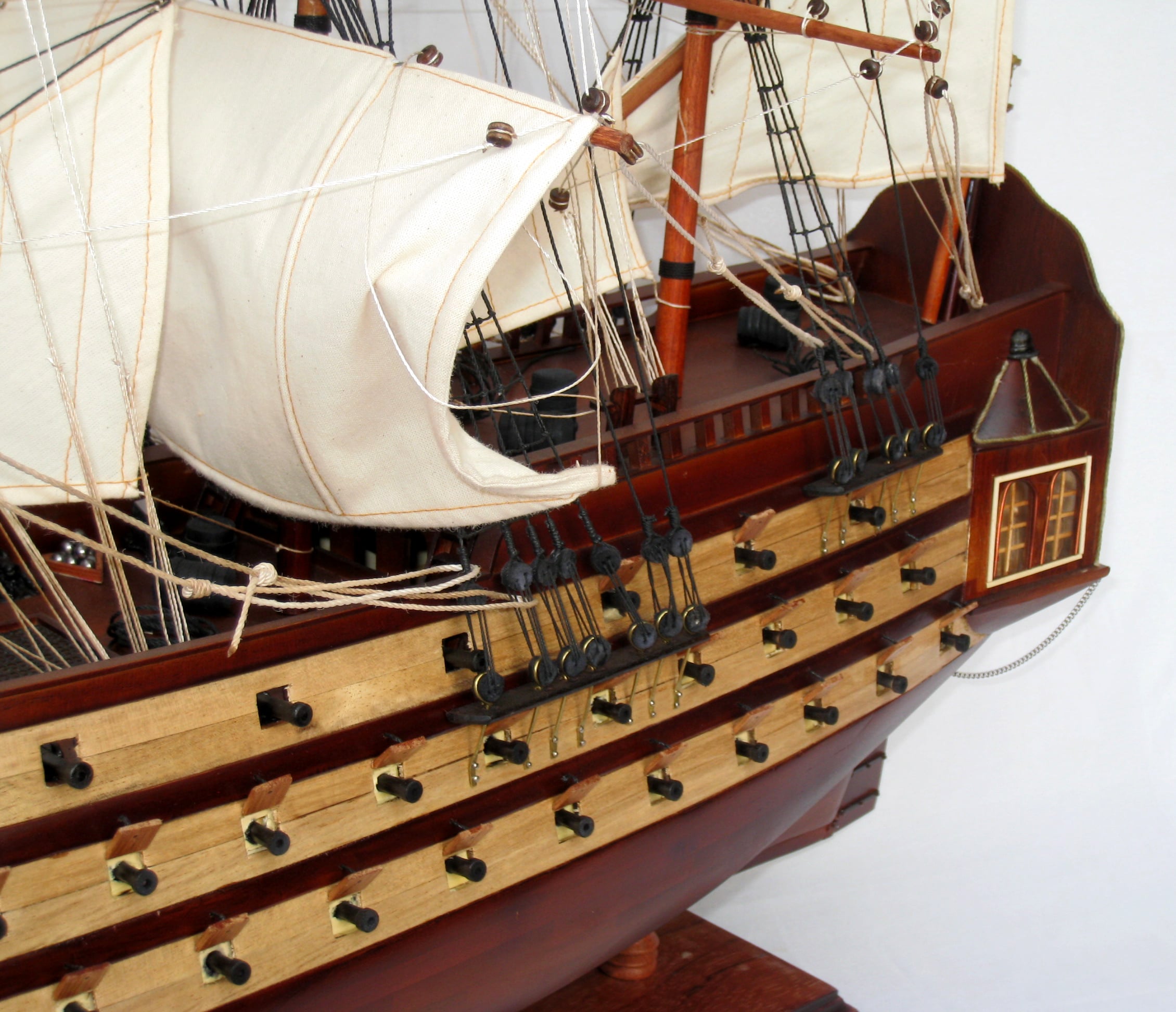 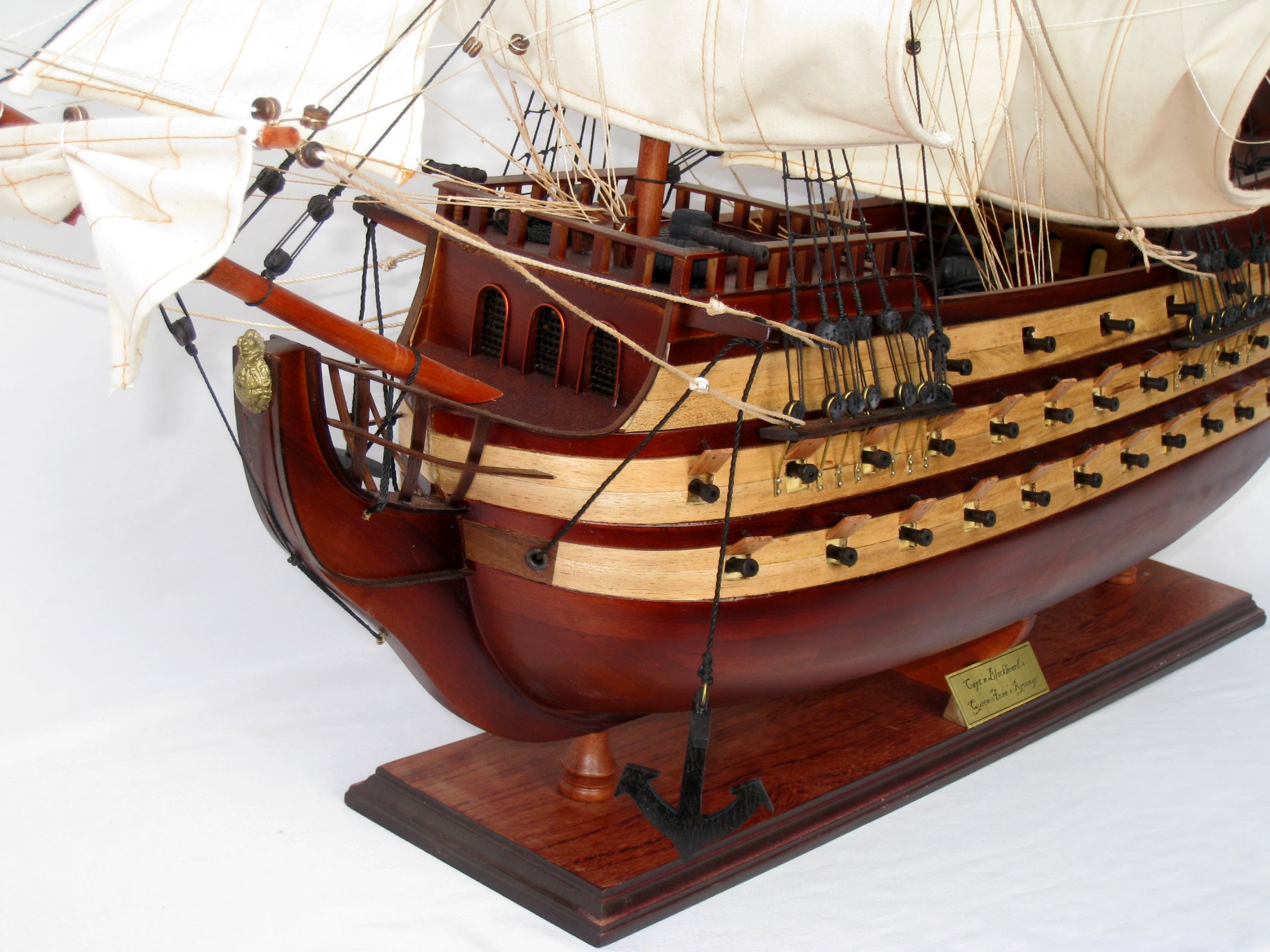 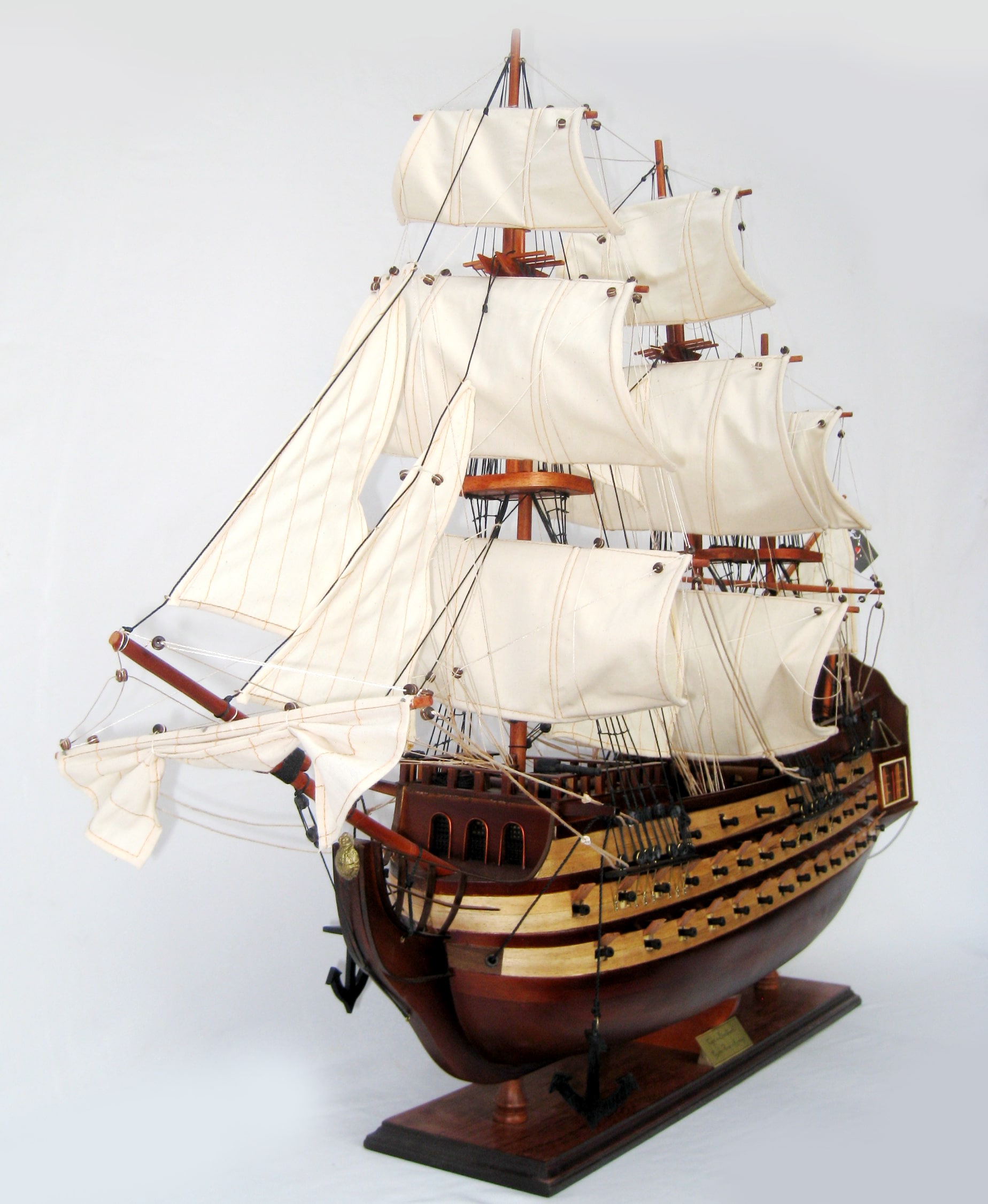 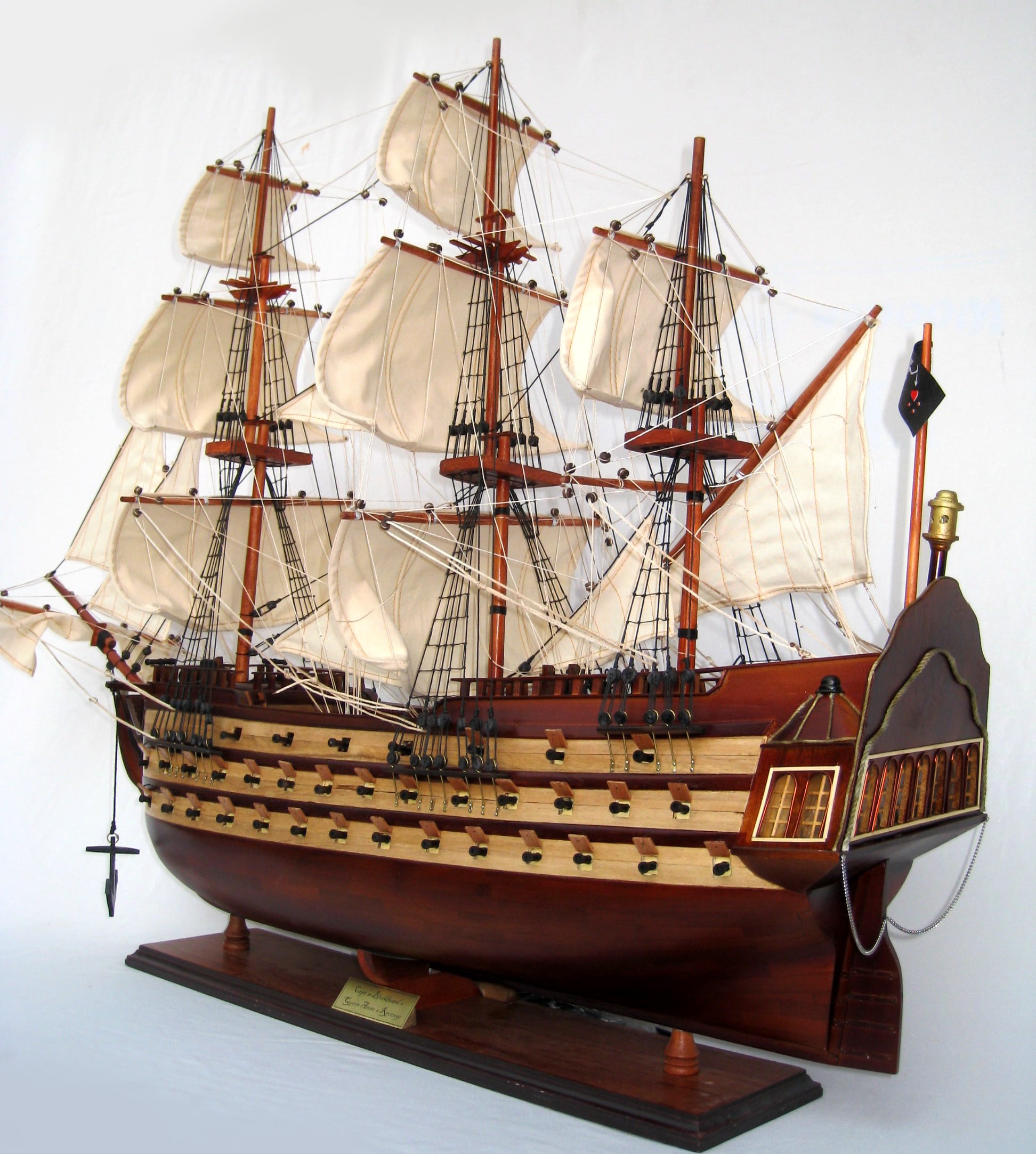 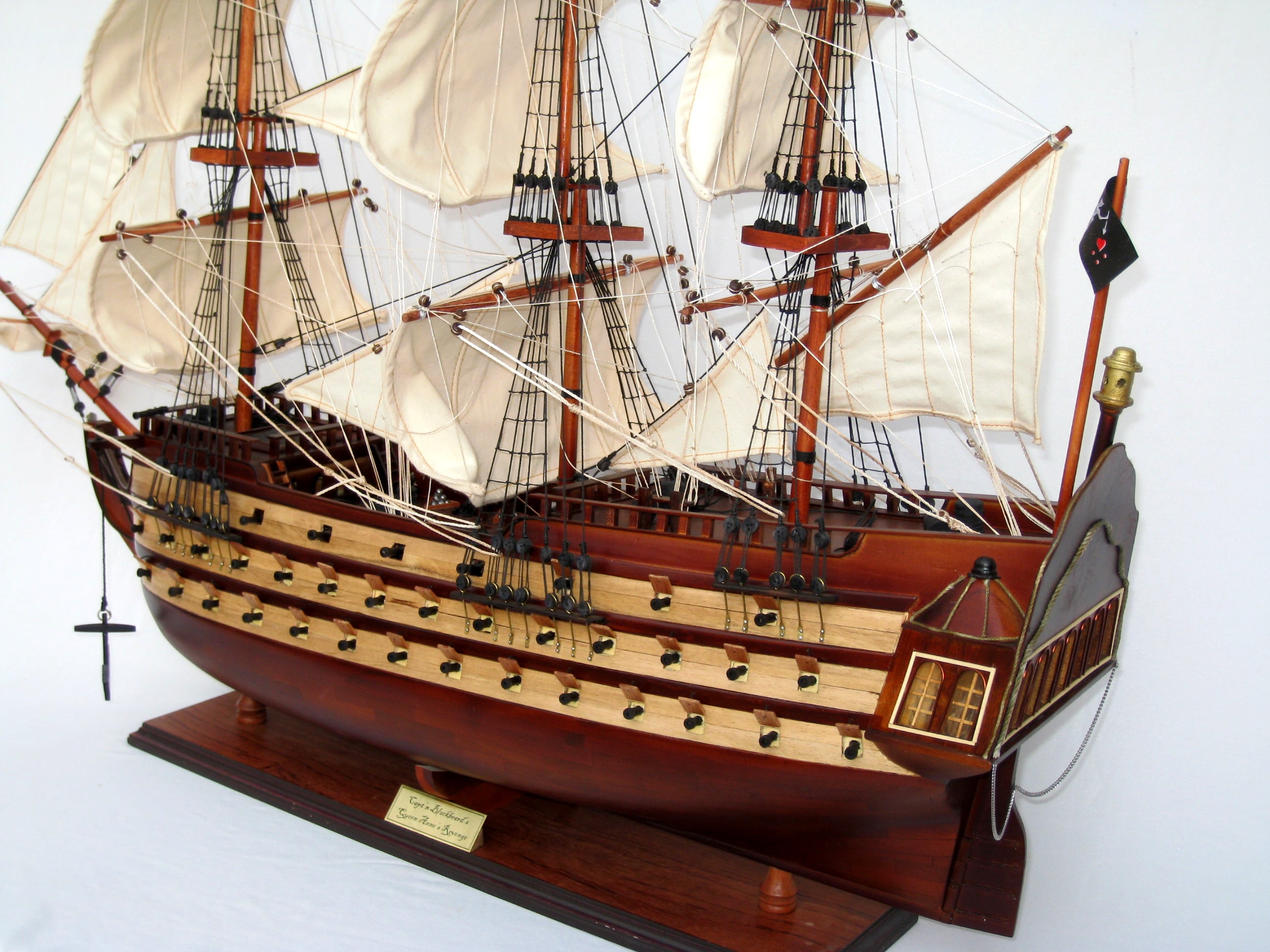 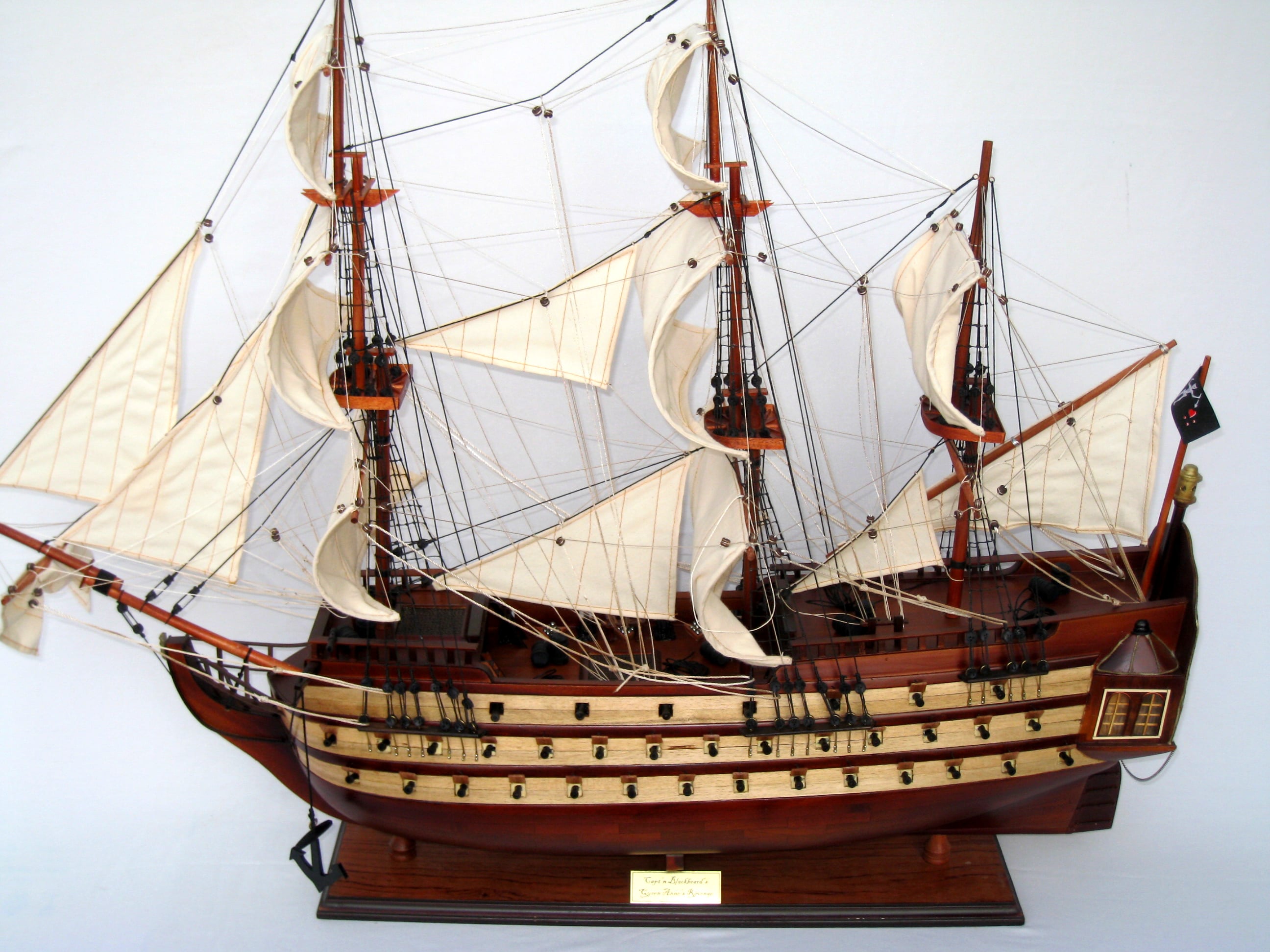 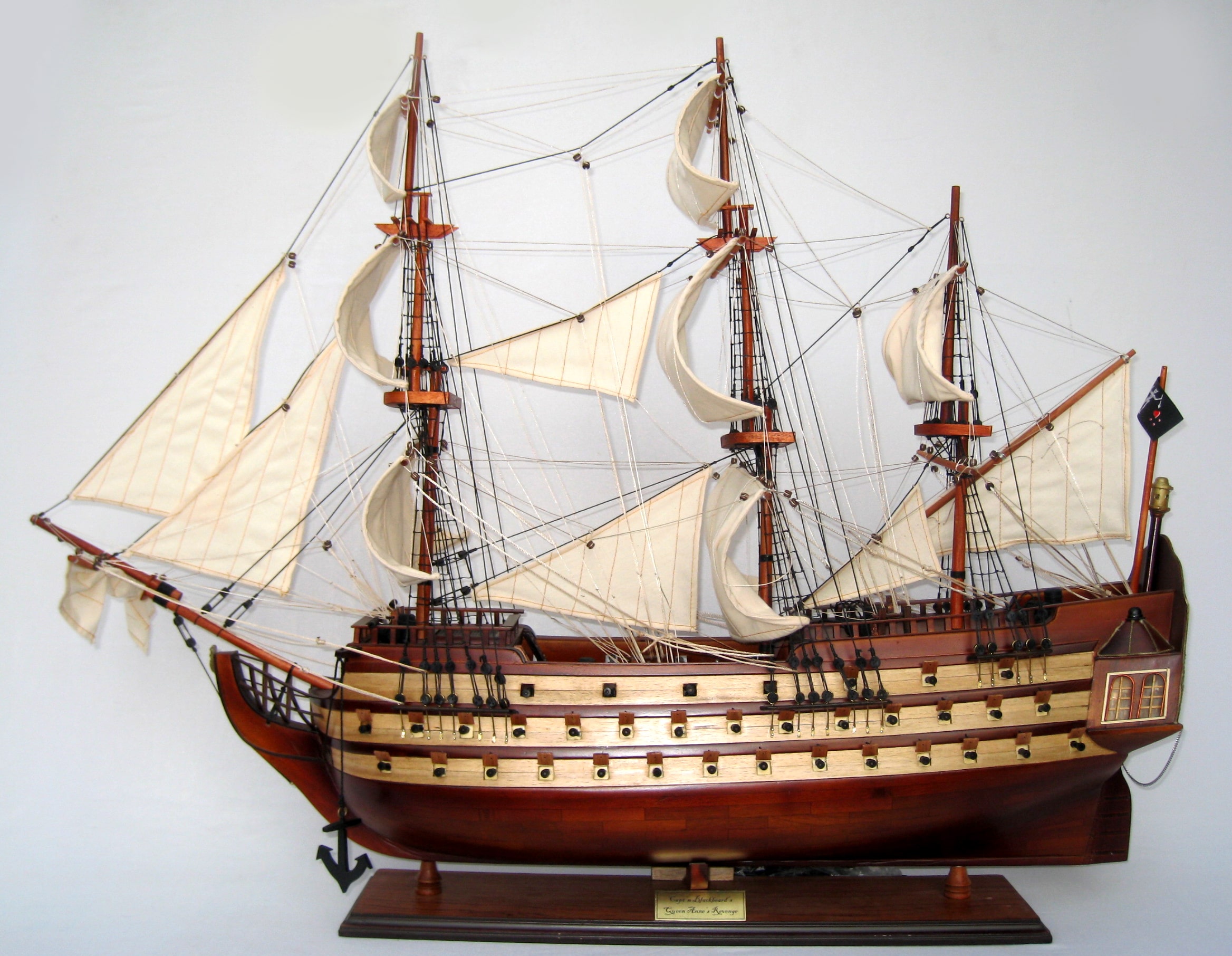 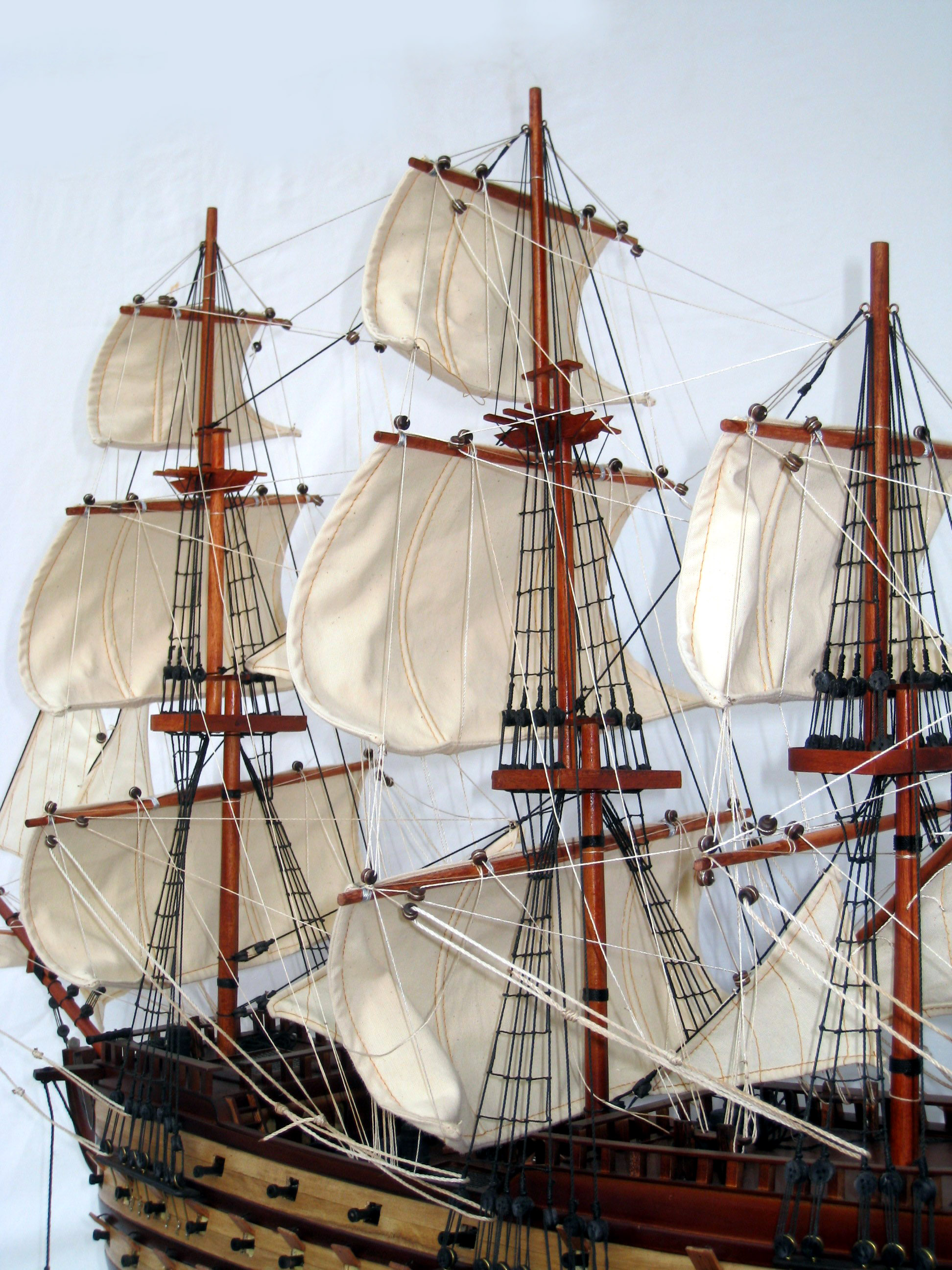 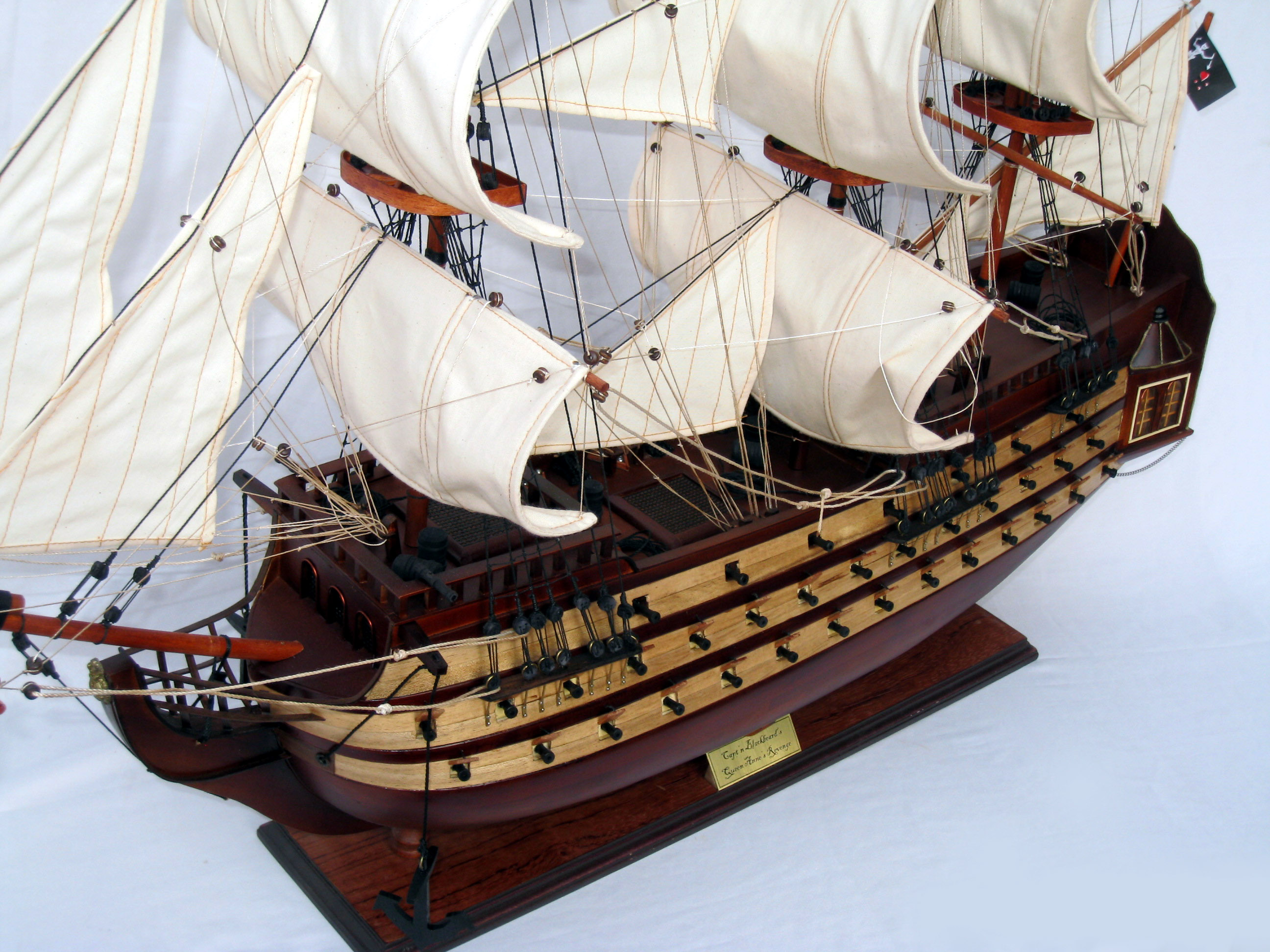 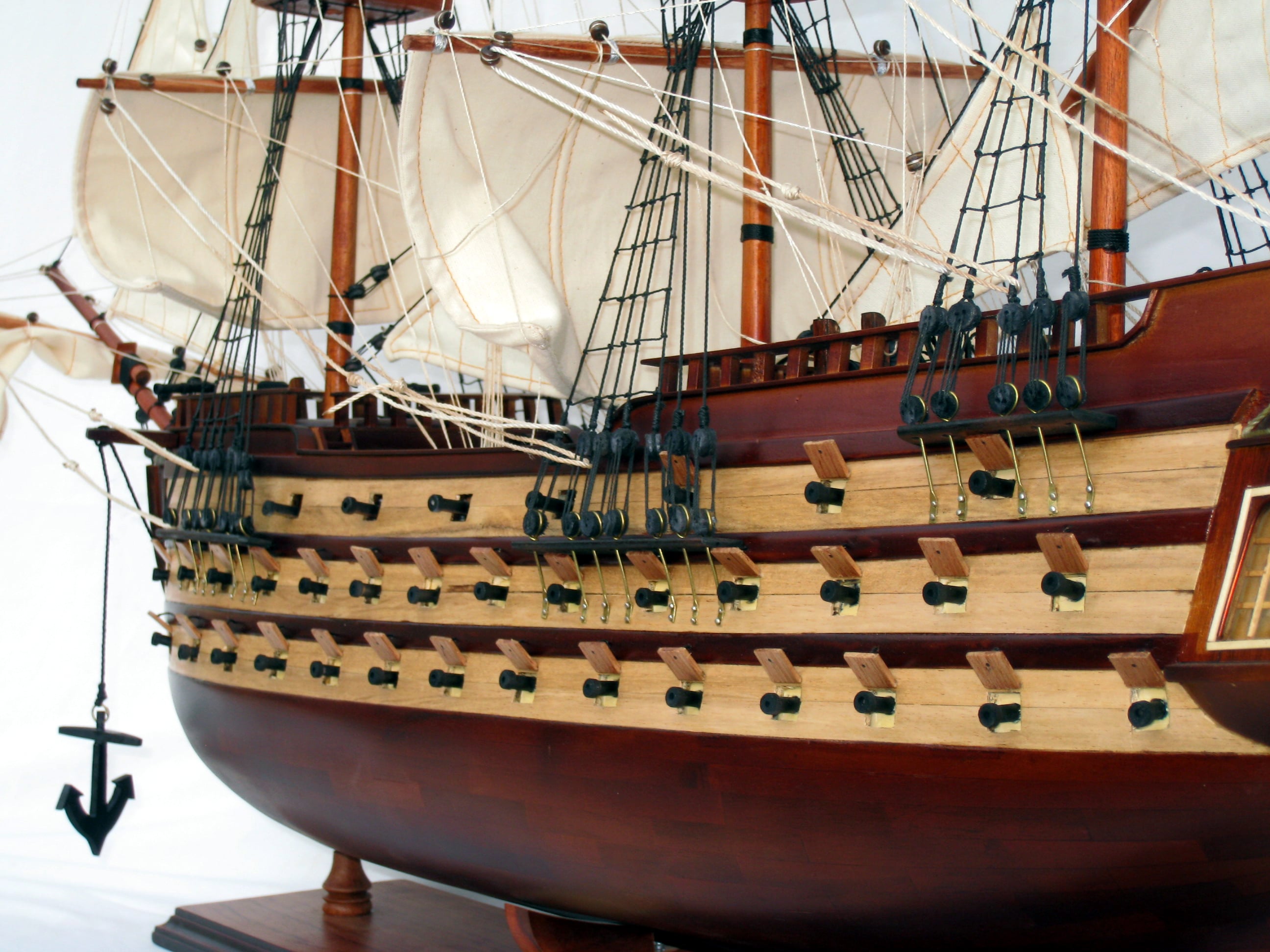 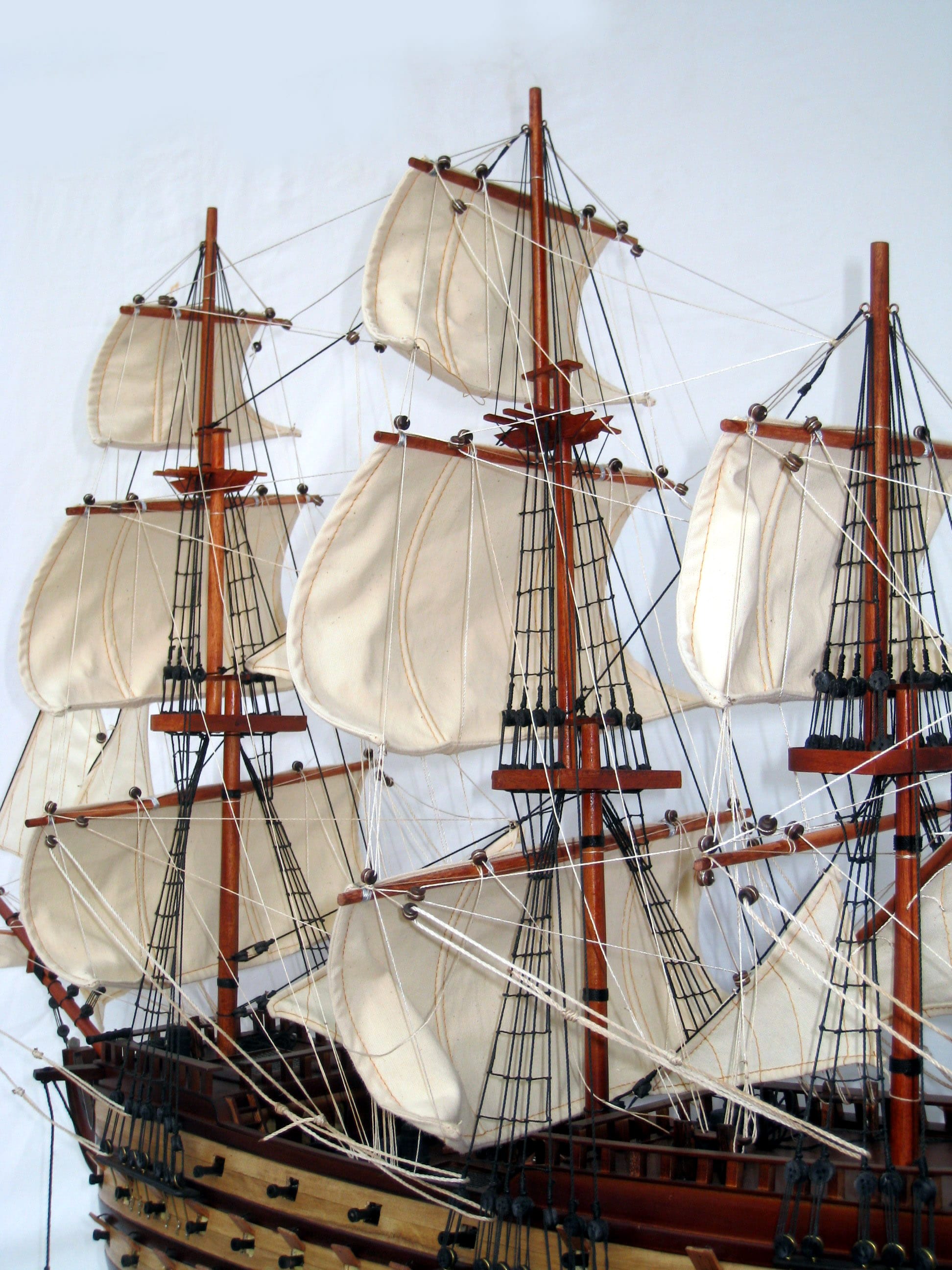 About the Queen Anne’s Revenge

In 1718, the Blackbeard carried out a blockade at the port of Charleston for a week. Shortly after this, Blackbeard attempted to enter Beaufort Inlet, In North Carolina. During this blockade, the Queen Anne’s Revenge hit a sandbar and the crew had no choice but to abandon her. Blackbeard made an escape onto a smaller ship, leaving most of his pirates to defend themselves. Shortly after he surrendered and but later returned to piracy and was killed by pirate hunters in 1718.

The Queen Anne’s Revenge was not found until 1996, when a shipwreck off the coast of North Carolina was discovered to be hers. Many of the artefacts from this shipwreck have been preserved at North Carolina’s Maritime museum, which is open to the public.

The Queen Anne’s Revenge model ship has been constructed in detail and is mounted on a solid wooden base with brass name plate. This model would make a stunning addition for any space.