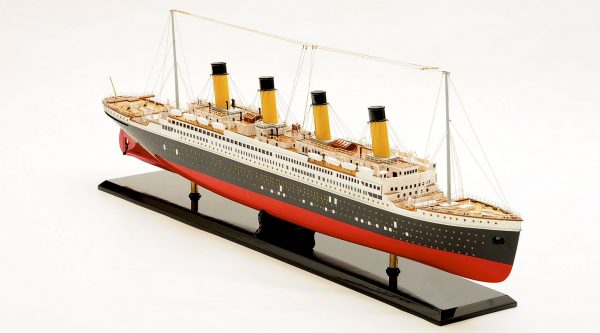 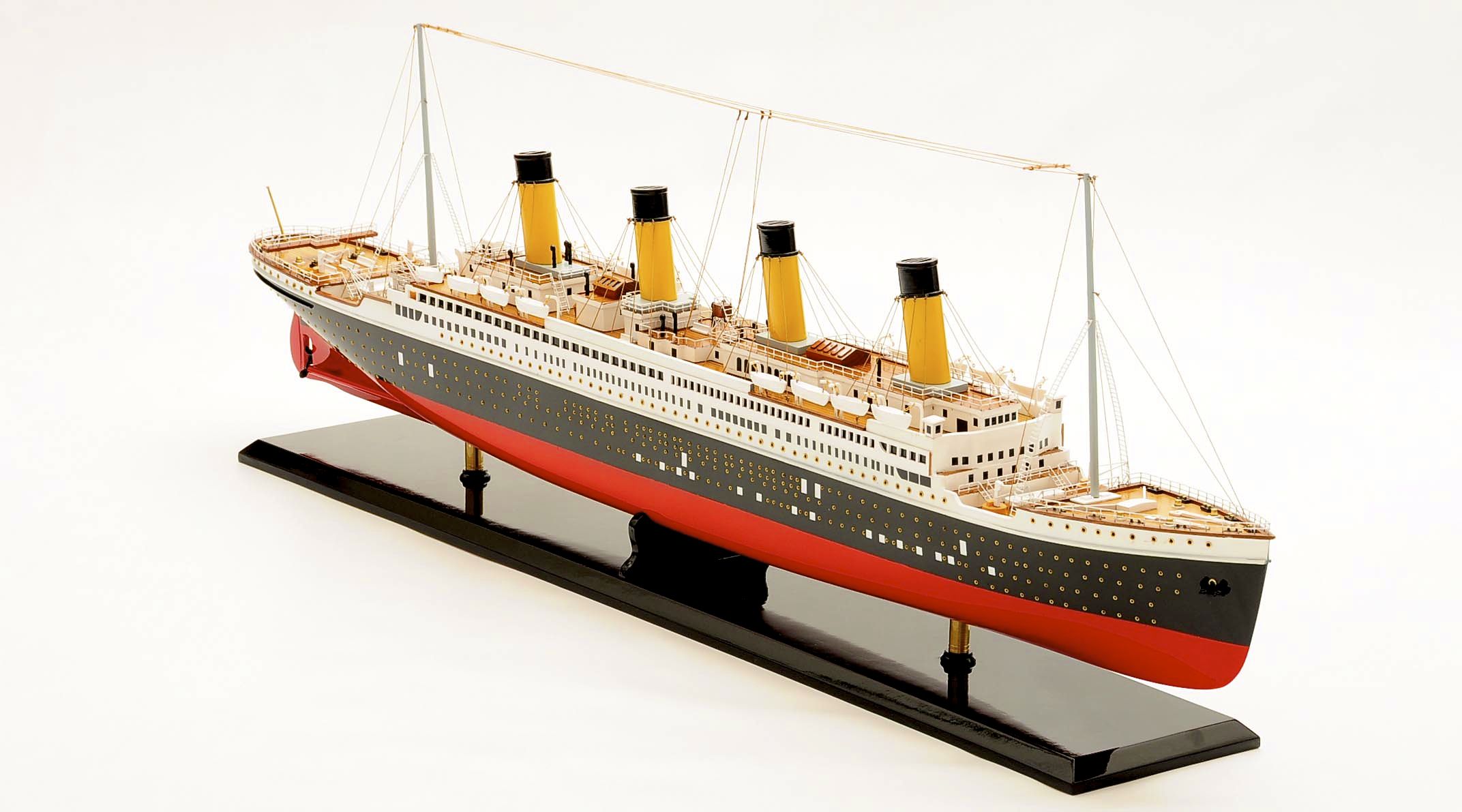 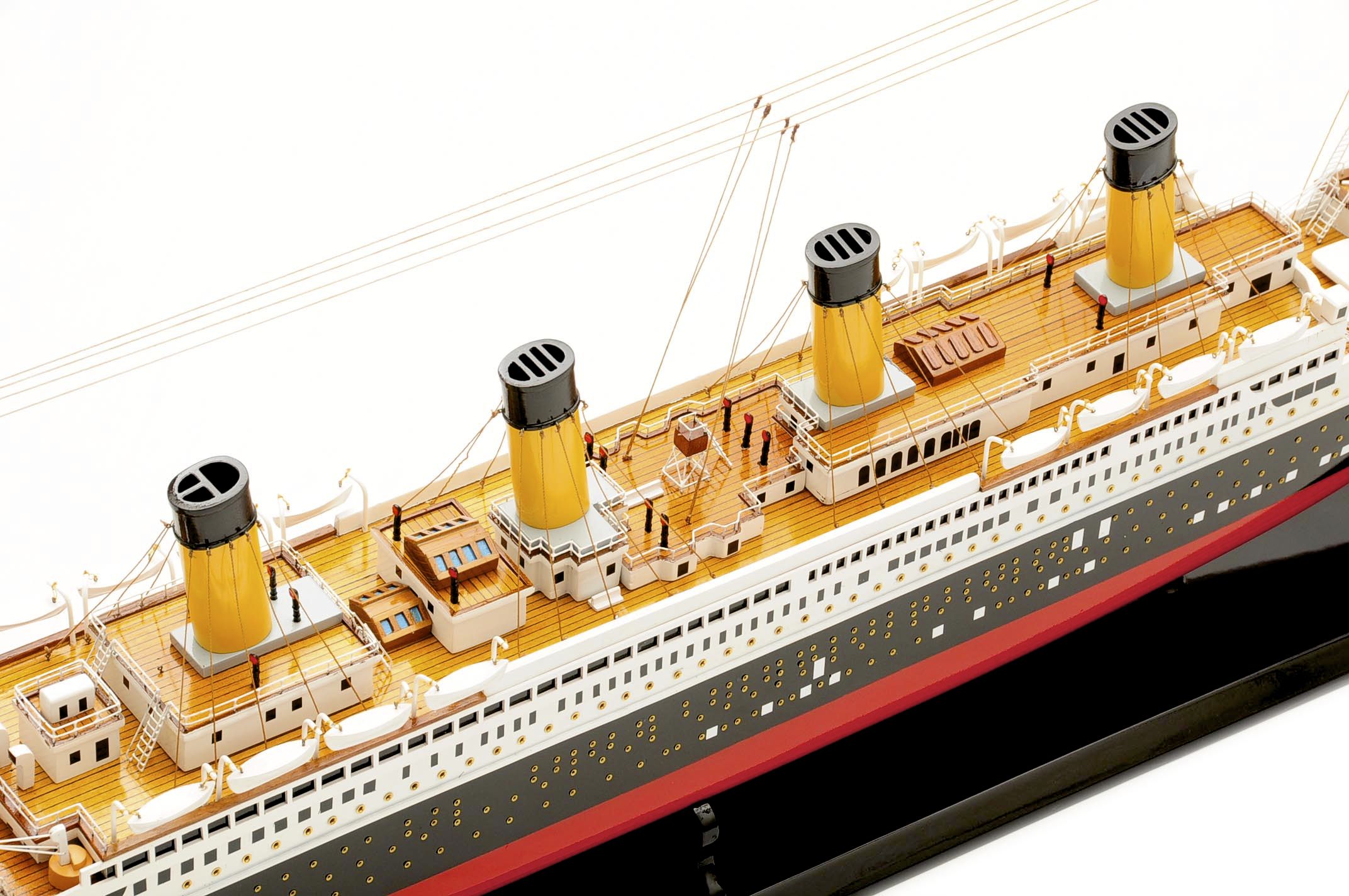 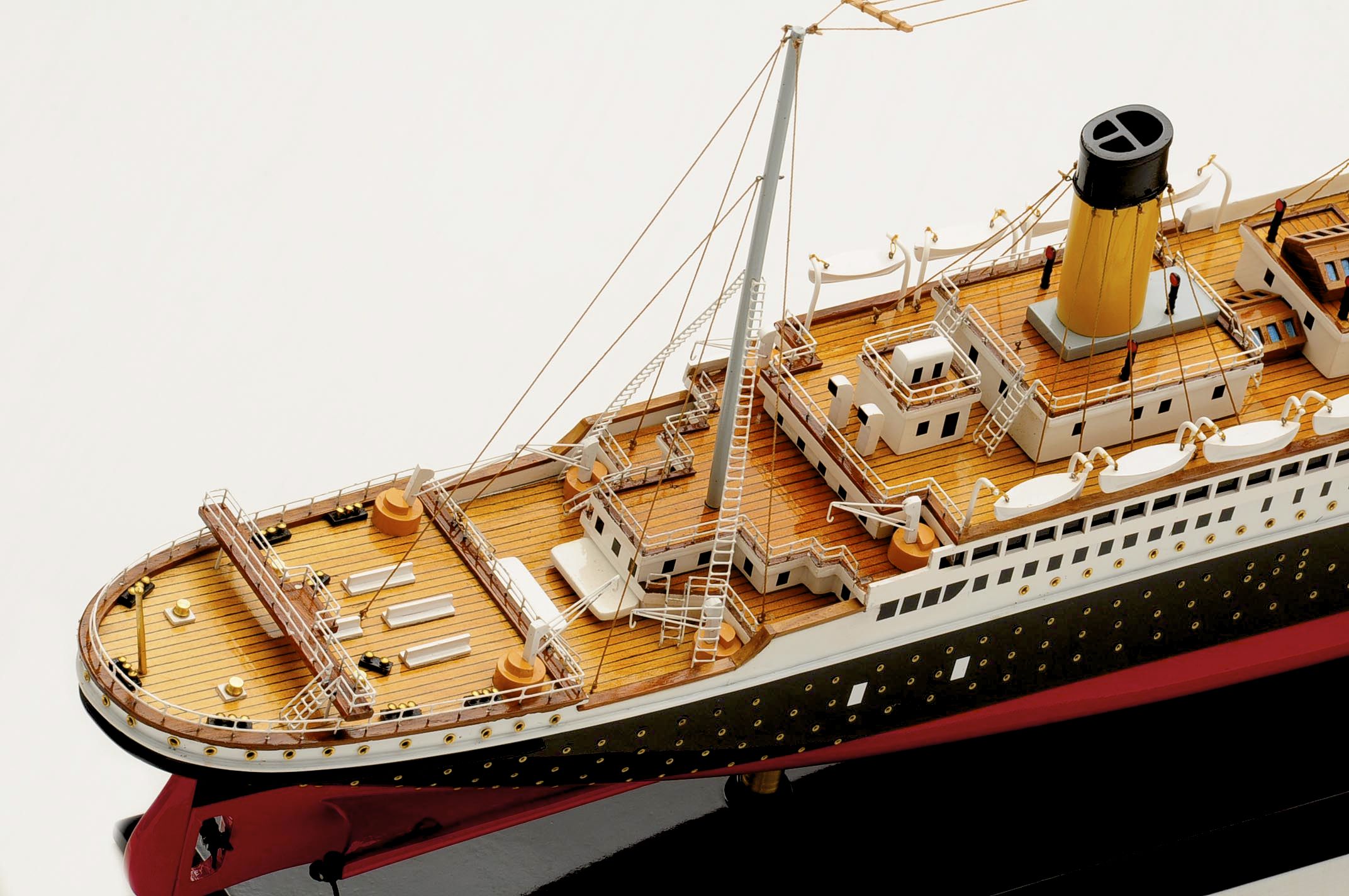 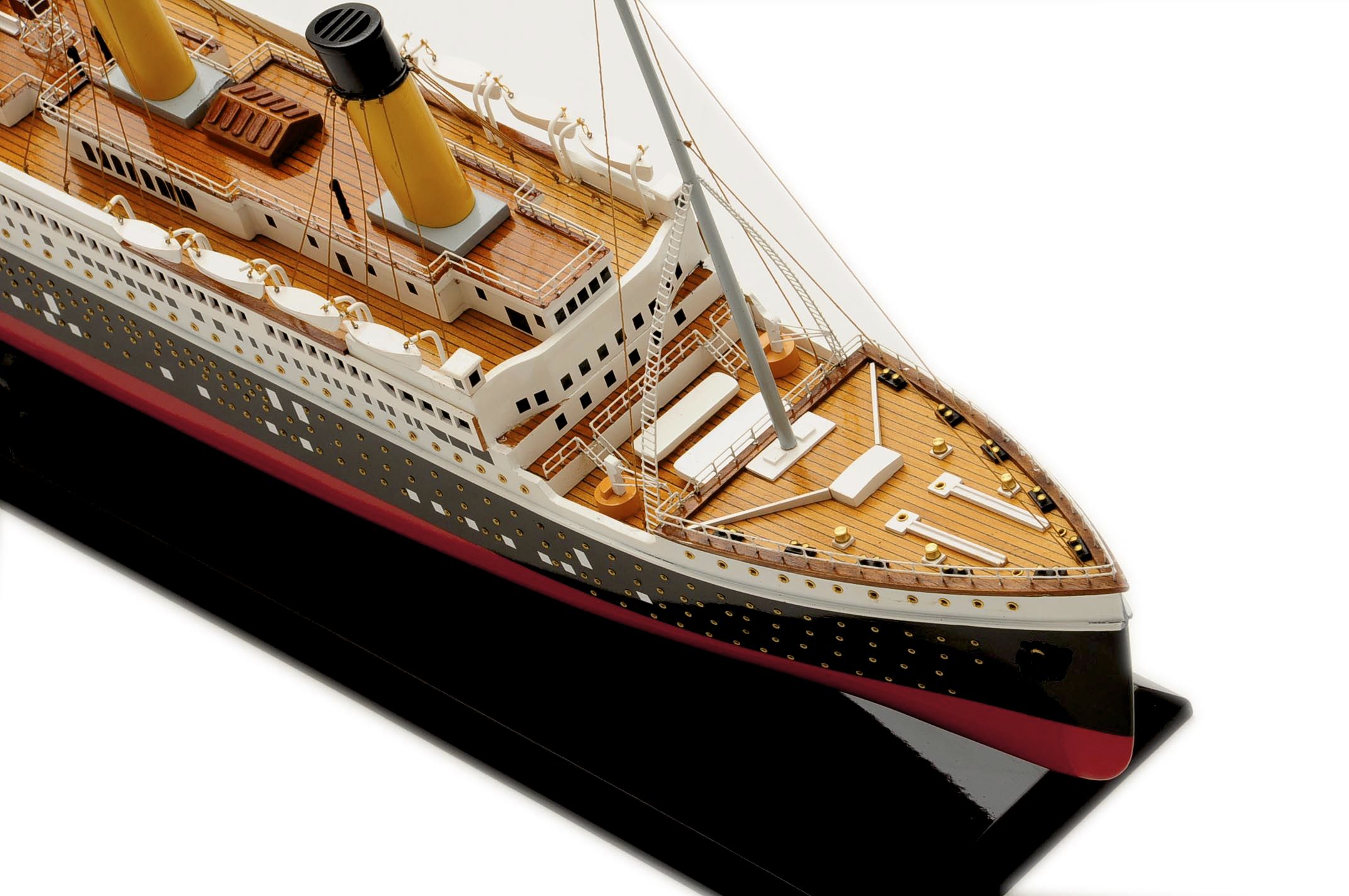 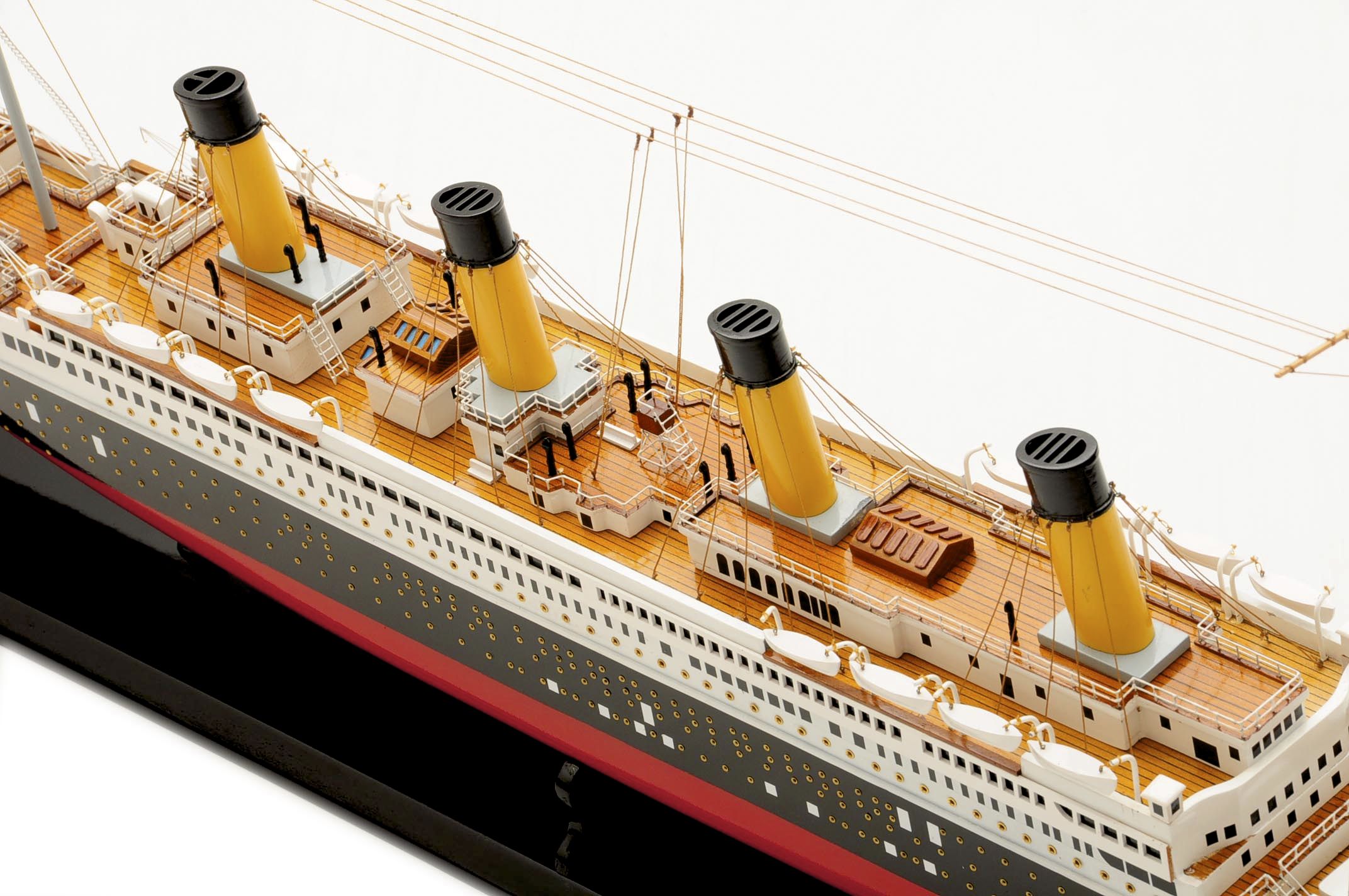 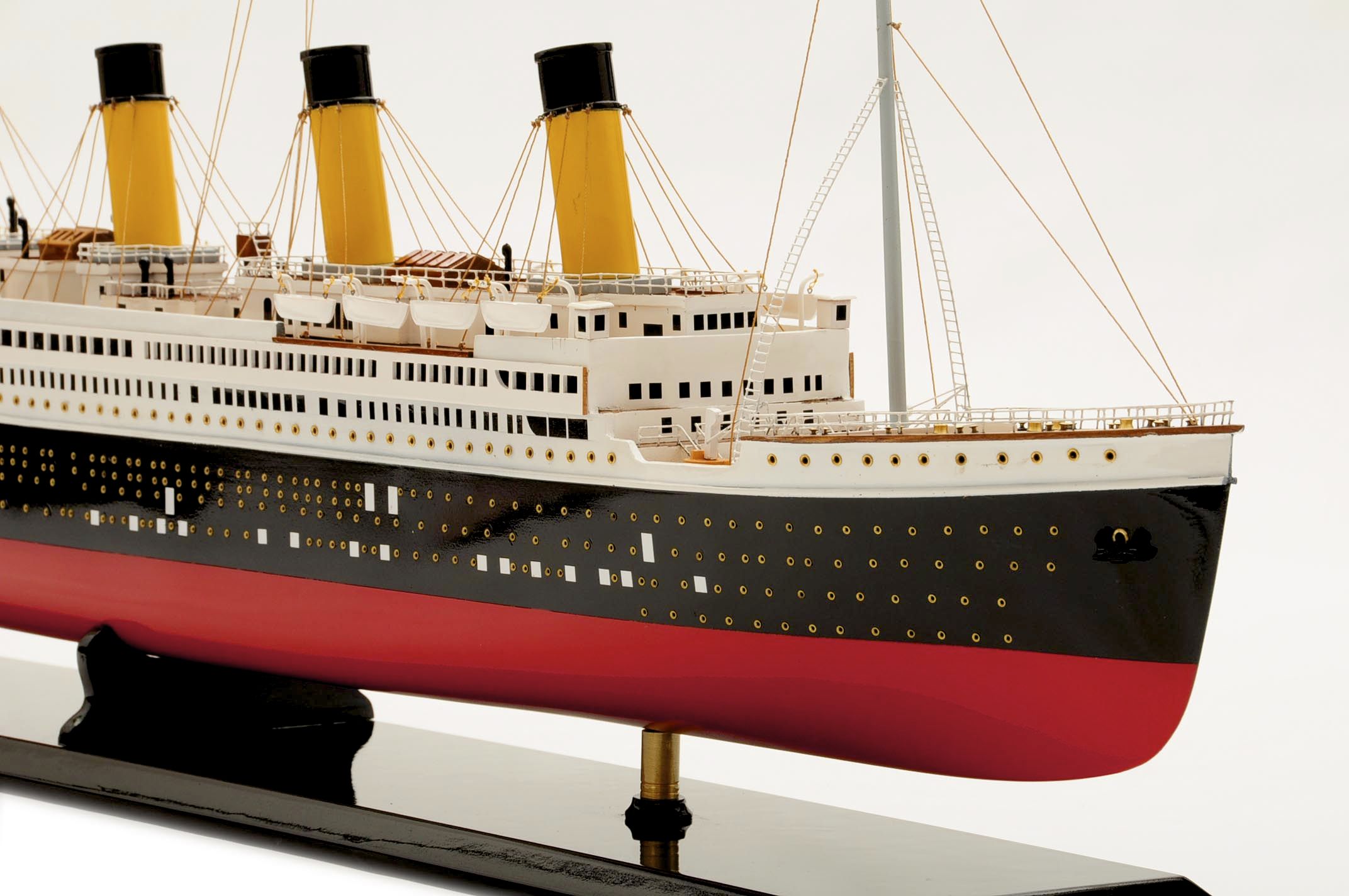 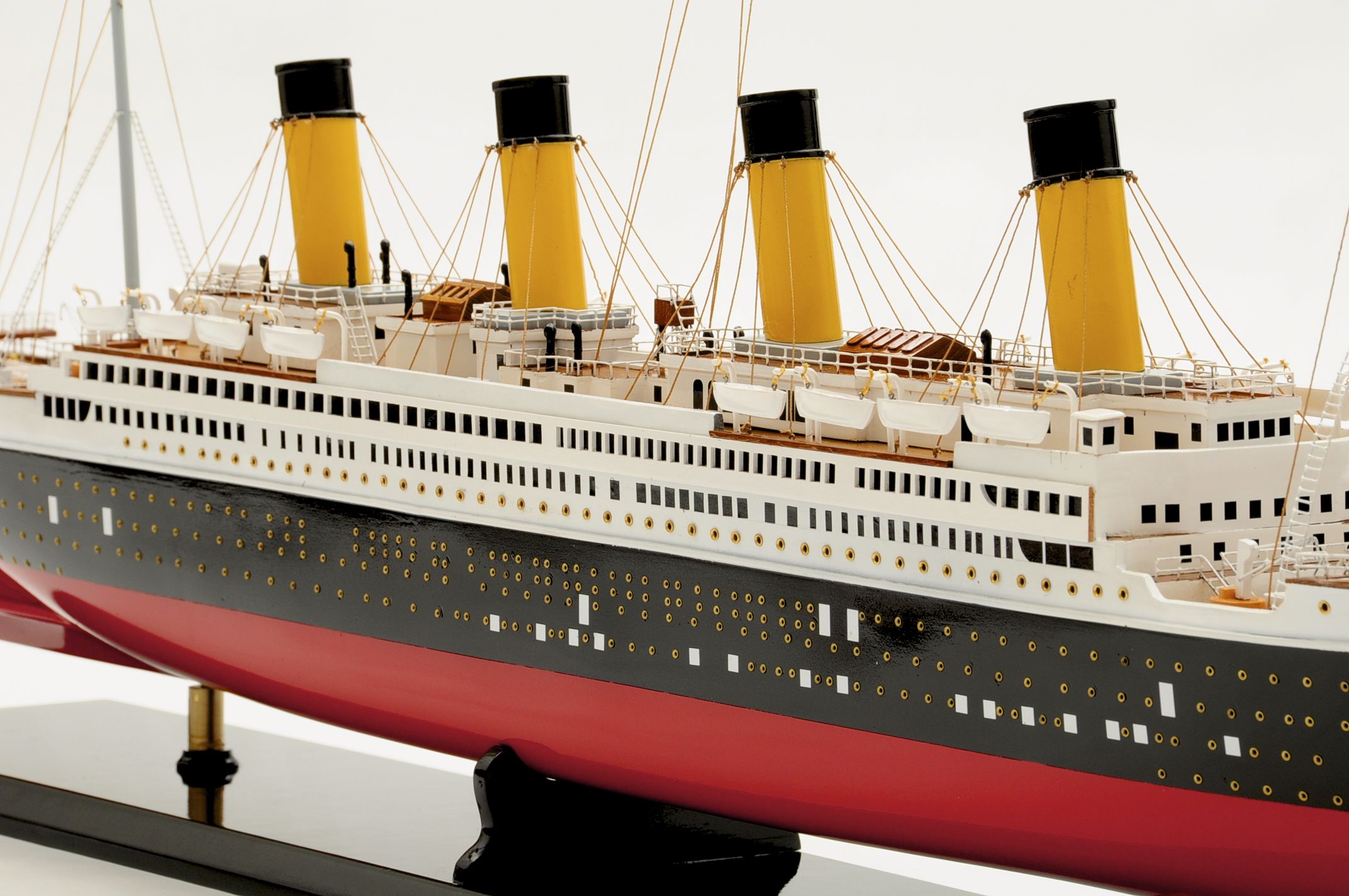 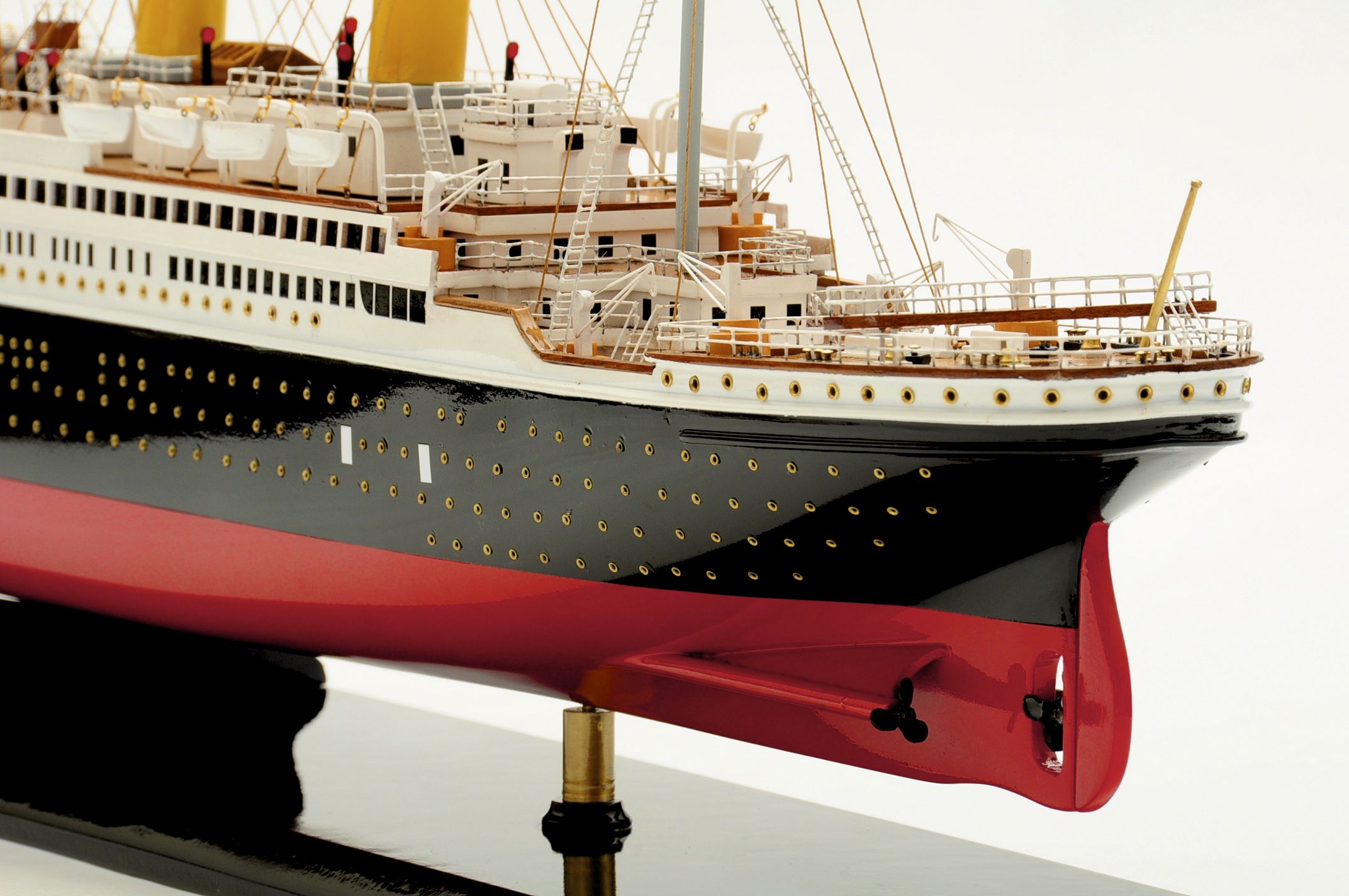 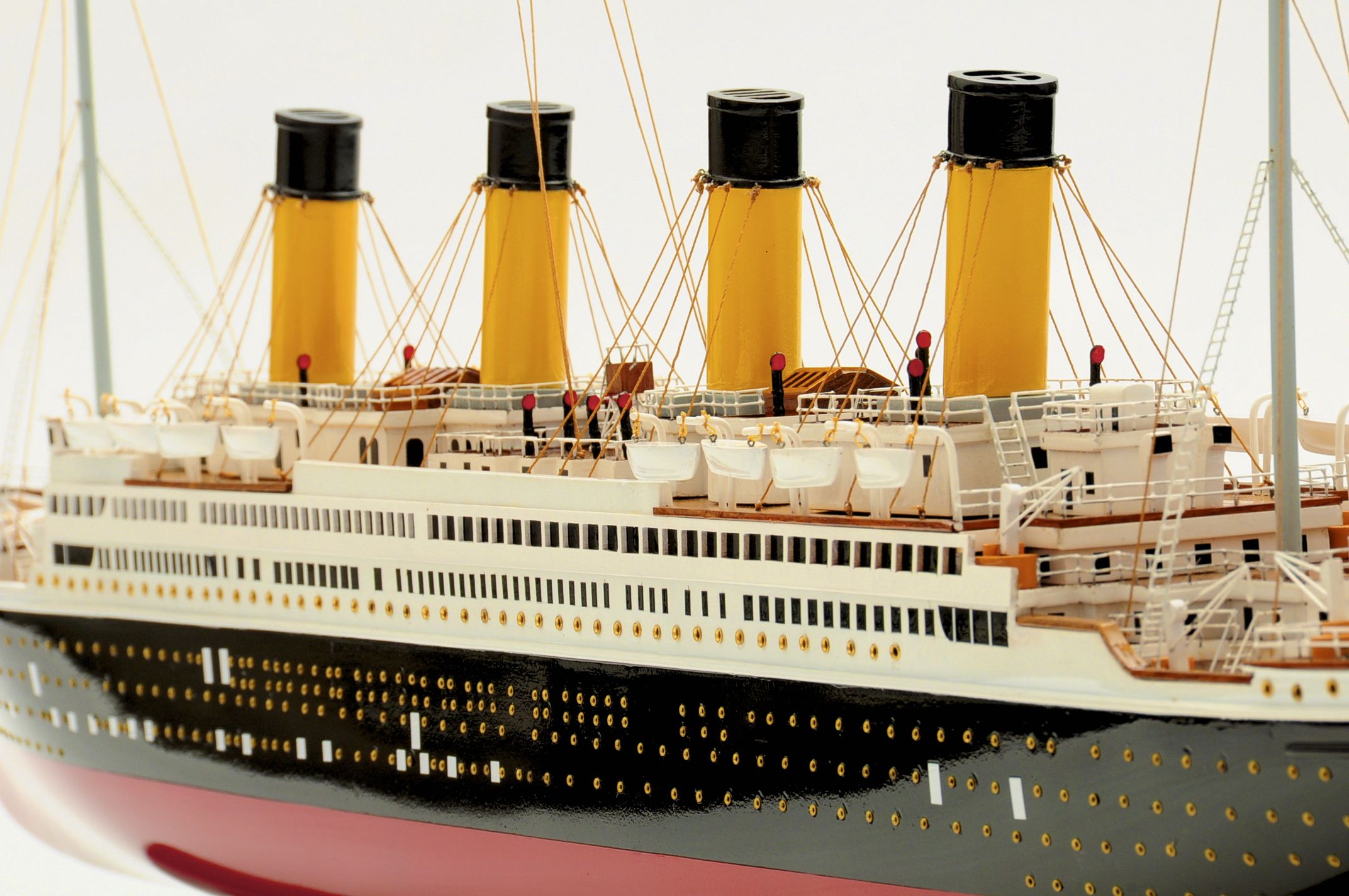 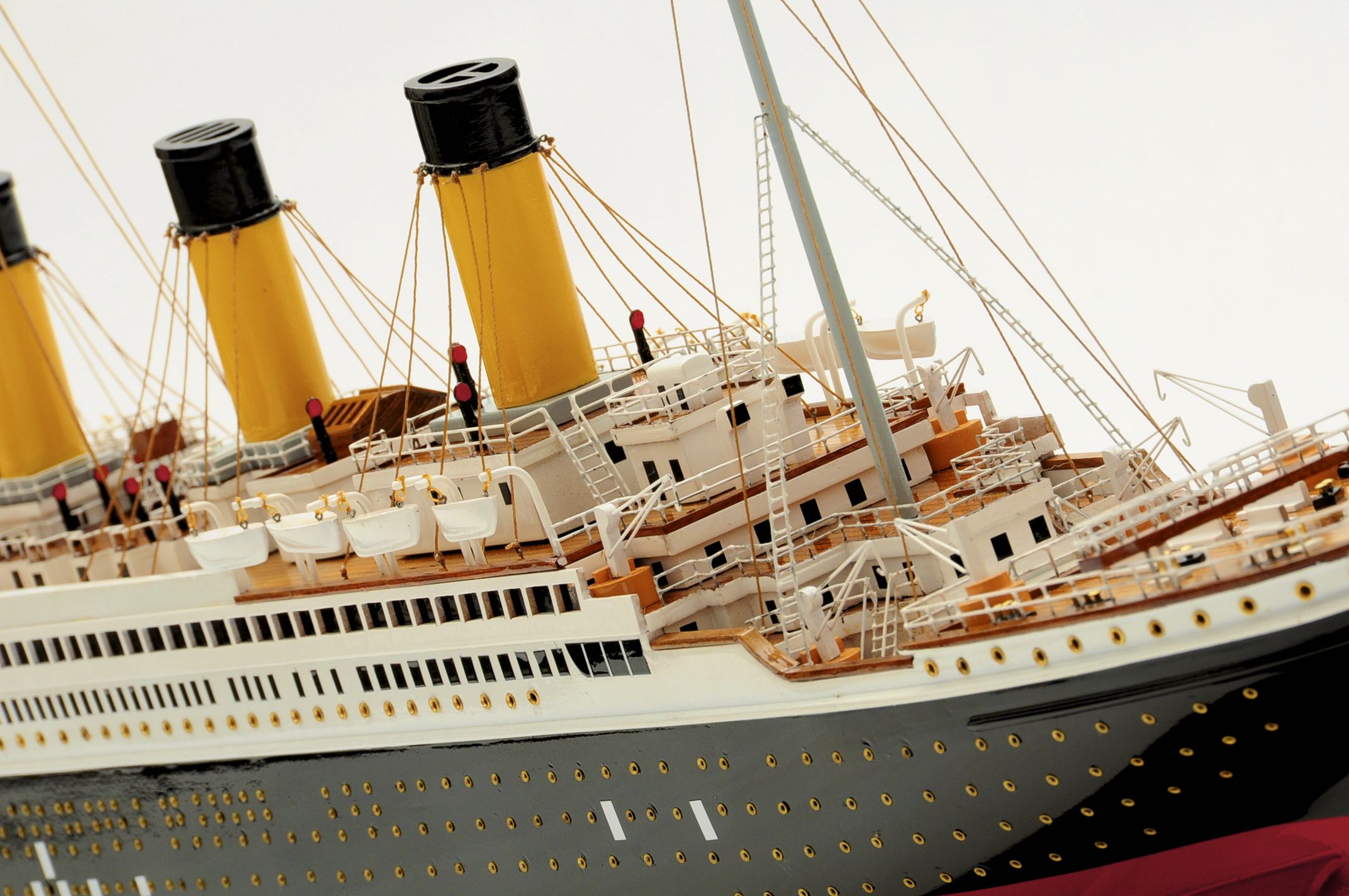 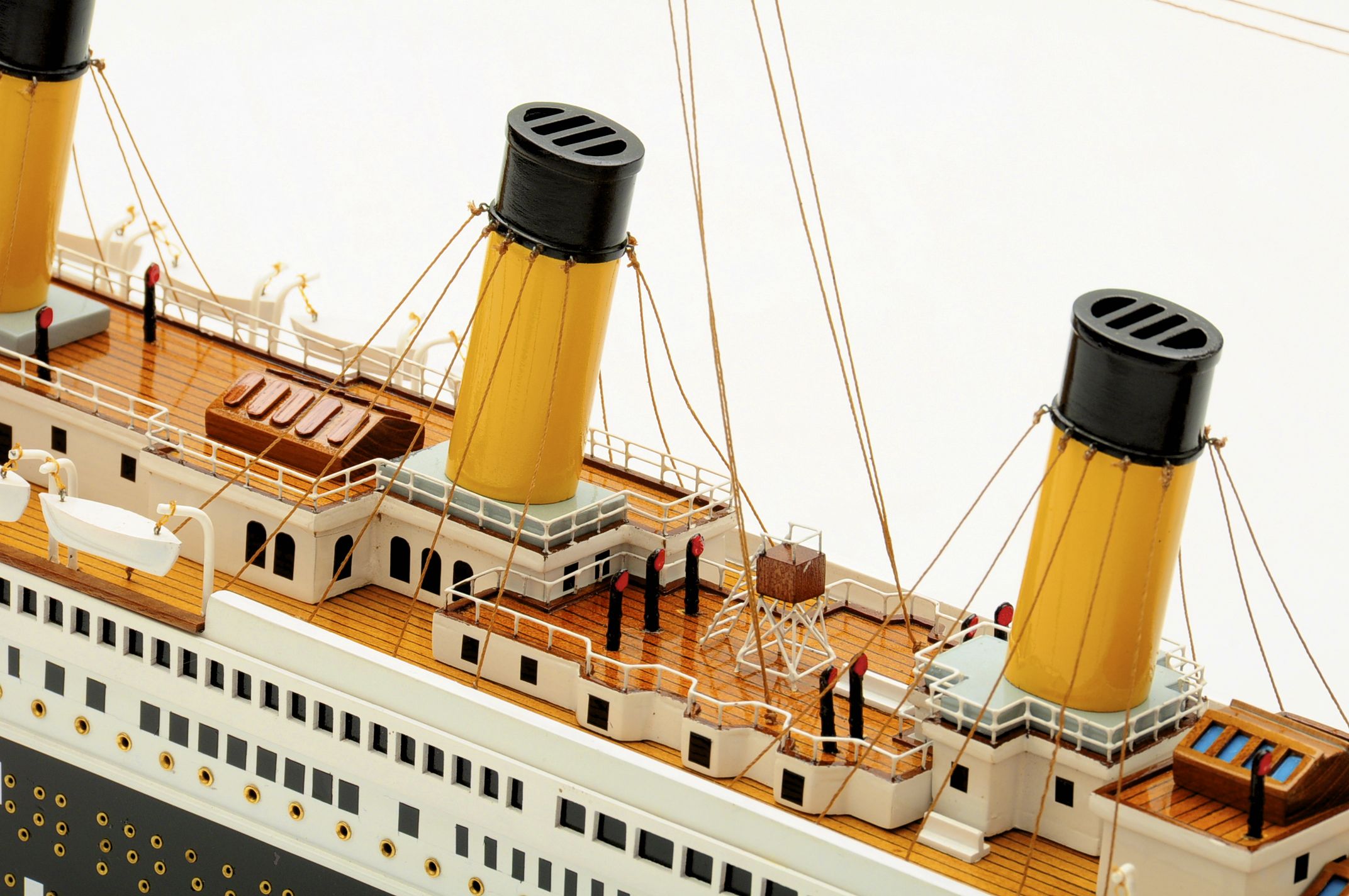 Handcrafted, scratch built and ready made RMS Titanic in our Superior Range

Cruise ship models are a great gift and a fun addition to any model ship collection. At Premier Ship Models, we have a large selection of ship models, including the RMS Titanic, Mississippi, Robert E. Lee and other famous cruise ship models for sale. Each cruise ship model in our catalog is crafted with exceptional quality workmanship.

Browse our website to find cruise ship models for sale in our standard, superior and premier ranges. In addition, we have custom built ship models. We just need pictures and ship plans to help our designers craft the ship according to your specifications. We also do restoration work for damaged models, so if you have a model that needs restoration, give us a call.

The Royal Mail Titanic was one of the three sister ships laid down for Britains White Star Line, then a subsidiary of American financier J.P. Morgans International Mercantile Marine. One of RMS Titanic great innovations was the placement of fifteen watertight bulkheads (with electrically operated watertight doors) that extended from the ship double bottom through four or five of her nine decks and were said to make the ship unsinkable.

Yet for all her safety features, Titanic carried just sixteen lifeboats and four collapsible boats, which could handle only 1,178 people, a meagre 35% of the maximum passenger and crew complement of 3,511. Even so, this number exceeded the British Board of Trade requirements.

Among the 329 first class passengers on the RMS Titanic, whose aggregate wealth exceeded $500 million were John Jacob Aster, Isidor and Ida Strauss, Harry Widener, and amongst the survivors, J. Bruce Ismay, Managing Director of the White Star Line, and Margaret The unsinkable Molly Brown. There were also 285-second class and 710 3rd class passengers, and 899 crew on the ships manifest.

Overseeing this floating city was commodore Edward J Smith, a 25-year veteran of the White Star Line who postponed his retirement to make the voyage. On April 14, an aura of complacency pervaded the bridge, although Titanic wireless operators Jack Philips and Harold Bride received warnings of an ice field ahead of this ship. The first of the six messages came at 13:40, but only one was formally posted on the bridge, which Commodore Smith disregarded.

As Titanic ploughed forward into the windless, moonless night at better than 22 Knots, at 23:40 lookout Frederick Fleet reported Iceberg straight ahead. As First Officer William Murdoch immediately acted to leave the berg to starboard, the Titanic brushed two hundred feet of her hull along a submerged spur that buckled her hull plates.

A hurried examination found that the six foremost watertight compartments had been breached; each would flood and spill successively into the next chamber until she sank. In the wake of the collision Captain Smiths behaviour was vague, and it was only at his subordinate initiative that distress rockets were fired or lifeboats launched.

At 00:15 on April 15, Titanic sent her first distress call and at 00:45, she fired her first of eight distress rockets in an effort to bestir a mysterious ship (thought to be the Californian) lying 19 miles away. By 02:20, the last of the lifeboats had pulled away and the ship was perpendicular to the water, her lights still blazing. Finally she broke apart between the 3rd and 4th funnels and sank in 13,000 feet of water.

Many lifeboats left the ship partially full, and although the Cunard lines Carpathia rescued 706 survivors, there were 473 empty seats. The death toll was estimated at between 1,500 and 1,635 people. Although women and children constituted only 24% of the ships complement, they made up 53 % of the survivors. There were also great differences of the survivors by class (1st class – 60%, 2nd class – 42%, 3rd class – 25 % and crew – 24%).

The story of the Titanic went through succession of interpretation in print and film, most notably Walter Lloyds account,  A Night To Remember , and a film of the same name.

It was not until 1985 that an expedition led by Dr Robert Ballad succeeded in locating and photographing the ship (the 2 sections were 1,930 feet away). In 1987, a French expedition removed artefacts from the site, despite an international outcry that the wreck should be respected as a mass grave and archaeological site. Part of James Cameroons Titanic (1997) was filmed on location inside the hull.