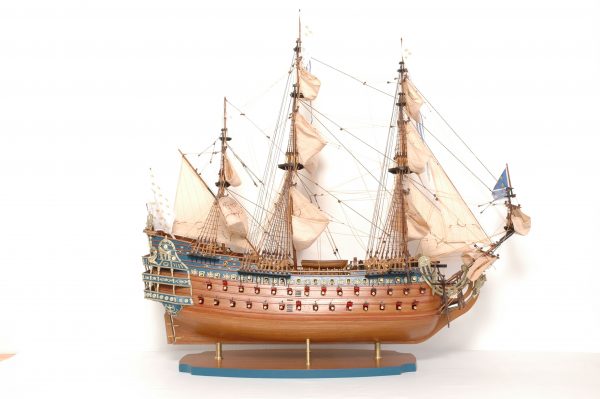 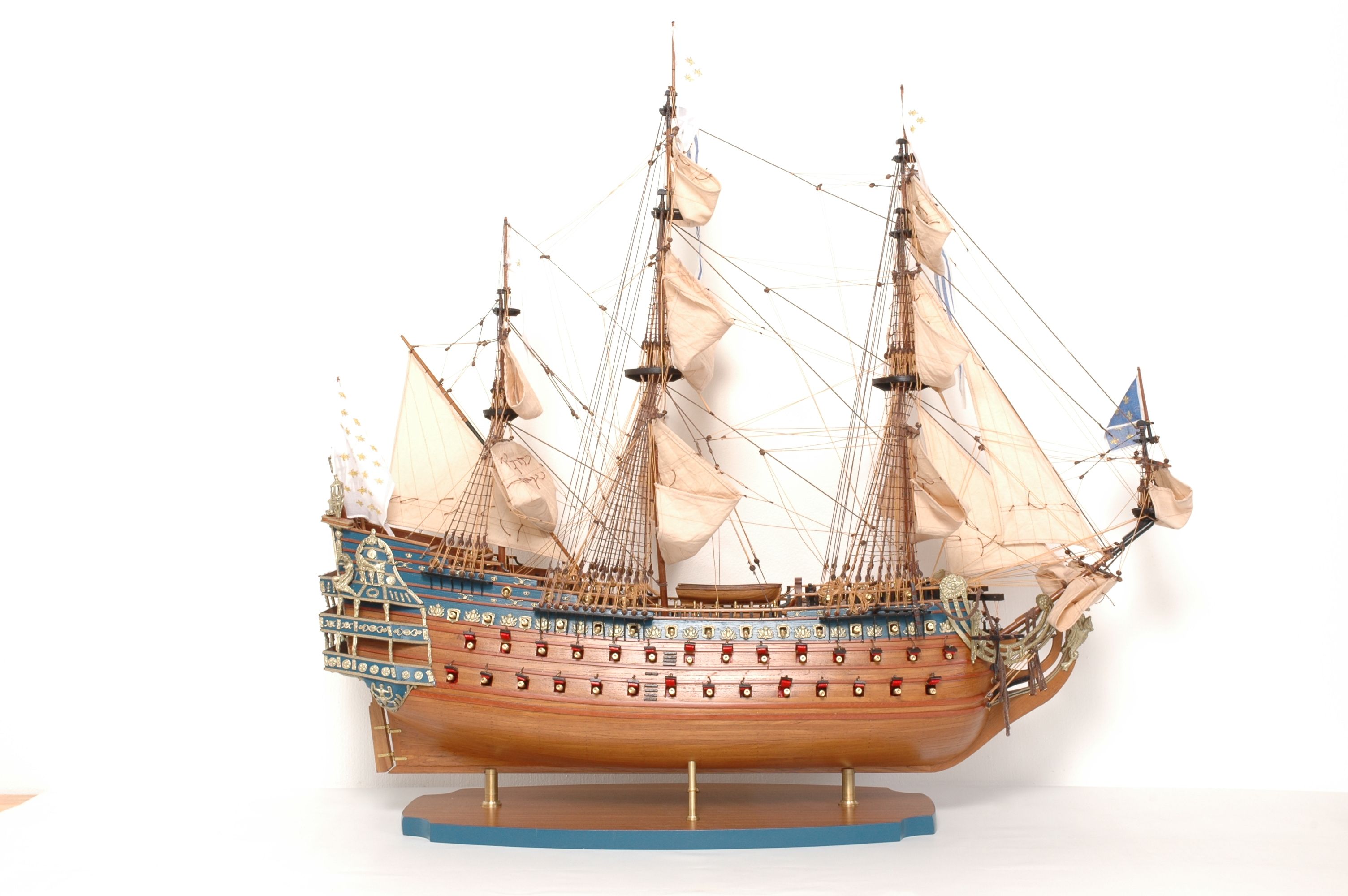 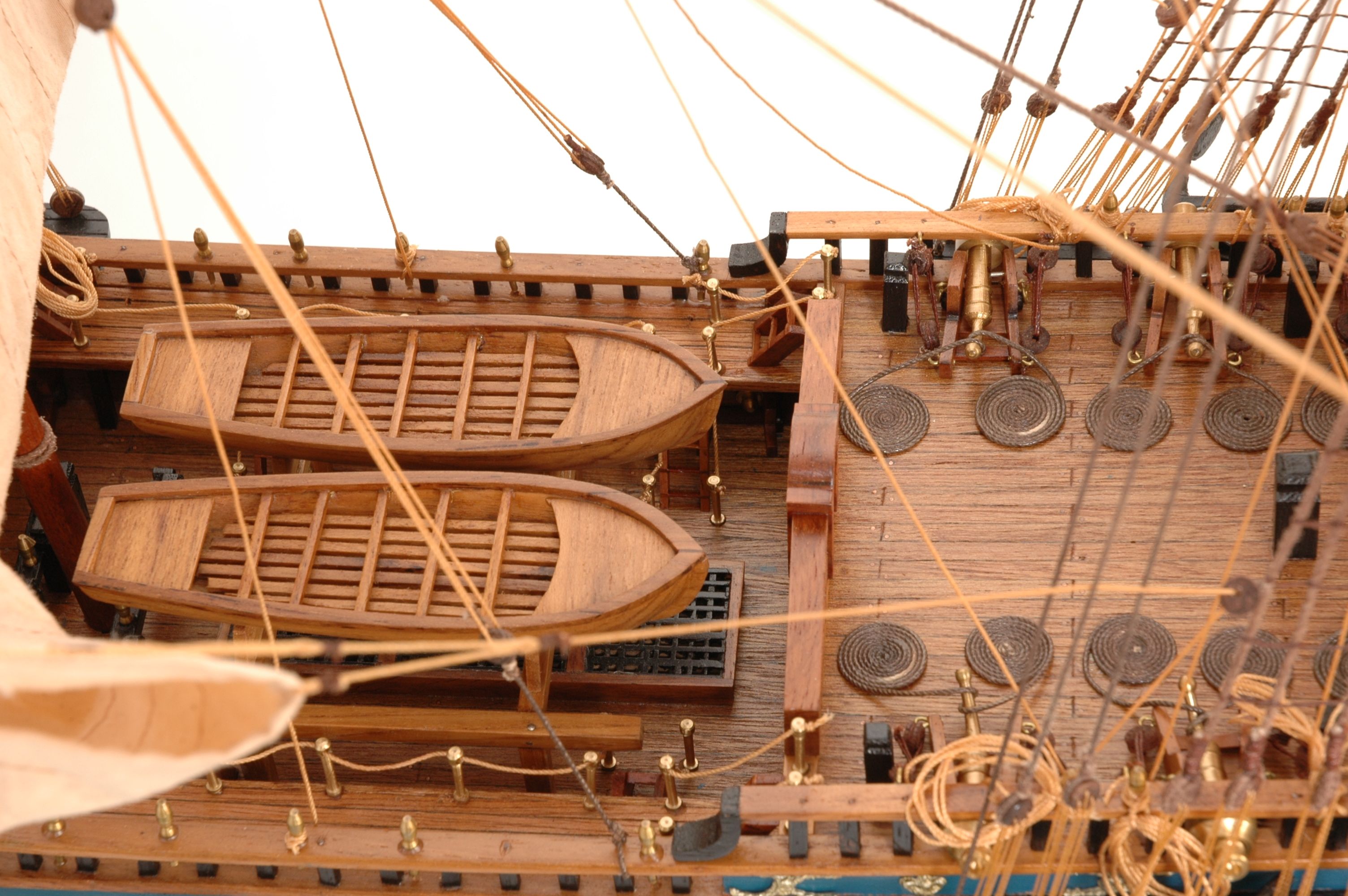 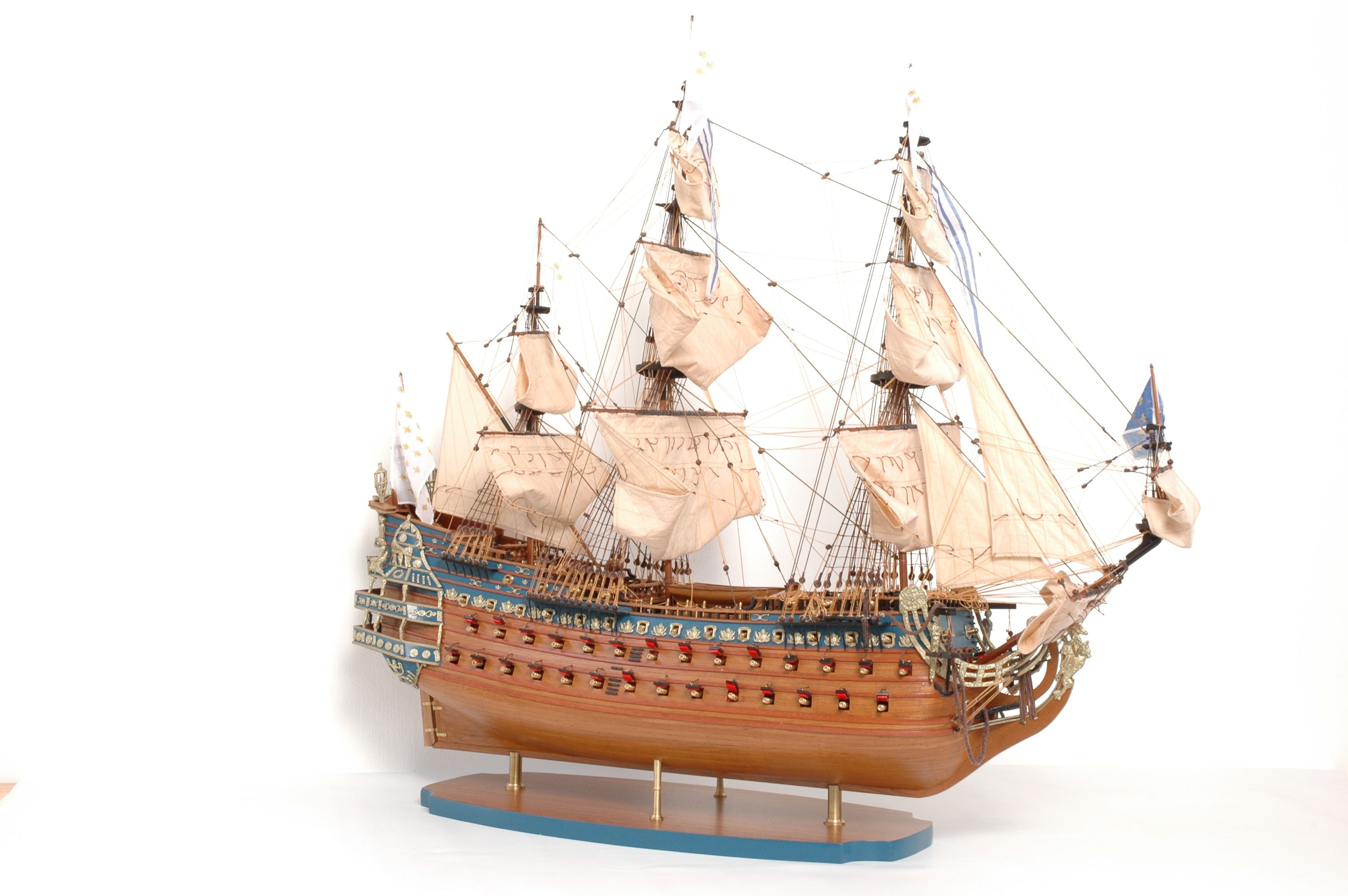 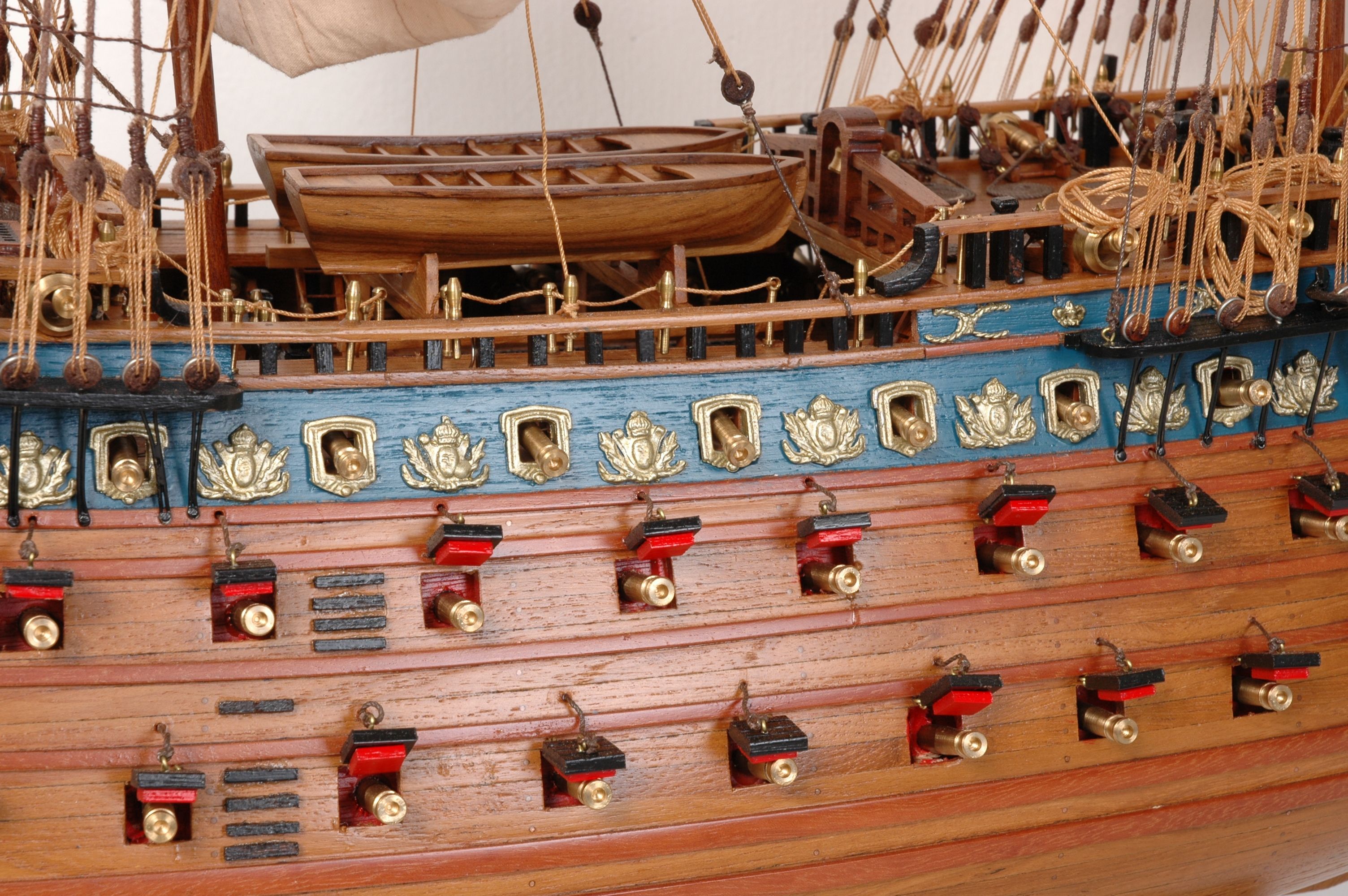 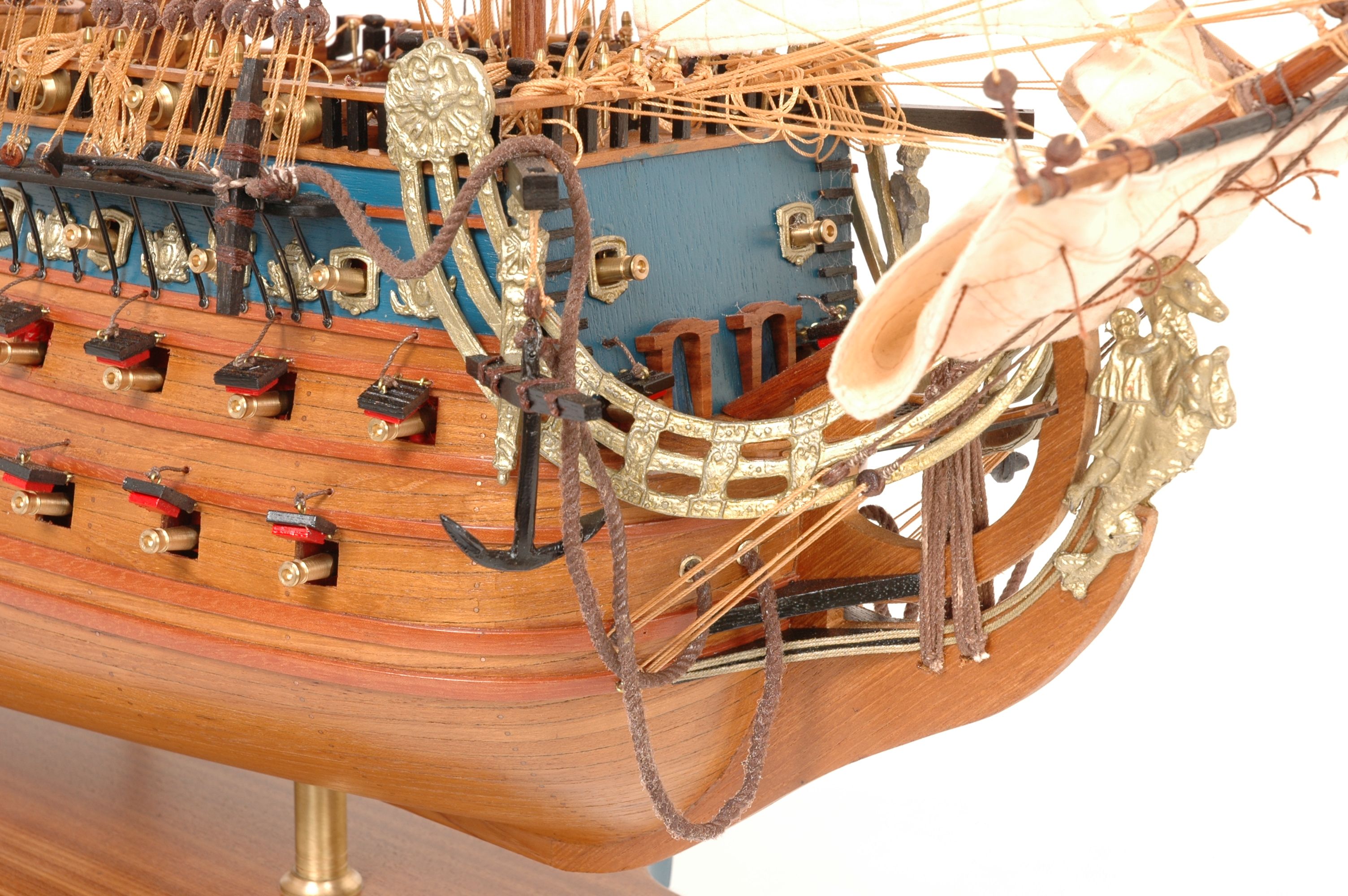 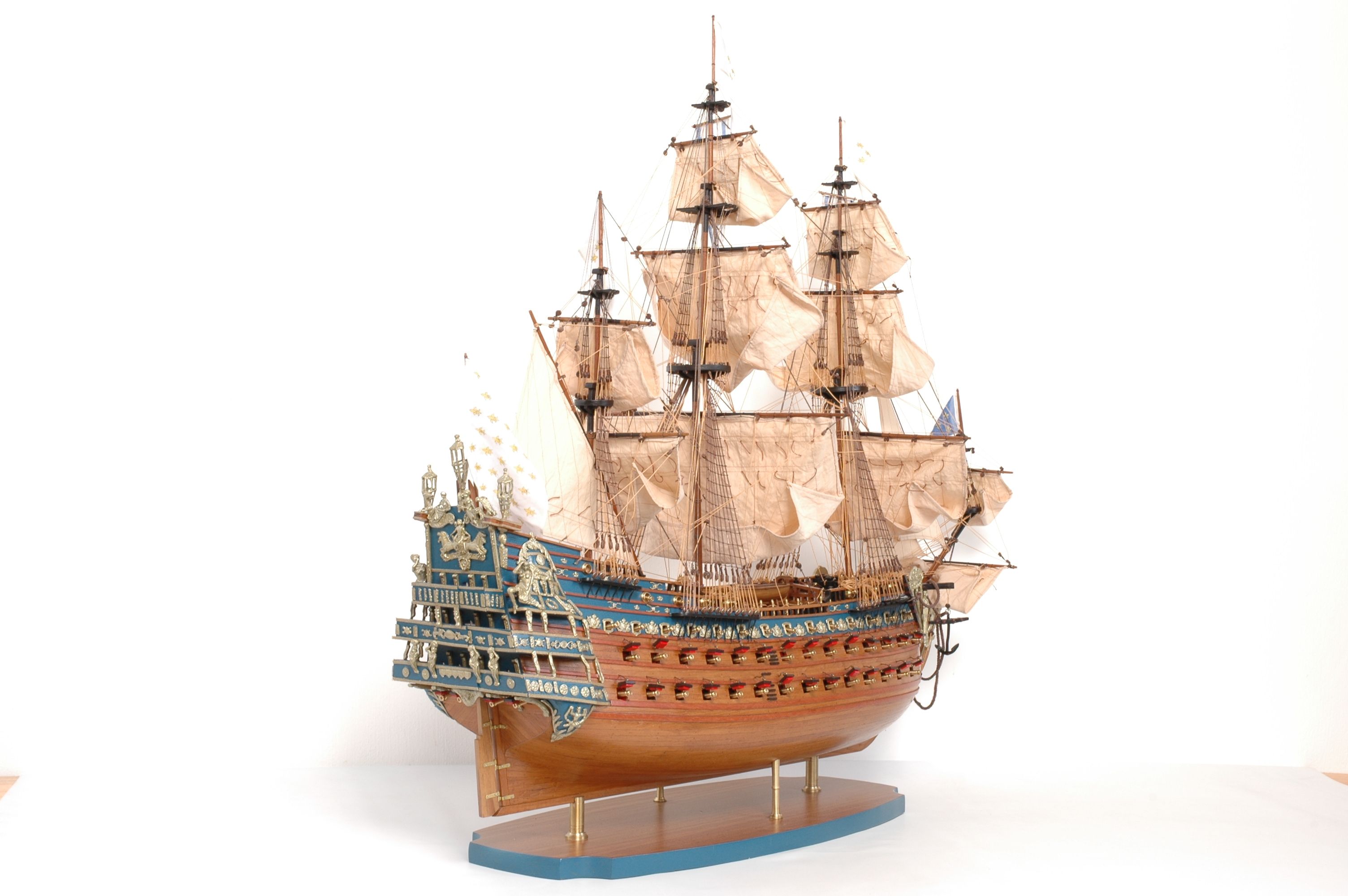 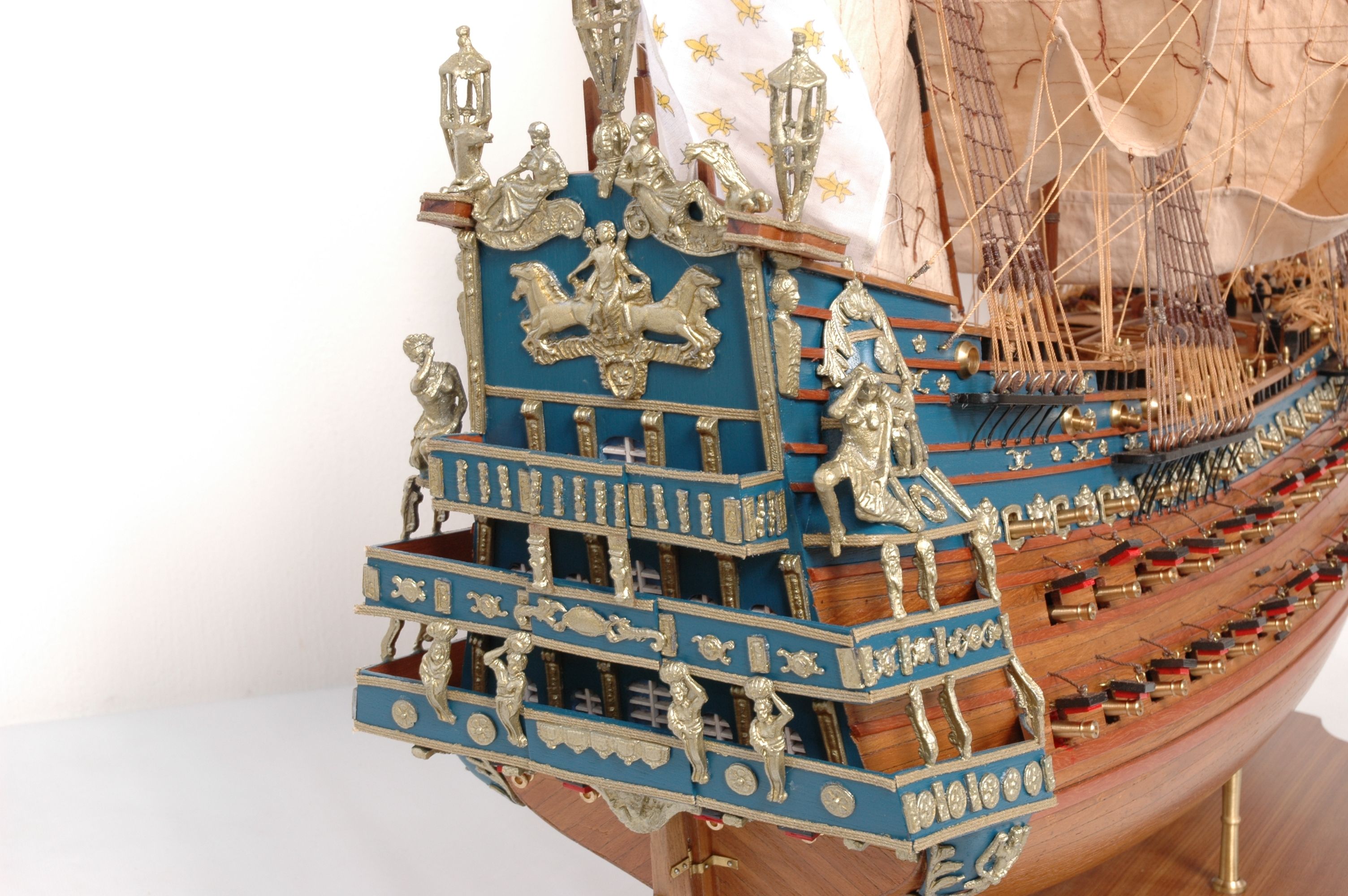 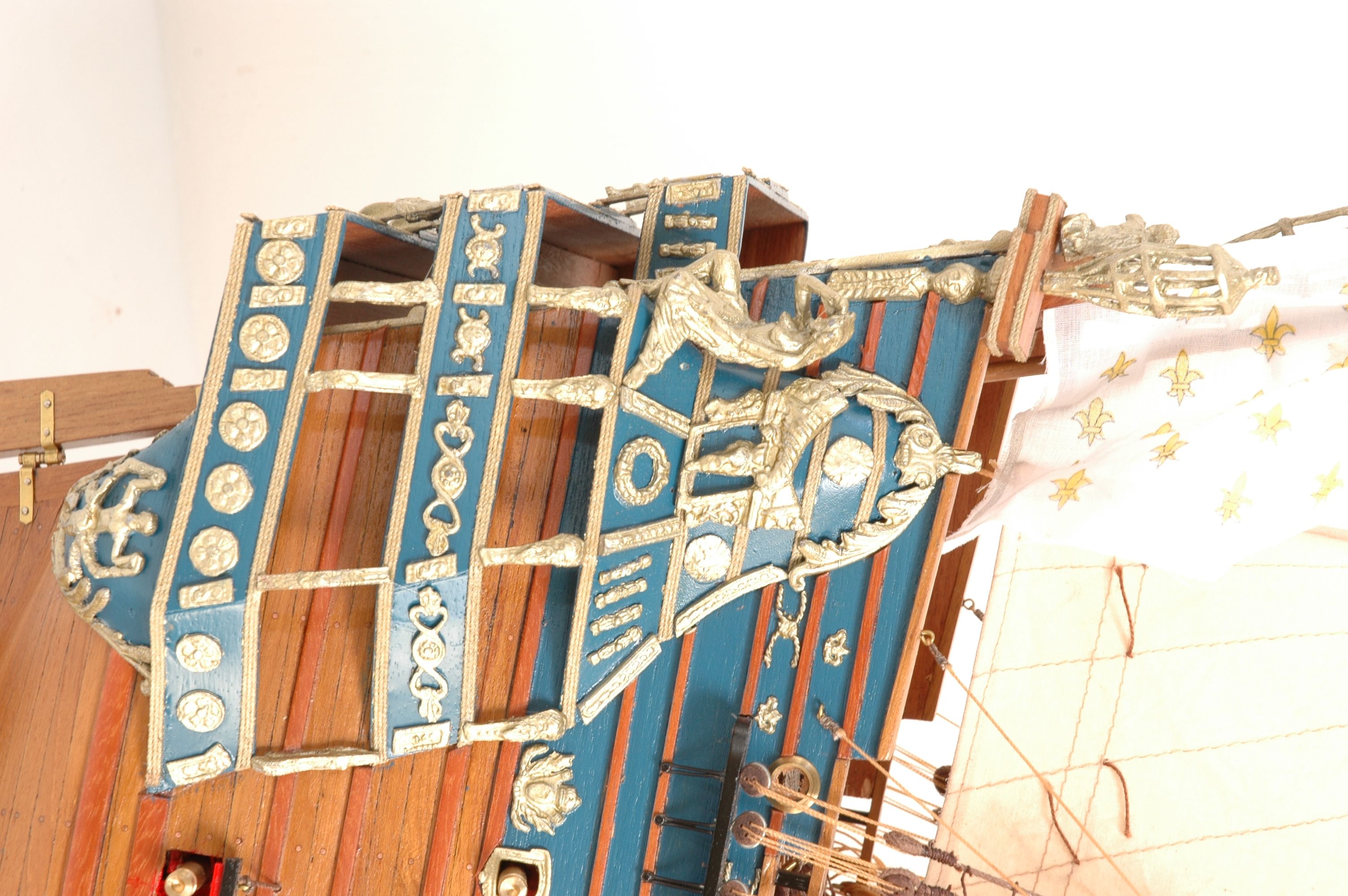 Le Soleil Royal was built for Louis XIV, who was also known as the sun king. This historic and lavish vessel was built in 1669. Le Soleil Royal was the Flagship of the French Navy. The original drawings of this ship are in the Louvre. Premier Ship Models has exceptional quality models that are perfect replicas of this ornate historic French vessel.

L e Soleil Royal was crafted to the highest standards of quality with wood carvings in motifs of the monarch and contains lavish ornamentation and sculptures. The intricate design of this ornate ship is brought back to life in the quality Soleil Royal models available from Premier Ship Models. If you love historic model ships or French history, this is the perfect model to add to your collection.
Our models of this flagship of the French Navy are hand crafted in beautiful, intricate detail to be exact replicas of the original vessel.

Choose from models of Le Soleil Royal in our Standard, Superior and Premier  ranges, which are available in several sizes. View information about the size of the ships and photographs that show the detailed craftsmanship. We also have model ship building kits of Le Soleil Royal, if you prefer to build the vessels in your collection. Our model ships are made with high quality materials, including fittings, building materials, precut frames, and cast brass ornaments. The detailed building plans that are included with each ship make it easy to build the ship at home.

Named in honour of the Sun King, Louis XIV, Le Soleil Royal was one of the most powerful ships of her day. As flagship of the revitalised French Navy brought into being by the Minister of Marine Jean- Baptiste Colbert, she was sumptuously decorated with wooden carvings depicting a variety of motifs emblematic of the French monarch. As the sculptures recovered from the Swedish warship Wasa prove, such lavish ornament was not uncommon in seventeenth-century warships. Charles Le Brun drawings of the Statuary for le Soleil Royal are in the Louvre.

Details of the first decade of Le Soleil Royal service are obscure. After her re-fit in 1889, she flew the flag of Vice Admiral Anne-Hilarion de Contentin, Comte de Tourville, Admiral of the French fleet. In July 1690, Tourville led a fleet of seventy ships out of Brest and on July 10, he met a combined English and Dutch fleet of fifty-seven ships off Beachy Head.

The English and Dutch fleet lost eight ships, whilst the French lost none in a Victory called Beveziers. Two years later, the position was reversed. Tourville with a fleet of only forty-four ships was ordered to set sail from Brest on May 12, 1692. His order was to clear the English Channel for Louis XIV invasion force of thirty thousand men assembled near Cherbourg.

On May 20, Tourville again met an Anglo-Dutch fleet of eighty-seven ships. By increasing the distance between his ships in line ahead, Tourville prevented his fleet from being encircled and outflanked. But Le Soleil Royal was so badly damaged, that Tourville was forced to transfer his flag to Ambitieux the next day. Le Soleil Royal, and two other French vessels, was forced into Cherbourg where they ran aground and were eventually destroyed.