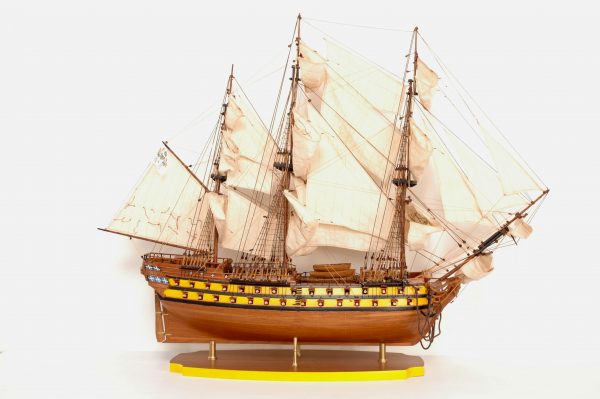 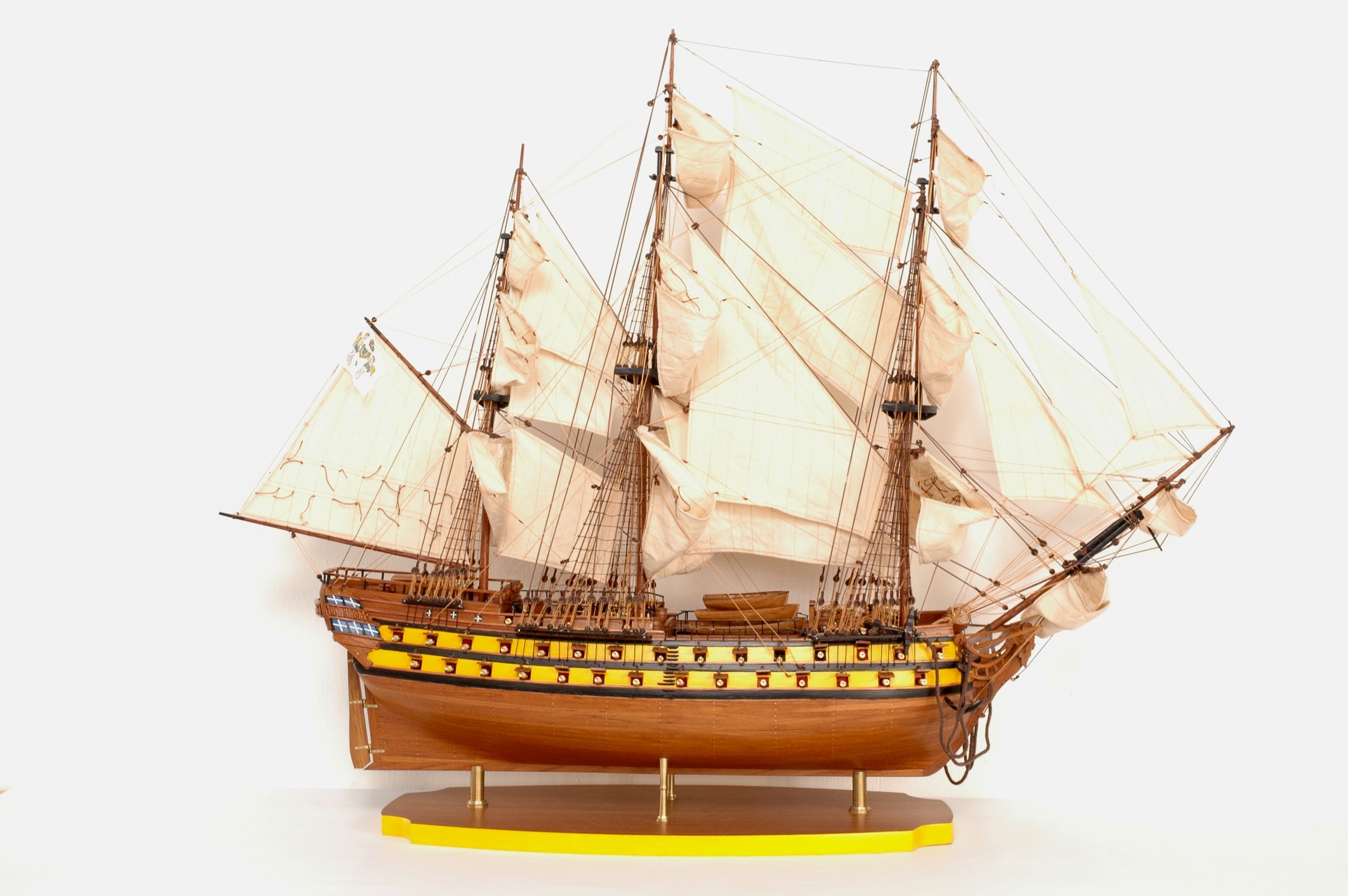 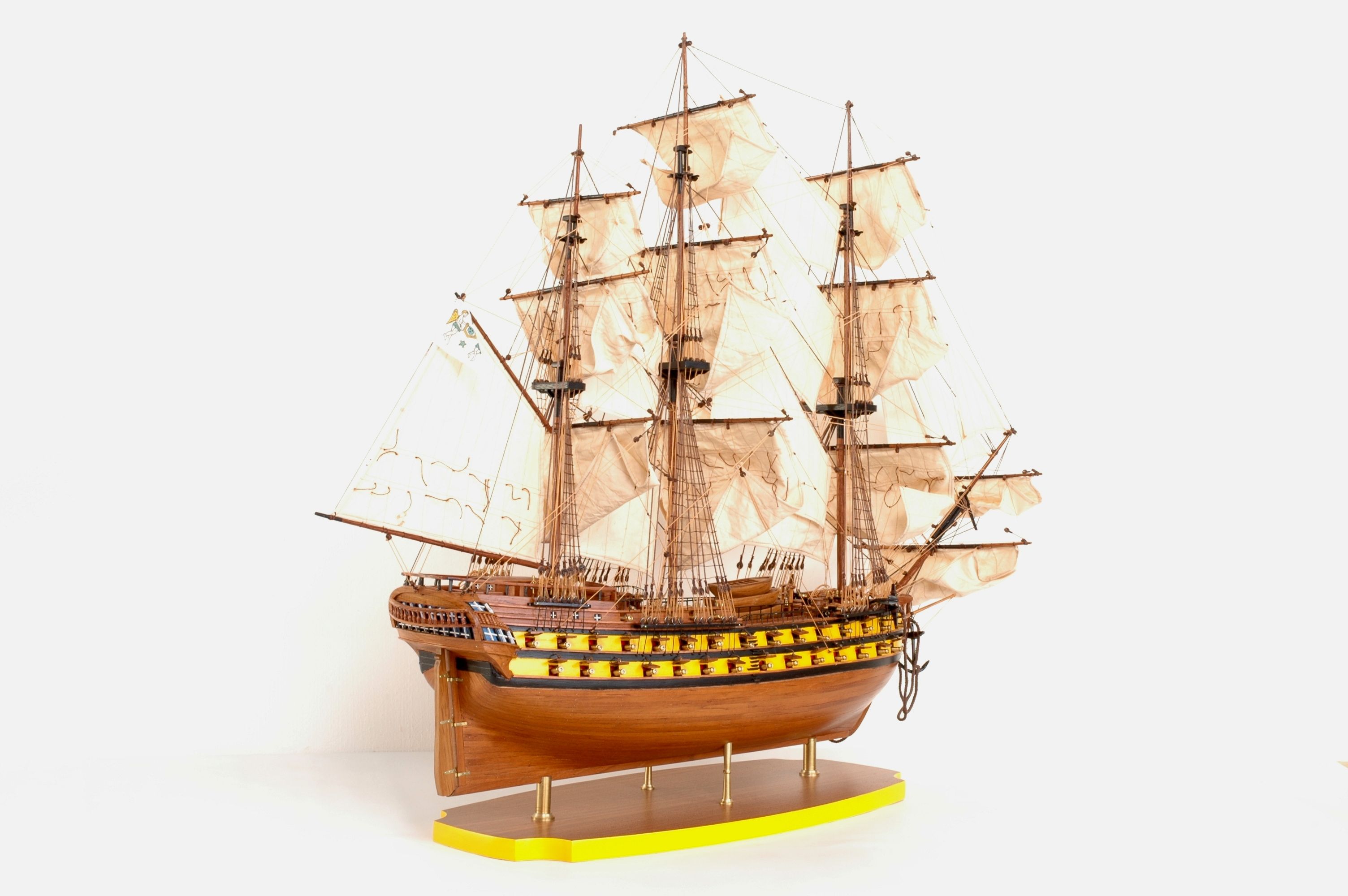 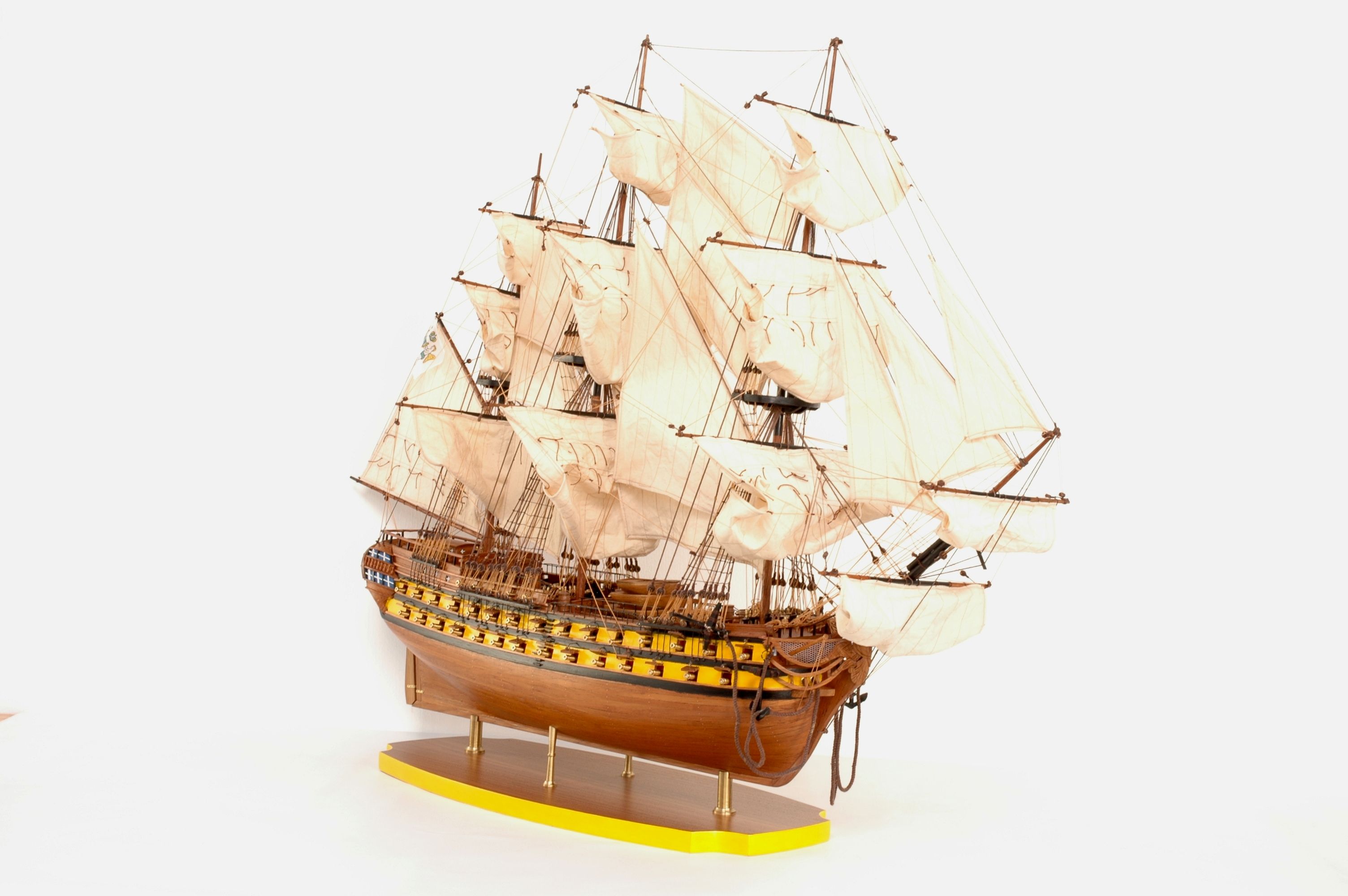 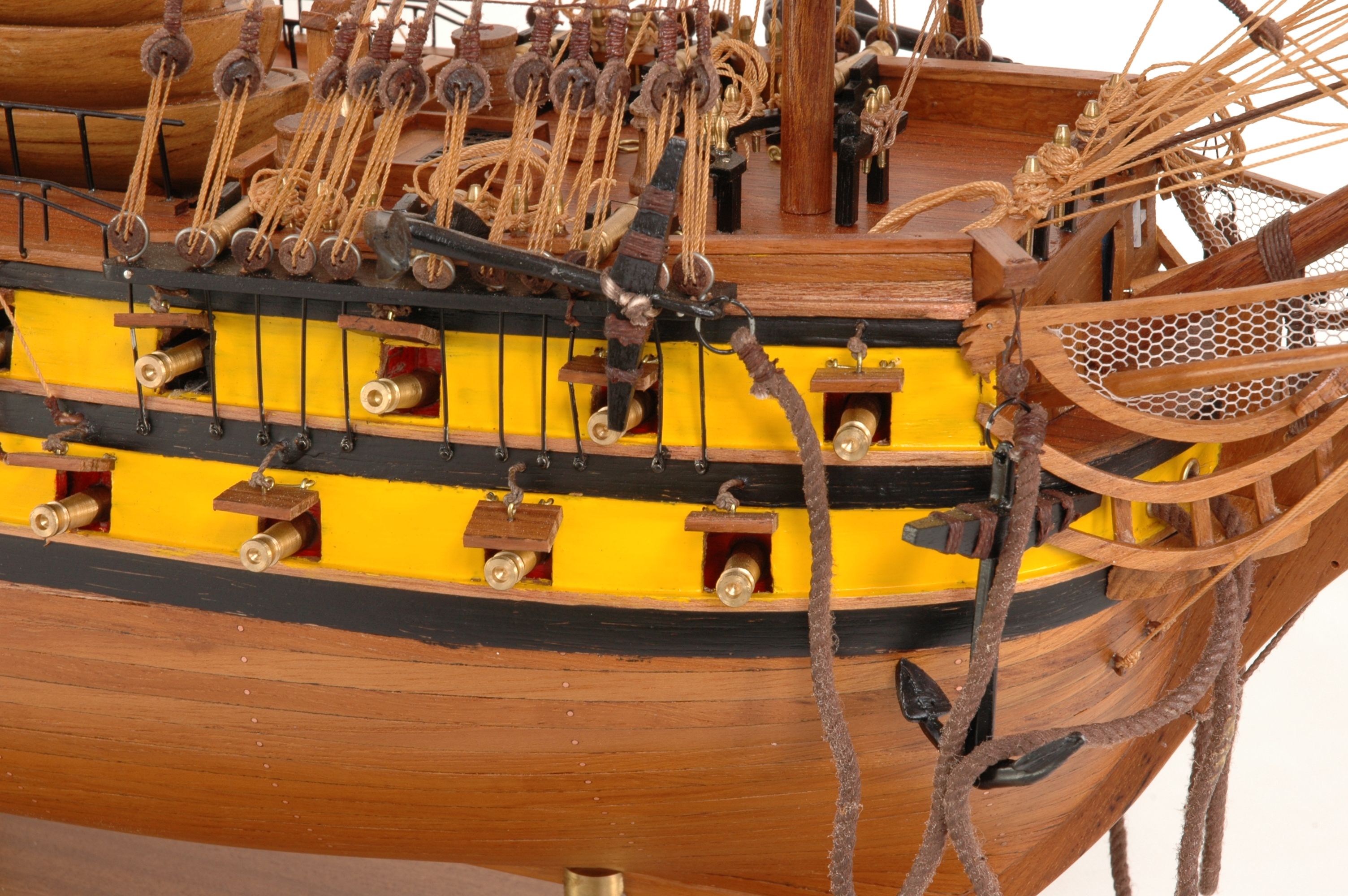 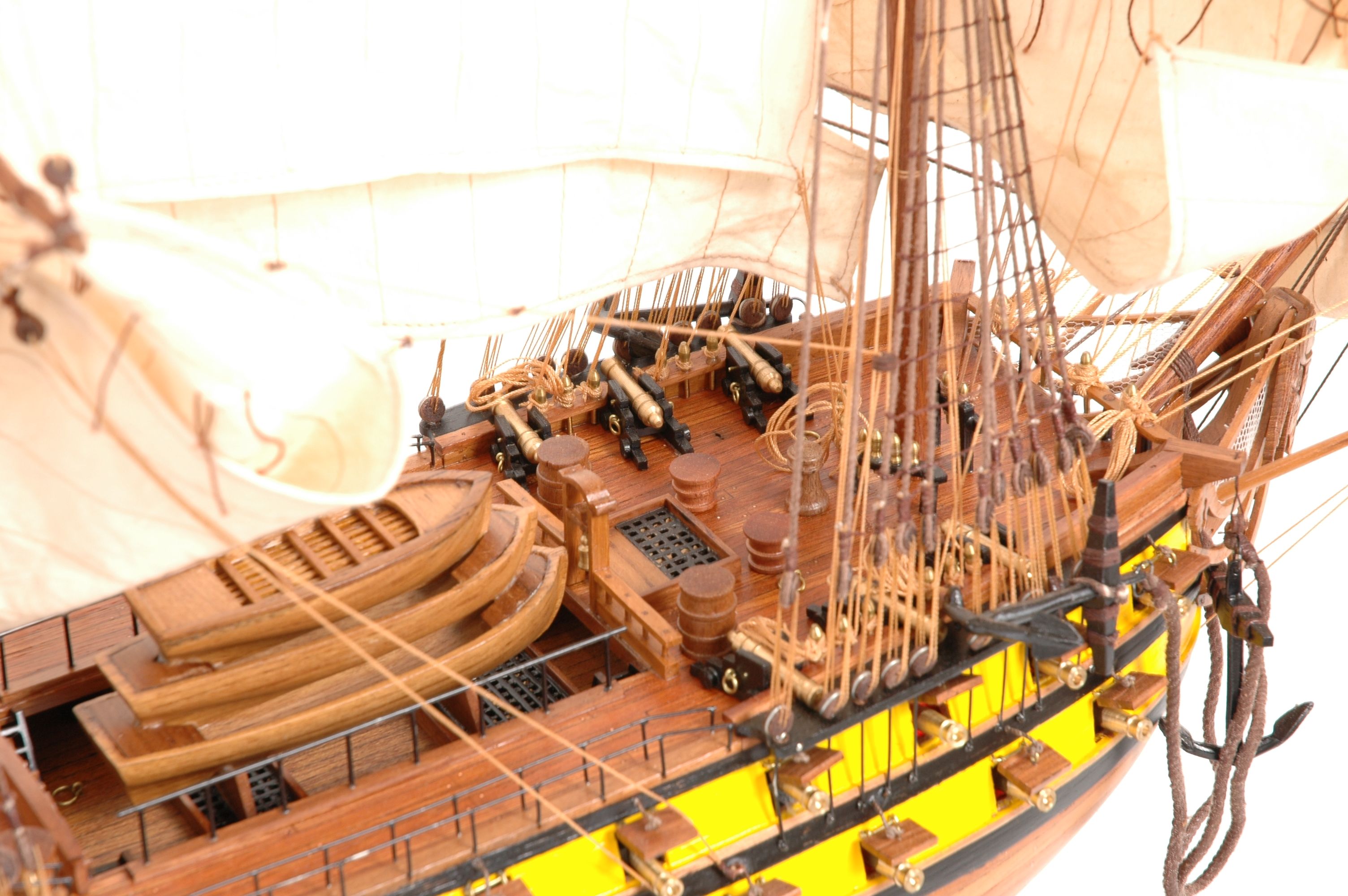 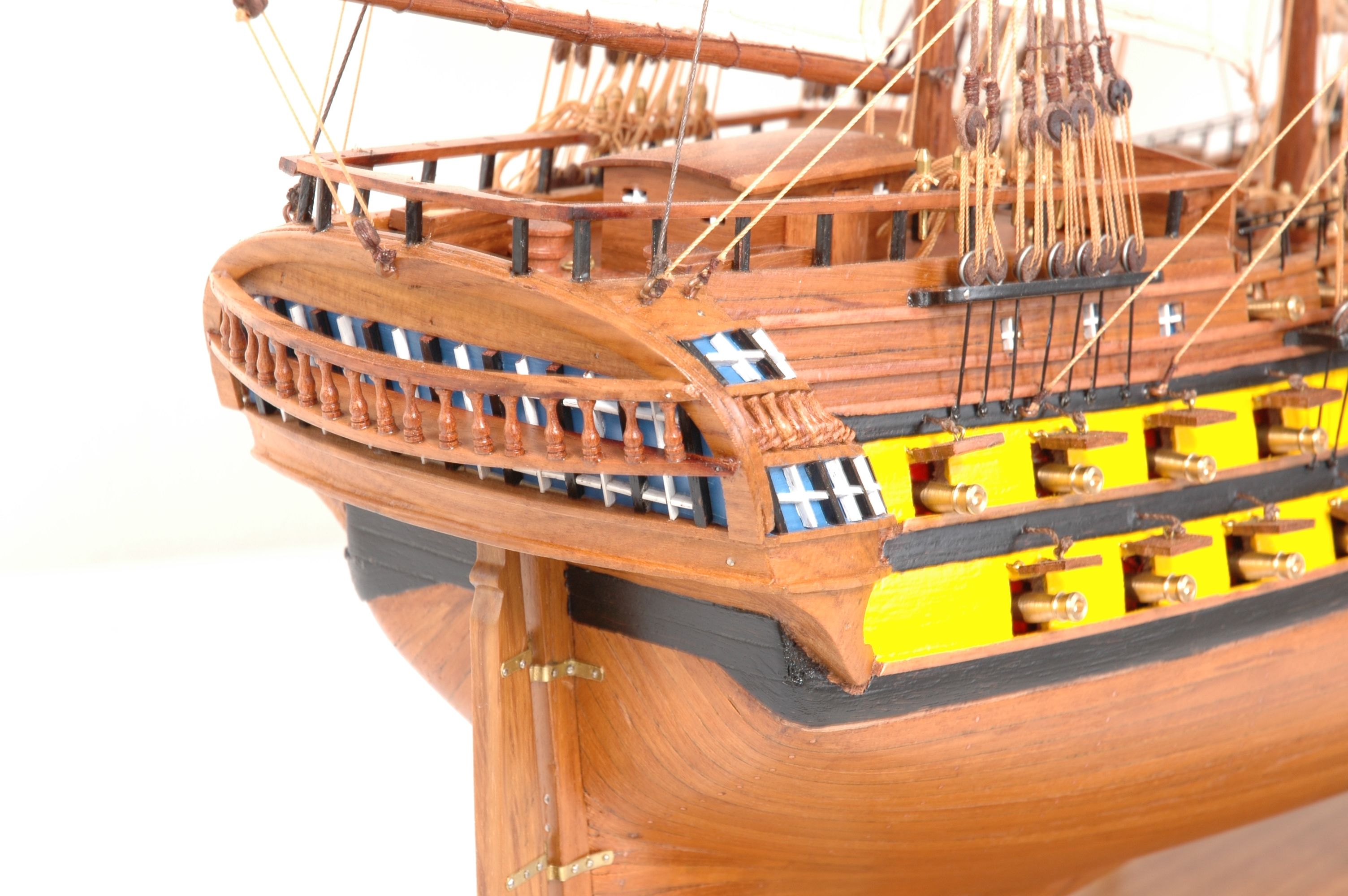 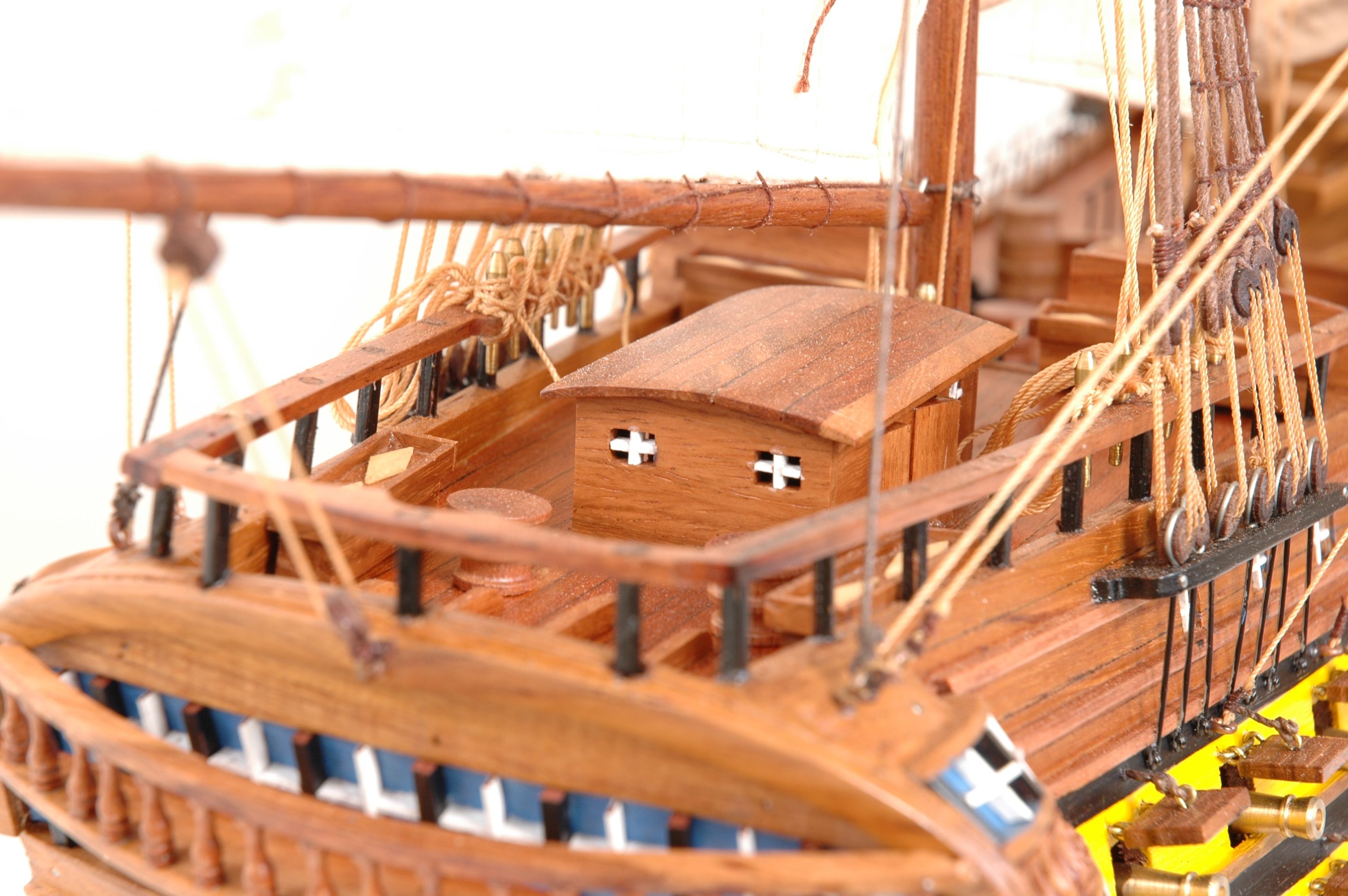 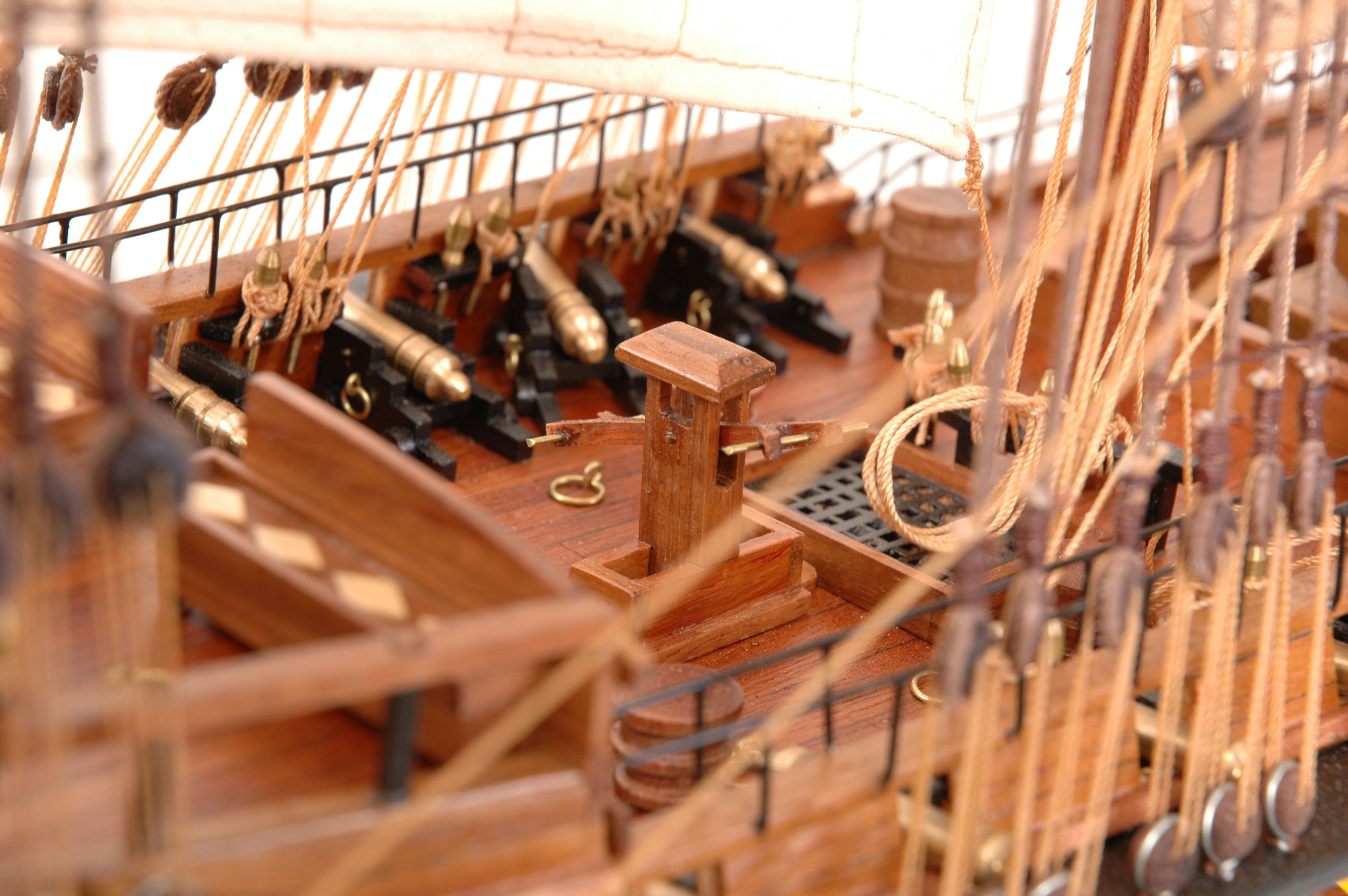 The Superbe was originally built in Toulon, France in 1671 by the top ship builders of the time. This vessel was part of Louis XIV’s goal to expand the French Navy. When this ship was being constructed in France, the job attracted ship builders from Spain, Holland, Malta and elsewhere in Europe. Premier Ship Models offers model ships that are a work of art and stunning sculpture.

When the ship was originally constructed in 1671, it was at the cutting edge of the technology of the day and built to last. The ship weighed in at 1300 tons and contained 76 guns on two decks and three masts. The ship was designed with supreme maneuverability and required 700 men to run it smoothly. Unfortunately, the vessel sunk in a storm in 1795.

Our Superbe models are hand crafted down to the smallest detail. They are available ready made in our Superior and Premier ranges. These complete ships are designed to be able to remove from boxes and place them on display immediately. In addition, we have an outstanding quality model Superbe ship that is perfect for a hobbyist interested in recreating this well known vessel.

Browse our website to see the quality of the Superbe in a finished product and the model kit. We have included detailed descriptions, product specifications and the dimensions of each of our ships. You can place your order online for outstanding quality service and fast shipping of our high quality models or model ship kits.
History of the Superbe

A few large ships were built at Brest and Rochefort in the early 1660s, but the first real class of French ships of the line consisted of seven vessels built in Holland in 1666. The process of expansion continued, culminating with ships such as the Superbe of 1671, registered at 1,300 tons and carrying up to 76 guns on two decks.

Colbert created his first regulations dividing the fleet into Rates. The First Rate comprised the three-deckers, from 80 guns upwards. It contained the sub-division known as the “premier rang extraordinaire” , included such vessels as the
The French began to build their fleet of the ships of the line after Louis XIV took effective power in 1661. His great minister Colbert was in control of the Navy from 1663. In order to rebuild the fleet, Colbert used the resources of Europe.

He attracted shipwrights from Malta, Barcelona, Holland, and other shipbuilding centres. Great shipwrights such as Anthony Deane of England were used as occasional advisers.

Royal Louis and the Soleil Royale

Three masted, with two decks, seventy-six guns, and extreme manoeuvrability won the Superbe a lot of admirers, including the English. On the Superbe, Pepys commented, with some exaggeration, “She was forty feet broad, carried seventy-four guns and six months provision”. Her architect was the famous Jacques Noel Sane, requiring seven hundred men for the smooth running of the vessel.

The influence of the French Court on the arts during the reign of Louis XIV in the seventeenth century was considerable, but there was little similarity between the decorations of the French and British ships; of all the national styles, they were the least alike. One noteworthy exception was the practice of fitting open galleries or balconies, where the English followed the French.

In 1672, the eminent shipwright Anthony Deane was directed by Charles II to build his new ships along the lines of the Superbe, which had open galleries. They first appeared in 1673, and became increasingly common in English ships, and indeed in other nations ships. Le Superbe joined Admiral Villaret de Joyeuse’s fleet. It was a period of great fights against the British fleet. Le Superbe came to a tragic end being sunk in a storm in 1795. It was a masterful piece of art and beautiful sculpture that sank to the bottom of the ocean.