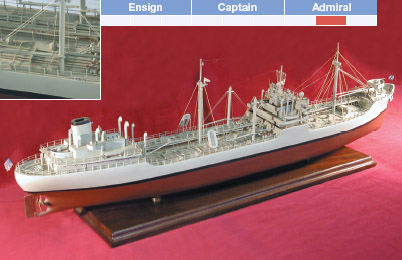 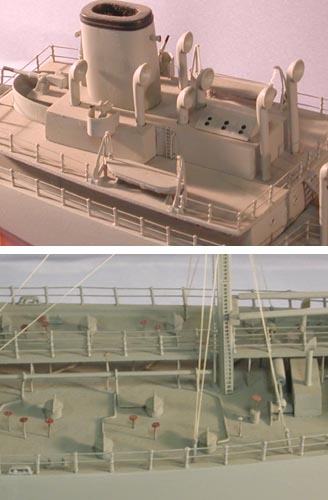 The T-2 was a class of oil tanker with construction that was standardized to meet the United States need of production during World War II.  Five hundred and thirty-three T-2s with turbo-electric drive were built from 1940 to 1945.  They transported fuel oil, diesel fuel, gasoline, and black oil-crude oil. After the war, the T-2 was the backbone of the commercial tanker industry.

This kit can be built to either wartime or peacetime configurations.  Plans and details for many shipping companies are provided.

Sorry we have no extra information for this product
This Vessel Type is Tanker
Copyright © 2022. UK Premier ship Models. All Rights Reserved.