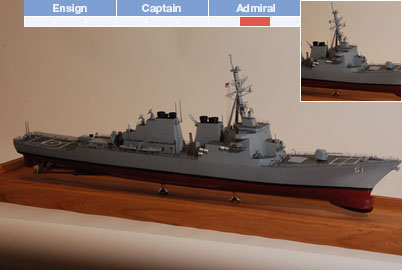 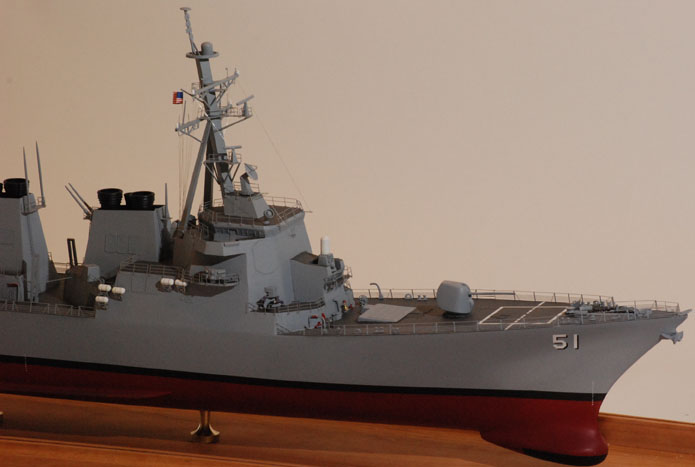 Being the lead ship of the Arleigh Burke class of guided missile destroyers, the USS Arleigh Burke (DDG-51) is named for Admiral Arleigh A. Burke, USN.  She was built by the Bath Iron Works in Bath, Maine and launched in September 1989.  The admiral was present at her commissioning ceremony in July 1991 in Norfolk, Virginia.  The Burke class of guided missile destroyers utilize a highly sophisticated AEGIS radar system, along with many other technological innovations.

This impressive model boat kit uses the most modern techniques available, a carved, laminated basswood hull, over 600 acid etched brass parts, custom Britannia fittings, laser cut and resin parts.  The plans are based upon the original US Navy NAVSEA plans.