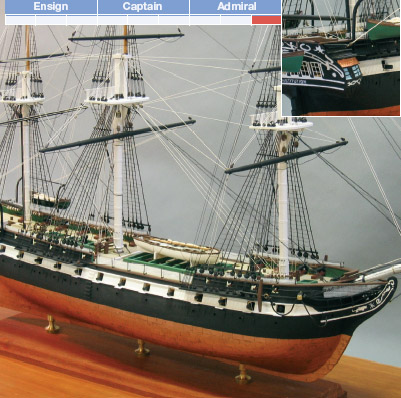 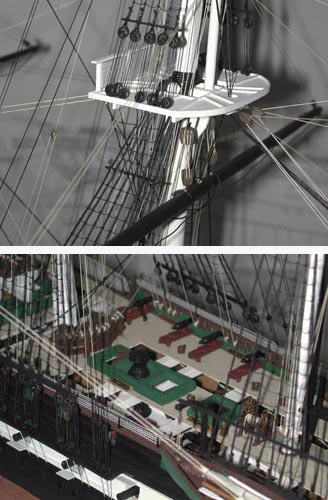 USS Constitution is a wooden-hulled, three masted heavy frigate of the US Navy.   Also known as “Old Ironsides” she is the world’s oldest ship of any type still afloat.  Authorized for construction by the Naval Act of 1797 she was launched in 1797 as one of six frigates.  The name Constitution was one of ten names submitted by Secretary of War Pickering to President Washington in March 1795.  She was to provide protection for American merchant shipping during the war with France, along with defeating the Barbary pirates in the First Barbary War.  The Constitution is most noted for her actions during the War of 1812 against the United Kingdom, when she captured many merchant ships and defeated five British warships.  She was retired from active service in 1881 and was designated a museum ship in 1907.  The USS Constitution is currently berthed at Pier One of the former Charlestown Navy Yard and is open to the public year-round.

This model boat kit presents “Old Ironsides” as she appeared during 1812-1815. This kit contains over 2600 fittings, 20 different sizes of scaled rigging cord, much photo etched brass, and resin deck boats. The carved basswood hull is solid to the gundeck, leaving two decks to fit out.  This is a kit for the expert modeler.

This is an expert level model.