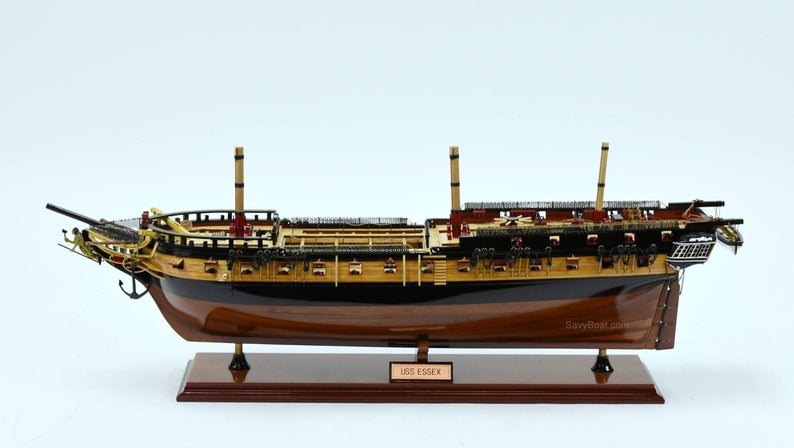 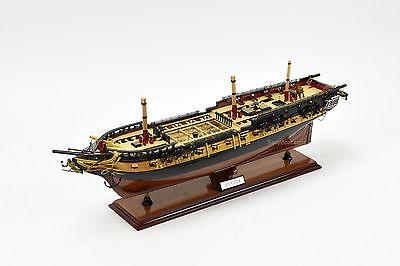 Whether you are new to model ship building or have built many models, Premier Ship Models offers exquisite models for every skill level. The USS Essex, Frigate (1799) from Model Shipways is in our intermediate range. This model is perfect for someone with some prior experience and skill for building model ships.

The USS Essex model ship is popular with collectors who also love early American history. The USS Essex was built by the US Navy in 1799 and sailed for the new country in the First Barbary War and the War of 1812, until she was captured by the British and renamed the HMS Essex. The ship was eventually sold at a public auction in 1837.

In addition to hear actions in war, this ship is notable or a few firsts. The USS Essex was the first US Naval ship to cross the equator and the first to double the Cape of Good Hope. The ship has been featured in popular culture, including stories by Herman Melville and Patrick O’Brian and the 1950 film Tripoli.

This USS Essex Frigate model ship features high quality parts, such as laser cut basswood parts, metal guns, brass nails, plenty of rigging and sail material, and detail parts for the finishing touches. Your modelling experience is enhanced with six sheets of plans and a clear instruction manual to help you assemble the model. Enlarge the photograph of the model on our website to see the detail in this design.