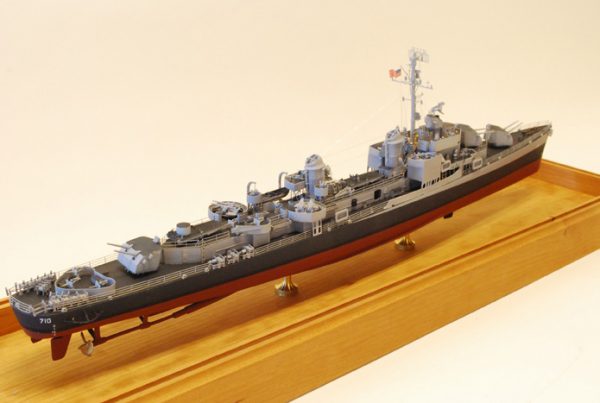 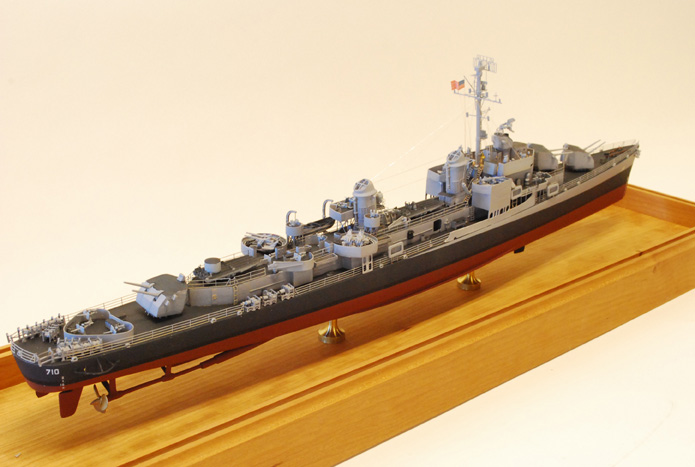 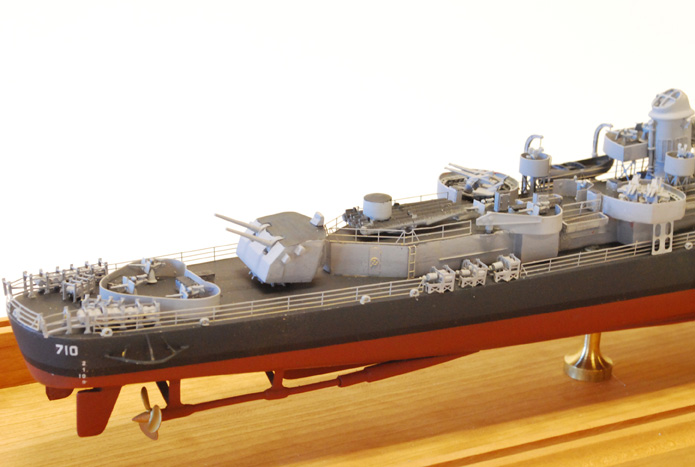 Launched in February 1945 in Kearny, New Jersey, the USS Gearing (DD-710) was the lead ship of her class of destroyers in the United States Navy.  Gearing was in Norfolk in July 1945 and trained pre-commissioning crews for other destroyers, then sailed to Casco Bay, Maine on October 5, 1945. She conducted peacetime operations along the Atlantic coast of North and South America after returning to Norfolk in March 1946.  Well into the 1960’s the Gearing had established a pattern of peacetime operations. In October 1962, Gearing was part of the American naval blockade to the Cuban Missile Crisis and was the first to intercept a Soviet vessel.  After the crisis was over, Gearing returned to Norfolk in November 1962.  In early 1963 she participated in Operation “Springboard-63” and then sailed to the Mediterranean in March with the 6th Fleet.  She returned to Newport in September for a “FRAM I” Fleet Rehabilitation and Modernization.

This is an experienced level model.