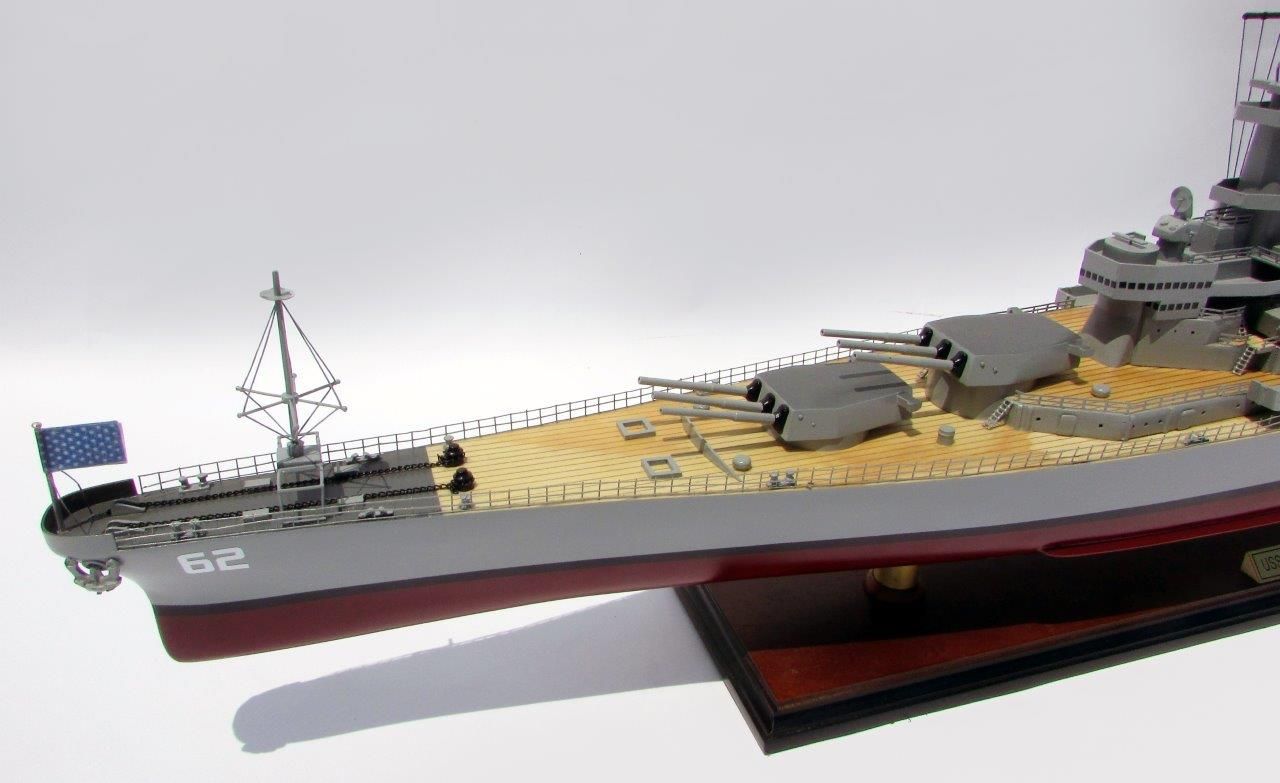 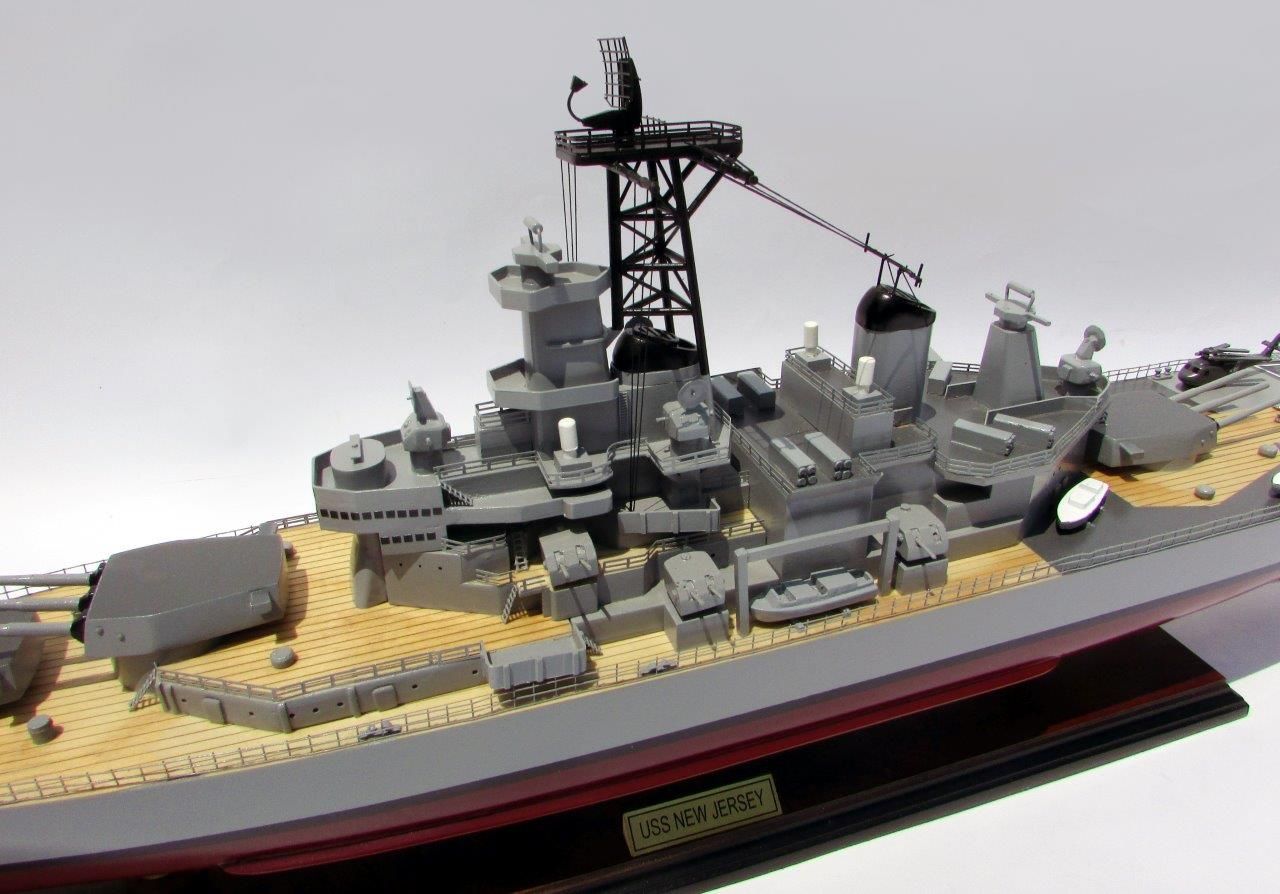 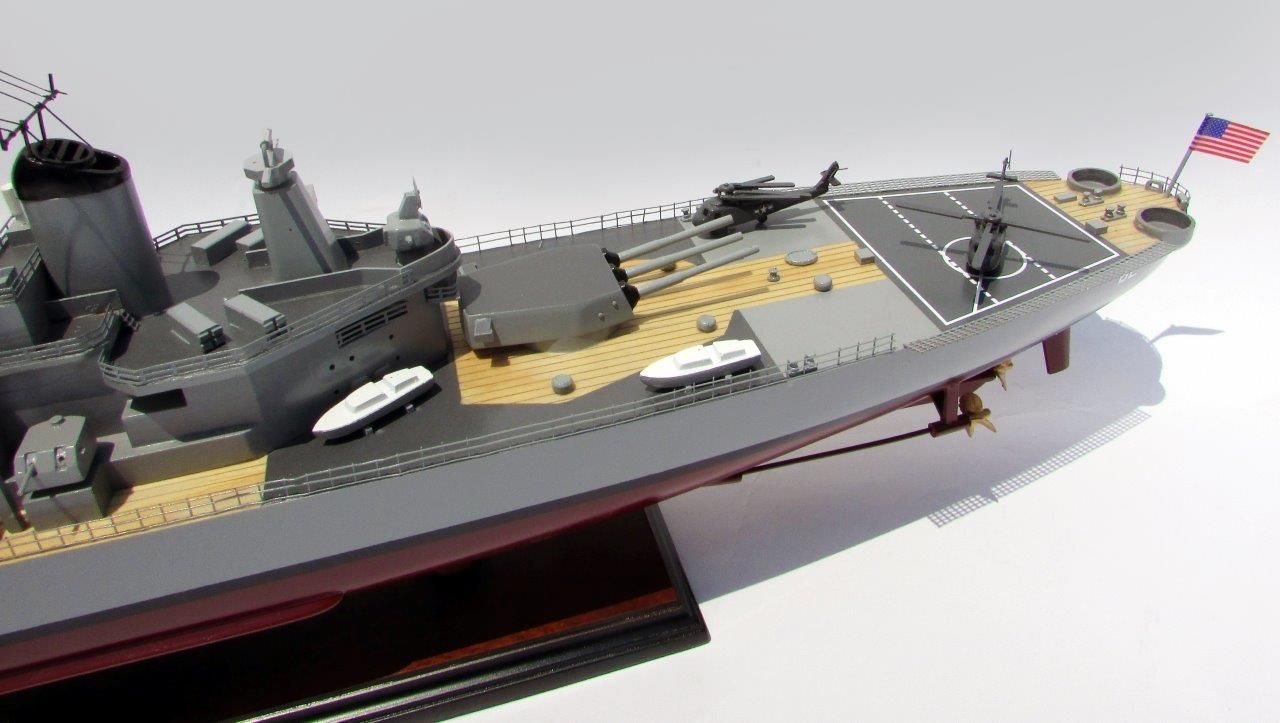 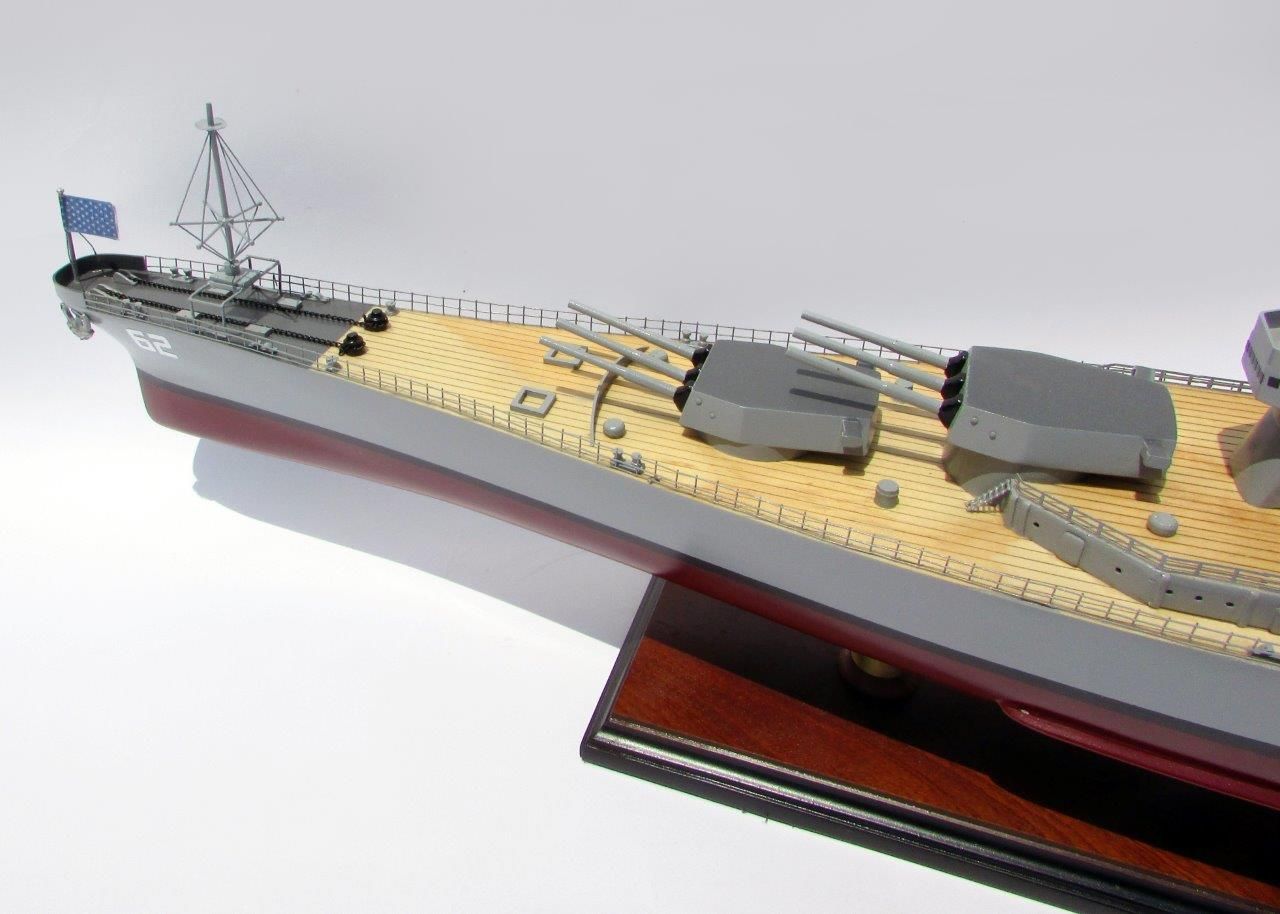 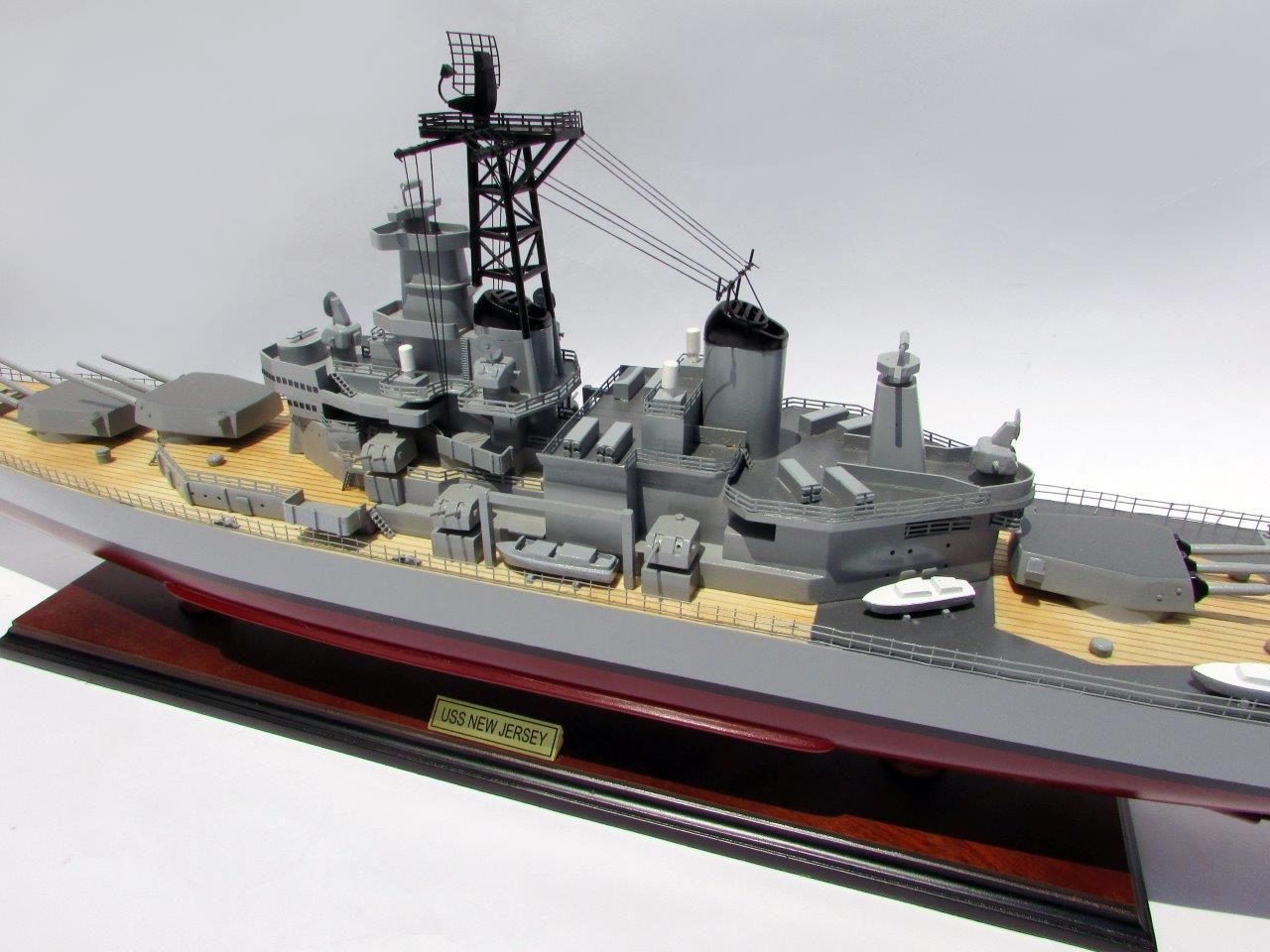 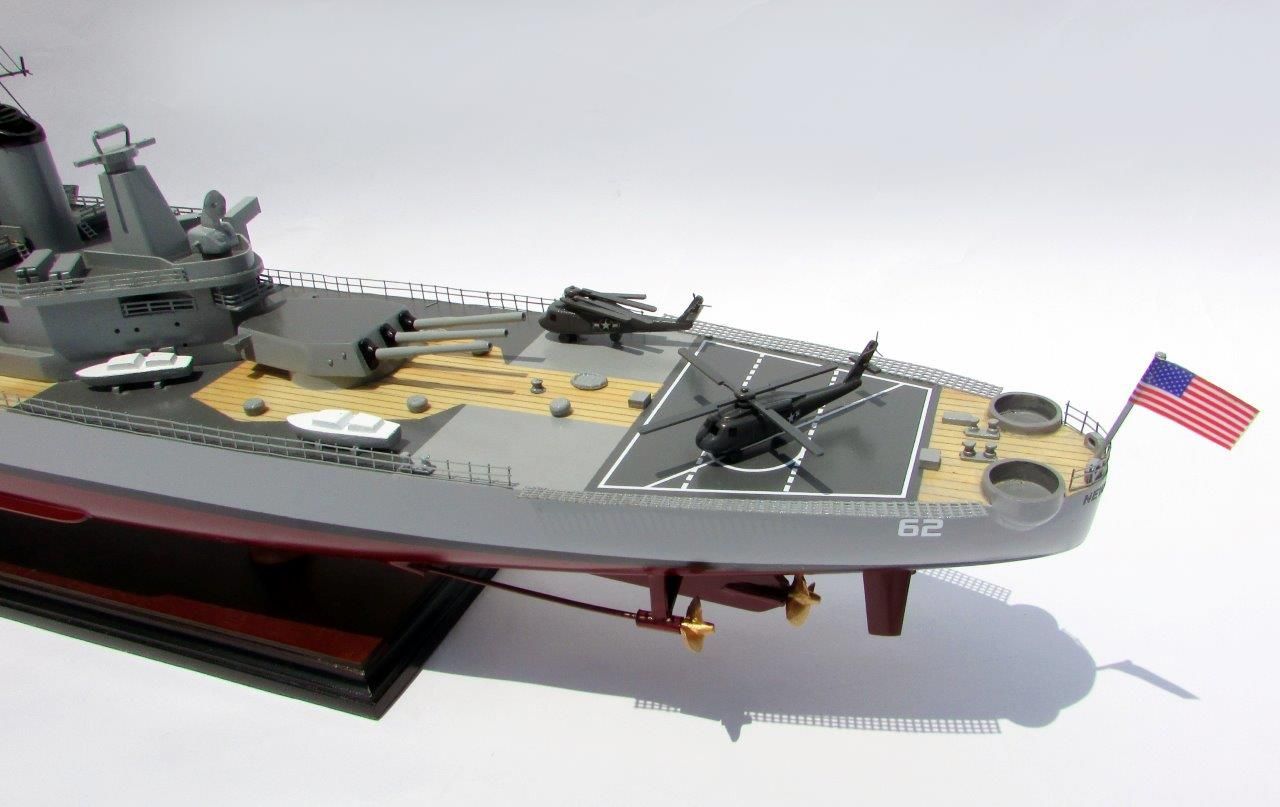 In the 1980s as part of the 600-ship Navy program, New Jersey was modernized to carry missiles and recommissioned for service. In 1983, she participated in US operations during the Lebanese Civil War.

New Jersey was decommissioned for the last time in 1991 (after serving a total of 21 years in the active fleet), having earned a Navy Unit Commendation for service in Vietnam and 19 battle and campaign stars for combat operations during World War II, the Korean War, the Vietnam War, the Lebanese Civil War, and service in the Persian Gulf. After a brief retention in the mothball fleet, she was donated to the Home Port Alliance in Camden, New Jersey, and began her career as a museum ship 15 October 2001.

The USS New Jersey Ship model is part of wide range of magnificent models from Ghia Nein offered at Premier Ship Models. Ghia Nein are renowned for their craftsmanship. An artisanal business with over twenty years experience, using locally sourced exotic woods and resources to produce exquisite hand crafted models. Based in Vietnam this family artisanal workshop ensures that each model is of high quality and are accurate replicas of original ships.  Get this wonderful model of the USS New Jersey Ship today, to sit proudly as feature in any room.

Sorry we have no extra information for this product
This Vessel Type is Modern military
Copyright © 2020. UK Premier ship Models. All Rights Reserved.