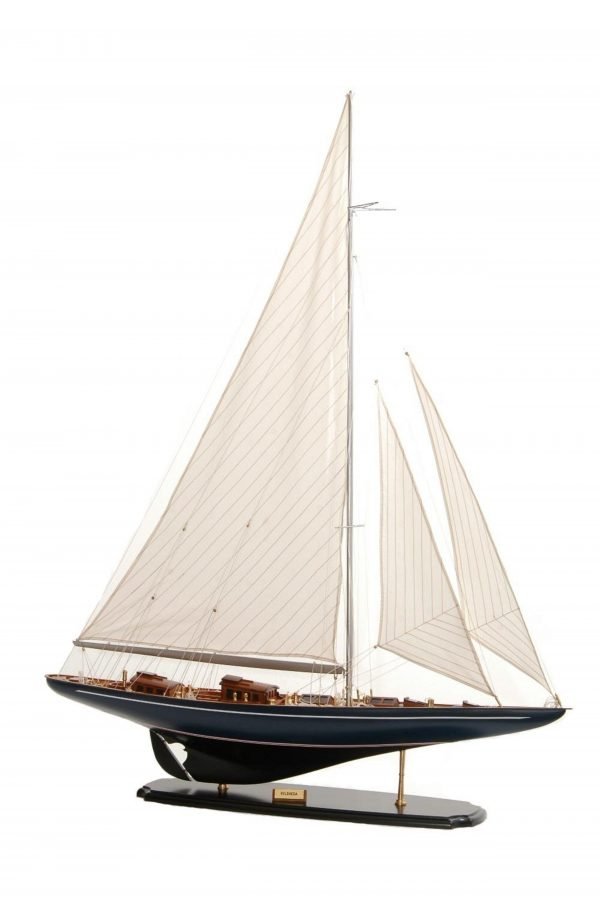 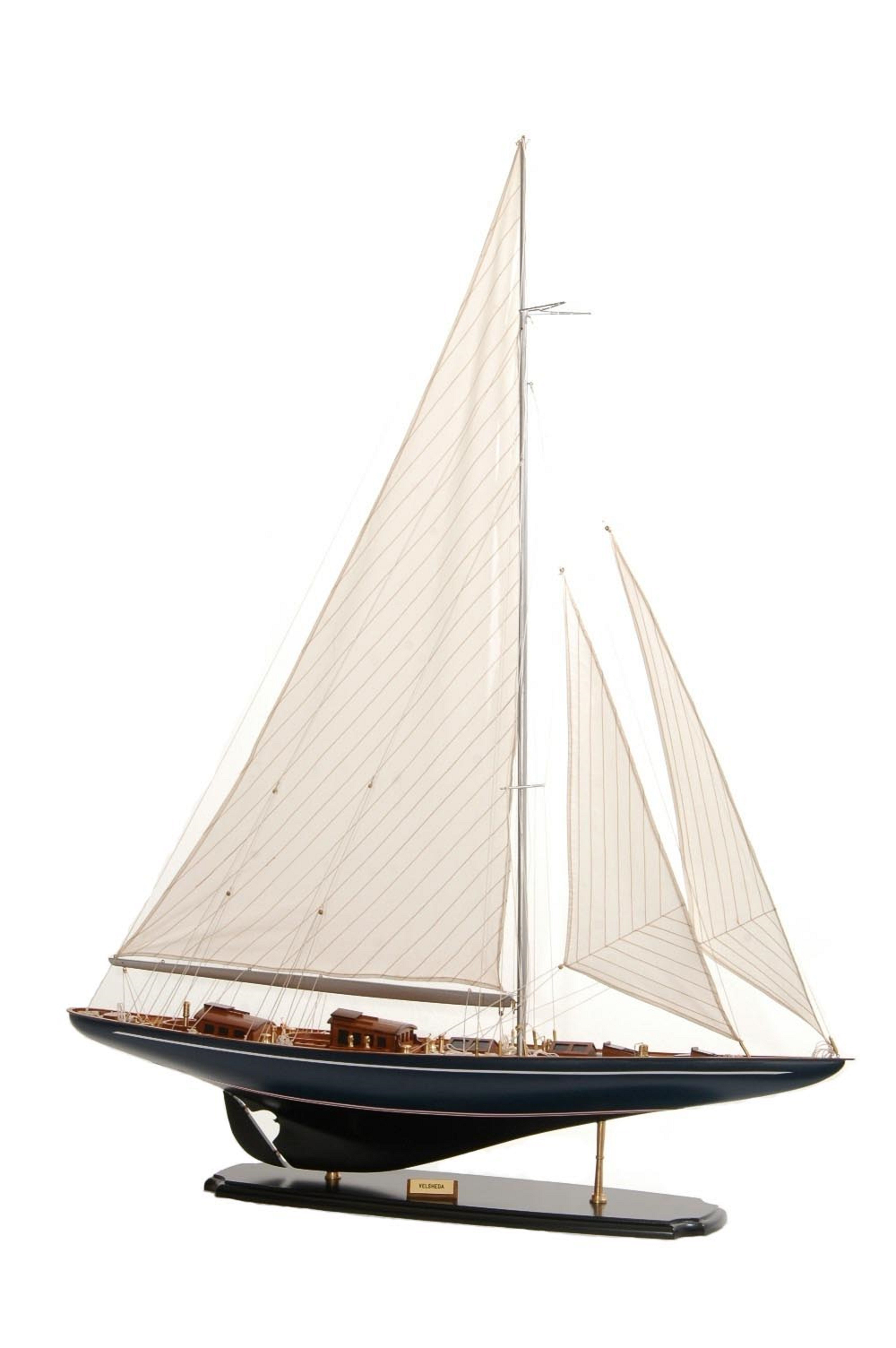 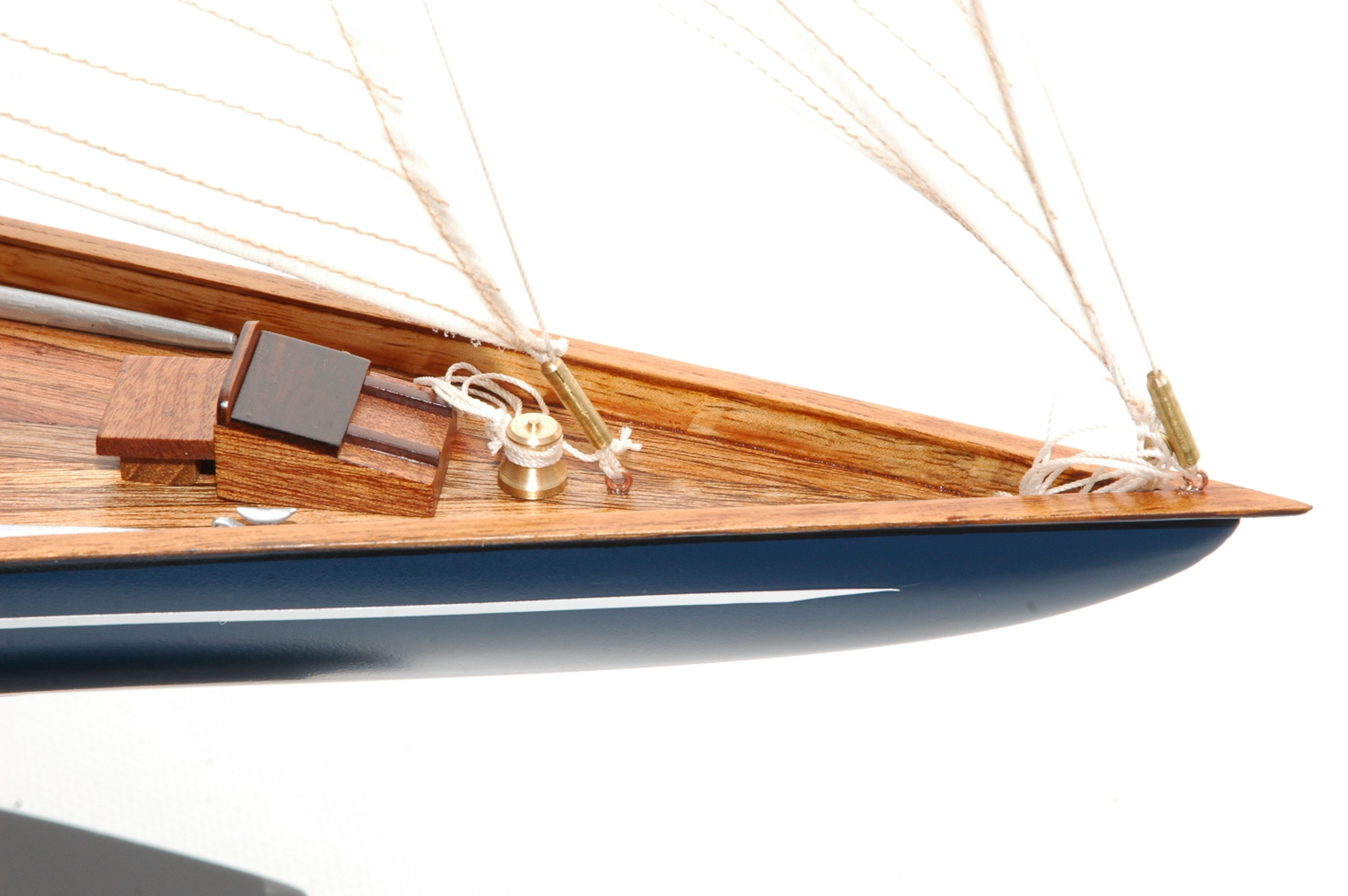 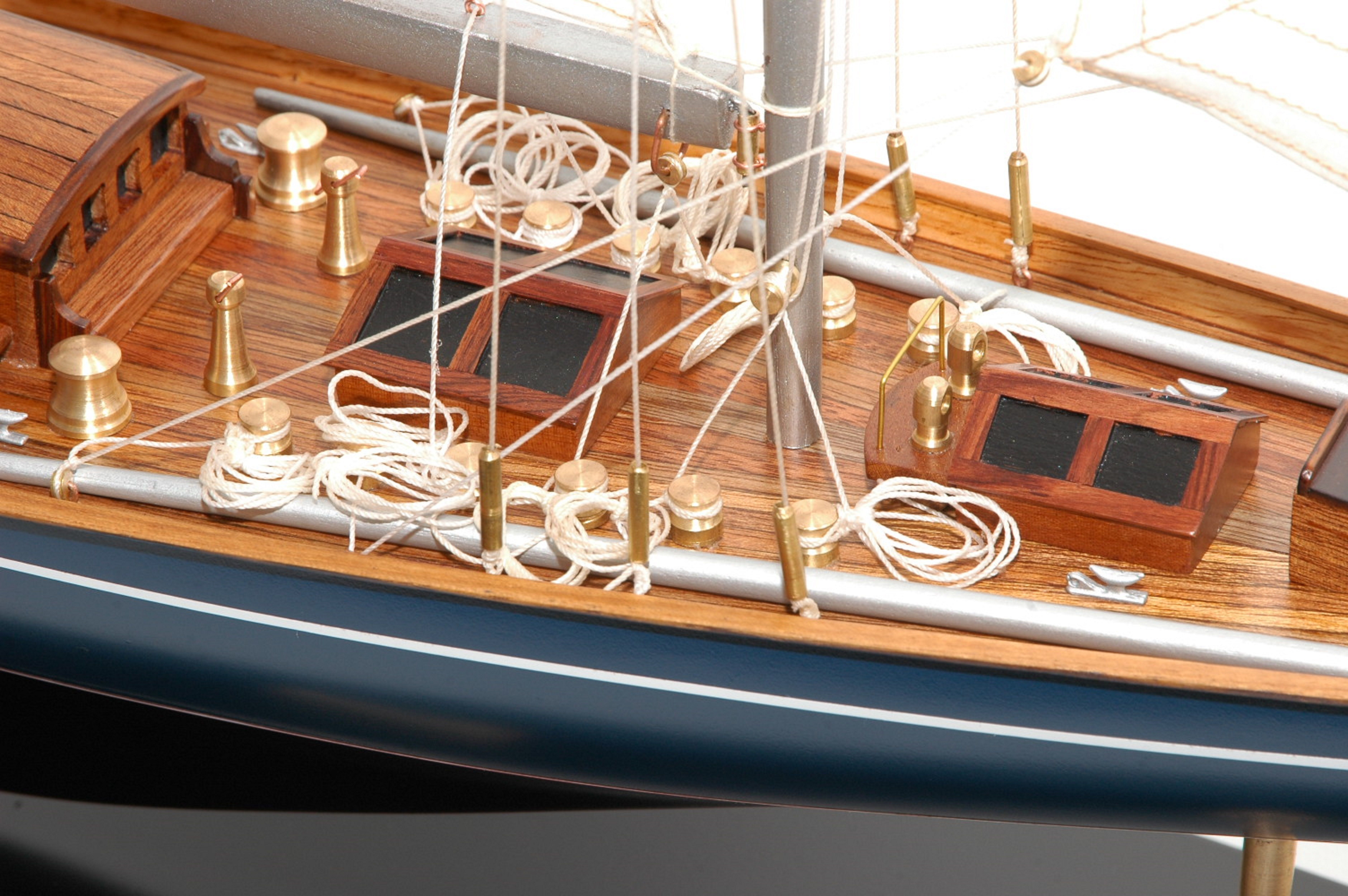 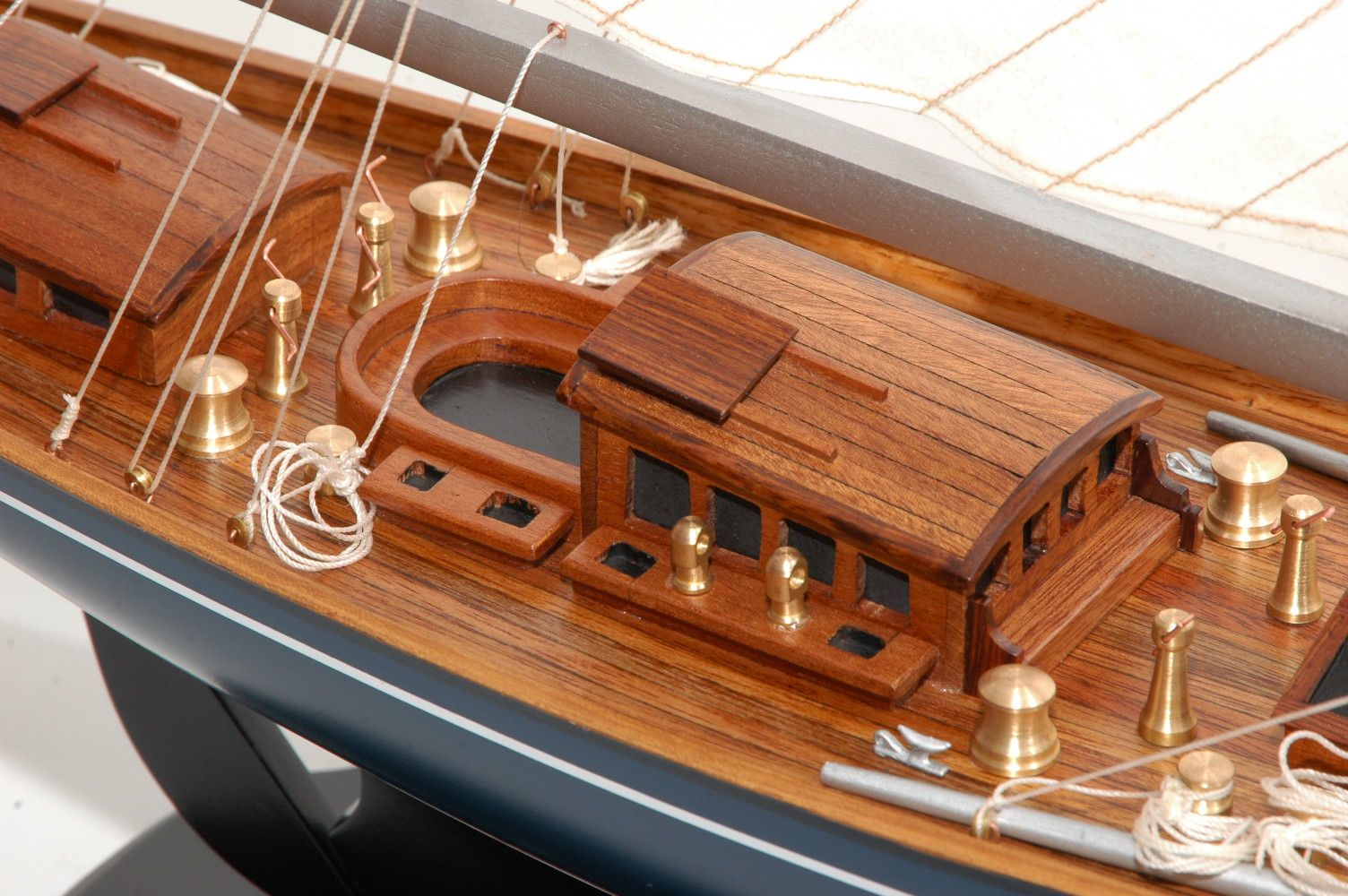 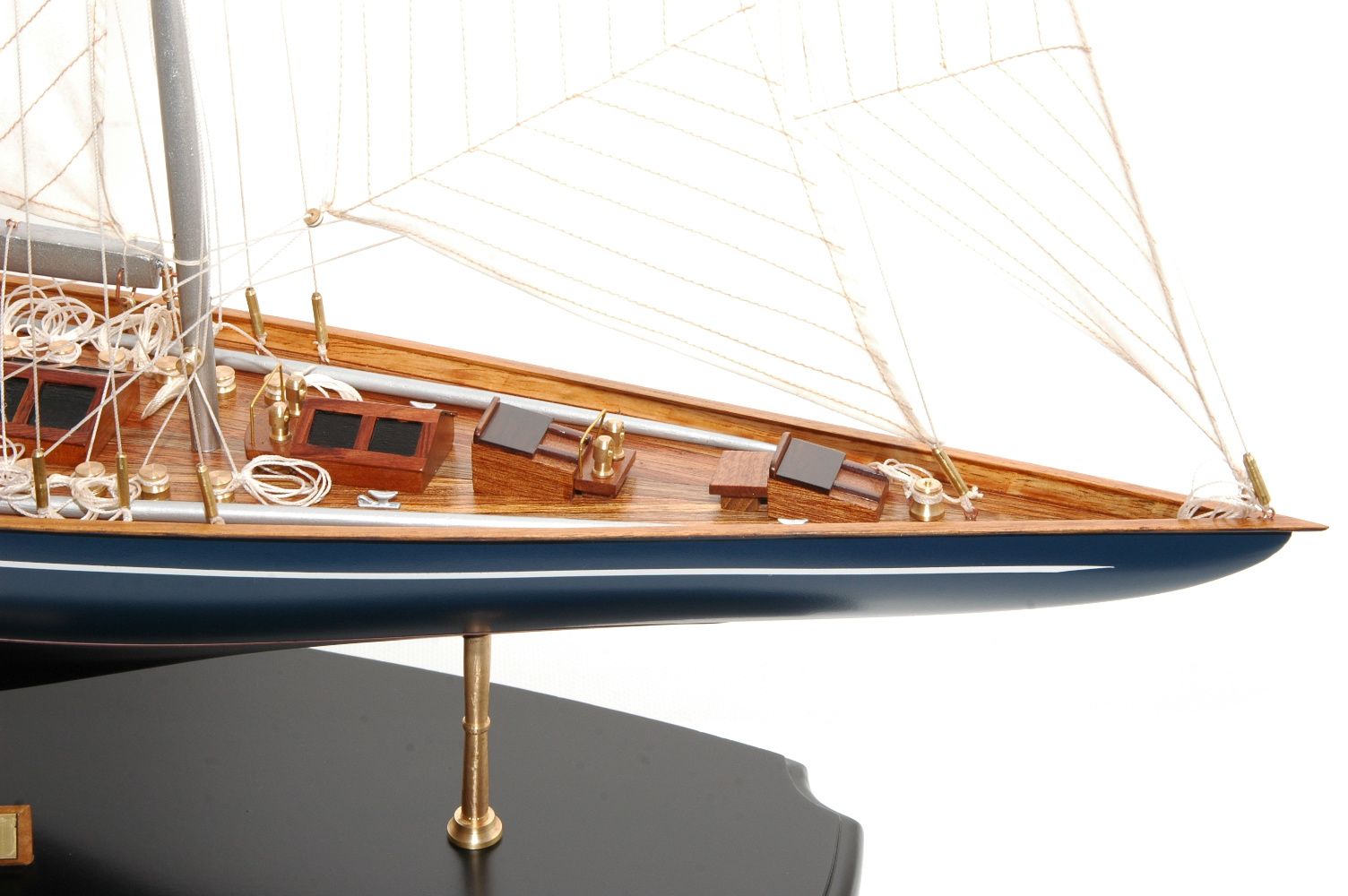 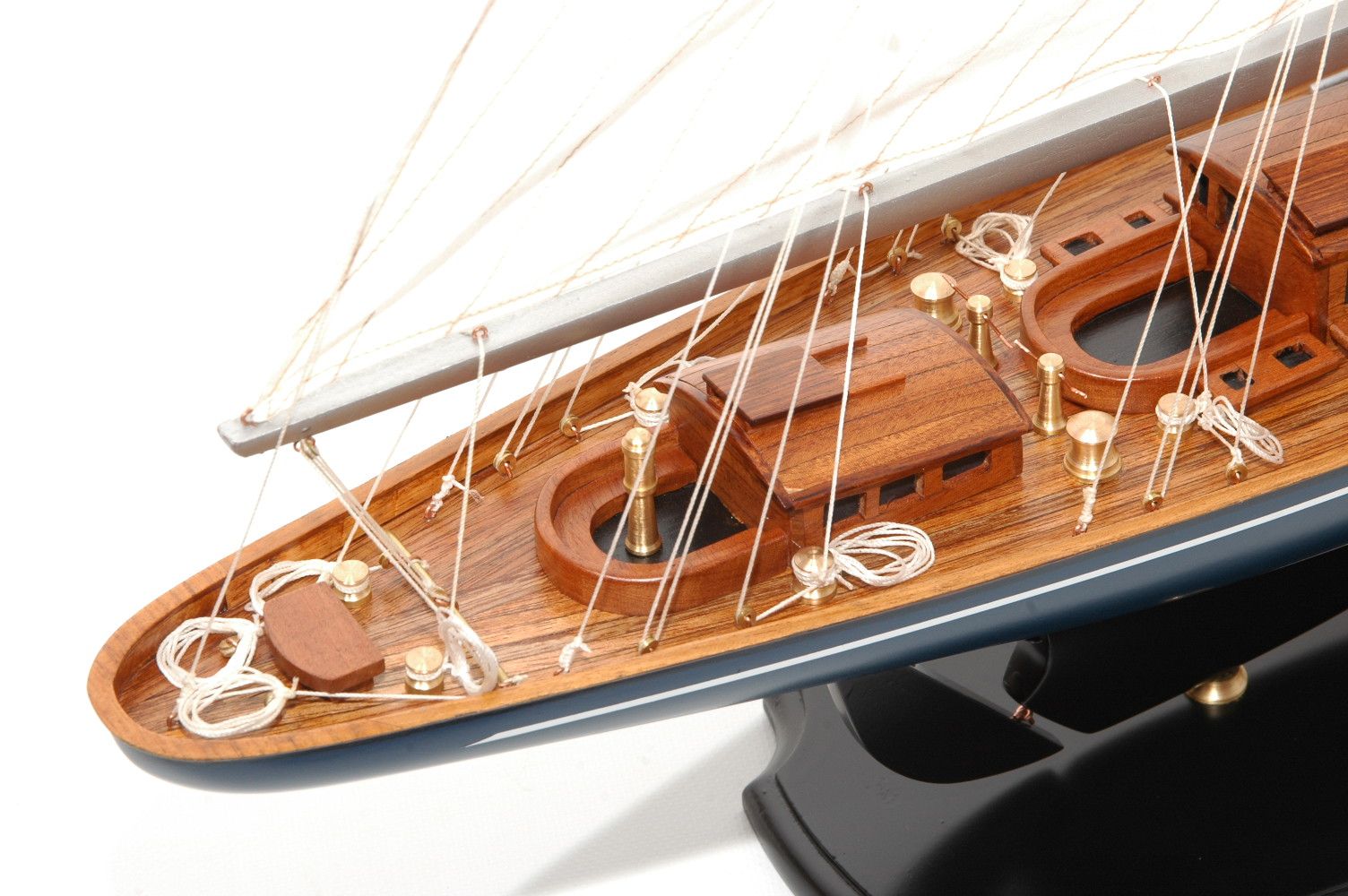 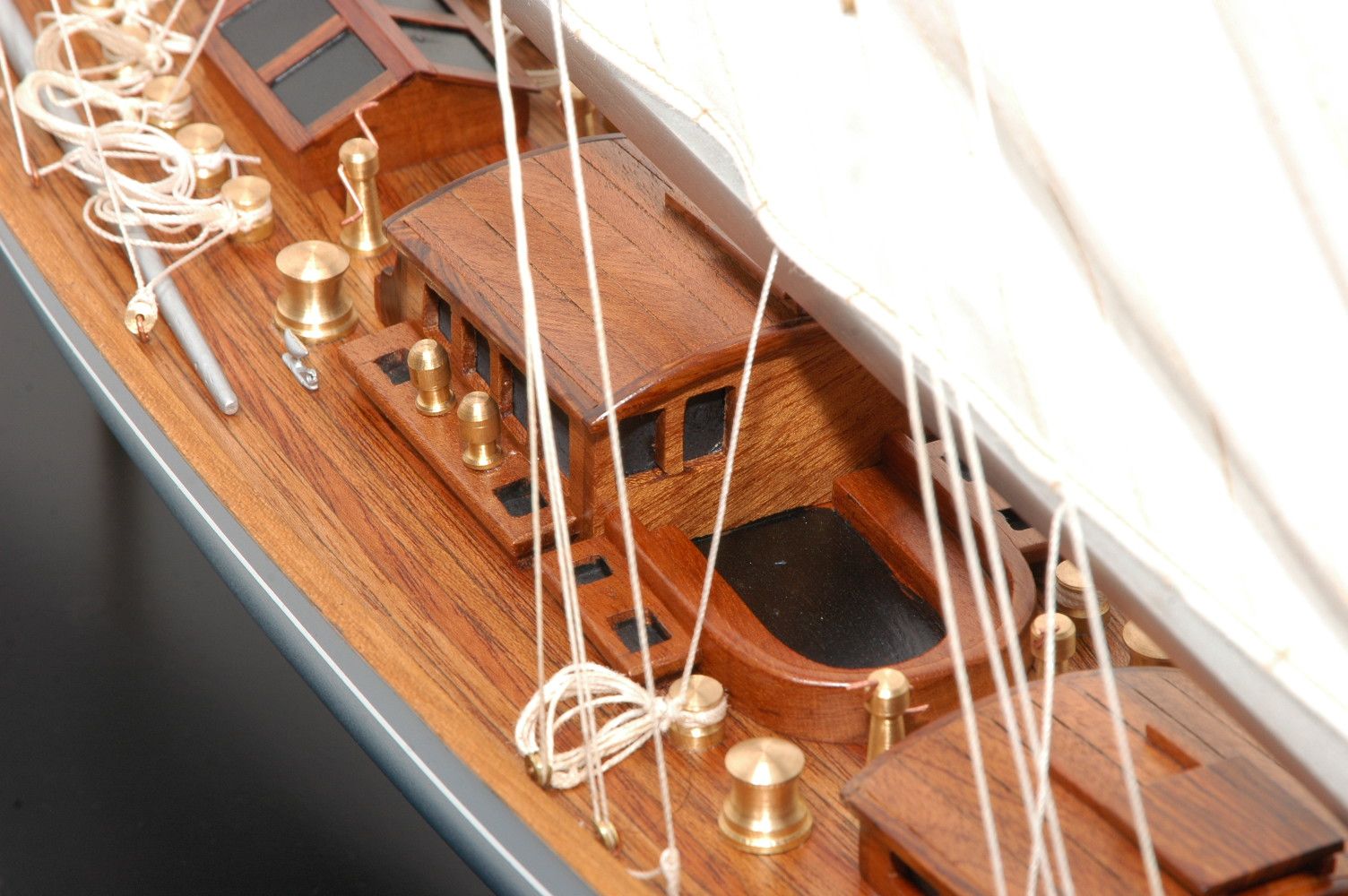 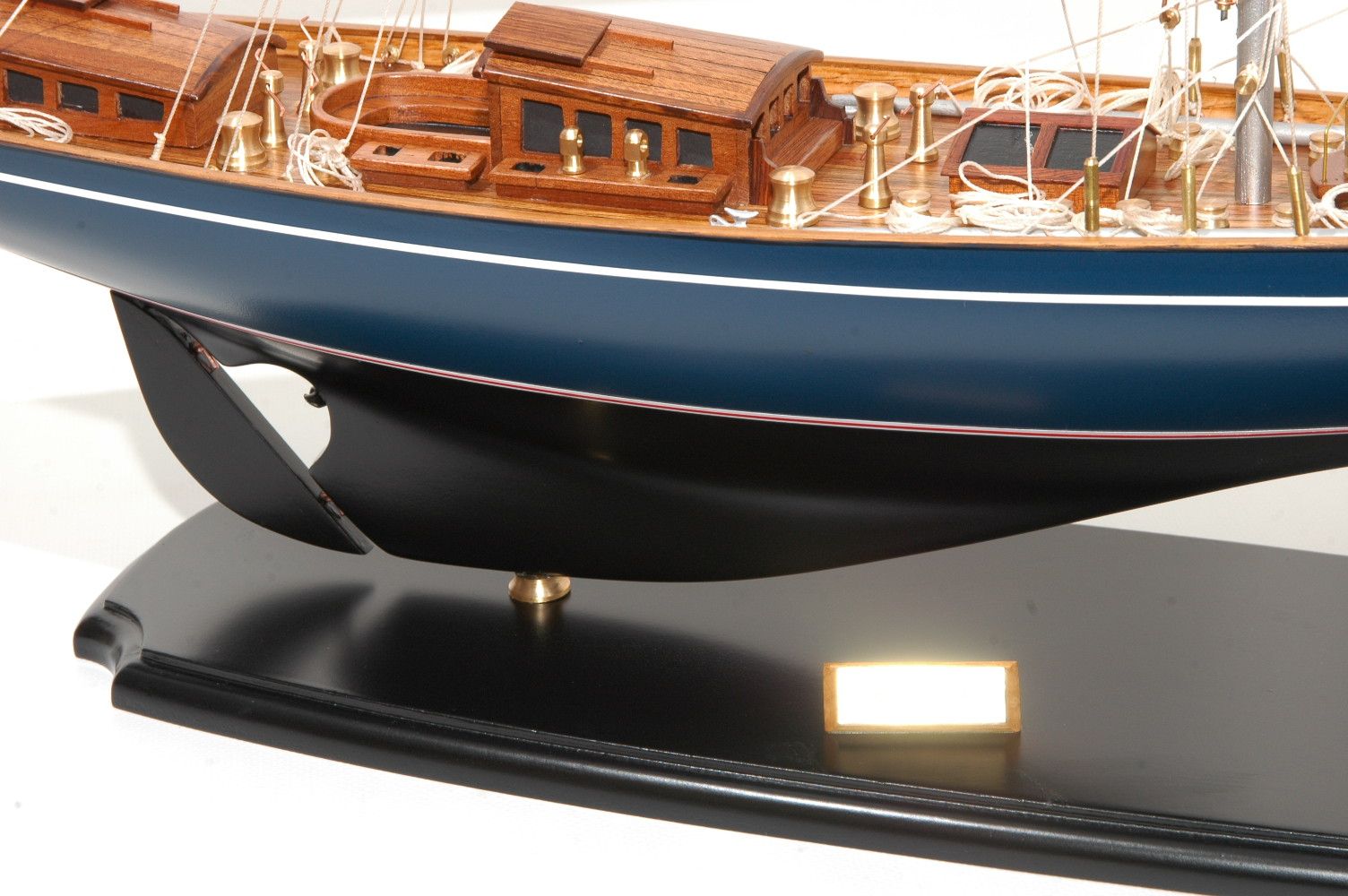 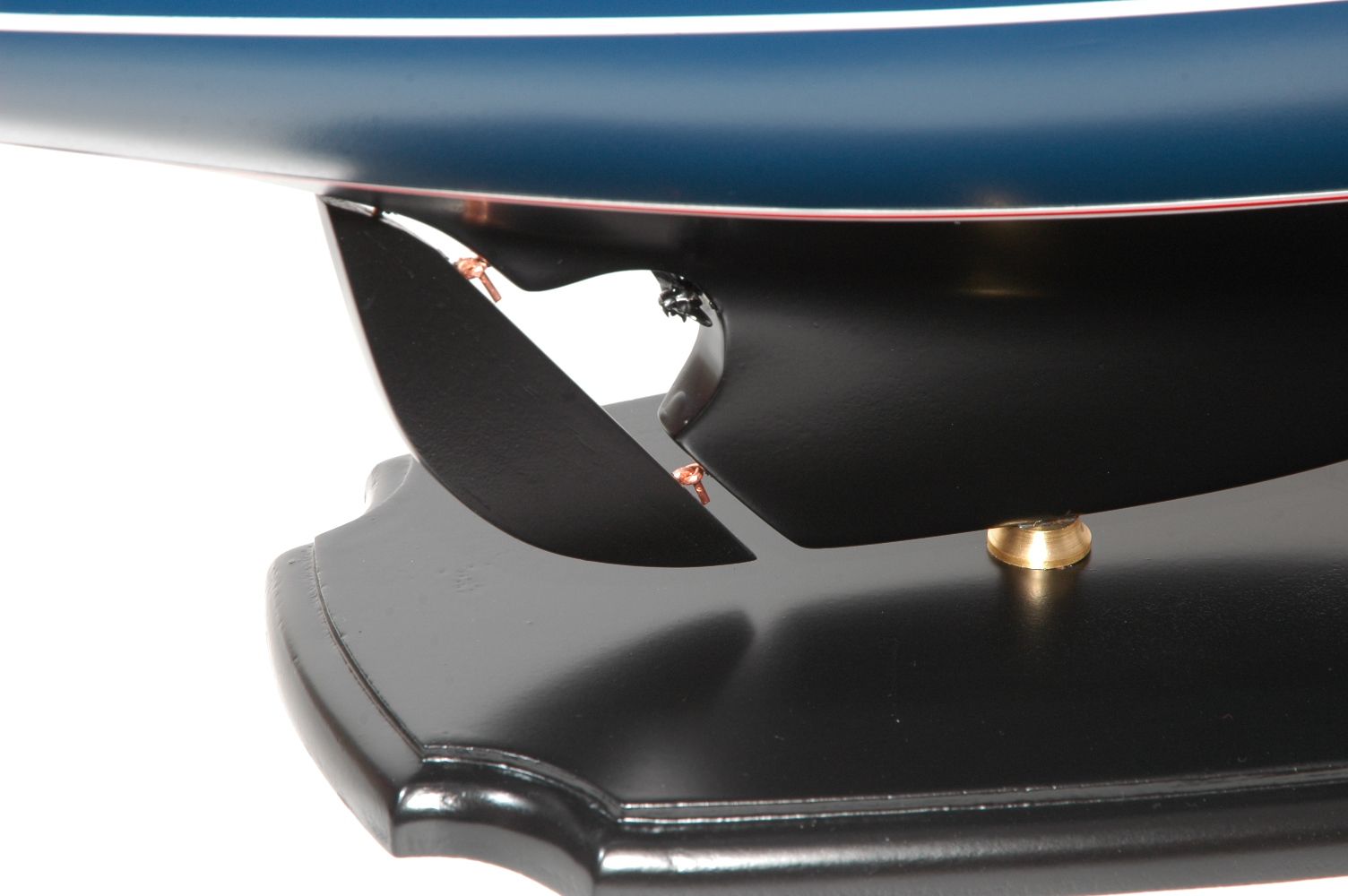 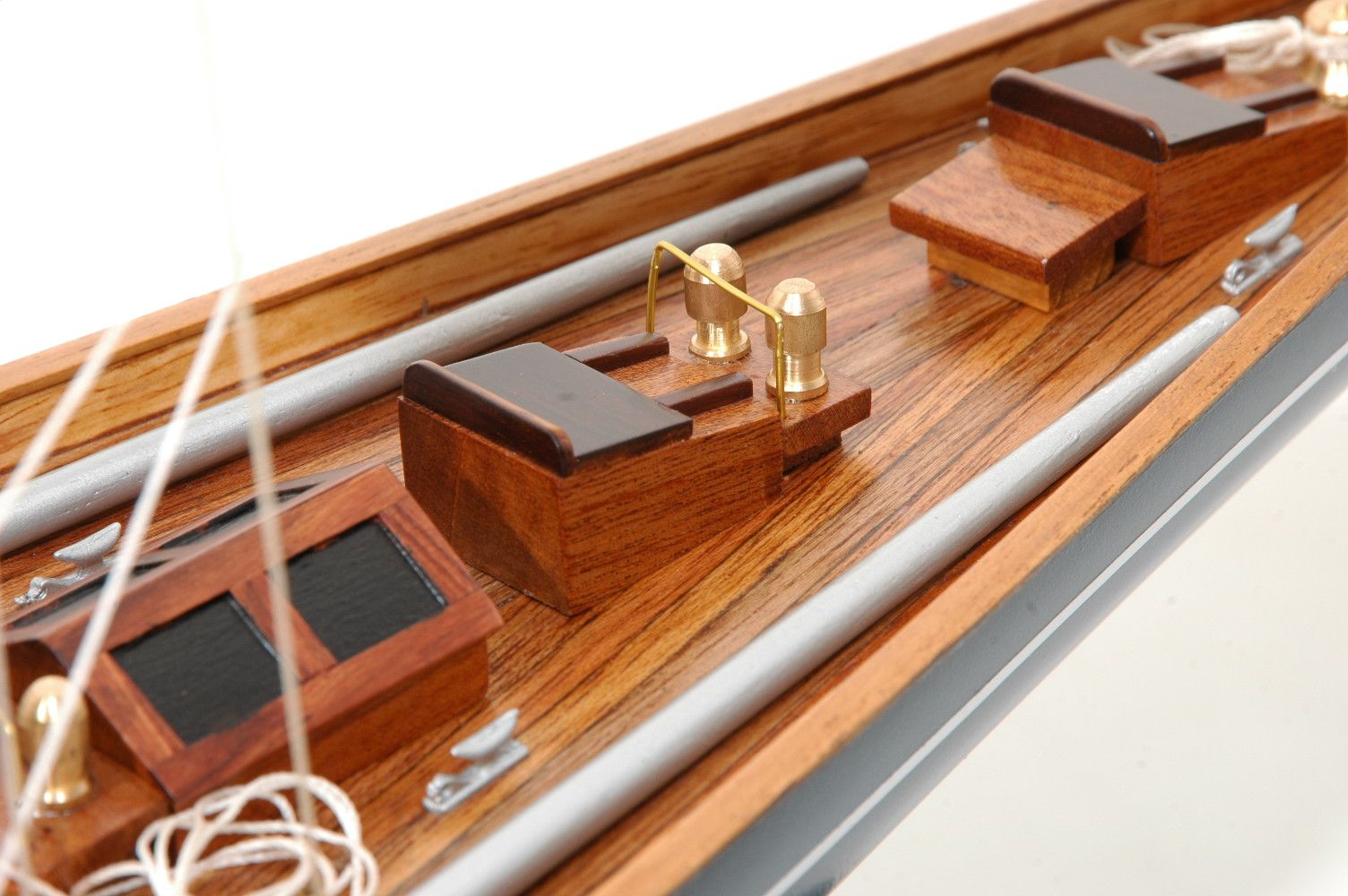 The J-Class yacht Velsheda was designed by Charles Nicholson and built in 1933 by Camper & Nicholson at Gosport, Hampshire. She was built for businessman Mr W.L. Stevenson, Owner of Woolworth chain of shops, and named after his three daughters, Velma, Sheila and Daphne. She raced with the greatest names in classic yachting including “Britannia”, “Endeavour” and “Shamrock” between 1933 and 1936.

In her second season she won more than 40 races and achieved an outstanding record of success at Regatta’s from Southend to Dartmouth. Other venues included Torbay, Swanage and of course the Solent, all under the control of the very famous Captain Mountifield.

In her day – around the late 1930’s, she represented the most advanced technical design for spars, rigging, sails, deck gear and ropes. Her masts were Aluminium, made by bending plates and riveting them together. Sails were made from the new Terylene threads and deck gear now included winches for easier handling of sheets.

The standing rigging was solid rod, even in the 30’s, but with so much stretch in the rigging and systems it was inevitable that J Class masts could not be held in column and would collapse in stronger winds. In anything above a Force 3, there was serious concern about holding the rig in place without collapse.

Below decks accommodation was limited to just the main saloon, Owners quarters aft, and storage for sails and equipment forward. This unique yacht was rescued from a Hamble mud berth in 1984 by Terry Brabant, who economically refitted her for charter work with a new steel mast and limited interior.

To view more of our yacht models please browse our website or feel free to Contact Premier Ship Models with any questions you may have.