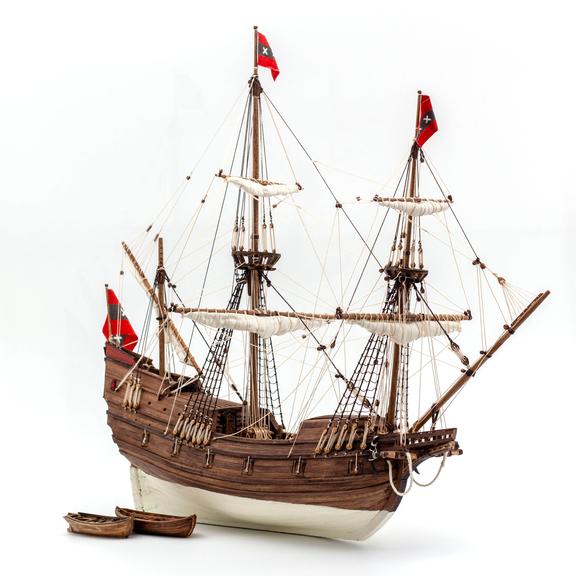 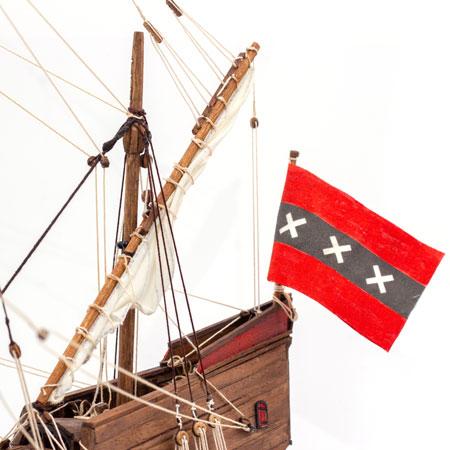 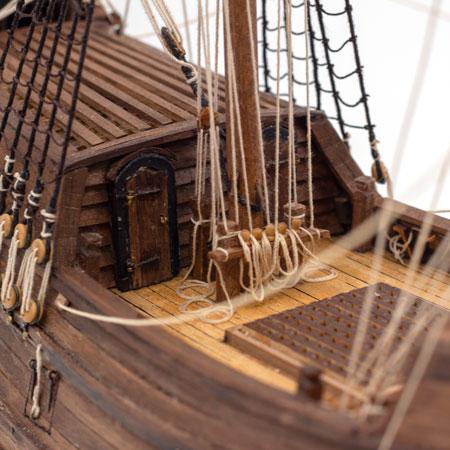 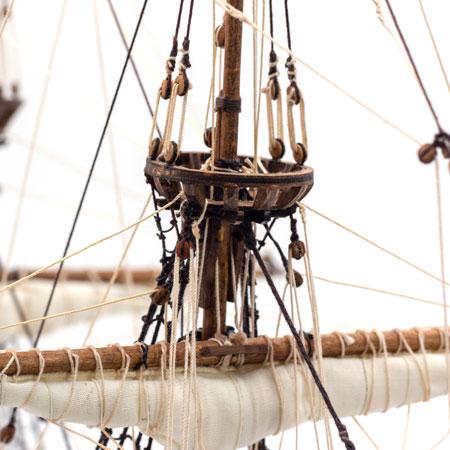 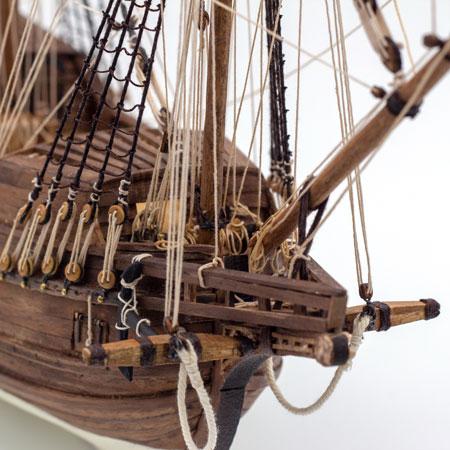 About the Willem Barentsz’ Expedition Ship

The Barentsz’ Expedition Ship is also know as the White Swan, and was the ship used by Willem Barentsz’ upon his discovery of the Arctic archipelago, now know as Svalbard. The expedition took place in 1596, with the aim of finding a passage north of Asia. Instead, the ship ran into pack ice near Nova Zembla. The 17 men on board were forced to face the winter,  using the willpower and creativity to survive for six months. By Spring, the ship had still not yet been freed from the pack ice. The crew decided to take a smaller boat, in order to find help. During this journey, Willem Barentsz’ who had been ill for a while, passed away on 20 June 1597. After braving the snowstorms, scurvy, polar bears and a lack of food, the crew finally made it to the Russian mainland in by August of 1957.

Today, a replica of the Willem Barentsz’ ship in its full size is being reconstructed under the supervision of marine archaeologist Gerald de Weerdt. The team have had to conduct extensive research into the shipwreck and journals of the crew members, in order to reconstruct the ship.

The Willem Barentsz’ ship model is built to a scale of 1:50 using original photos and plans, in order to re-create the ship in as much detail as possible. This model is a kit and is ready to be constructed. The kit contains laser-cut keel and frame, as well as walnut planking, decks, and hand-crafted ornaments. The model is provided with wooden blocks for rigging, but this can also be replaced with more luxurious blocks which are an authentic replica of the original. The model comes with two small boats, but cannons (carriage plus barrel) can be ordered separately. The model also comes with a simple wooden stand and sails, which will require to be stitched. Please not that a luxurious oak stand can also be ordered separately.

This ship model kit has been rated 1-2 out of 4 stars for its difficulty level.

Sorry we have no extra information for this product
This Vessel Type is Galley
Copyright © 2022. UK Premier ship Models. All Rights Reserved.