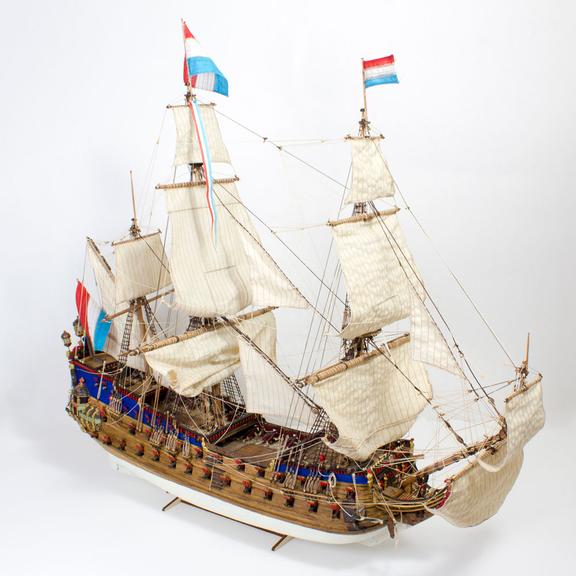 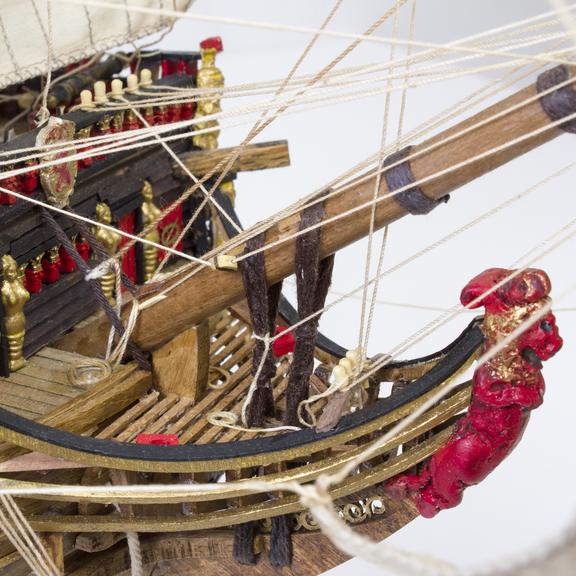 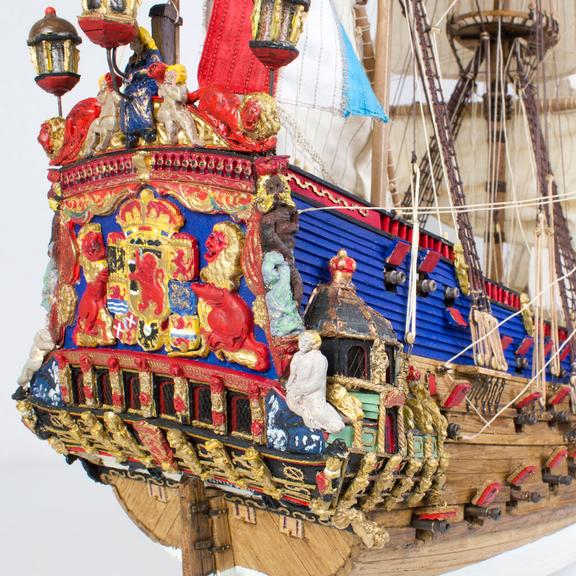 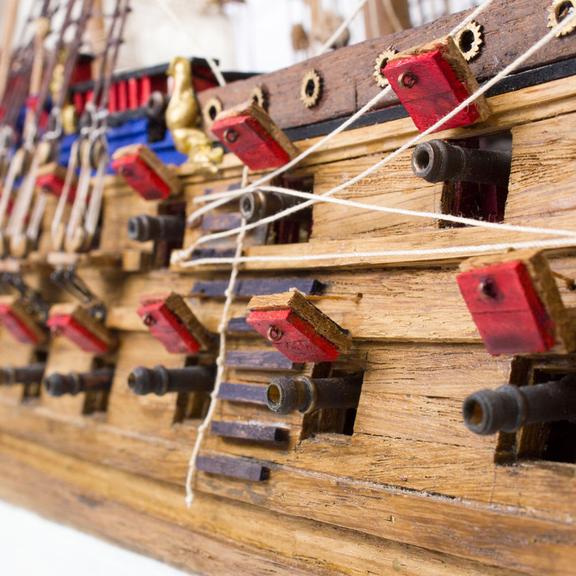 About the Zeven Provincien

The Zeven Provincien is named after the seven provinces that made up the Dutch Republic in the 17th century. The ship was built in 1665-1665 by the master ship builder, Salomon Jansz van den Tempel. It  first served as the flagship during the Anglo-Dutch War under the command of Admiral Michiel De Ruyter, contributing to the four-day fight and the St. James Day battle. The vessel made it through the war with minor damage to its mast. In 1672-1673 the Zeven Provincien once again set out for battle during the Third Anglo-Dutch War. Finally in 1692, the ship fought during the Battle of Barfluer during the War of the Grand Alliance. At this point, she was severely damaged and had to be scrapped shortly after.

In term of her construction, the Zeven Provincien is 151 ft (46 m) long and 40 ft (over 12 m) wide. The vessel could carry a crew of around 420, and was heavily armed for battle. A replica of the ship was constructed in Batavia, and still exists today.

About the Zeven Provincien Ship Model

The Zeven Provincien ship model is built to a scale of 1:50 using original photos, in order to re-create the ship in as much detail as possible. This model is a kit and is ready to be constructed. The kit contains laser-cut keel and frame, as well as planking, decks, masts and hand-crafted ornaments. The model is provided with wooden blocks for rigging, but this can also be replaced with more luxurious blocks which are a replica of the original. The model also comes a sail kit and a simple wooden stand, which can be replaced with a luxurious oak stand.

This ship model kit has been rated 4 out of 4 stars for its difficulty level.