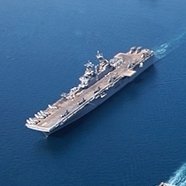 With the first ships built thousands of years ago, technology and innovation have been key factors in the way ships have changed over the years.

A look into the history books indicates the earliest known boats, can be traced back to around 2500 BC. Measuring at 143 feet (44m) long and 20 feet (6m) wide, Egyptians had managed to build wooden boats able to sail oceans.

Viking longboats like the Skuldelev 1 featured came next and were designed to hold up to 60 oarsmen to help row the ship. The long and narrow design allowed them to be used both for open oceans as well as rivers.

With the course of time, the sizes of these ships began to increase and their purpose began to change. Ships such as the Santa Maria (which brought Christopher Columbus to the new world), Victoria & Mayflower were used for exploration, cargo and ultimately for fighting in battles. 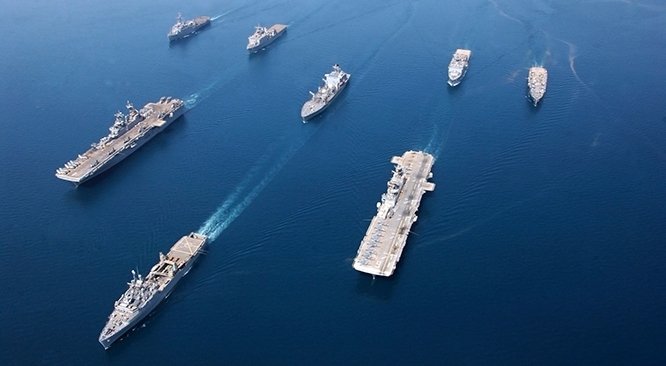 In the next chapter in the history books we have the likes of HMS Victory and the USS Constitution. Measuring at around 60 meters in length they were two of the largest wooden warships built.

Technological innovation had an important part to play in the next stage of Maritime History. Going from steamships combining wind power and steam as well as propellers such as the SS Sultana, ships were getting bigger and able to transport more goods as people to allow international trading to increase.

Launched in 1912, the fate of the Titanic is well known around the world. Designed to be a master piece showcasing mankind’s brilliance, the largest and fastest passenger ship of its time sank upon striking an iceberg on its way to New York.

It seems that with the inevitability of time passing, such is the inevitability of ships and their sizes and capabilities increasing. Currently the biggest ship in the world (Prelude FLNG) measures at a staggering 488 meters in length, to put this into context, the ship measures longer than the Empire State Building.

What does the future hold? The Freedom Ship, a project proposed in the early 1990’s foresees a 1,317m (0.818 miles)-long integrated city. The complex would circumnavigate the globe continuously.

Allure Of The Seas Delivered – marinelink.com

The Mystery of Mary Celeste – mysteriesofcanada.com

Disaster On The Mississippi – news.nationalgeographic.co.in

History of Fabric and Construction – rmg.co.uk