This week we discuss the historical ships that have been preserved across the UK. We want to thank the multiple organisations that work to keep these ships preserved and offer us the opportunity to visit them. If you are thinking about visiting them or are simply interested in knowing more about them, then you will find all the information that you need below. 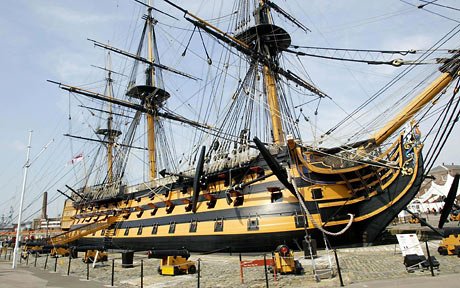 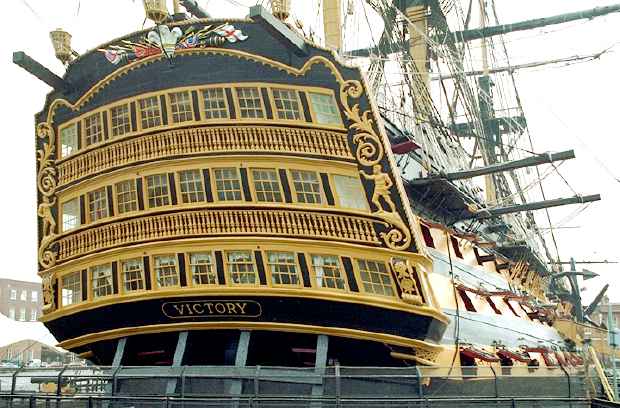 The HMS Victory as she is today in Portsmouth, UK.

The HMS Victory is a flagship of British naval history, originally launched in 1765, and today is visited by over 350,000 people every year.

She was commanded by Lord Nelson, who famously lost his life during the Battle of Trafalgar, a battle which the HMS Victory played a vital role in; helping to secure British victory.

Today she is the flagship of the First Sea Lord, a position she has held since October 2012.

The legacy of the HMS Victory and the important role she played in securing British dominance over the seas has meant that many people and trusts have worked tirelessly to secure her preservation.

The HMS Victory attracts much attention and support from the general public, who are fascinated by the history that surrounds her.

The National Museum of the Royal Navy works to preserve the HMS Victory and allow people to visit her. They are supported financially by the UK government, The National Lottery heritage fund and generous donators from the public such as Sir Donald Gosling.

The Ministry of Defence and Sir Donald Gosling have each donated £25m in their continued support of this beautiful historical ship.

The HMS Victory is currently in Portsmouth, UK. She is maintained as a tourist attraction by the National Museum of the Royal Navy and is a leading symbol of British culture and history.

As a ticketholder, you will be allowed access to and given a tour of the inside of the ship, so it is highly recommended that you visit her should you get the chance.

There are also many kits of the HMS Victory, if you prefer to build the model yourself, which can be found here.

Most significantly, we built a model of the HMS Victory which was used to decorate Trafalgar’s Square, and is now displayed at the National Maritime Museum in Greenwich, London. You can find out more about this project here. 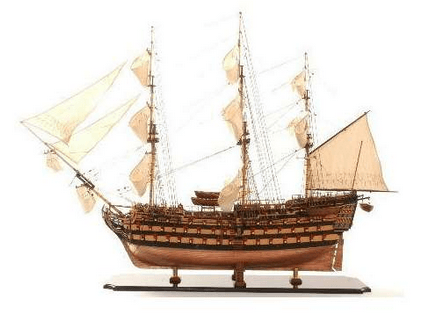 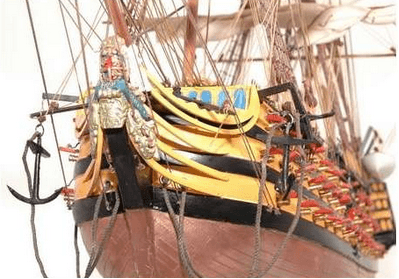 Our models of the HMS Victory 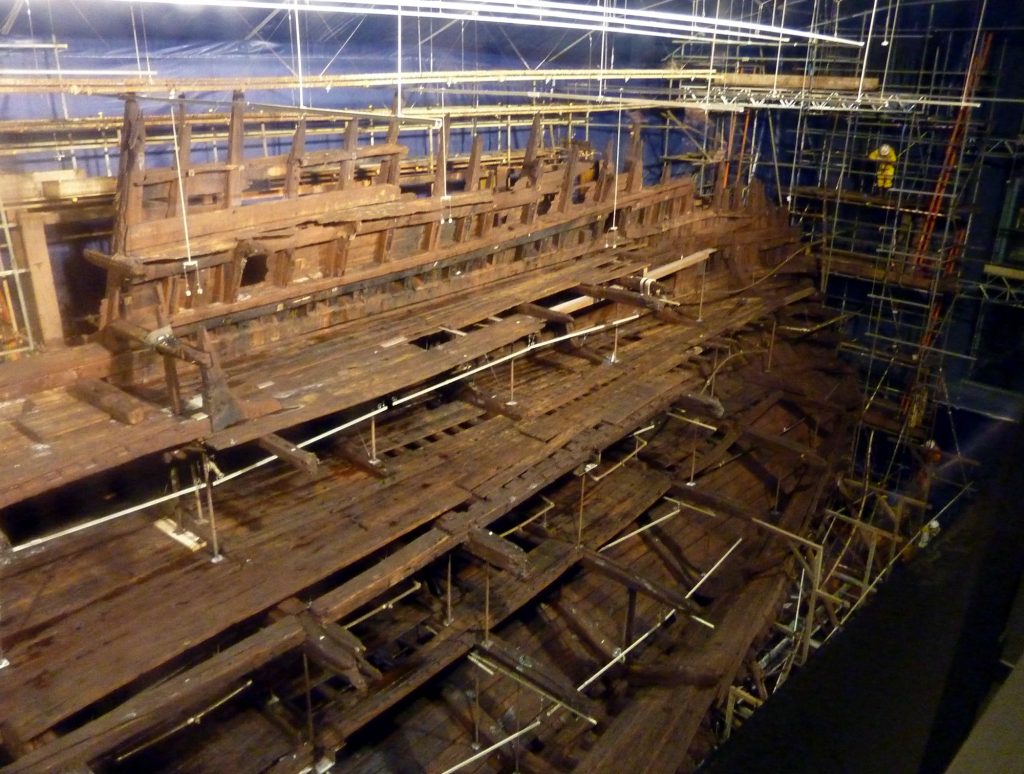 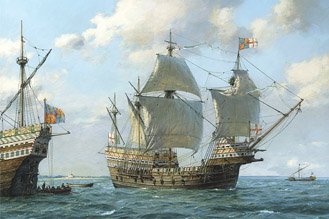 The Mary Rose, pictured in the museum (left), and an illustration of the Mary Rose (right).

The Mary Rose is a famous Tudor era, warship, built in 1510 and launched in 1511. She is well known as being the flagship of Henry VIII and being one of several ships that, at the time, were considered to be extremely advanced and efficient.

The construction and design of the Mary Rose comes in a period when England was constantly under the threat of war, and Henry VIII took many precautions to protect England from invasion. The first and most important of these precautions was the building of several new warships, such as the Mary Rose.

The Mary Rose saw 34 years of service before unfortunately sinking in 1545. The reason for this is disputed however it could have been any of the following; human error, the wind, and overloading.

In October 1982, the Mary Rose was discovered and raised from the sea bed. The world was immediately captivated by the story, and this level of interest and following has continued in to today.

In conjunction with the continued financial support of these organisations, The Mary Rose Trust works extremely hard to maintain and preserve this spectacle of British history, and offer people the opportunity to visit her.

Like the HMS Victory, the Mary Rose also resides in Portsmouth, UK, in the Portsmouth Historic Dockyard. The museum is open all year round with the exception of the 24th, 25th, and 26th of December.

The museum has undergone continued improvements and upgrades, and the newer museum was officially launched in May of 2013.

We offer a handcrafted model of the Mary Rose as part of our standard range, you can find out more about this model by clicking here. 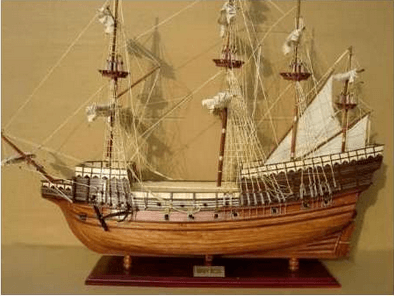 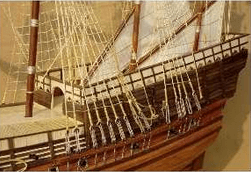 Our model of the Mary Rose 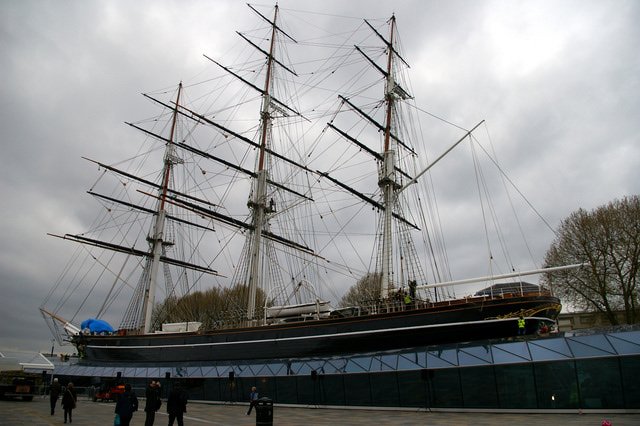 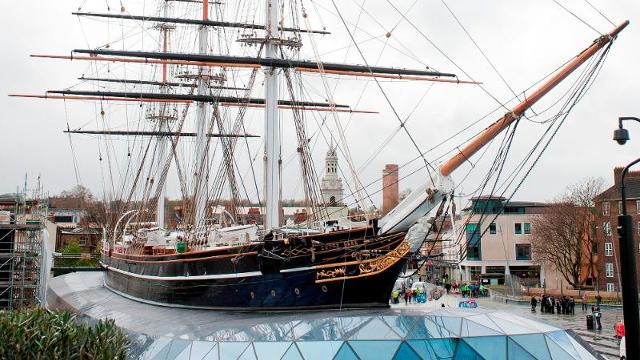 The Cutty Sark is a famous clipper ship launched in 1869. She developed a reputation as one of the fastest clipper ships ever built, operating mainly along the tea trade.

She is well remembered for various reasons, but perhaps most famously, she participated in a race against the Thermopylae clipper ship in 1871 between Shanghai and London.

This ship was one of the last sail powered ships built for the purposes of operating trade routes, as developing technology meant that the shipping industry was rapidly becoming dominated by steam powered vessels.

The Cutty Sark represents the end of a technological era and it is for this reason that her legacy is so well known today.

This historical ship is supported and preserved by The Cutty Sark Trust and the RMG (Royal Museums Greenwich).

The Cutty Sark currently resides in Greenwich, London. In May 2007, there was a fire which spread throughout the ship but was fortunately brought under control and extinguished. The effects of this fire cost the project a lot of time and resources, but thankfully she was restored.

She is a very important part of British and London culture and is regularly visited by the public. The continued support and fascination with this ship is testament to her legacy and her appeal. It is highly recommended that should you ever be in London, you take the time to go and visit her and explore the National Maritime Museum.

We offer 3 handcrafted models of The Cutty Sark that form part of our standard, superior, and premier range.

We also offer multiple kits of The Cutty Sark so that you can build her yourself. Please click here if you wish to view these. 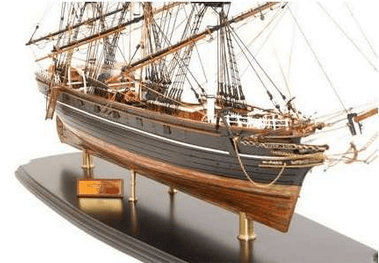 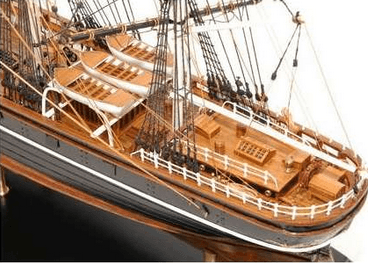 Our models of The Cutty Sark

We encourage you to visit these ships should you ever get the opportunity. Over the next few weeks we will be looking at various ships that have been preserved across the U.S, Australia, and France; so please feel free to return to this blog if you wish to find out more.

We encourage you to support the above organisations by following them through social media (links below) and the links to their websites which we have provided above.