The Success Of Movies That Feature Ships 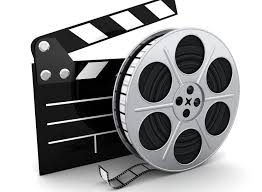 This week’s blog looks at the success of ships, and the stories that surround them, in motion pictures. Whether the film is a romance, action or horror; it seems that films that feature ships perform well on the box office and garner a large following amongst audiences. It is clear from the recent performance in the box office of these films that audiences enjoy the fascinating stories that take place at sea. This blog will explore the most successful of these films and hope to clarify why it is that films set at sea create so much interest amongst motion picture audiences.

‘Master and Commander: The Far Side of the World’ hit cinema screens in 2003 and instantly captivated audiences with its accurate reconstruction of the Napoleonic wars. The film truly brought to life thegruesome, harsh, and frightening conditions that took place on deck during the British war with France in the 1800’s. The ship that the film centres around is the HMS Surprise. The ship used in filming was a replica ship that was based on the design of the HMS Rose, a sixth rate frigate ship constructed during the 1700’s. The replica ship has now been renamed the HMS Surprise following her role in the film and has gained much popularity and interest amongst tourists and film fans. ‘Master and Commander’ was a success with audiences and critics, garnering 10 Oscar nominations and grossing $212 million worldwide. The film proved that historical naval warfare was an interest amongst audiences and that people enjoyed stories that centred on the brave men that fought during these famous wars. The replica ship, the HMS Surprise, played an important role in accurately reconstructing naval battles. The following that the HMS Surprise has gained has shown the level of interest that people have in both this period of history and the ships that were used to fight during these times. 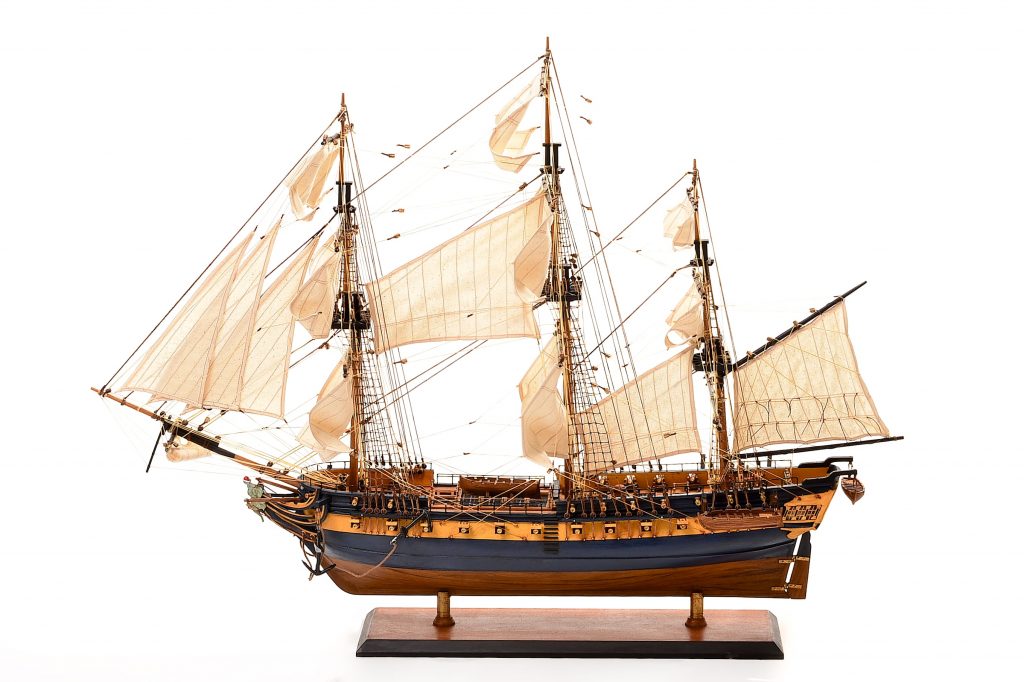 In 1975 Steven Spielberg brought fear and entertainment to film audiences with his thriller ‘Jaws’. Based on the novel of the same name, this film follows the terrifying hunt of a giant shark. The main characters pursue the shark on their boat, the Orca, eventually managing to defeat it.  In combination with the chilling music, fine acting, and believable special effects; ‘Jaws’ managed to keep audiences on the edge of their seats throughout. The film gained much critical appreciation and was, at the time, the highest grossing film of all time with a gross of $470 million. Arguably, the suspense of ‘Jaws’ is created by the helplessness of the characters involved. In being at sea, the shark has an advantage over humans. The vastness of the ocean is what creates the most tension in this movie. The audience feel relaxed when the characters are on shore, since they are safe here, but as soon as they journey in to the sea they are at risk. This film does a terrific job of highlighting the danger and endlessness of the sea and how, in general, people feel much safer on land. The ship that the characters use in this film is called the Orca and has become an icon. Due to the success of the film and the legend it has left behind; this boat is often remembered as the only thing that kept Hooper, Quint and Brody from certain death at the hands of the terrifying animal they were out to hunt. 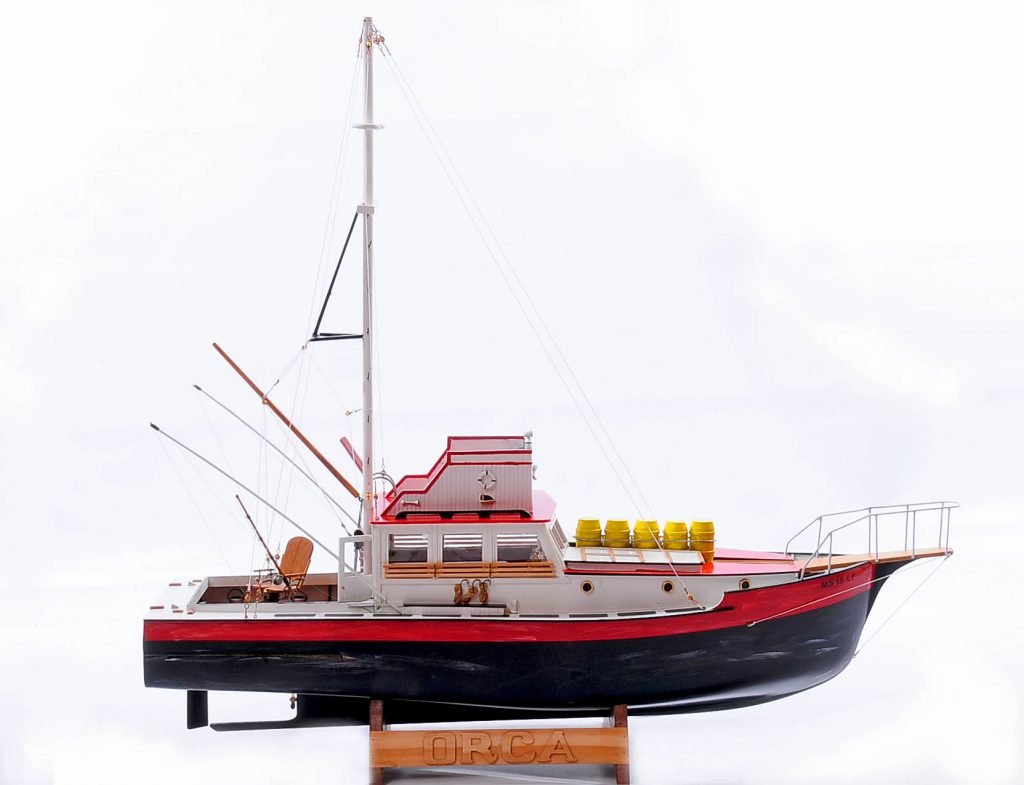 Disney struck gold in 2003 when their film ‘Pirates of the Caribbean: The Curse of the Black Pearl’ was released. Based on their already popular theme park ride, this film was the first in a series that would go on to gross a massive $3.7 billion. The success behind these films lies in the fantasy and spectacle of a life at sea. Consisting of four films in total, the majority of this series is set at sea. The first film introduces ‘The Black Pearl’, a pirate ship that goes on to be the flagship of the first three in the series. ‘The Black Pearl’ is played by Sunset, which is a replica ship that went on to play Queen Anne’s Revenge in the final movie. The films have also served the purpose of reigniting people’s interest in the mythical legend of Davy Jones and the ship ‘The Flying Dutchman’. This ship features heavily in the later movies. Alongside the two pirate ships, there are multiple appearances of Royal Navy ships throughout all four movies, including the HMS Interceptor and the HMS Endeavour. The Lady Washington is a replica ship that was used to represent the HMS Interceptor in the first movie, and the ship HMS Surprise from Master and Commander was used to represent the HMS Providence in the final movie. The success of the ‘Pirates of the Caribbean’ series can be put down to the accurate reconstruction of the life as a pirate and the adventures they went on during this period of history, drawing the audience in. But perhaps what most audience members find captivating is the way in which all the characters of these movies spend their lives at sea, and the freedom and adventure that comes with this. The series, one of the highest grossing of all time, has rejuvenated popularity in this era of history. The theme park rides that Disney offer alongside the series have become popular destinations for many audience members. Overall, the series has increased interest amongst audiences in this particular genre and has also proven that films based entirely at sea can be massively successful. 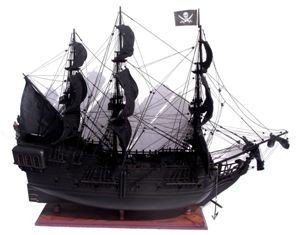 Finally, perhaps the most famous of all the movies discussed so far, is ‘Titanic’, released in 1997. ‘Titanic’ is a James Cameron romantic disaster film based on the non-fictional disaster of the ship the RMS Titanic. Famous by legend, and perhaps even more so following the movie, this ship’s fate is known by many. The success of this film really lies in the time and effort that has gone in to reconstructing the Titanic and presenting a realistic image of what Titanic would have been like on screen. Audiences feel like they are really there, developing an emotional attachment to both the ship, and the characters, that makes the experience even harder when the inevitable happens. Following the film’s release, it went on to gross $1.8 billion and earn 14 Oscar nominations, 11 of which it won. In 2012, to mark the 100 year anniversary of the sinking, it was released in 3D, increasing its total gross to $2.1 billion. The highest grossing film of all time until it was overtaken by Cameron’s own Avatar, ‘Titanic’ is hugely successful. Audiences are not only captivated by the tension and dramatics of the actual disaster; but they are initially drawn in by the characters, their experiences, and the social differences between them. This film is so successful with audiences because it draws them in using the spectacle of the ship itself. This movie is entirely based on, including the name, a ship. A ship which is so accurately represented on screen, down to the greatest attention to detail, that audiences feel like they are truly part of the disaster itself. The movie which, bar two or three minutes at the beginning, is set entirely at sea; holds an audience’s attention and further proves that ships can be massively entertaining. 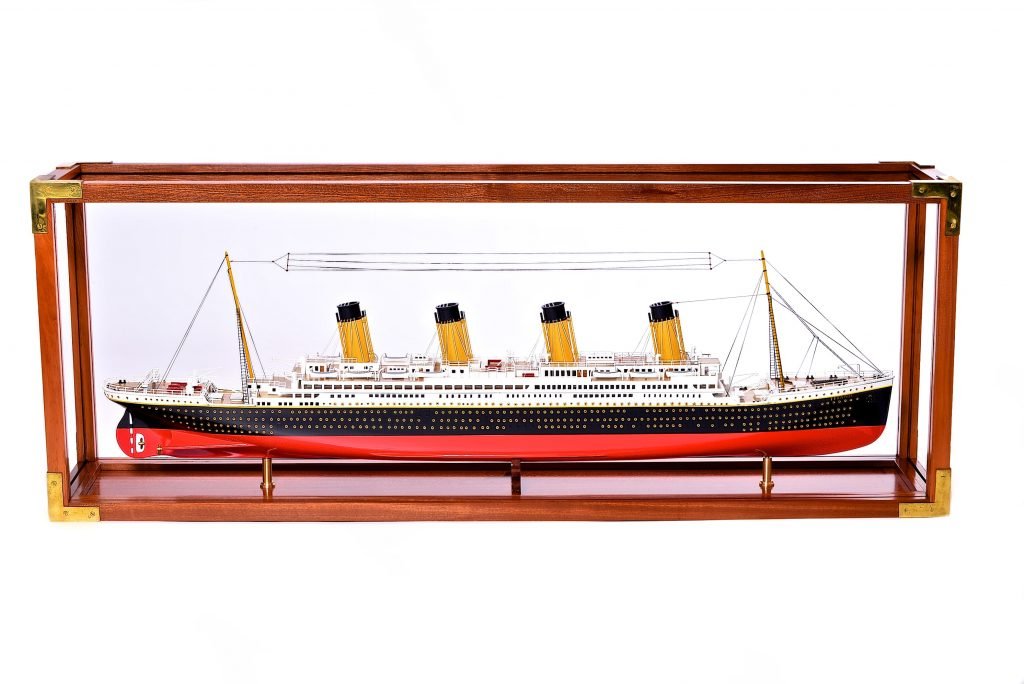 From looking at these four films, it is clear that movies centred on ships and the seas have a positive impact on audiences. Both ‘Jaws’ and ‘Titanic’ became the highest grossing films of all time, at the time of their release; and today occupy two of the top 10 spots for highest grossing films (when adjusting for inflation).  ‘Pirates of the Caribbean’ is one of the highest grossing movie series of all time and was the first movie series to have an individual movie gross over $1 billion. Between them they have garnered 38 Oscar nominations, 14 for ‘Titanic’, 10 for ‘Master and Commander’, 10 for ‘Pirates of the Caribbean’, and 4 for ‘Jaws’; proving that all four films are a hit with both audiences and critics. Between them they have grossed $6.4 billion dollars worldwide. Whether it is the frightening element of the endless seas, the legend of the disaster it is based on, the fantasy and adventure of pirates, the freedom of open waters, or the historical aspect; films about ships and the sea have proven to be, and will continue to prove to be, highly popular with audiences and critics; keeping the interest in ships and the sea alive for a long time.