After 107 years, Sir Ernest Henry Shackleton’s ship, HMS Endurance, has been found in the depths of the Antarctic Ocean. The wreckage’s condition is surprisingly pristine, regardless of the fact that it currently lies at a depth of 3,008 metres, and has done for more than a century.

It was found at the bottom of the Weddell Sea by a group of scientists, after a project had been mounted by the Falklands Maritime Heritage Trust (FMHT). They used an Agulhas II equipped with remote-controlled submersibles, and this particular icebreaker is from South Africa. Back in 1915, HMS Endurance was crushed by a block of sea-ice, and subsequently sank. It forced Shackleton and his accompanying crew to escape on foot and via small boats. They had no other choice but to leave the ship behind.

One of the marine archaeologists who was part of the expedition arranged by the FMHT, Mensun Bound, said, “Without any exaggeration this is the finest wooden shipwreck I have ever seen – by far… It is upright, well proud of the seabed, intact, and in a brilliant state of preservation.” 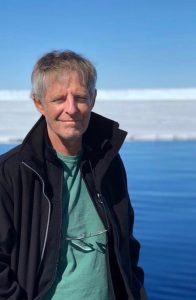 The timbers remain mostly together, albeit a little disfigured and discoloured. On the stern, the name ‘Endurance’ is still as bold and proud as ever. Its discovery is already one of the greatest in history, not just due to the significance of the ship, but also because of the incredibly harsh conditions and difficult location.

Leader of the expedition and veteran polar geographer, Dr John Shears, labelled the find as ‘jaw-dropping.’ He also said, “We have successfully completed the world’s most difficult shipwreck search, battling constantly shifting sea-ice, blizzards, and temperatures dropping down to -18°C. We have achieved what many people said was impossible.” (Credit: https://www.bbc.co.uk/news/science-environment-60662541  )

- See Above: The green line represents the ice drift to Elephant Island after Endurance sank, and the wreckage was found in the Weddell Sea.

For more than a fortnight, the submersibles had delicately combed through a pre-established search area. They investigated multiple points of interest, before locating the site of the wreckage on Saturday 5th March 2022. Conveniently, this day was also the 100th anniversary of Sir Ernest Shackleton’s funeral, and so serves as a timely testament to the Antarctic explorer.

In the days since the discovery of Endurance’s wreckage, scientists have started making a detailed photographic record of the timbers, the hull itself and the surrounding debris. The wreckage is actually now a designated monument under the international Antarctic Treaty. Therefore, disturbing the wreckage in any way is absolutely prohibited, and as a result of this, no physical artefacts can be surfaced.

Endurance itself is much the same as when it was last photographed in 1915 by Frank Hurley, Shackleton’s filmmaker. The masts are still down, the hull is intact for the most part, although the rigging is a tangled mess due to the currents. Where damage is evident is on the bow of the ship, from where it collided with the seabed and has been dragged back and forth. The submersibles were even able to spot some smaller items such as boots and pieces of cutlery, and the anchors remain with the wreckage. 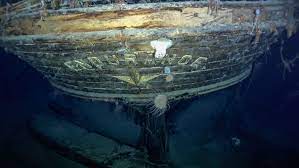 See Above – The wreckage of the Endurance

As previously mentioned, the ship’s name is still visible across the stern, beneath the taffrail. Underneath the name is Polaris, the star which the ship was originally named after. Even Shackleton’s cabin remained intact, with the porthole looking as good as new. The high-state of preservation is likely due to the extreme cold temperatures, and lack of biodiversity at such depths beneath Antarctica.

Overall, the discovery of Endurance’s wreckage is a key-point in maritime history, and the achievement is nothing short of incredible. Preserving Shackleton’s legacy was always missing that one little piece, but now that it’s been found, the story can be finished whole.