This week, the Harmony of the Seas sailed out of Southampton Harbor to the awe of many adorning eyes. At a length of 361 meters and a passenger capacity of 6,780, she is now the largest floating cruise ship in the world.

In this blog, we ask the question of to what extent the Harmony of the Seas is a first of its kind? Does the ships size and facilities available eclipse those before it, or is it just a small step up the ladder of the growing capacity of modern day cruise ships?

Royal Caribbean International, a Norwegian-founded cruise line company based in Miami is responsible for the design and production of the Harmony of the Seas. They have gained increasing public recognition and media attention over the past 30-40 years for creating bigger and better cruise ships from model to model.

In 1978, they launched Song of America, which was over twice the size of the previous model Sun Viking. In fact, 8 out of 10 of the worlds largest cruise ships all belong to Royal Caribbean International, demonstrating both their ability and desire to complete things on a big scale.

So just how big are the worlds biggest cruise liners?

1. The Harmony of the Seas 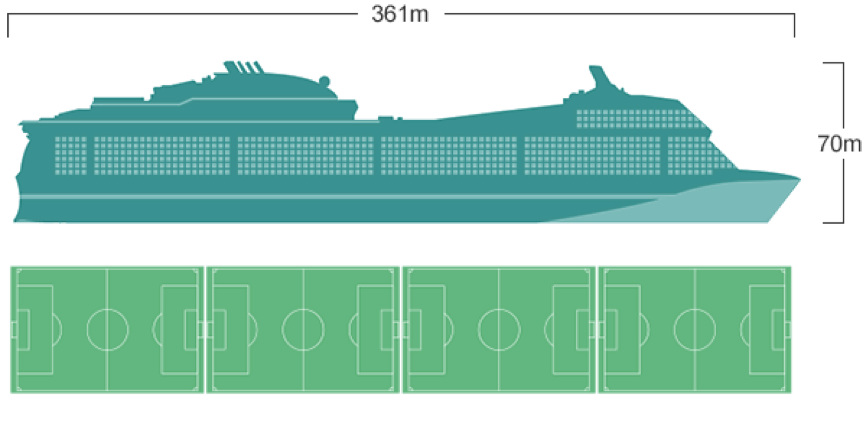 At 361 meters long and 70 meters high, she is the largest cruise ship in terms of both length and height. She is also the largest by gross tonnage, beating her nearest competitor by other 1,700 gross tonnes.

Her passenger capacity is 6,360 at maximum and her equivalent length is that of 4 football (soccer) fields. She boats the like of 20 restaurants, 23 swimming pools and 11,252 works of art.

2. Allure of the Seas

The 6,296 passengers she holds all have access to luxury facilities including an aquaroom, zip-line, champagne bar, casino and a central park.

3. Anthem of the Seas

Royal Caribbean International continues to dominate the list of biggest cruise ships, with the next entry being Anthem of the Seas. This ship measures at 1,139 feet, which is taller than The Eiffel Tower. Her passenger capacity reaches 4,905 people at maximum, quite a step down from Allure of the Seas. Her decks host a whole range of luxurious features, including a restaurant from Jamie Oliver! She has two sister ships, Quantum of the Seas and Ovation of the Seas, both from Royal Caribbean. 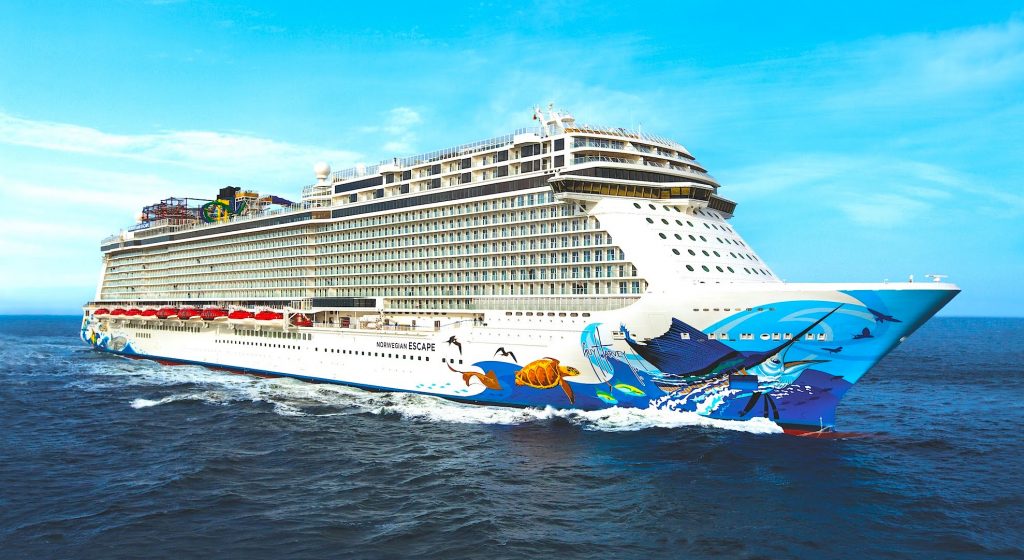 The next ship in the countdown breaks the chain of Royal Caribbean International’s dominance. Another Norwegian company called Norwegian Cruise Line Holdings makes this cruise liner. As you can tell by this point in the article, the renown of Norway’s maritime industry is no myth. This spectacular vessel measures at 1,098 feet, just 44 short of the smallest ship in the Anthem/Quantum/Ovation series above. Life on board offers 24-hour room service, a French bistro café and a steakhouse.

5. Liberty of the Seas 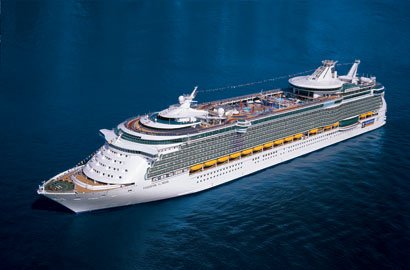 The brief disruption of Royal Caribbean International’s hold over the top 5 largest cruise ships swiftly comes to an end, as their 2013 model Liberty of the Seas takes the fifth spot. Measuring at 1,112 feet she is actually longer than the Norwegian Escape, but over 10,000 gross tonnes less in weight, which is the measure we are using to determine what is biggest. This ship is just as grand as those listed above, with a champagne bar and spa.

Royal Caribbean International has been responsible for creating some of the largest cruise liners in the world. Soon, MSC Cruises is set to shake this up with the release of their newest ship, the MSC Meraviglia. It will measure at 315 meters in length, which is shorter than the RCI fleet. However, it has a gross tonnage of 167,000, bigger than RCI’s Anthem/Quantum/Ovation series. This put’s it at number 3 on our list, a big leap for MSC. We are very excited about seeing it.

Have you been on any of the ships in our list? We’d love to hear about your cruise stories in the comments section below.