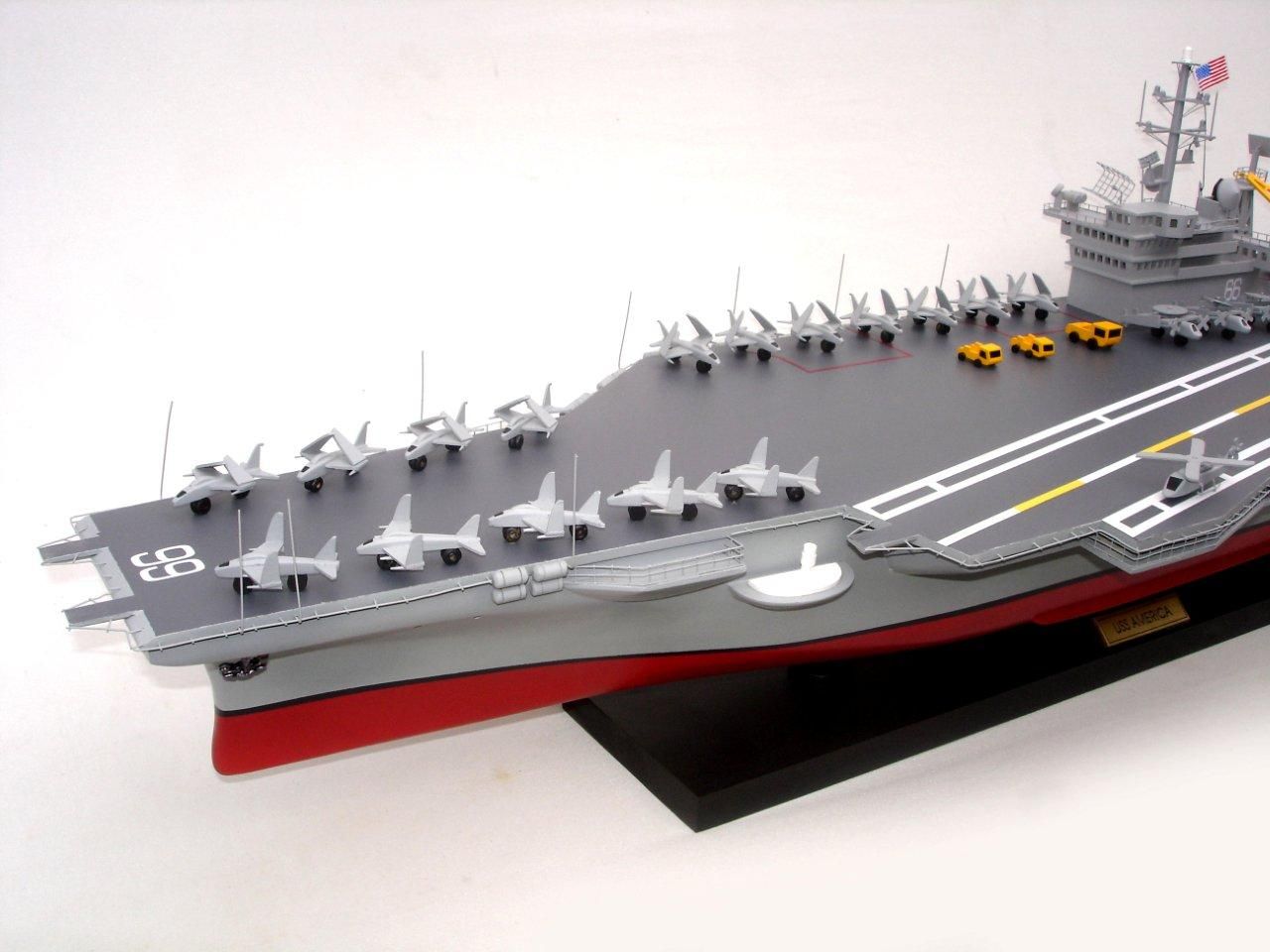 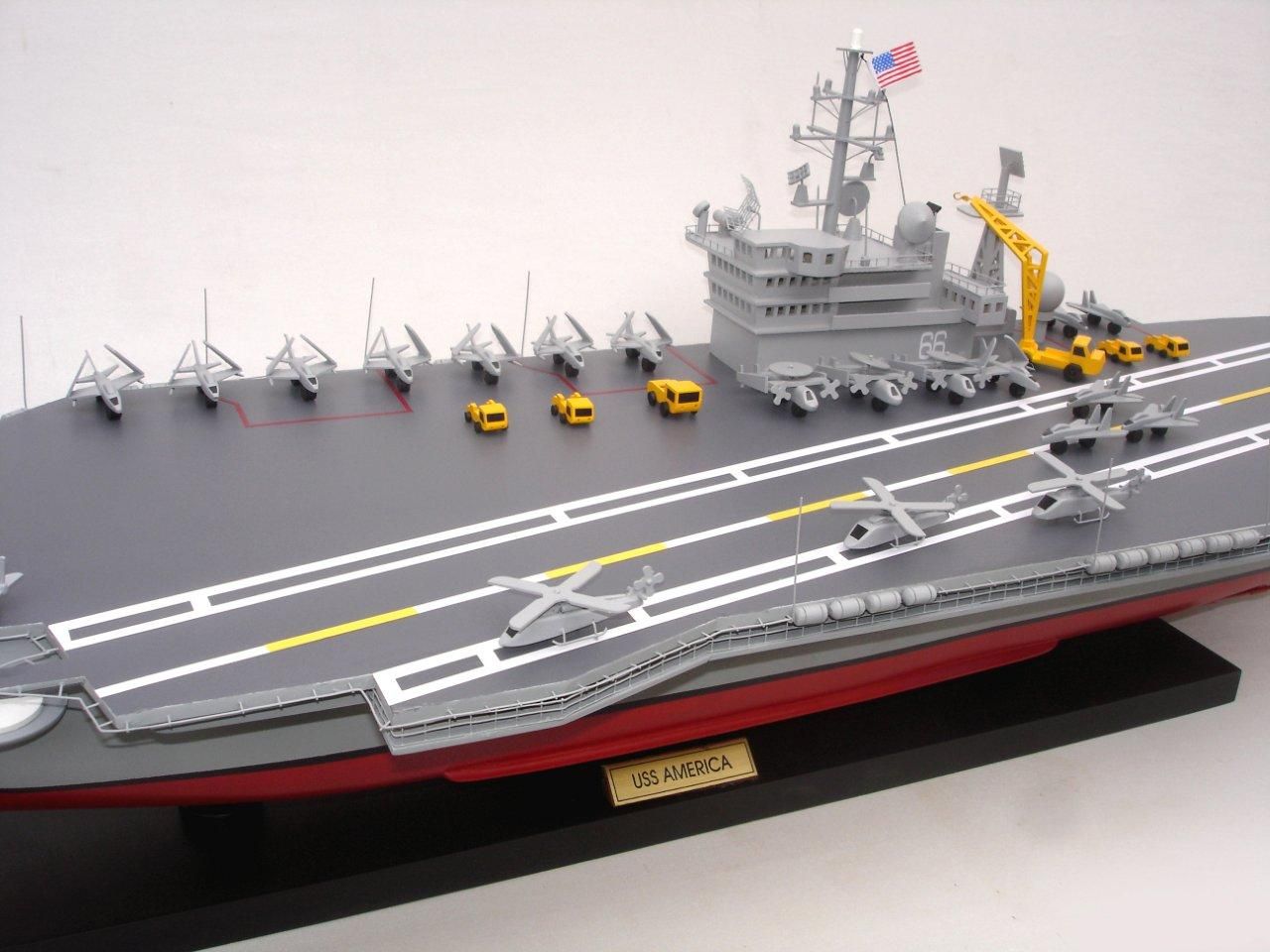 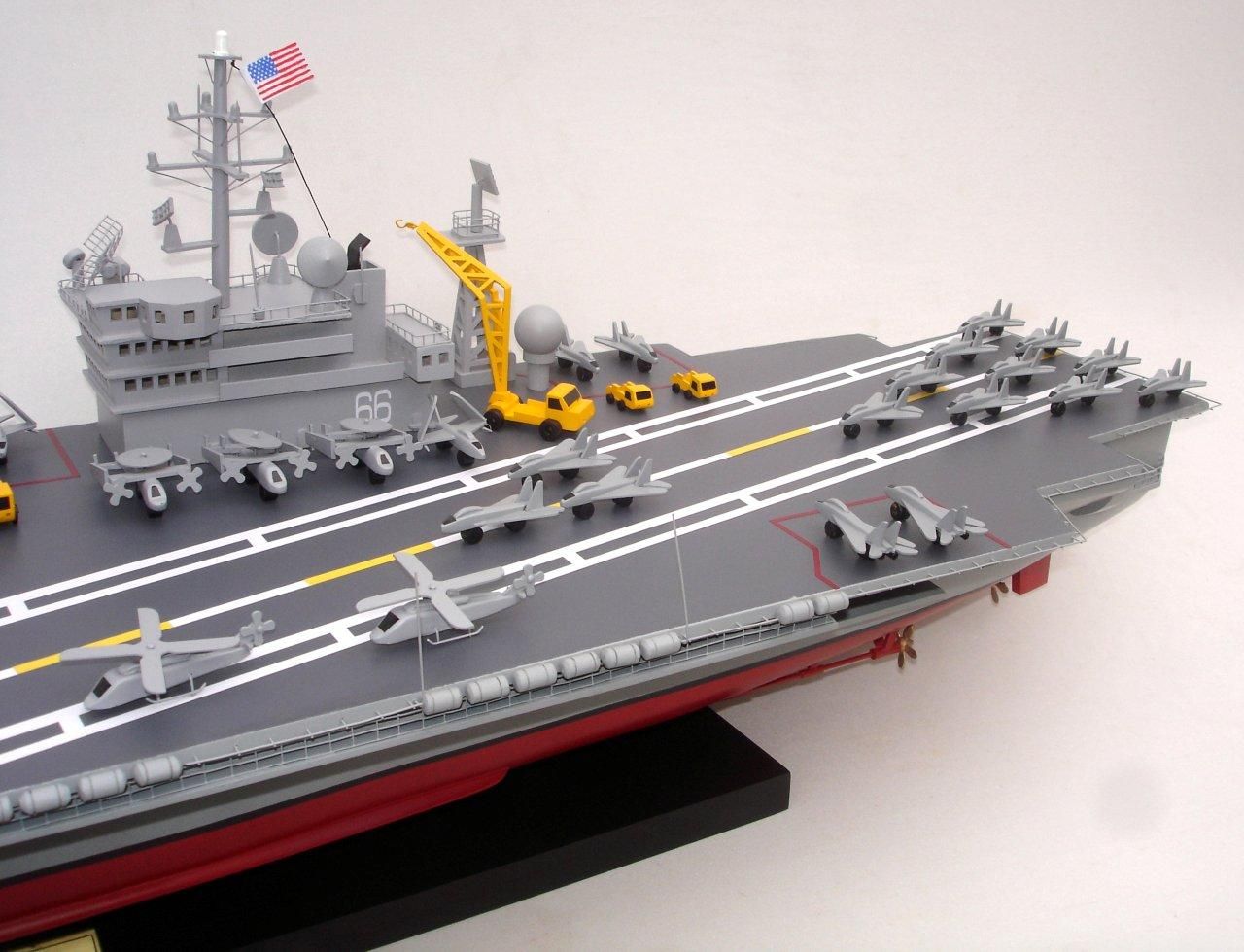 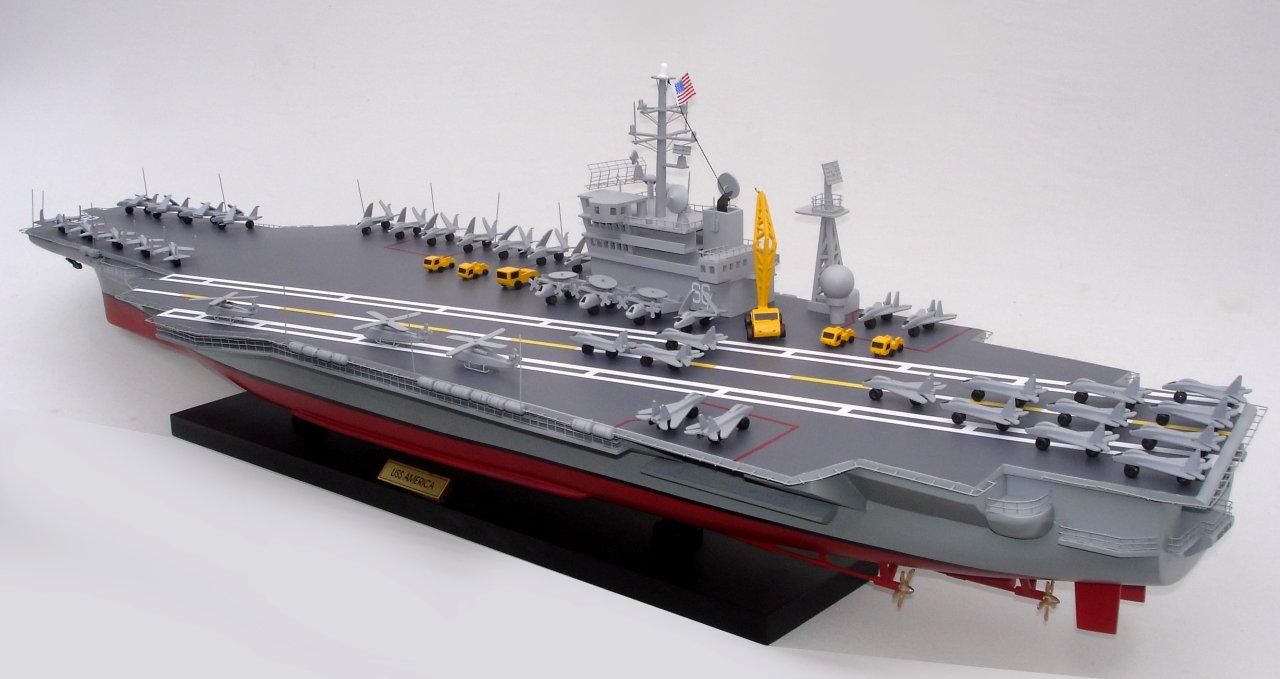 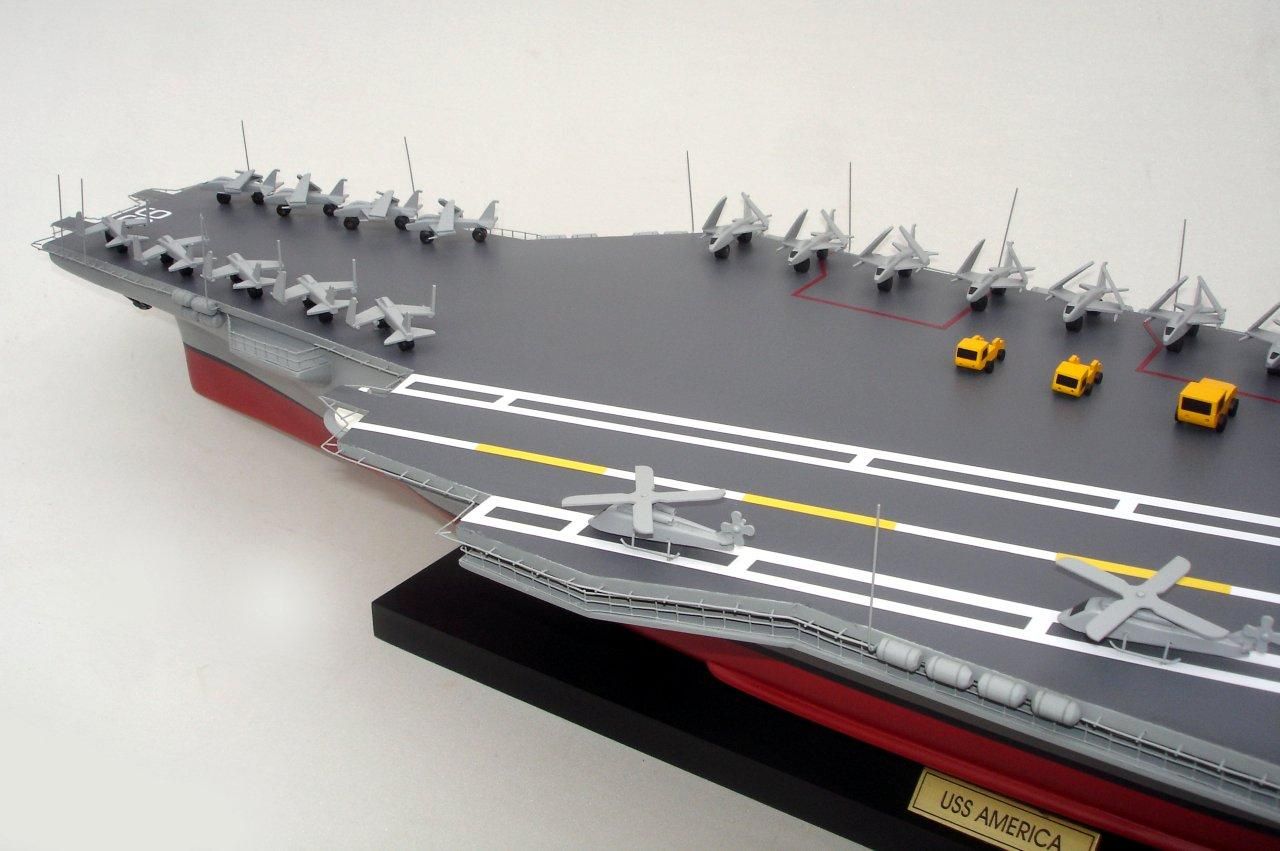 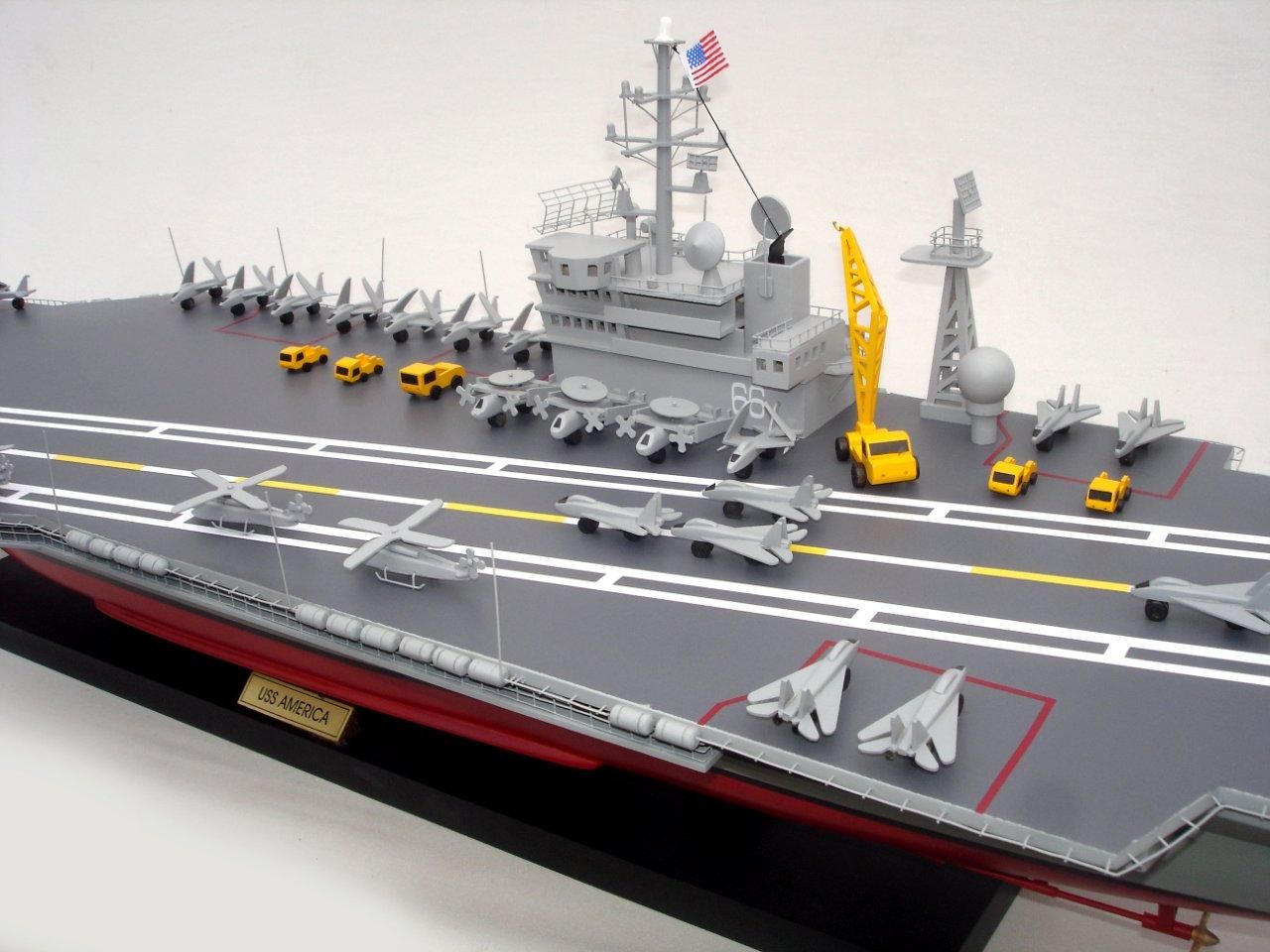 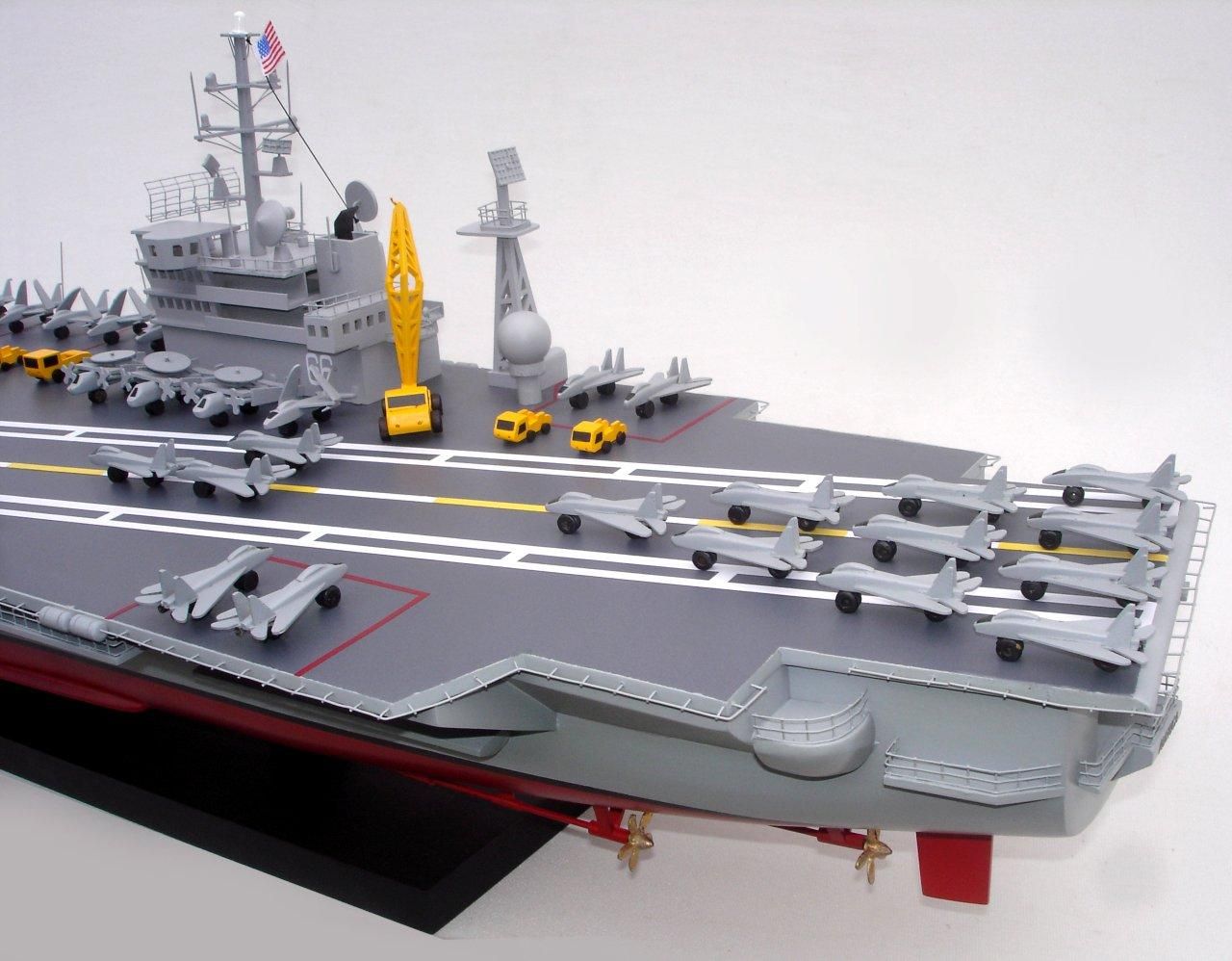 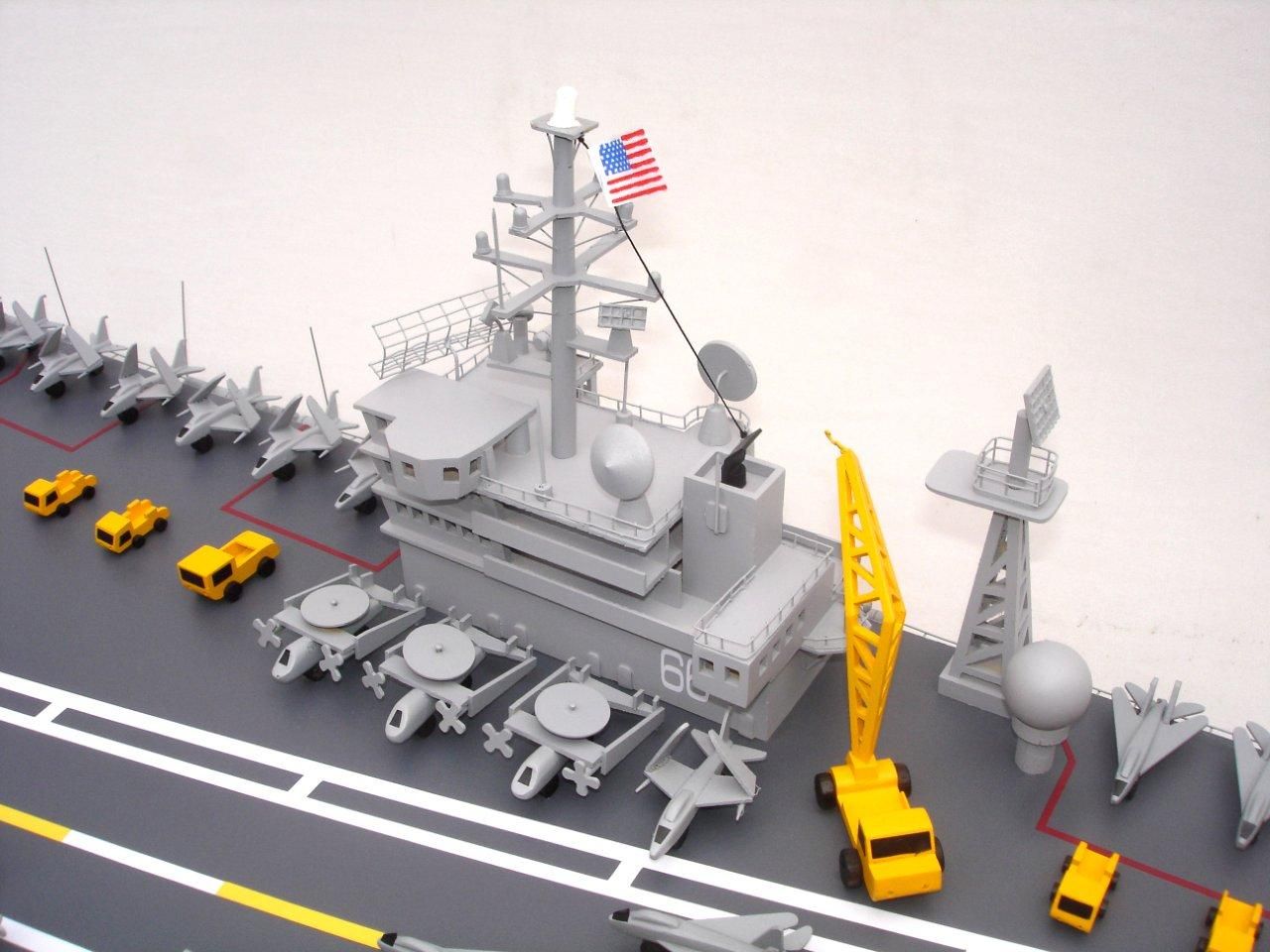 USS America was one of three Kitty Hawk-class supercarriers built for the United States Navy in the 1960s. She spent most of her career in the Atlantic and Mediterranean, but did make three Pacific deployments serving in the Vietnam War. She also served in the Persian Gulf War’s operations Desert Shield and Desert Storm.

USS America was the first large aircraft carrier since Operation Crossroads in 1946 to be expended in weapons tests. In 2005, she was scuttled southeast of Cape Hatteras, after four weeks of tests, despite a large protest of former crew-members who wanted to see her instituted as a memorial museum. She was the largest warship ever to be sunk.

The Aircraft Carrier USS America CV-66 Ship model is part of wide range of magnificent models from Ghia Nein offered at Premier Ship Models. Ghia Nein are renowned for their craftsmanship. An artisanal business with over twenty years experience, using locally sourced exotic woods and resources to produce exquisite hand-crafted models. Based in Vietnam this family artisanal workshop ensures that each model is of high quality and are accurate replicas of original ships.  Get this wonderful model of the Aircraft Carrier USS America CV-66 Ship today, to sit proudly as feature in any room.