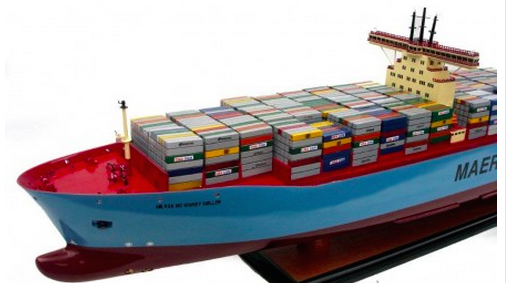 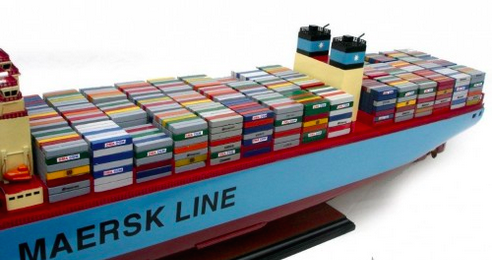 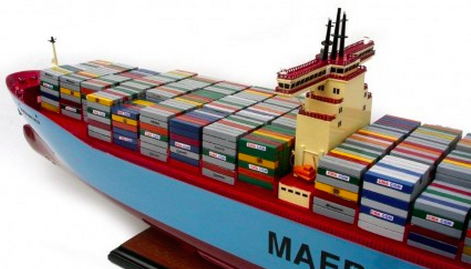 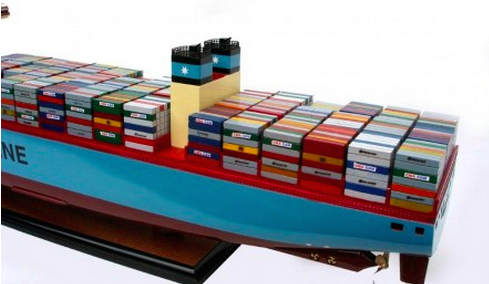 Maersk MC. Kinney Moller is the main ship of Maersk’s Triple E class of container vessels. It was built in 2013 and at that time she featured the largest cargo capacity in Twenty-foot equivalent unit (TEU) of any container ship. The Kinney Moller was the longest container vessel in service on a global level. The popular ship was made by South Korea’s Daewoo Shipbuilding & Marine Engineering. The vessel entered in service in July 2013. She was named after the CEO of Maersk who served the company from 1965 to 1993. The ship is replicated into 20 identical vessels and she is the first of all of them. When the construction of the ship was completed, she became one of world’s largest and most efficient operational container vessels.

Her length is 400 metres (around 1,300 feet) including the cargo capacity of 18,270 TEU containers. She has fuel-efficient engines and the maximum speed of the vessel is 23 knots, which reduces the fuel consumption of the ship and the emissions of carbon dioxide by 20 percent as compared to other efficient cargo vessels. One of the popular shipping analysts Richard Meade declares that it is perhaps the most inefficient ship ever built when half-loaded, as the efficiency of the vessel is reduced severely if it is not completely loaded due to its huge size and high-cost. Usually, the ship has a crew of 19 members and accommodations for 34 people. The ship is still in service.

Details of the Model Ship

Our top construction ensures excellent longevity. The colour scheme of the model Maersk MC. Kinney Moller is carefully matched to the original container vessel. You can use this model ship as a unique point of engagement in the living room. Not only, we deal in contemporary boats, we also create exact replicas of ancient, traditional and historical ships. We ensure that every model reaches our clients quickly and securely.

Sorry we have no extra information for this product
This Vessel Type is Container
Copyright © 2021. UK Premier ship Models. All Rights Reserved.