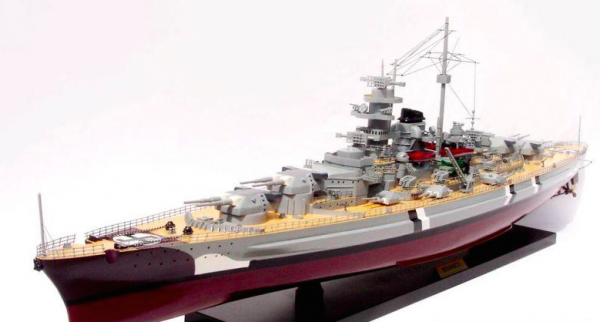 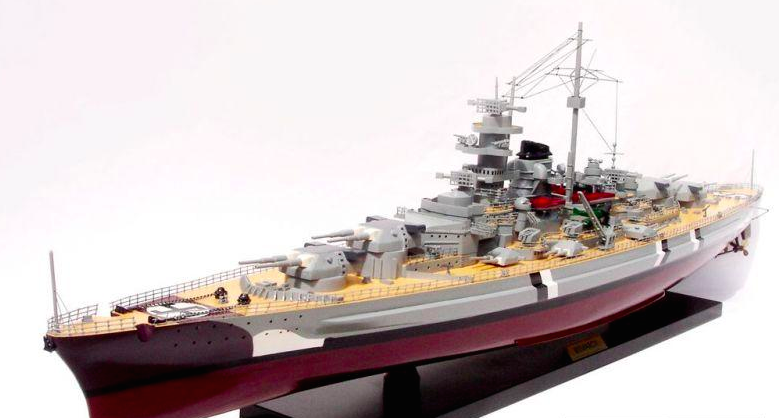 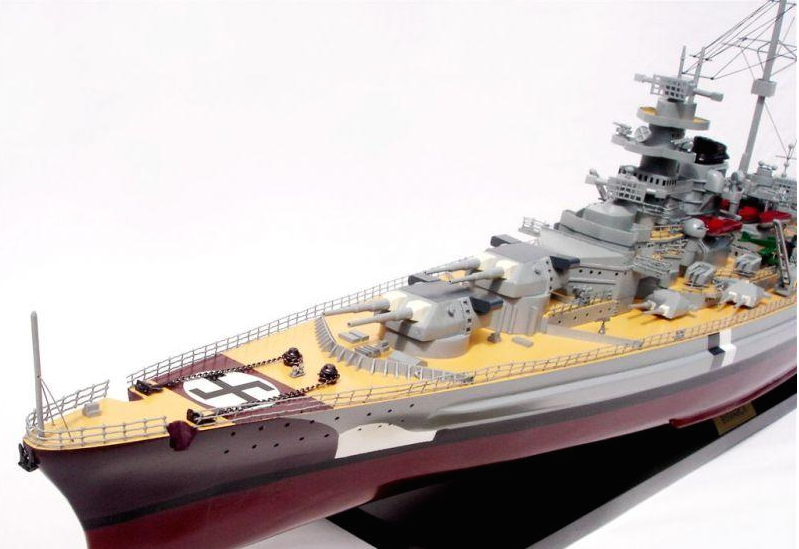 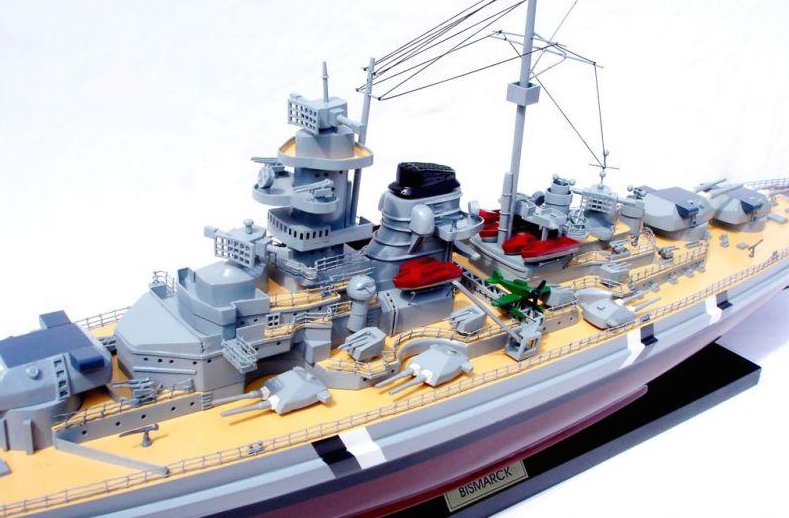 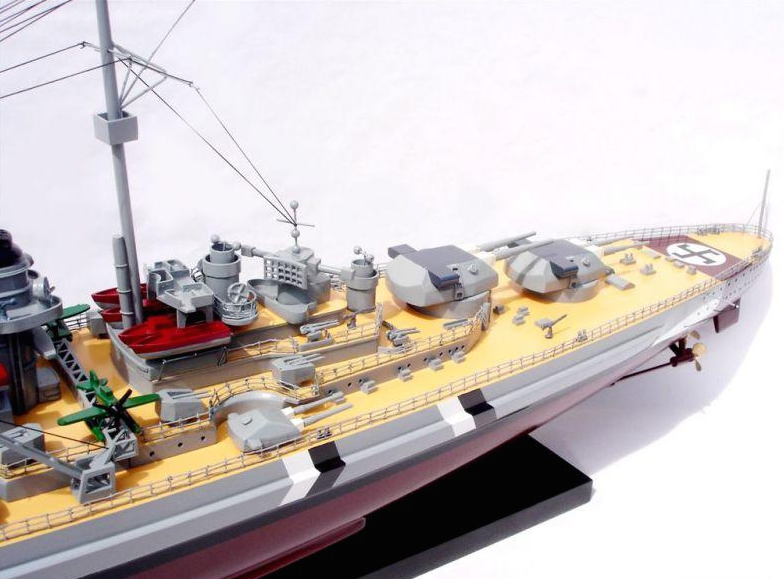 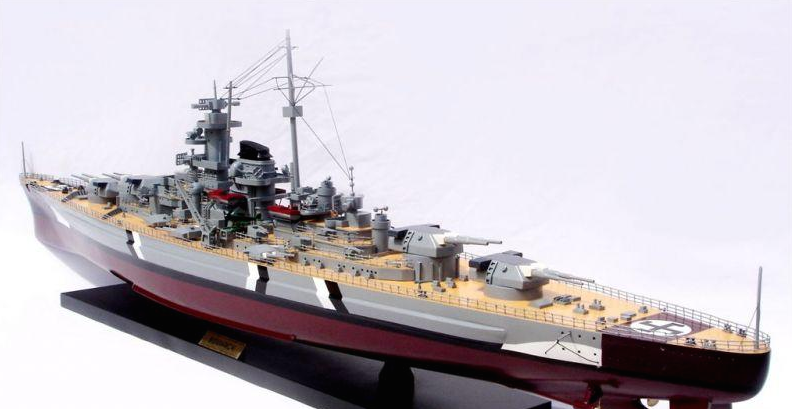 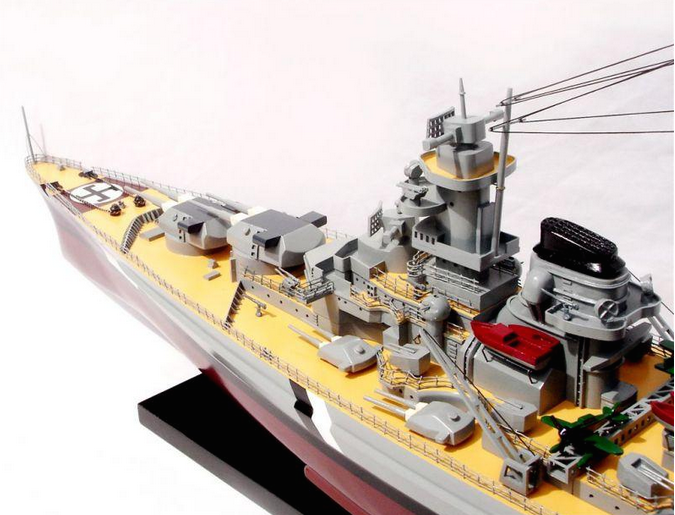 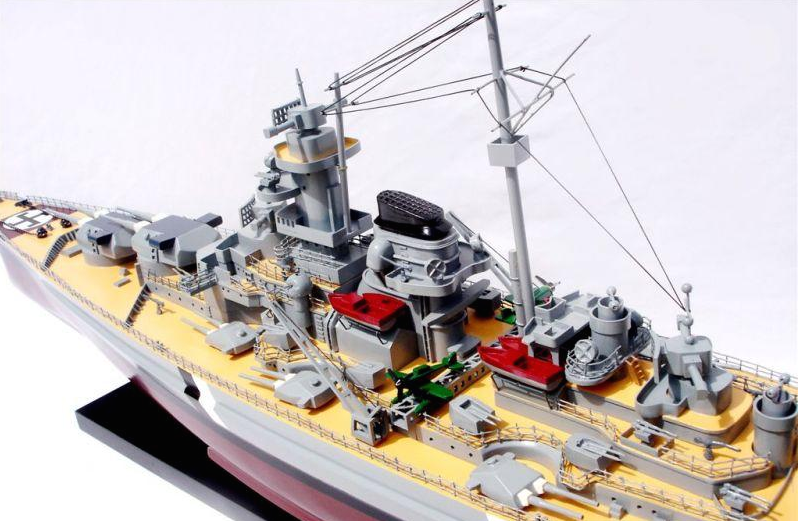 Bismarck was built for the operator Kriegsmarine of Nazi Germany – a period in German history from 1933 to 1945 governed by Adolf Hitler and the Nazi Party. She was named after the Chancellor Otto von Bismarck, who was responsible for the unification of Germany in 1871. The battleship was laid down in July 1936 at the Blohm & Voss shipyard in Hamburg, Germany. However, it was launched in February 1939. She was the first ship of two Bismarck-class battleships. Bismarck and her sister ship “Tirpitz” were the largest warships ever built by Germany. Not only this, both the ships are also two of the largest battleships ever built by any European countries.

Bismarck participated in only one attack operation, which was conducted in May 1941 with a codename “Rheinübung”, during the eight month of its service under the captainship of Ernst Lindemann. At the Denmark Strait Battle, the ship destroyed the HMS Hood, the pride of the Royal Navy, and persuaded the warship HMS Prince of Wales to depart.  Unfortunately, the ship was hit thrice, which led to a ruptured tank, causing oil leak.

After some days, the battleship was attacked by Fairey Swordfish biplane torpedo bombers from HMS Ark Royal making the steering gear of the warship inoperable. The next morning, Bismarck was neutralised by a constant attack from a British fleet. She was destroyed by the crew of the same British fleet and it sank. Historians believe that the damage she got from the war would have caused her to sink ultimately. However, its wreck was discovered in June 1989 by Robert Ballard.

Details of the Model Ship

We offer models of popular ships such as Mega-yacht, Super-yachts, Fishing boats and other sailing boats. We also build custom boat models according to the specification given by our clients. Our top construction ensures excellent durability. With the help of our creative building plan, we are capable of building any ship model accurately.