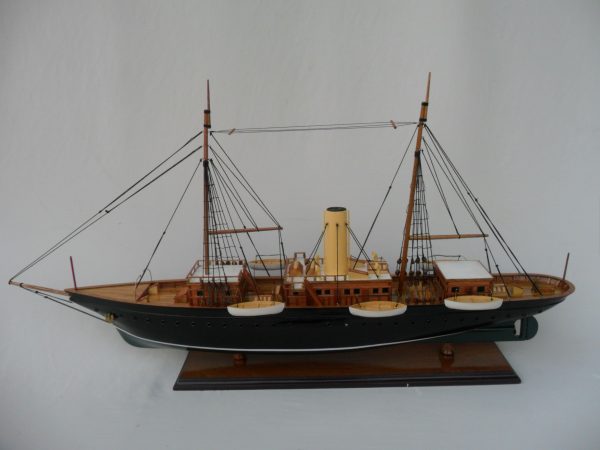 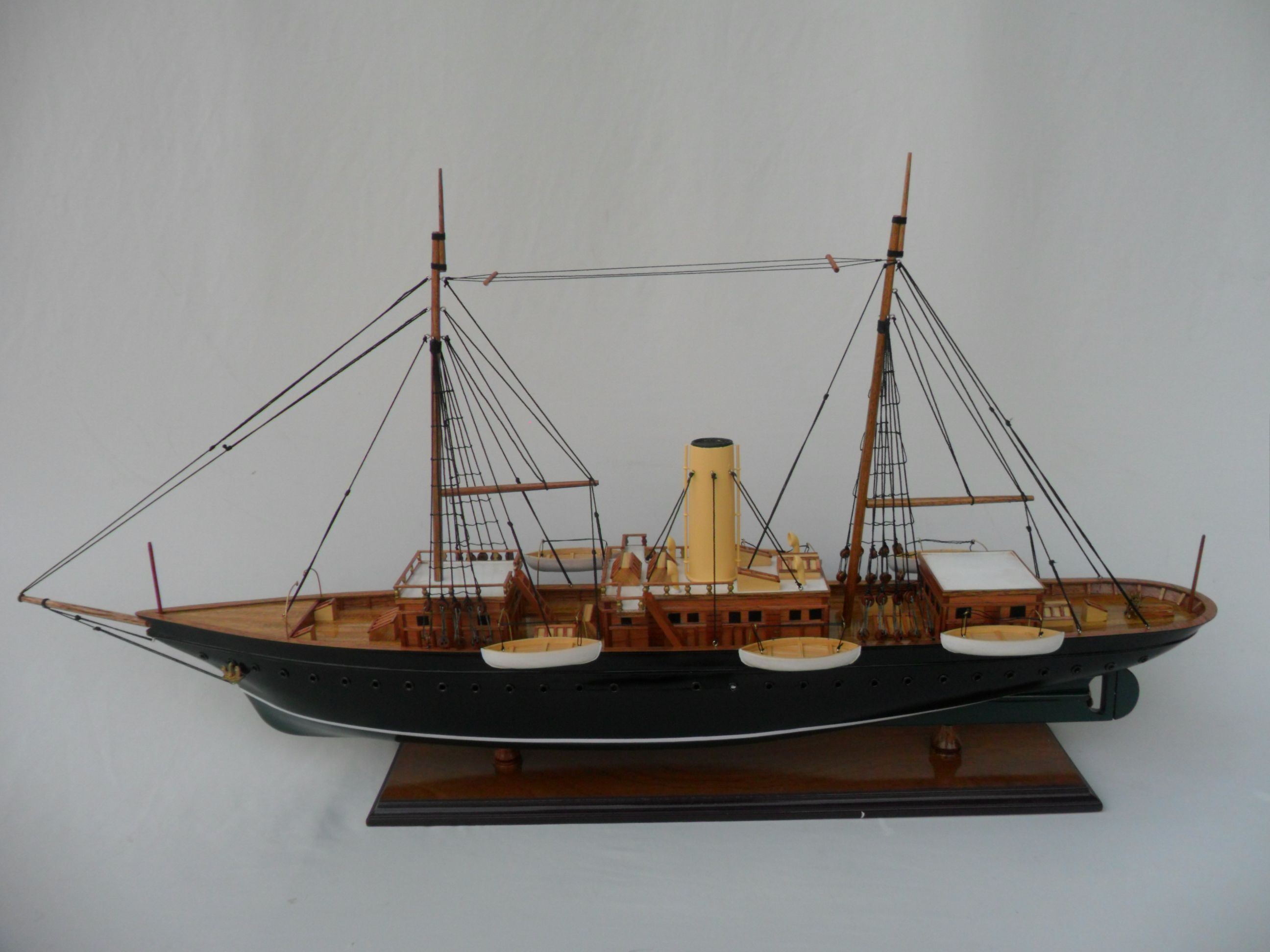 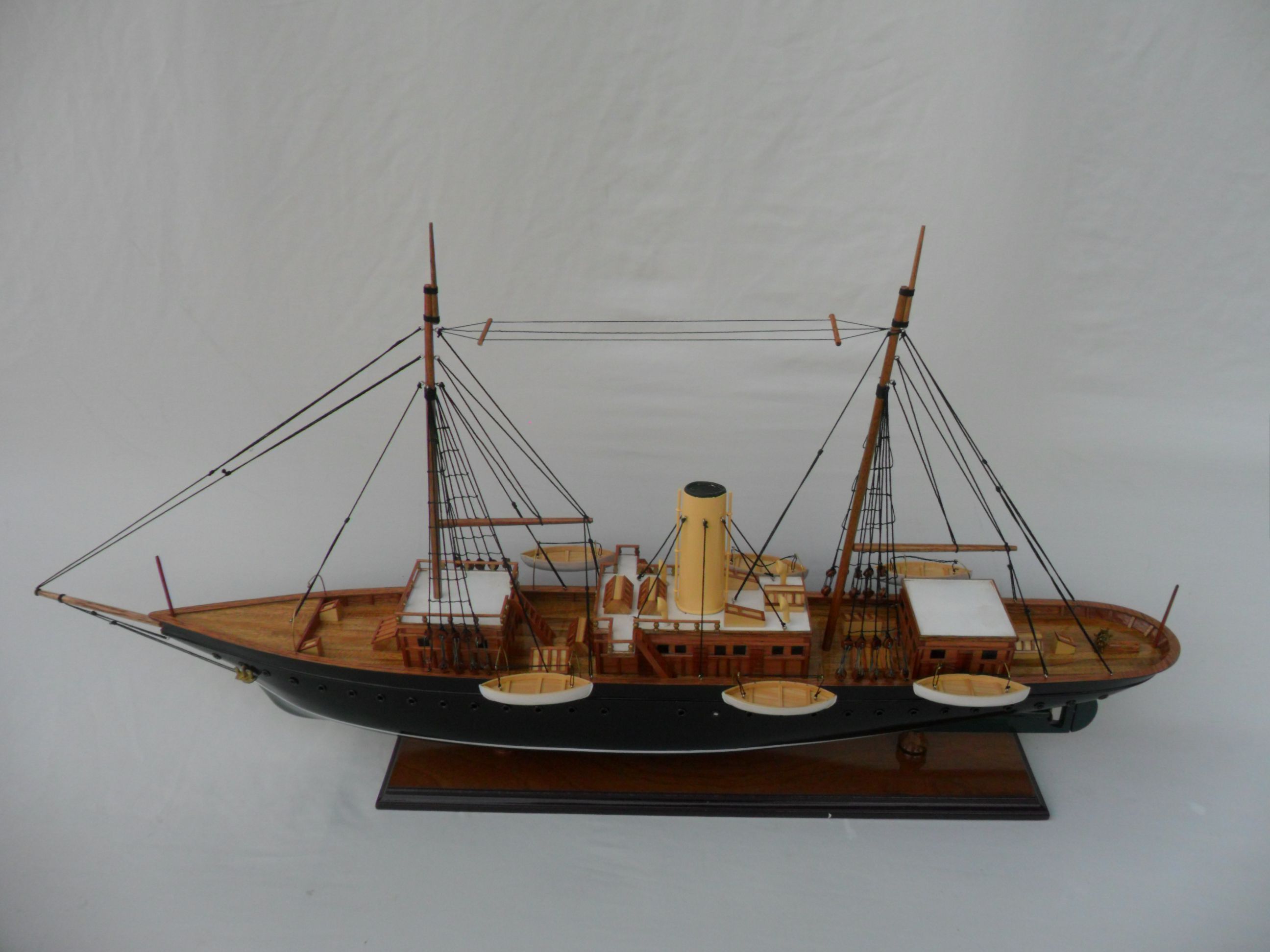 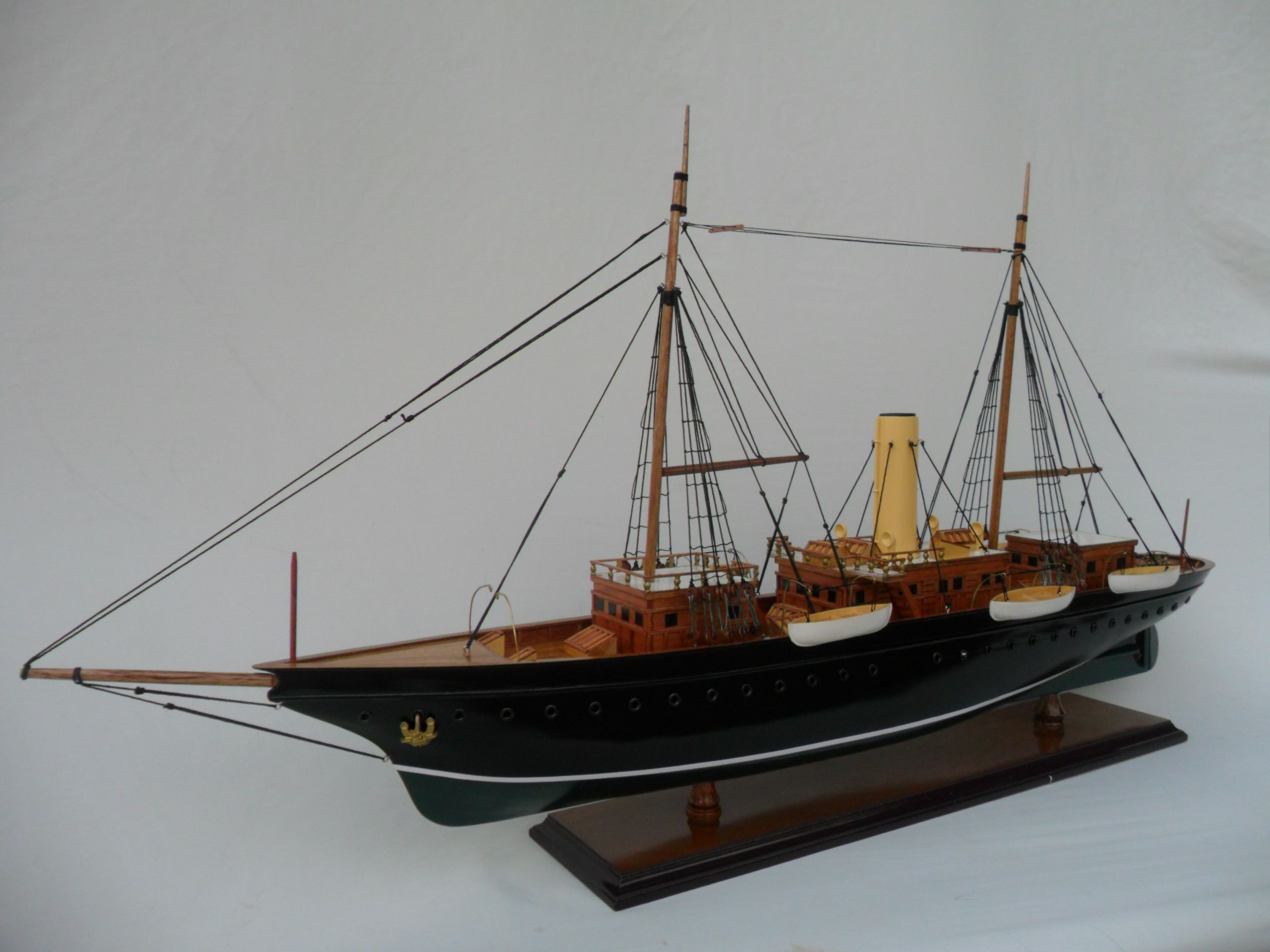 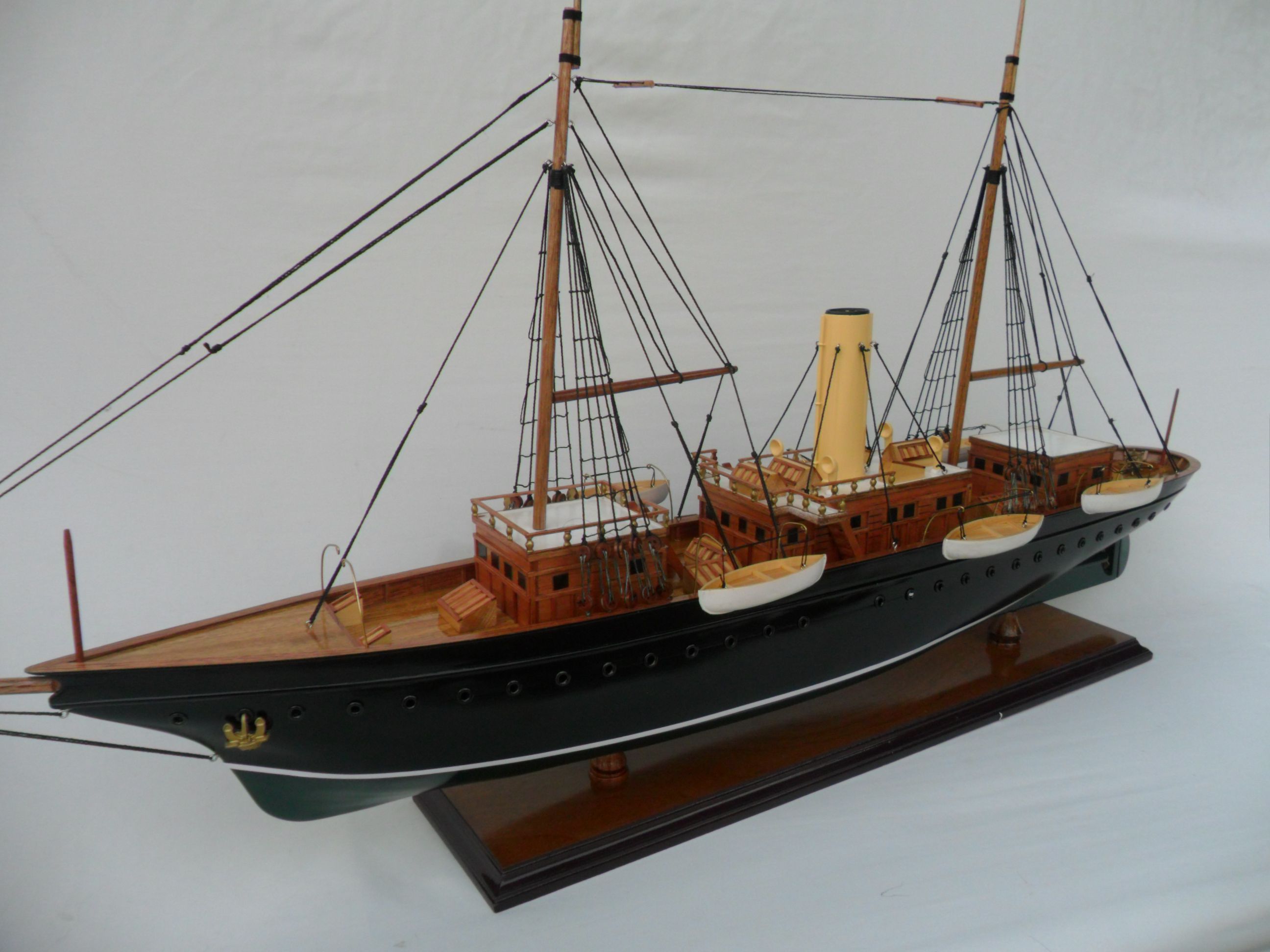 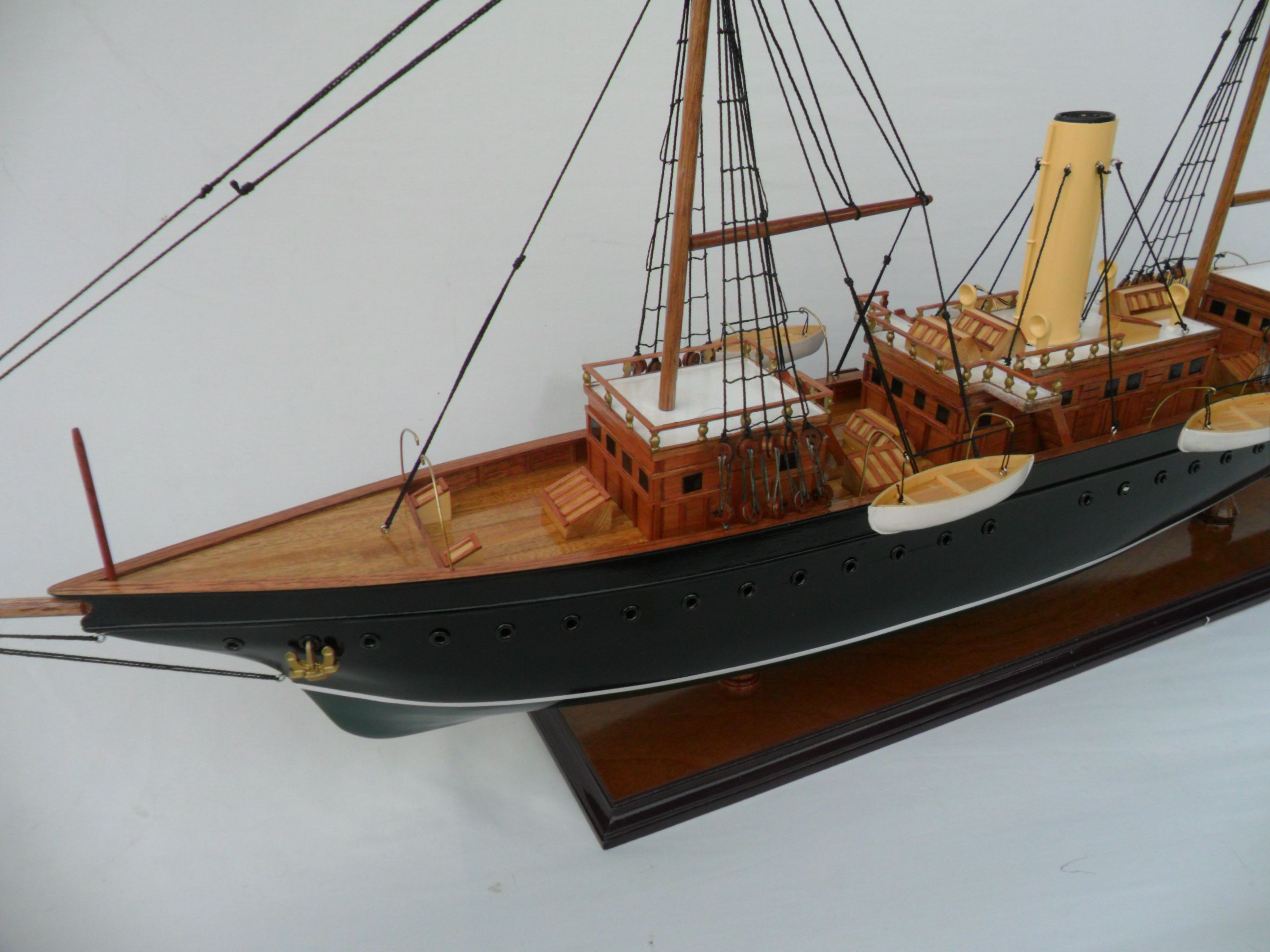 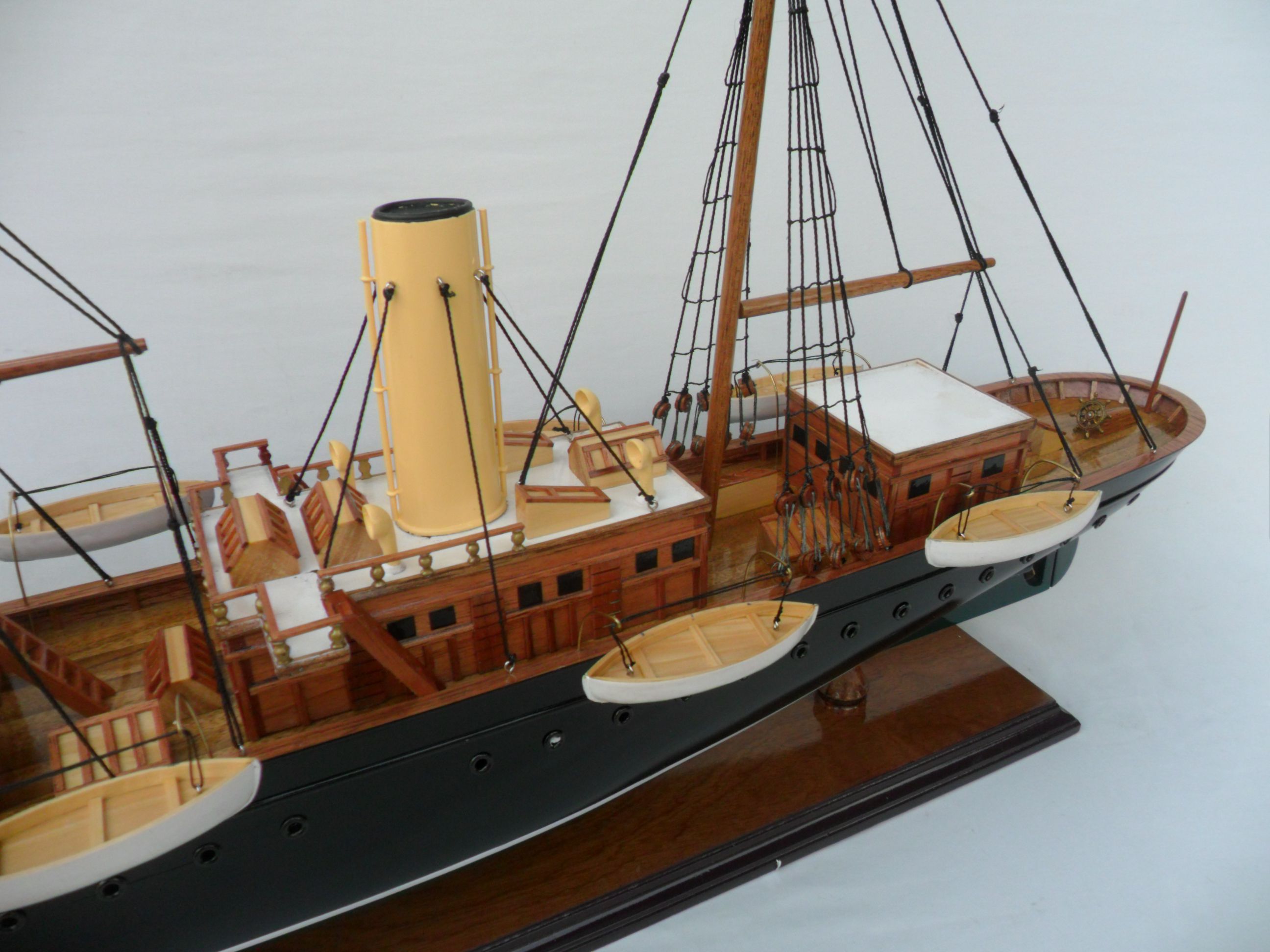 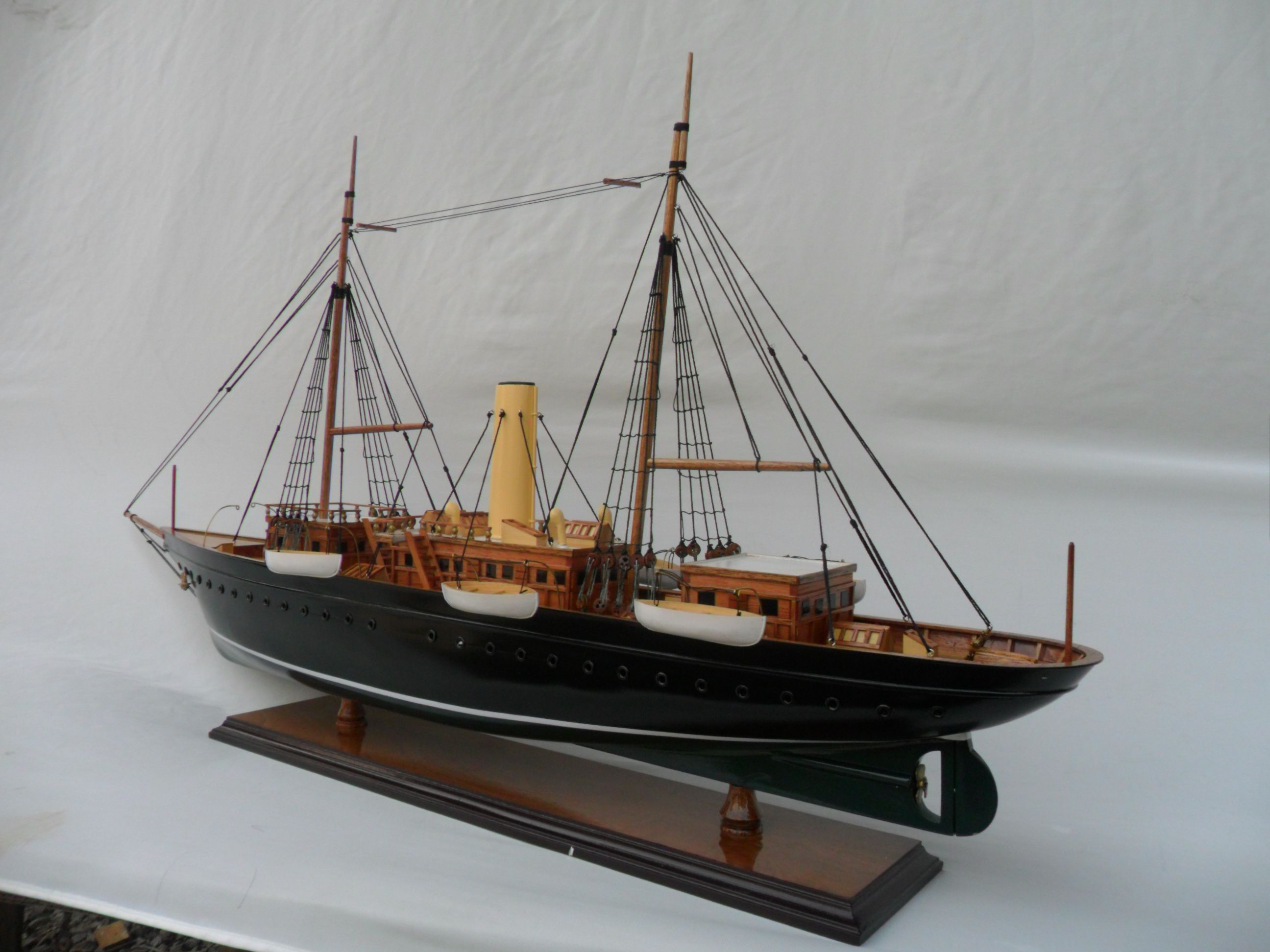 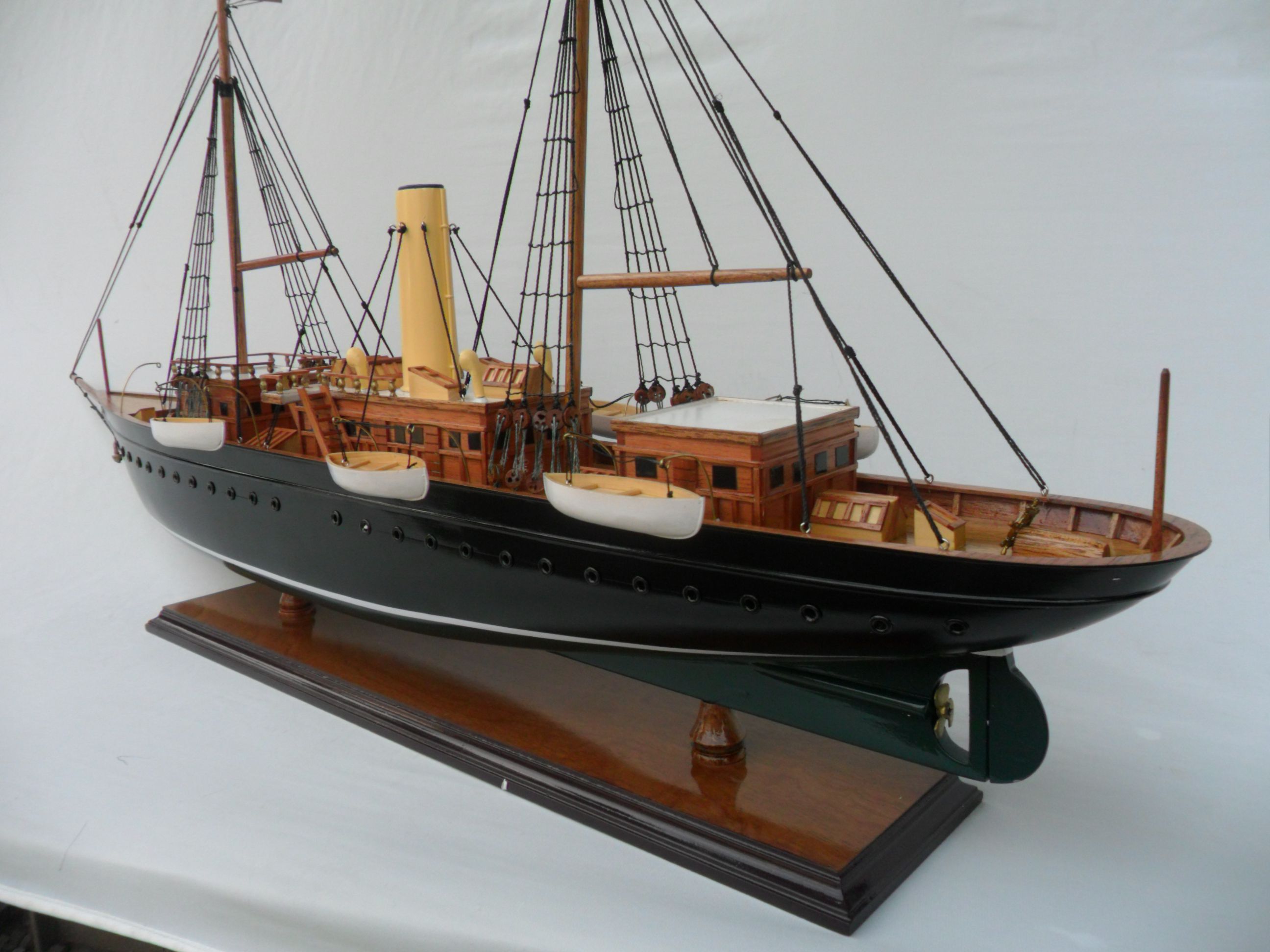 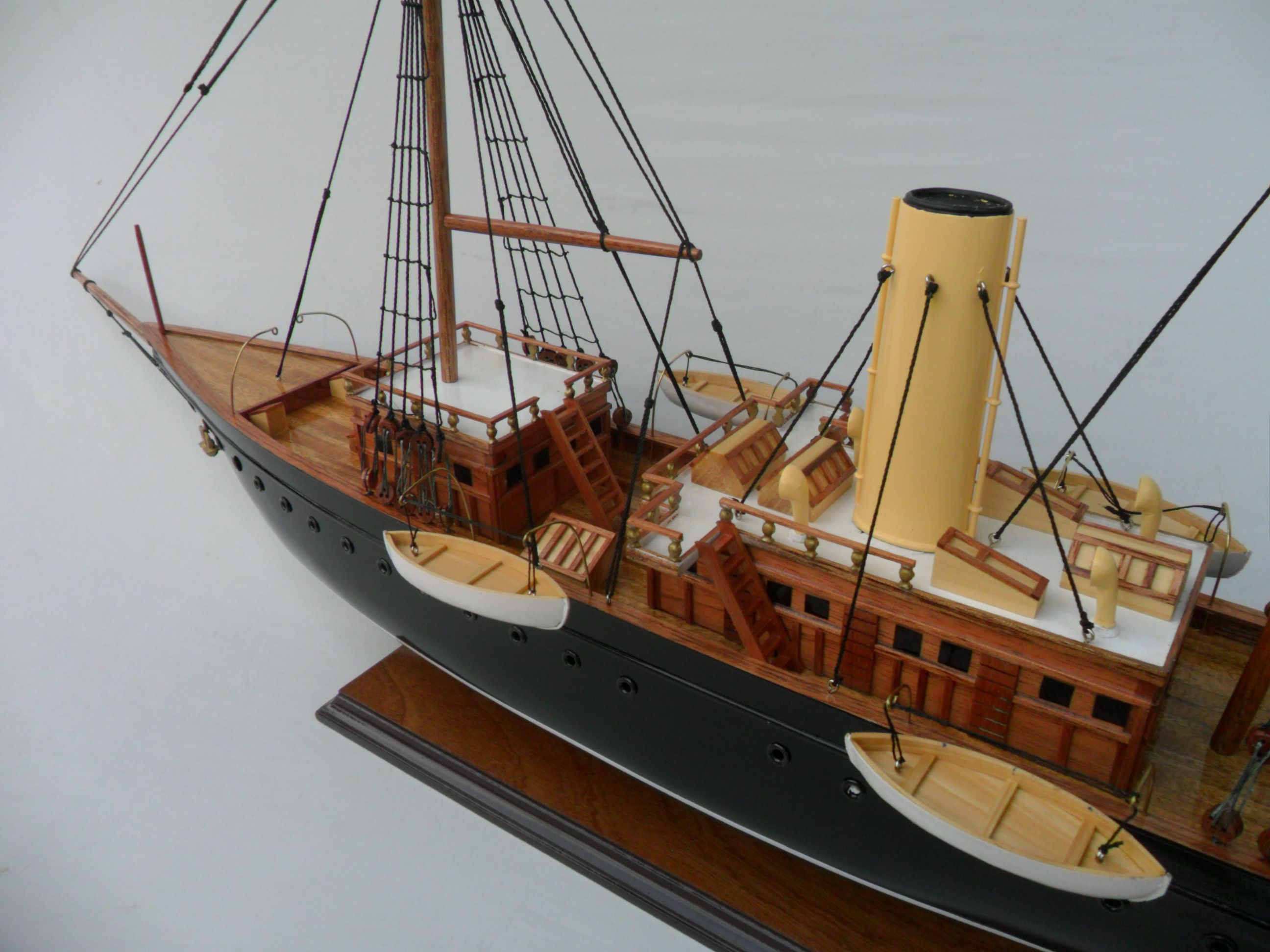 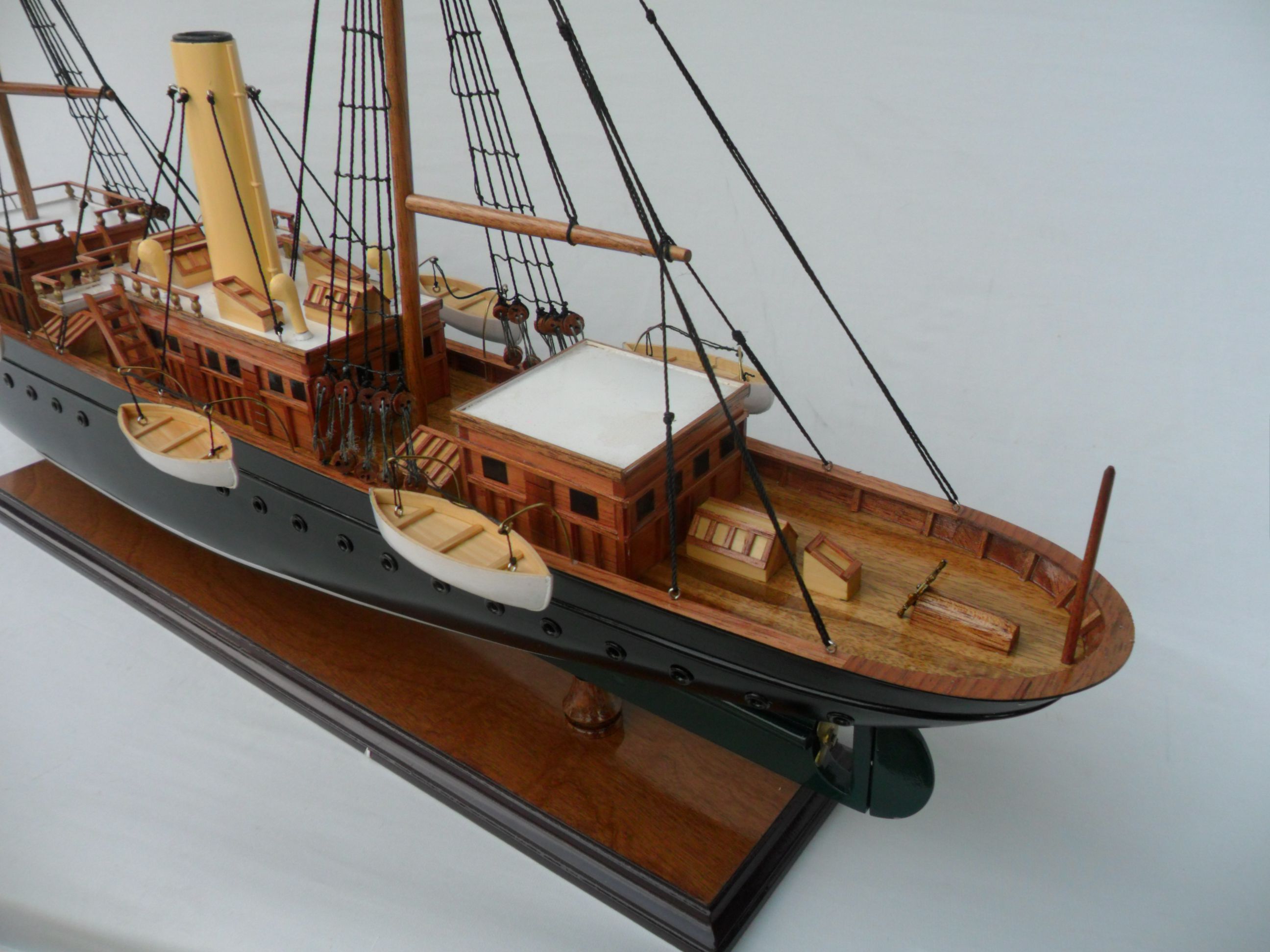 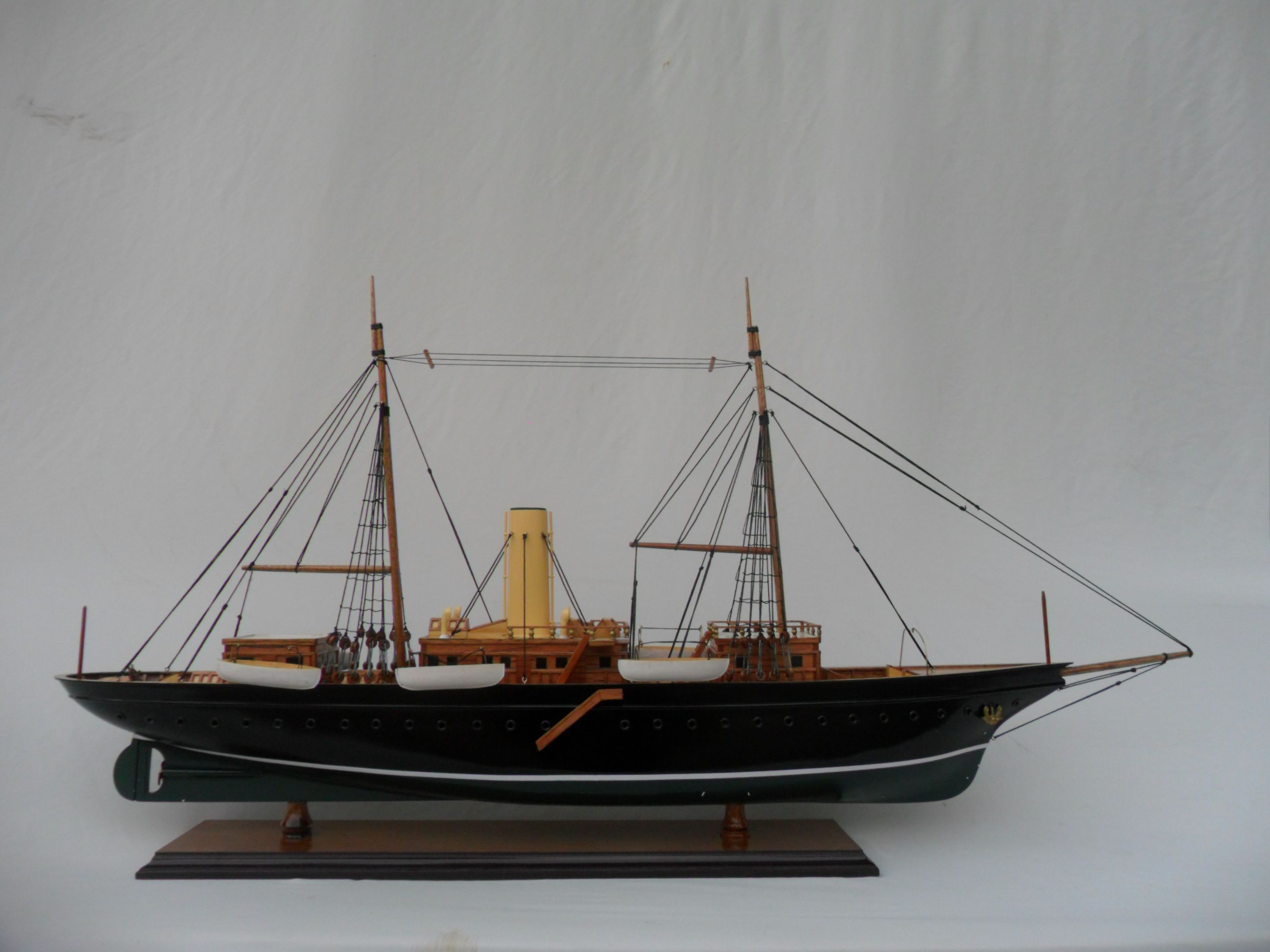 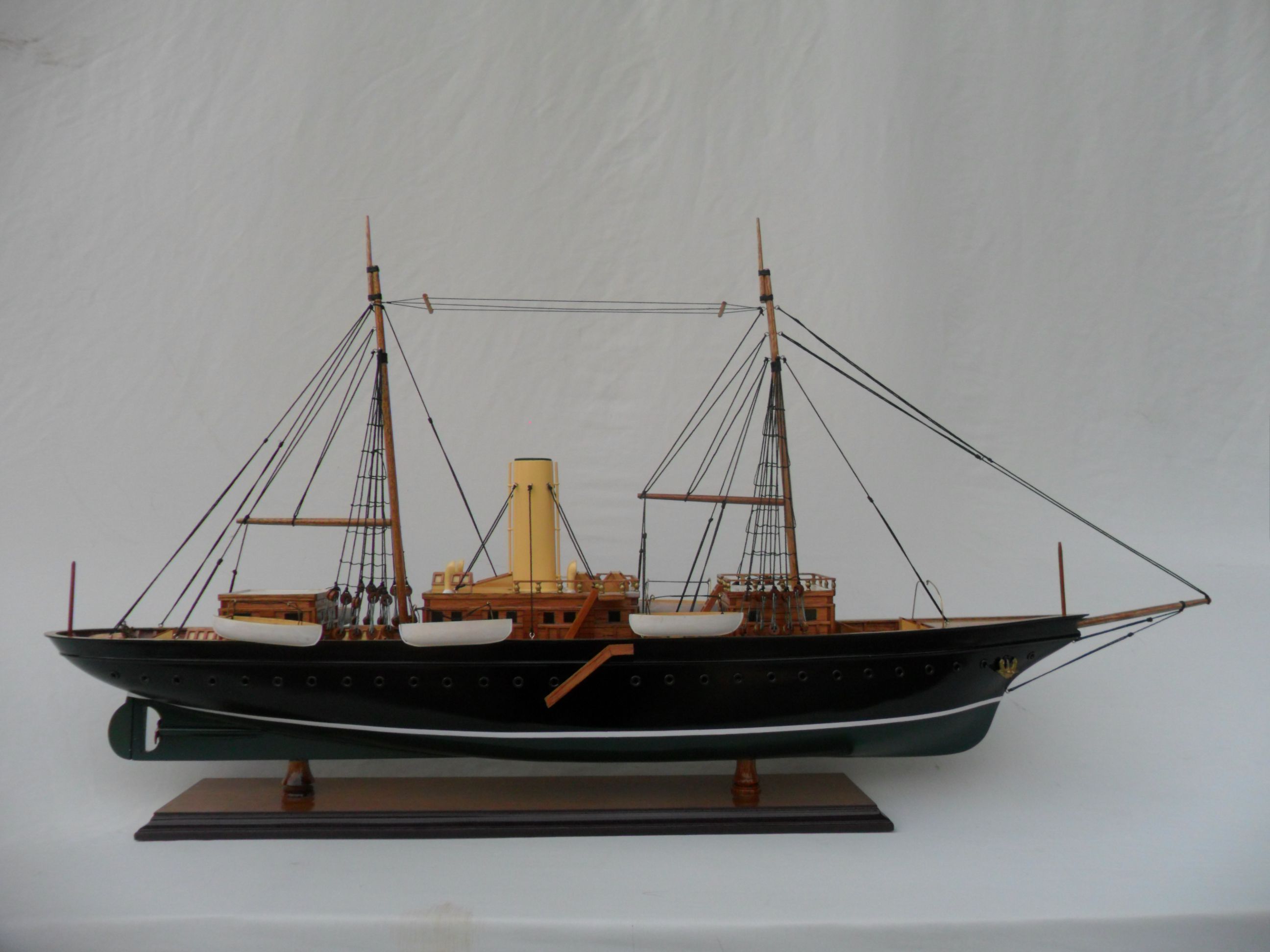 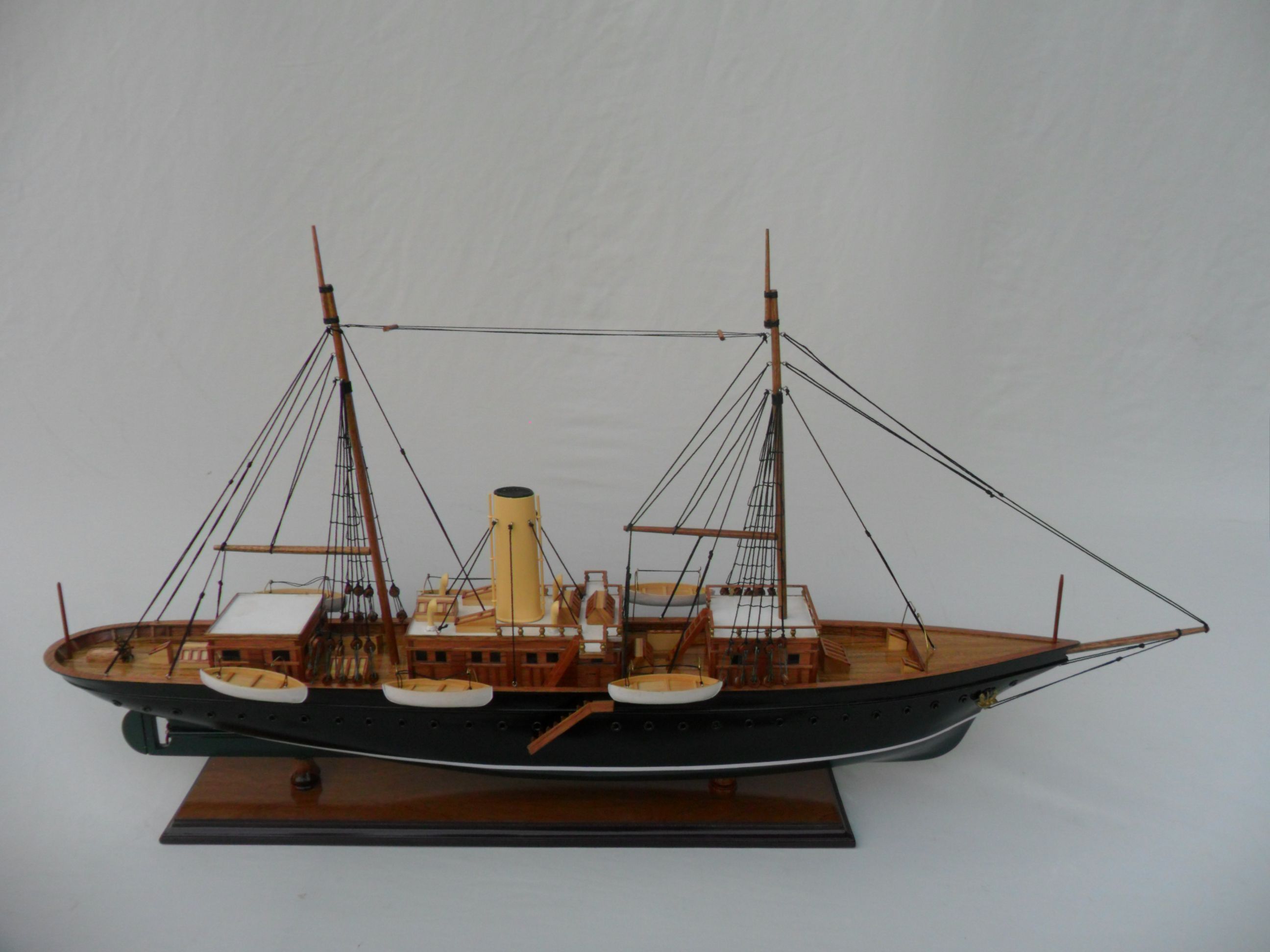 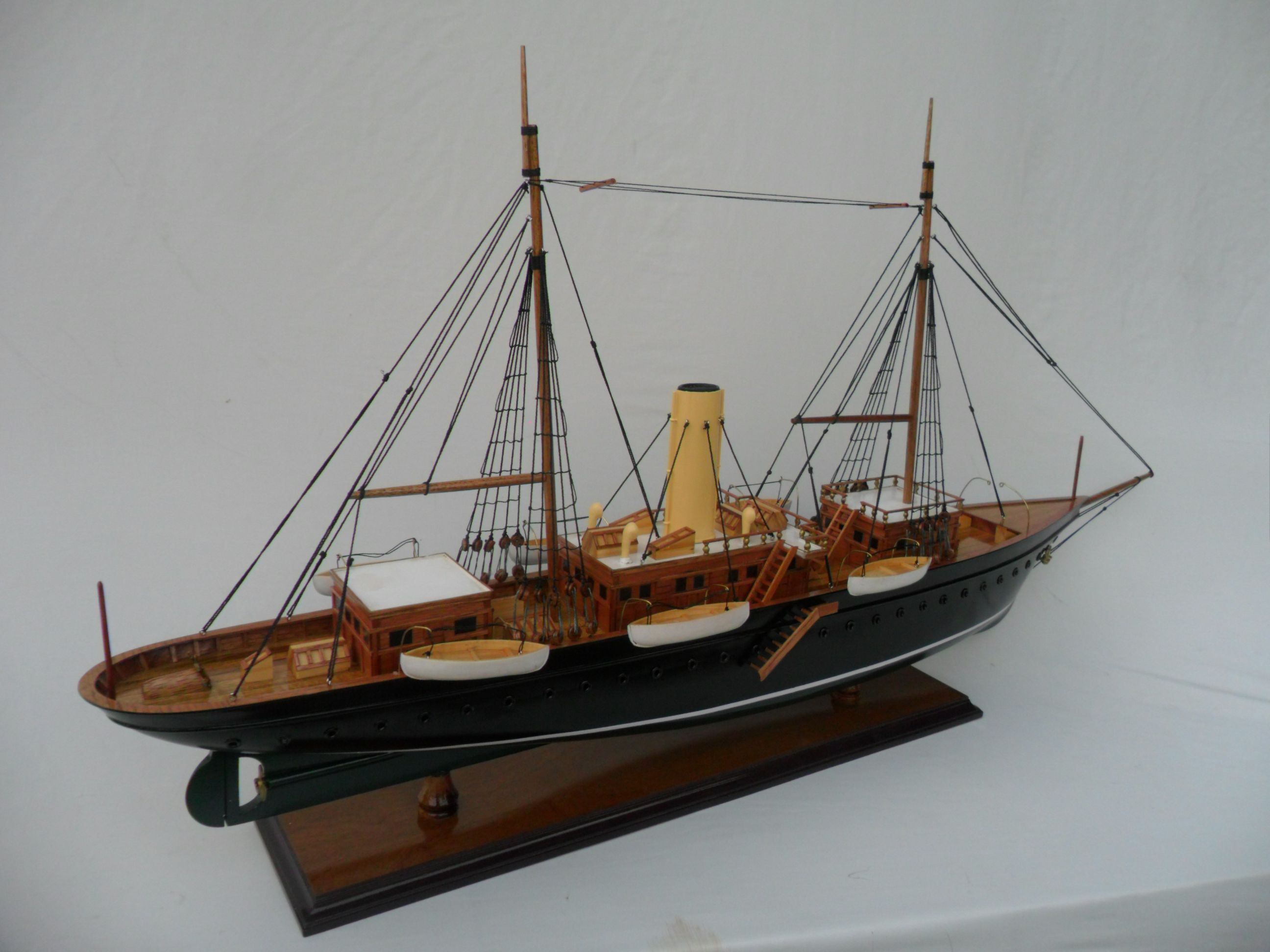 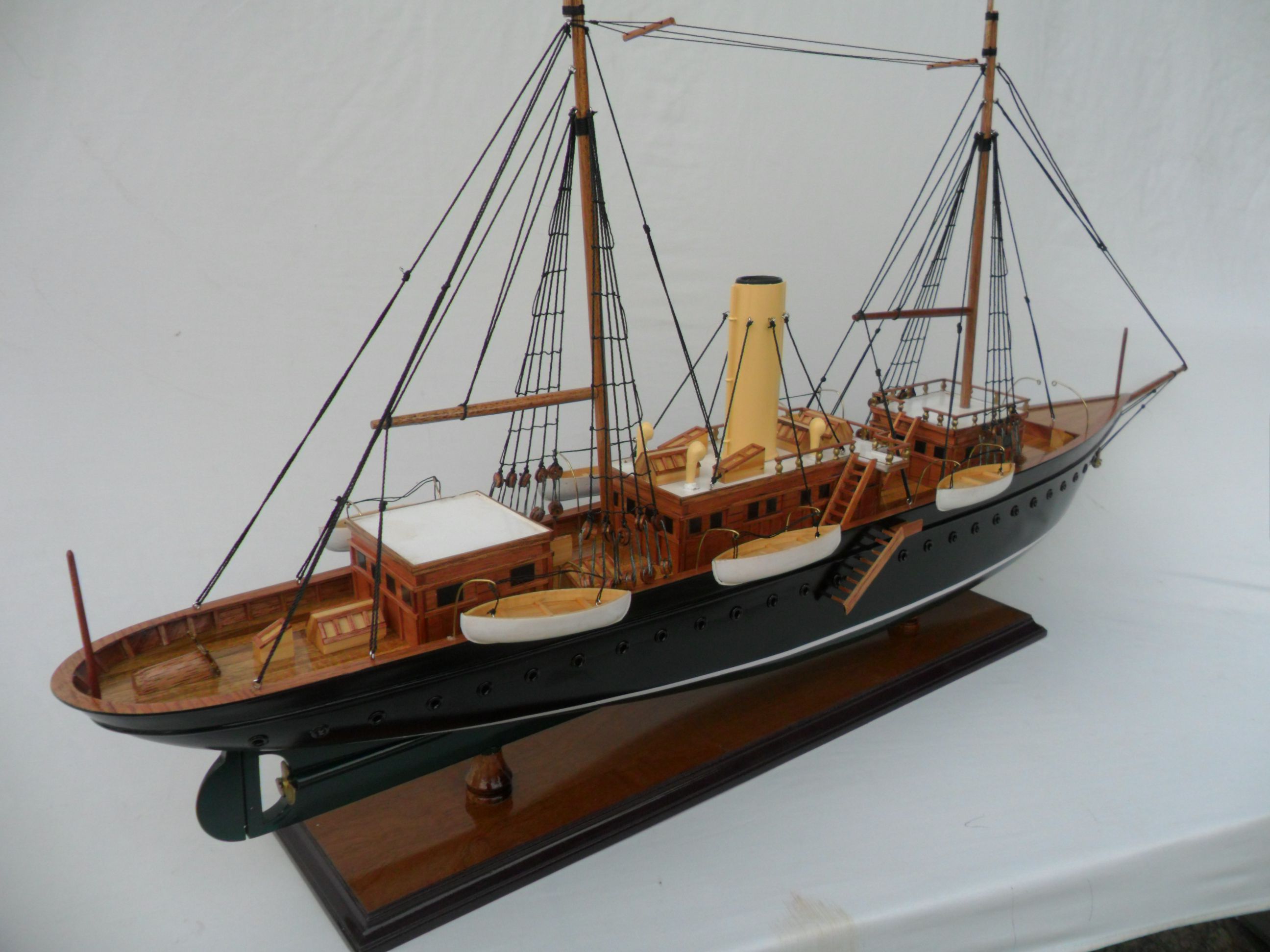 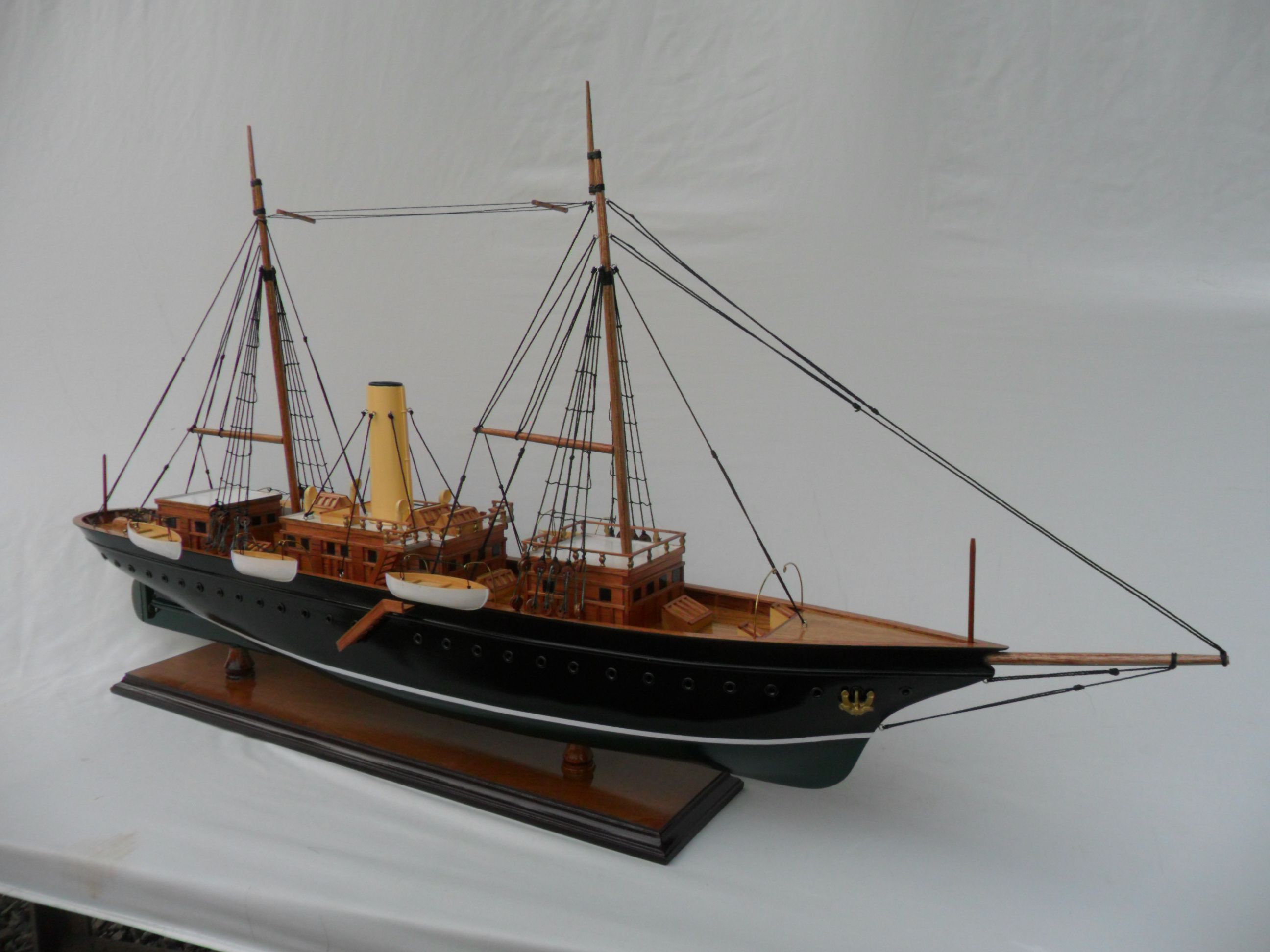 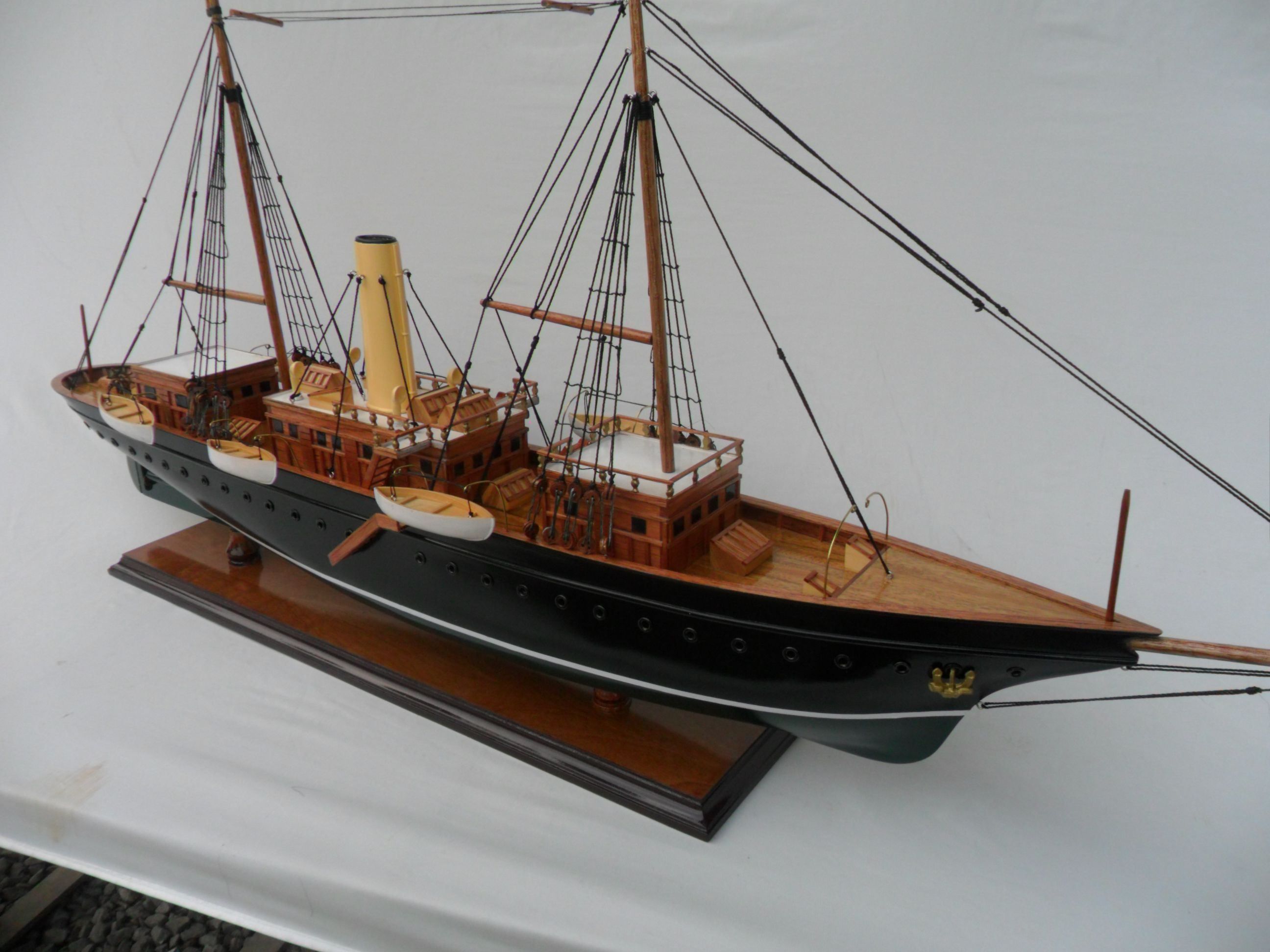 The Corsair II was previously built as a yacht for J. P. Morgan by Neafie & Levy of Philadelphia in 1891. She was later sold to the United States Navy and converted to a gunboat in 1898 and later commissioned with Lieutenant Commander Richard Wainwright in command. During this time she was renamed the USS Gloucester. Gloucester served near Cuba as a member of the North Atlantic Fleet. She was part of the Battle of Santiago de Cuba on 3 July.  She helped defeat the Spanish torpedo-boats Pluton and Furor, by driving them towards the shore. She was eventually decommissioned in 1919, and was converted into a commercial ship. However she was soon after destroyed by a hurricane in Florida.

The Corsair II wooden model ship is 80 cm long, 16 cm wide and 49 cm high. The model is constructed with a remarkable level of craftsmanship. To ensure a high level of quality and detail, every step of the construction process is monitored and takes several weeks. The hulls and decks are built from hand-picked hardwoods. The model of the Corsair II has been sanded and varnished in several layers to create a smooth finish. The details are reproduced with hand-sewn leather and fabric upholstery and polished brass and metal finishes. The team of master craftsmen make use of skills and expertise developed over many years, to ensure that this model is identical to the original. The model is mounted on a solid wooden base and includes a brass plate.

Sorry we have no extra information for this product
This Vessel Type is Brig
Copyright © 2022. UK Premier ship Models. All Rights Reserved.