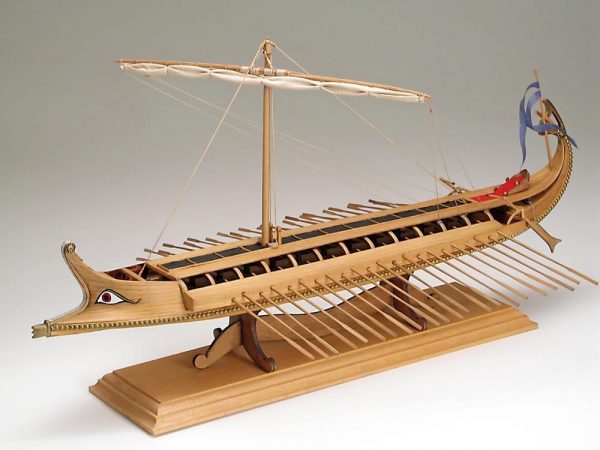 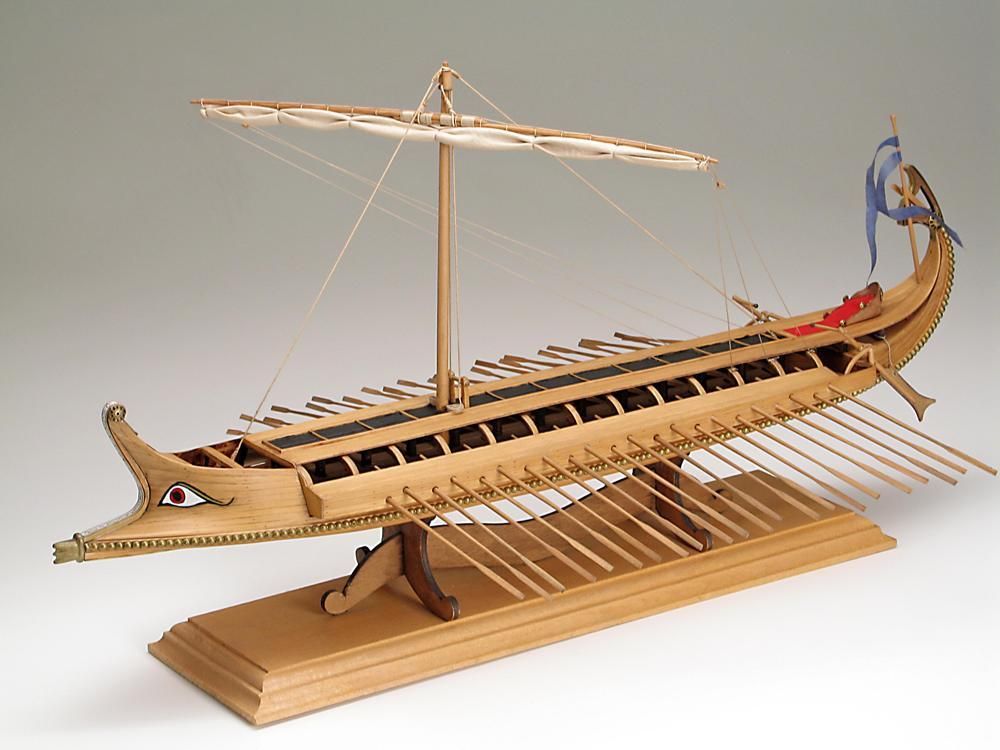 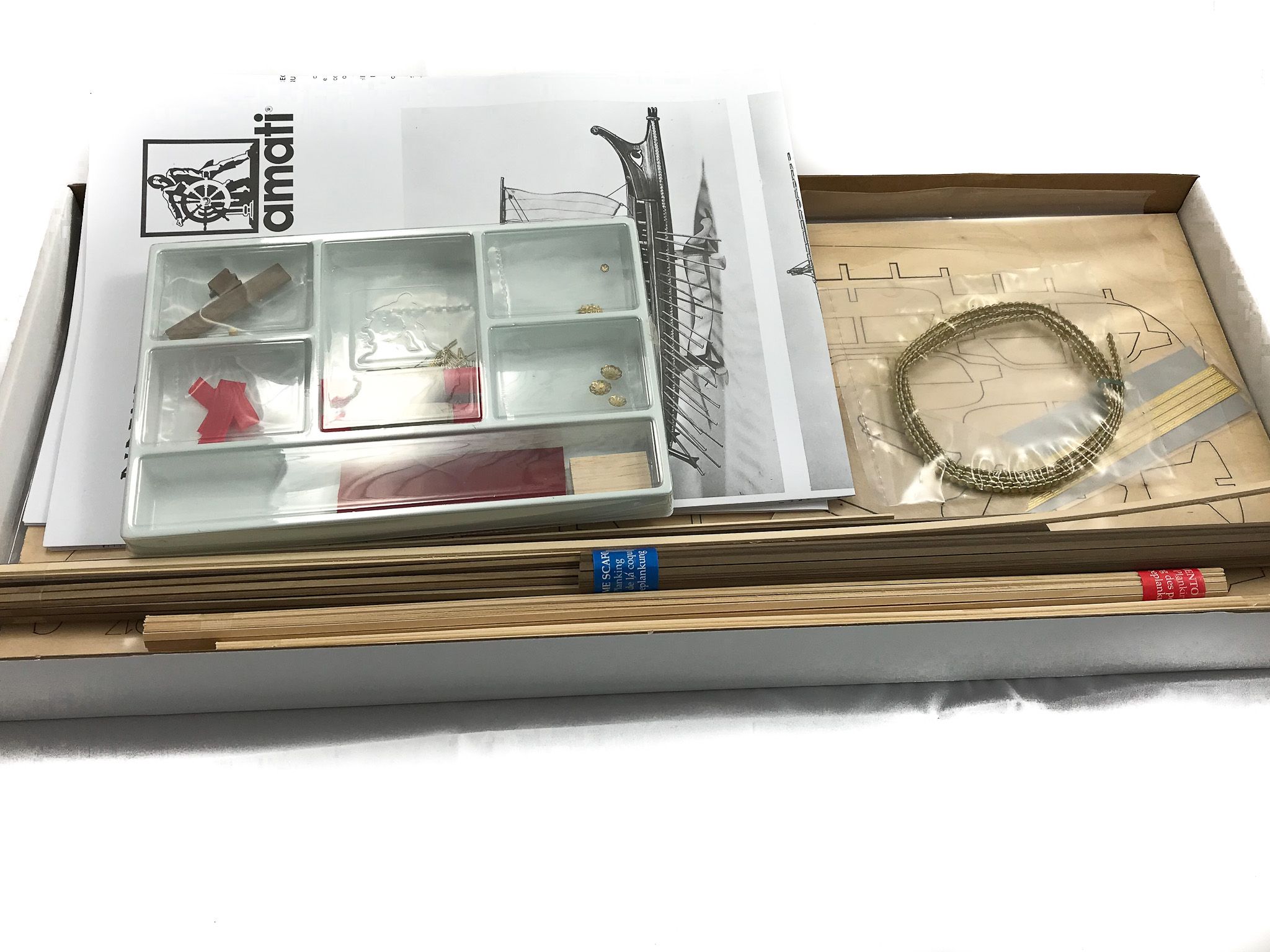 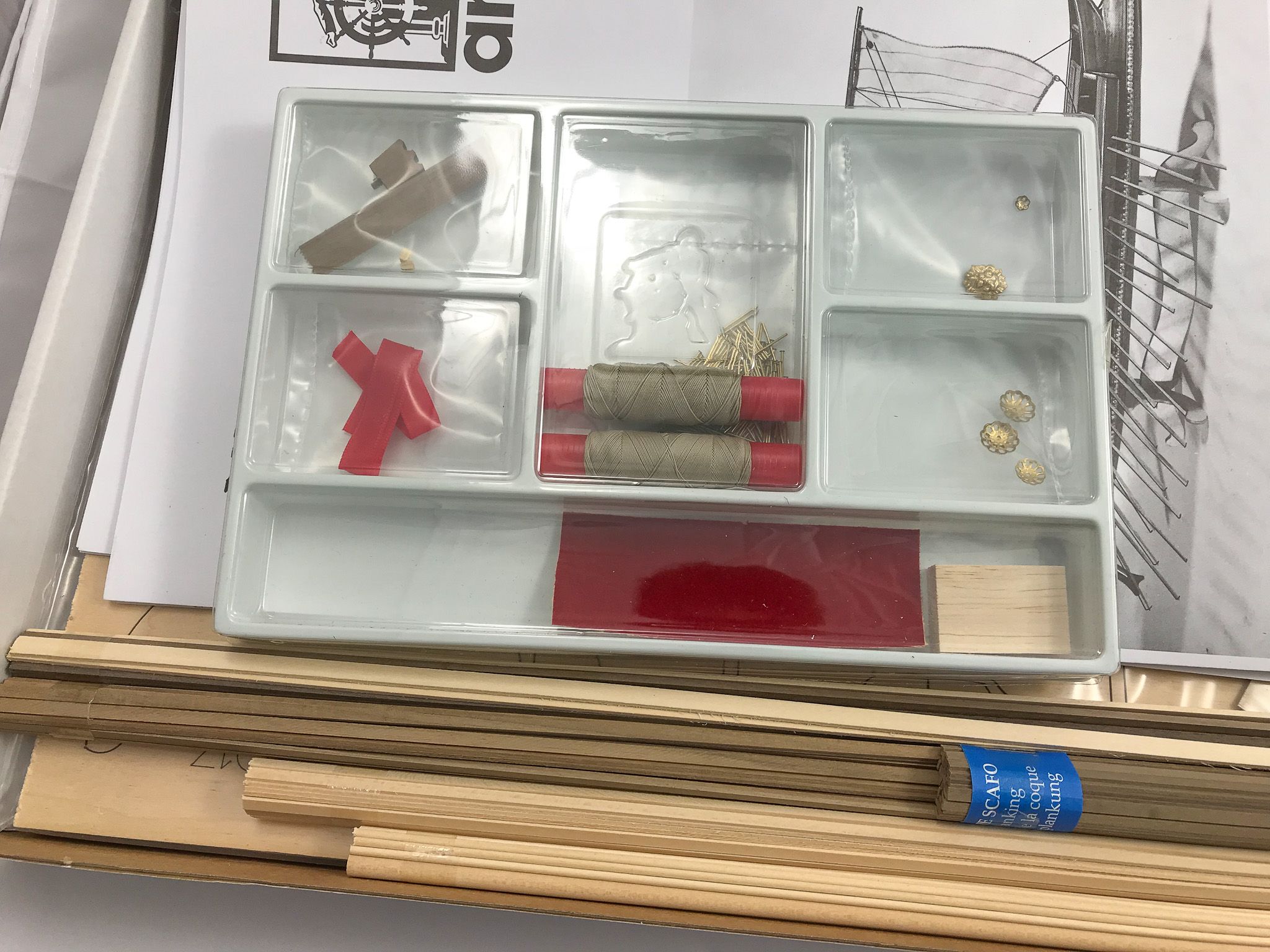 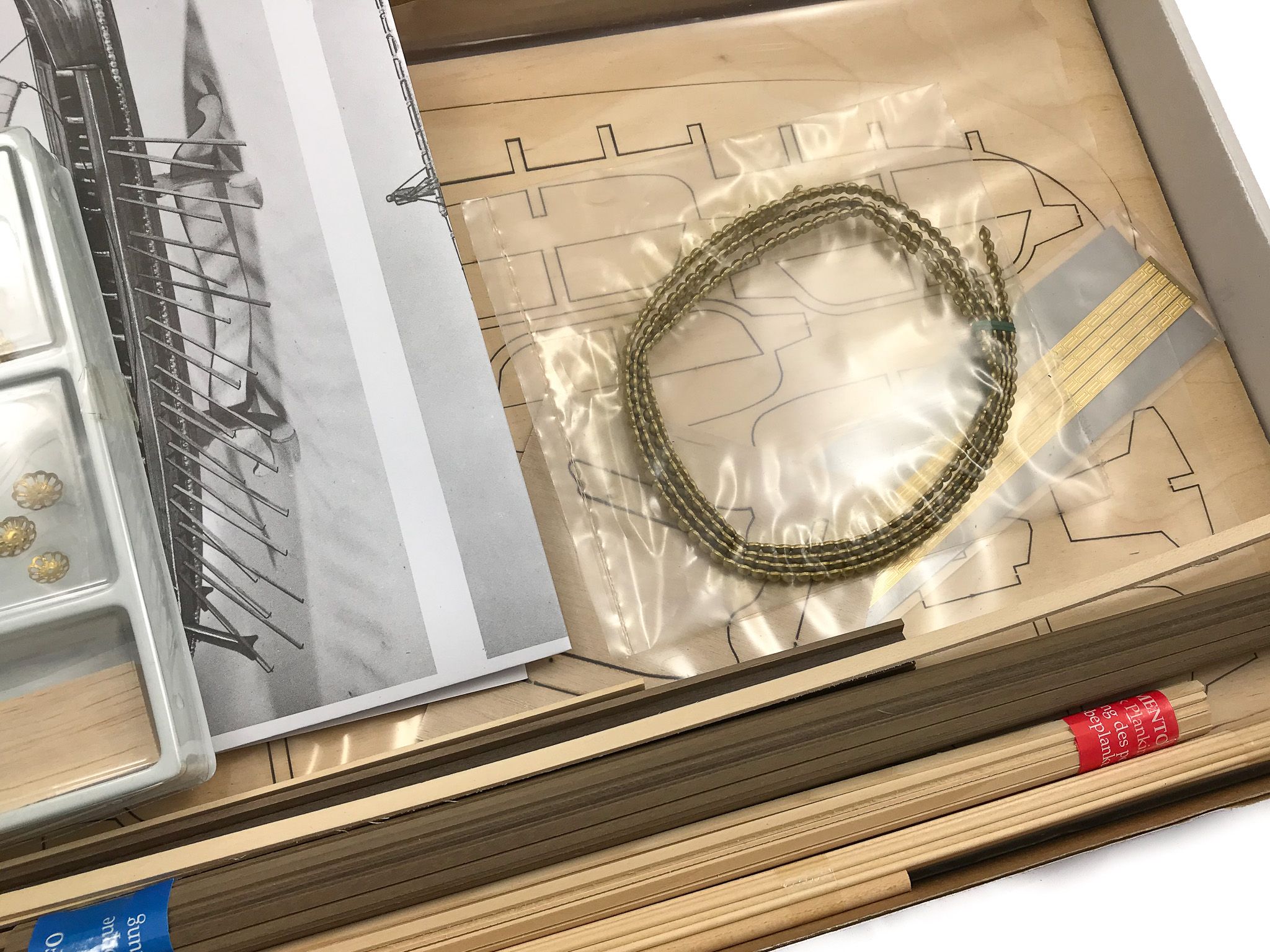 The Bireme was a Greco-Roman era warship, which had two decks of oars. The word ‘bireme’ comes from the Greek words, ‘bi’ meaning two and ‘reme’ meaning oar. The ships later progressed further in to triremes, which implemented the same design but with three decks of oars rather than two.

The two decks of oars allowed for 120 rowers, whereas the trireme allowed for 180. The bireme was typically 80 ft long with a beam of around 10 ft. The bireme and tireme also had a large square sail for wind propulsion.

The development of 3 decks of oars in the trireme did not necessarily increase the speed of the vessels, since the extra weight and width needed to accommodate the third row meant there was more friction between the boat and water. This extra friction slowed the boats down despite the increased oar propulsion.  For short distances however, the third deck of rows gave the trireme an advantage and helped to catch enemies.

Biremes and Triremes were the typical warships of the Greco-Roman era. They were first seen in Greece, most likely an invention of the Phoenicians. The Romans optimised them further, most notably in Caesar’s invasion of Britain.

Amati, an Italian producer of fine quality model boat kits, produces this model kit of a Greek/Roman Bireme. They have a fine reputation in the model making community for crafting minutely detailed kits using the latest laser cut technology. If you would like to view the Amati range, then please click here. If you have any questions about this kit or any other kit, please feel free to contact us by clicking here.