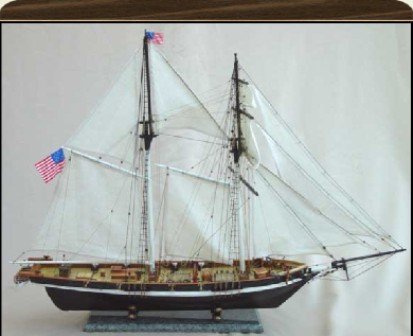 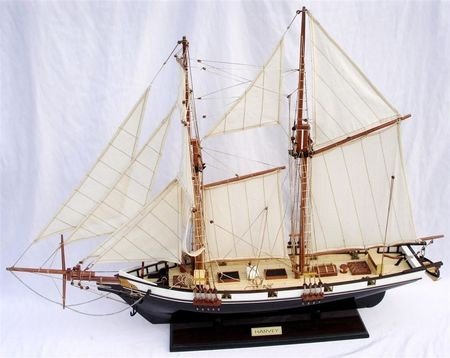 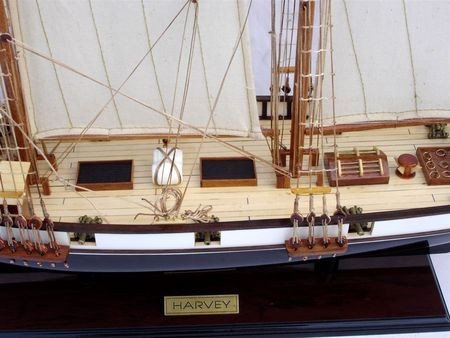 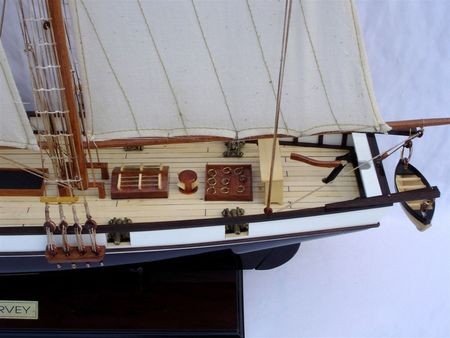 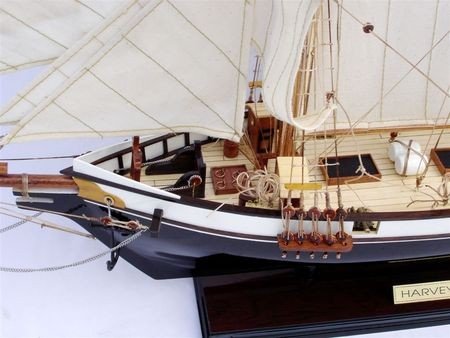 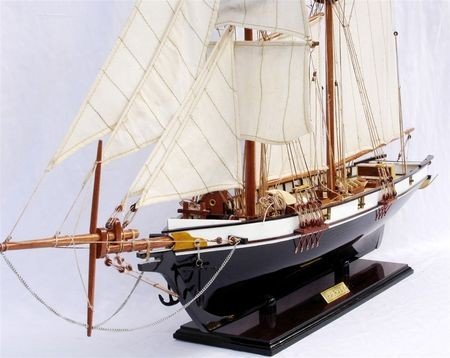 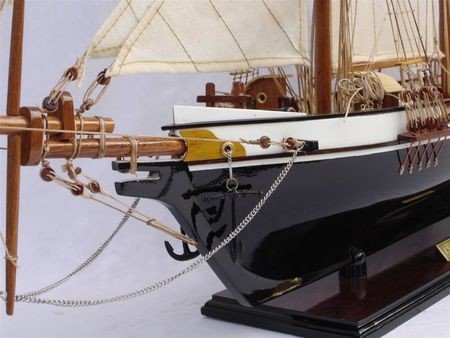 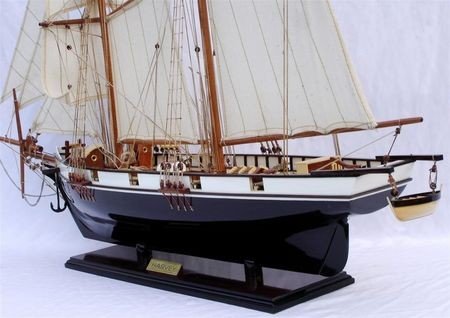 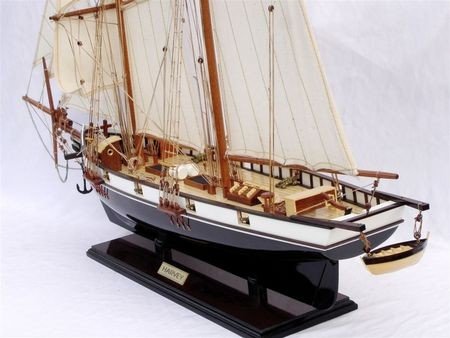 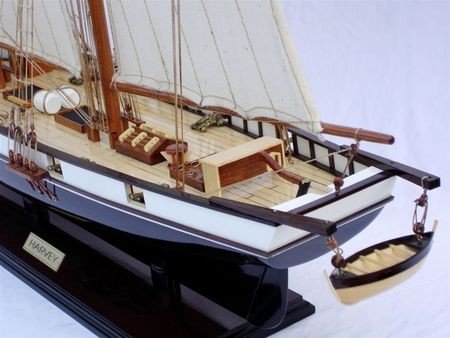 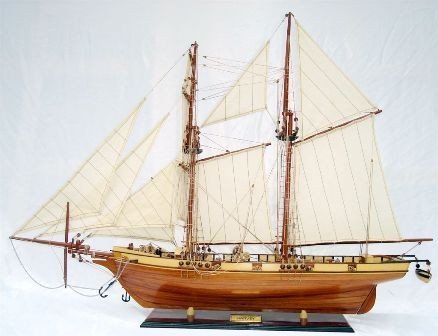 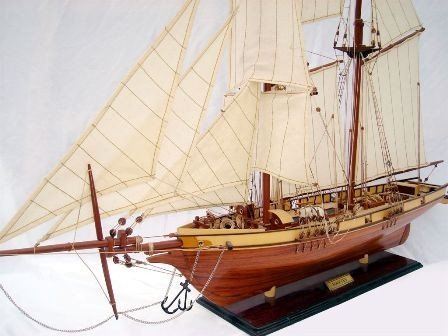 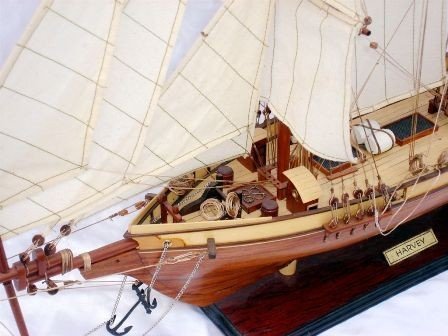 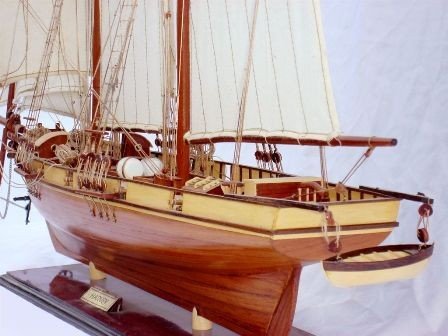 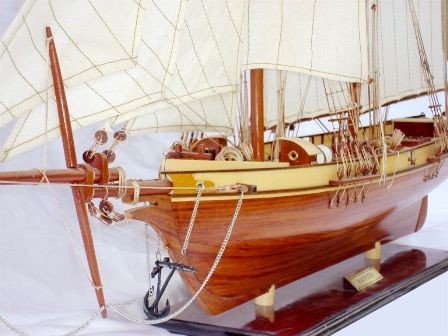 The hull was designed for reaching high speeds, built with many sails and an uncluttered deck. This was so that a maximum cargo could be stored (a very valuable attribute as was later proven), and also so that the sailors attending the sails could have as much free room as possible. Fierce storms round the Horn, demanded the ability of furling and unfurling the sails as quickly as possible.

American clippers really came into their own when California was incorporated as a state of the Union in 1848. When it was discovered that California was a state with tremendous natural wealth, the resulting rush, including the Gold rush, could only be met on sea using the very fastest ships such as the Harvey. This also enabled a less perilous journey than on land. Some fast times were recorded, such as New York to California in eighty-nine days.

Some of the cargoes were so valuable, that their armaments were retained to deal with any pirates that may cross their path. Because the Panama Canal was yet to be built, the journey was through the Horn. Thanks largely to clippers such as the Harvey, cities such as San Francisco saw its population treble in less than ten years.

Please browse our website or Contact Us for any more information in finding the perfect model boat for your collection.