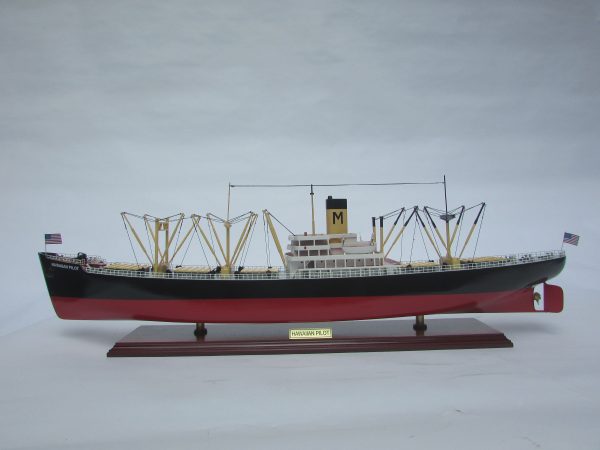 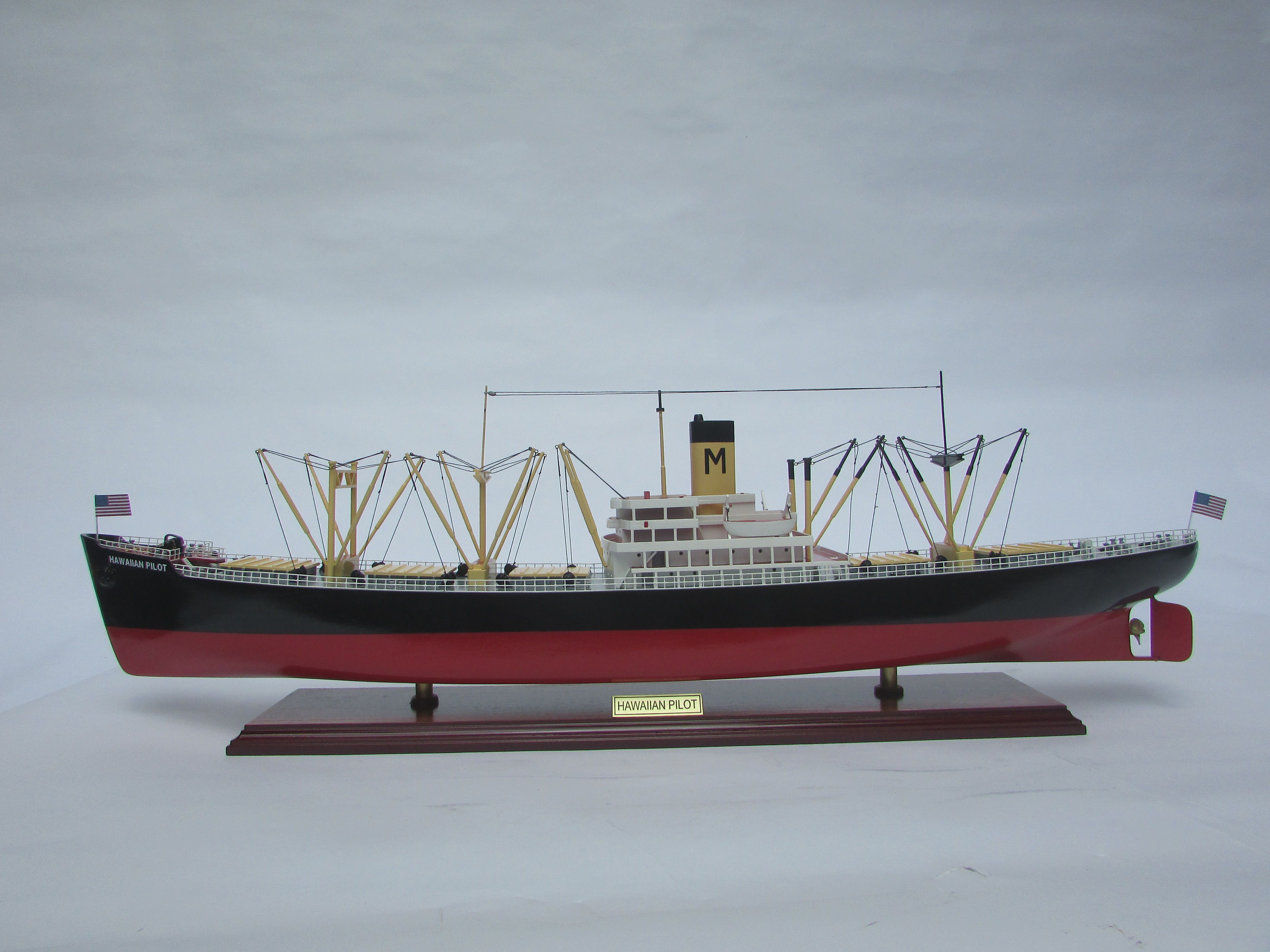 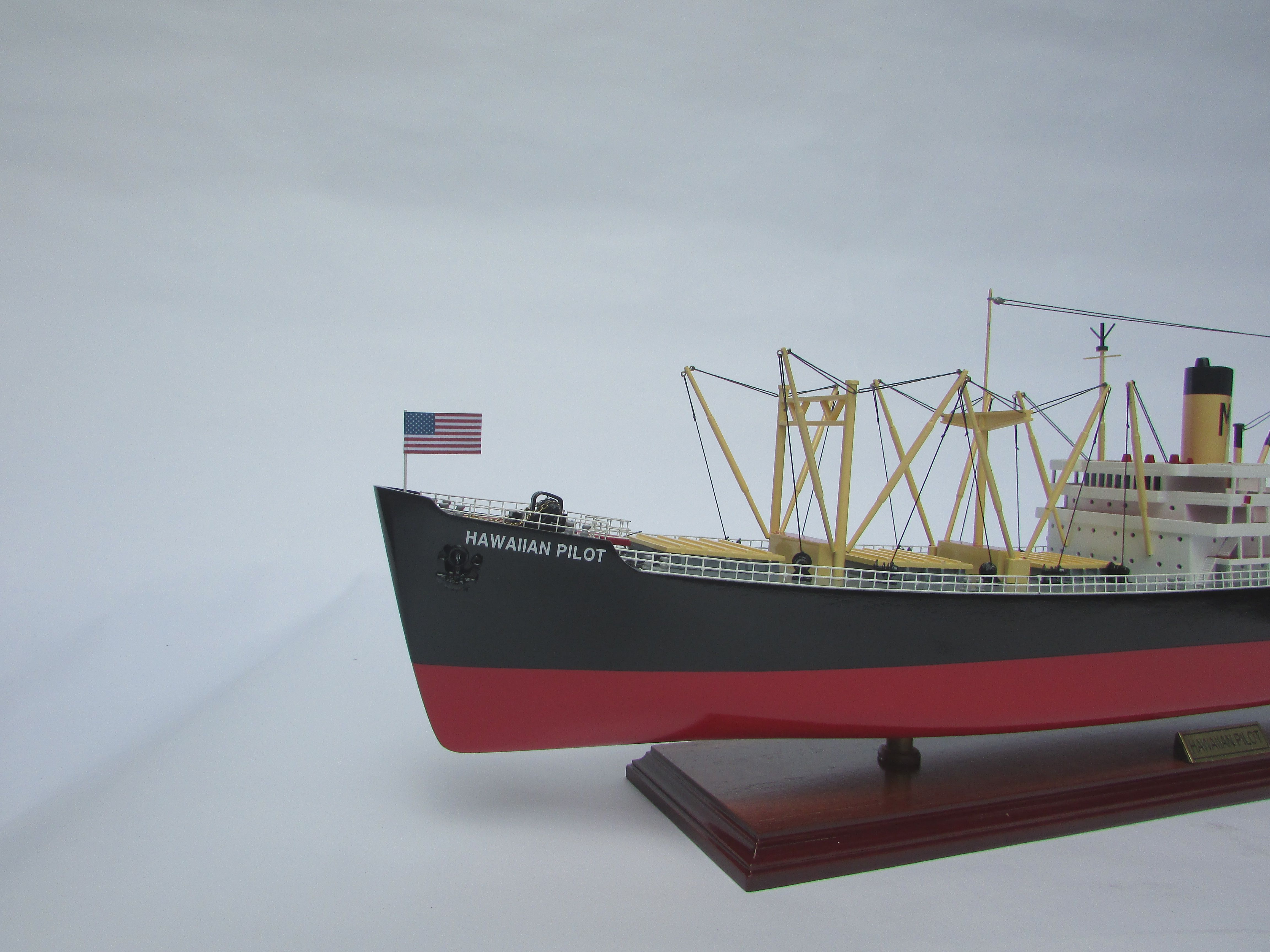 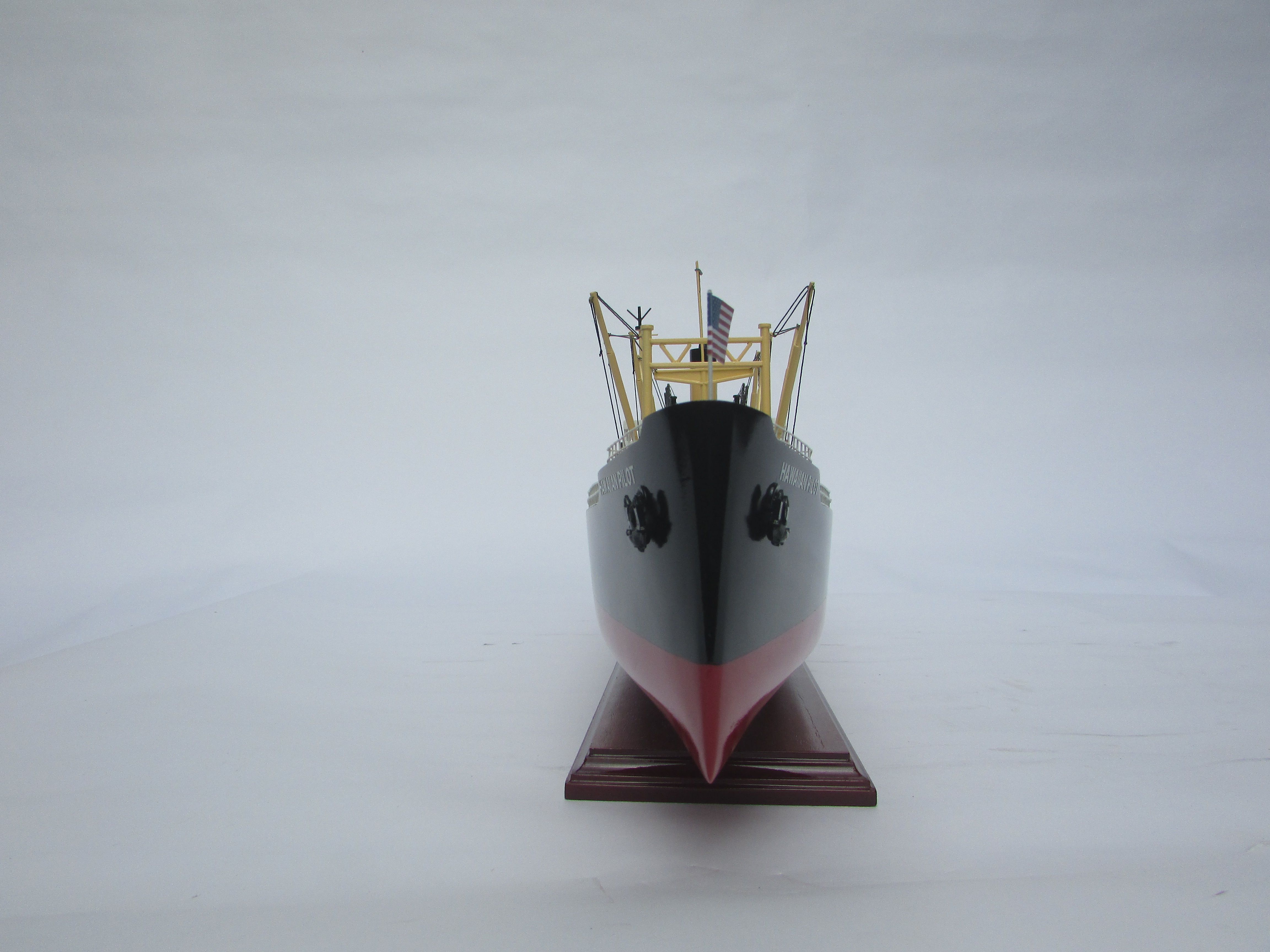 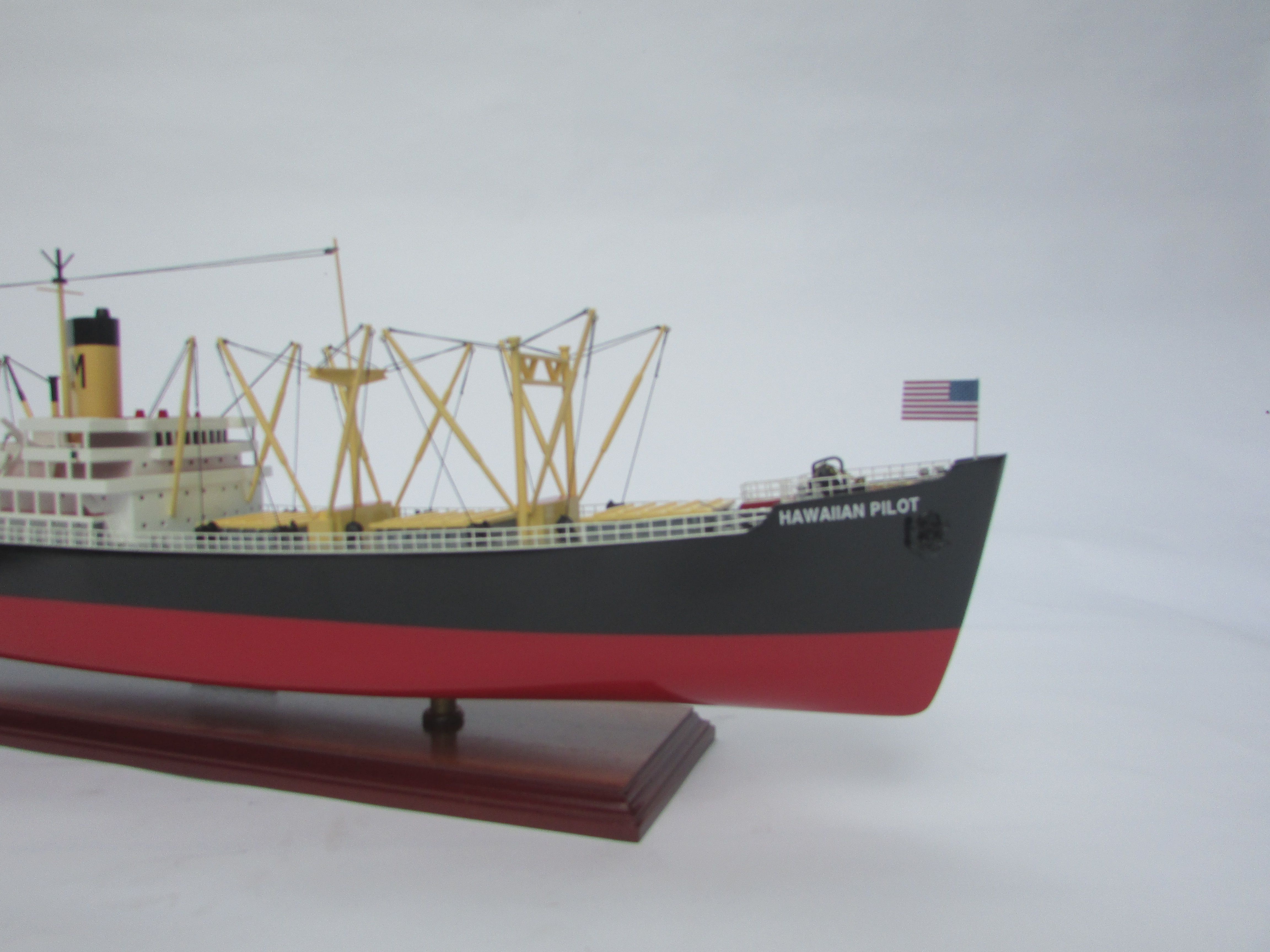 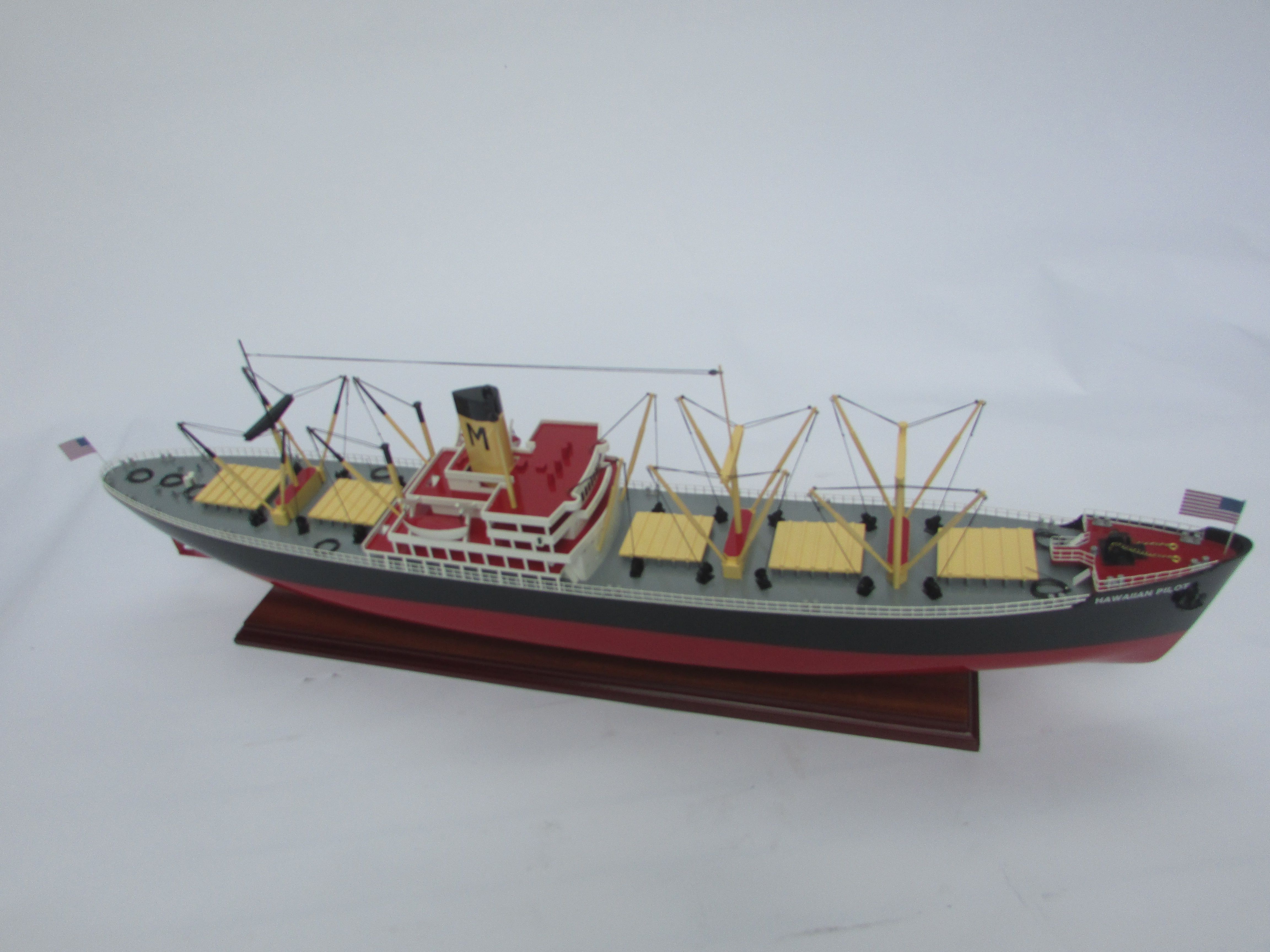 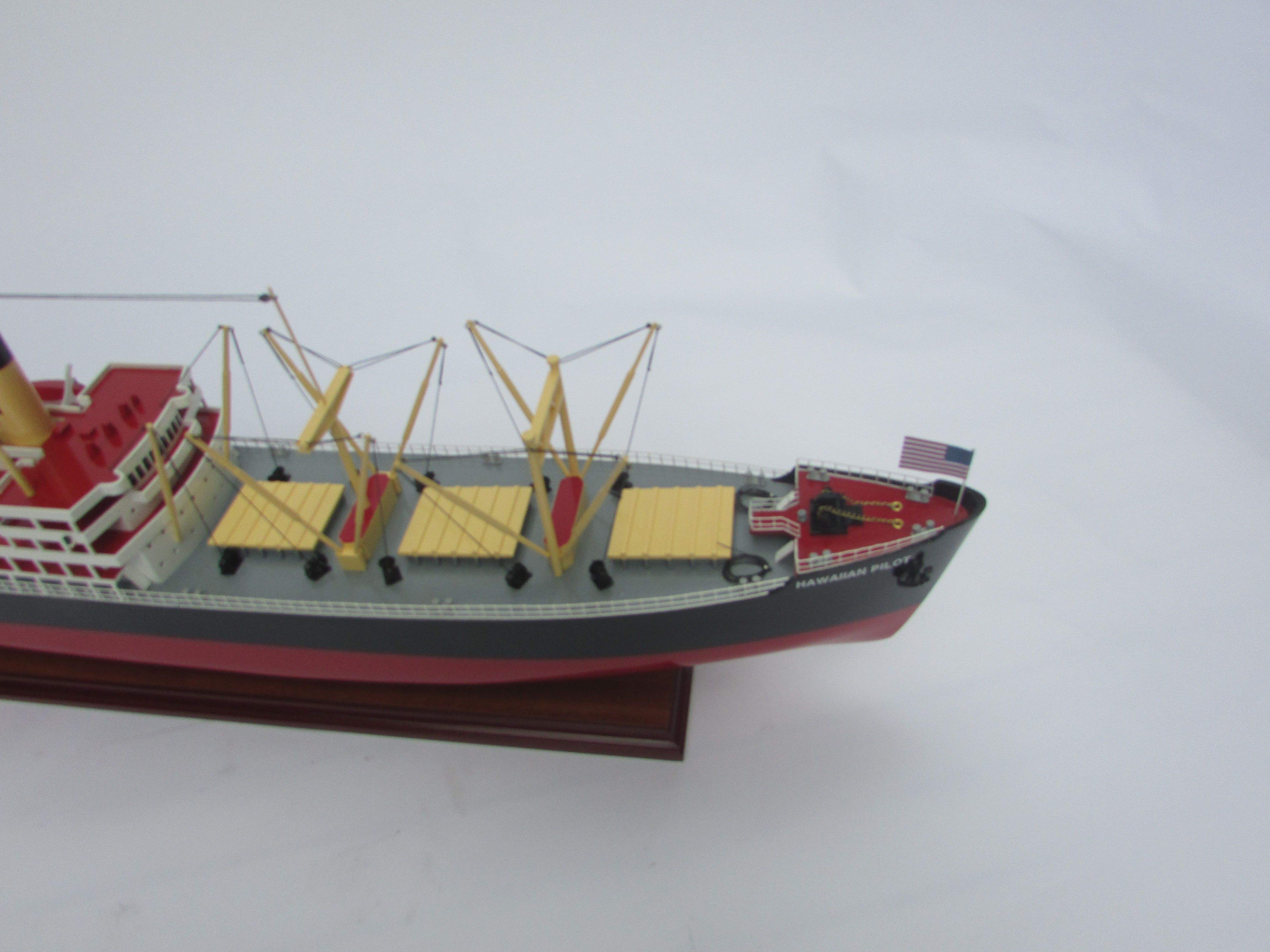 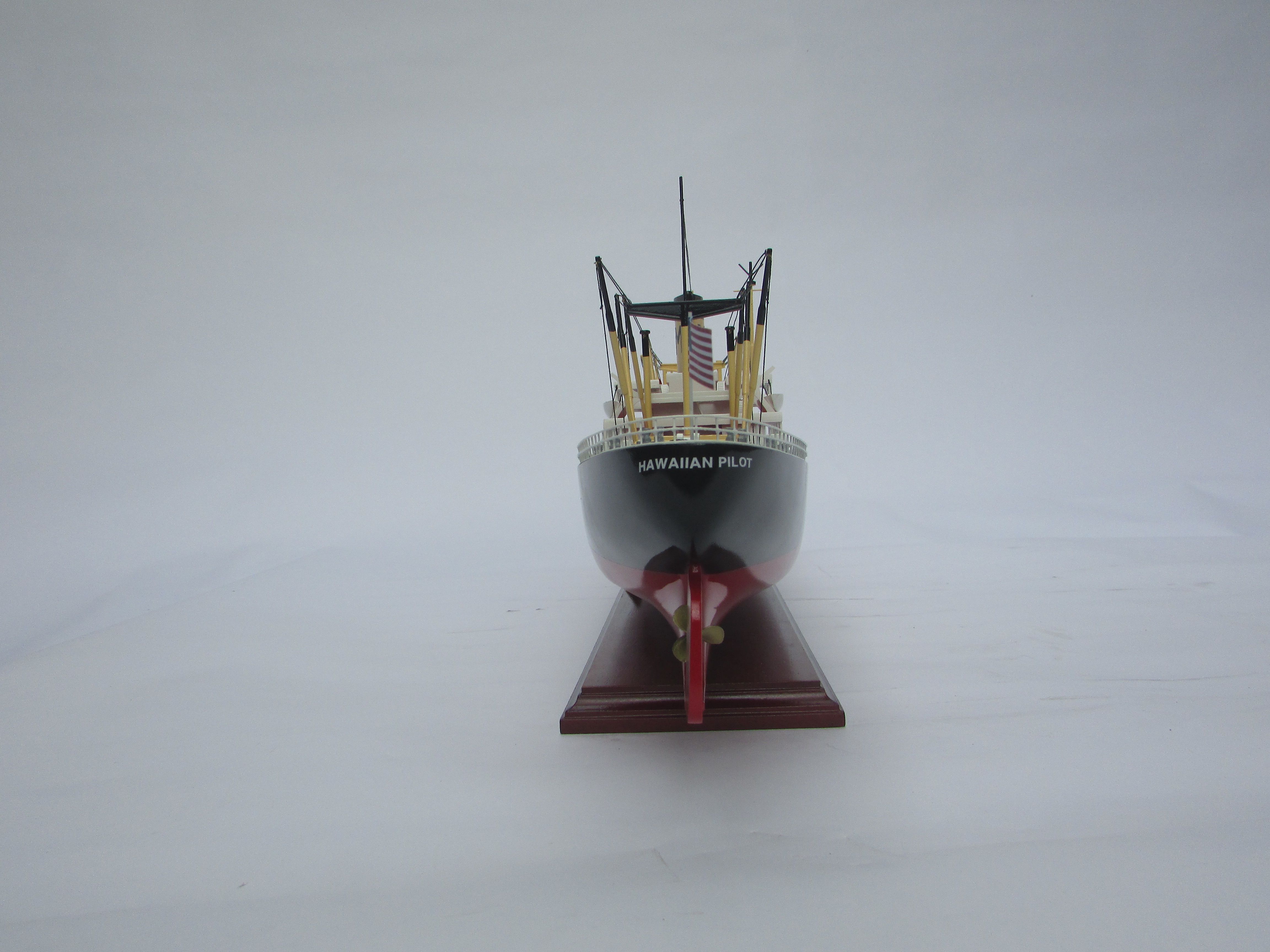 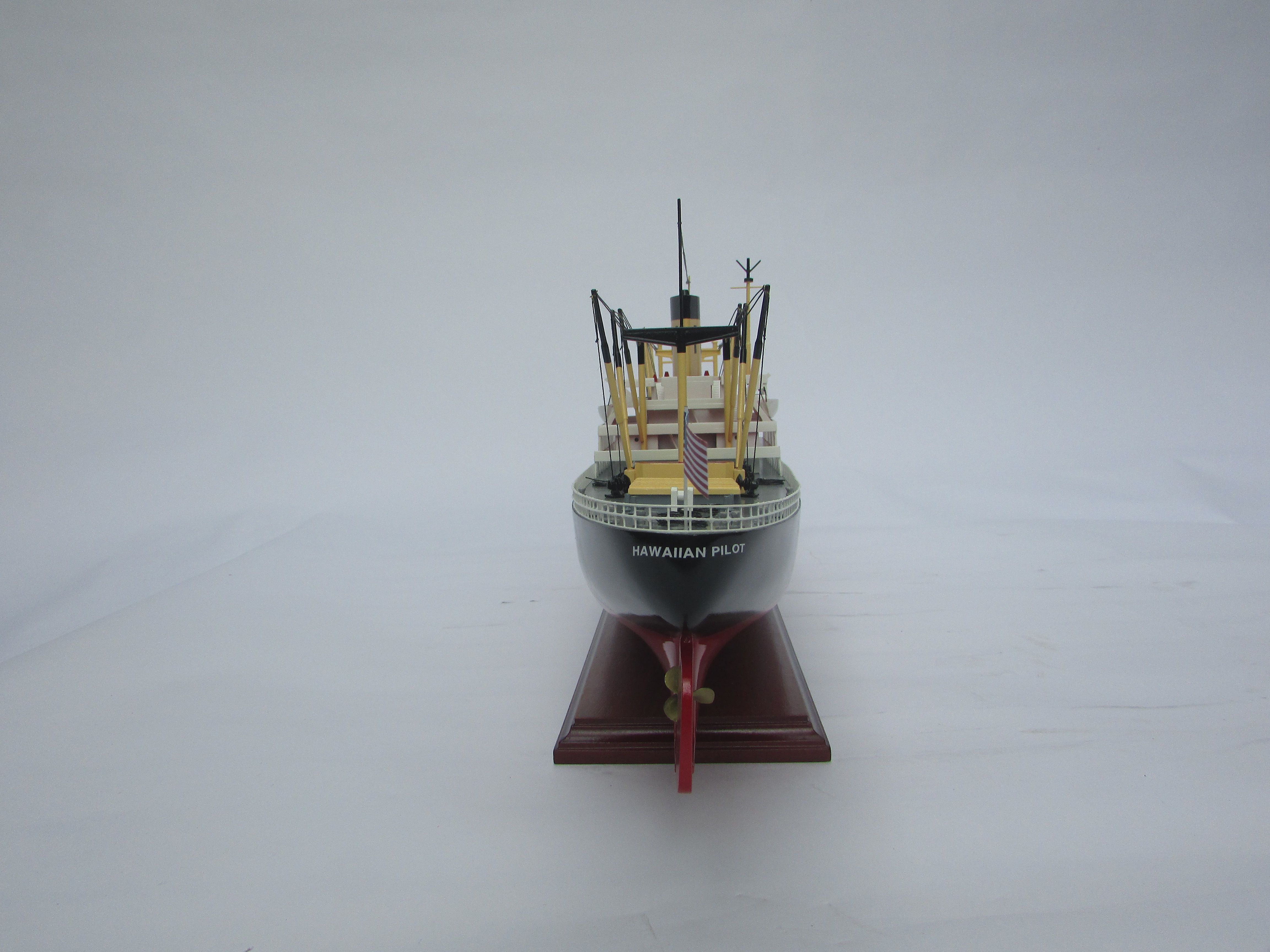 About the Hawaiian Pilot

The Hawaiian Pilot was originally launched on 3 December 1943 and known as the USS Burleigh. Before she became a commercial cargo ship, she served as a Bayfield-class attack vessel during World War II.  She was commissioned shortly after her launch, and later on saved as the flagship of Transport Squadron 18 in 1945. During the war she transported passengers ands supplies to Pearl Harbour, Guadalcanal, and the Russell Islands. Towards the end of the war she was also assigned to Operation Magic Carpet, which aimed to return veterans from the Pacific. She received one battle star for her service during this war.

Subsequently, she was sold and renamed the Hawaiian Pilot. She served as a cargo ship for 20 years until 1973, when she was scrapped after a long and eventful career.

The Hawaiian Pilot model ship has been constructed in great detail and is mounted on a solid wooden base with brass name plate. The model is a striking piece that would make an exquisite addition to any space.

Sorry we have no extra information for this product
This Vessel Type is Bulk Carrier
Copyright © 2022. UK Premier ship Models. All Rights Reserved.