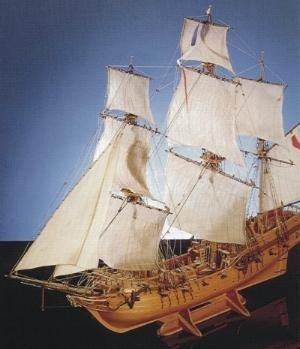 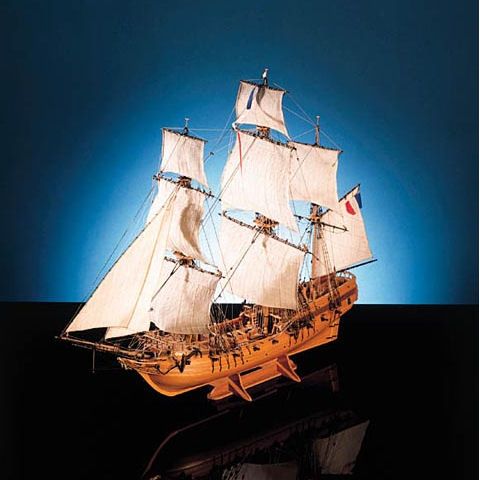 Le Tonnant was a French privateer ship built during the 1700’s. During this period of history, there was a great deal of conflict across Europe and the French were involved in several wars including the Seven Years War and the conquests of Napoleon. These conflicts led to a greater demand for the French to have warships at their disposal.

European nations were in need of a great deal of different types of vessels during this period of great conflict. It was not just warships that guaranteed secure the expansion of countries such as France. Countries across Europe were increasingly developing their trade networks and were in need of more merchant vessels. With a greater number of merchant vessels carrying precious goods and cargo, the more susceptible ships were to attacks from enemies, such as pirates or other countries.

That is why ships like Le Tonnant, a typical merchant vessel, were fitted with a large armoury. The ship was loaded with many small calibre guns, which were especially effective in short range fire. This helped Le Tonnant to defend itself in close range, decreasing the chances that she would be boarded and overrun. Le Tonnant was perfectly capable of defending herself whilst carrying large quantities of cargo and her large mainsail meant she could reach high speeds and outrun any pursuers. These qualities made her extremely effective as a merchant vessel.

The Le Tonnant model kit is produced by Corel, an Italian-based manufacturer of highly detailed model boat kits. We have been offering Corel kits to our customers for many years and have always had positive feedback from them regarding the quality and accuracy of the kits. Corel produce model kits of a whole variety of different ships, mainly historical, please click here if you wish to view the rest of their offering.

The kit contains all pre cut pieces, which have been cut using laser technology, necessary to finish building an accurate replica of Le Tonnant. Instructions are included in English. If you have any questions about this model kit, please feel free to contact us by clicking here.