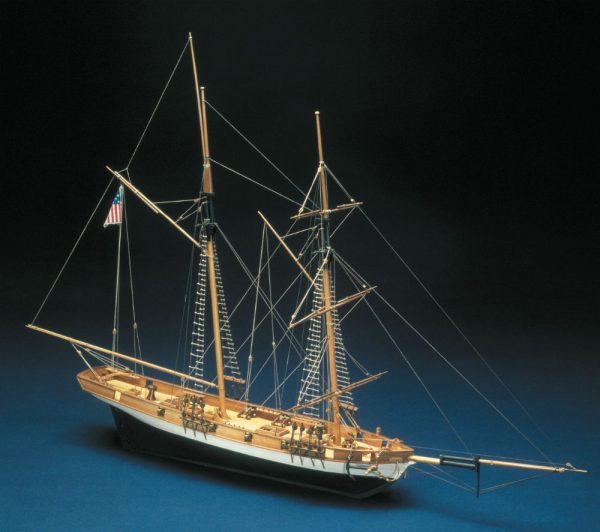 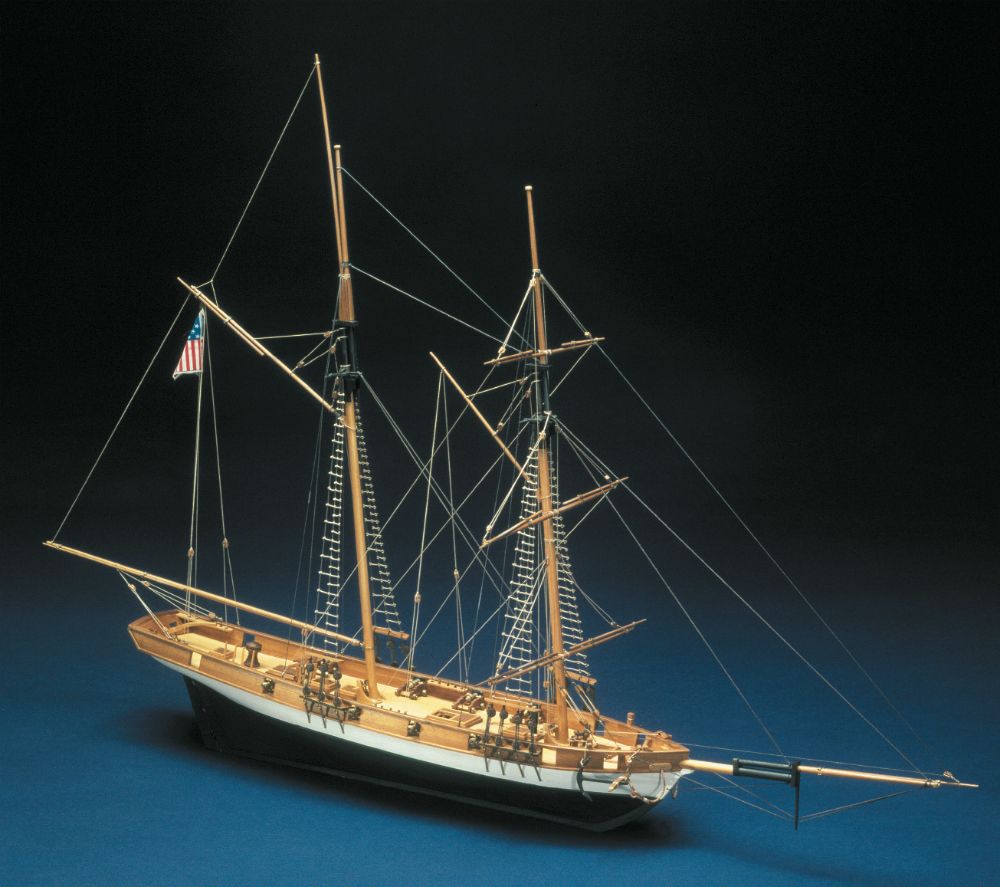 Back In Stock Mid January

The international conflict that plagued Britain throughout the 1700’s showed no sign of stopping during the 1800’s, after the Americans went to war over their independence in 1812. The British had only just finished fighting Napoleon when word came across the Atlantic. At this point, the American Navy totalled just 17 vessels, so it was greatly eclipsed by the Royal Navy, who at this point had achieved dominance on the oceans after defeating Napoleon.

As was customary in war times, the private ship owners were given licence to attack enemy ships in support of the war efforts. This led to the term given to some vessels as ‘privateers’. The Lynx Baltimore Schooner was a privateer vessel designed and built by Thomas Kemp in 1812 at Fell’s Point, Maryland.

The role that the privateer vessels played during the war was twofold. Firstly, they were tasked with breaking the British blockades at various coastal lines and ports across America. The British made this task easier by assigning several of their warships to accompany their merchant vessels instead of supporting the blockade, making them weaker and thus easier to break. The second task of the privateer vessels was to ‘cause trouble’ for the British merchant vessels by disrupting their trade routes and in some cases stealing their cargo. This made the privateer trade pretty profitable during the war, hence why more and more private ship owners began to join in.

In 2001 in Rockport a replica of the Lynx Baltimore was finished by Woodson K. Woods and Melbourne Smith. The replica is intended to act as an educational project for young Americans, teaching them about life during the war and the role that privateer vessels like the Lynx Baltimore played in securing

This model ship kit is manufactured by Mantua Models, a UK-based group. Mantua uses the latest laser technology to produce fine model kits for you to build at home. They have a big offering of a whole variety of different vessels; please click here if you wish to view other Mantua Models.

All parts are pre cut and full instructions are included in plain English. If you have any questions about this model kit, please click here to contact us. Worldwide delivery is available.