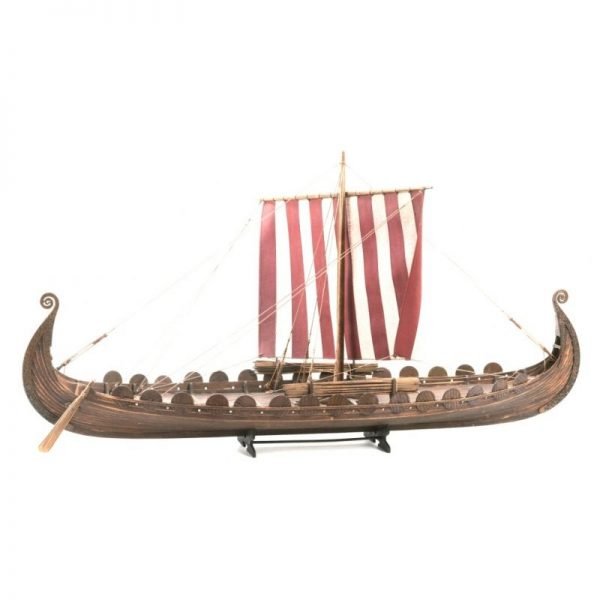 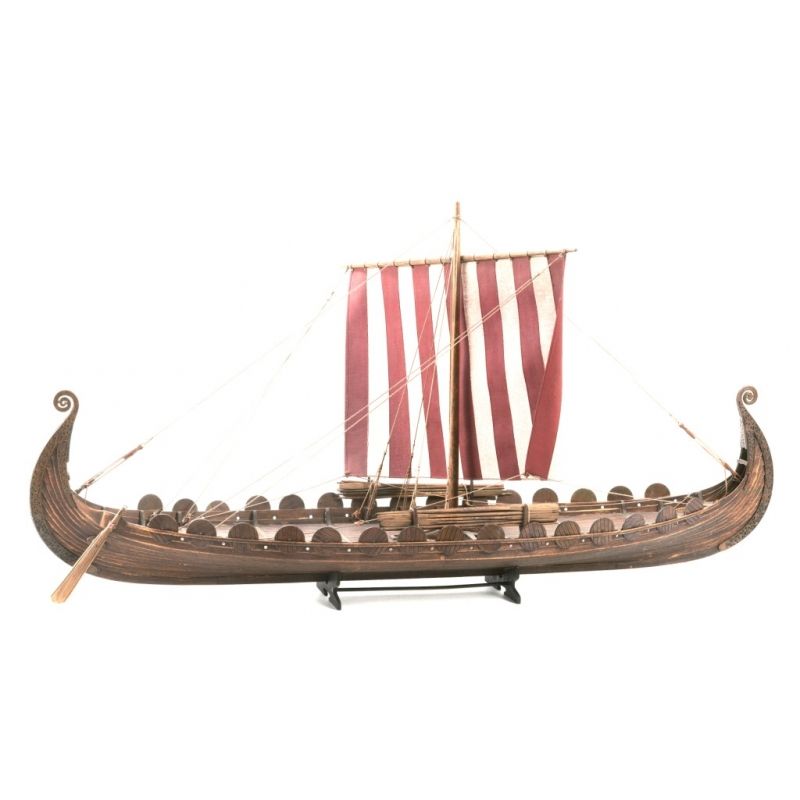 The ferocious Vikings have made a name for themselves in the history books after a period of great conquest across Europe. The Vikings built a whole variety of different ships to support their efforts in growing as a civilization, from fishing ships to warships. The ships were very fast as they had a long and slim hull with a huge mainsail. The hull also allowed for the capability to sail in shallow waters such as rivers meaning they could travel upstream, offload their warriors to fight in combat and then quickly get back on board if it looked like they were losing.

Viking ships were built from long planks of wood, typically cut from oak. They were built on a riverbed and then offloaded along tree trunks. The ships could achieve even greater speed with the assistance of oar propulsion alongside sail. The flexibility of using oars to move also solved the problem of sailing without wind. The ships could hold between 40 and 60 men. The Vikings would normally sail along the coast looking for landmarks. They used the sun as a compass, west or towards the sunset meaning their route was heading for England and east or towards the sunrise meaning they were on their way home to Denmark/Norway.

The Oseberg Viking ship was thought to have been built in the 800’s and was discovered in 1904. It was built underneath a farm by the Vikings as a funeral ceremony, presumably because those on board died whilst fighting. The Oseberg is now preserved in a museum in Oslo.

This is a model replica of the Oseberg Viking ship. The boat kit has been produced by Billings Boats, a Danish-based company founded in the 1950’s. Billings have a good reputation for building high quality kits that are a close match to the original vessel. All pieces are pre-cut using the latest laser technology to ensure complete accuracy. The kit contains all pieces needed to complete the model including instructions in English, German, Danish, Italian and French. If you have any questions about this kit please feel free to contact us. To view other models by Billings Boats, please click here.