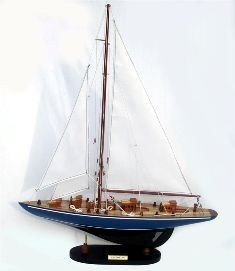 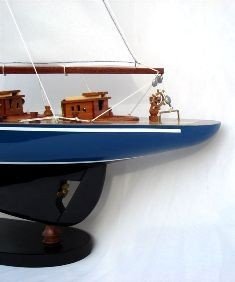 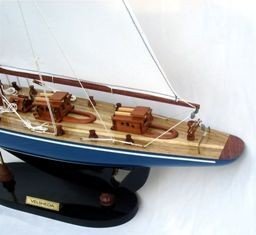 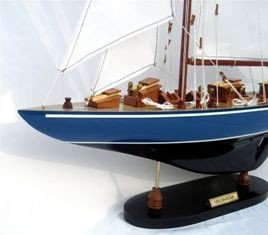 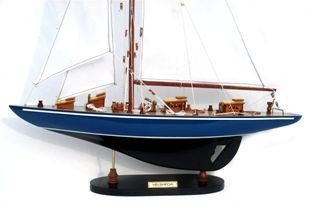 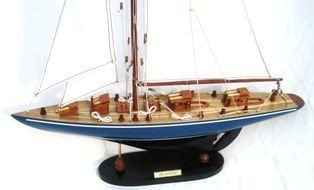 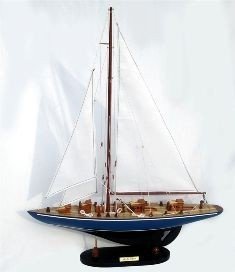 Besides handcrafted model ships built from scratch, Premier Ship Models offers also detailed ready made ship models in its Standard Range. This detailed replica of a very elegant yacht is a nice model to decorate your office or home. This model ship is a wooden miniature of the famous Velsheda yacht designed by Charles Ernest Nicholson and built by Camper and Nicholson’s in Hampshire in 1933.

This famous J-Class yacht was built for businessman William Lawrence Stephenson and initially won many races in her category even against the famous competitors like Britannia, Endeavour or Shamrock V. These model yachts are also available as miniature replicas in our Standard Range. Stephenson’s three daughters, Velma, Sheila and Daphne are the origins of the name of his new yacht, Velsheda.

The great design of the yacht was a basis for achieving an outstanding record of success in the second season of racing, winning more than 40 races at regattas from Southend to Dartmouth. During the races, Velsheda was under the supervision of Captain Fred Mountifield, who was a commander of 16 permanent crew members.

Velsheda possessed one of the most advanced technical designs for spars, rigging, deck gear, ropes or sails in 1930s. The advanced technical design represented also the sails which were made from the new Terylene threads and the masts made from aluminium while the interior was very simple, containing only the main saloon, owners quarters aft or the storage room for equipment.

After being laid up in mud berth on the River Hamble in 1937, she was rescued by Terry Brabant who offered to refit the ship. After a restoration which included also incorporation of new steel mast, she sailed along the UK South Coast or occasionally into Mediterranean or Caribbean. She was laid up in Gosport in 1995/6 and purchased by C & N yard. She was restored to have a diesel engine, carbon fibre mast to be re-launched in 1997 and later purchased by a Dutch businessman Ronald de Waal.