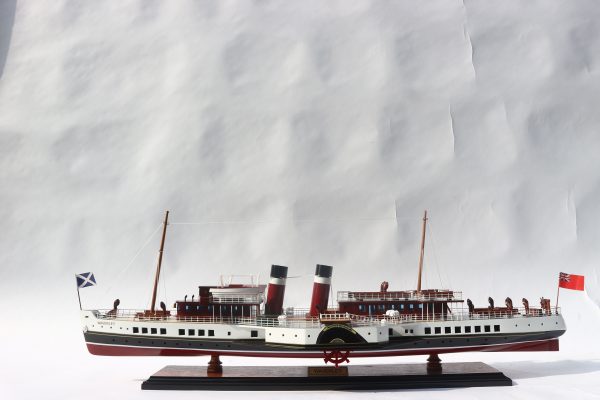 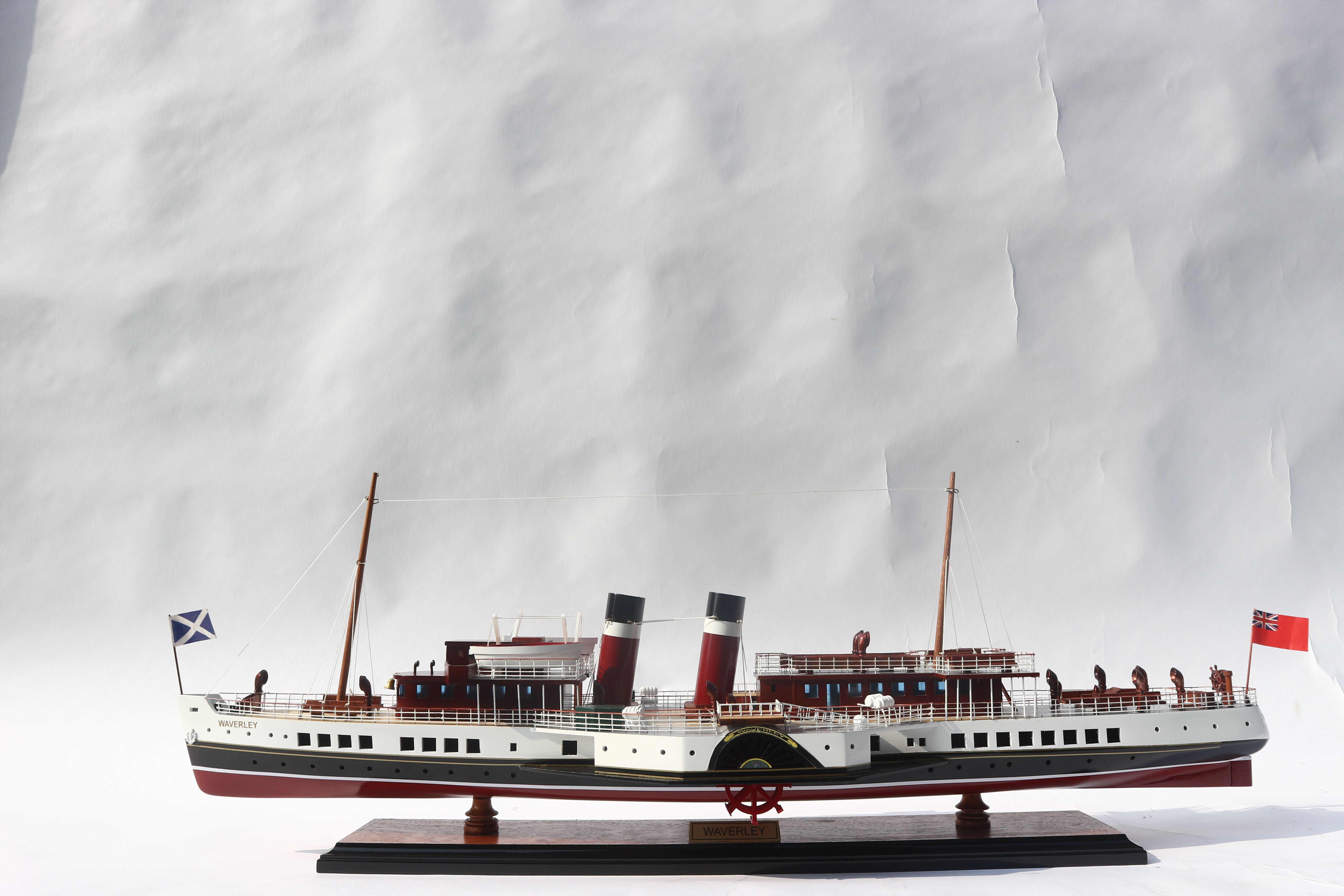 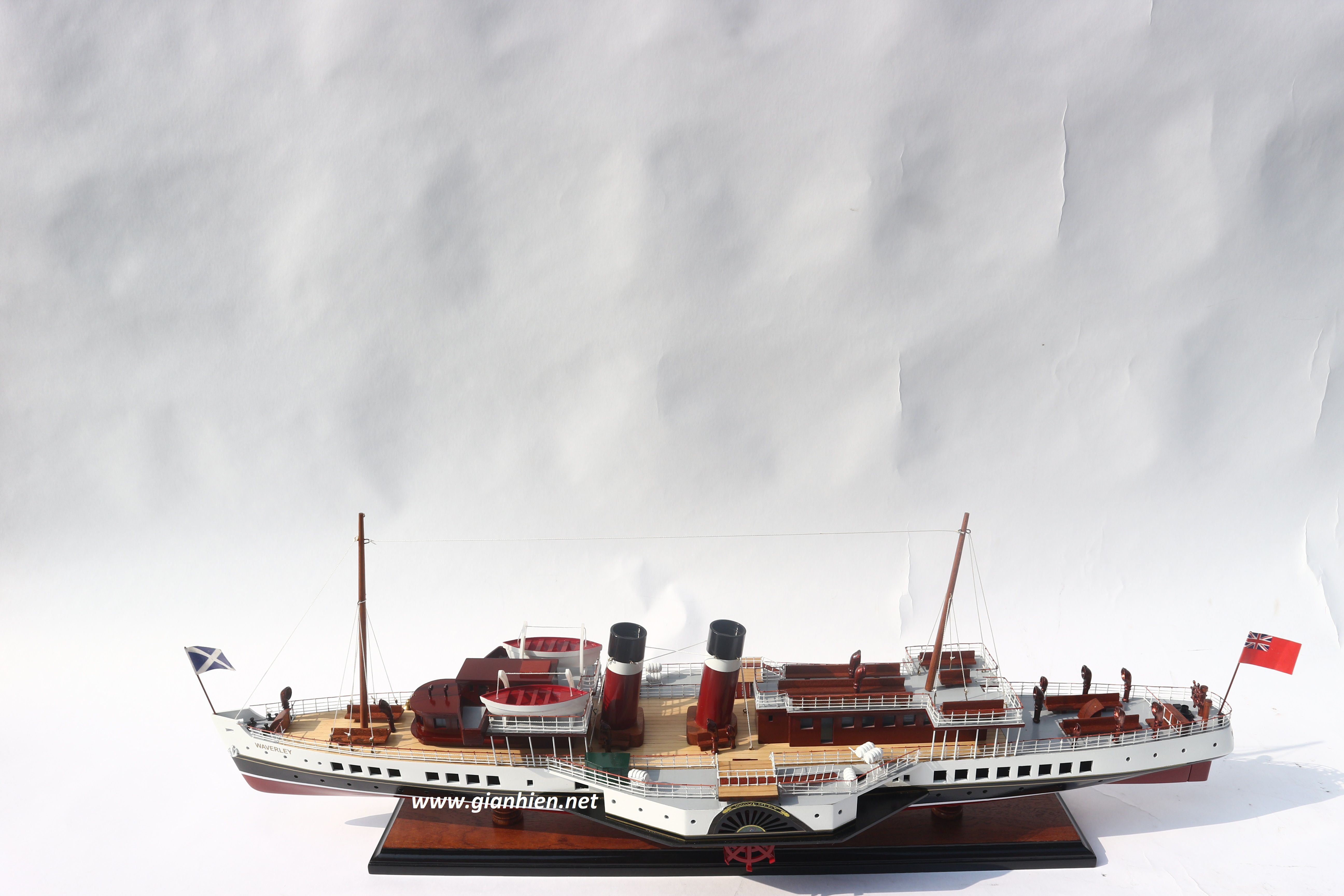 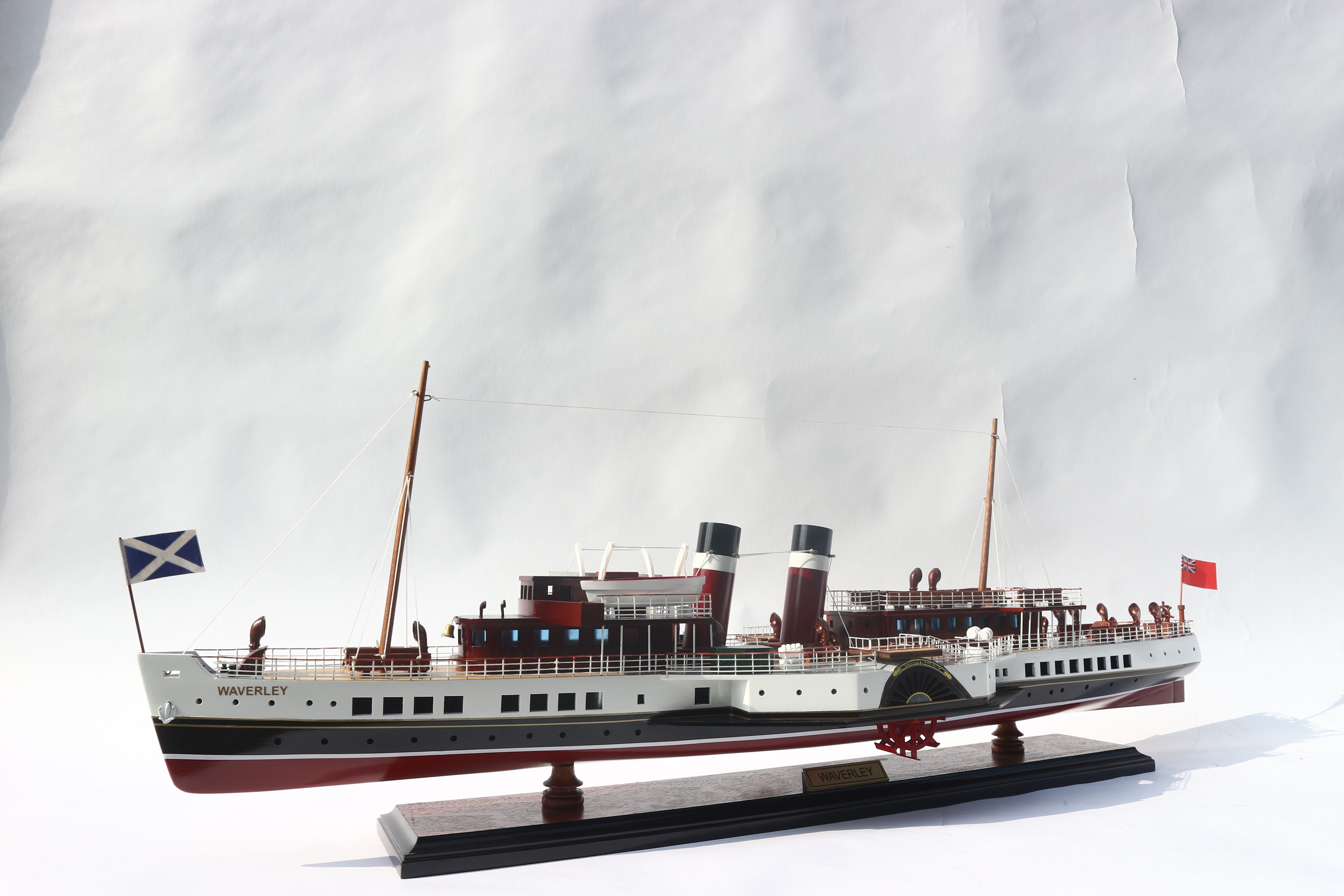 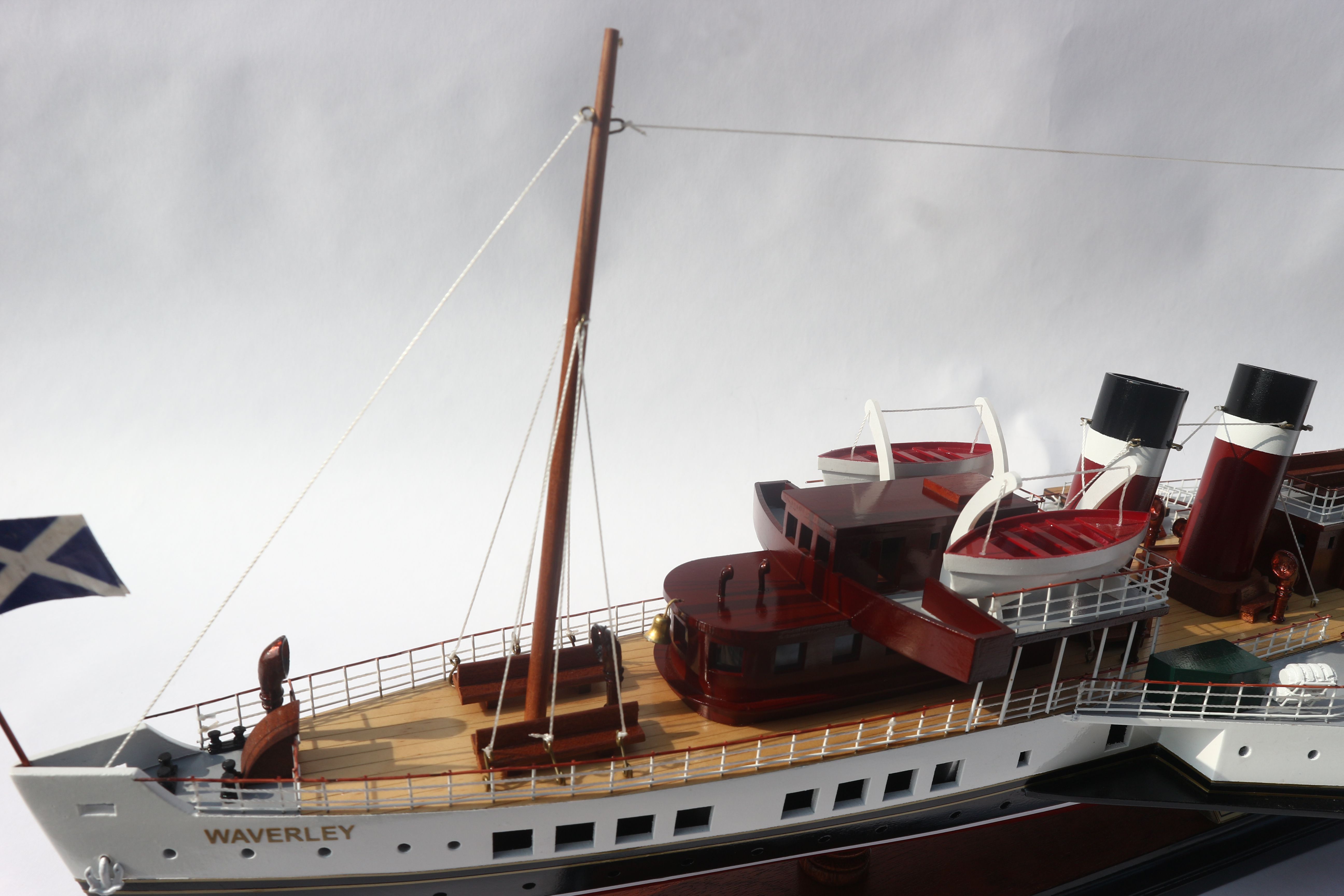 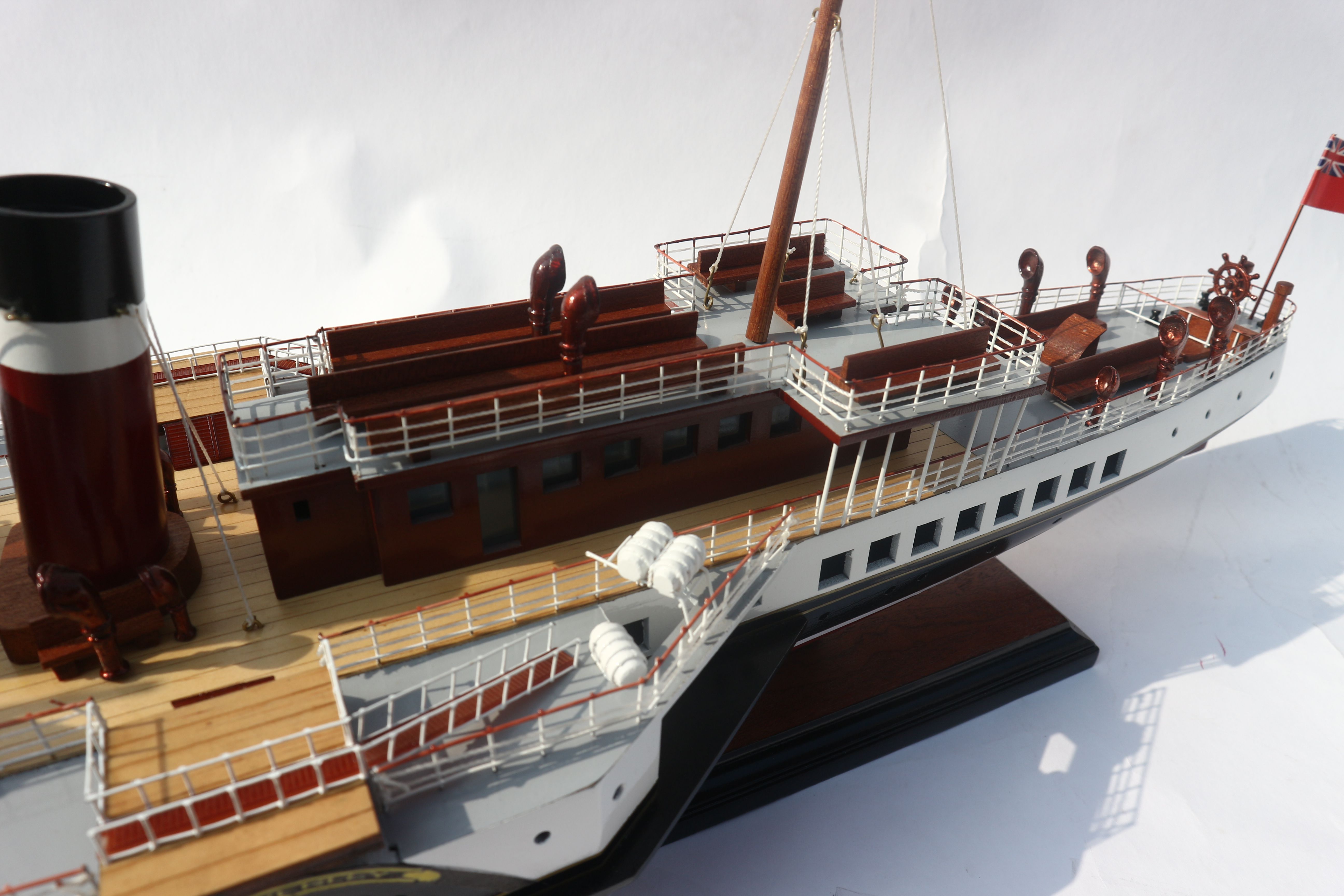 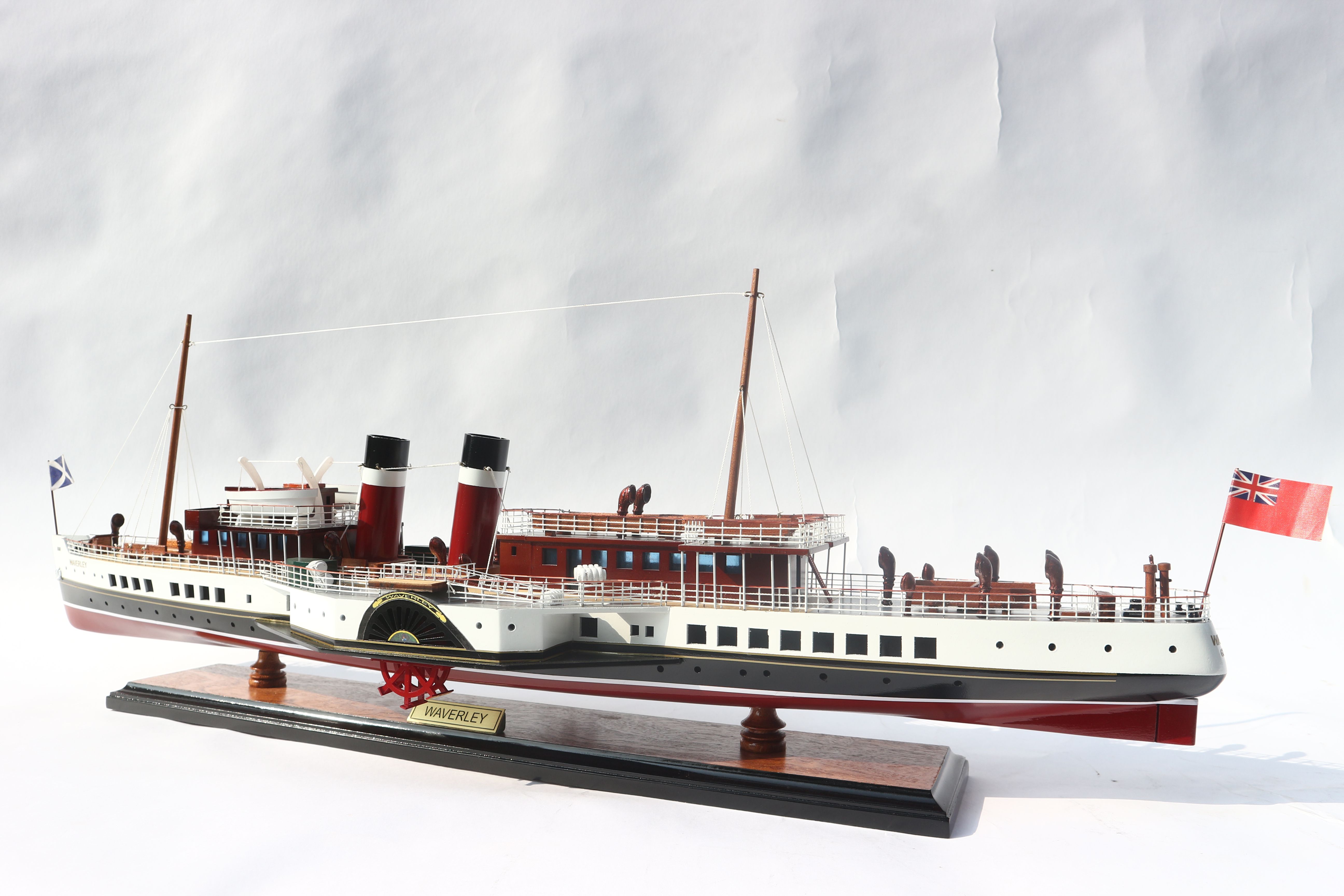 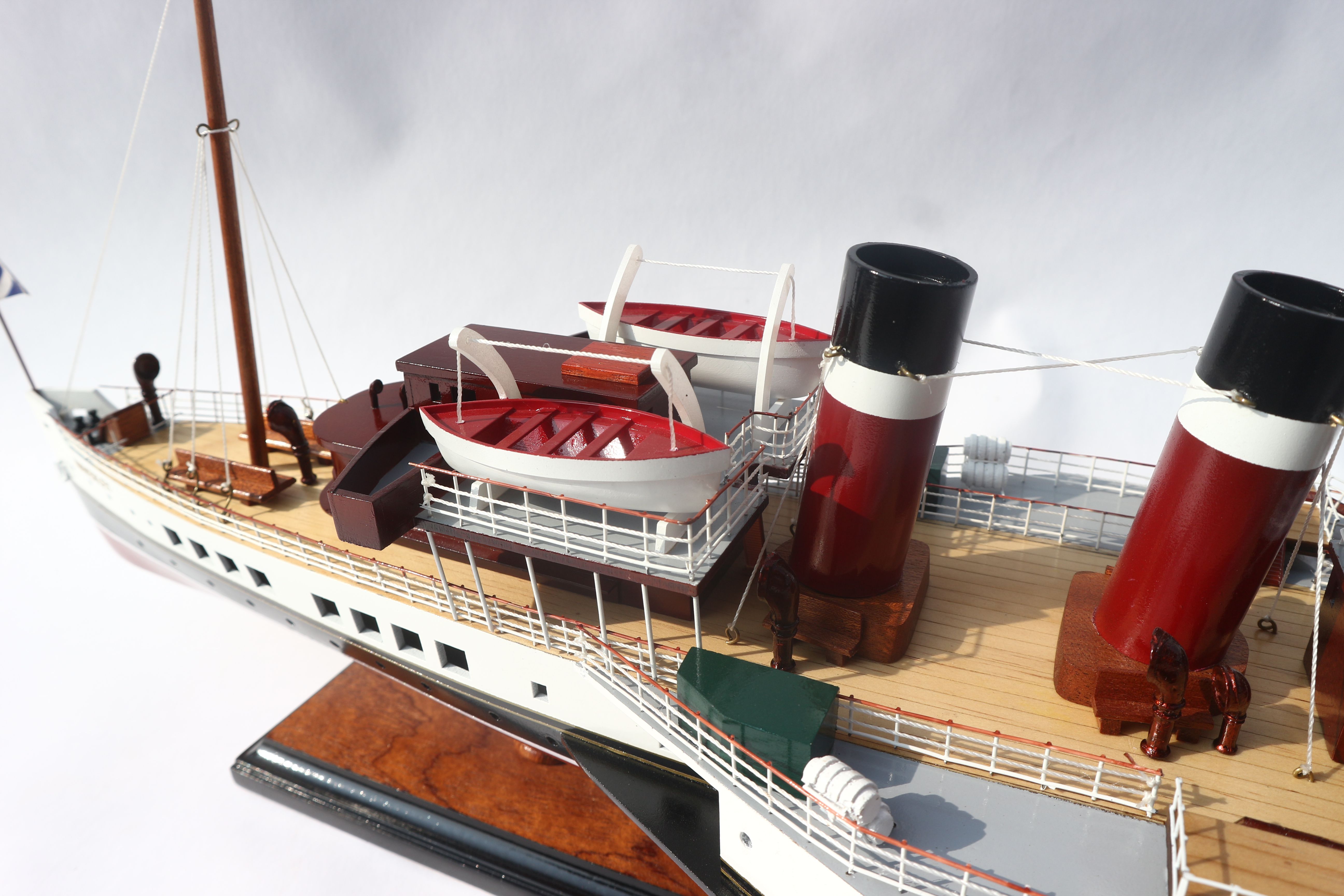 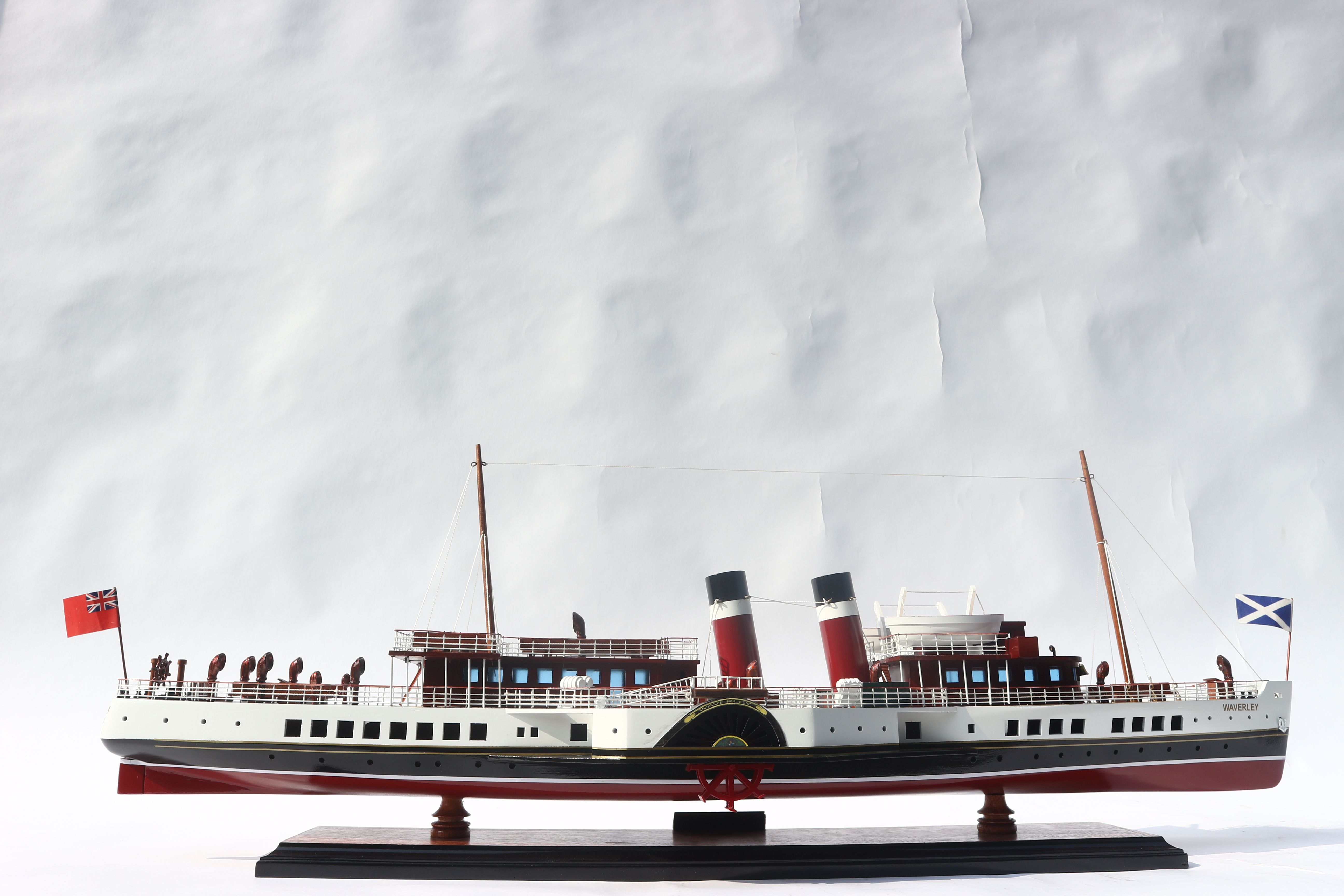 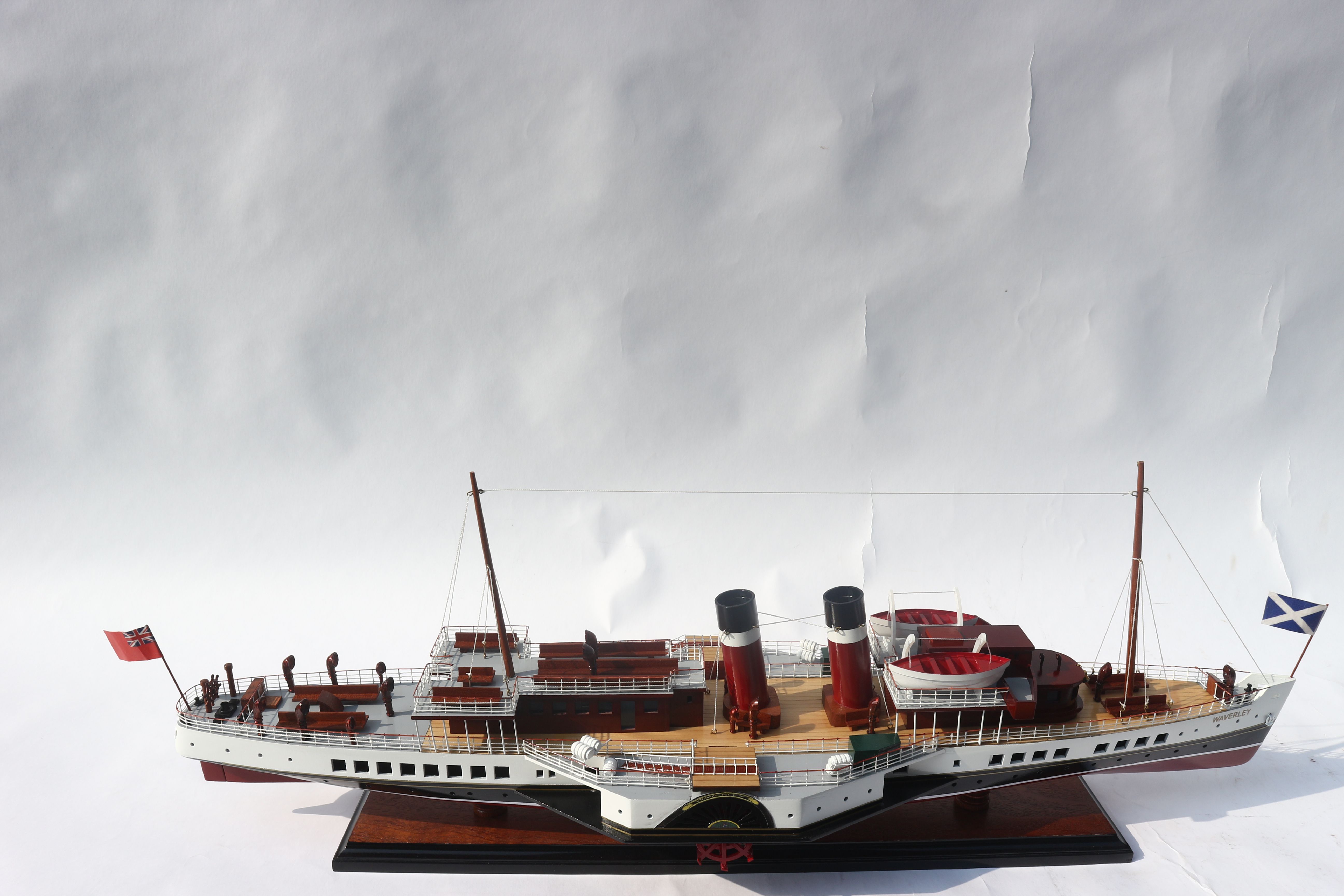 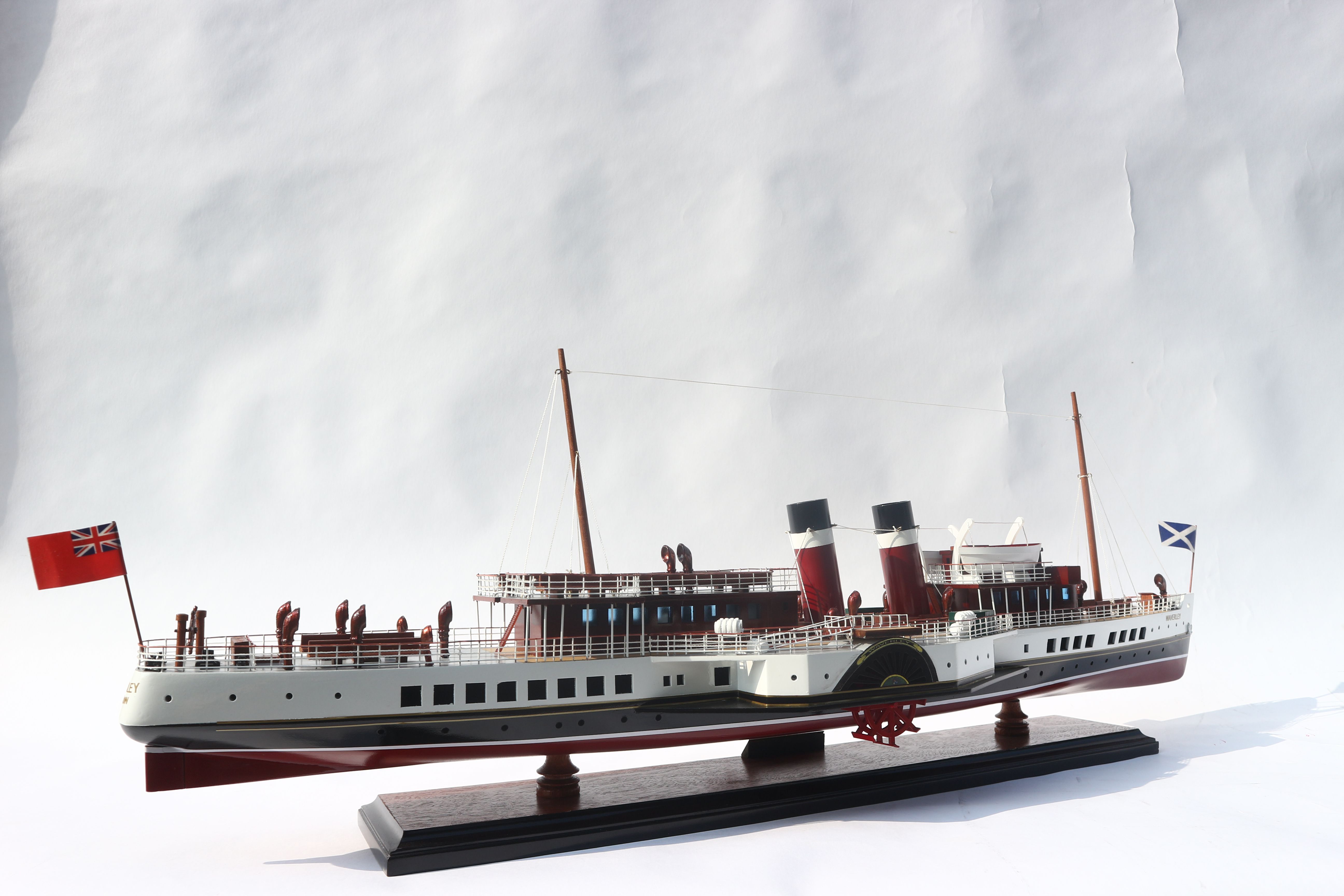 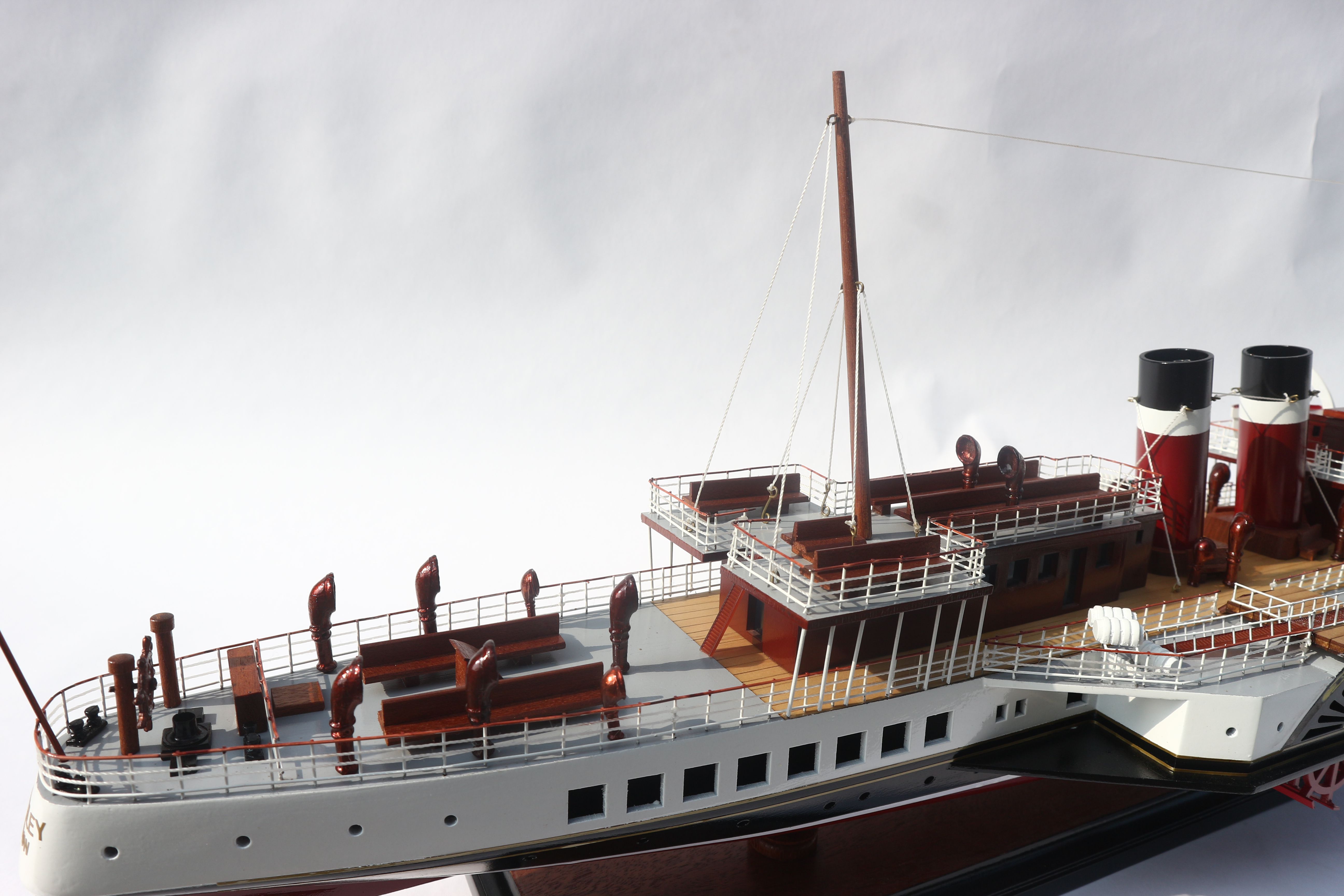 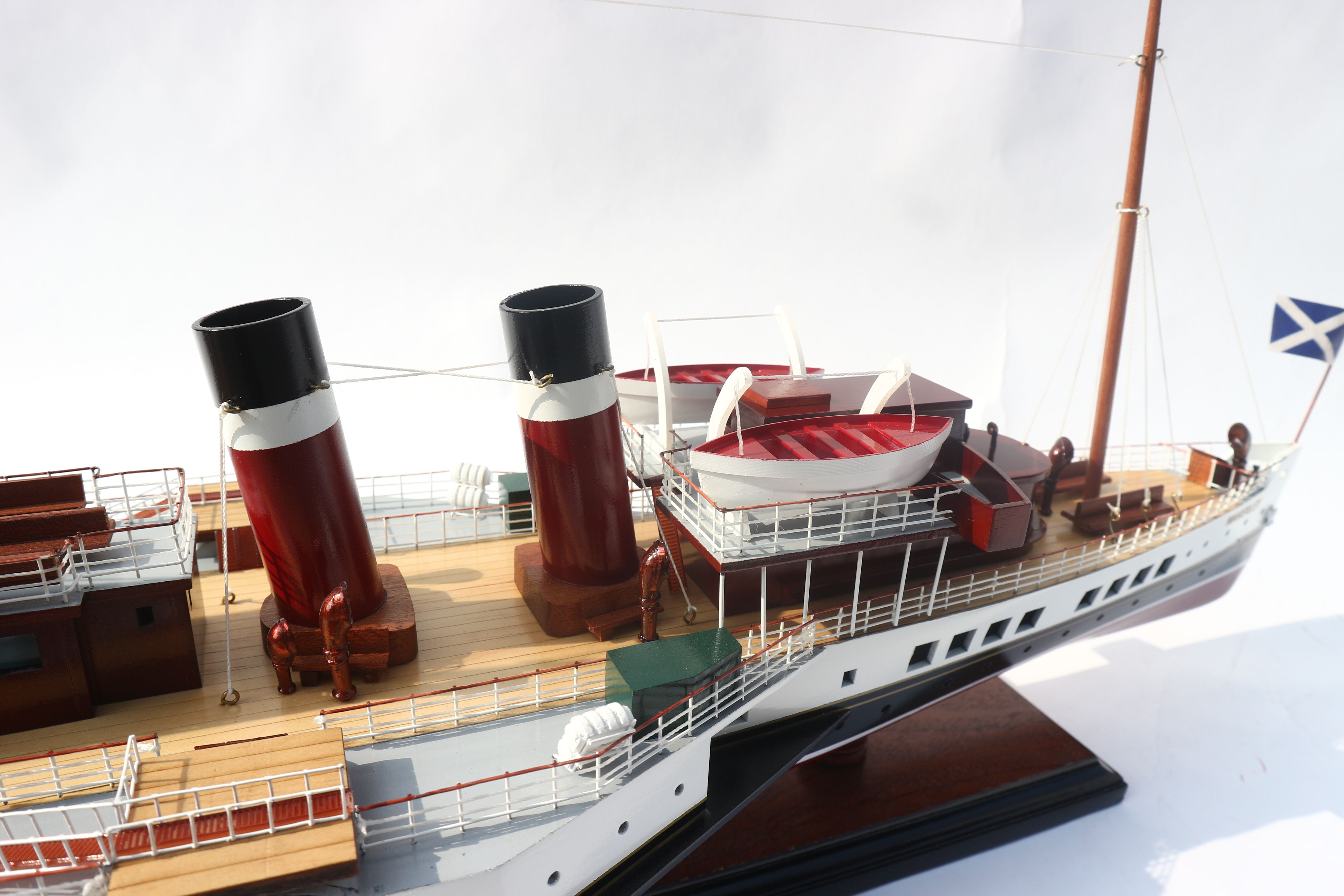 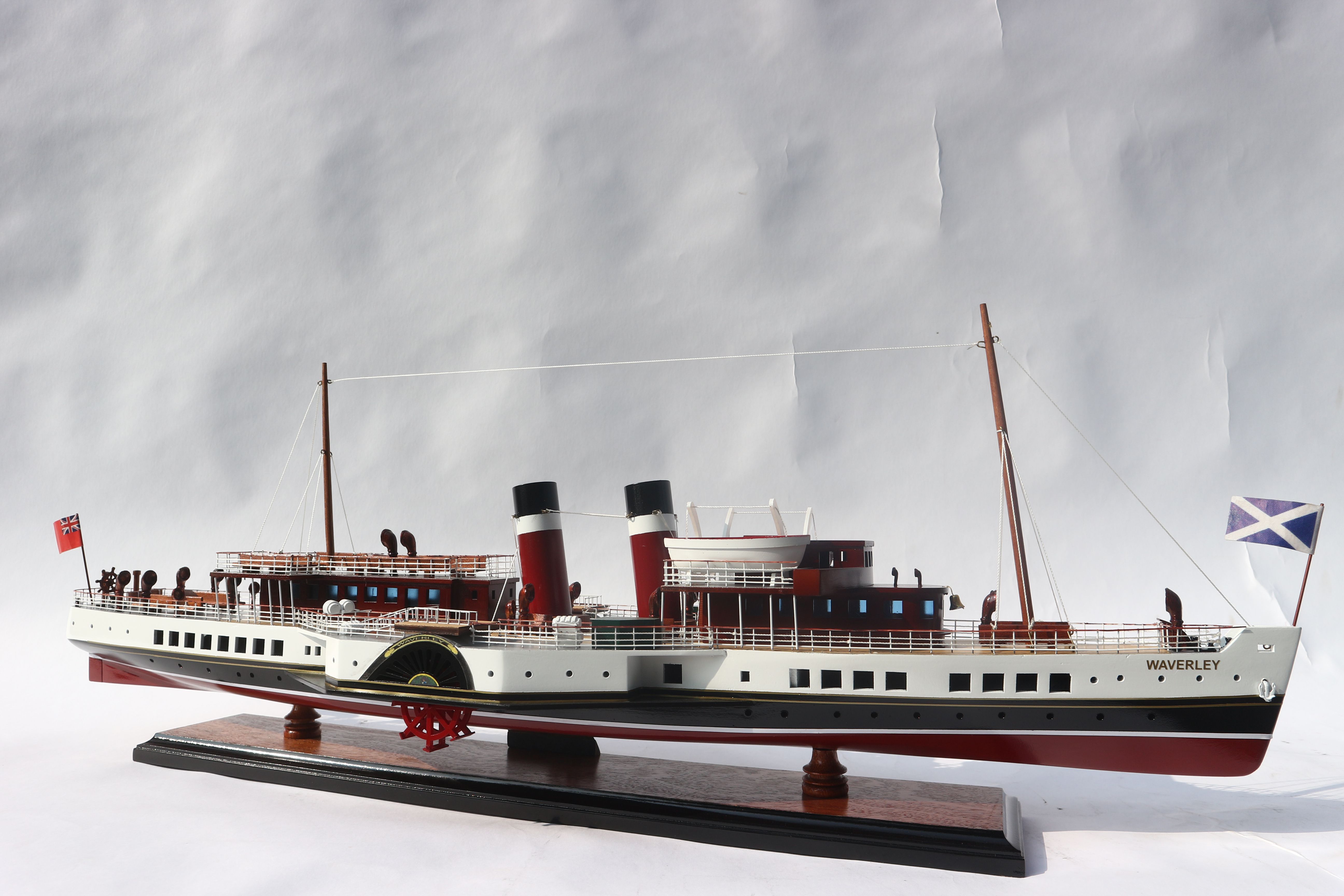 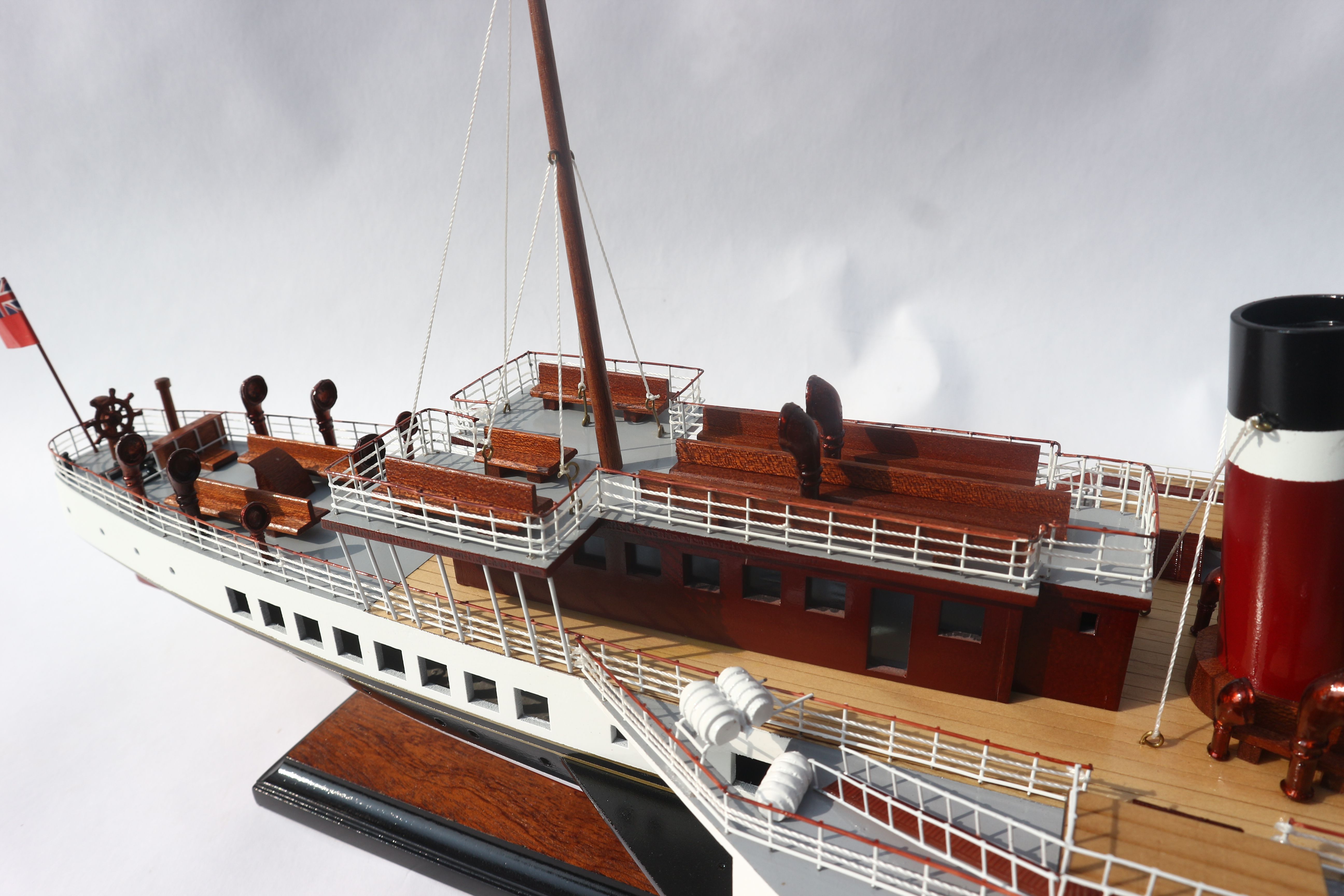 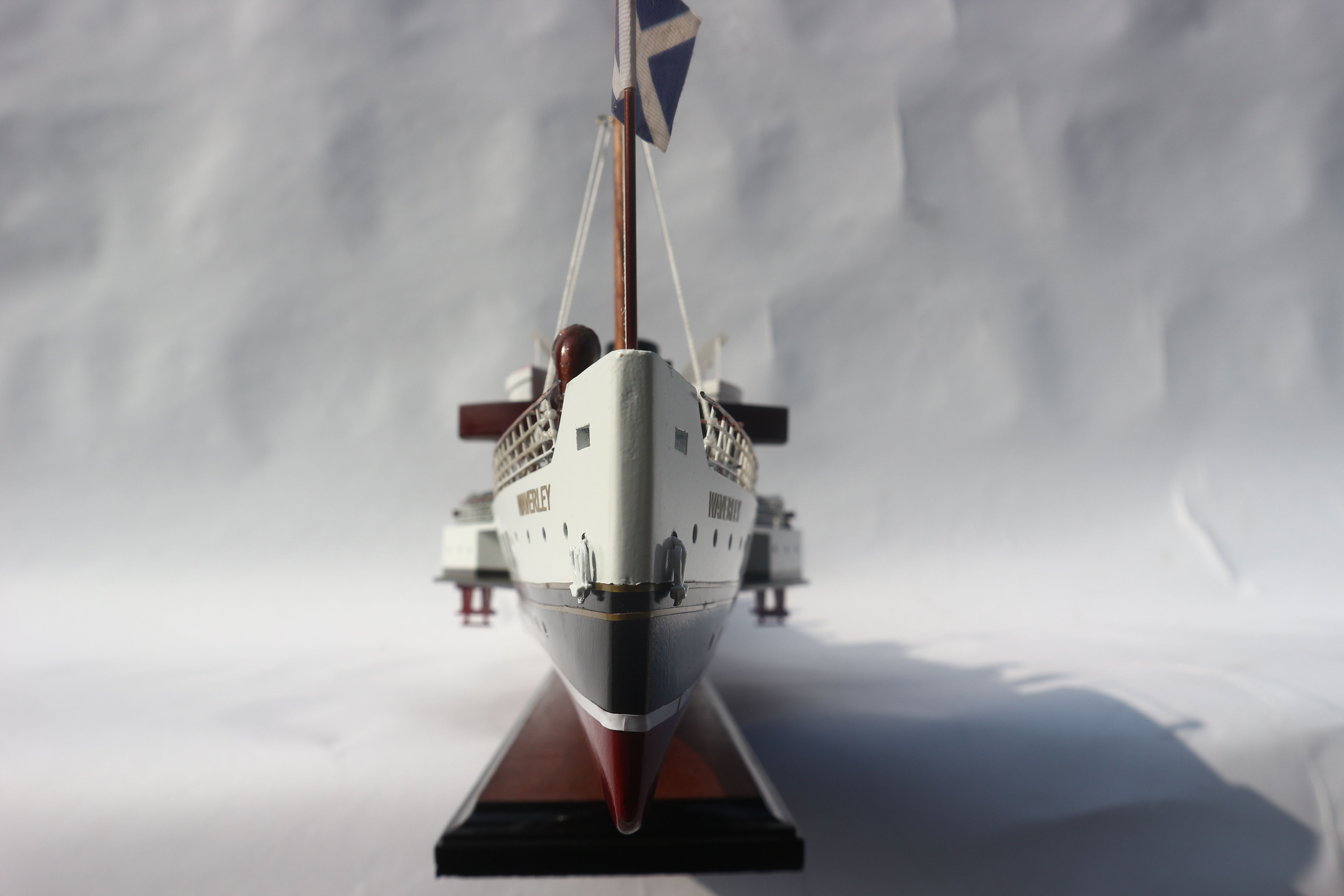 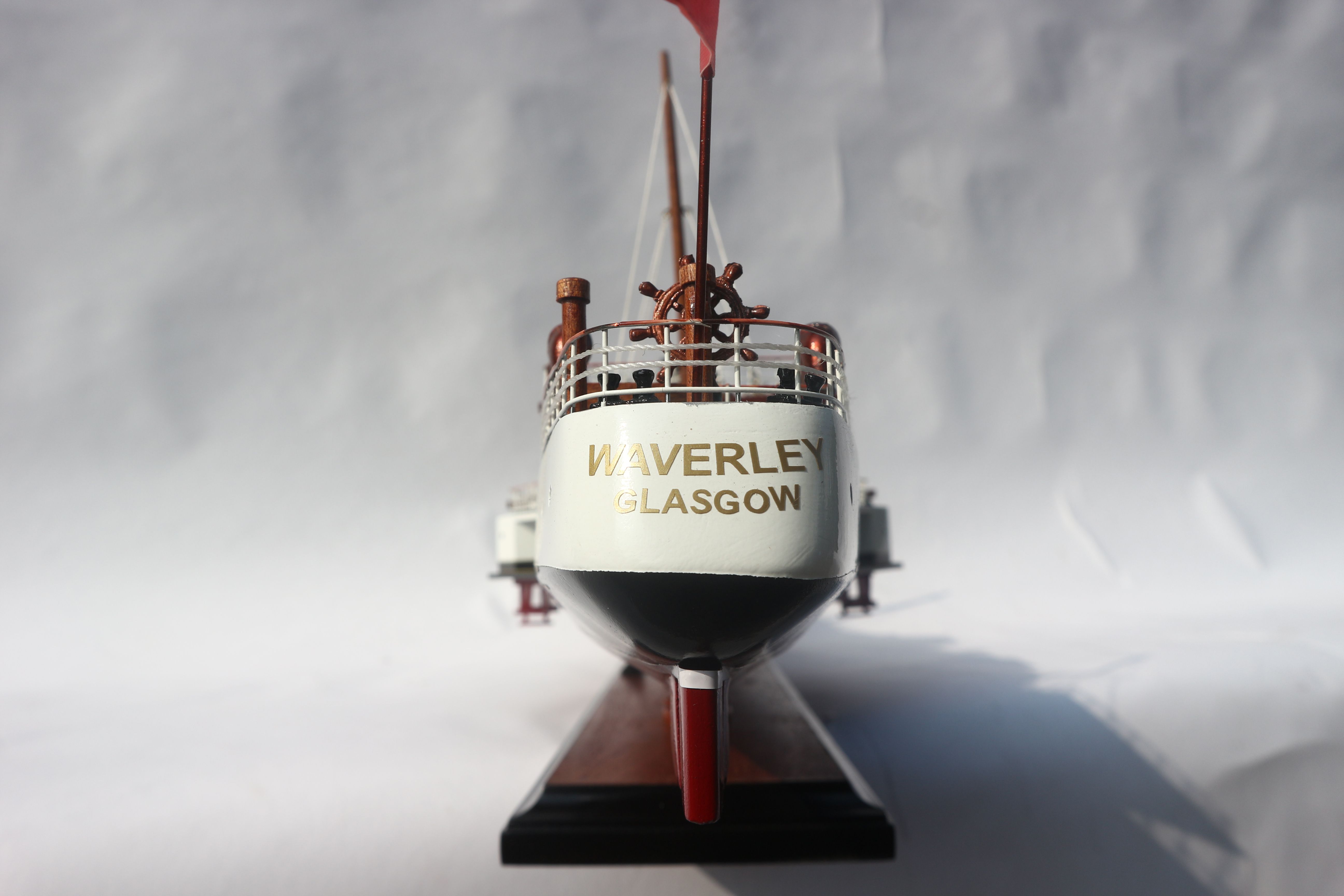 About the PS Waverley

Built in 1946, the PS Waverley is the oldest seagoing passenger carrying paddle steamer in the world. She was originally built to as a replacement for the former PS Waverley, which served during World War II. After her launch, she set out on a steamer rout from Craigendoran Pier to Arrochar. At the time, she belonged to the London and North Eastern Railway and was painted to represent their red, white and black funnel colours. In 1948, she was transferred to the ownership of the Caledonian Steam Packet Company (CSP), and her funnels were re-painted in yellow and black. 30 years after her construction, the PS Waverley was deemed to costly to operate. She was restored by the Paddle Steamer Preservation Society, and has since been operating and providing excursions every year around Britain. In 2003, the PS Waverley was recognised in the British National Register of Historic Ships core collection as a vessel of pre-eminent national importance.

About the PS Waverley ship model

The PS Waverley ship model has been scratch-built by master craftsmen, using her original plan and photographs. The model has been replicated with exquisite detail, in her original colours; red, black and white. This model requires hundreds of hours of work before completion and undergoes a stringent quality control process before leaving the workshop. The team of master craftsmen make use of their skills and expertise to build the hulls and bridges exclusively out of hand-picked hardwoods. Also used for building real-life ships, the construction method is known as the plank-on-frame technique, and takes years to master. In order to create a smooth finish, the model ship is sanded and varnished, before the painting begins. The details on this ship have been replicated using polished brass and metal finishes. The PS Waverley model ship would make an exquisite addition to any space. The model is mounted on a solid wooden base and includes a brass plate. This model is not a kit and is ready for display.

At Premier Ship Models, we are committed to building quality partnerships. With more than twenty years of experience, our manufacturers are specialised in the manufacturer of luxury hand-crafted model boat and ships. What originally began as an artisanal family workshop, now produces an extensive range of highly sought-after collectibles; Including classic speedboat models, historic tall-ship models, cruise ship models, moderns yacht models and battleship models. These ship models are carefully hand crafted and made from the highest quality hardwoods, sourced from local exotic wood resources.

Sorry we have no extra information for this product
This Vessel Type is Steamboat
Copyright © 2021. UK Premier ship Models. All Rights Reserved.