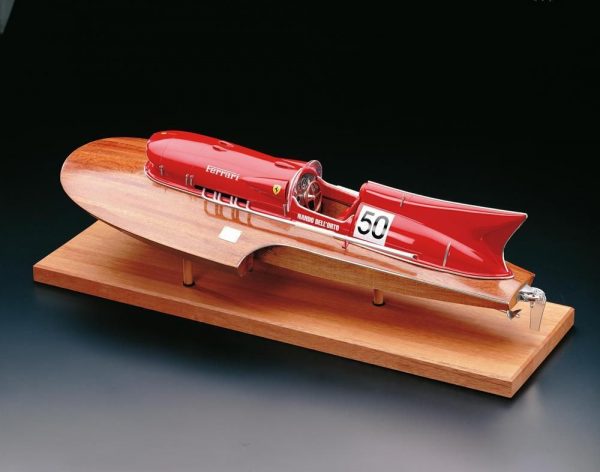 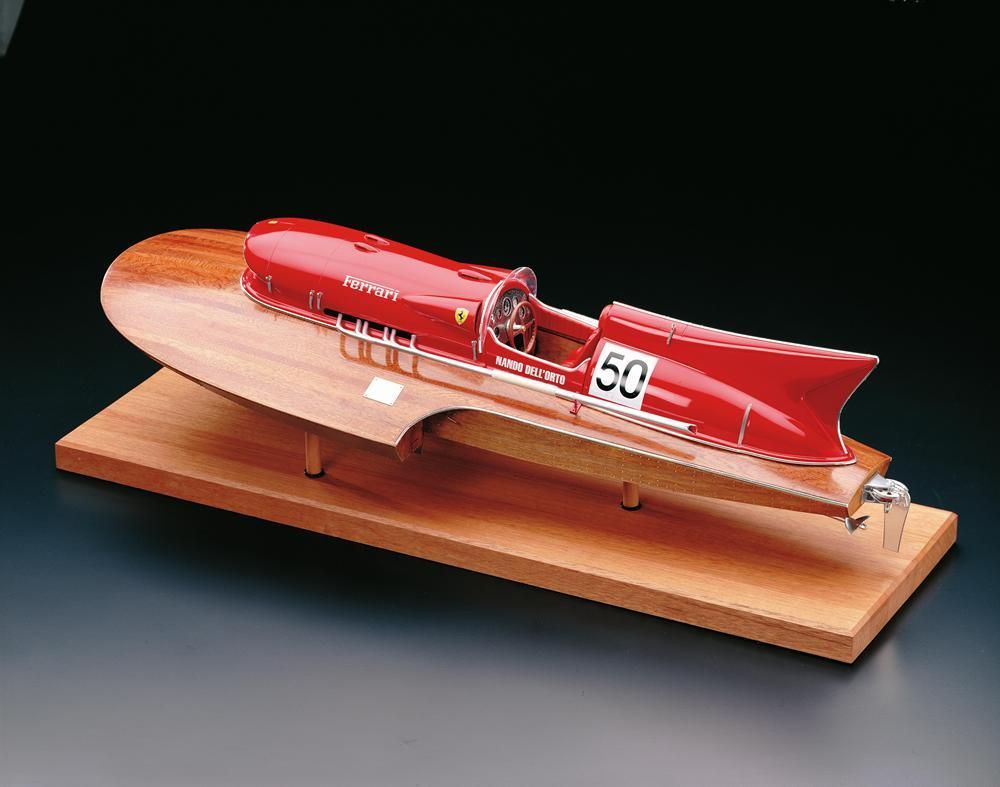 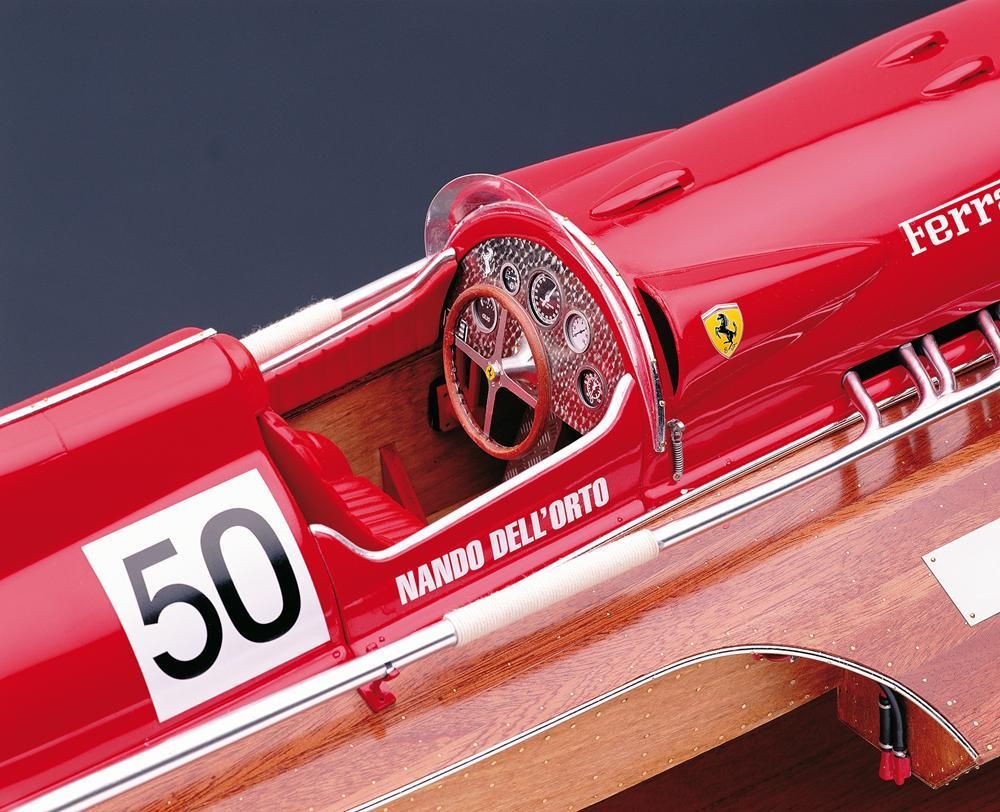 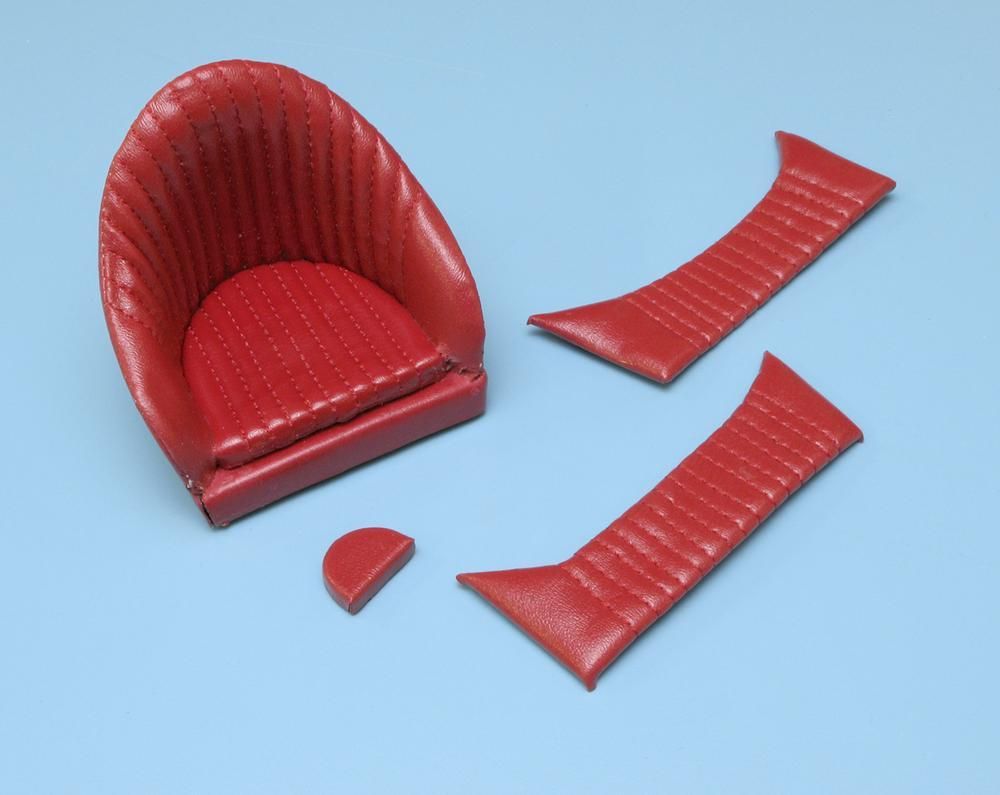 Arno X1 wooden boat model kit from Amati offered by Premier Ship Models is not a traditional kit; it is a great replica of an exceptional hydroplane. Amati is an Italian manufacturer known for producing high quality wooden kits for more than 60 years. Amati´s main objective when manufacturing their kits is to focus on accuracy, which Amati considers to be a major requisite in miniatures reproduction.

This Amati miniature hydroplane model of Arno X1 is a great replica of the original boat built in the early 1950´s. The kit includes laser pre-cut wooden hull, mahogany planking, photo-etched details, and metal and resin fittings. The model kit also features ready made fairing and stern fin, steel dashboard, resin exhaust and rudder. The kit also comes with clear and simple instructions. If you don´t want or are unable to build the kit by yourself, Premier Ship Models can assemble it for you and despatch it as a ready-made model.

Arno X1 hydroplane was built as an inspiration of Achille Castoldi in the early 1950´s by Timossi Cantieri on Lake Como. This hydroplane was built mainly because Castoldi´s motivation to establish a world water speed record, so he persuaded two Ferrari racing drivers to convince Ferrari to supply him a 4.5 litre, V12 engine. The engine was very famous because it gave Ferrari its first Grand Prix victory at the Silverstone Circuit.

Within reach of breaking the world record, Castoldi made some further modifications including attaching two superchargers which resulted in performance of 502 horse powers and maximum speed of 150 mph. This speed remains the world speed record for an 800 kg boat till today. Arno X1 retired in 1960 and since then it has been restored and sold.

To view other great replicas from Amati, please browse the Amati section of our website. Please feel free to Contact Premier Ship Models with any questions you may have.