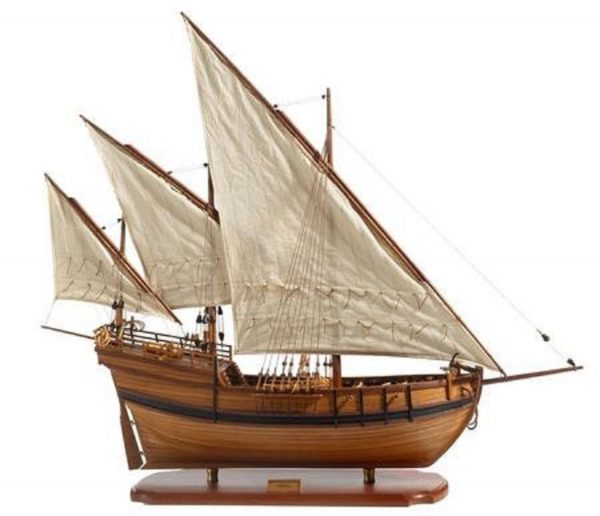 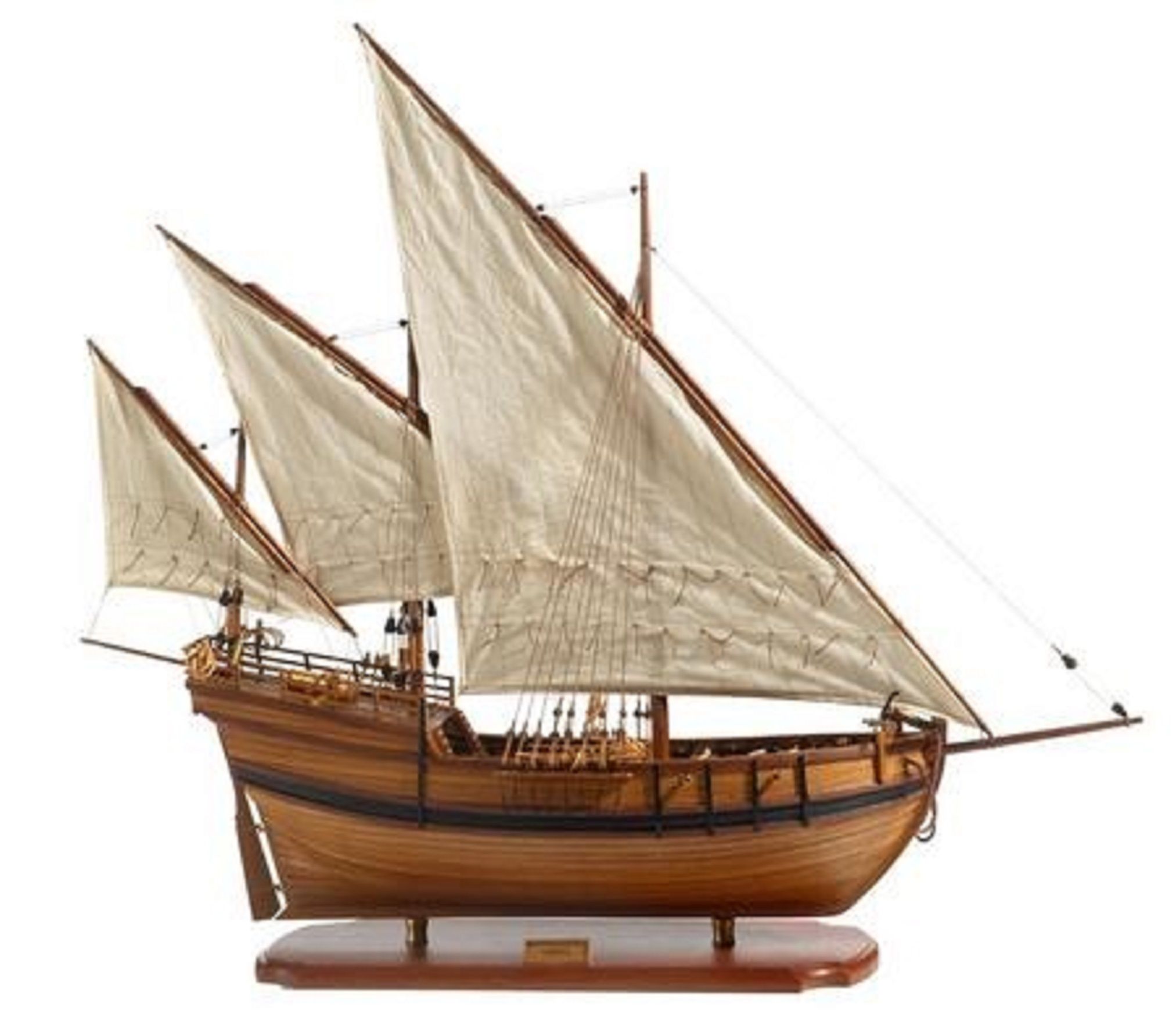 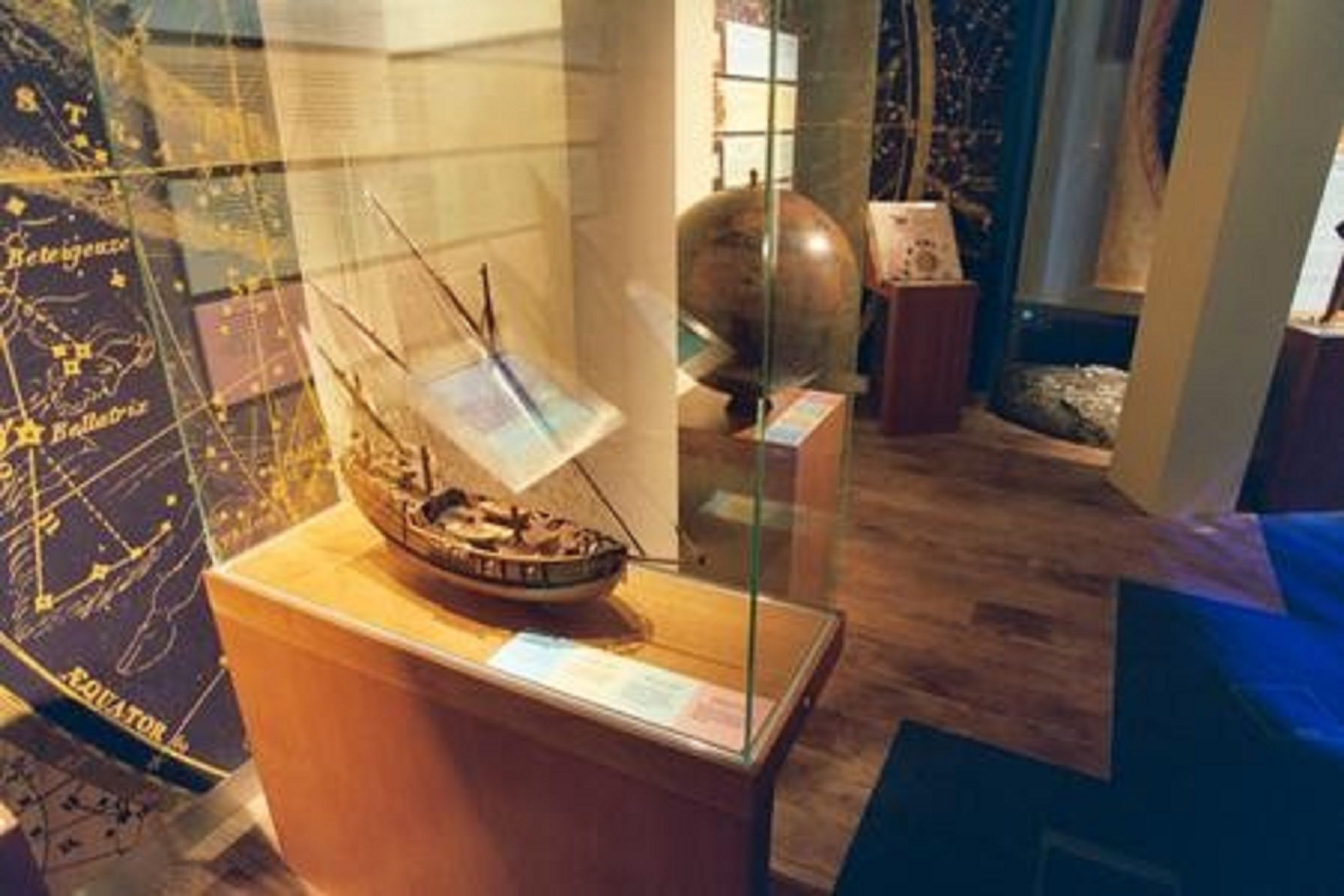 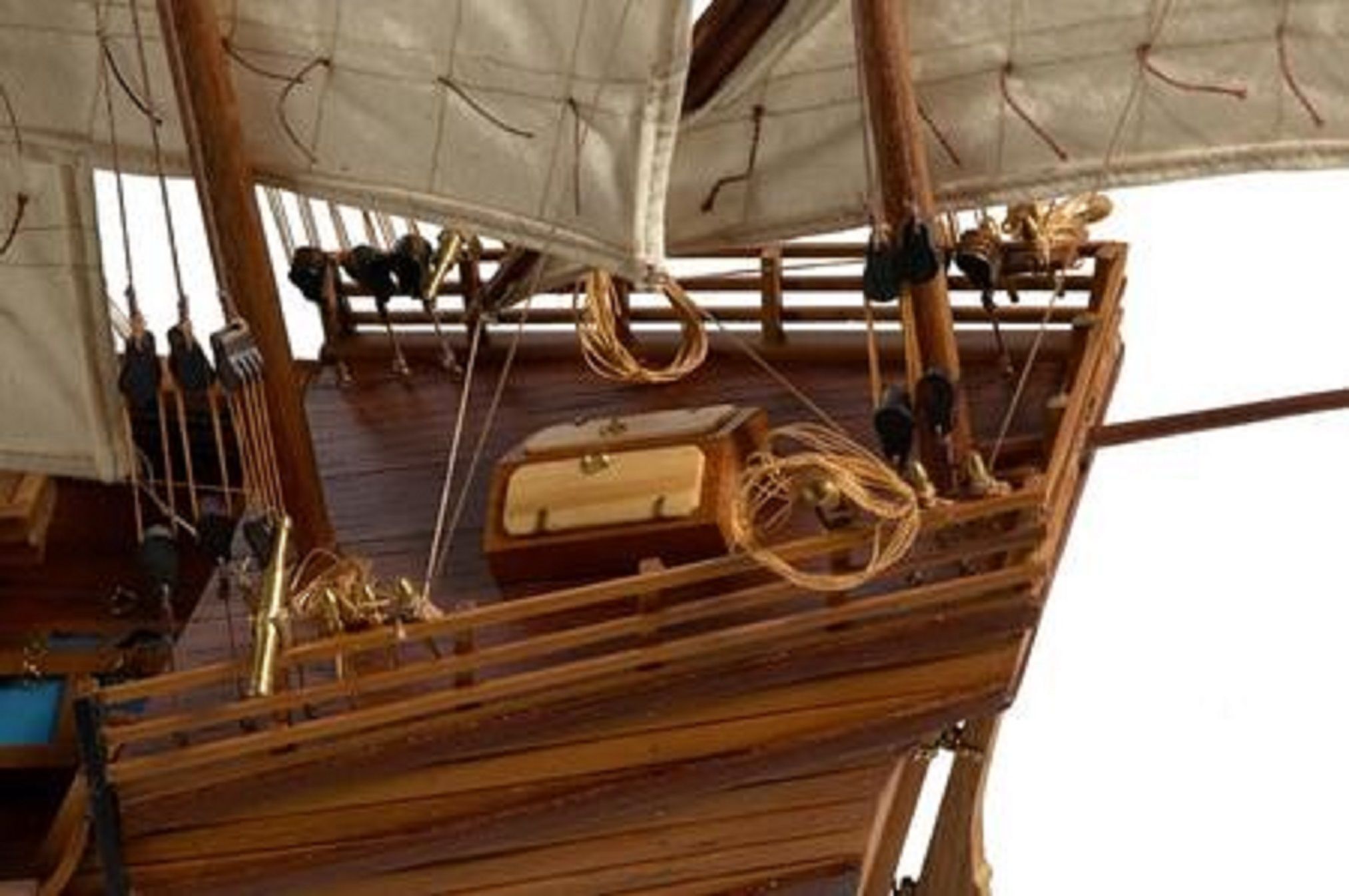 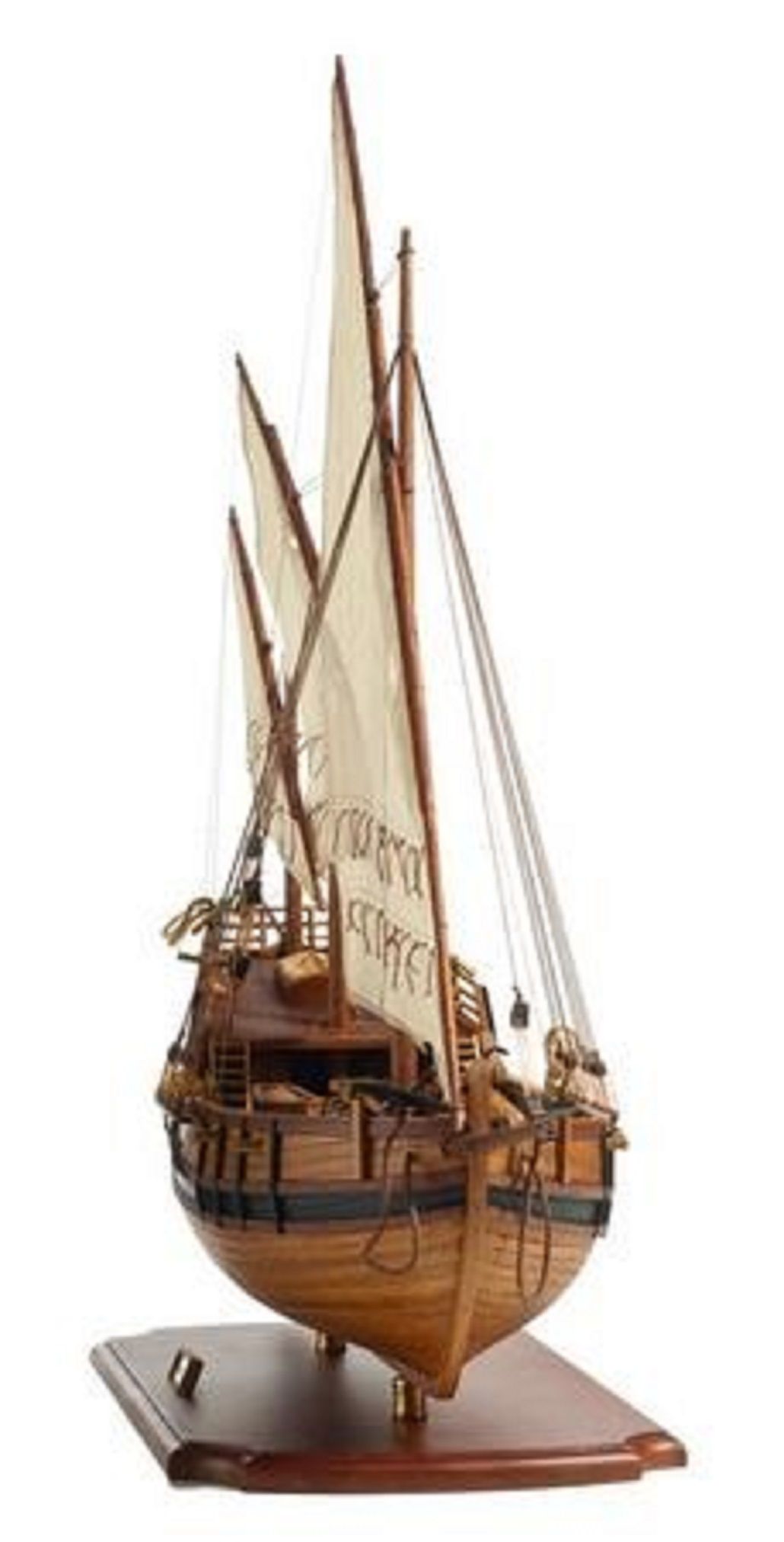 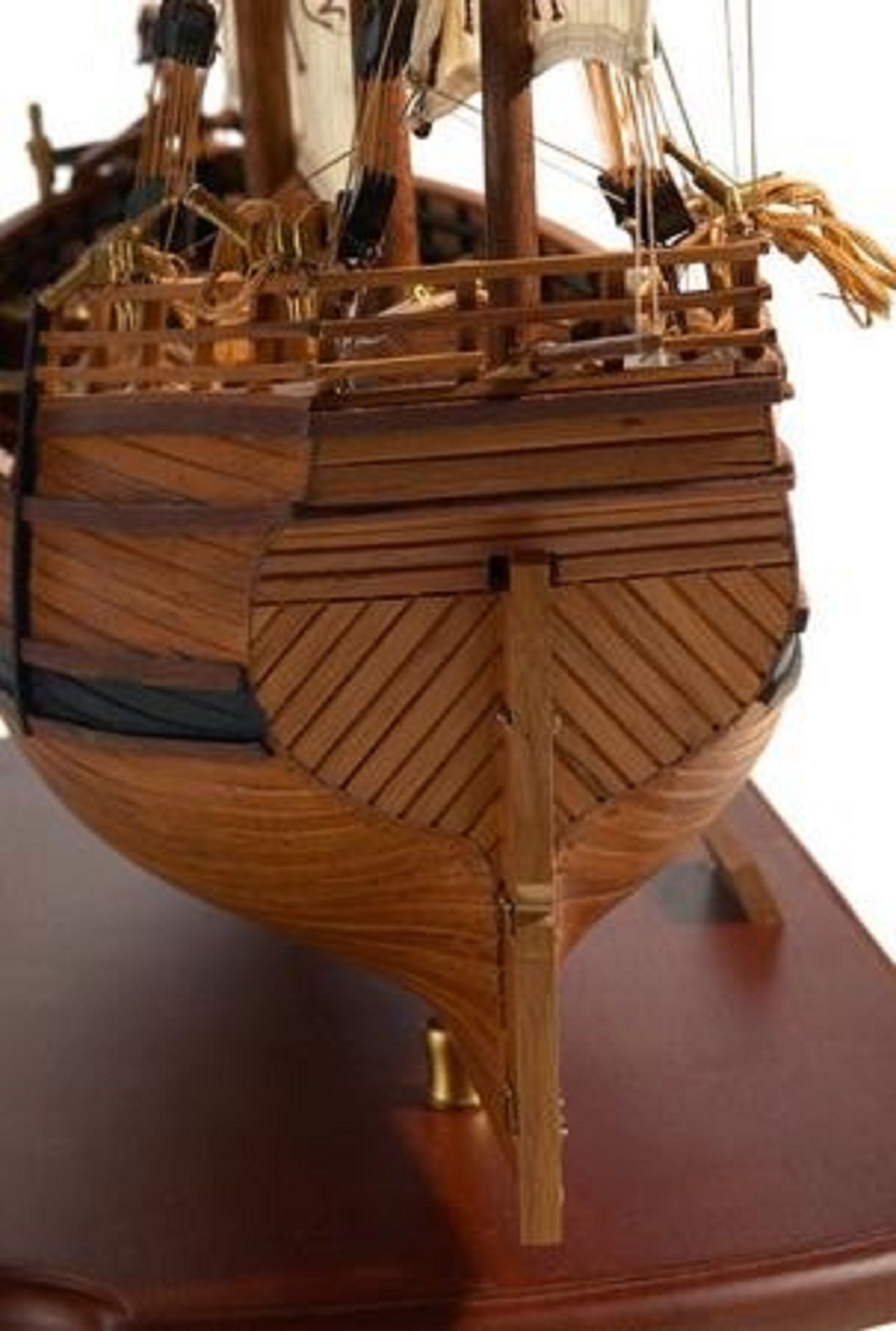 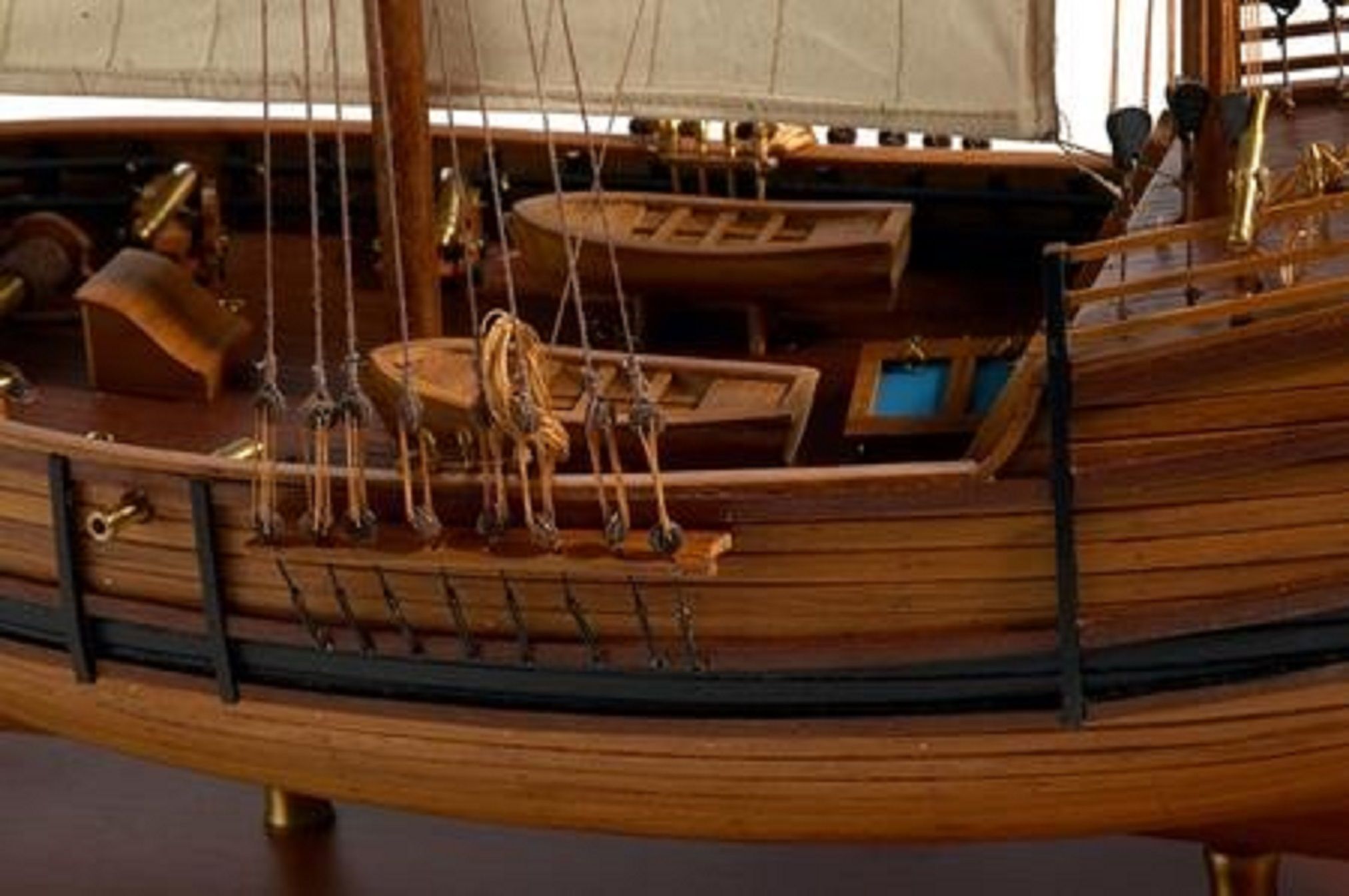 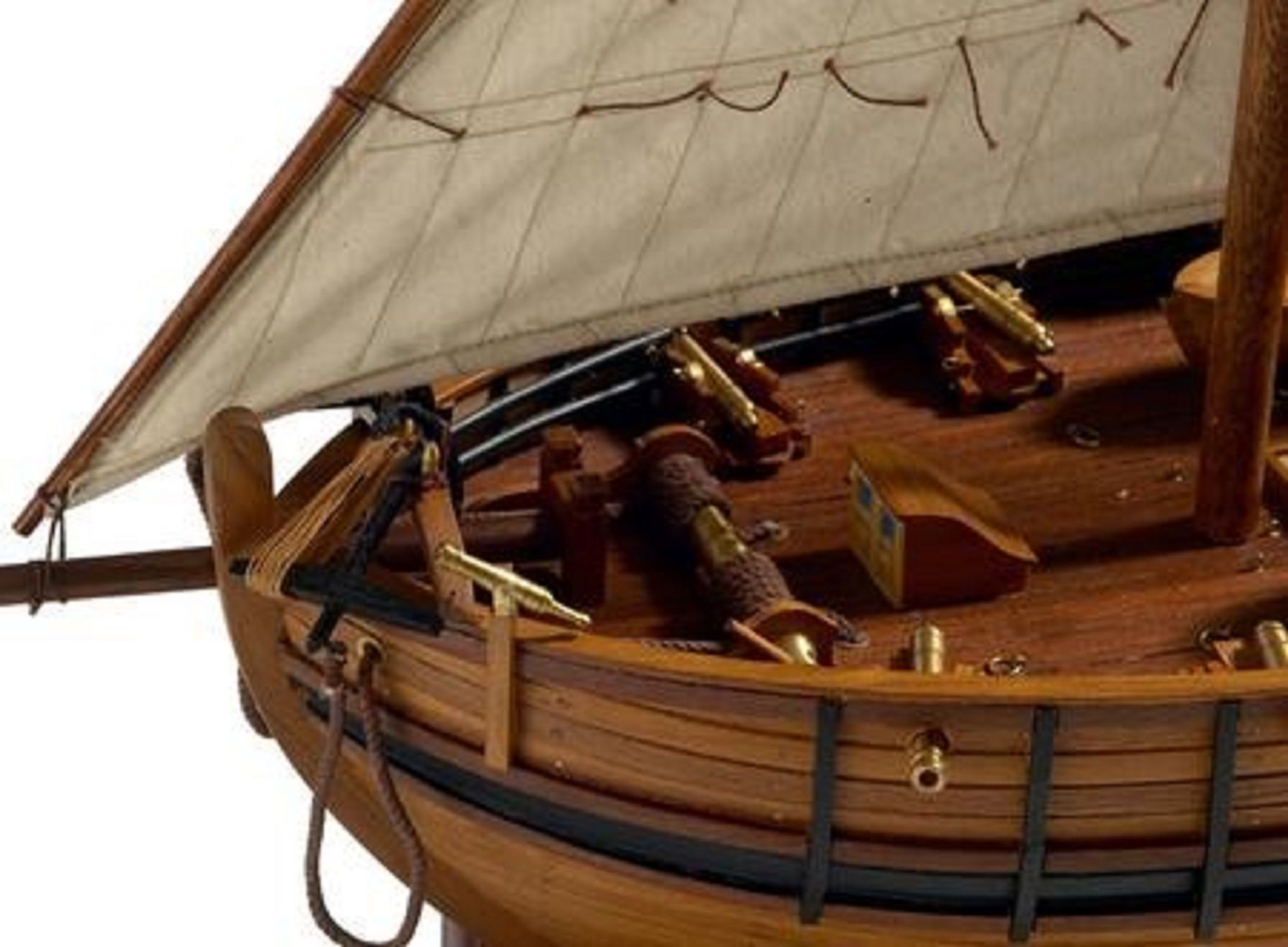 Caravel classic wooden ship model by Premier Ship Models is fully handcrafted with attention to the smallest detail. This ship model from platinum range is a perfect replica of the classic sailing ship built in 1400s and contains all the design features of the original vessel.

This classic sailing ship model is one of the many representing the quality and expertise of model making of Premier Ship Models. Made from high quality materials and precise ship modelling craftsmanship, this and other ship models are considered as work of art and of museum quality. The ship model is painted and handcrafted by skilled artisans according to original ship plans and drawings.

The caravel ship also known as carvel is a revolutionary light sailing ship that was developed by Portuguese in the late 1400’s, and was used for next 300 years in order to help to explore the African coast. The caravel was developed on basis of existing fishing boats under the sponsorship of Prince Henry the Navigator of Portugal, and soon became the preferred vessel for Portuguese explorers. A gently sloping bow and single stern castle were prominent features of this vessel alongside characteristics of high speed and easy manoeuvrability.

Its name may be derived from an ancient boat type known as Carabus in Latin.
Caravel ships were broad-beamed ships which had 2 or 3 masts with square sails and a triangular sail and were up to 65 feet long and could carry roughly 130 tons of cargo. Due to its lighter weight and thus higher speed, these caravel sailing ships were a boon to sailors.

These ship models were smaller and lighter than the later Spanish galleons developed in the 1500’s. The triangular or lateen sail used on the caravel sailing ships enabled the ship to go faster and gave the capacity for sailing to windward. Caravels for its exceptional features at that time were ships chosen also as accompanying vessels for the voyage of Columbus’ expedition in 1492.

The caravels were later transformed to Caravel Redonda which were three-masted models of vessels wielding a square sail on the mainmast and foremast, and a lateen sail on the mizzen. This caravel ship was now a specialized fighting ship which was acting as an escort in Brazil and in the East India route.

Sorry we have no extra information for this product
This Vessel Type is Caravel
Copyright © 2022. UK Premier ship Models. All Rights Reserved.