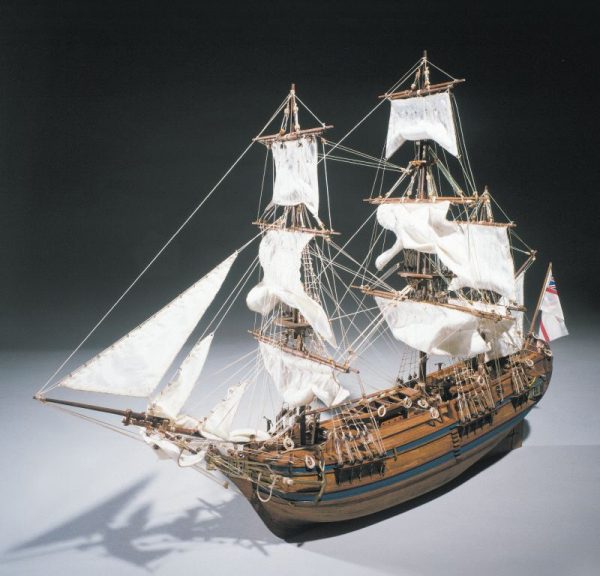 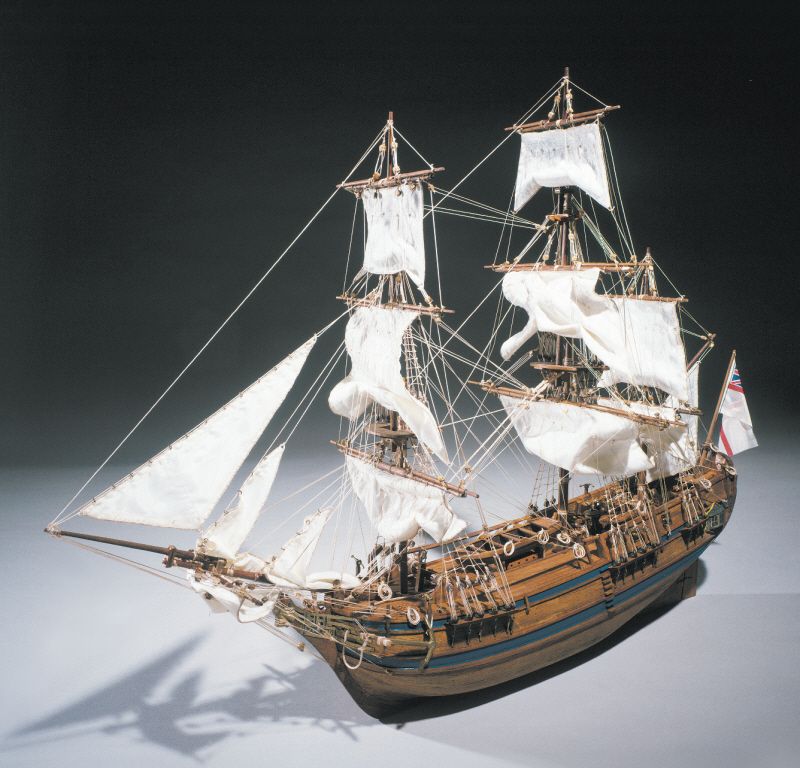 The HMS Bounty was built in 1784 in Yorkshire, England, and later purchased by the Royal Navy in 1787 for the cost of £1950. She was intended to fulfill an experiment devised by wealthy botanist Sir Joseph Banks. His plan was to transport breadfruit plants from Tahiti to the West Indies, where they could be grown and used to feed slaves.

Sir Joseph Banks chose William Bligh as commander, due to a close relationship between the two and Bligh’s experience earned as part of James Cook’s final voyage aboard the Resolution.

The voyage began well, with the HMS Bounty arriving in Tahiti, acquiring the plants and spending 5 months there, learning to grow them from the natives. During this time, many of the crewmembers became accustomed to the local cultural practices and formed close bonds with the people living there. This included having tattoos in the local fashion and Sailing Master Fletcher Christian, who had recently been promoted after the demotion of John Fryer, actually married a local native called Maimiti.

After 5 months in Tahiti, William Bligh continued with the intended mission, but there was a mutiny onboard, led by Fletcher Christian. 22 crewmembers mutinied with Christian, 2 remained impartial and 18 loyal to Bligh. The mutiny was a success for Christian, with the end result being Bligh and several other crewmembers forced on to the ship’s boat.

Bligh successfully managed to navigate his small boat to the Dutch settlement of Coupang, after encountering hostile natives on the island of Tofua. The conflict in Tofua left one of Bligh’s crewmembers dead, astoundingly the only loss of life out of the remaining loyalists.

Fletcher Christian sailed the HMS Bounty back to Tahiti after struggling to settle on Tubuai due to hostile natives. In Tahiti, the ship’s crew took onboard several natives, although it is commonly assumed now that the crew in fact kidnapped them, especially since the majority were women. It is not known whether Christian’s wife Maimiti was among them.

After leaving Tahiti, the HMS Bounty and its crew settled on Pitcairn Island, where they burnt the HMS Bounty to avoid being found by the Royal Navy and being brought back to England to face charges.

Despite warrants and search parties being issued, Christian and the Bounty were not found until 1825, when Captain Frederick William Beechey arrived and took some wreckage of the HMS Bounty, which he later turned in to souvenirs such as snuff boxes. Beechey also encountered the last remaining survivor of the mutiny, John Adams, who gave his recollection of the events.

If you have any questions about this kit then please feel free to contact us.