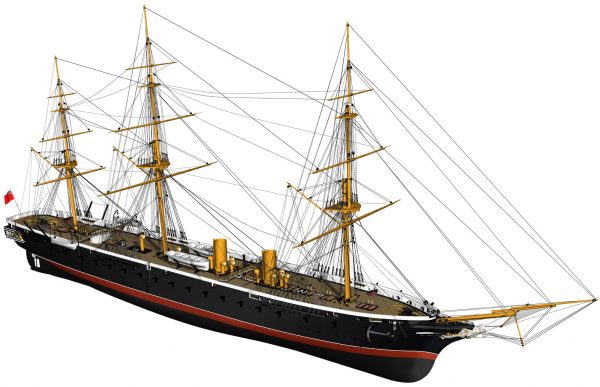 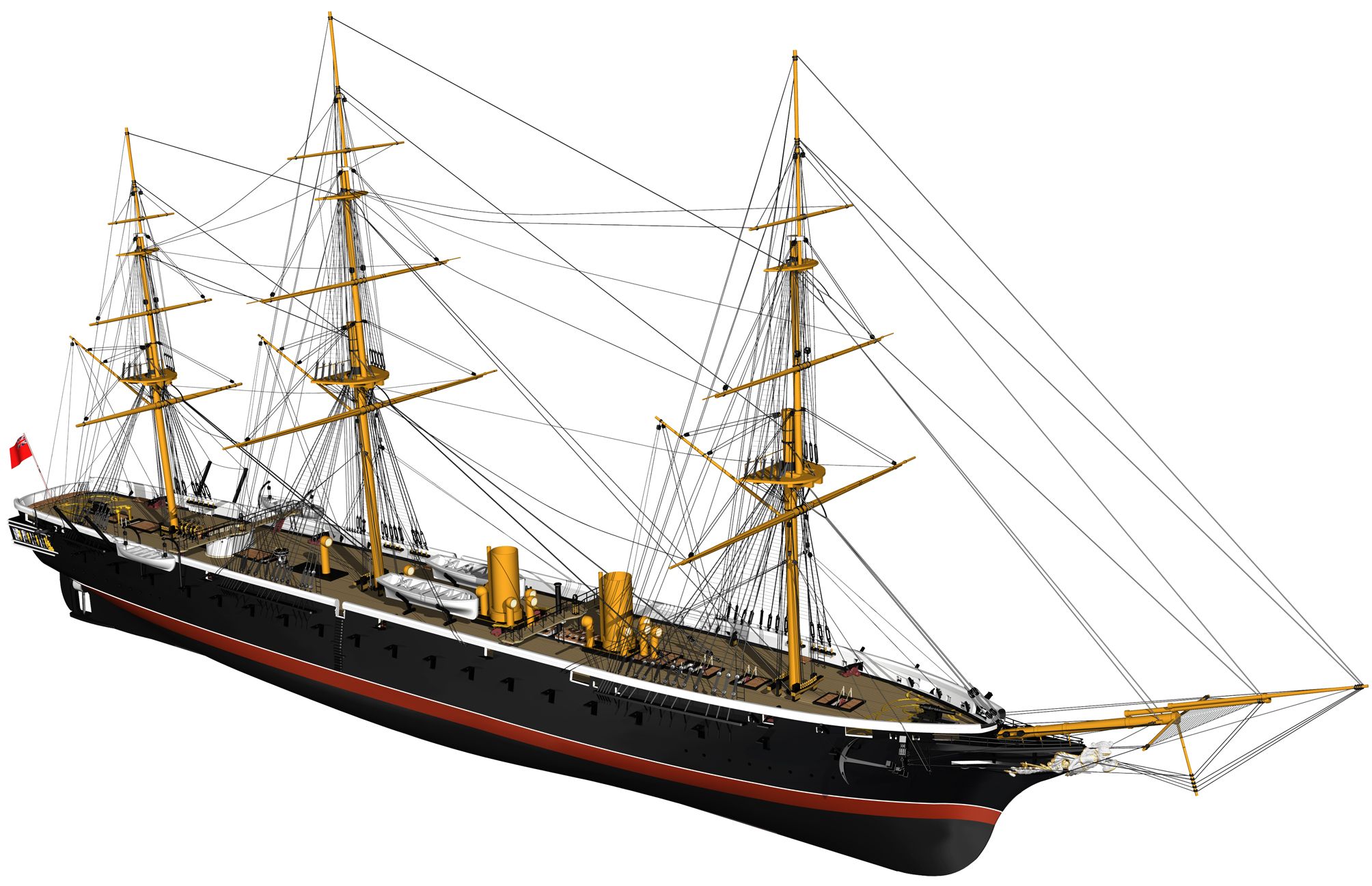 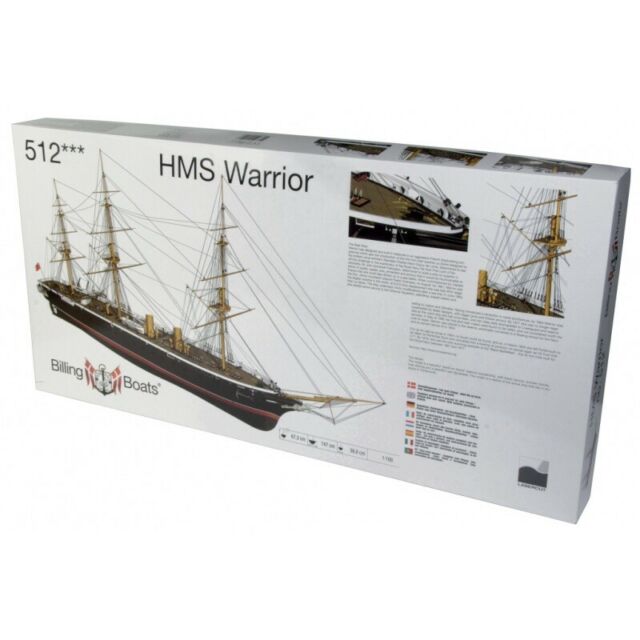 The model a l double-planked “plank-on-frame” laser cut wooden ship, and has brass canons, wooden blocks, brass etching and a beautiful cast figurehead. The replica of the model of the actual ship that lies in dry-docks in Portsmouth.

At the time it was built, the HMS Warrior was reportedly the most heavily armed maritime vessel the world had ever witnessed. And this is just one of the many reasons that make it a historic landmark worth preserving in model form. It was built to serve the Royal Navy and was created in retaliation to the French Gloire, which became the first iron clad war vessel to come out of the France stable. The Gloire was built in 1860, a year before the construction of the HMS Warrior was completed. In fact, the HMS Warrior also became the first iron hulled and armor plated warship to be built. It was also the largest and the fastest among all war vessels of its day.

Why was the HMS Warrior So Significant?

Apart from being a unique vessel accredited with many firsts, there were other things too that made the HMS Warrior particularly popular. Built in retaliation to the French Gloire, the HMS Warrior overpowered its competitor in almost every department. For instance, it was almost double the size of Gloire. Besides, it also outclassed Gloire in gunnery, armory as well as speed. Therefore, it was a robust response to the French war vessel in every way.

However, the HMS Warrior did not introduce any new technology in shipbuilding at this time. But, it was the first vessel to make use of a combination of iron construction, the propeller, iron armor, rifled breech loading guns and steam engines all of which were built to an unprecedented scale. Later, the HMS Warrior became ancasualty of progress, as newer technologies started to arrive. The HMS Warrior became obsolete and was withdrawn in May1883.

The HMS Warrior models from our platinum range would certainly be a good addition to any collection. Premier Ship Models has some very impressive variants to choose from. All are hand-made to the highest standards and very accurate.

To view other other model ship kits, browse our many other products or please feel free to Contact Premier Ship Models for with any questions you may have.