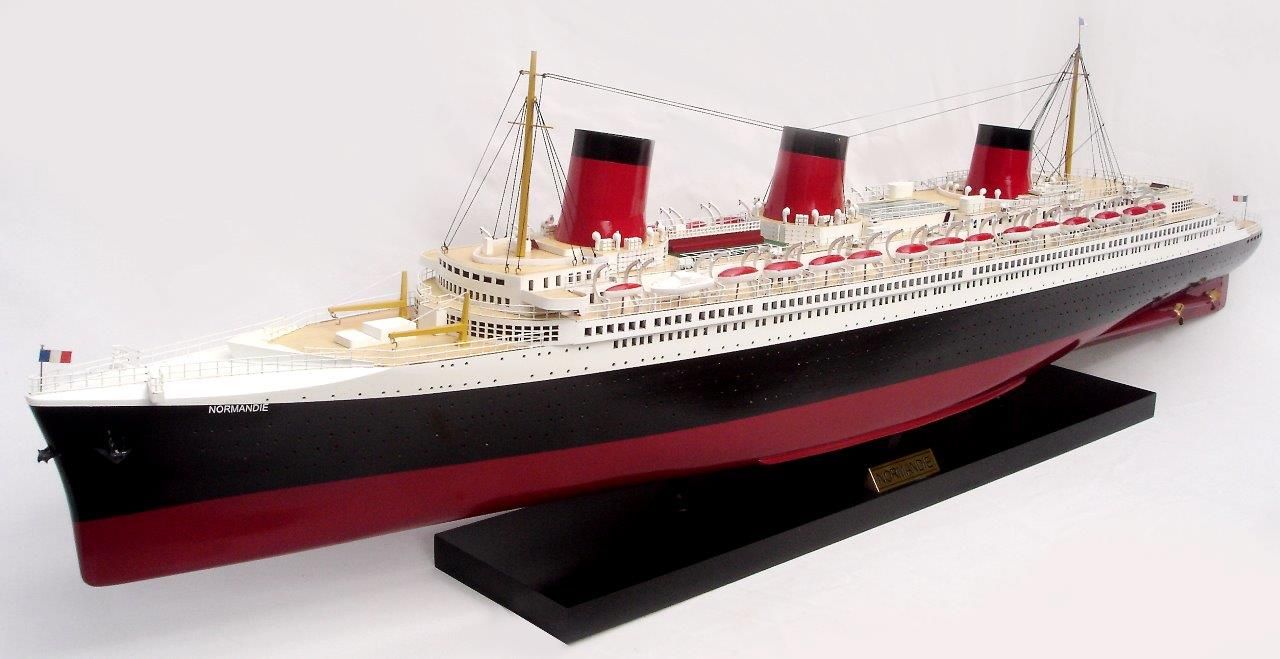 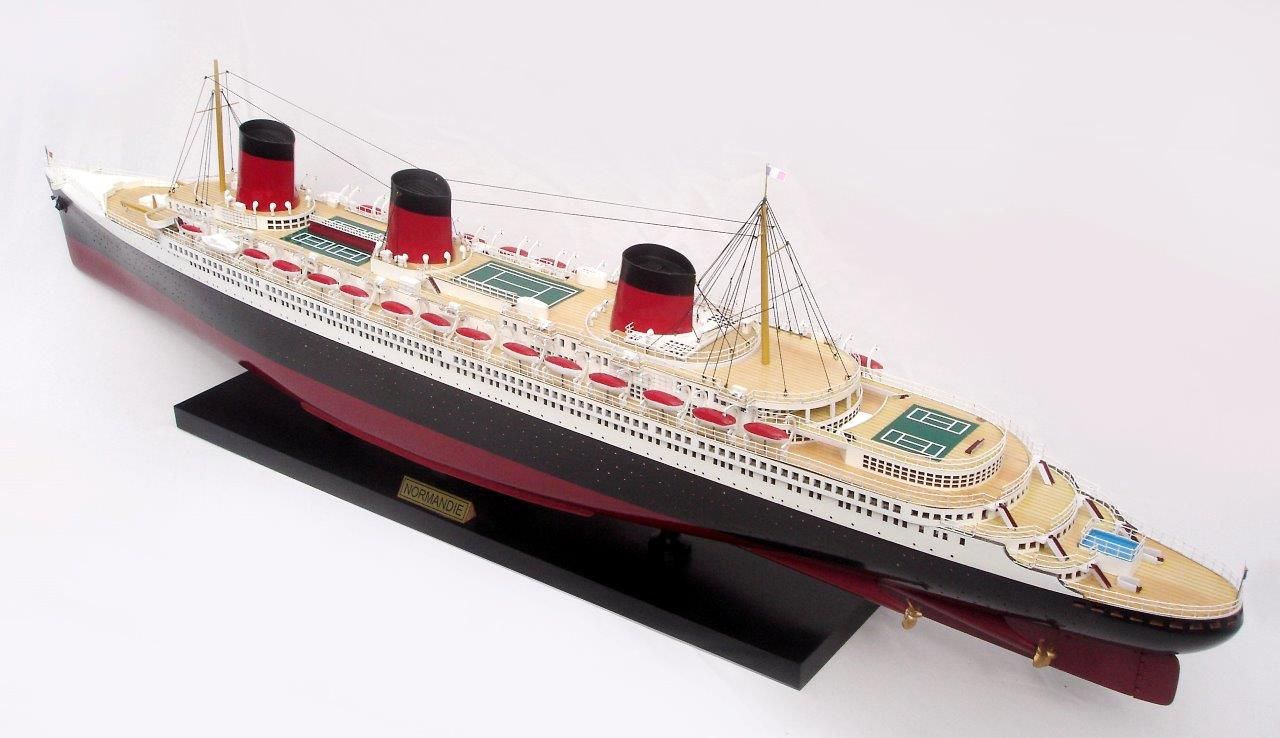 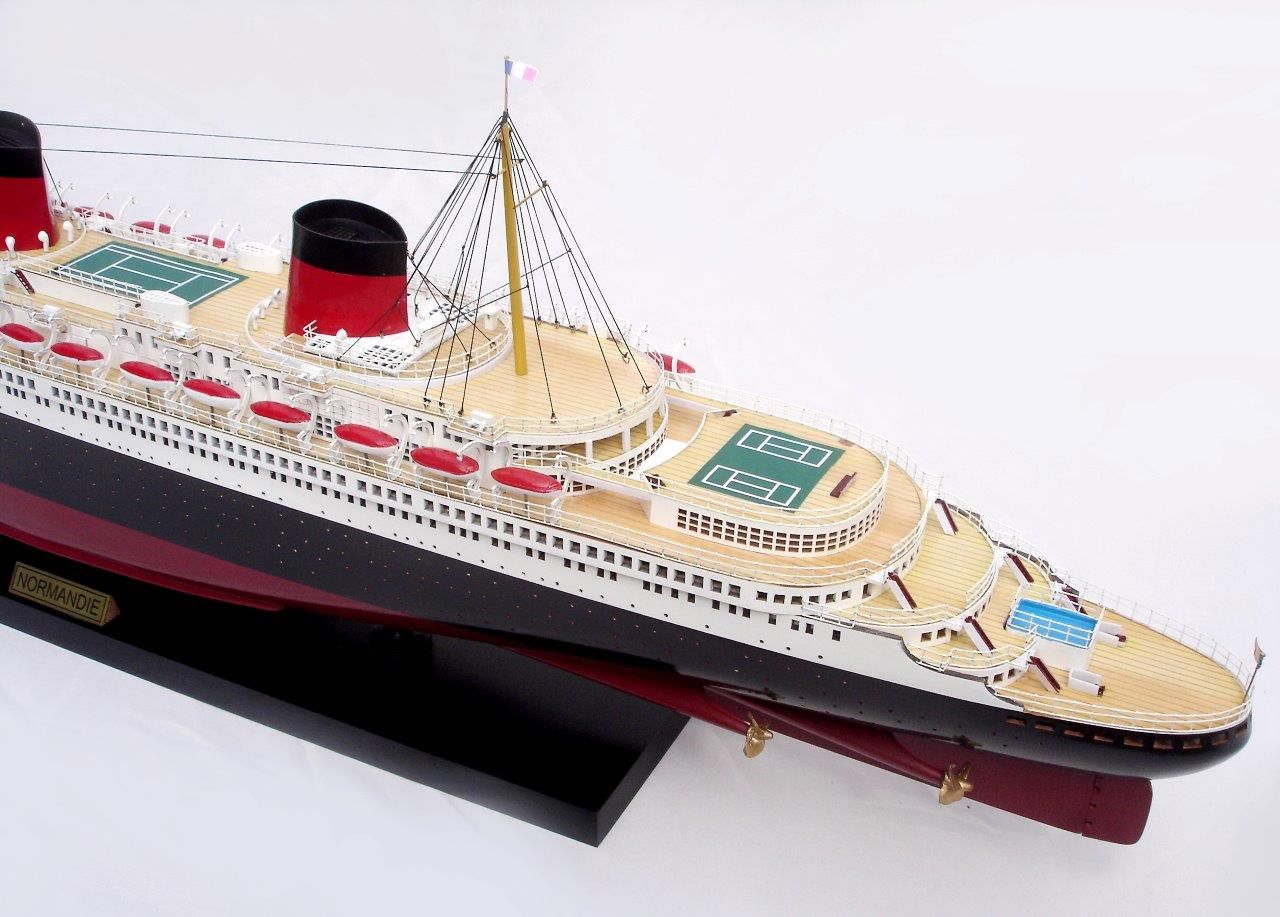 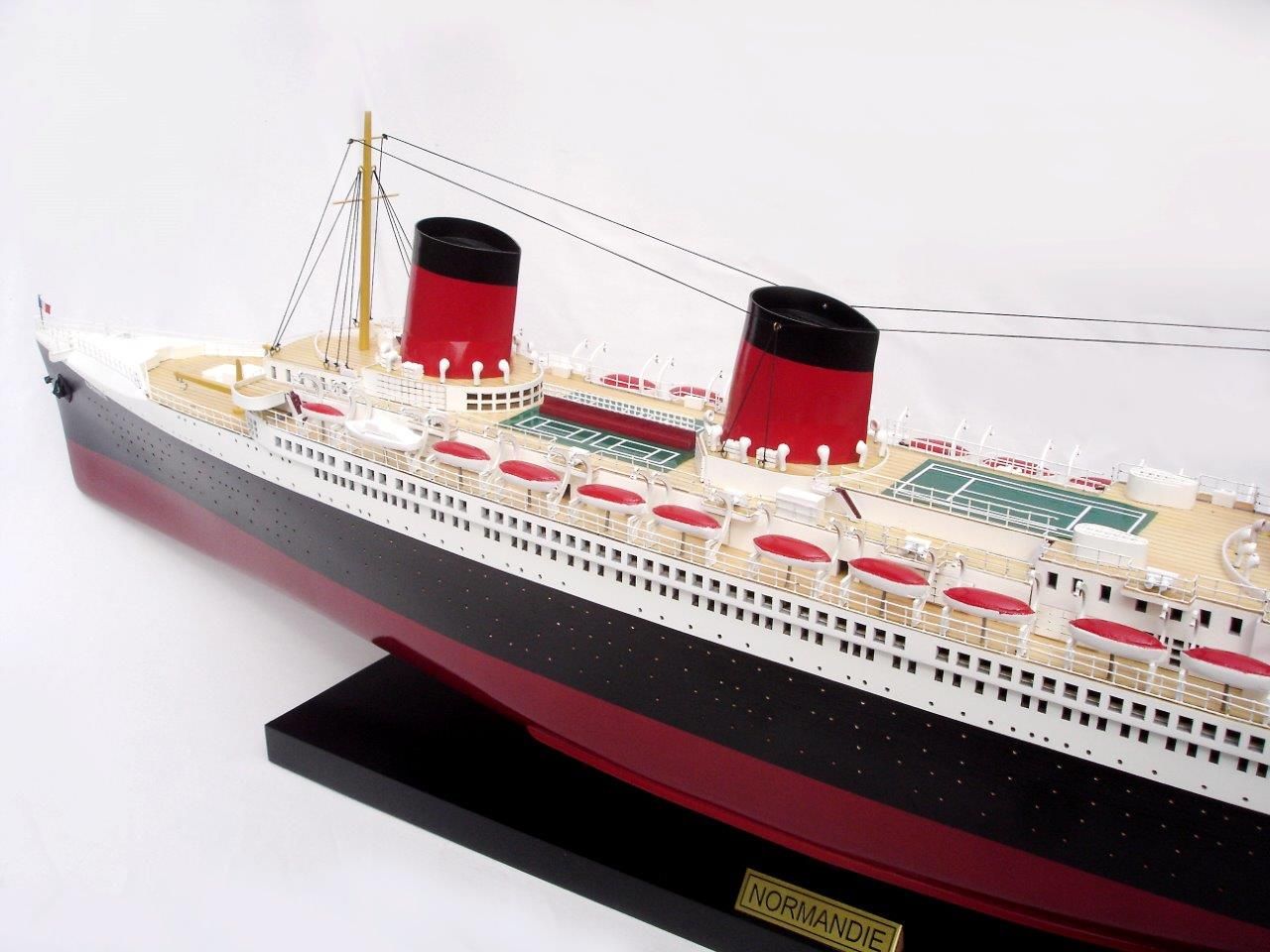 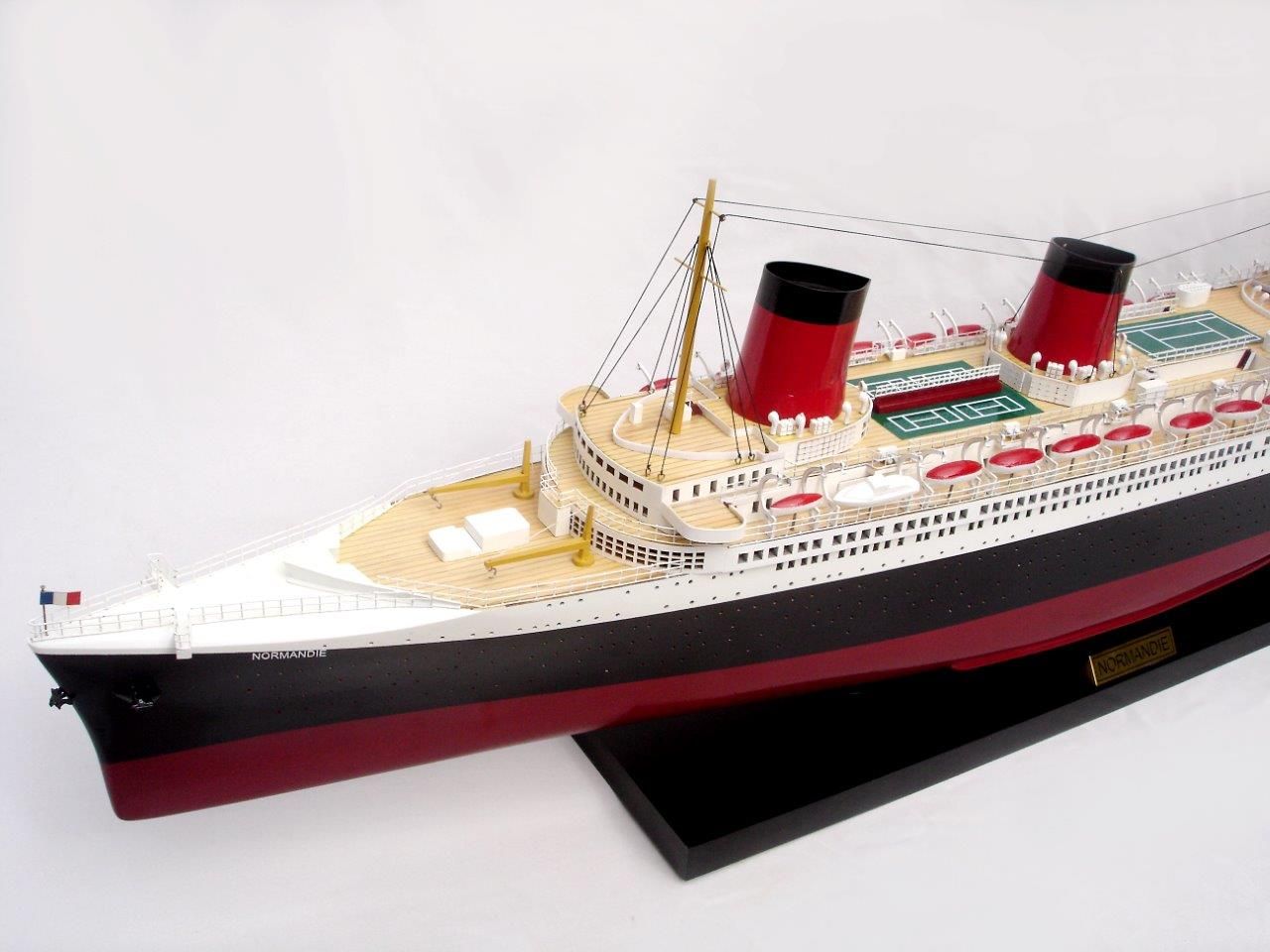 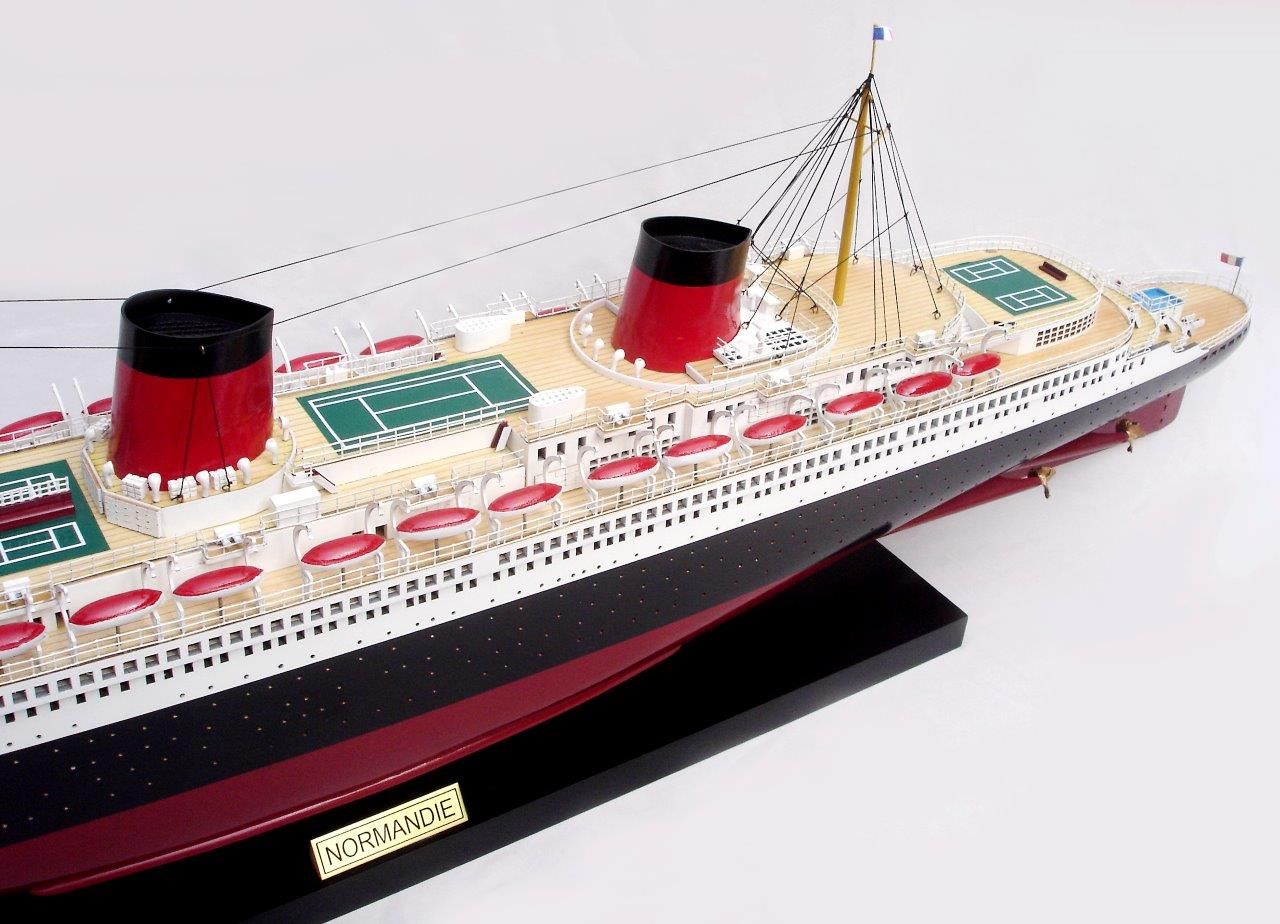 The French Line’s Normandie was launched in 1935 as the largest ship in the world (held for five more years), the largest turbo-electric powered liner; and the first to make a 30 knot eastbound Atlantic crossing. She earned the Blue Riband for five record-breaking crossings. Shortly before WW2, she arrived in New York on August 28, 1939, and would never sail again. Taken in to US custody when France was occupied in June 1940, she was later

renamed the USS Lafayette. While being converted to a troop carrier, she caught fire and capsized and came to rest on the mud of the Hudson river at Pier 88. Salvaged in 1943, her restoration was abandoned at too costly and she was eventually scrapped in October 1946.

This Normandie Ship Model is a magnificent model, showcasing our exquisite craftsmanship. With years of experience, our worldwide artisanal craftsmen use locally sourced exotic woods and resources to produce a museum standard, hand crafted models. These skilled craftsmen in our workshops ensure that each model is of high quality and are accurate replicas of original ships. Get this wonderful model of the Normandie Ship Model today, to sit proudly as feature in any room.