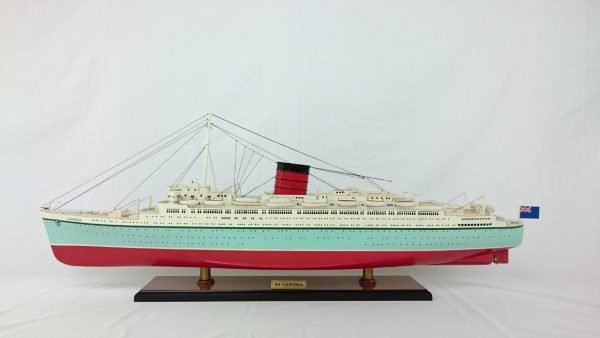 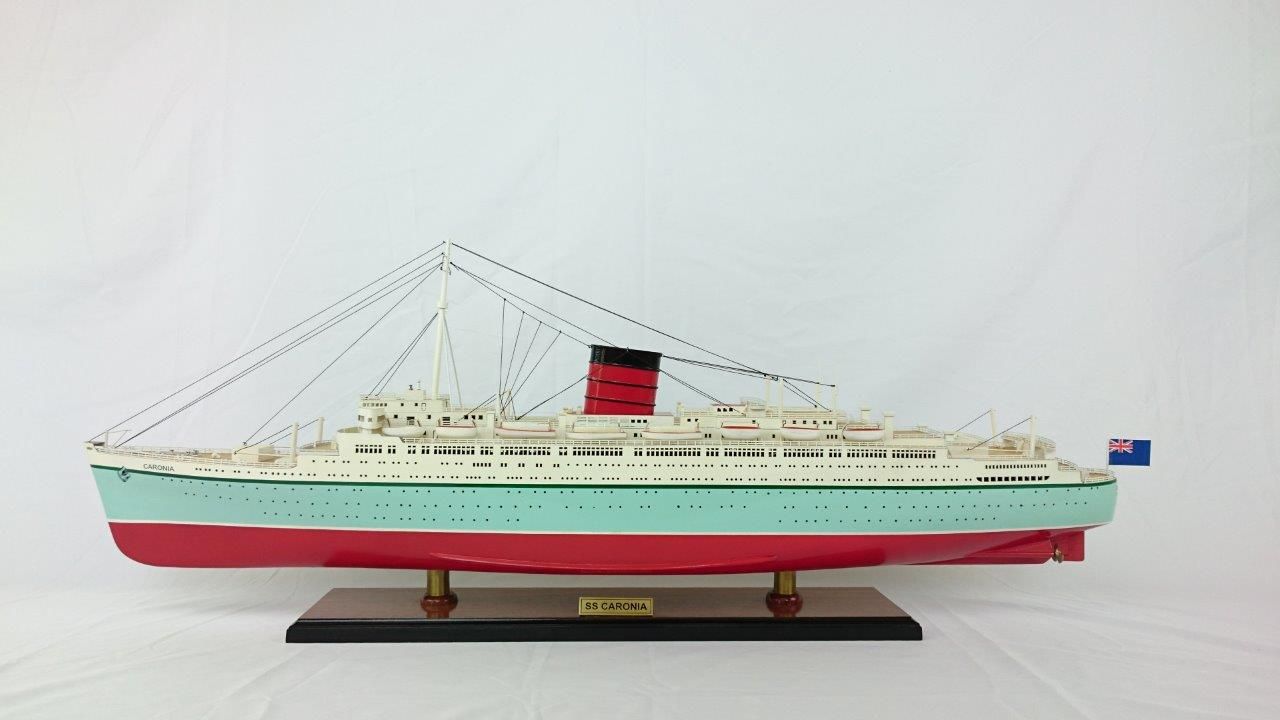 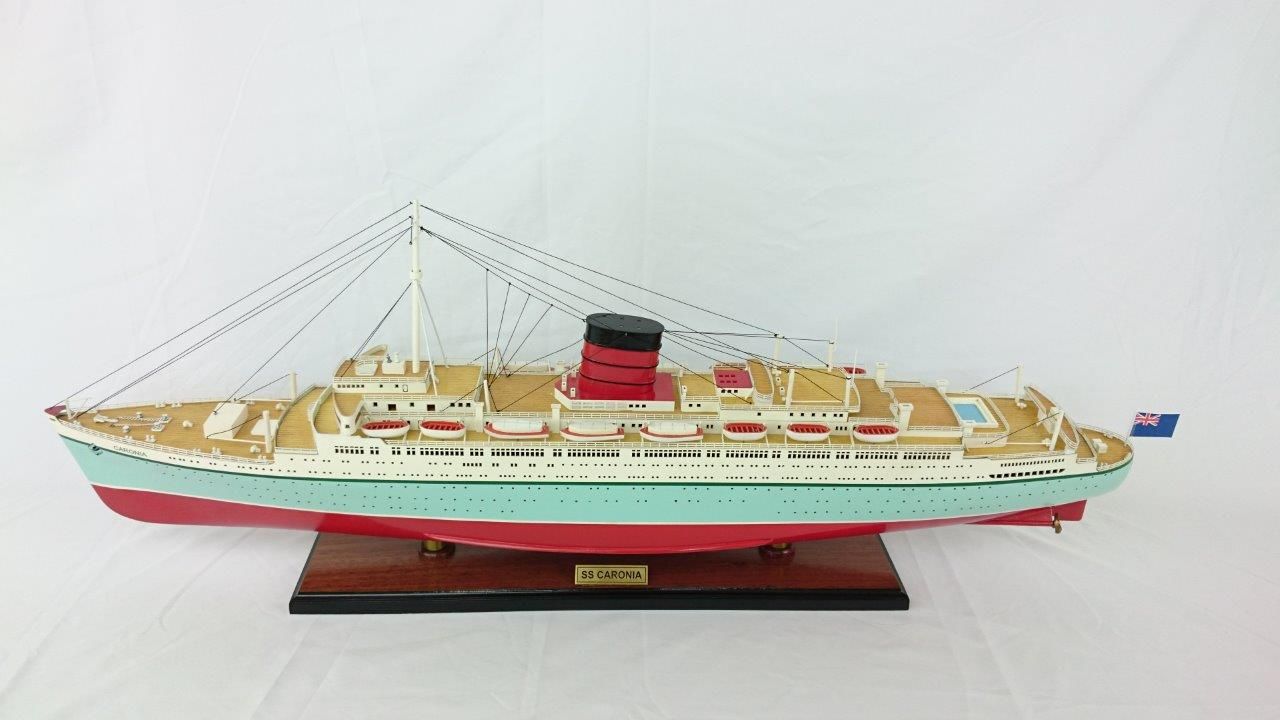 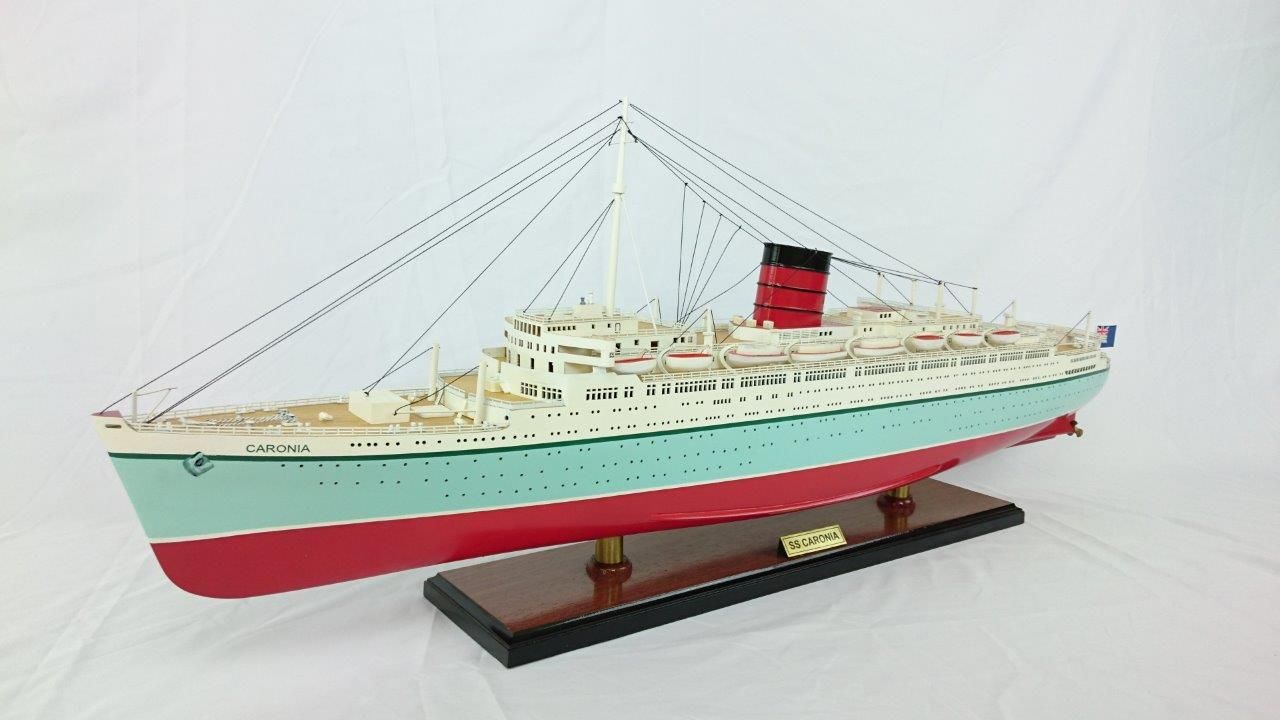 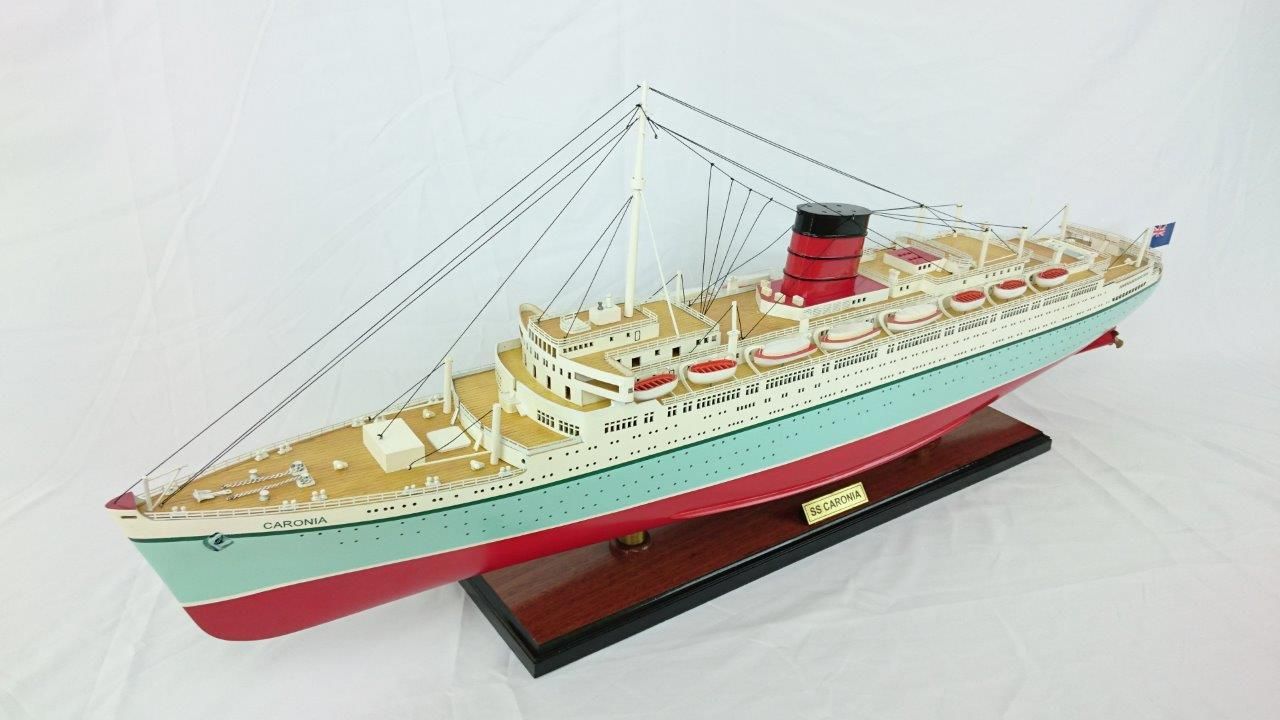 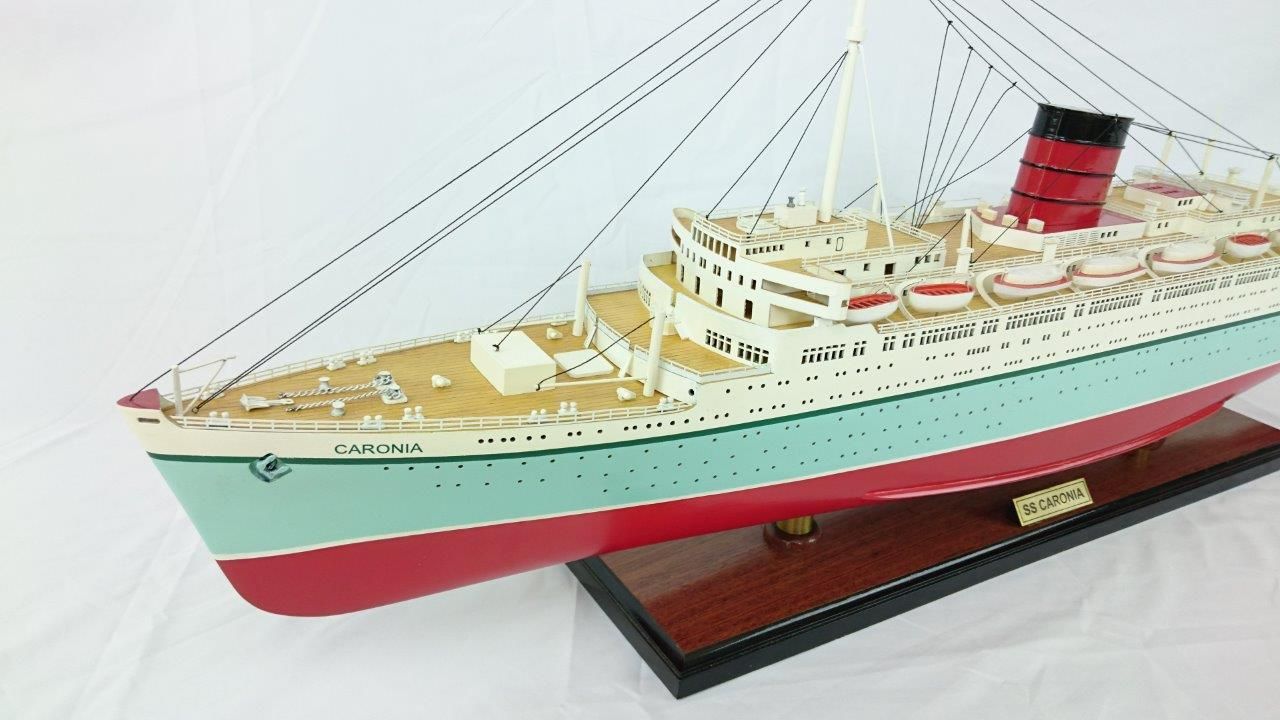 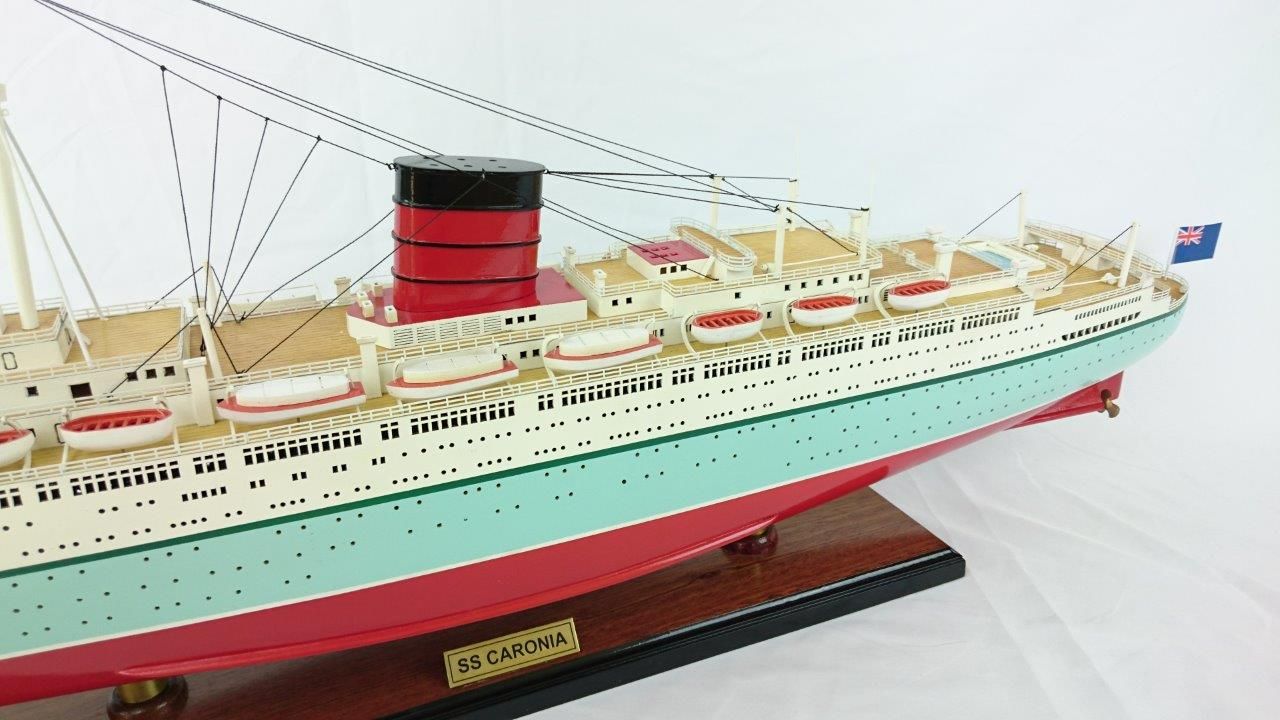 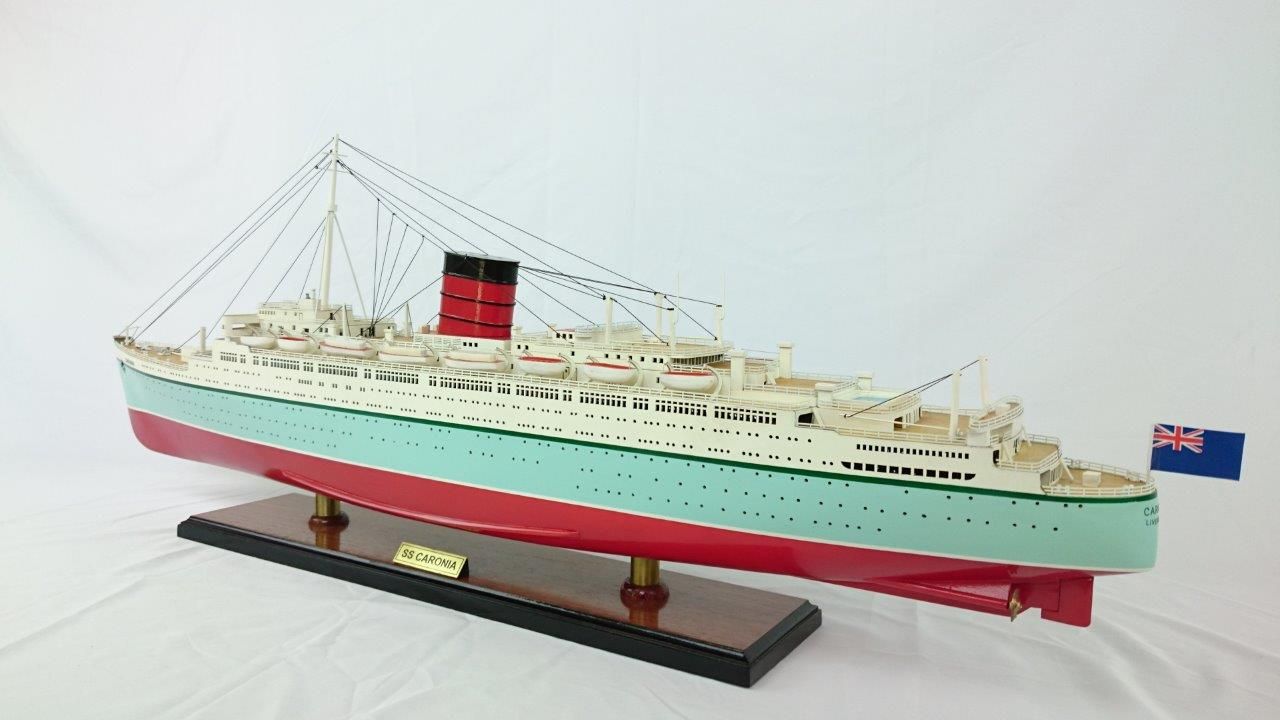 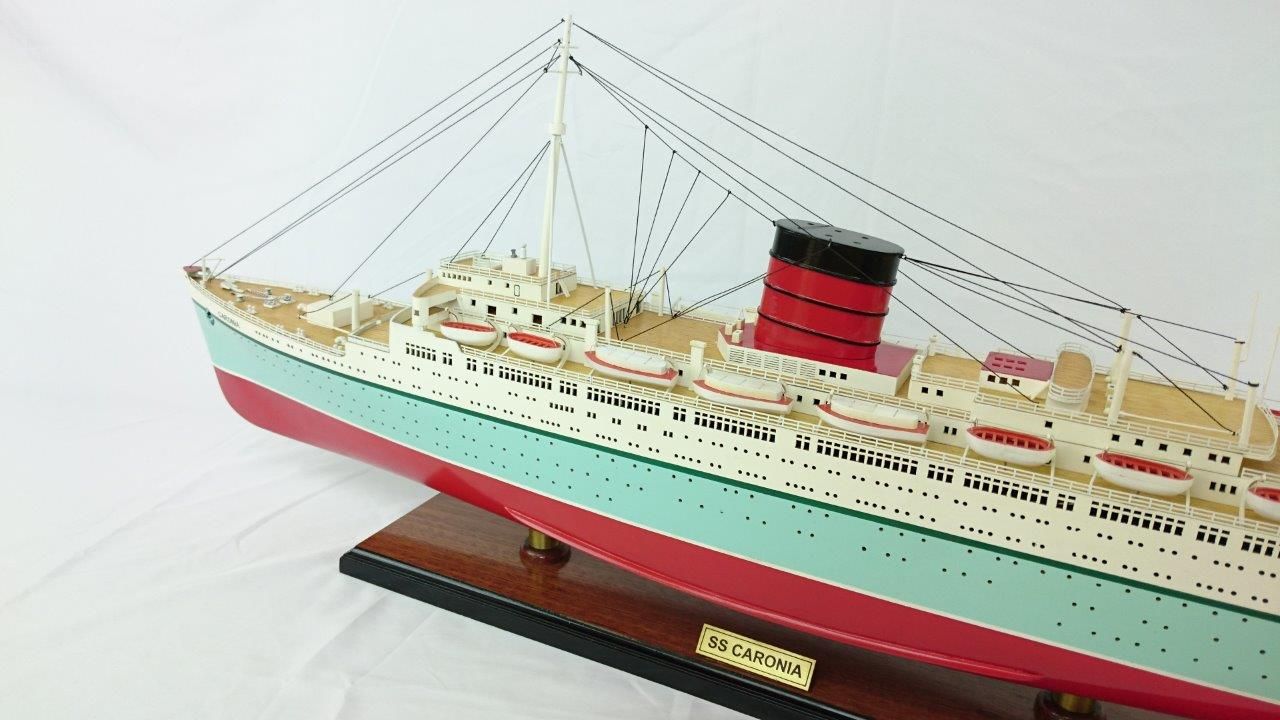 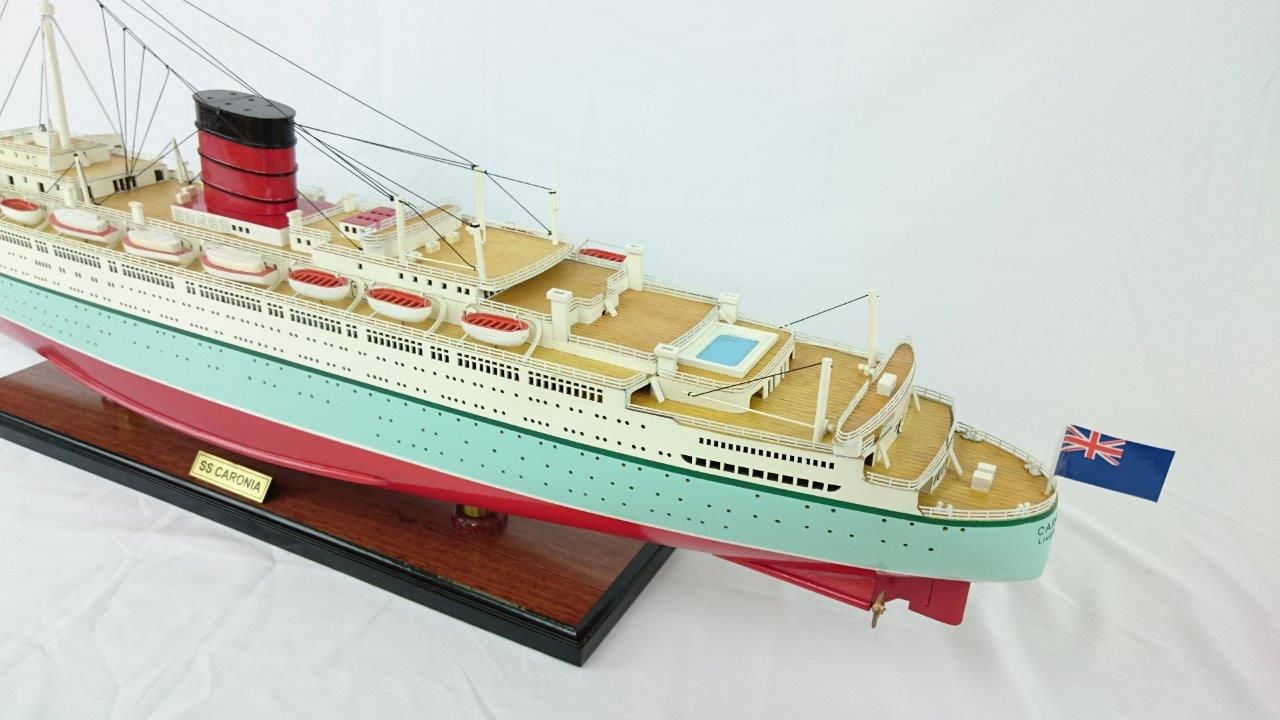 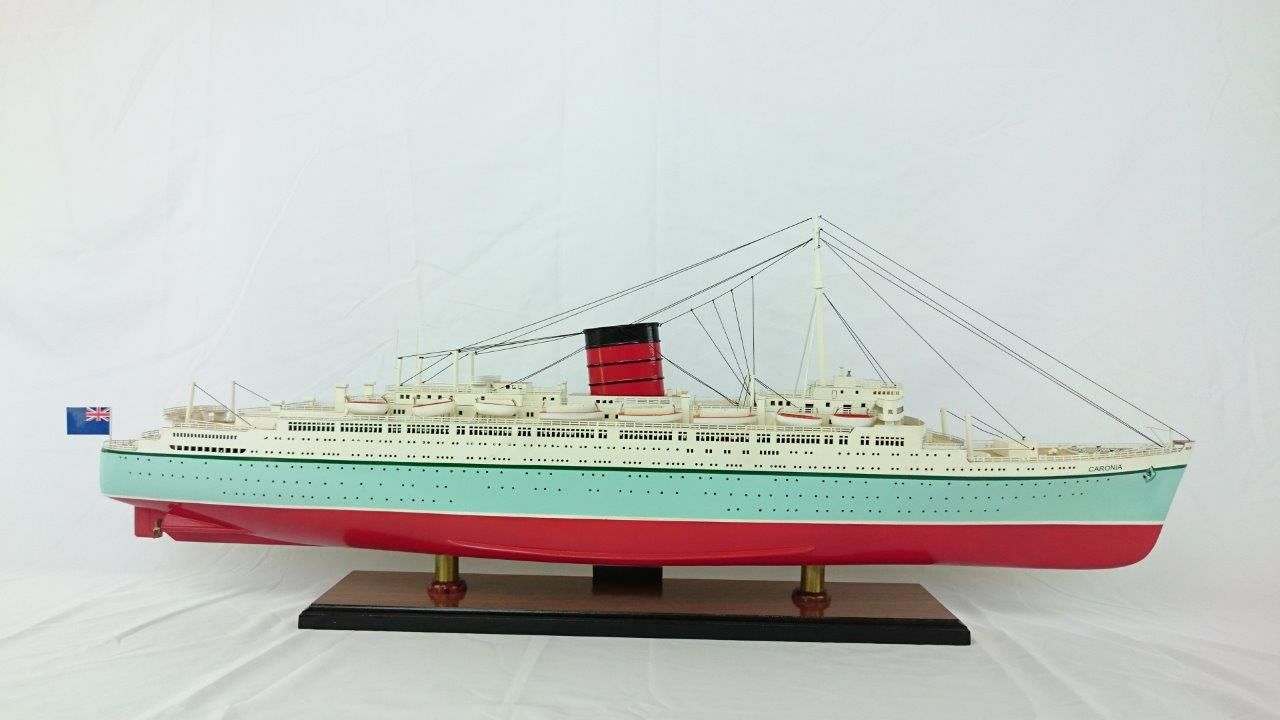 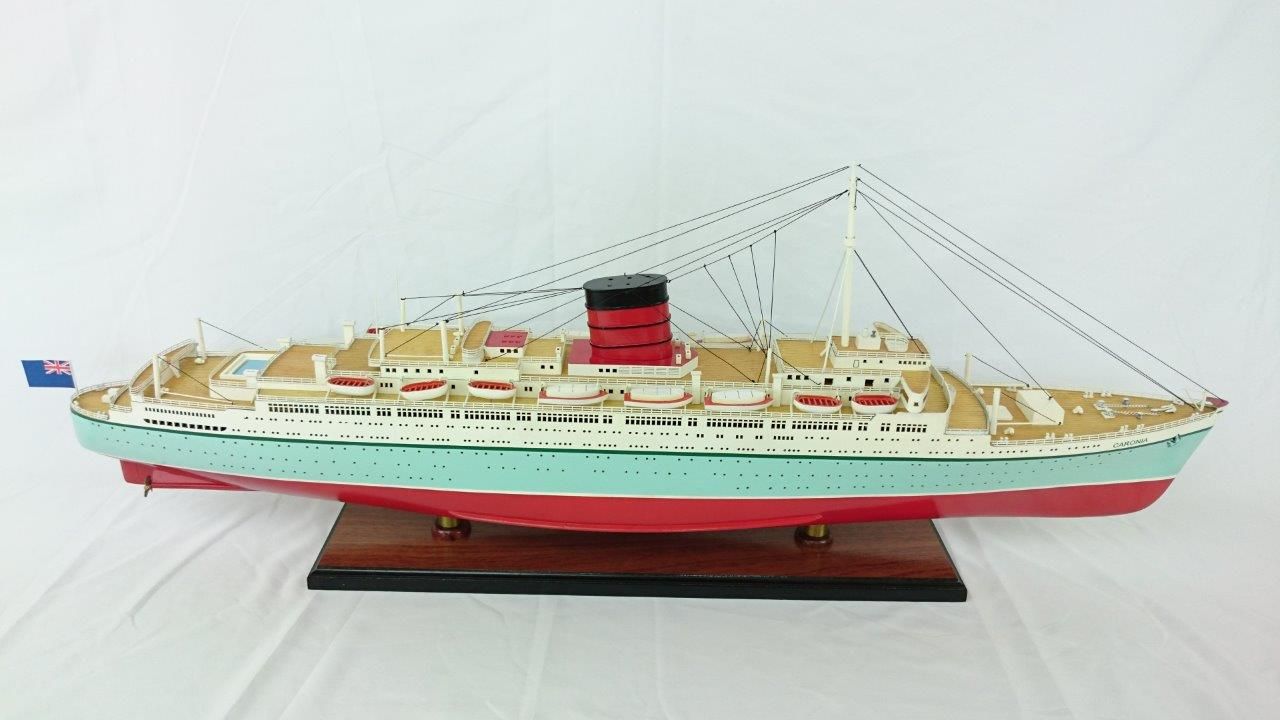 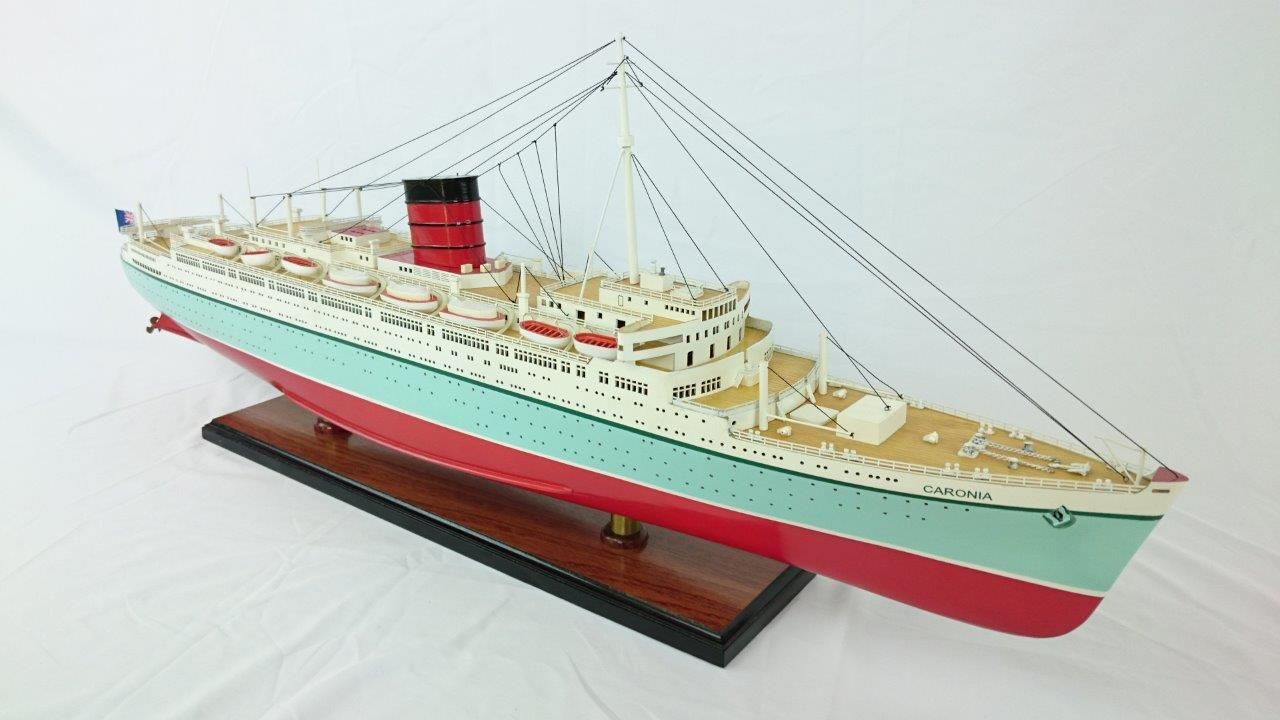 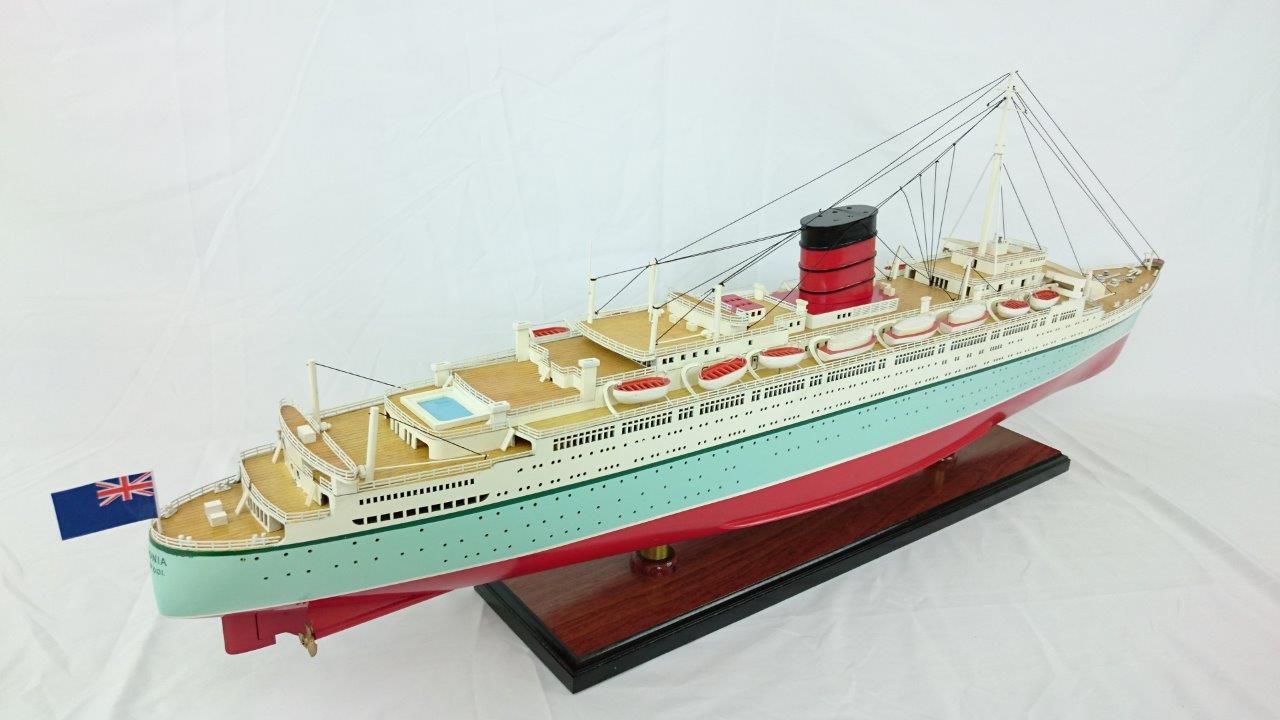 RMS Caronia, launched in 1947, as a passenger ship for the Cunard White Star Line( now Cunard Line). , until 1967. Given the nickname the “Green Goddess” after Liverpool’s green and white “Green Goddess” trams. Built both for cruising and transatlantic crossings. Briefly served as SS Caribia in 1969, after leaving Cunard. She was laid up in New York until 1974 when she was sold for scrap.  On her voyage to  Taiwan for scrapping,  RMS Caronia was caught in a storm, her tow lines were cut, she repeatedly crashed on the rocky breakwater outside Apra Harbor, Guam and broke into three sections.

Sorry we have no extra information for this product
This Vessel Type is Cruise liner
Copyright © 2021. UK Premier ship Models. All Rights Reserved.