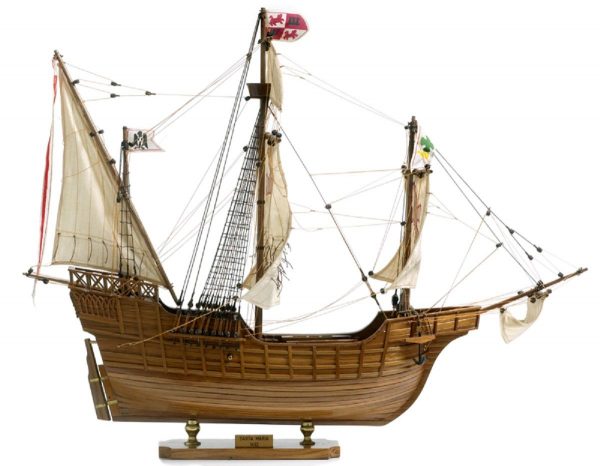 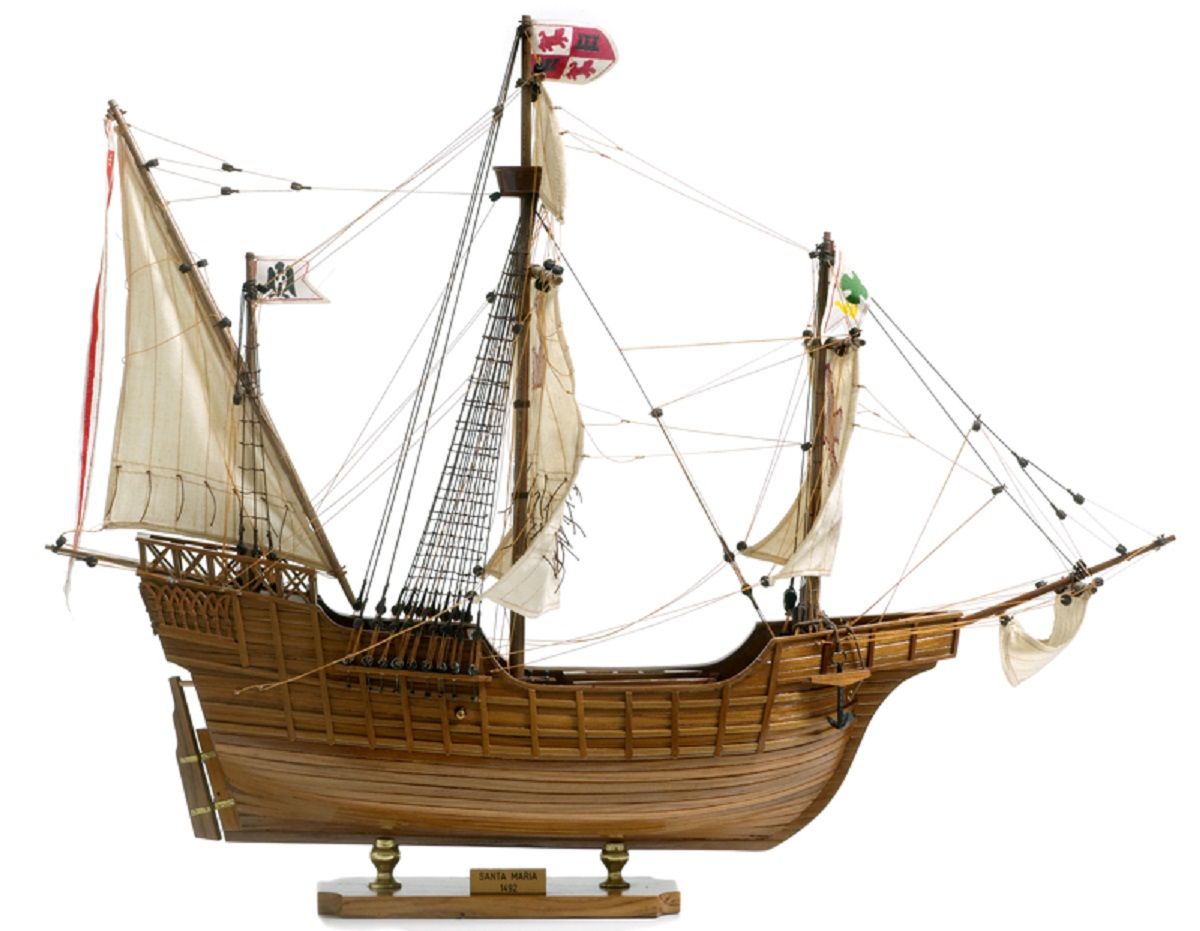 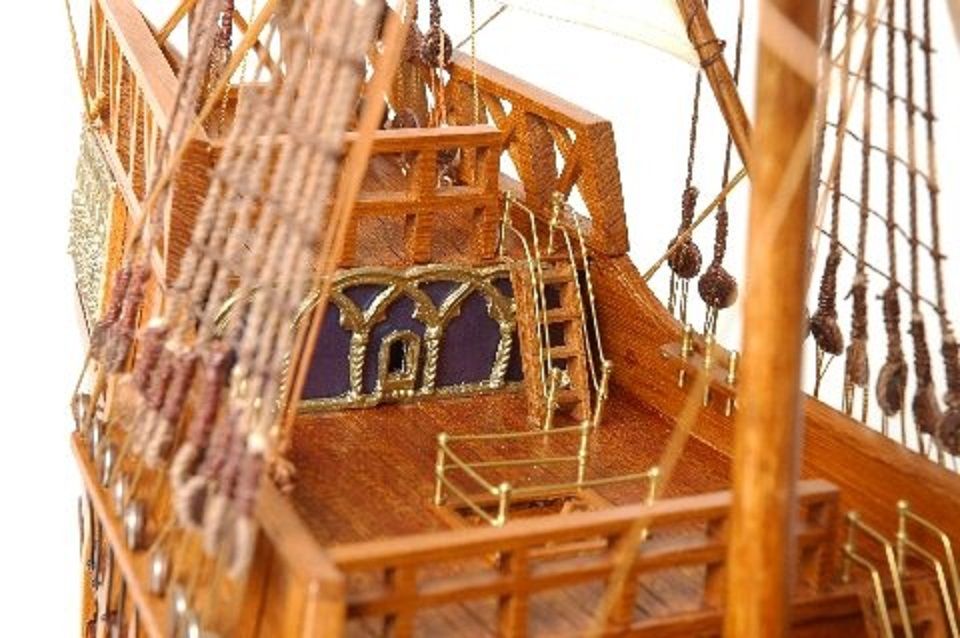 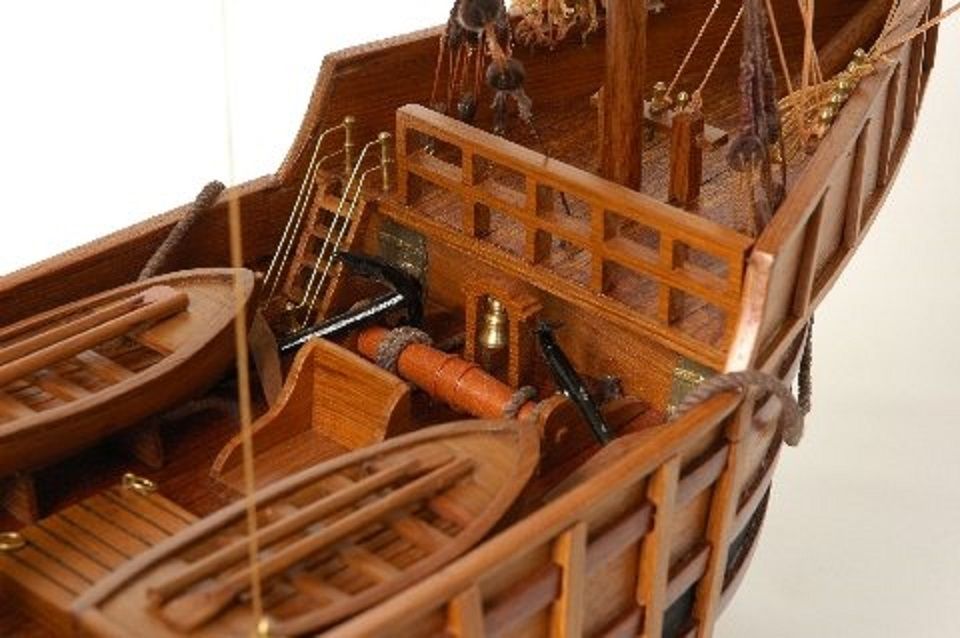 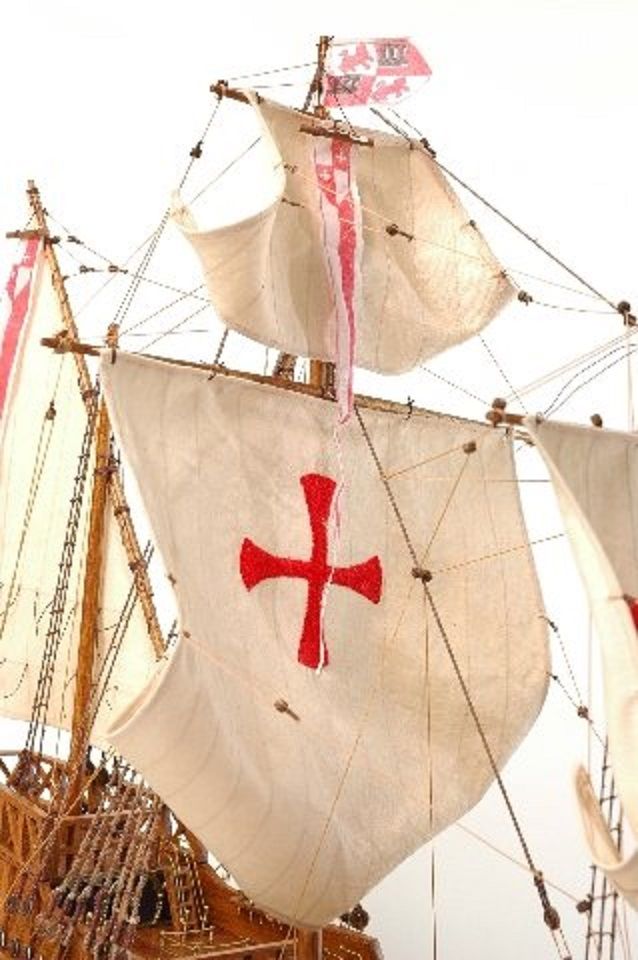 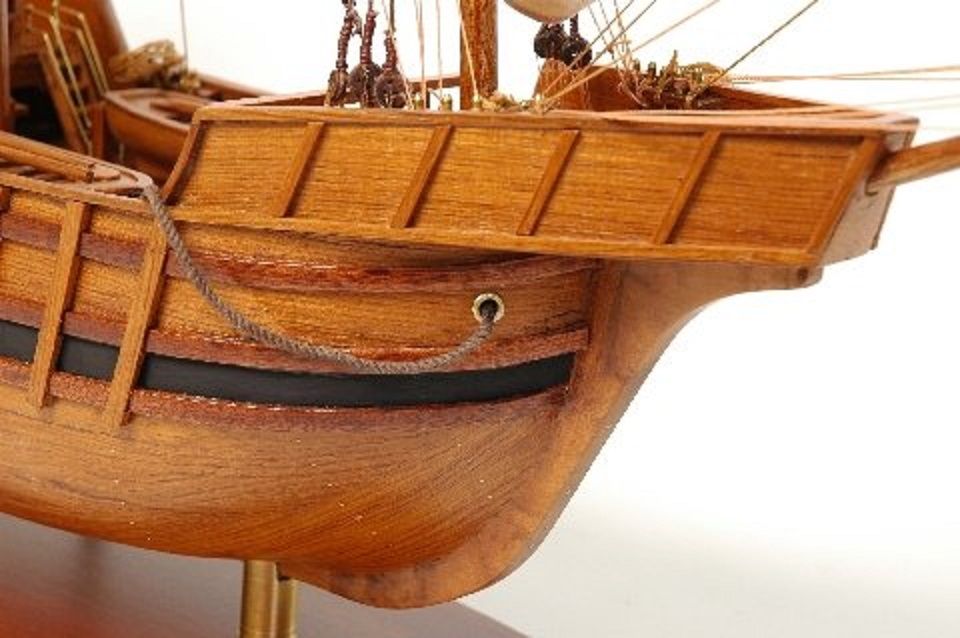 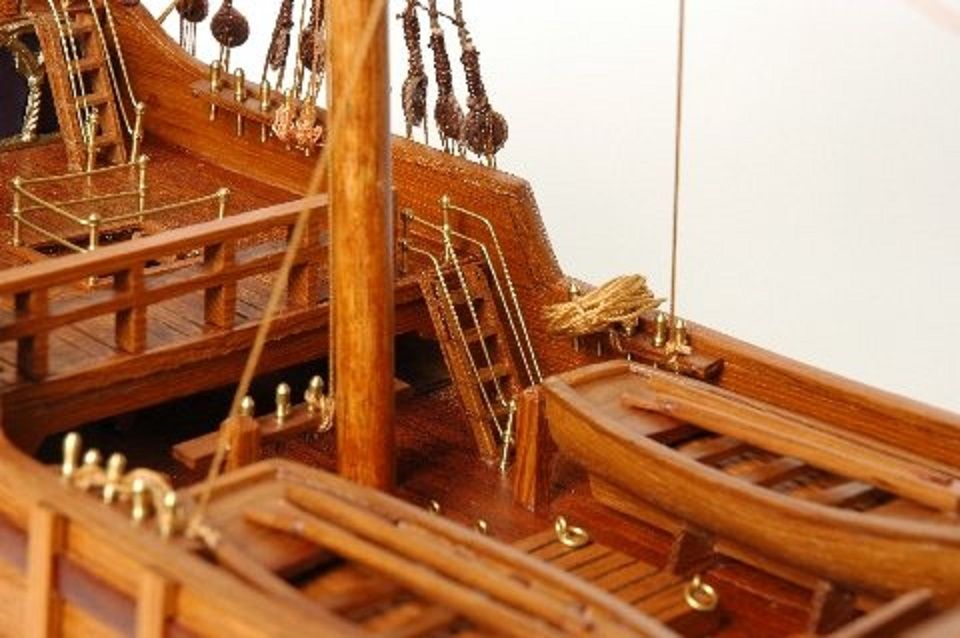 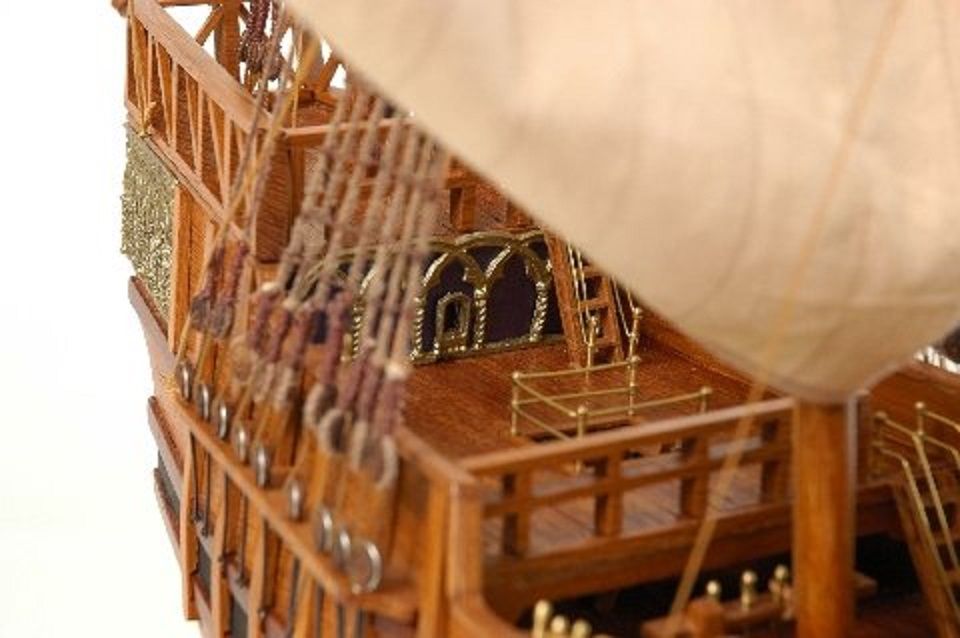 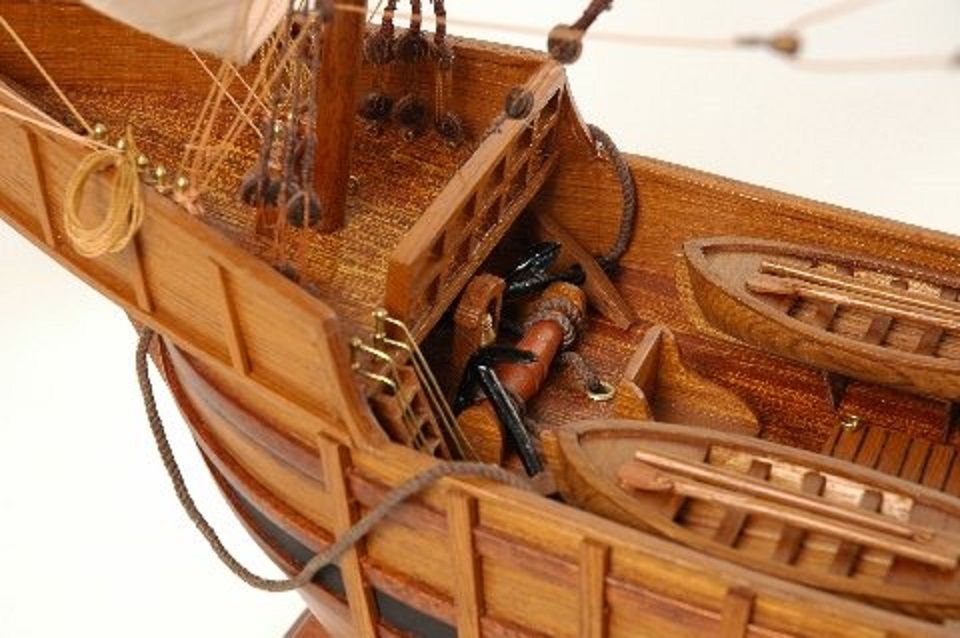 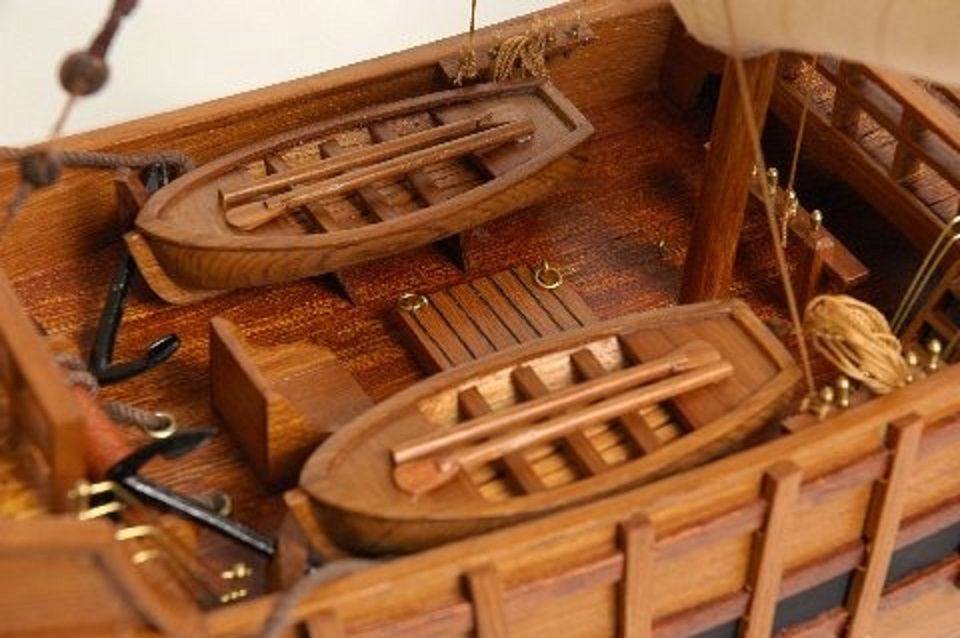 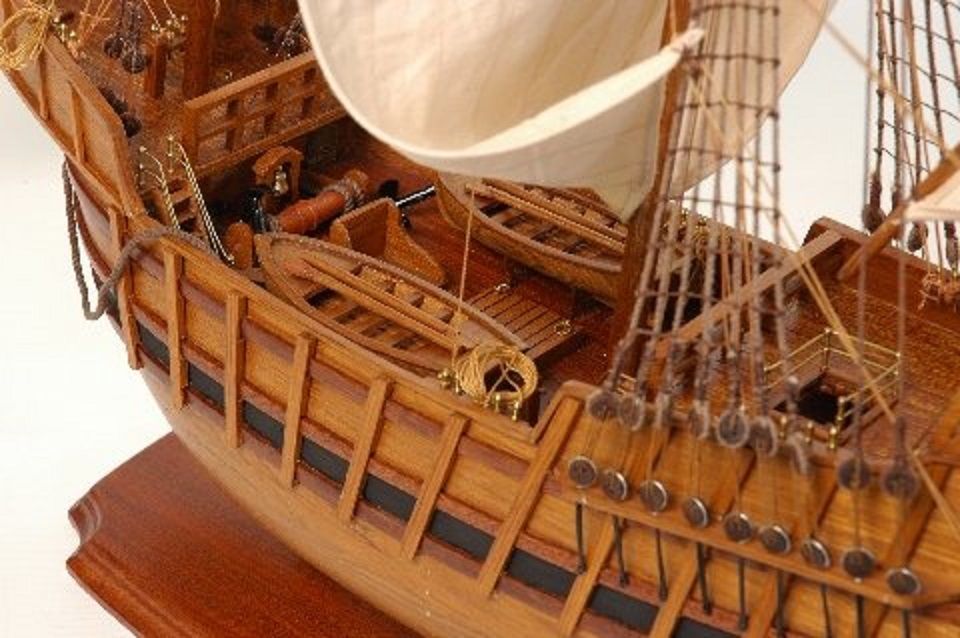 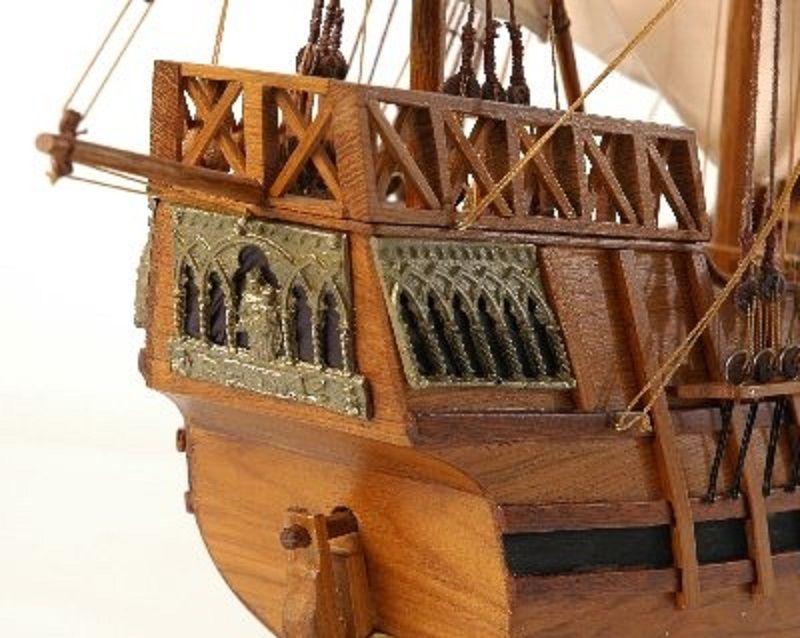 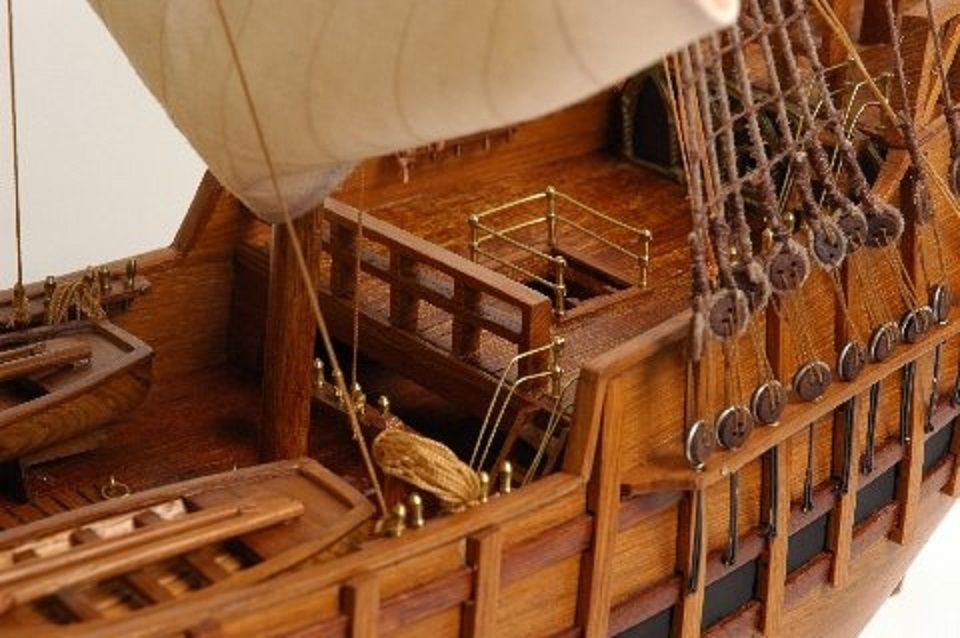 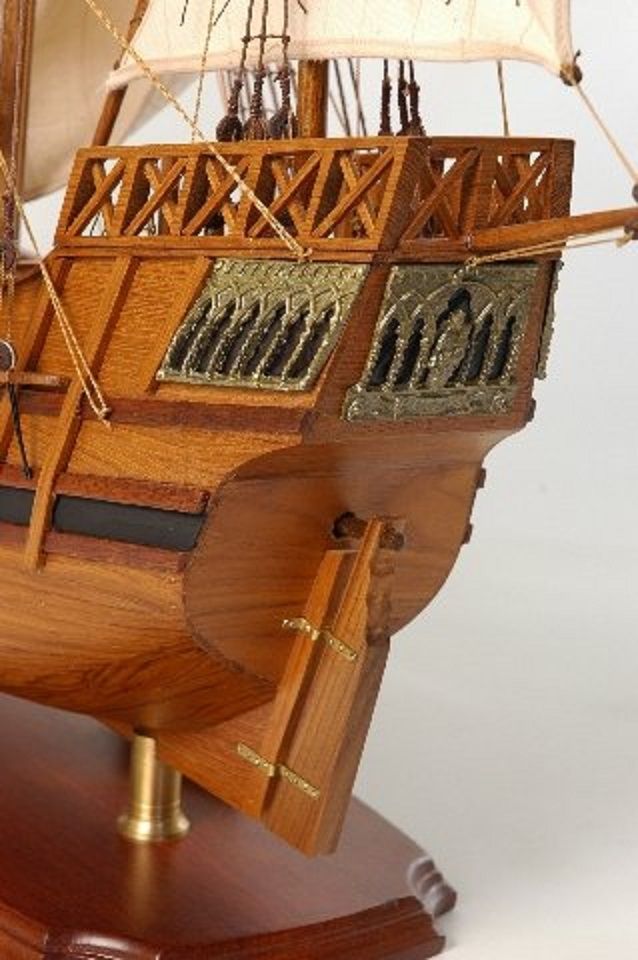 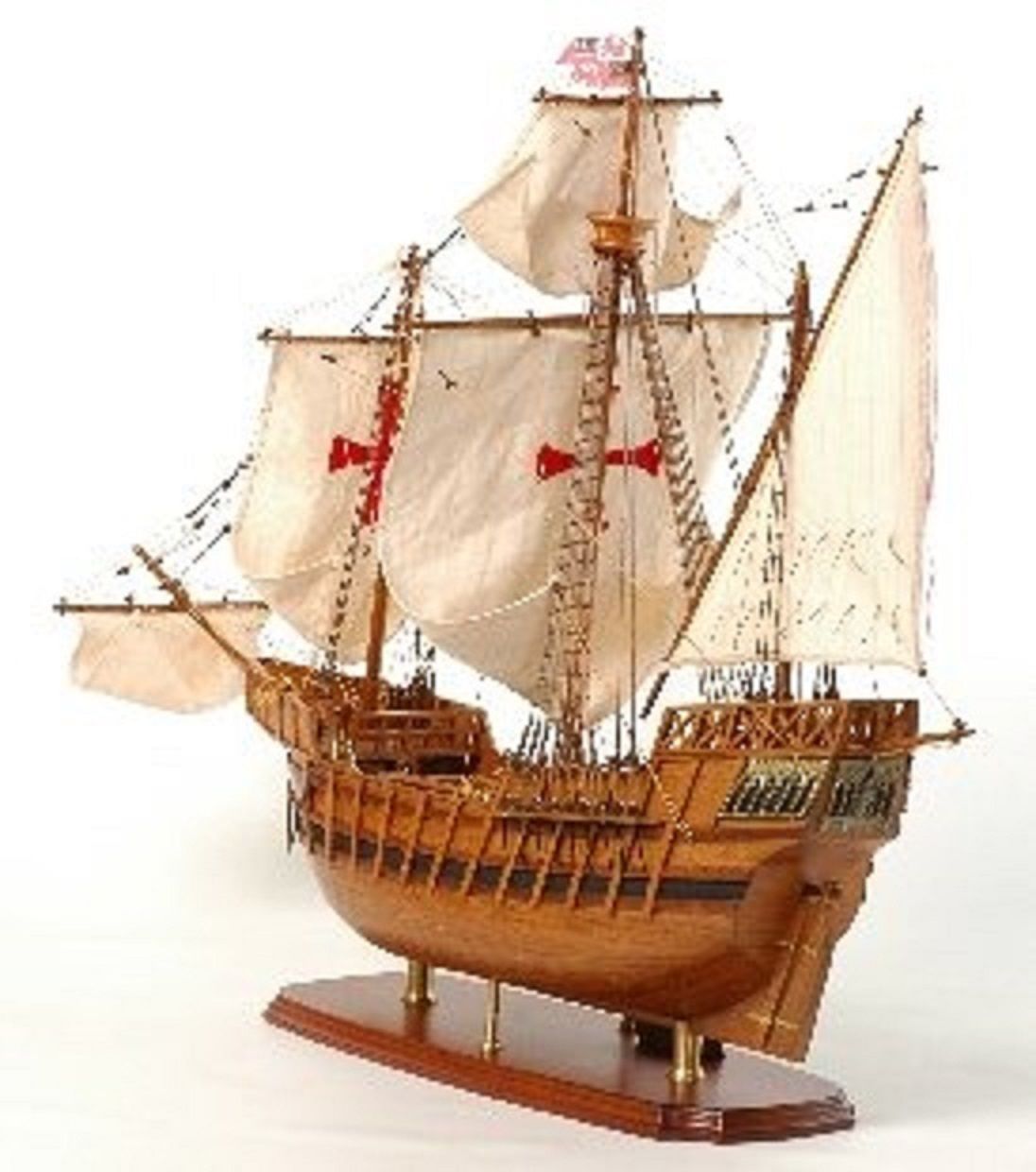 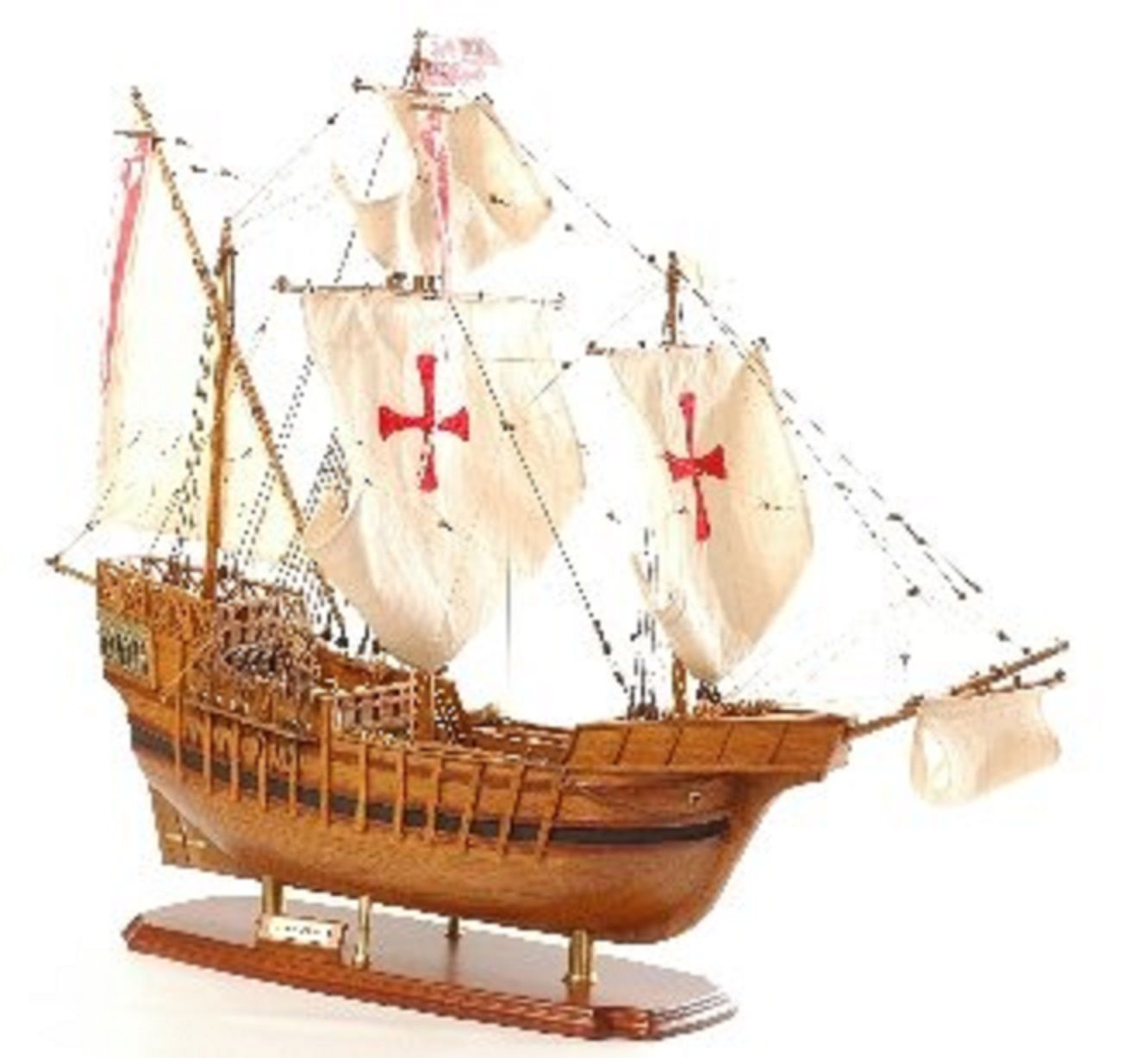 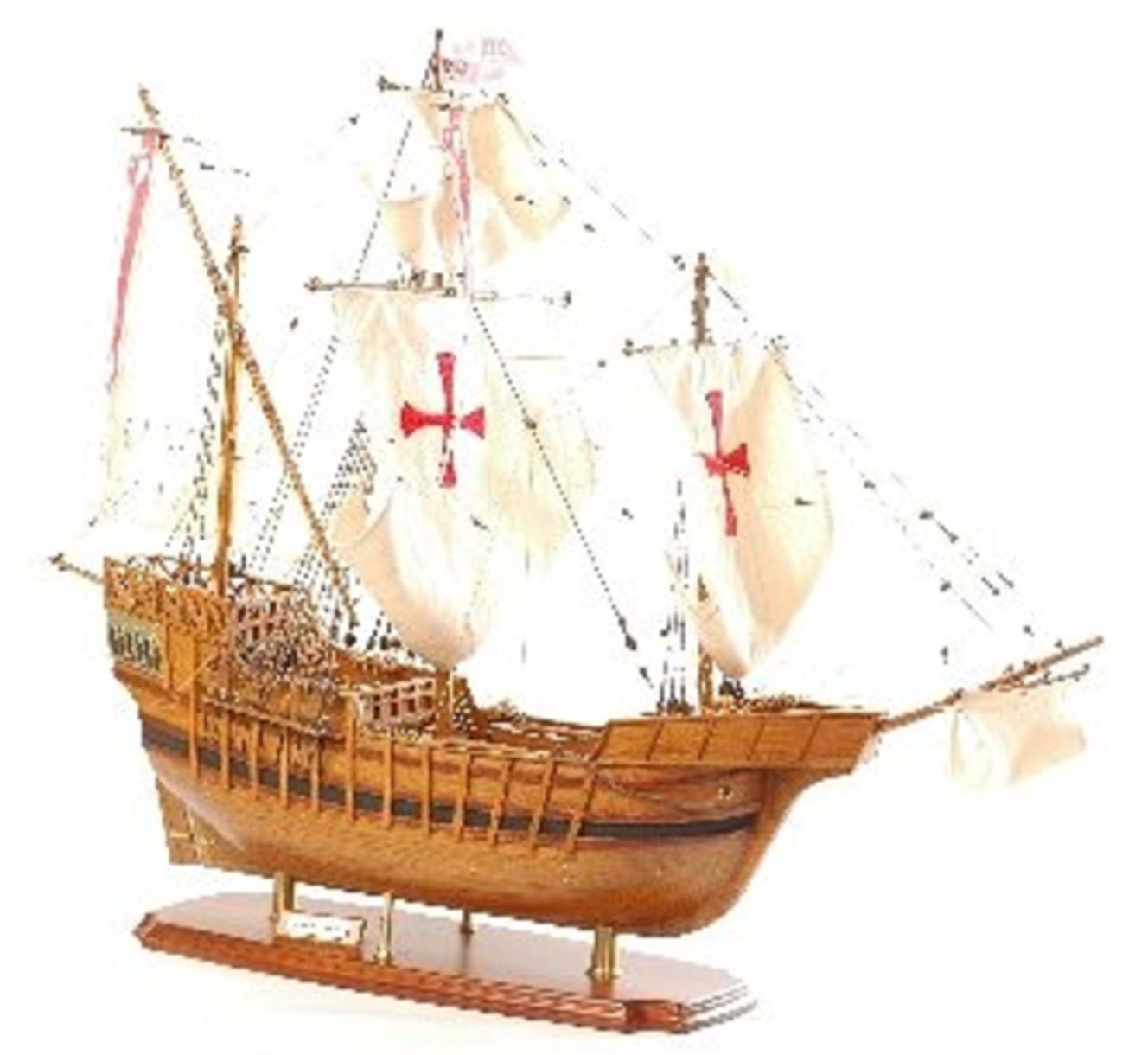 One of the single most important voyages in history was the first of Christopher Columbuss voyage. Columbus discovery was quite accidental as he intended to discover a direct route to the Orient, but landed in South and Central America on his last voyage. He died believing that the Orient was only ten days from Honduras. In fact, he had discovered America.

As a result of being turned down by Joao of Portugal, Columbus moved to Spain in 1485, and managed to interest Ferdinand and Isabella of Castile in his venture. He obtained two caravels, Nina and Pinta and hired the Santa Maria, a merchant ship from Galicia whose owner Juan de la Cosa, sailed as pilot.

Santa Maria was not a particularly large ship for her day, but was chosen by Columbus as her flagship. With one years provision and fairly crude sleeping quarters, she set sail on August 3, 1492. On October 13, 1492, they landed on what is now known as the Bahamas. Interestingly, crew accommodation improved markedly after his crew adopted the hammocks they had found in the Caribbean.

In October 27, 1492, they visited Cuba. Columbus dispatched an embassy to the inland village of Holguin in Cuba; hopeful it could become a major Asiatic Capital. His interpreter, Luis de Torres, whose languages included Aramaic, Hebrew and Arabic, could make no headway. On December 5, at Moustique Bay, they took possession of Haiti in the name of Ferdinand and Isabel. The presence of gold artefacts and the friendliness of the locals encouraged the explorers.

However tragedy struck on Christmas Eve while making their way Eastward, and she was grounded on a coral reef. She was ruined, and Christmas day was spent salvaging what could be saved from the flagship. As it would have been impossible to carry all the crew, thirty-nine of the crew from the Santa Maria and Nina stayed on at La Navidad (a fort in Haiti). On January 4, 1493, Nina set sail with Pinta for the voyage home. The fort was built using the timber from Santa Maria.

As fate would have it, none of the men who stayed behind would survive to greet Columbus on his return in November 1493. A number of replicas of the ships have been built since the 400th anniversary of the first voyage. As there are no accurate plans or descriptions, the dimensions have varied greatly.

Sorry we have no extra information for this product
This Vessel Type is Caravel
Copyright © 2021. UK Premier ship Models. All Rights Reserved.