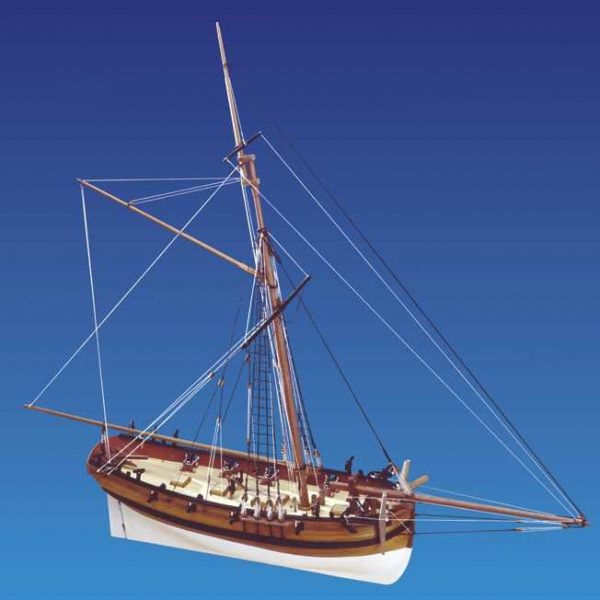 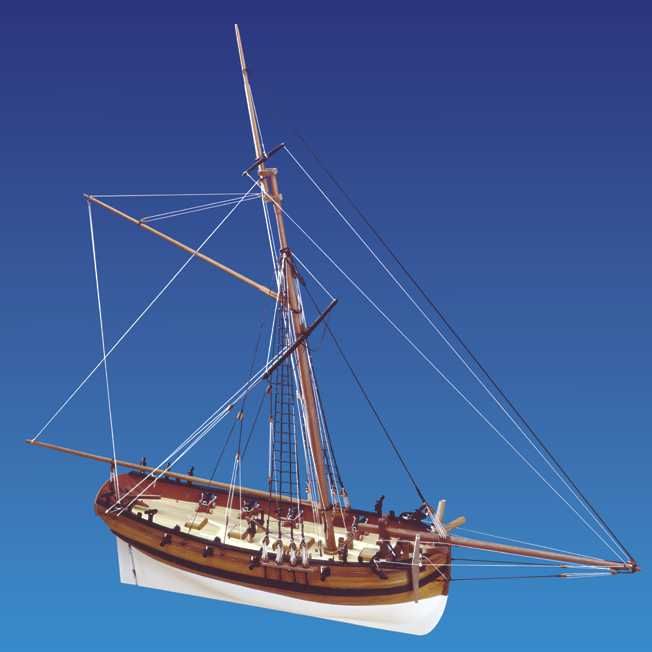 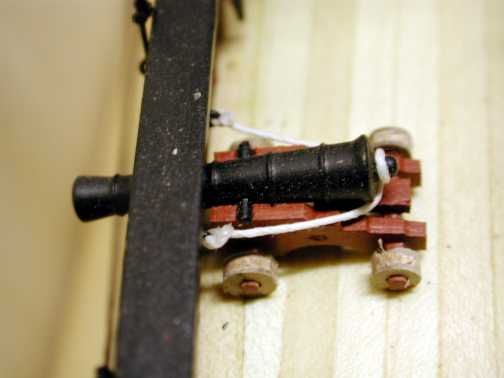 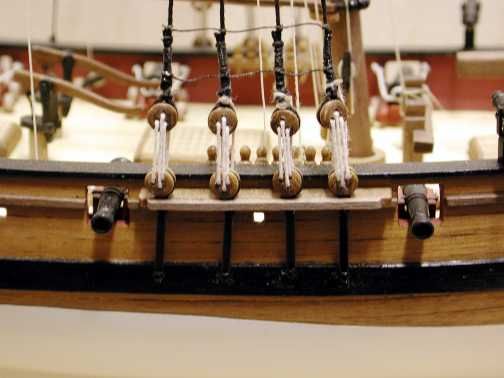 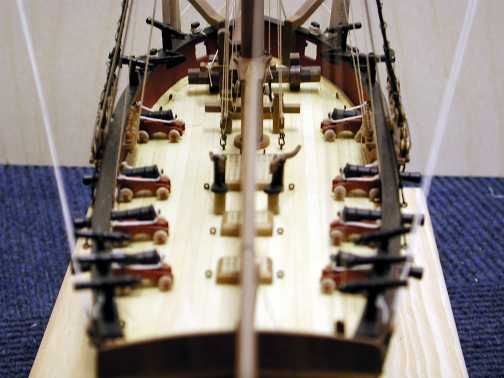 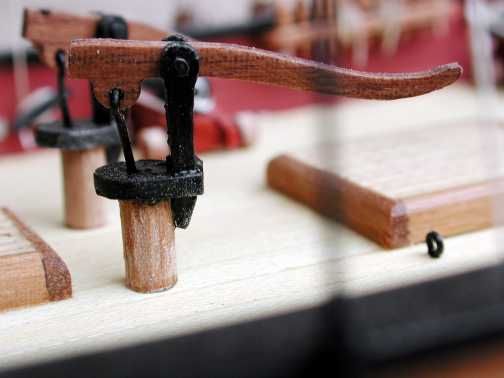 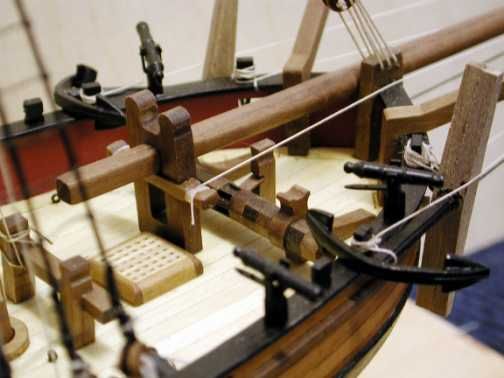 The Sherbourne was a typical British cutter of the 1700’s. Cutters were smaller ships, which focused on speed and manoeuvrability. Their size made them less capable of storing a great number of possessions, so they were not fit to be used as merchant or trade ships. Their lack of armour obviously made them ineffective in battle. So what were they used for?

The Sherbourne helped to protect Britain from smugglers and operated solely in the English Channel. She had two headsails, which when combined with her small size, meant she could catch just about any ship in open water. Having a bowsprit meant she could change direction fairly easily, so it was almost impossible for smugglers to avoid her reach. The Sherbourne was extremely effective in helping to prevent illegal importing during the 1700’s. She was captained by various lieutentants throughout her lifetime and eventually sold in Portsmouth, 1784.

This wooden model ship kit contains all fixtures necessary to build an accurate replica of the smuggler-fighting vessel HM Cutter Sherbourne. In this kit you will find 8 3-pounder guns, black and natural hemp for rigging, 10 swivel guns, CNC cut parts made with walnut. The kit is double plank on bulkhead construction. It is finished in scale 1:64. Full instructions are included and present easy-to-follow steps in English.